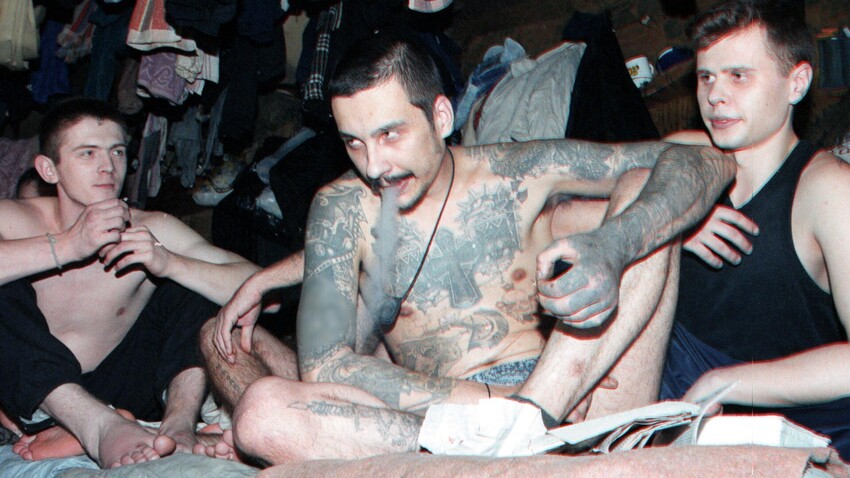 TASS
There are castes that are really difficult to get into. There are also those, however, that are absolutely impossible to get out of. 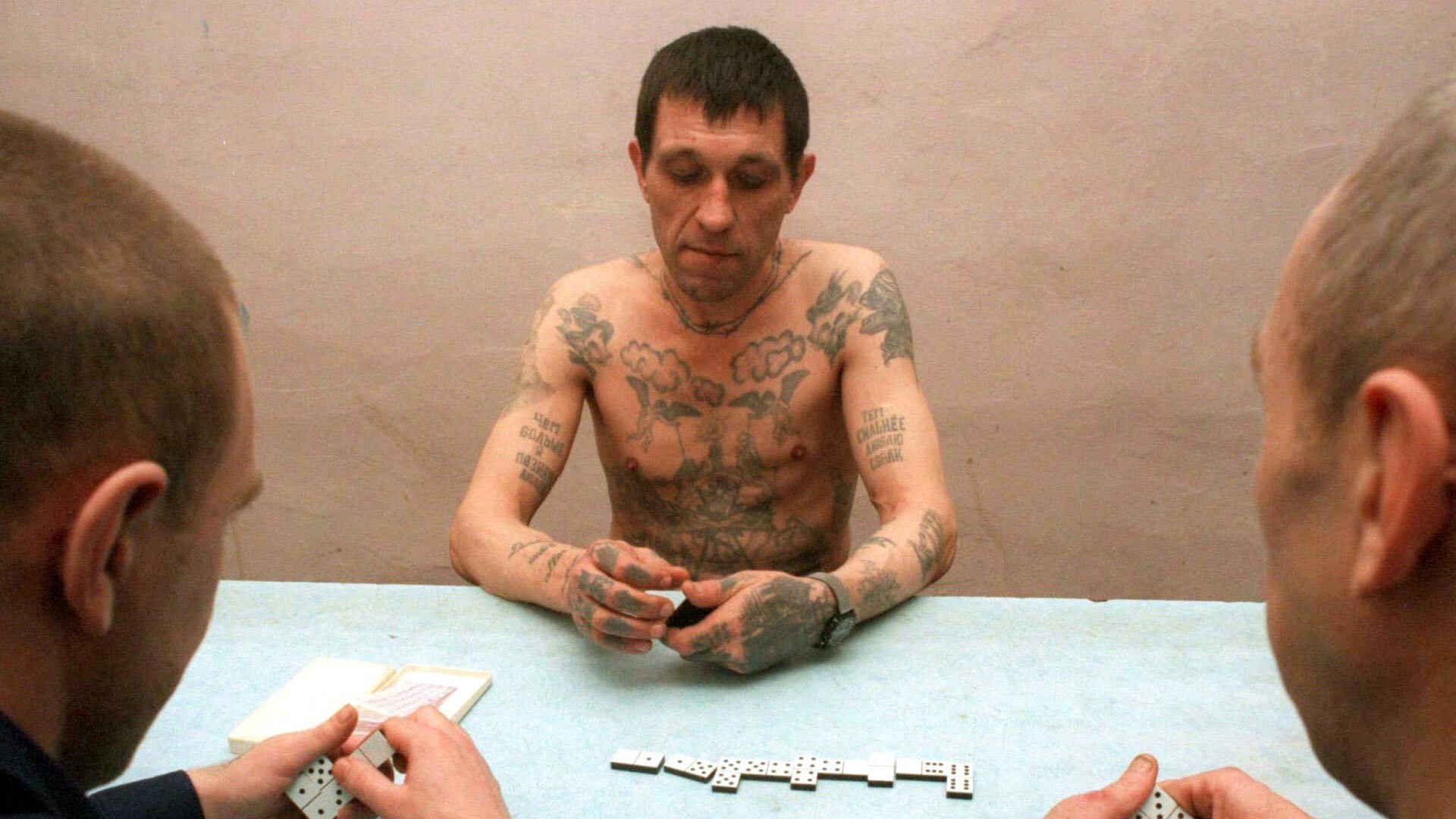 These so-called vory v zakone - or zakonniki (‘Thieves in Law’) are the kings of the criminal underworld. This group of respected bigshots, who control the majority of the criminal world, both in prison and outside, is united by certain common themes.

For instance, the person who would like to get promoted to a “thief in law” must first command unshakeable respect among the thieving ilk, as well as have numerous convictions under their belt and absolutely abhor any cooperation with any state law enforcement structures.

Zakonniki observe and revere a strict code of conduct - the so-called “thief’s law”. Its main principles are loyalty to the thieving idea and the impossibility of any cooperation with law enforcement in any capacity whatsoever, including the prison administration.

When thrown in the zona - or “the zone”, which is slang for a maximum security penal colony - the thieves  oversee the obschak - the common criminal cash reserve, as well as set up their own law and solve any issues and conflicts, according to a set of ponyatiya - or “concepts”, a slang term that used to penetrate deep into the Russian vernacular in the post-Soviet days, even outside the criminal world.

To learn more about thieves in law and what they do once free, click here. 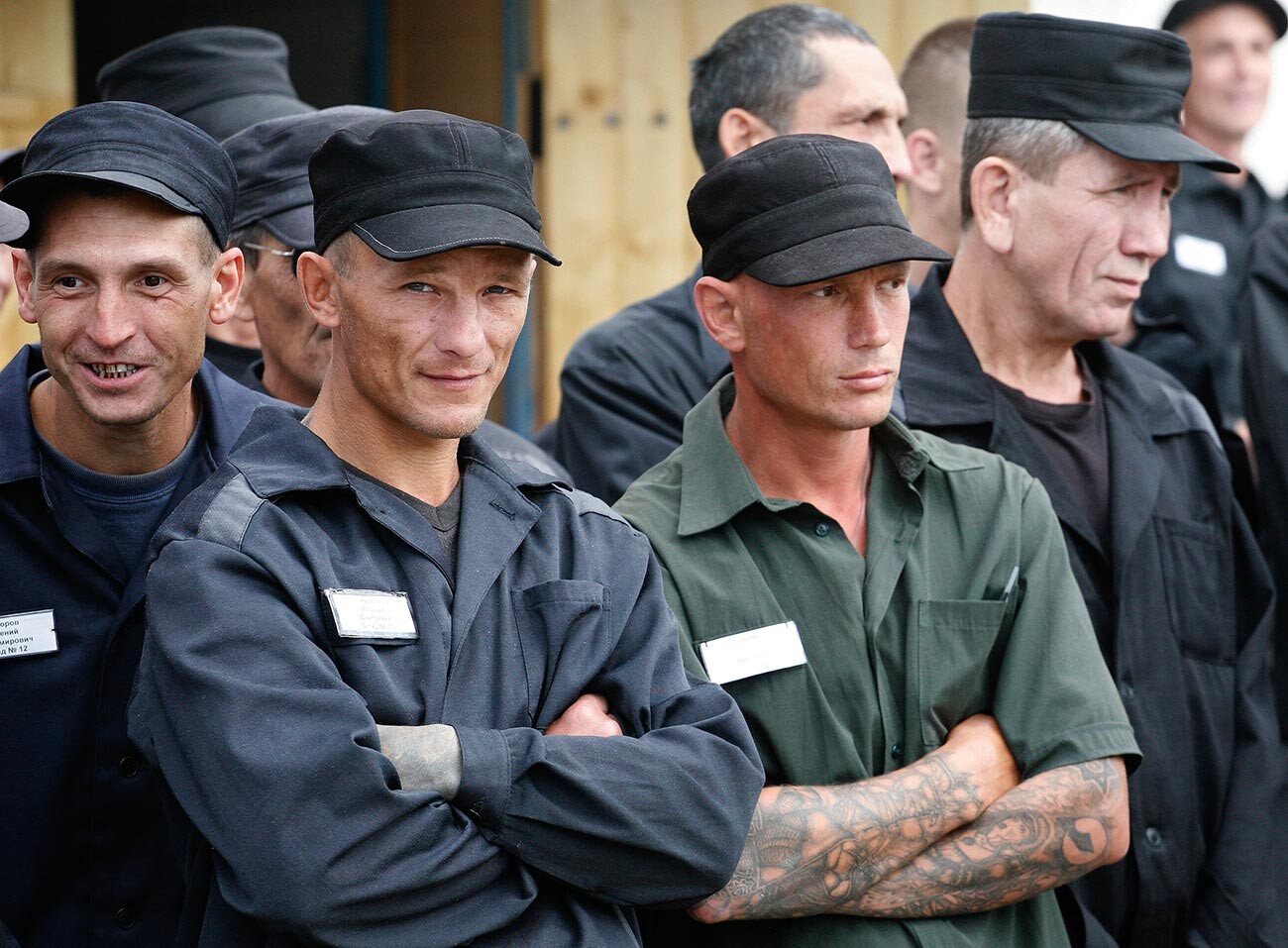 After thieves in law come the Blatniyeh - which also loosely translates as “thieves”, slightly complicating the matter. However, it is a slightly different caste. It sits right below the top caste in the prison hierarchy. This group controls the law inside the zona, where life is lived according to prison law. But, in the zones, where authority belongs to the prison administration, the influence of the Blaniyeh is often curtailed, due to the law against cooperation with, well - the actual law.

Oftentimes, this caste is made up of regular professional criminals. However, an inmate who had previously served on the police force or worked in the service industry (cab driver, waiter, etc.) can’t become a blatnoy.

In the “zone”, where that caste holds power, its members are in charge of the obschak, as well as supplying the prison with tea, cigarettes and groceries; they also act as arbiters in conflicts between inmates, using the aforementioned ponyatiya to guide them.

The blatniyeh themselves don’t self-apply that term, calling themselves either arrestanti - “the arrested”, or brodyagi - “roamers”. 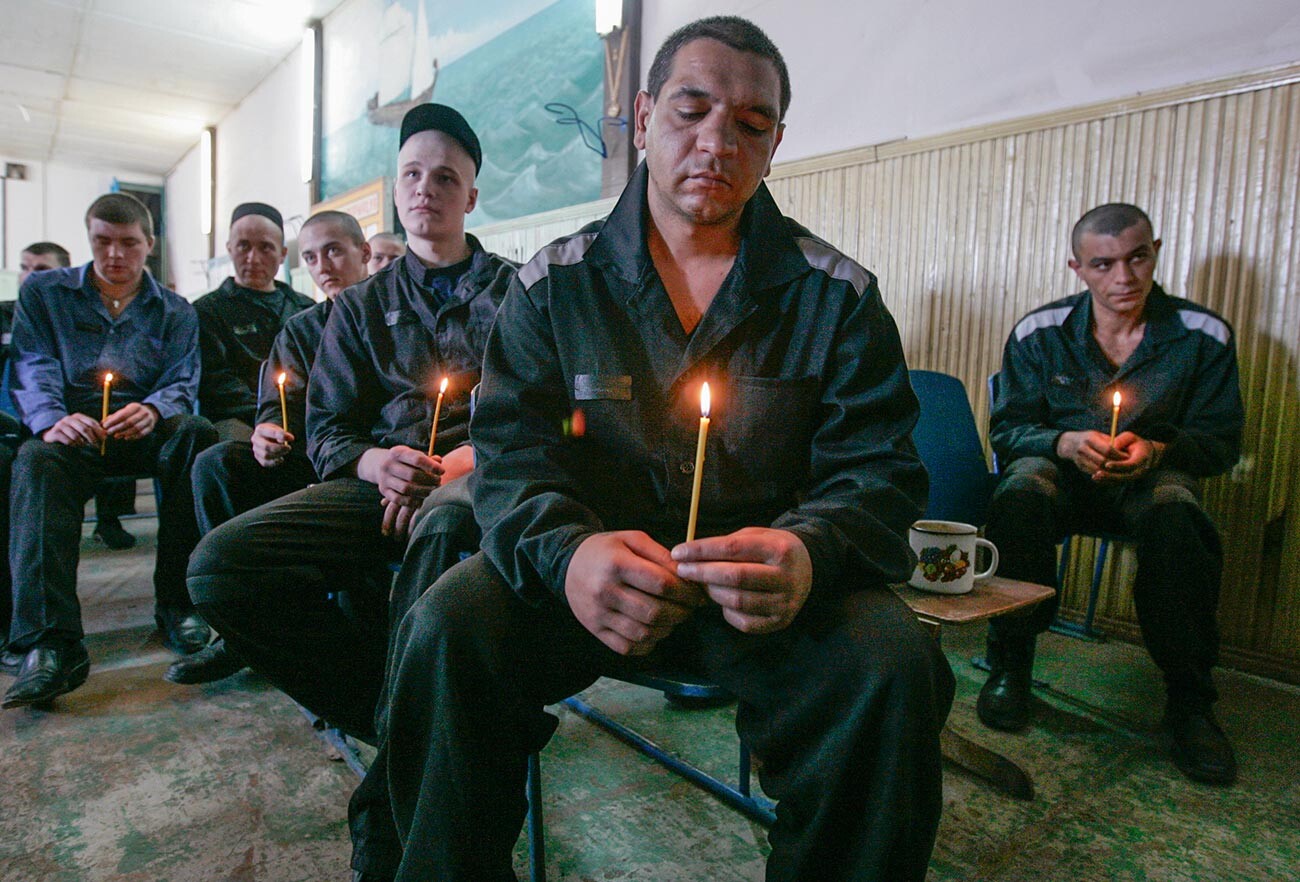 Muzhiki are the most widespread caste in the Russian penal colony system. Unlike the blatniyeh, these guys are not professional criminals or regular prison guests. Members of this caste end up in prison usually as a result of committing a single offense, as opposed to systematic criminal activity. For the most part, muzhiki don’t cooperate with the prison administration, but they don’t take part in prison life either, staying on the sidelines of internal squabbles. They do prison work and hope to not return to the penal colony after serving their sentence. 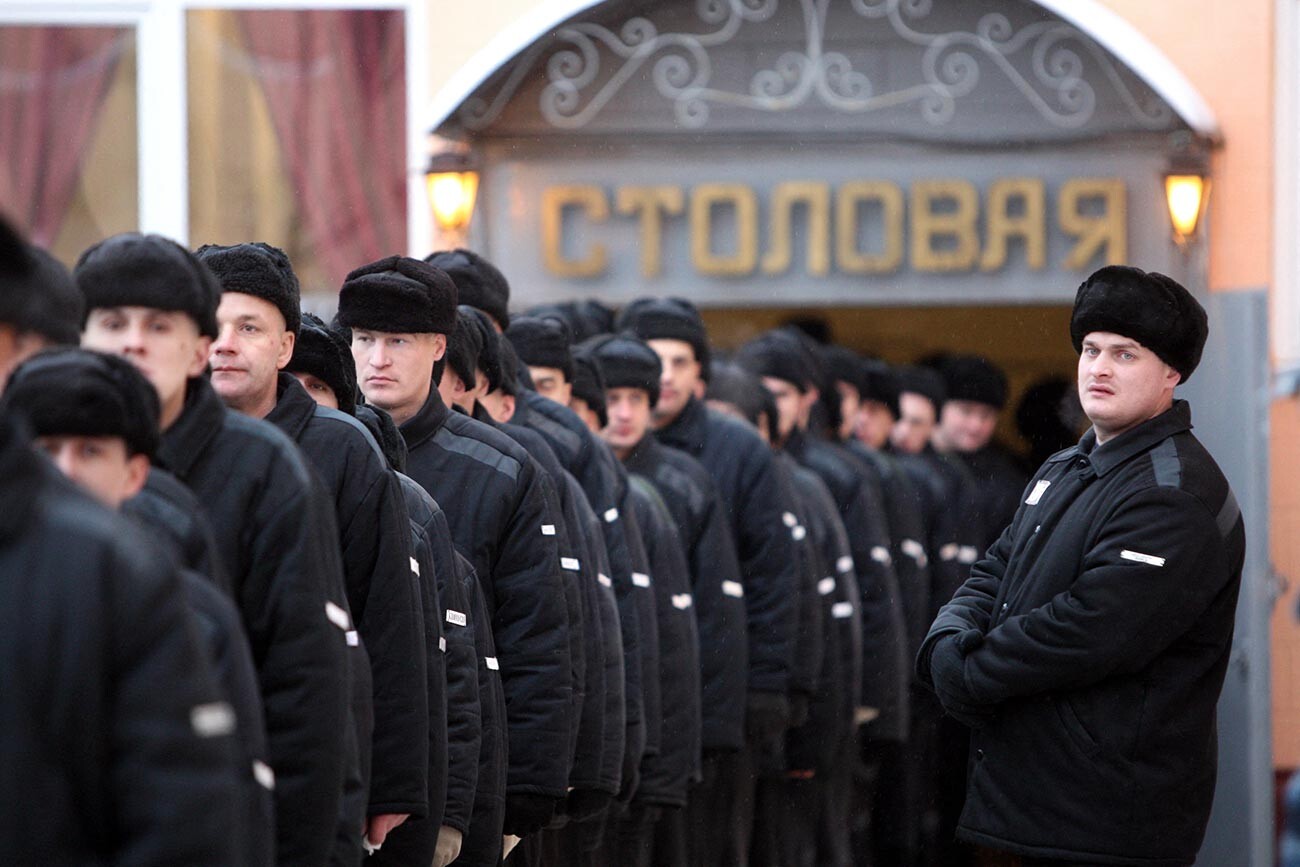 Inmates of this social class carry different types of monikers. They readily agree to cooperate with the wardens and may themselves occupy a variety of administrative posts in the zona.

They are patently disliked by other castes. In colonies where the vorovskoy zakon is the law, these inmates may be kept separated from others in the interest of safeguarding them from numerous bloody conflicts and/or acts of retribution.

Meanwhile, in prisons where the administration has full control over what goes on, doling out harsh punishment for various vorovskiye types of order, the “activists” enjoy a greater degree of safety or privileged position, as well as the wardens cutting them slack and providing other niceties, which they receive in return for performing their duties.

Generally, a kozel (“goat”) is a name reserved for those who stand out for their actions - and not for performing an assigned prison duty; however, if an inmate shows an active desire to cooperate with the administration in the interest of extracting some benefits, he can be sure he’ll be downgraded to the rank of suka - a “bitch”. 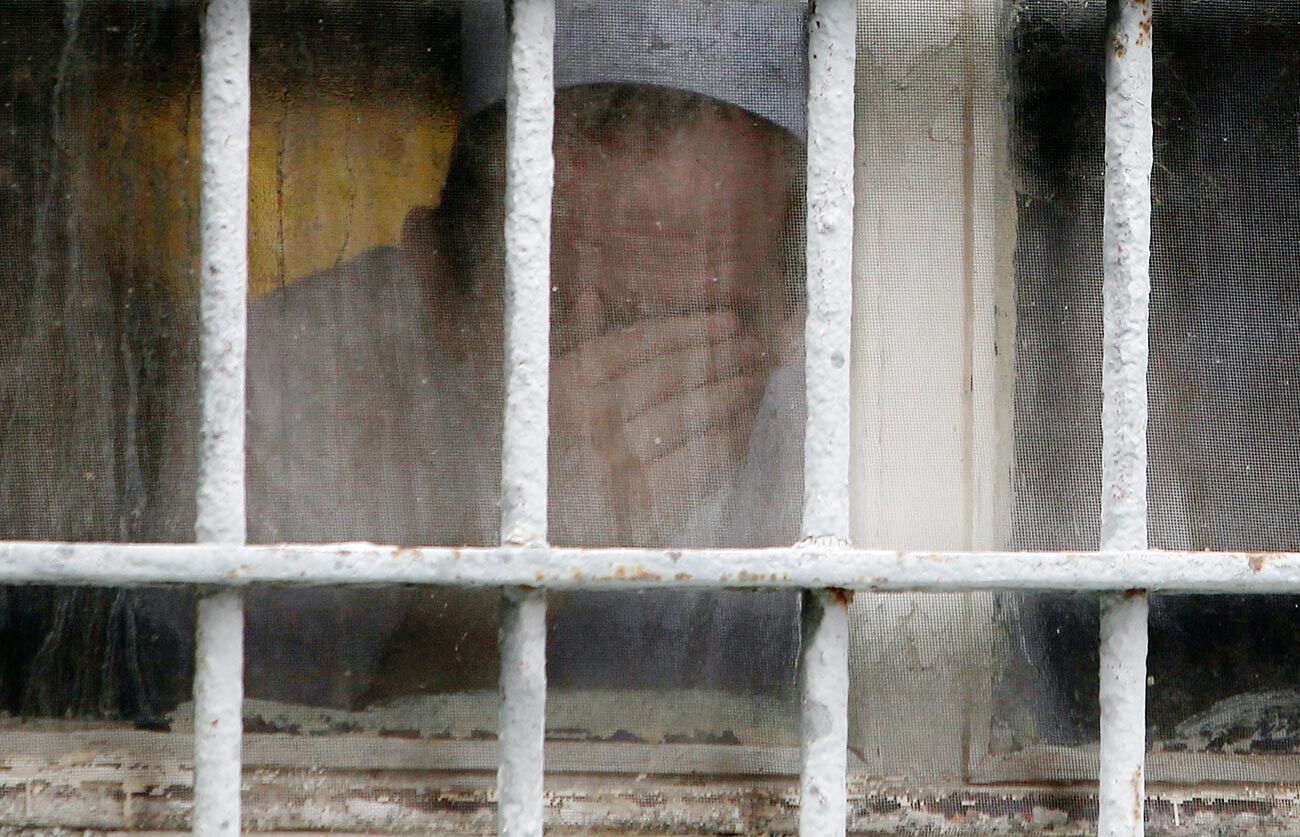 Petukhi (“cocks”, also known as “the shamed”) are the lowest of the low and are often isolated from the general prison population. They have their own kitchenware (usually marked with a hole) and their own place of sleep (often near the toilet). Touching them, their things, or borrowing food or cigarettes from them is strictly prohibited for other inmates, lest one be “downgraded” to a petukh himself - even if the “crime” is accidental.

The opuschenniyeh themselves must steer clear of the rest of the inmate castes and stand fast against the wall when they pass, letting them go through. All the dirty work - such as cleaning the toilets and so on - is usually left to the members of this caste.

The “downgraded” are those who’ve committed serious transgression either in the ‘zone’ (such as not paying a debt or stealing from other inmates), but also those who commit crimes or belong to unfavorable categories on the outside (being gay automatically puts you in that category). It may also include those who tolerated an offense against themselves, and did not seek retribution; as well as those that committed an offense or treated another inmate with dishonor, and could not back it up in the ‘court’ of the blatniyeh or other higher-up witnesses. One can also end up in the caste for associating with the already downgraded, as well as borrowing or using their things - again, even if the crime is accidental. 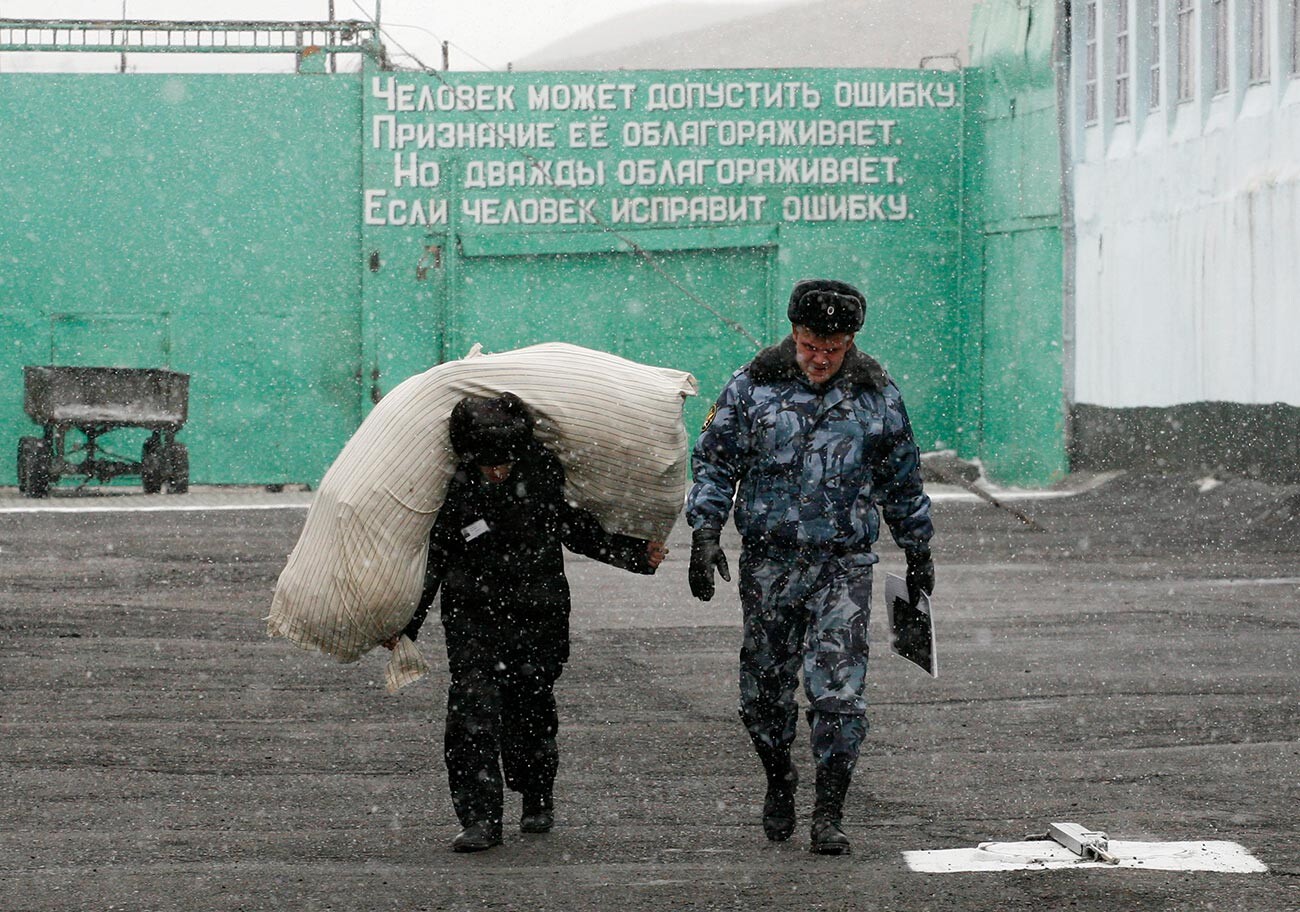 Aside from the main castes, the Russian prison hierarchy includes lesser known and less numerous groups one may encounter in facilities throughout the country.

Shestyorki - or “sixes”, as in the number “6” - are those who are forced to act as servants to the blatniyeh class. Sherstyanniyeh - or “wool”, as in a sweater - are those that are tasked with coordinated attacks and beatings or other inmates, usually at the behest of the administration. Chertee - or “devils” - are there to carry out various dirty deeds for other inmates for a monetary reward; the krysy are “rats”: they snitch on other inmates; musora - the non-existent plural form of “garbage/trash” - is a Russian slang term for “cop”: they are former law enforcement who were put behind bars.

Click here to find out who were ‘thieves-in-law’, Russia’s violent mafia bosses?