Why did Soviet citizens buy things for a lifetime? 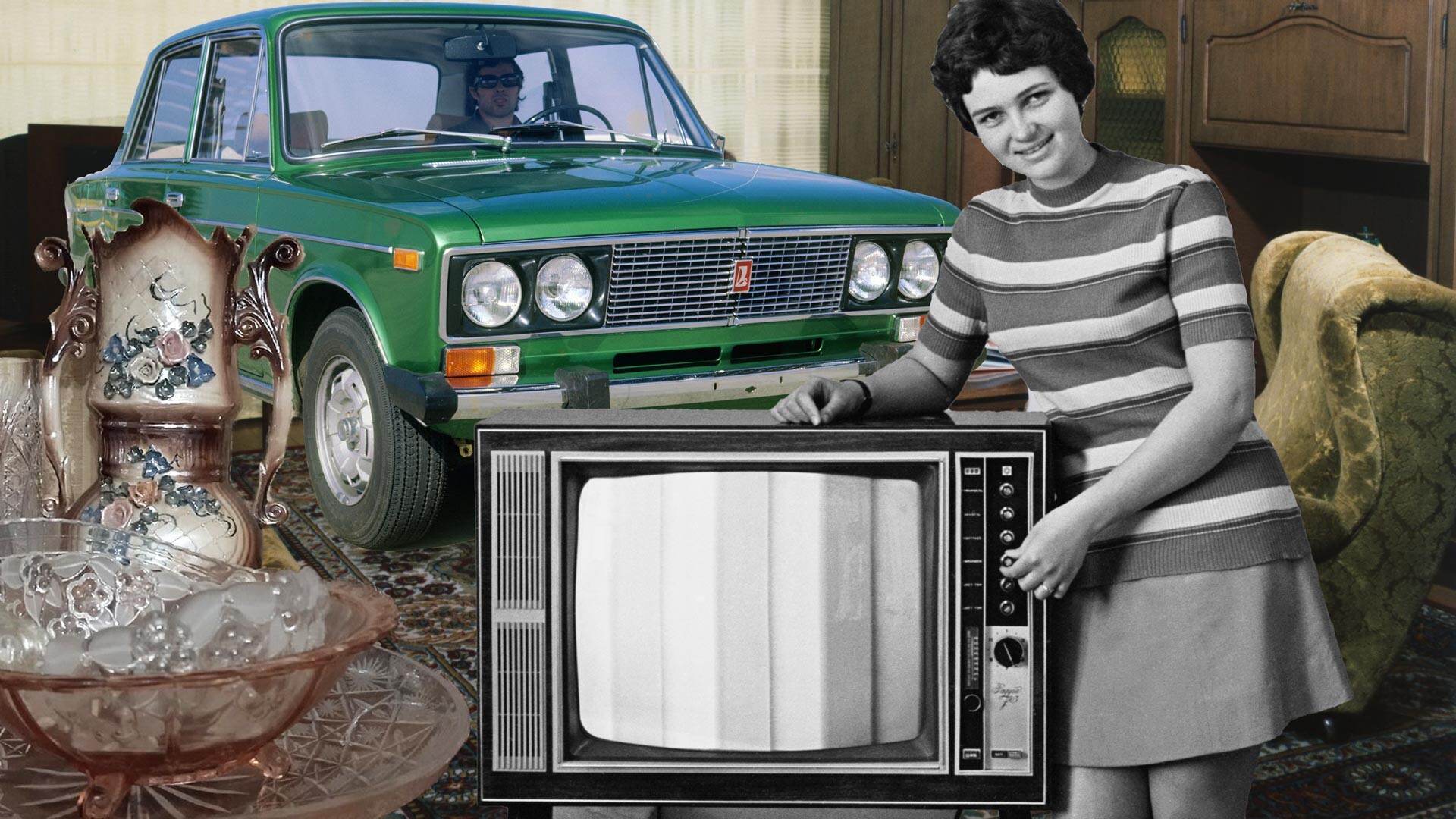 Russia Beyond (N. Zheludovich / TASS; Yuri Belozerov / TASS; Maxim Blokhin / TASS; Alexey Rakovschik)
The average service life of a Soviet wall unit was 30 years, for a car 50 years, and for a carpet almost forever. But this longevity wasn’t just a matter of thrift. Soviet goods were more about quality than quantity.

In 1999, Dmitry Naim, originally from Pervouralsk, turned 14 and plucked up the courage to ask out a girl he liked. Wanting to impress her, he decided to take her for a ride in his father's first car, a 1972 VAZ-2106. In Soviet times, few people could dream of a car. Salaries were tiny, and sometimes not paid at all. While his father was sleeping, Dmitry stole the keys, sat behind the wheel and went to meet his date.

“We went skating and kissed in the moonlight. It was July. Then I gave her a pair of earrings and taught her to drive. Sure, I got in trouble with my parents afterwards, but it was worth it!” he recalls. 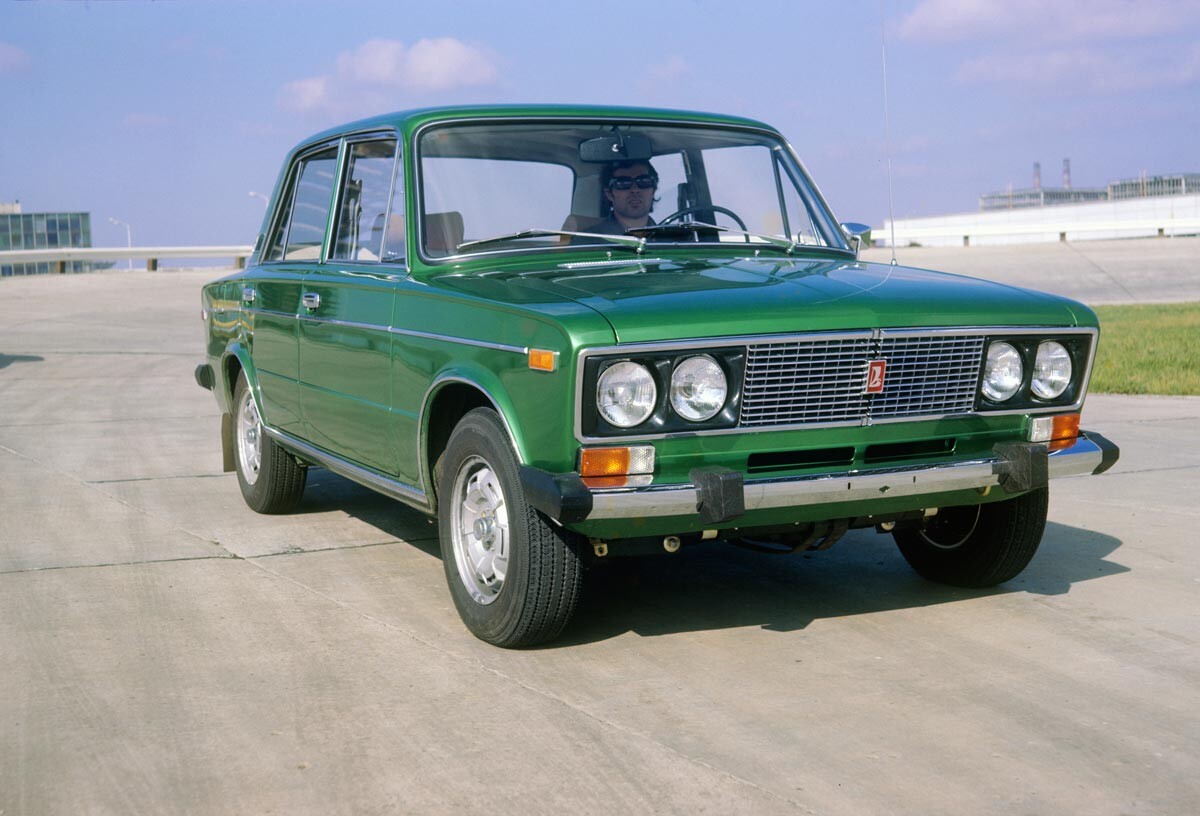 Togliatti. The car of the new model VAZ-2106 of the Volga Automobile Plant

Today, Dmitry is married to another woman, has children, and his father's car is still in the garage in working order.

According to Dmitry, and others like him who grew up in the USSR, goods back then were bought for generations to come and lasted a long time.

Shortages played an important role in the choice of goods. People, especially in the provincial regions, had trouble getting hold of a high-quality wall unit and TV set. If they could find them at all, it was mainly through friends and relatives who worked in the business and had direct access. Having bought a TV, no one knew when they would be able to replace it or buy a second one. Plus, low wages encouraged people to buy quality things that would last for ages.

Elena Krasnova, 72, lived in Taganrog, in southern Russia in Soviet times. She recalls that furniture or household appliances were scarce, and in any case her salary would not have stretched that far. She went to Moscow to get a TV and a tape recorder, to Riga for a coffee grinder (Latvia was part of the USSR from 1940 to 1991), and to the socialist Czechoslovakia for dishware and a crystal chandelier. 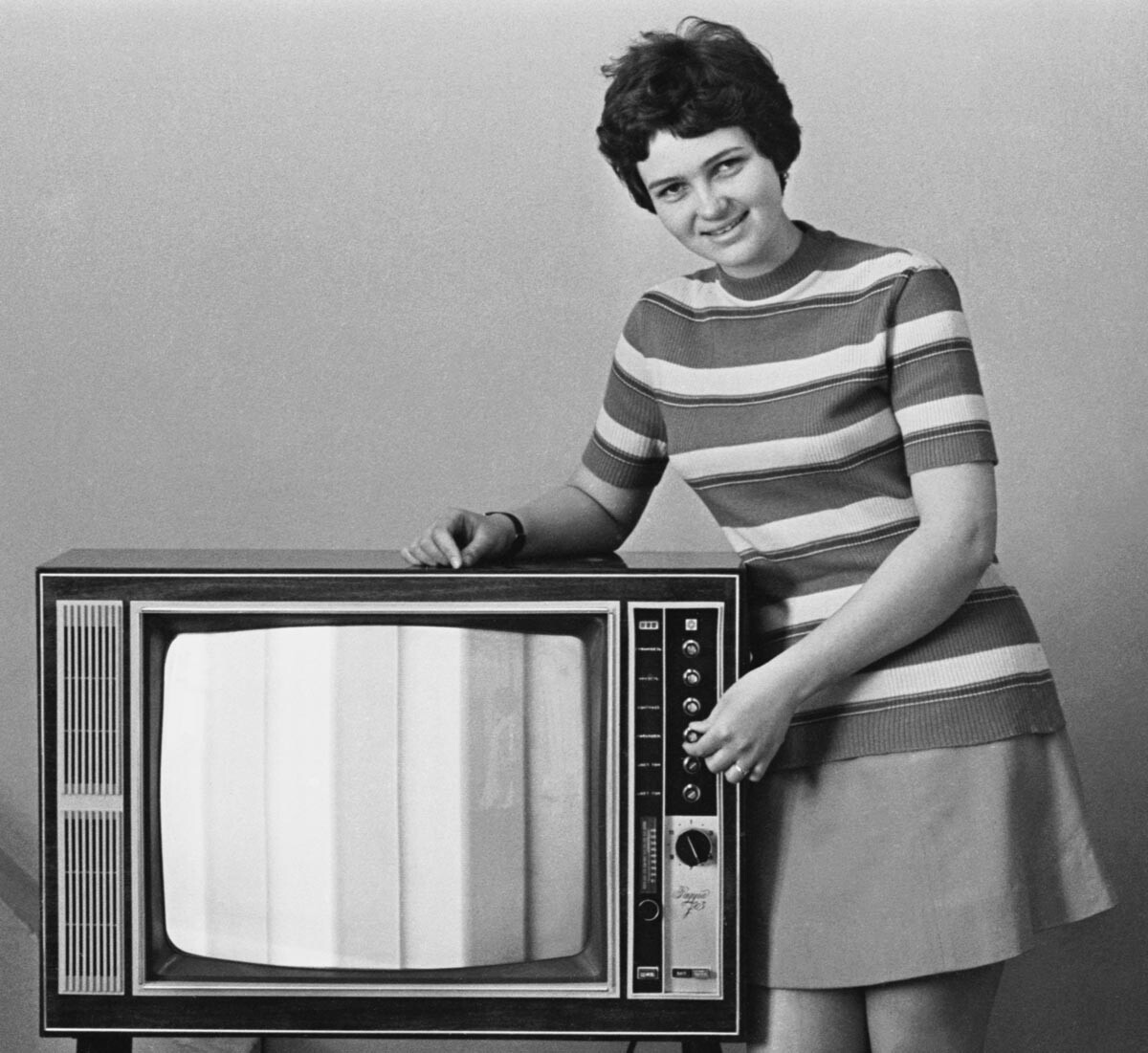 The USSR. Leningrad. On May 2, 1973, the installer Anna Savelyeva during a demonstration of the Rainbow-303 color TV

“In Czechoslovakia, I exchanged 300 rubles for the local currency, korunas, and bought some Czech dishes and chandeliers. It was possible to get a sheepskin coat for 600 rubles, but it was too expensive. The average salary was 120 rubles,” she recalls.

As a child, 42-year-old Olga Pastushkova from Samara, on her parents’ instructions, would stand in line for butter, sausage and meat cutlets. Her mother's apartment today still has a Soviet-era sideboard with crystal vases, which the family also stood in line for. 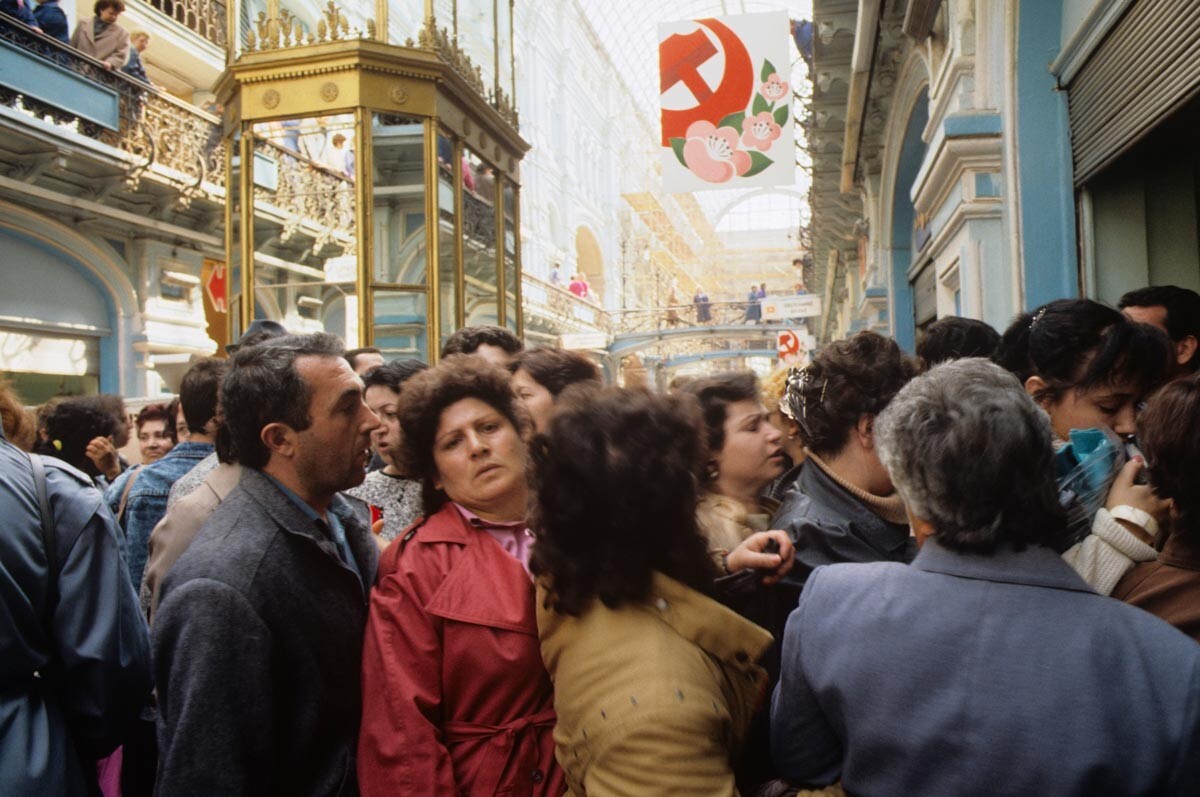 GUM - a large shopping complex (department store) in the center of Moscow, 1989

“Mom passed away this year, but that thing is still with us. Back then, production was about quality, not quantity,” says Pastushkova.

Alexei Rakovshchik, 63, from St Petersburg, used to stand in line with his wife and mother-in-law. Once he queued for several hours for some knickers for his wife, which were in terribly short supply. 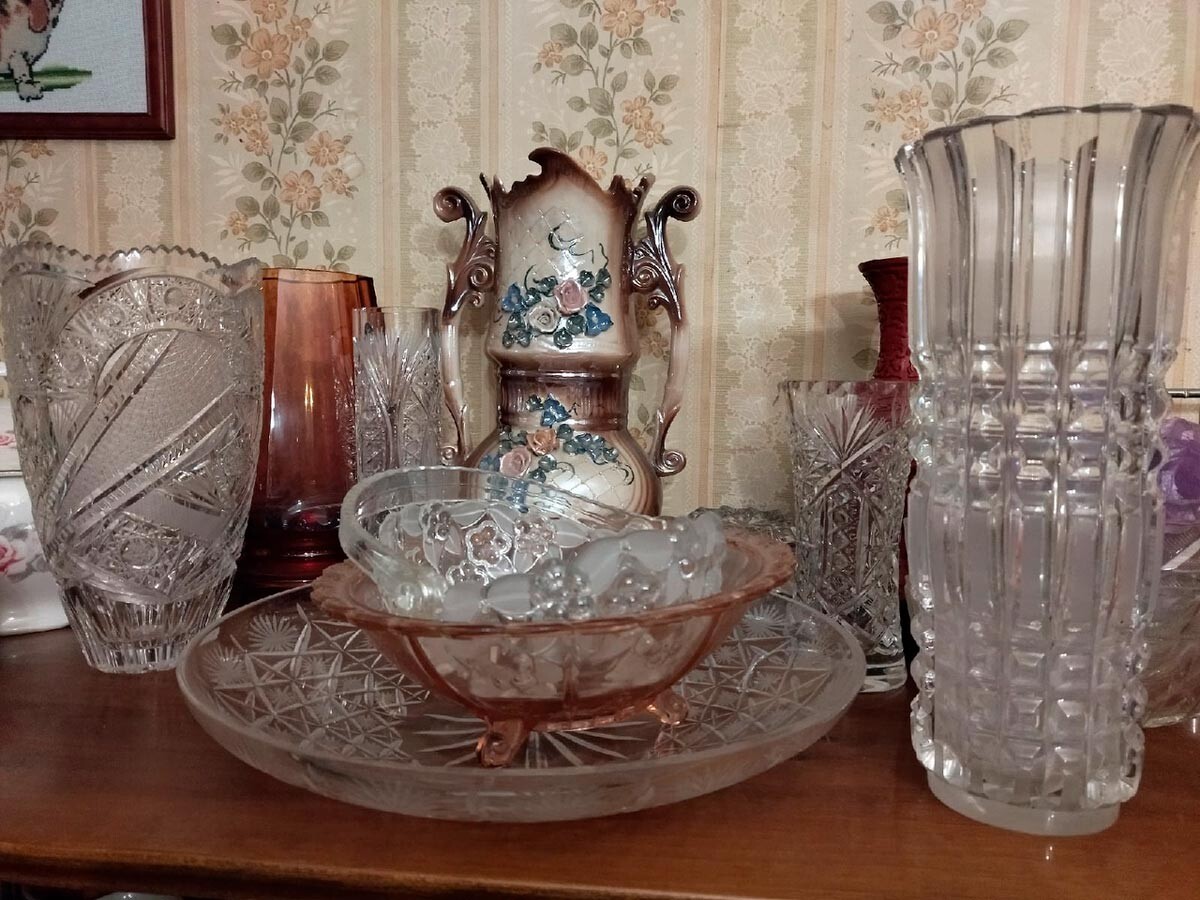 “My wife stood in line for several hours at the DLT [House of Leningrad Trade] to get a fur coat for our daughter. And once my mother-in-law and wife were at a men’s clothing store. The suits they’d hoped to buy had run out, but instead a TV was on sale. They bought it immediately. Well, it was understood that good products were made to last. Besides, I grow fond of things, I like ones that are convenient and reliable,” Rakovschik explains.

Repairs and faith in GOST

The perennial shortages gave rise to the habit of buying reliable things for the long term, rather than constantly forking out money for new stuff. 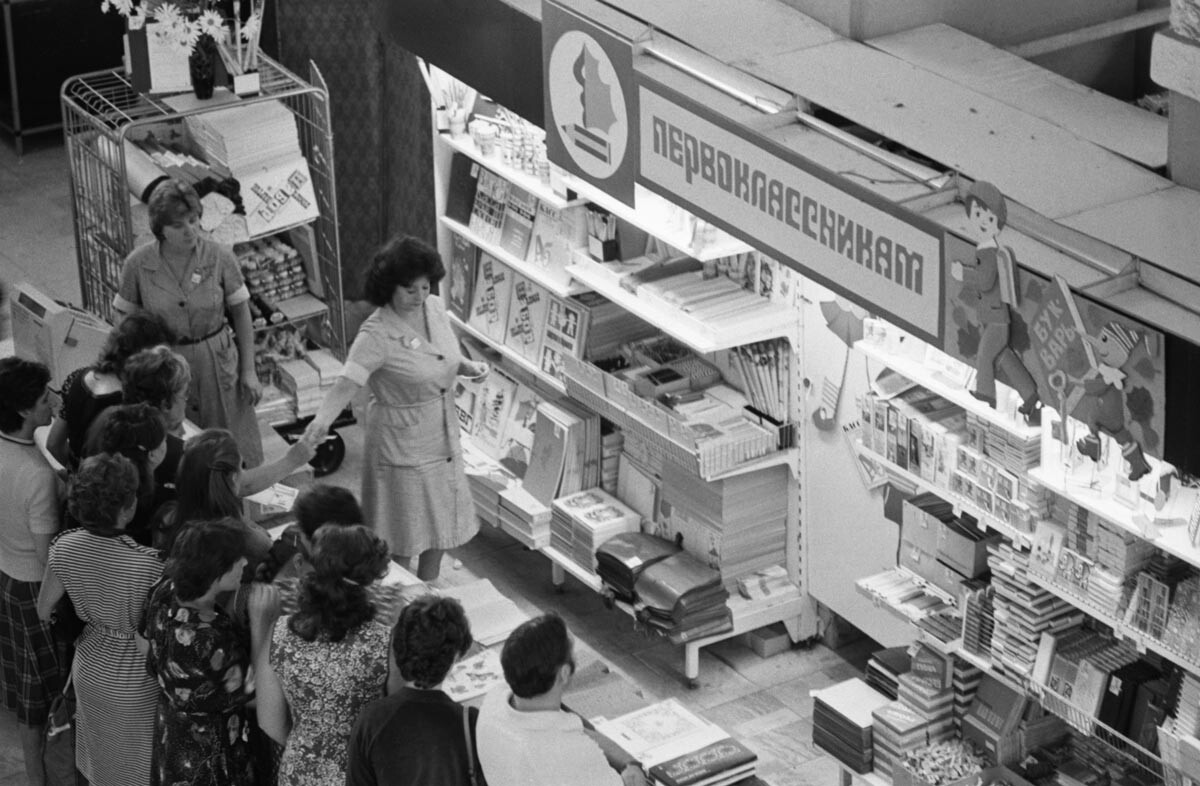 Leningrad. August 1 , 1984 The department of stationery for schoolchildren in the "House of Leningrad trade"

In the USSR, the state monitored the quality of goods. Back in the 1920s, a system of standards was developed, known as GOST, and starting in the 1960s all civilian goods were stamped with the OTK (Technical Control Department) seal of approval. Some high-quality products were even branded with a special quality mark. 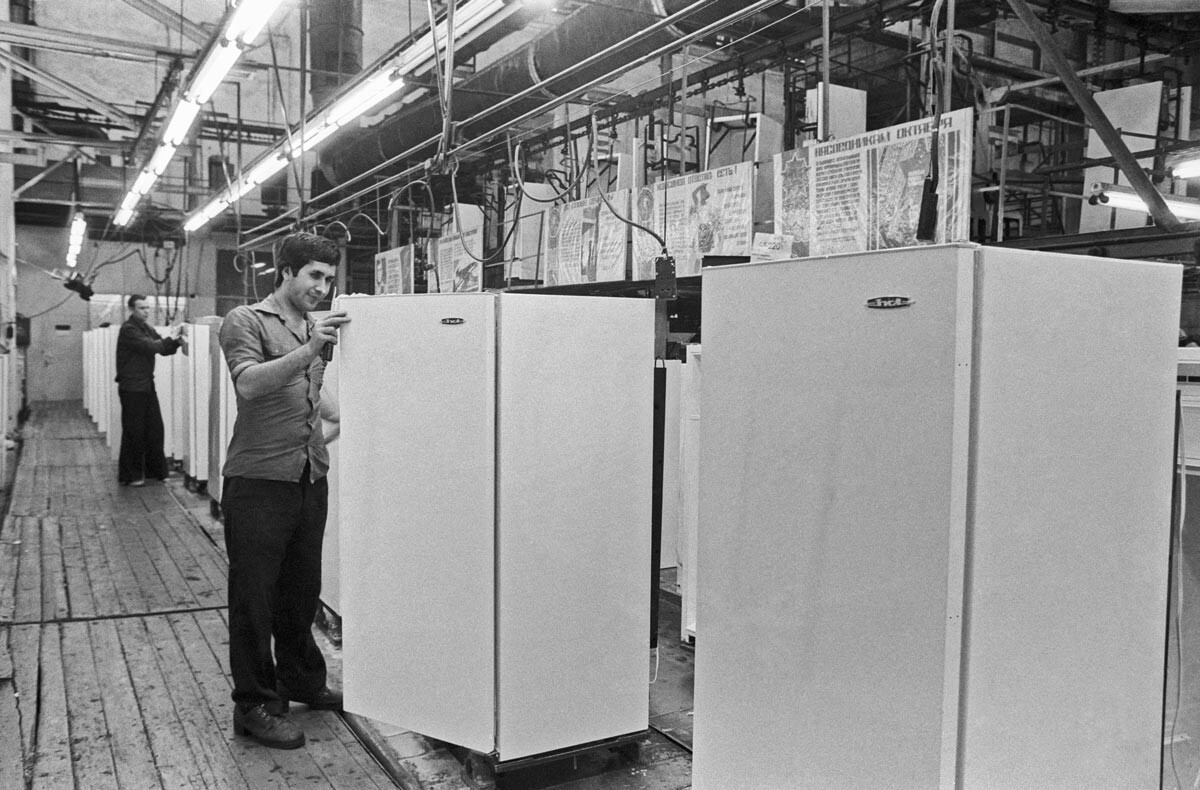 In those days, many things were also easy to repair, recalls 56-year-old Dmitry Popov from St Petersburg. His parents bought a ZIL refrigerator in the 1960s, which is still in working order at the dacha.

“Things used to be repairable; that is, repairing was far cheaper than replacing. Our refrigerator, although outdated, performs its functions if used sparingly. There have never been major breakdowns,” says Popov. 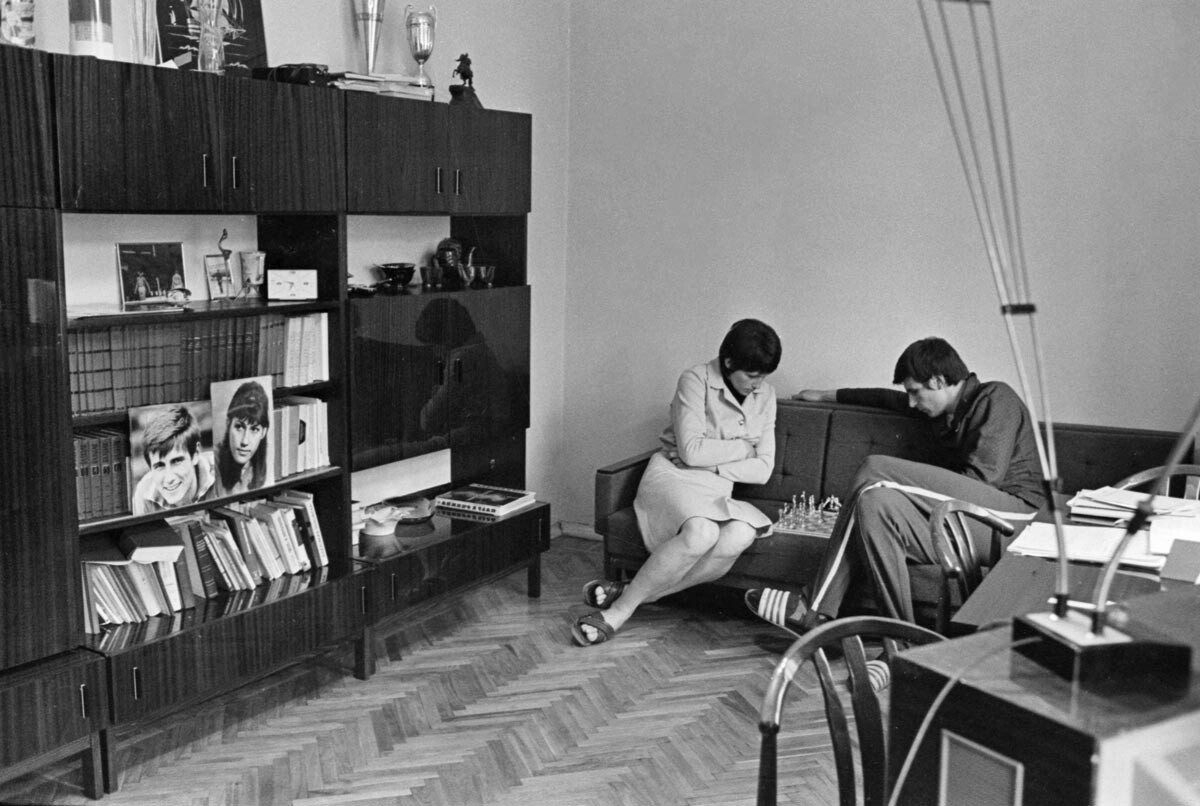 The USSR. On April 1, 1973, the couple in the living room of a typical apartment during a game of chess

The furniture that Marina from a village in the Pskov Region bought in the 1970s has served her for over 40 years. She has no intention of throwing it away, primarily because she considers it aesthetic and “genuine.” “I love the way it looks. Furniture in those days was made of natural wood and looked beautiful!”