How Moscow has been decorated for New Year 2022 (PHOTOS) 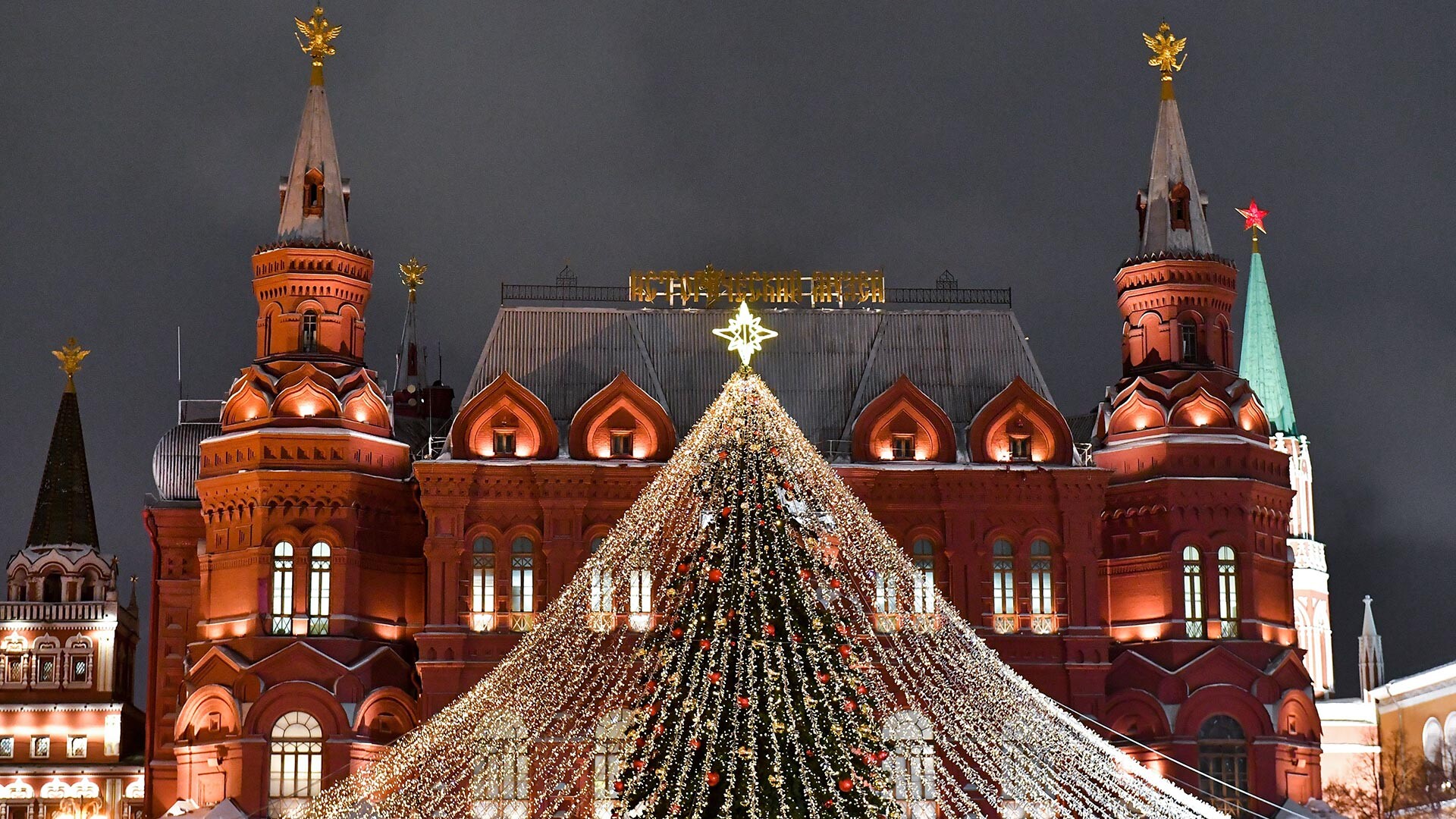 In their everyday life, Muscovites seldom go to the Red Square or the city center just to take a walk. Usually, they just go about their business, only occasionally noticing how beautiful their city is. But during the New Year holiday season, irrespective of the weather, tourists (who are not numerous this year) and locals alike spend hours wandering around a completely transformed city. 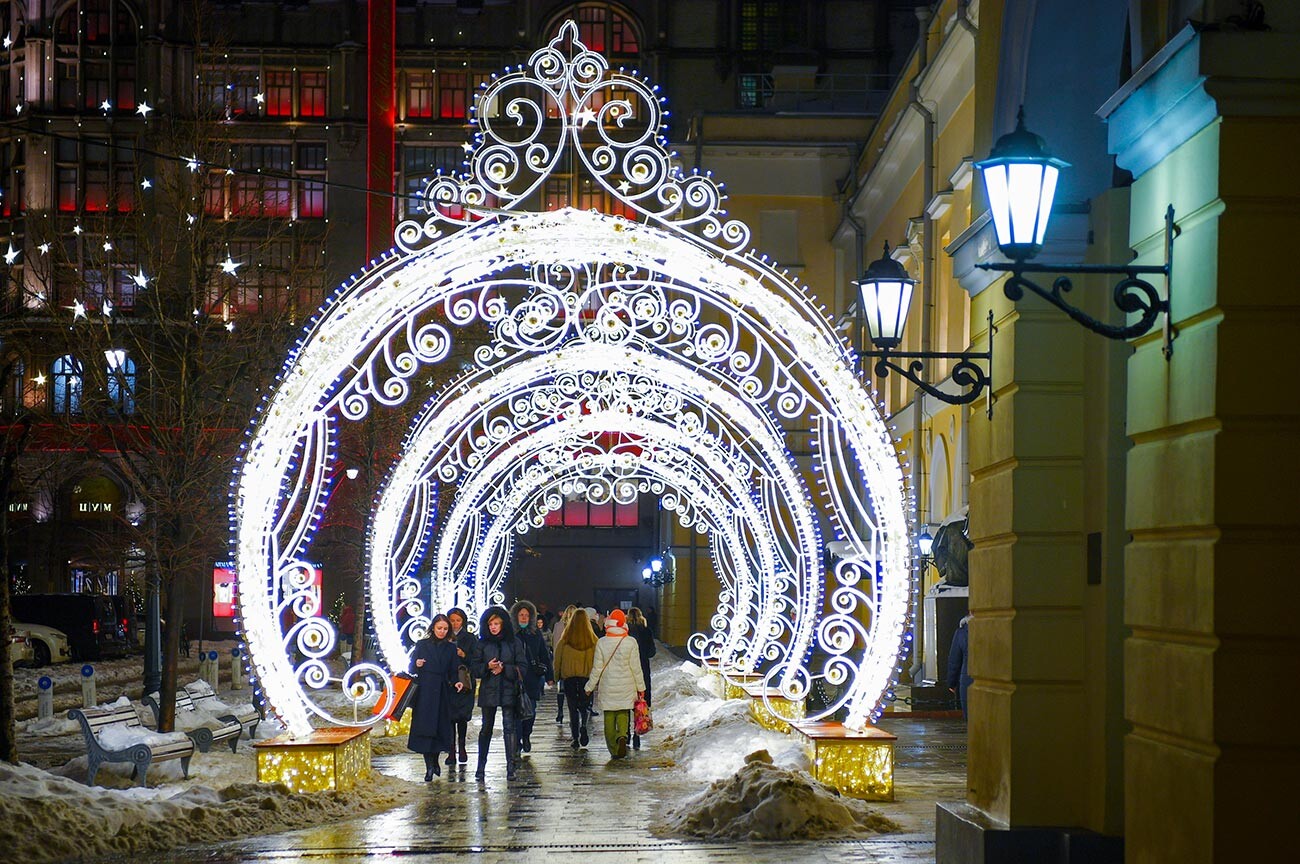 The embankments of the Moskva River have been decorated with champagne flutes. So, even being stuck in a New Year traffic jam is (a bit) more fun! 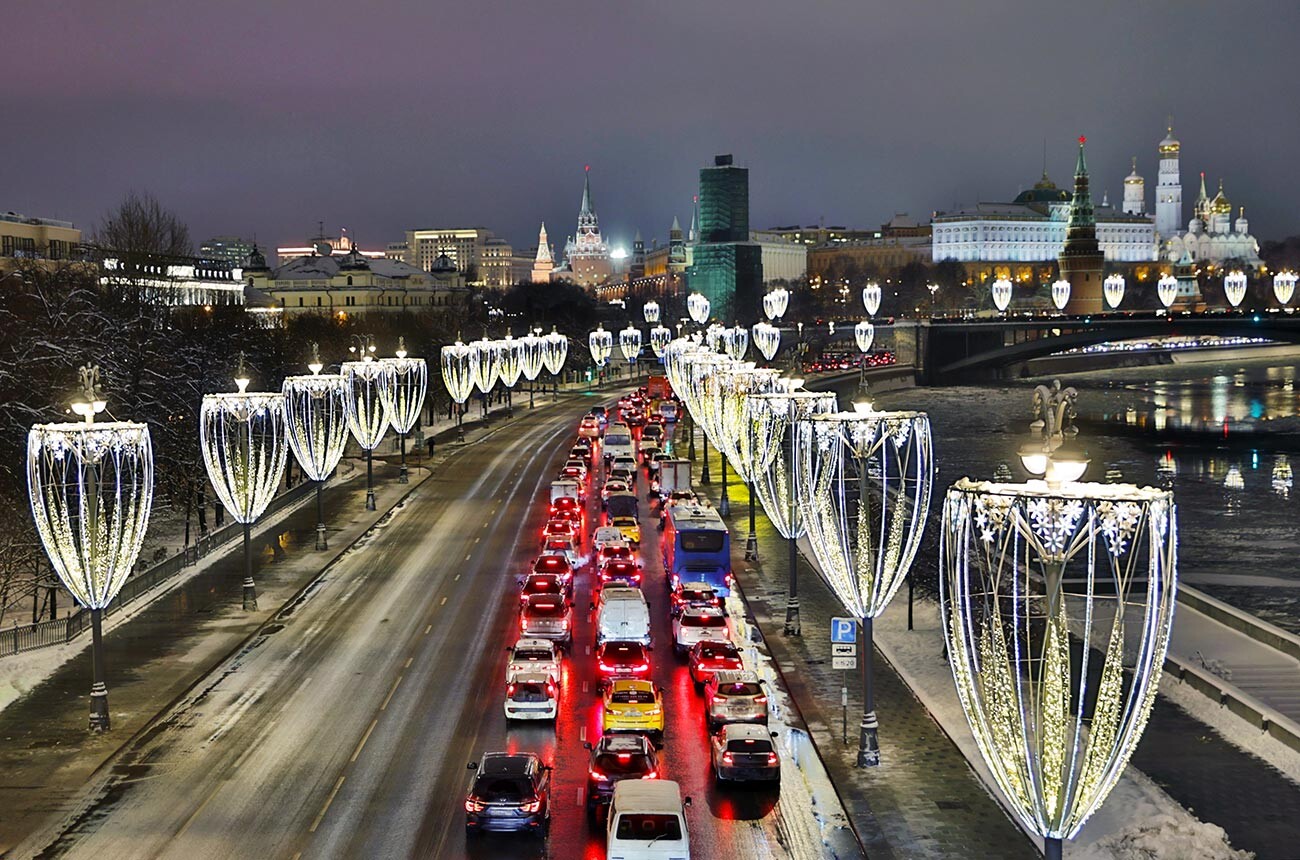 A whole forest of elegant Christmas trees has also appeared at the entrance to the Gorky Park. 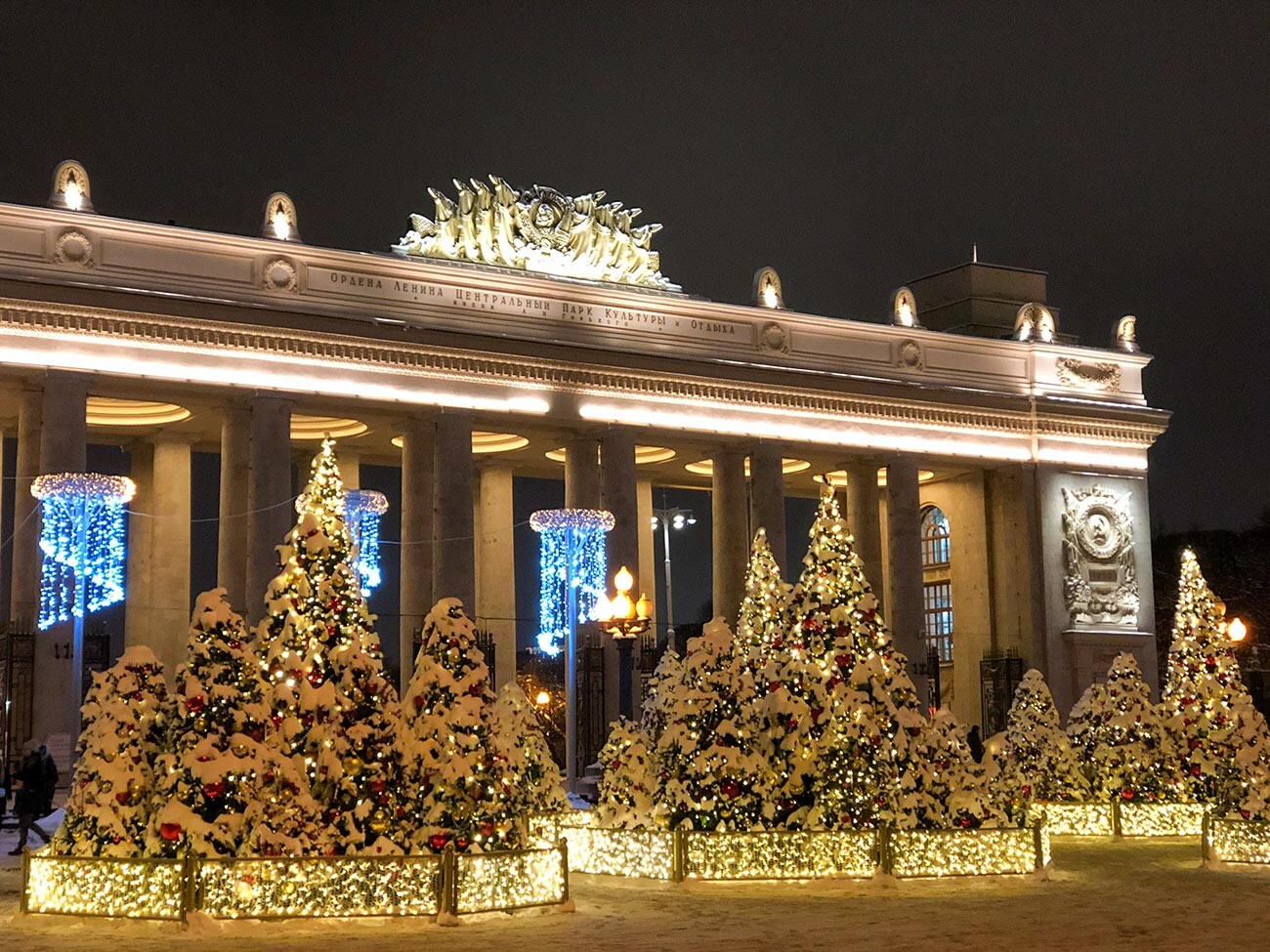 As well as a fairy tale installation. 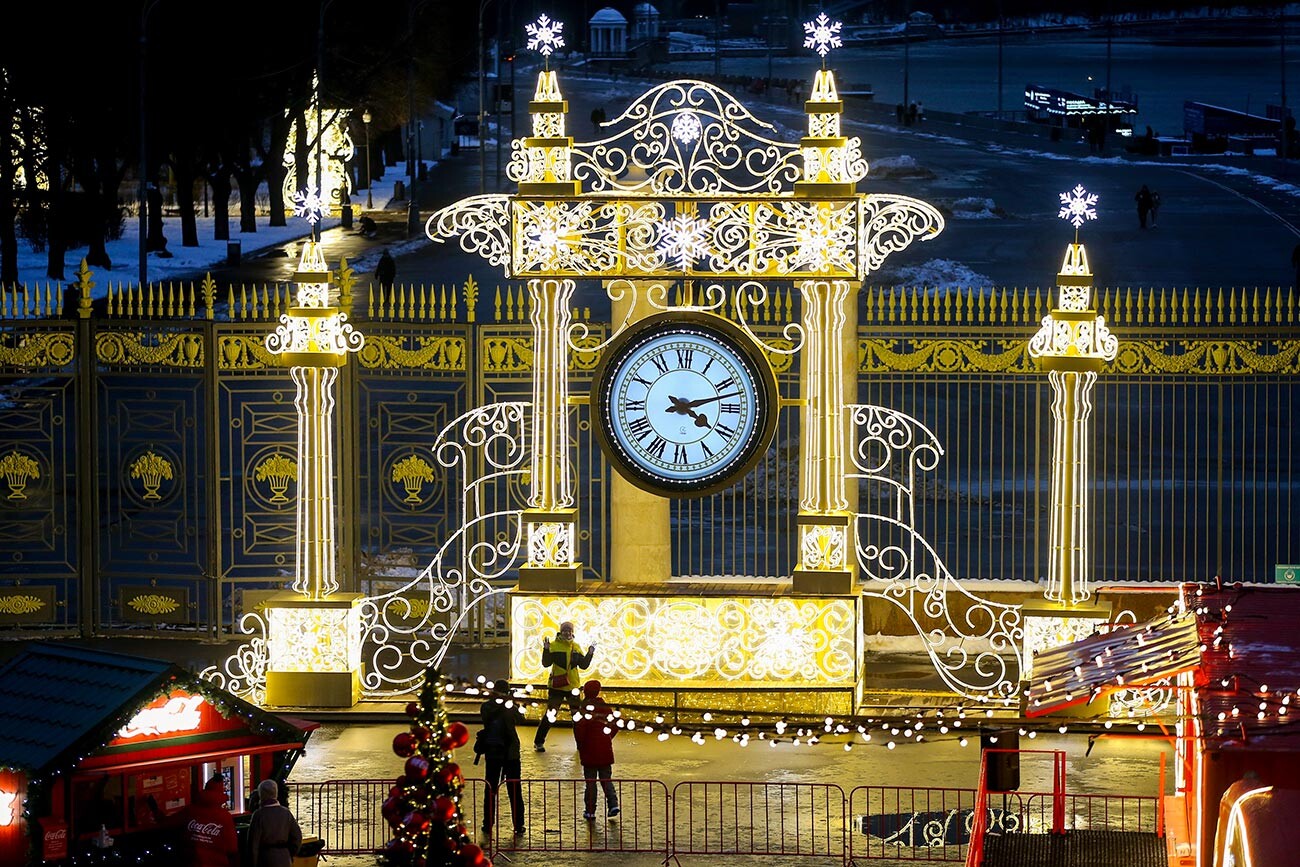 And sparkling trees have “grown” all over the city center. 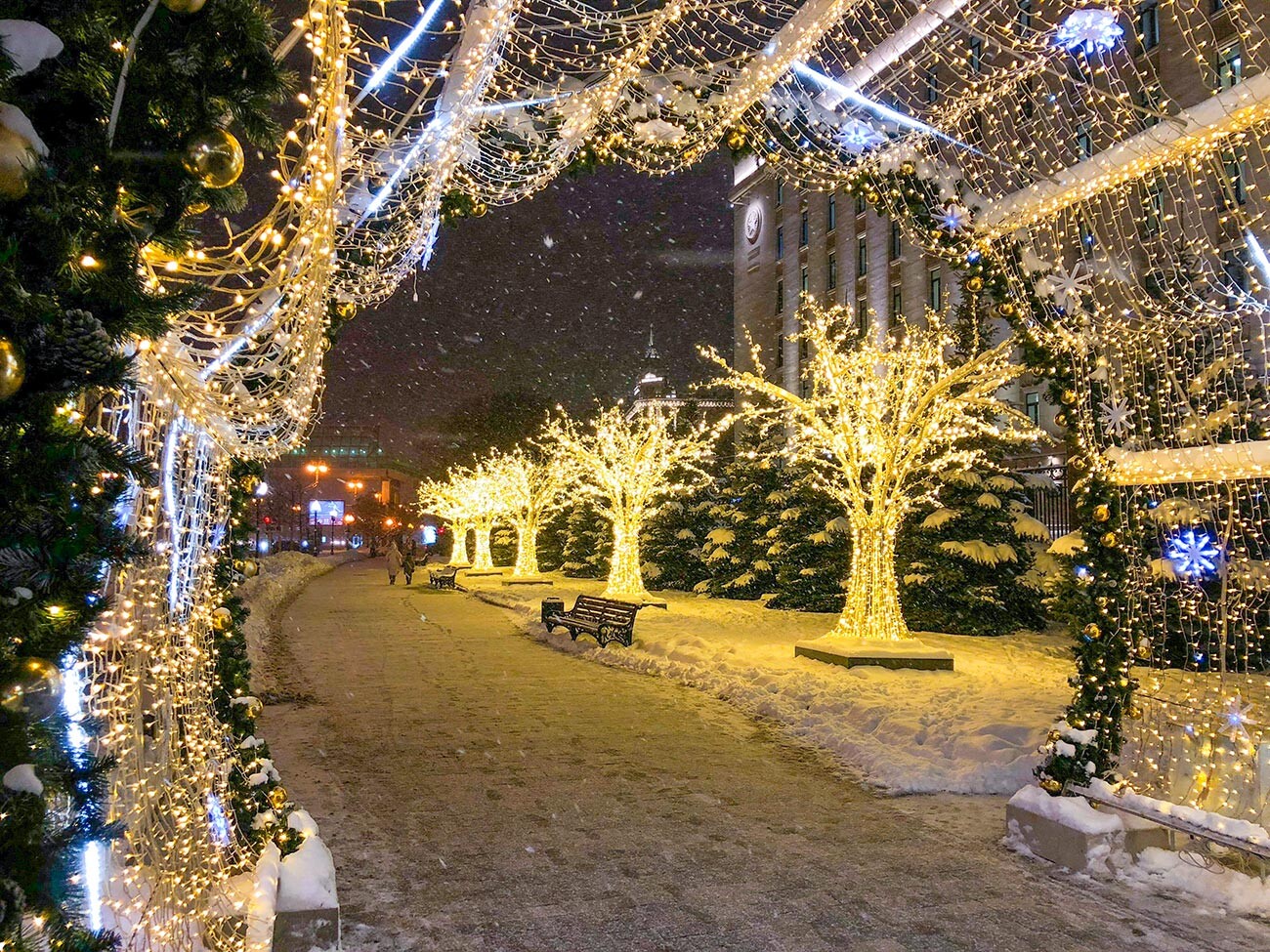 The boulevards have been decorated with a variety of arches and suspended illumination. Tverskoy Boulevard has been turned into an LED tunnel. 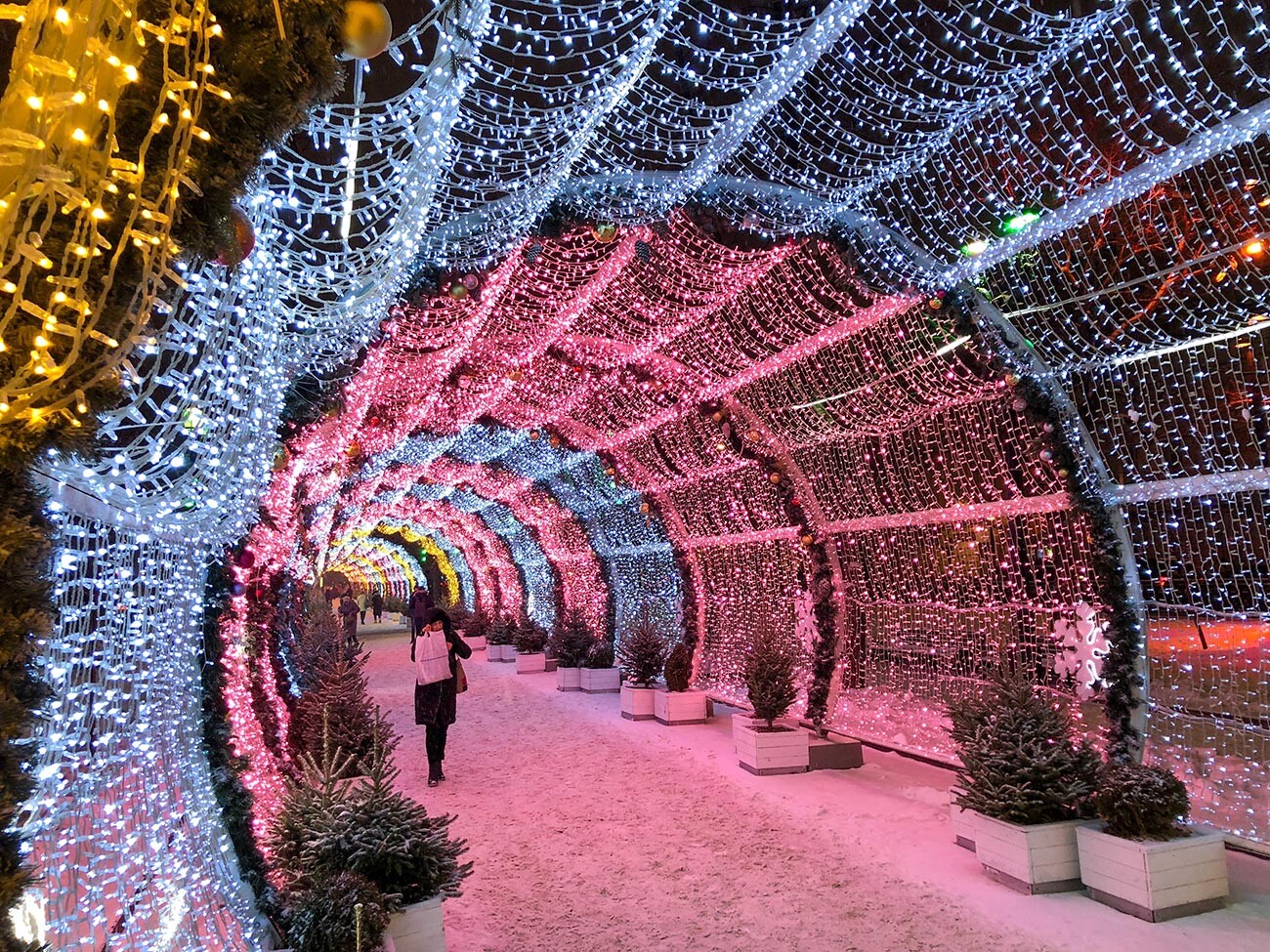 All around the city, huge ‘2022’ signs have been put up, with the zero used as a perfect spot for posing for pictures. 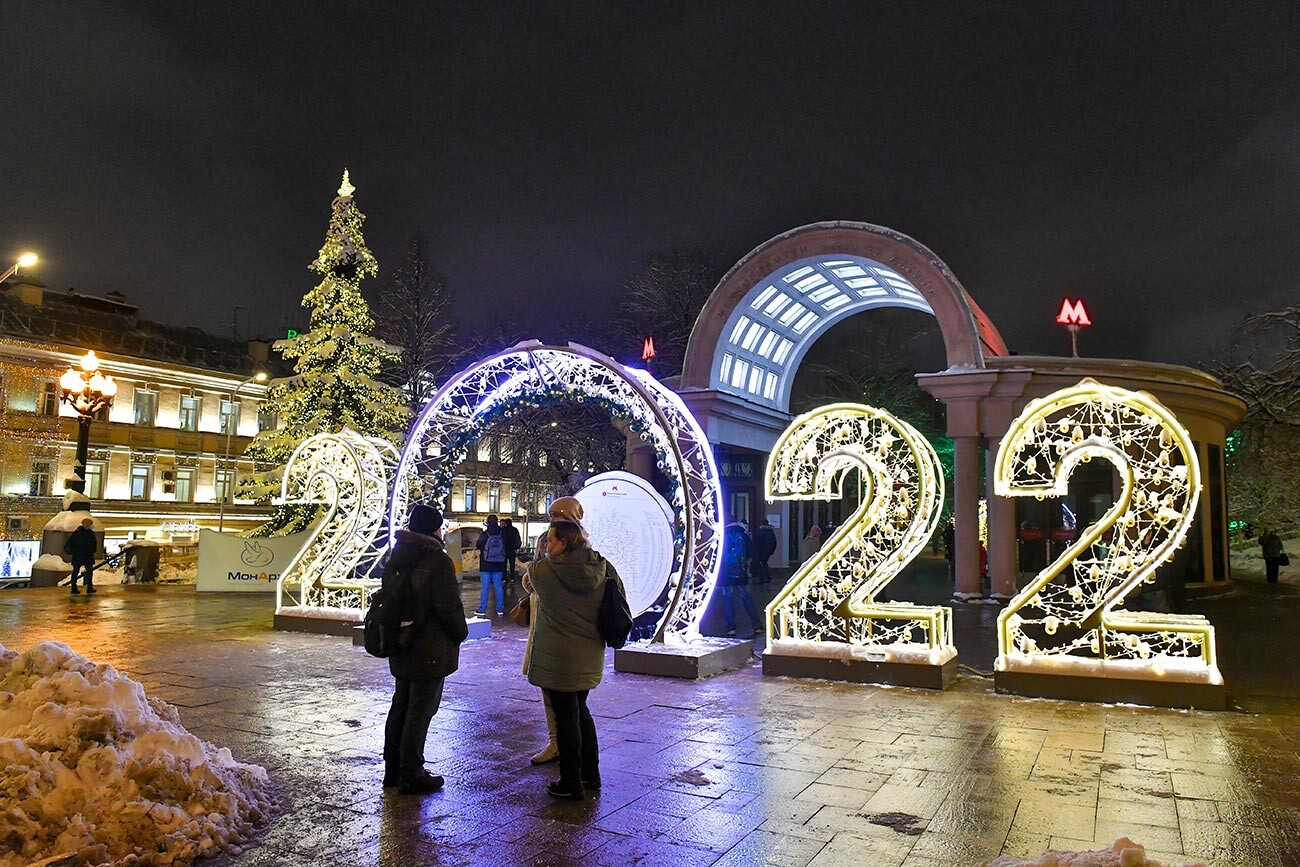 Squares and parks all over Moscow have been turned into venues for the ‘Journey into Christmas’ festival. 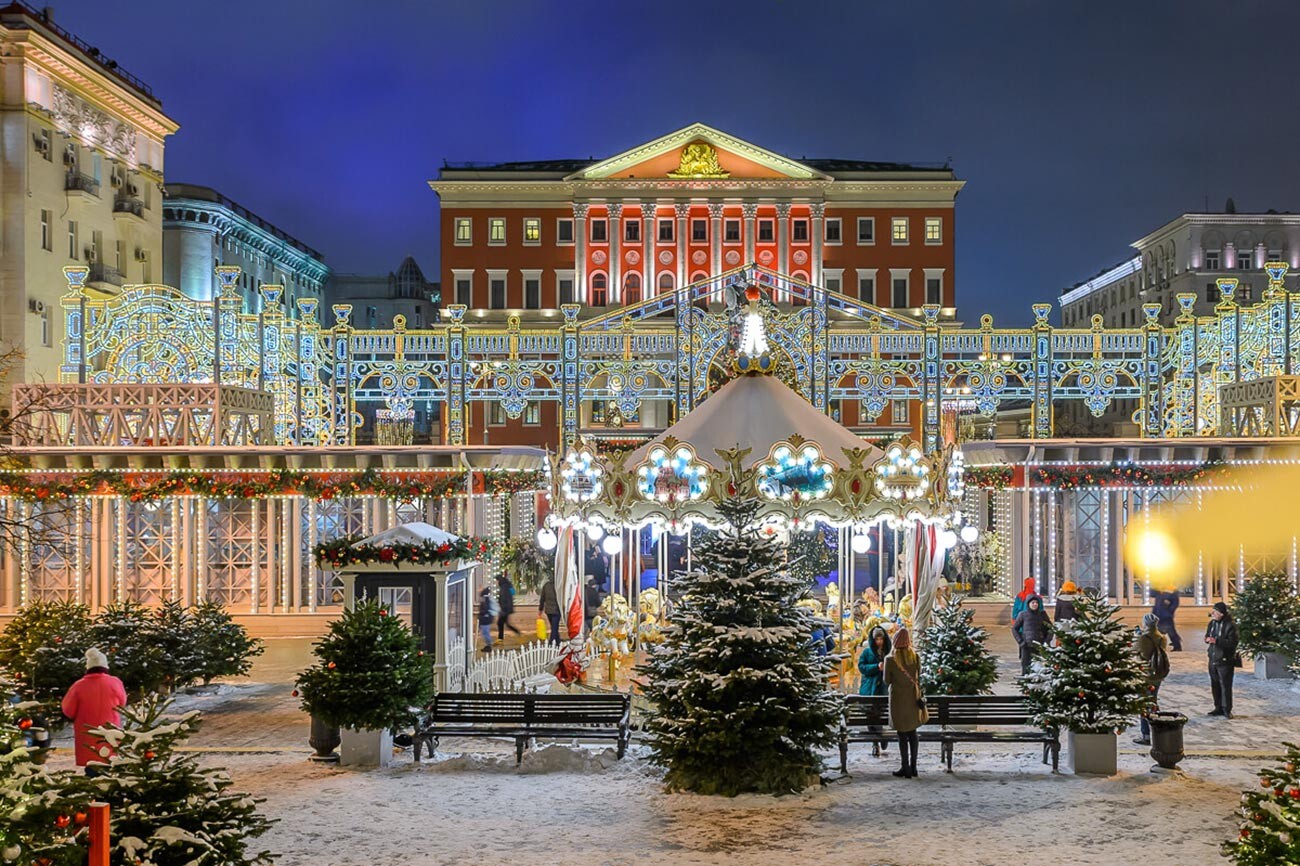 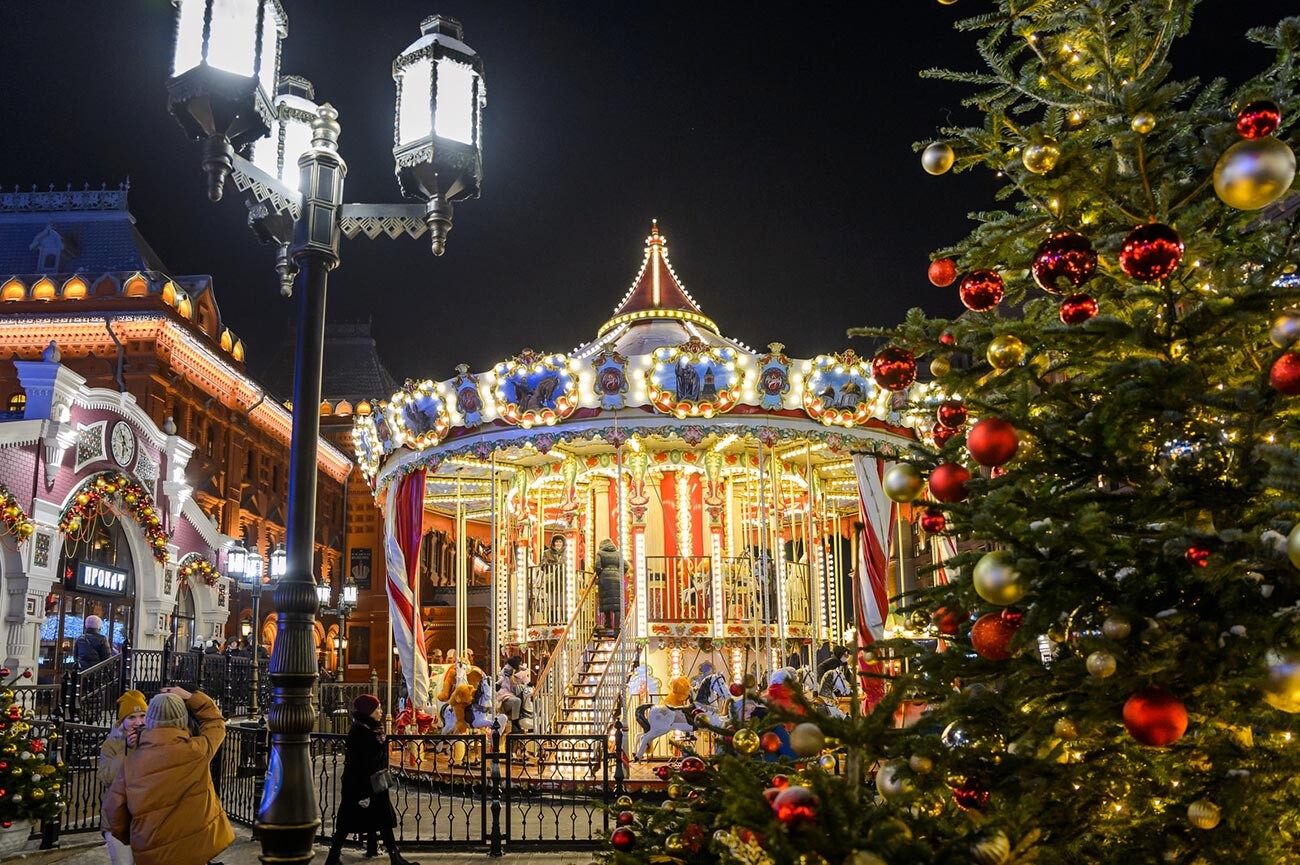 There are plenty of Instagram-worthy material and selfie spots here. 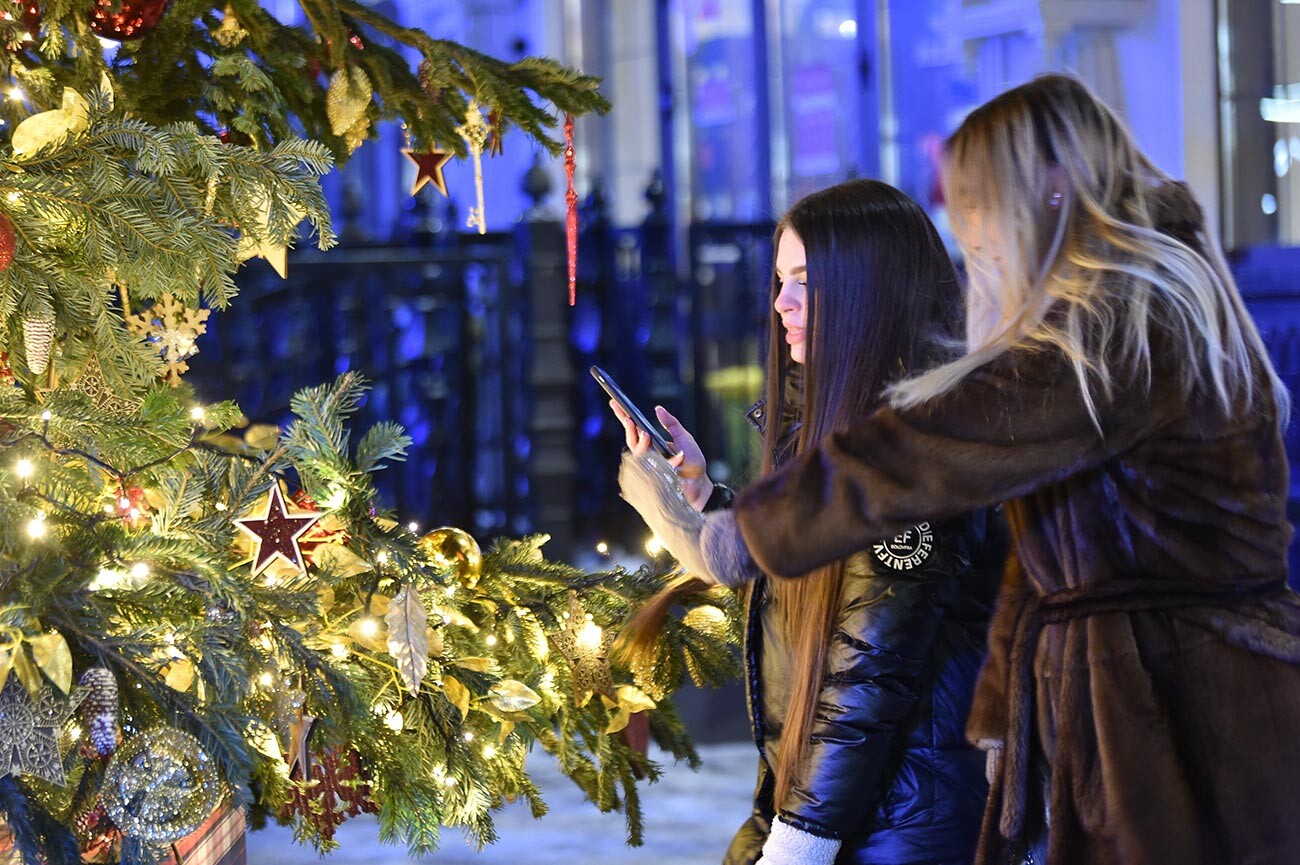 Here you can feel like a character in The Nutcracker, which – thanks to the composer Pyotr Tchaikovsky’s famous ballet – has become the main fairy tale associated with the New Year festive season. Also, you can meet Father Frost, the Russian equivalent of Santa Claus. 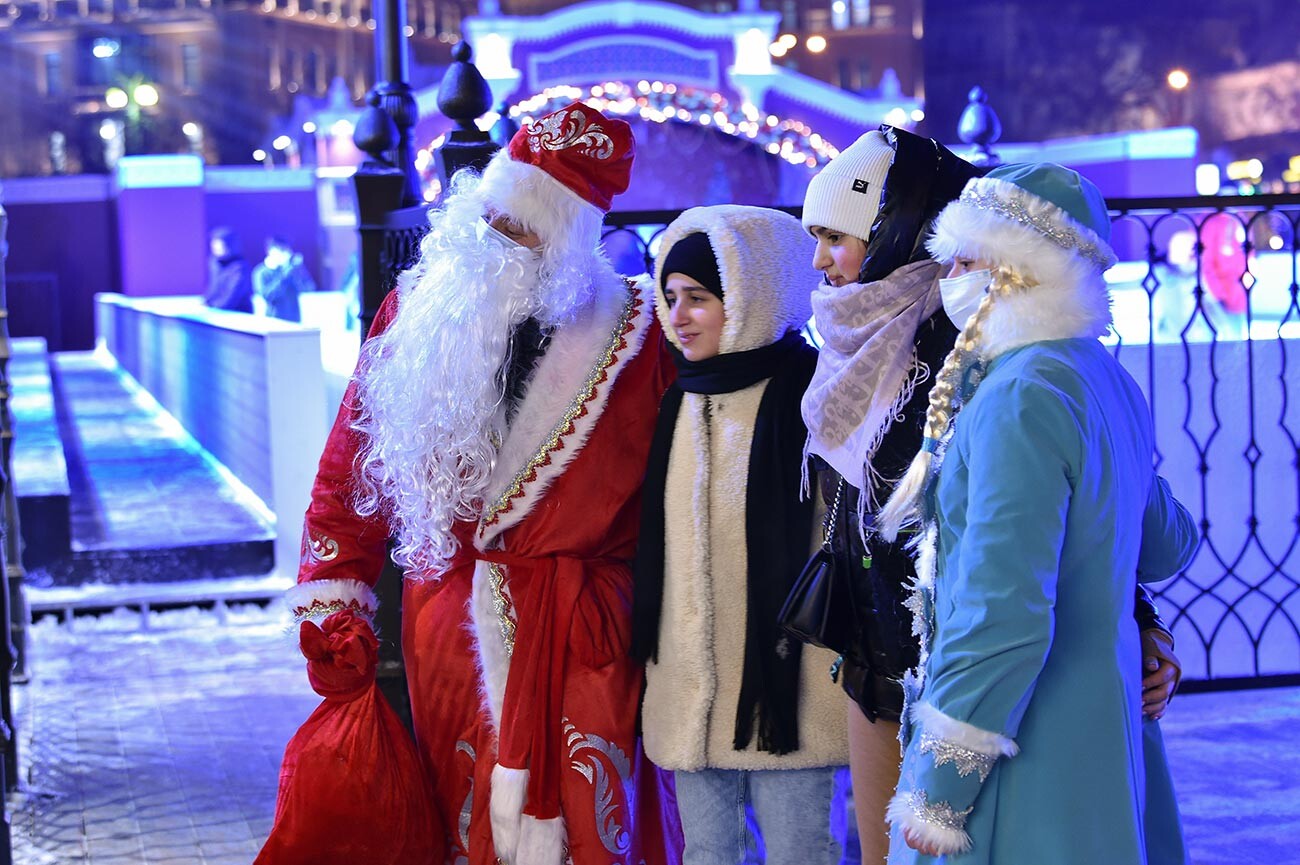 The Christmas tree on Manezhnaya Square covers passers-by with its 10-meter-radius garland - can you imagine how many gifts can fit under its branches? 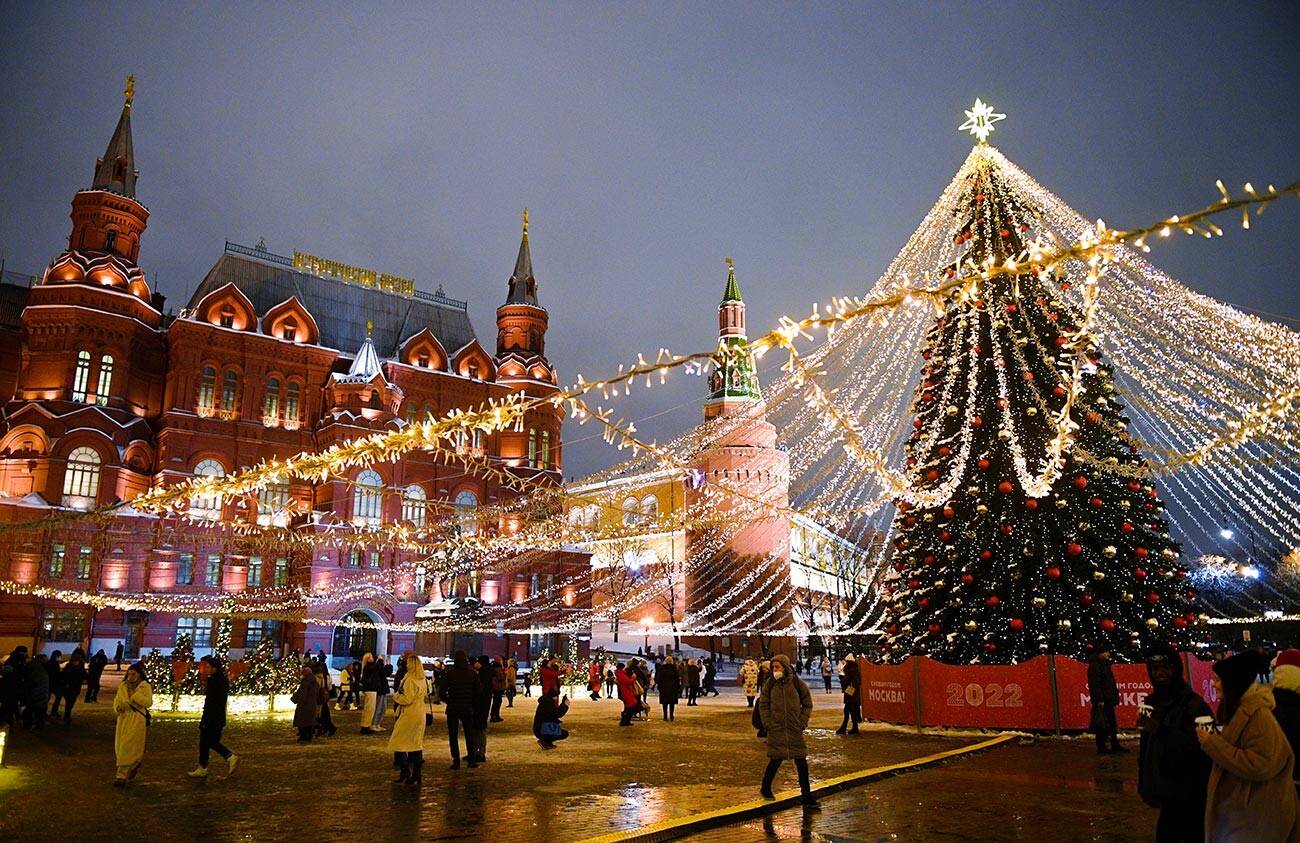 The square in front of the Bolshoi Theater has been decorated – as in previous years – with a huge Christmas bauble. 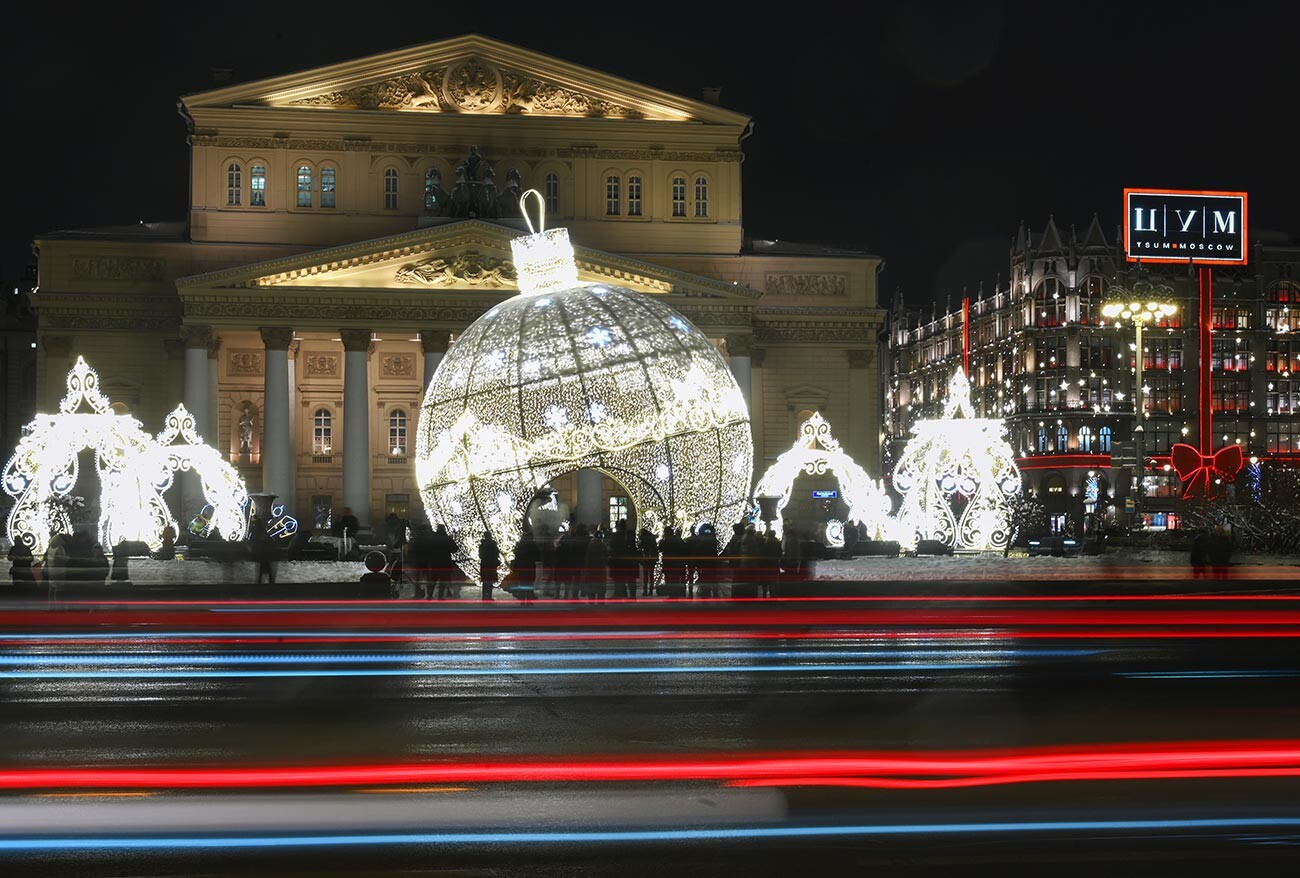 While the TsUM department store has been turned into a gigantic Christmas gift tied with a ribbon. 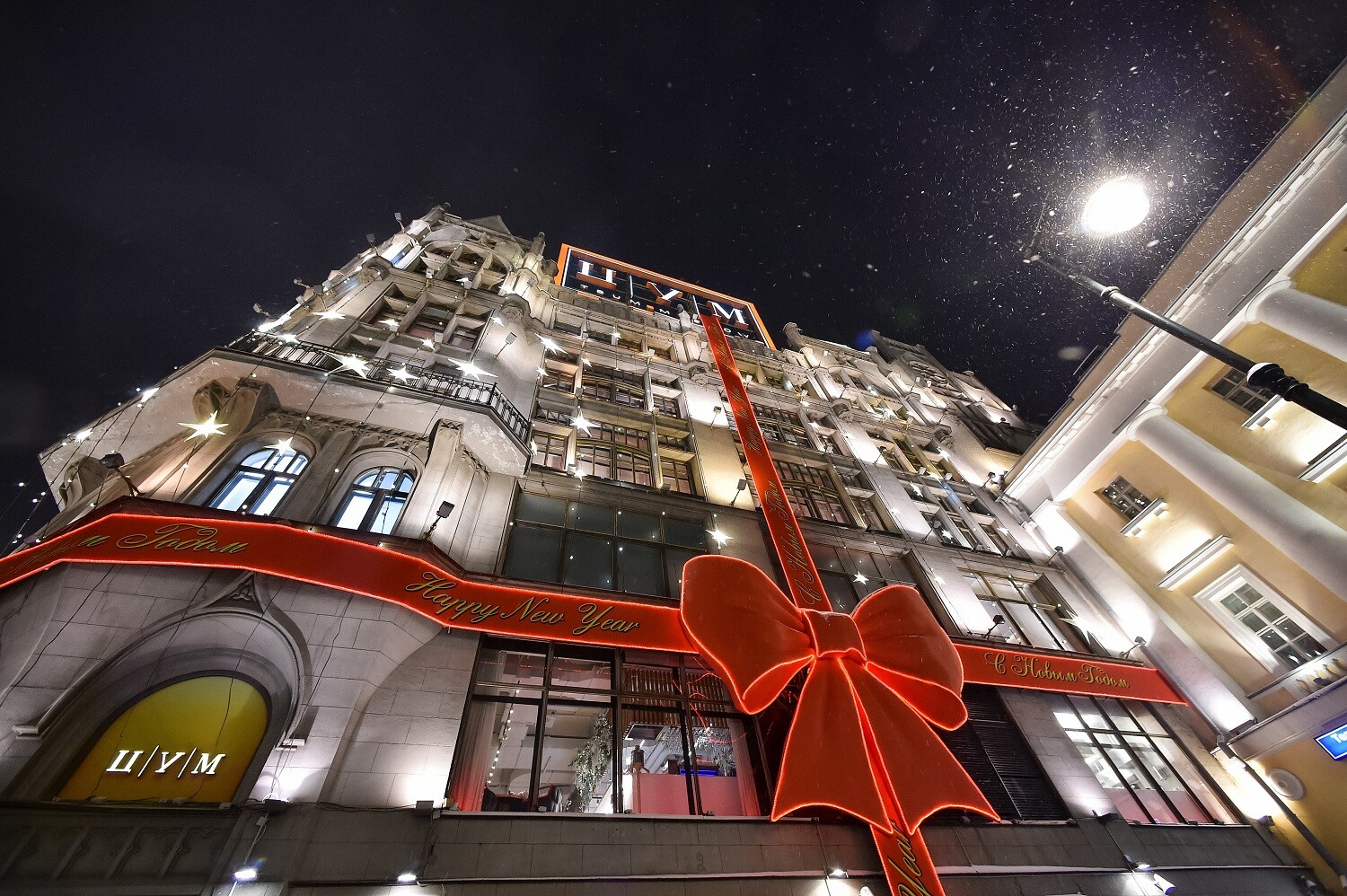 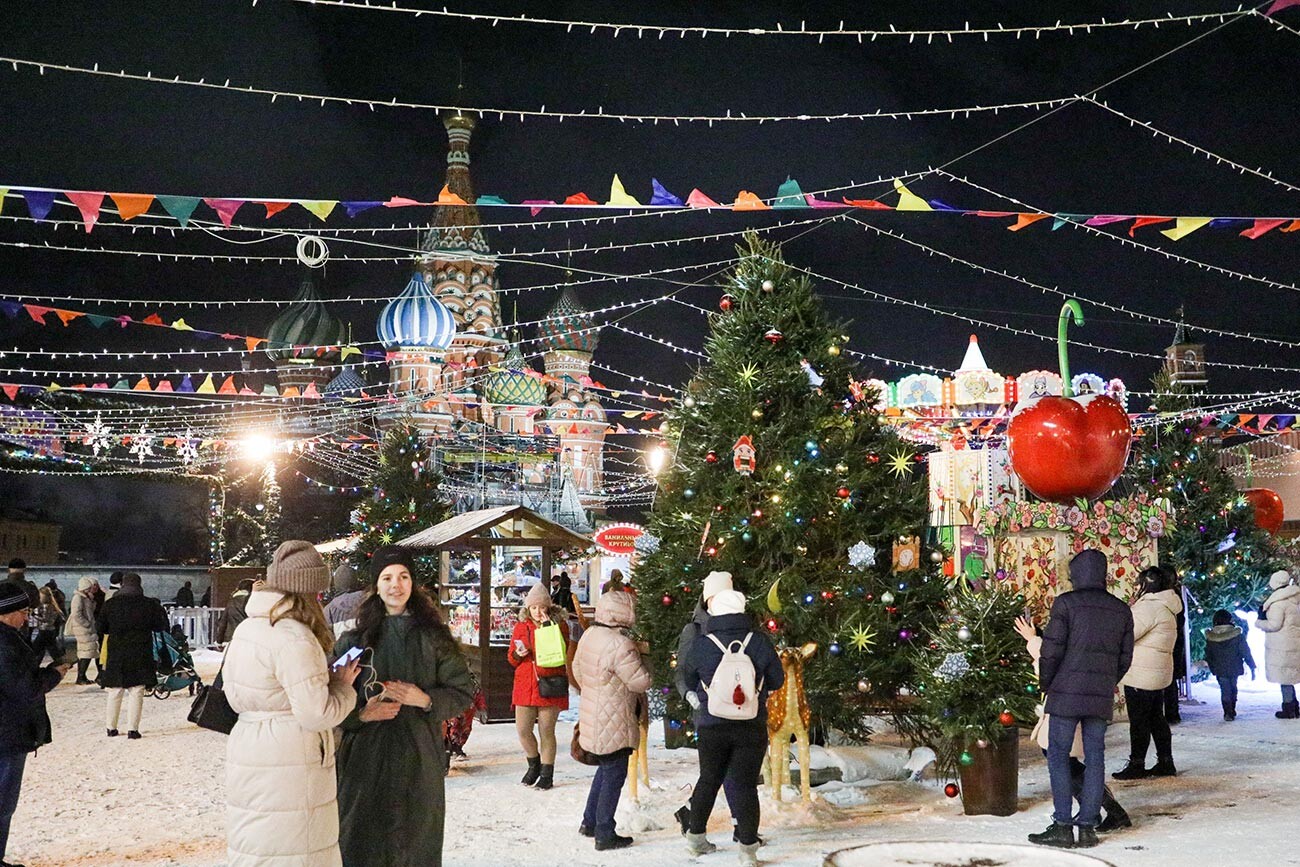 There is a skating rink, as well as dozens of kiosks selling traditional souvenirs, mulled wine, Russian street food, pies and ginger breads. 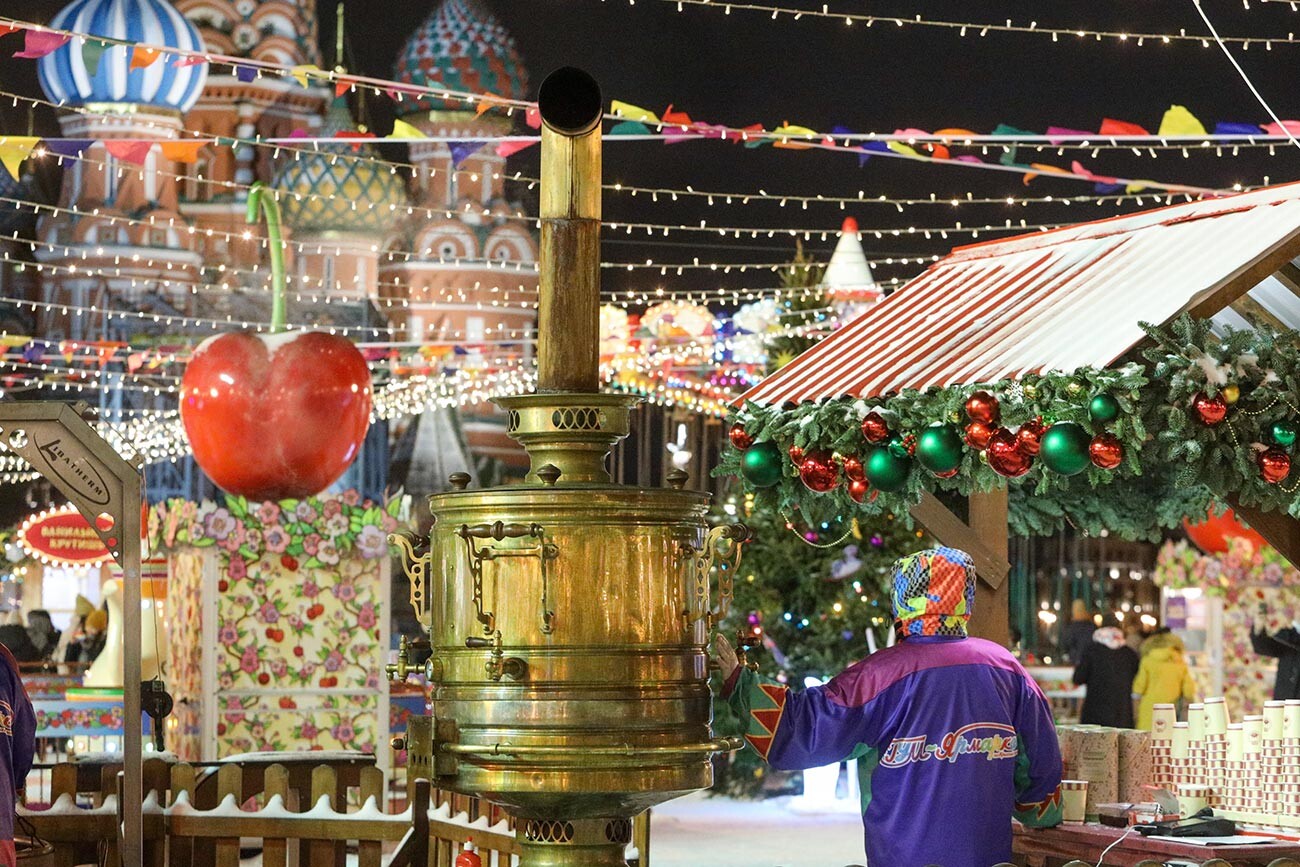 The place is particularly fun for children, but grown-ups will not be bored either. 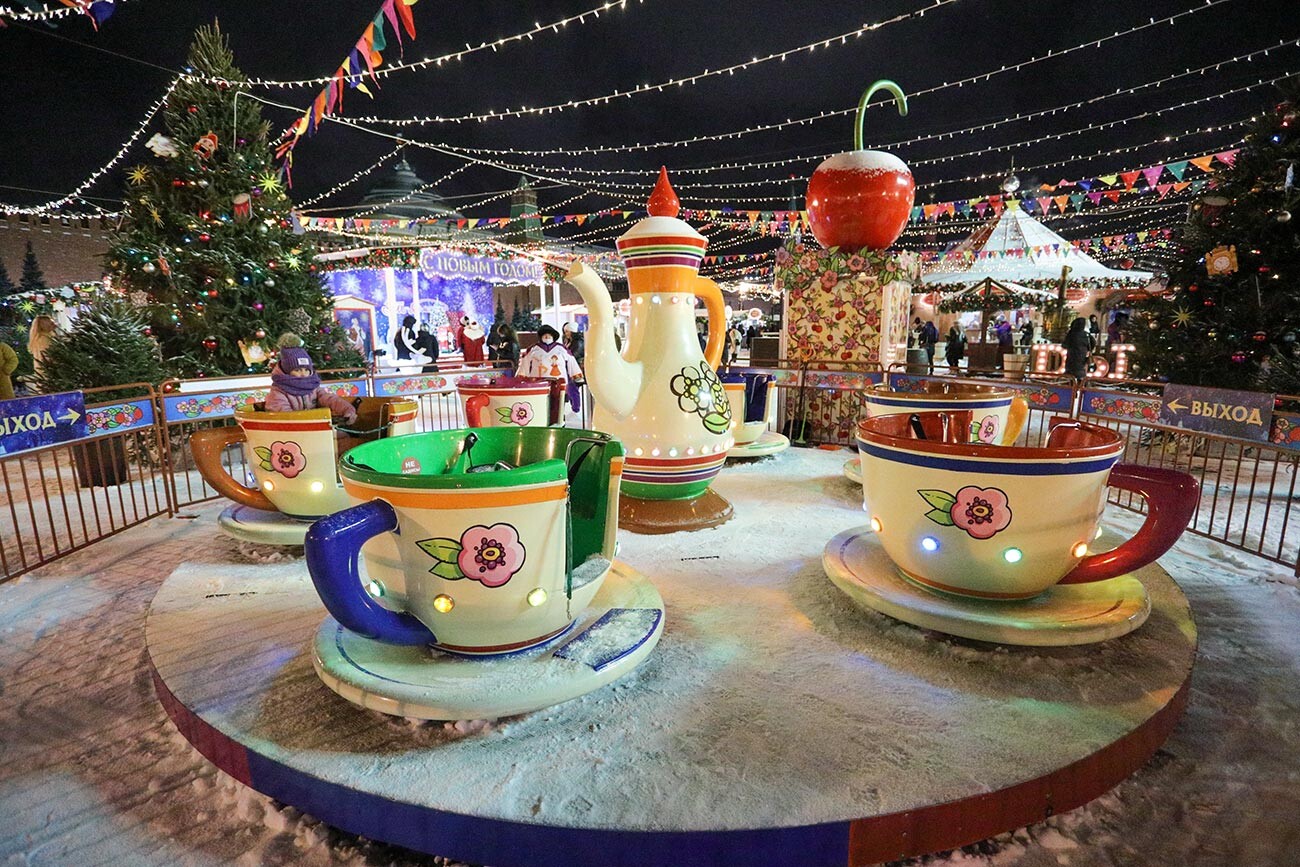 Indeed, when else can one have a ride on a carousel next to the Kremlin if not on New Year’s Eve? 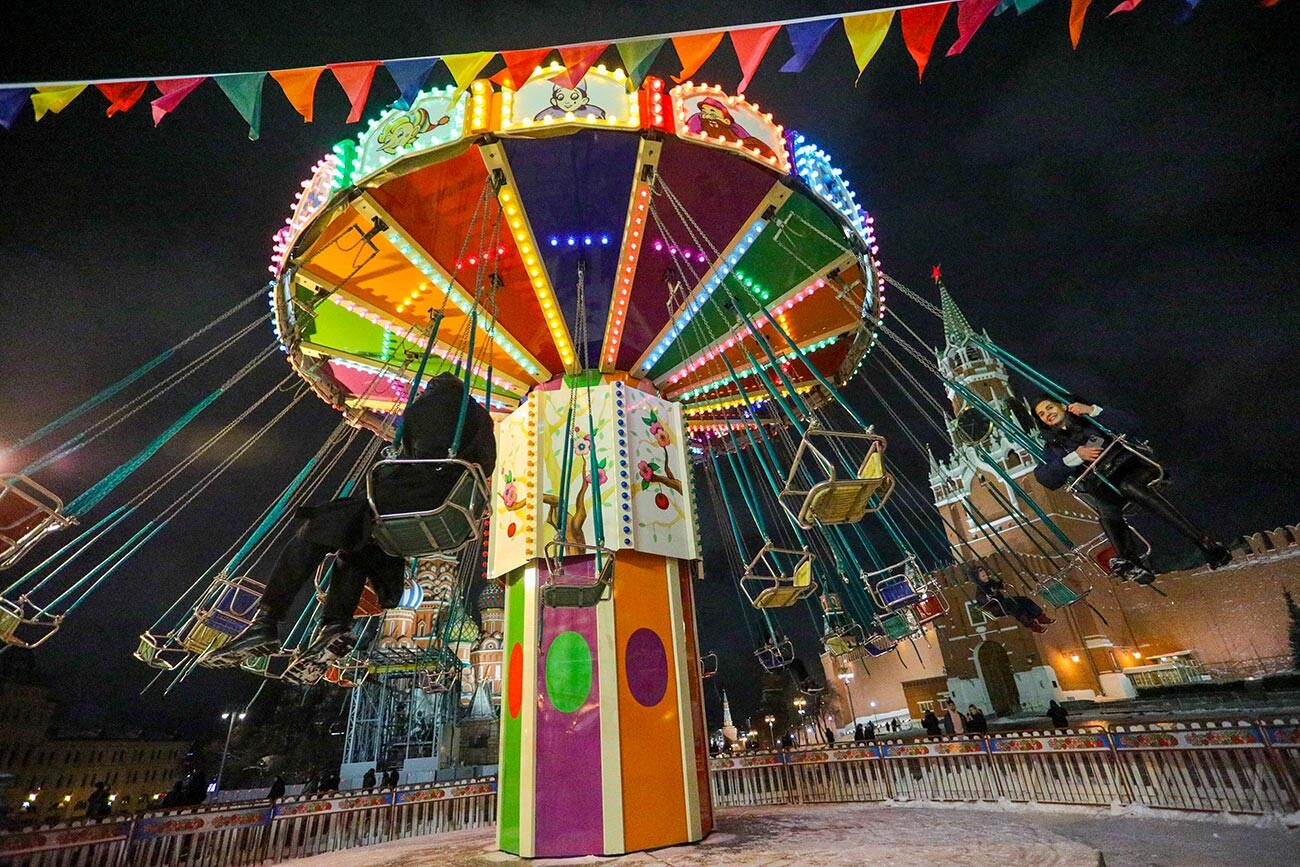 In other words, the Red Square New Year bazaar is a must! 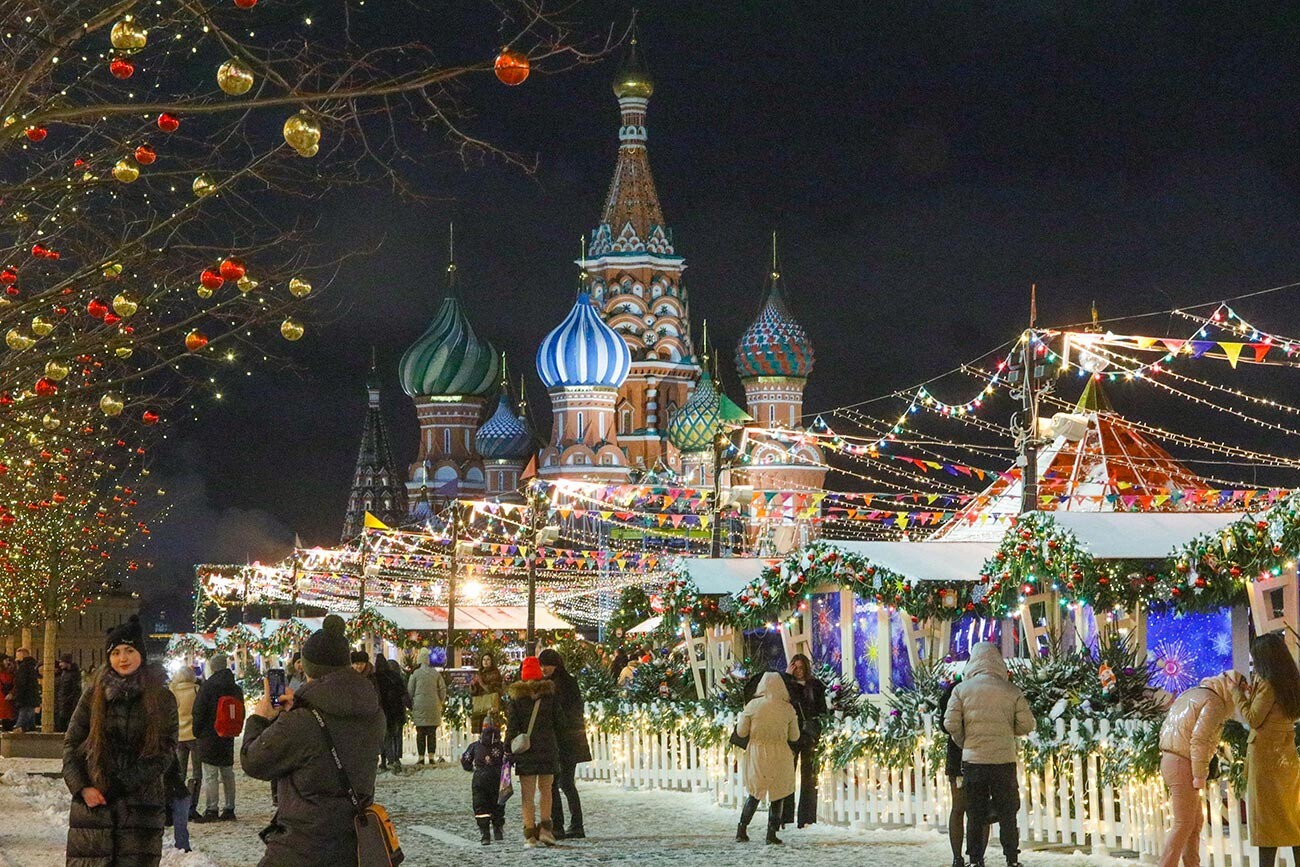 The GUM department store is famous for its New Year decorations, too, so, this year, it greets its visitors with this breathtaking sight. 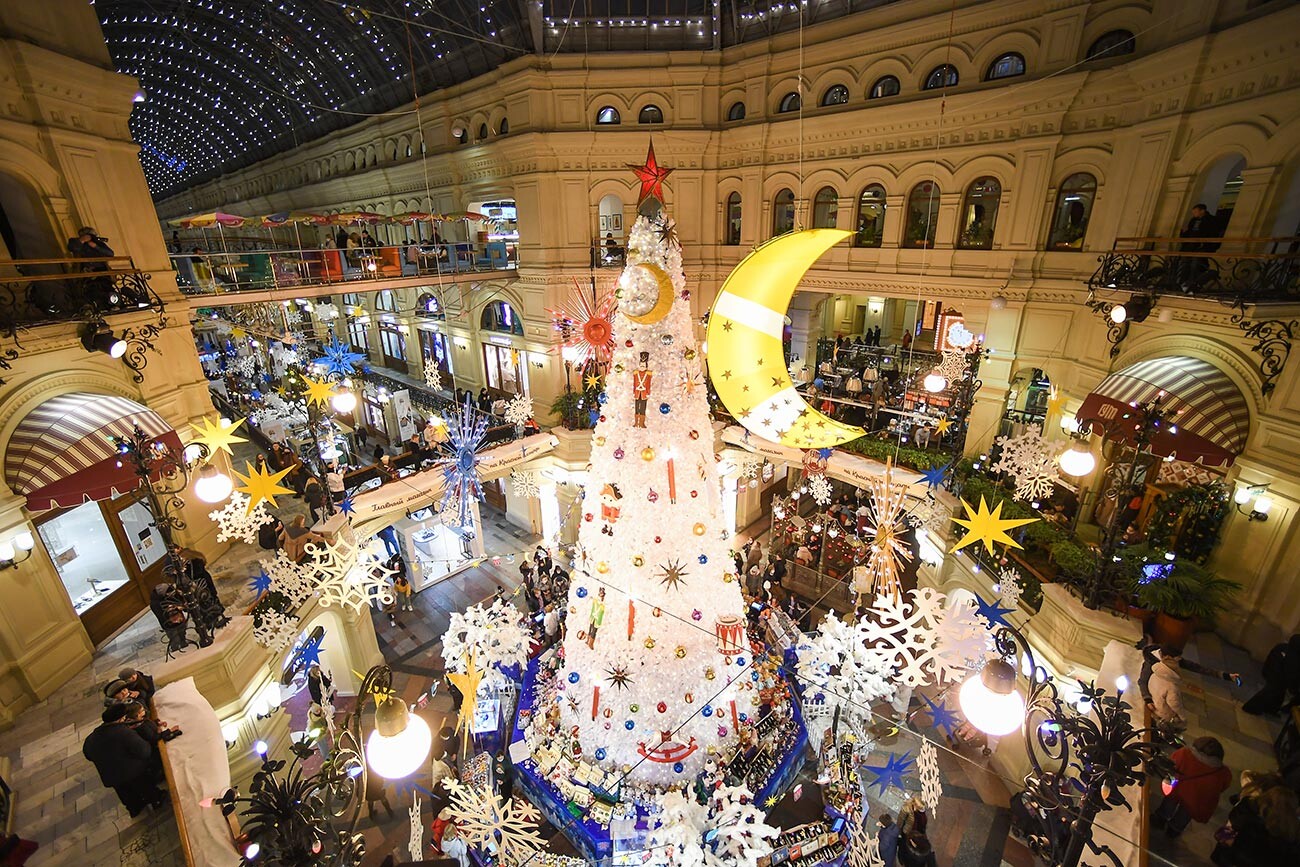 And, of course, another major attraction is the country’s main Christmas tree, which has been erected in the Kremlin. Traditionally, a natural tree is used: this one was cut on December 16 and delivered to the capital in a special truck. A shortlist of trees for this important mission was compiled by foresters back in the summer. 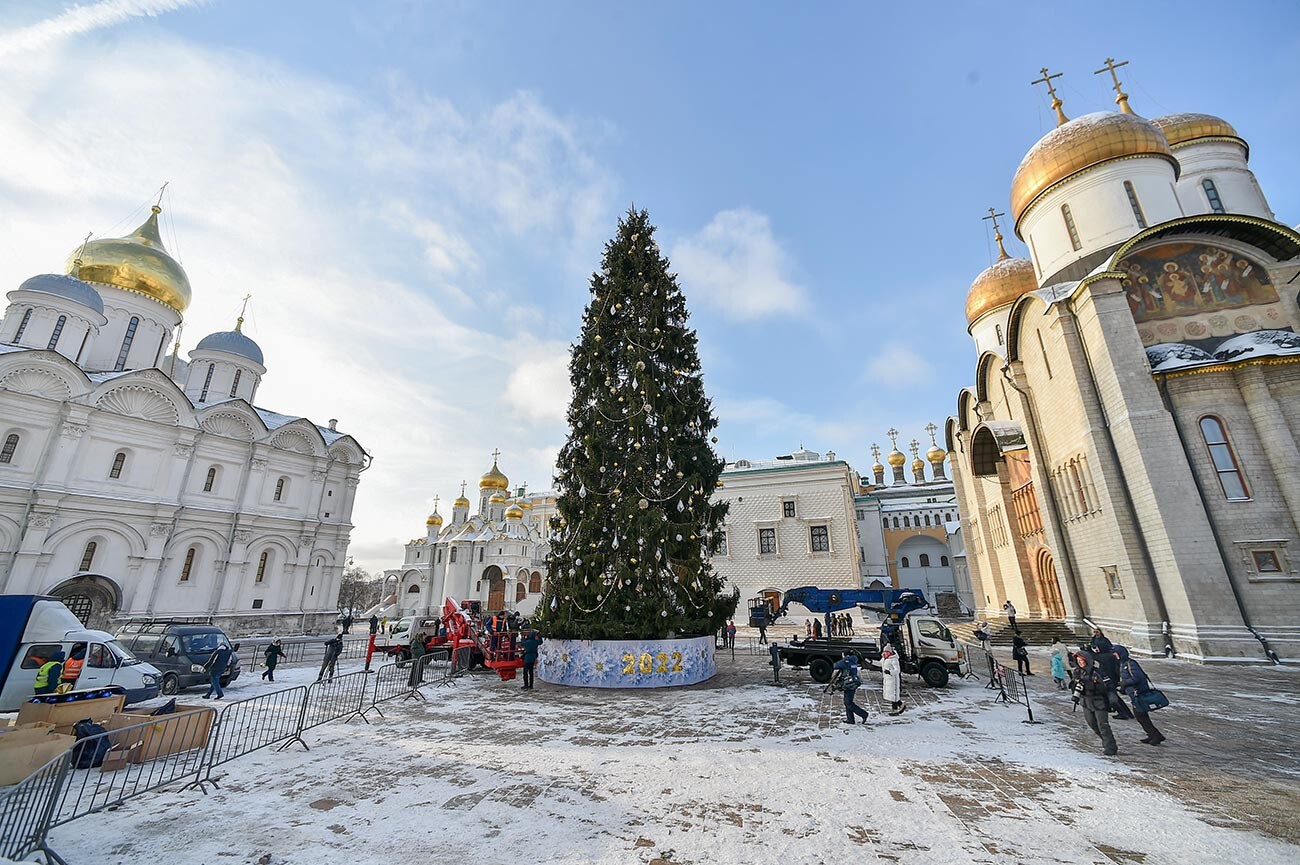