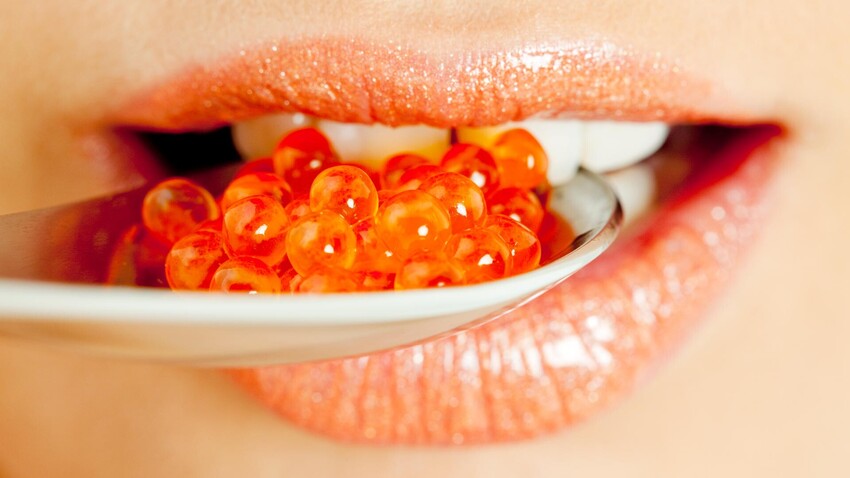 Legion Media
Some like it hot, others like it sweet. And when Russians want a bit of spice, they usually opt for salmon roe caviar. Cool, salty and savory, needless to say it has never failed them!

It’s not an exaggeration to call red caviar a delicious staple of Russian life. Canned roe can be found at nearly any grocery store across the vast country. It’s neither cheap nor overly expensive. A 500g glass jar of salmon roe will cost you 3,000 rubles (approx. $41) in Moscow. 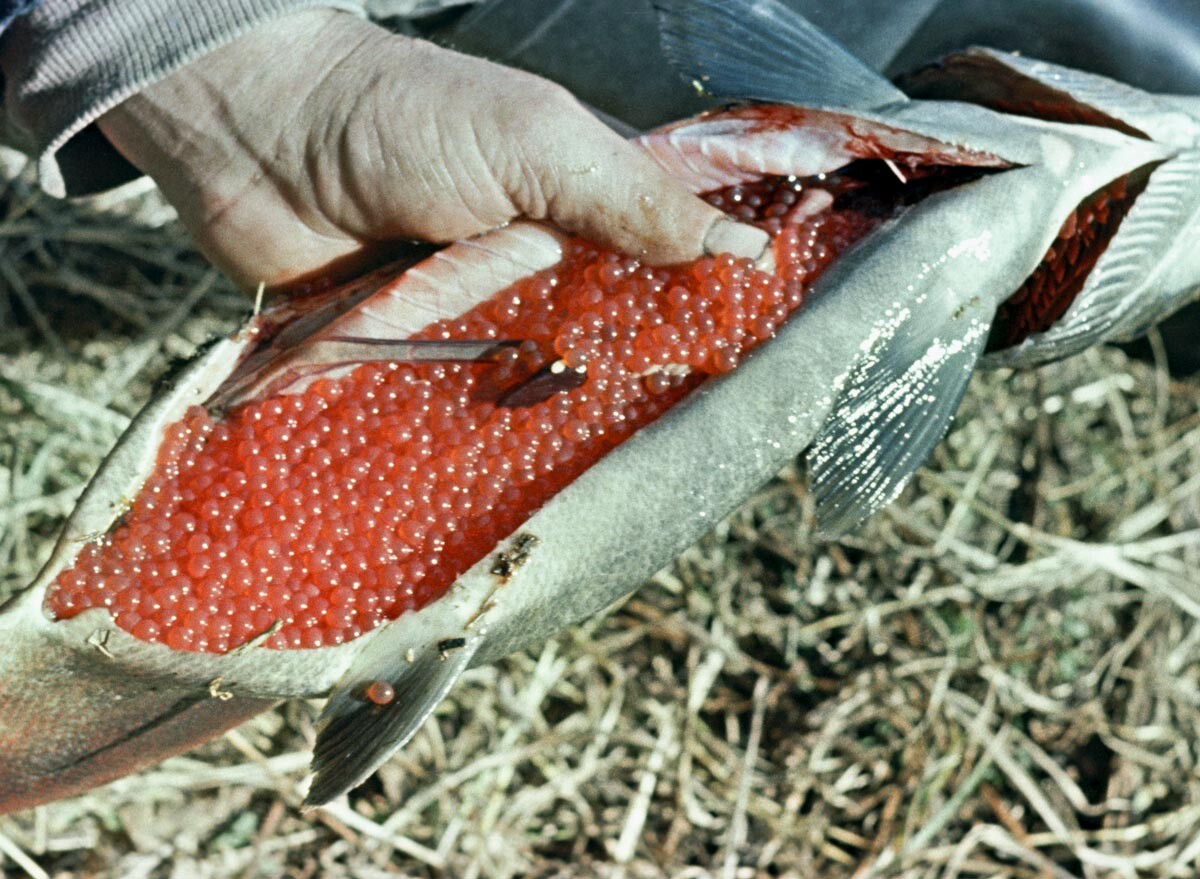 Russia produces an average of 15,000-19,000 tons of red caviar each year. Traditionally, Kamchatka (a large peninsula in Russia’s Far East where salmon, lumpfish and trout are abundant) produces the lion’s share of the country’s red caviar. Connoisseurs recommend always buying red caviar from the current season, preferably in glass packaging. 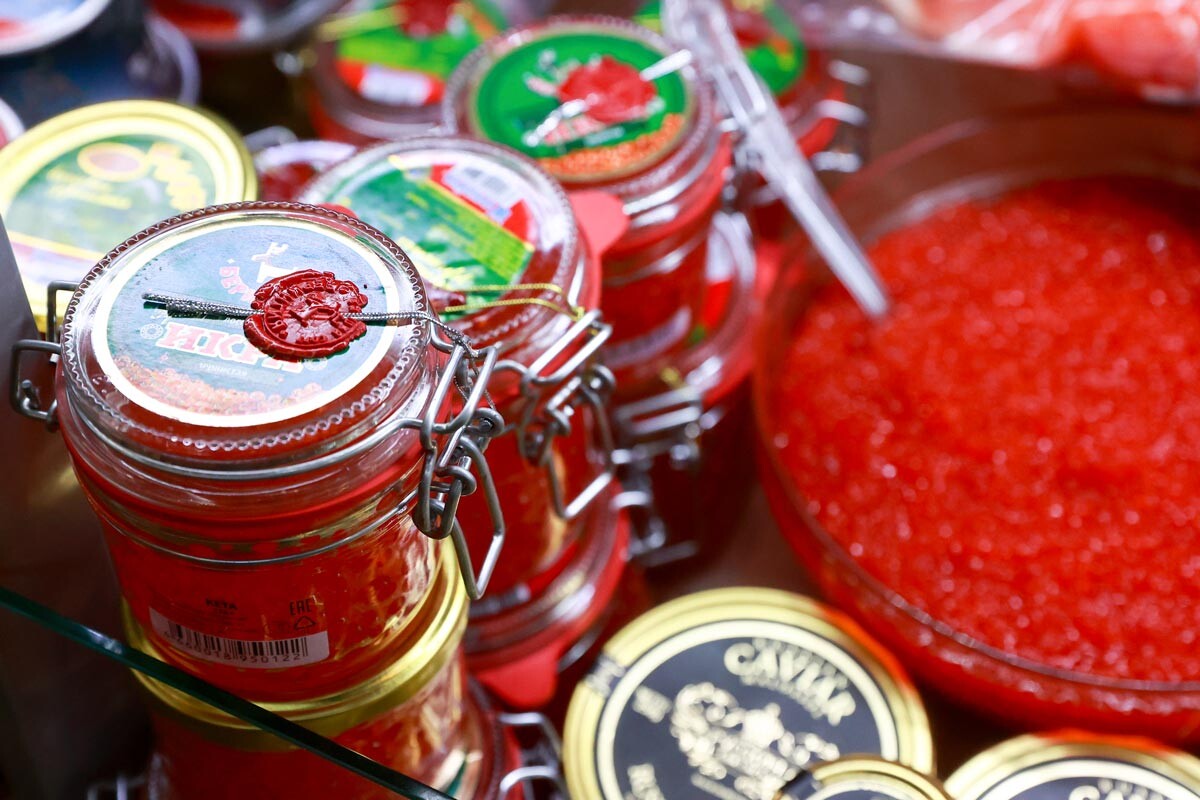 “Salmon spawns from July to September, so red caviar has to be produced no later than early October!” Tamara, an assistant at a Moscow-based fish chain store warns. “The most popular types of salmon caviar are sockeye, chum, pink and coho. Look for the roe produced on Kamchatka and Sakhalin. This is always a guarantee of high-octane quality. And make sure there’s no liquid in the jar. Caviar eggs must be of the same color and size and not sticky. Then it’s good.”

Blast from the past

Red caviar has long enjoyed a reputation among the gourmet enthusiasts as a special delicacy. 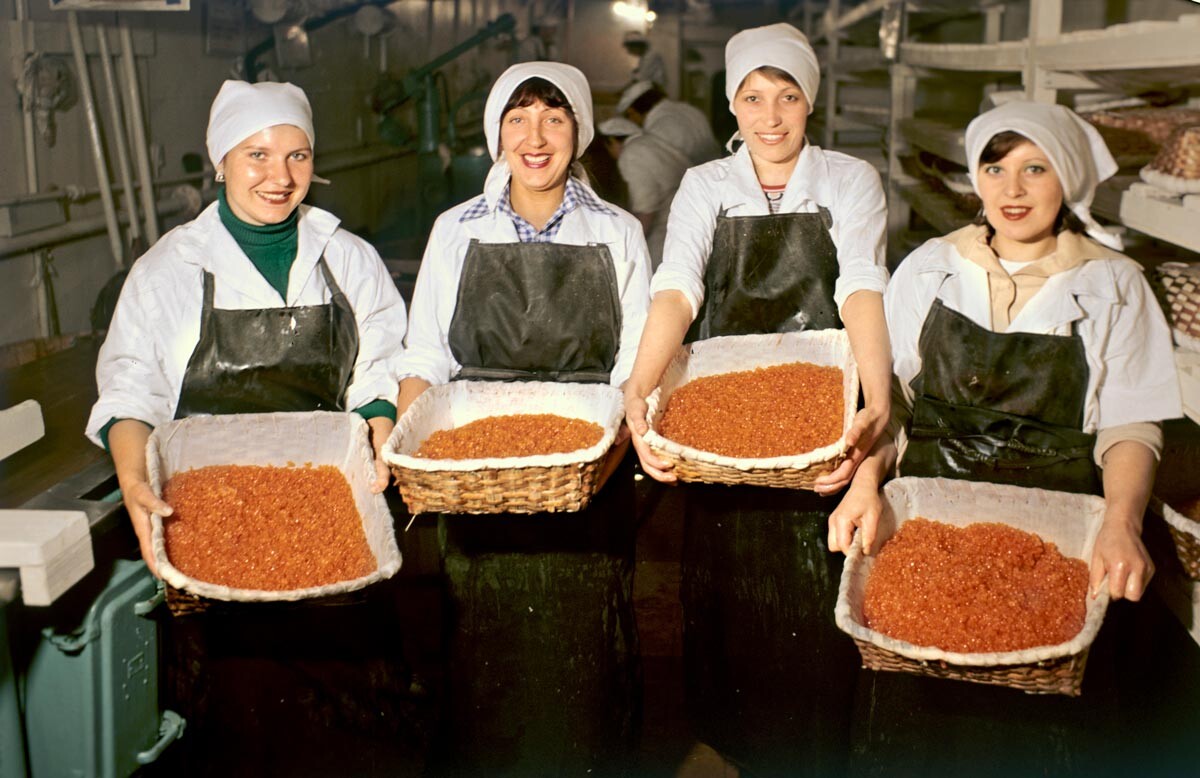 In Soviet times, the notorious time of deficit, it was something money almost literally couldn’t buy, a symbol of family togetherness and wellbeing. For most people, it was a luxury served only on special occasions, be it a wedding reception, a birthday party or the New Year celebration. Tins of red and even black (sturgeon or beluga) caviar were often part of the so-called “food parcels” that some Soviet factory workers (as well as elite officials) received from the state as a reward for their work for national holidays or New Year festivities. The food parcels didn’t come for free and differed greatly in their content depending on a person’s rank, occupation and status.

“I remember my grandfather regularly coming back from work in the mid-1980s with his ‘avoska’ net bag filled with all sorts of delicacies. While the shelves of grocery stores were permanently empty, but for rows and rows of identical biscuits up for grabs, the food parcel that my grandpa brought home was like a veritable cornucopia of every kind of food imaginable, from my favorite sweet condensed milk and green peas to tangerines, cold smoked sausage, a box of chocolate and red caviar. My grandmother always served it on a slice of warm white bread with a thick layer of butter. I could have three or four caviar sandwiches in a row. The sweetest culinary memory of my childhood!” Alexandra, 40, recalls. 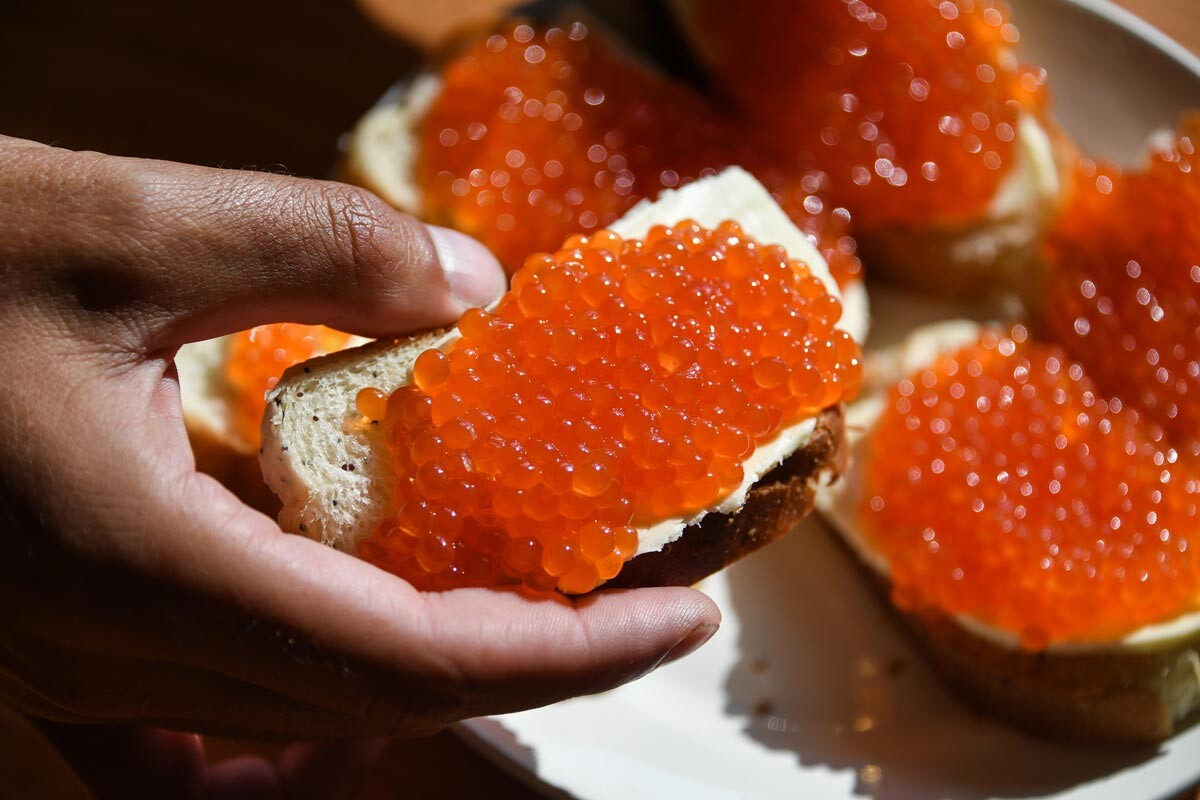 “Whenever some family member had a birthday, dozens of chicken eggs were boiled and stuffed with red caviar. The funny thing is, I didn’t really like red caviar. It tasted too salty, I thought. The problem was I was very skinny and my mother insisted that I ate caviar. She said it was a source of some proteins and vitamins. I couldn’t care less. When mom looked away, I gave my caviar egg to my elder brother, who absolutely loved it! My father, who was also a big fan of caviar, considered icy vodka to be the best accompaniment to caviar. Naturally, he took advantage of it, on the pretext that chilled caviar and vodka were made for one another.”

READ MORE: Top 5 things every Soviet man had on his wishlist

Meanwhile, Maksim’s mother was 100 percent right. Red caviar has been widely praised for its nutritional value. It’s a source of vitamins D, A, and E, as well as minerals, including calcium, iron, iodine and magnesium. On top of it, it’s extremely nutritious, with fatty Omega 3 acid to help keep your immune system healthy and primed. Just what the doctor ordered, really.

A fresh piece of bread, like French baguette, paired with soft and sweet butter, is the best accompaniment for a serving of salmon roe caviar. Plain crackers or delicate filo pastry shells are also great for making the caviar look particularly appealing.

Appearances aside, some foodies own up that red caviar is their favorite breakfast food, especially during the long Russian winter. 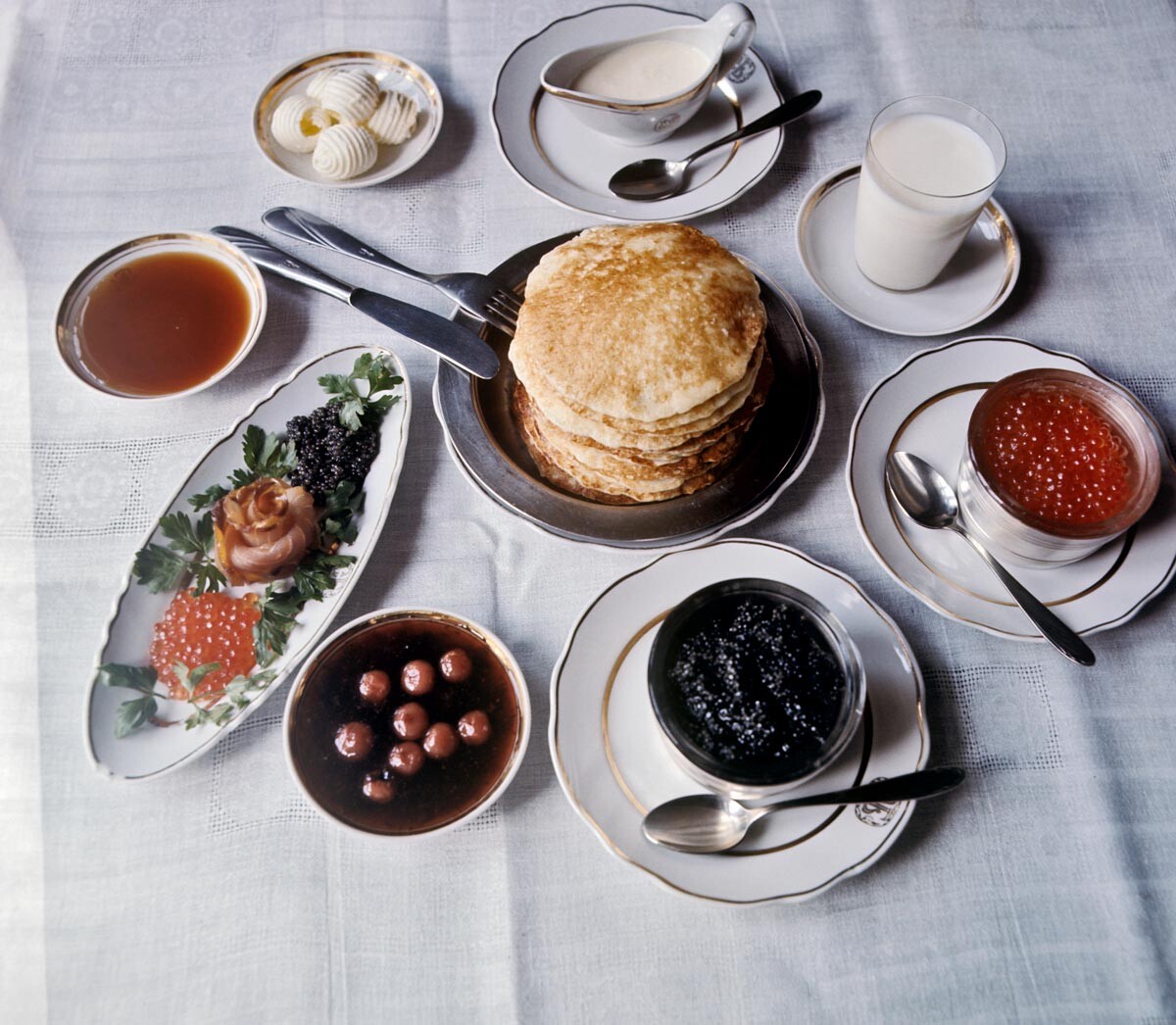 “You know what, these days delicious red caviar, produced in the Russian Far East, costs as much as a decent bottle of Italian wine,” Polina, 29, says. “A can of 200 grams usually lasts me a week and has some well-being powers. Bright orange or red, it’s the color of optimism! It puts a smile on my face and enhances the mood. Each morning, I take a gourmet pleasure in filling my pancakes with a big spoonful of salty salmon caviar topped with sour cream. F. Scott Fitzgerald had it all wrong, I think. Tender is the day, if you jump-start it with a delicious breakfast!”

In Russia, red caviar is traditionally served for family dinner on New Year’s Eve, with fruit, salads and other hors d’oeuvres on the festive menu. Celebrating the new beginning with champagne, several generations of Russians have stayed remarkably loyal to their culinary habit from childhood. The truth is, just enough is never enough when it comes to red caviar.