This Russian artist draws people slipping on ice. What for? (PICS) 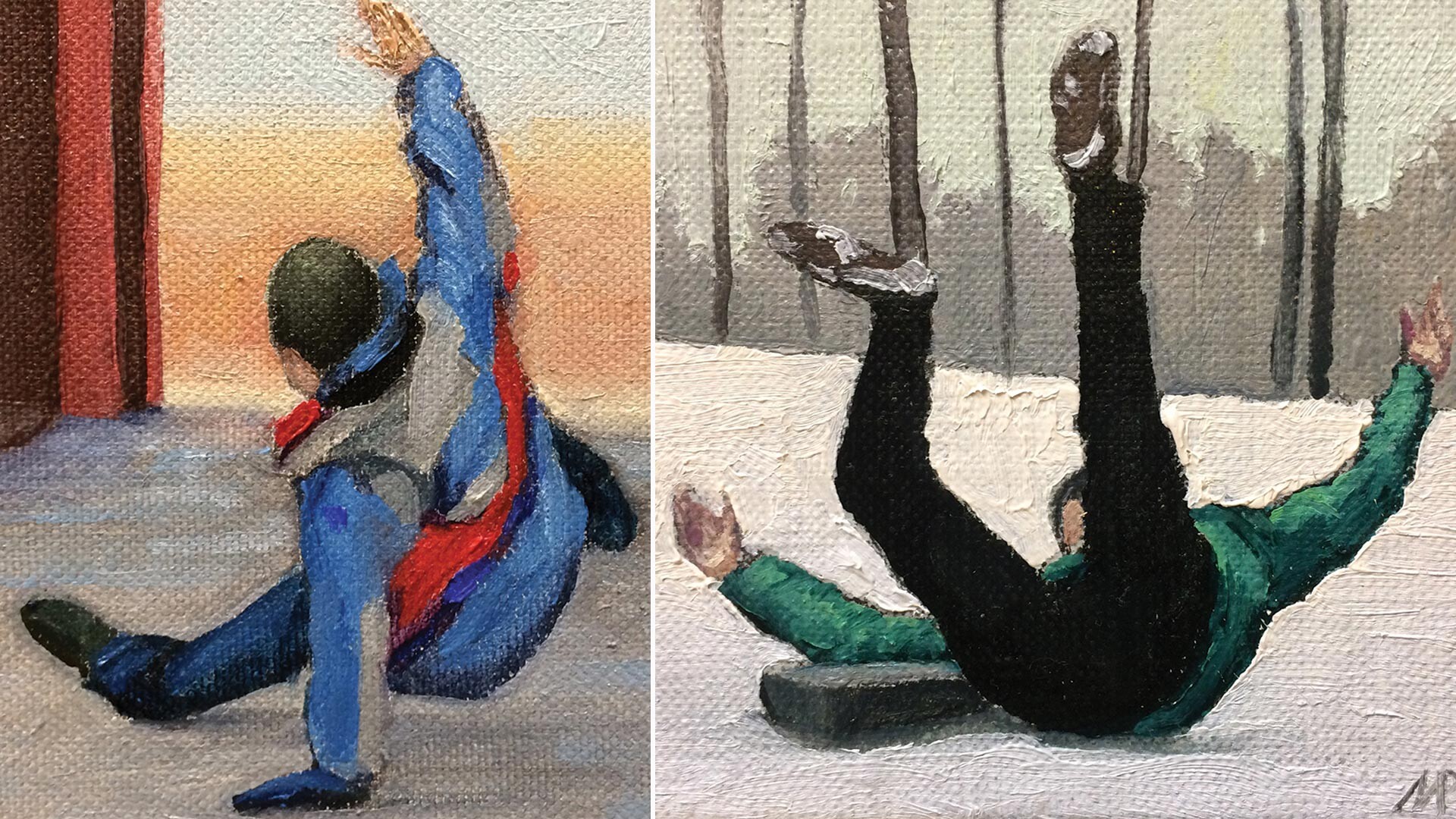 Ruben Monakhov
After a very difficult and painful surgical operation, St. Petersburg artist Ruben Monakhov was very afraid of falling on the icy streets. So, he found an unusual way to draw (quite literally) attention to the problem.

Since early 2019, Ruben Monakhov has been painting realistic pictures of people slipping on the ice in St. Petersburg. 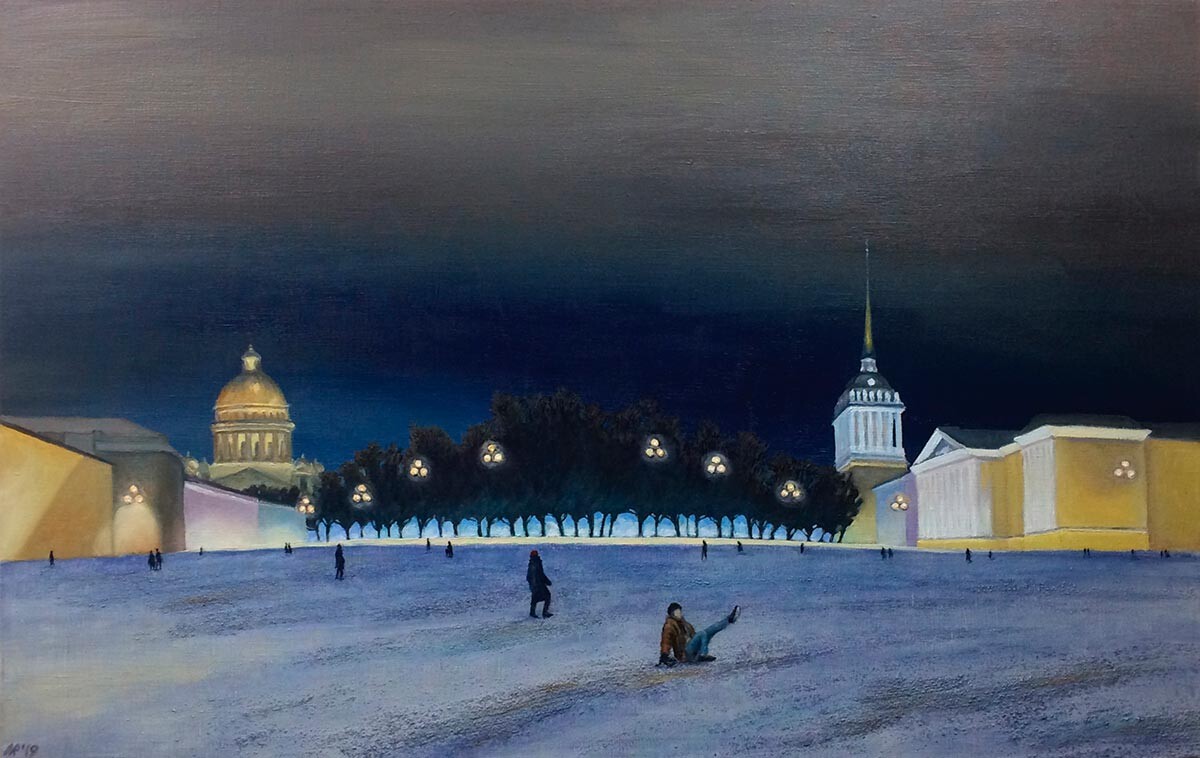 At the end of 2018, Ruben underwent spinal surgery, then spent six months recovering and was very afraid of falling and injuring his back. 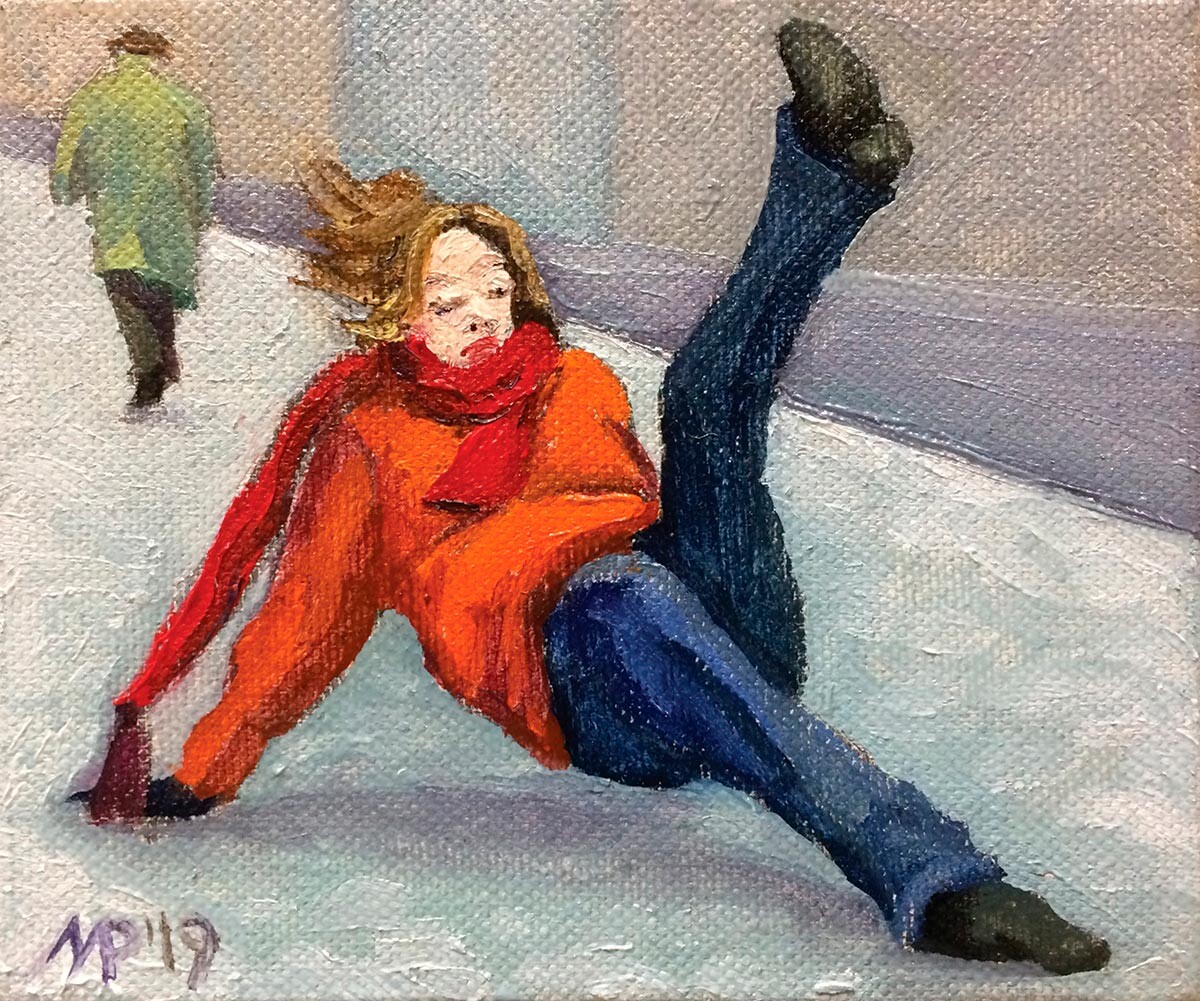 “It was winter, and as usual the streets hadn’t been cleared of ice. I saw people falling over pretty much every day and empathized with them very much, as if I myself had fallen,” he said. 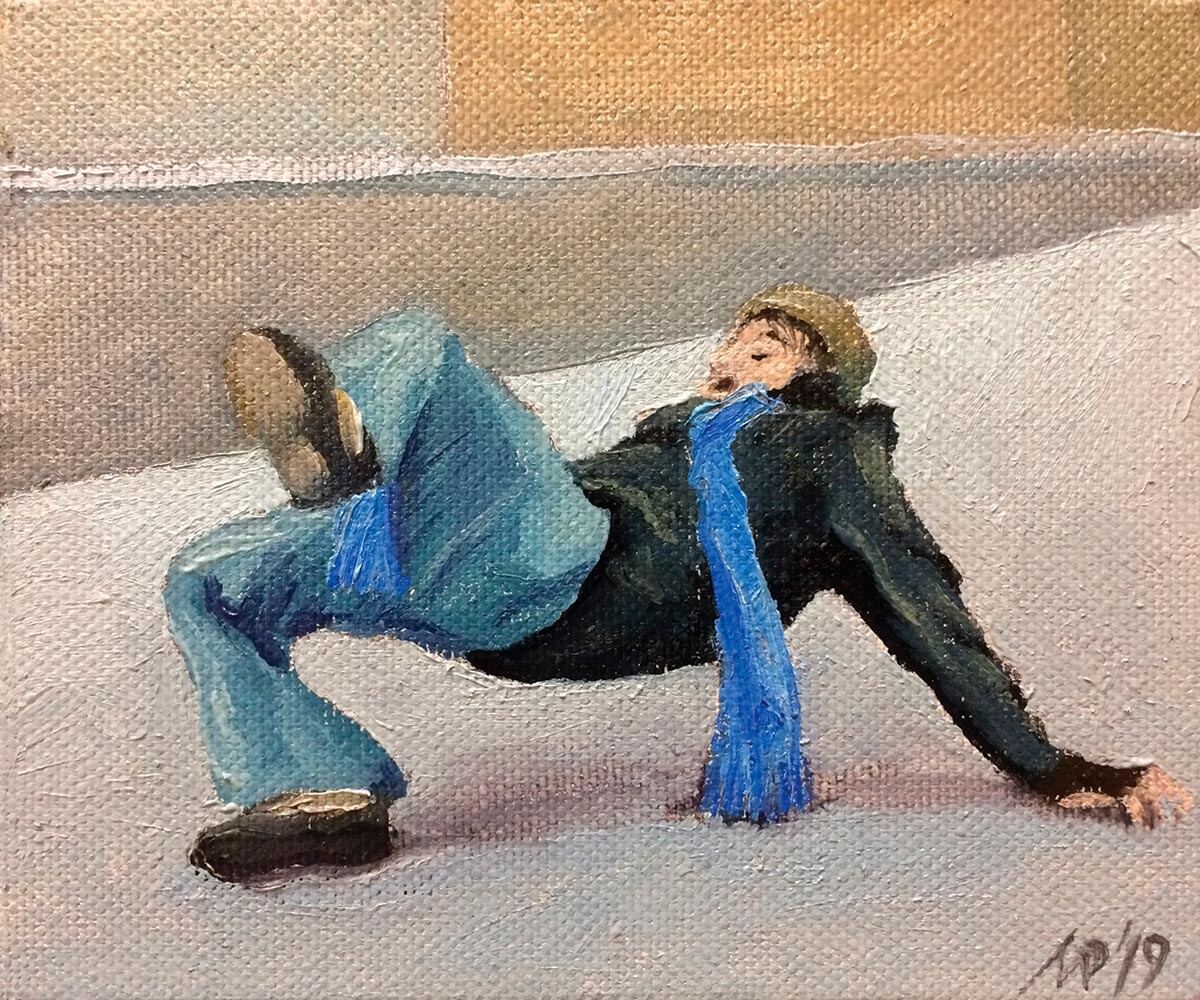 As a result, Ruben created a series of works called "Oops". He painted 10 oil paintings in total and posted them on his website. All of his subjects are real people whom the artist saw falling, and then photographed and painted them. 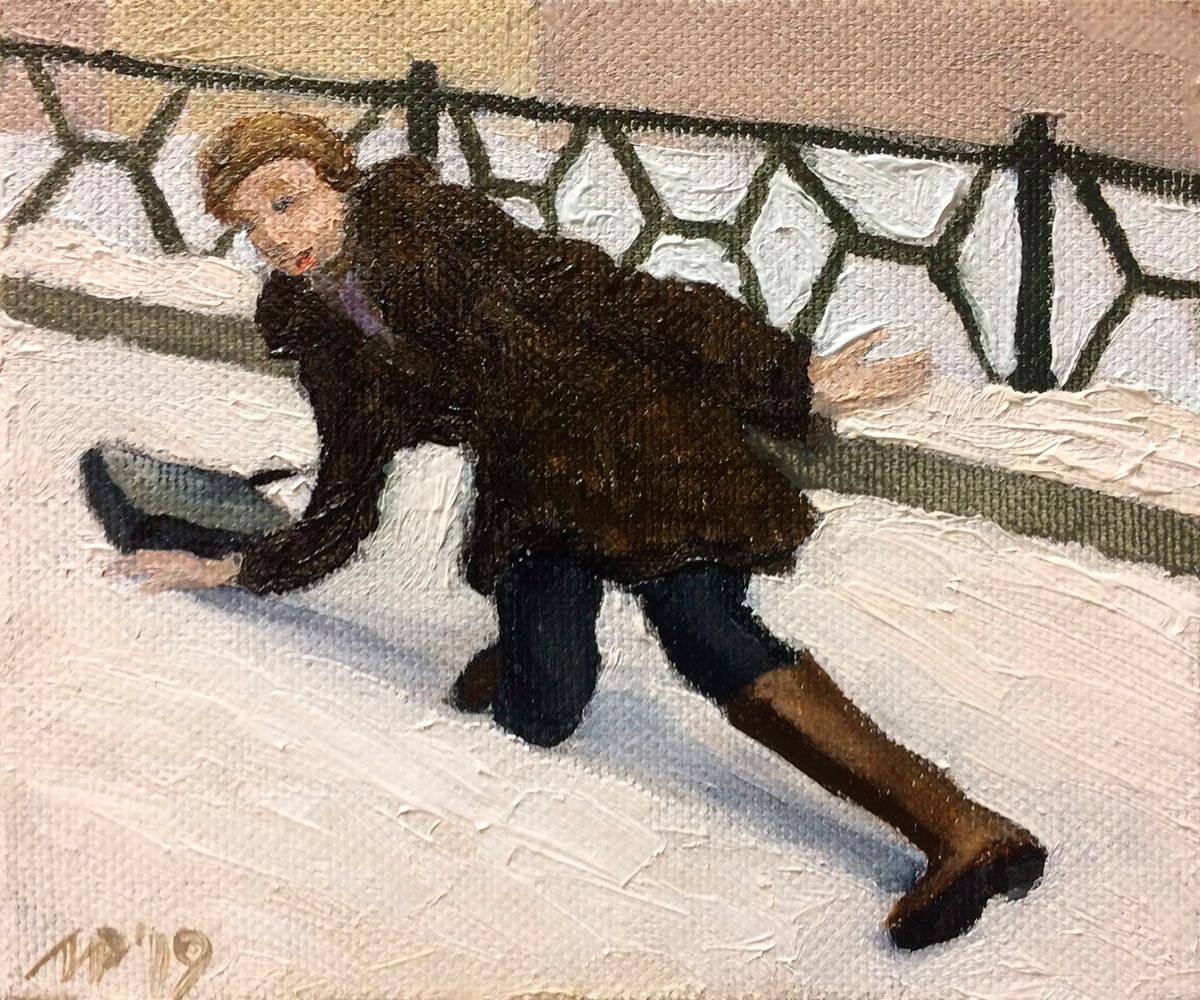 “The exact moment of each fall was vividly imprinted in my mind. But the details of what exactly the people were wearing and other things came from taking a picture on my phone. Sure, it looked rather rude to passers-by – taking pictures of someone who’d just fallen over.” 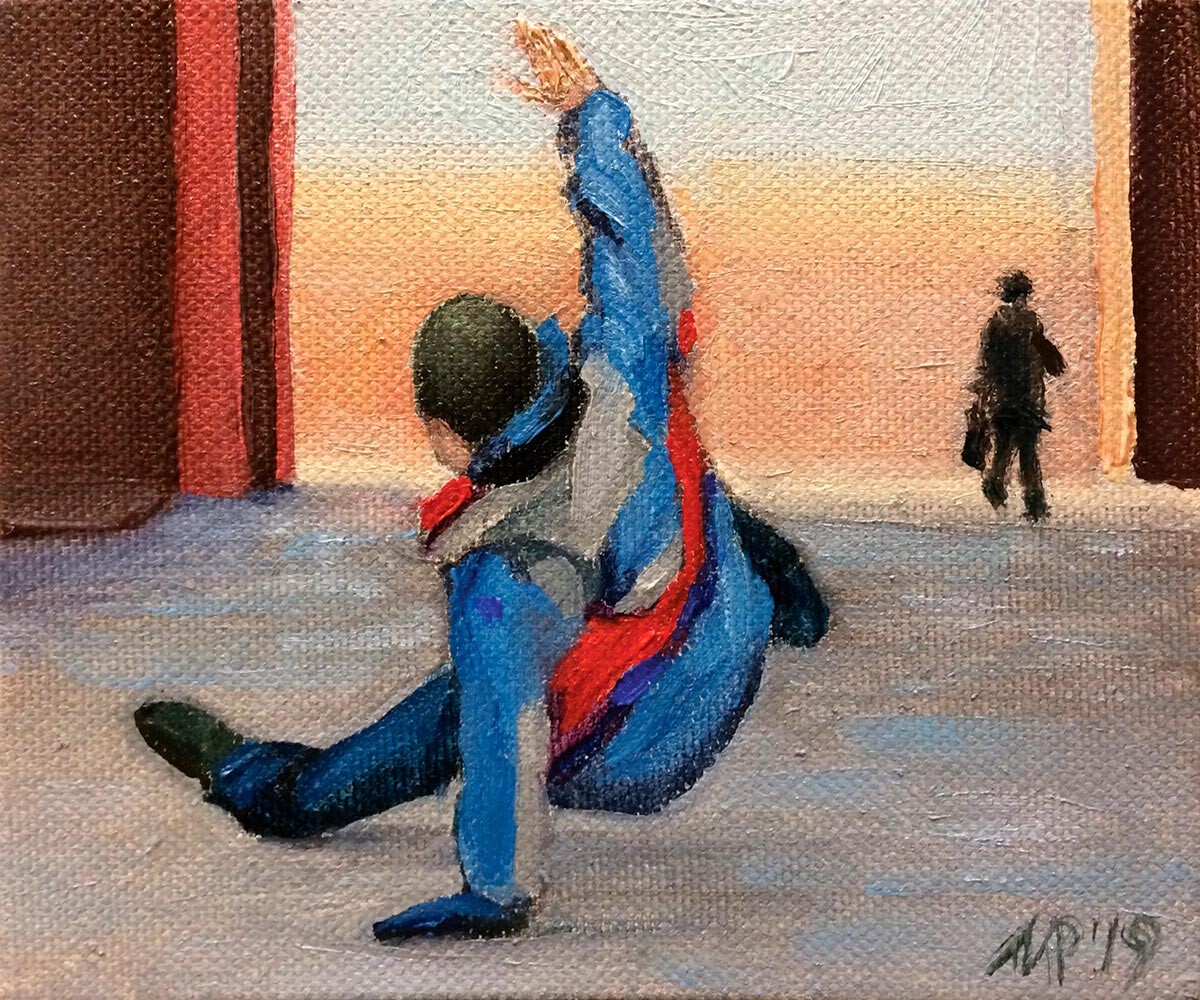 St. Petersburgers regularly complain about uncleared streets. In the winter of 2019, for example, almost 4,000 people were injured after slipping and falling. 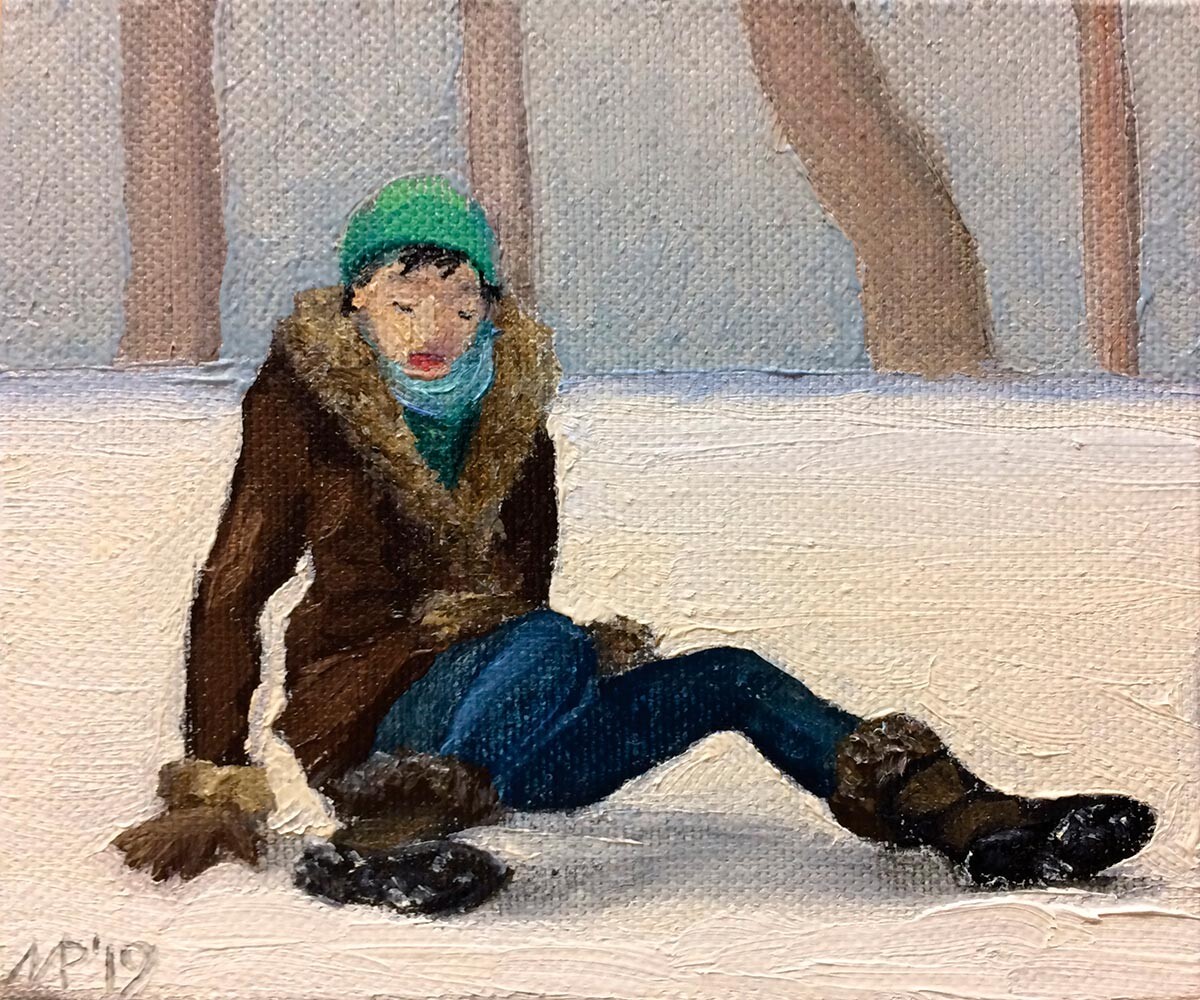 In 2021, heavy snowfall and icy conditions caused many injuries. One city hospital alone in late November saw the number of injured fallers double to 40-47 per day. 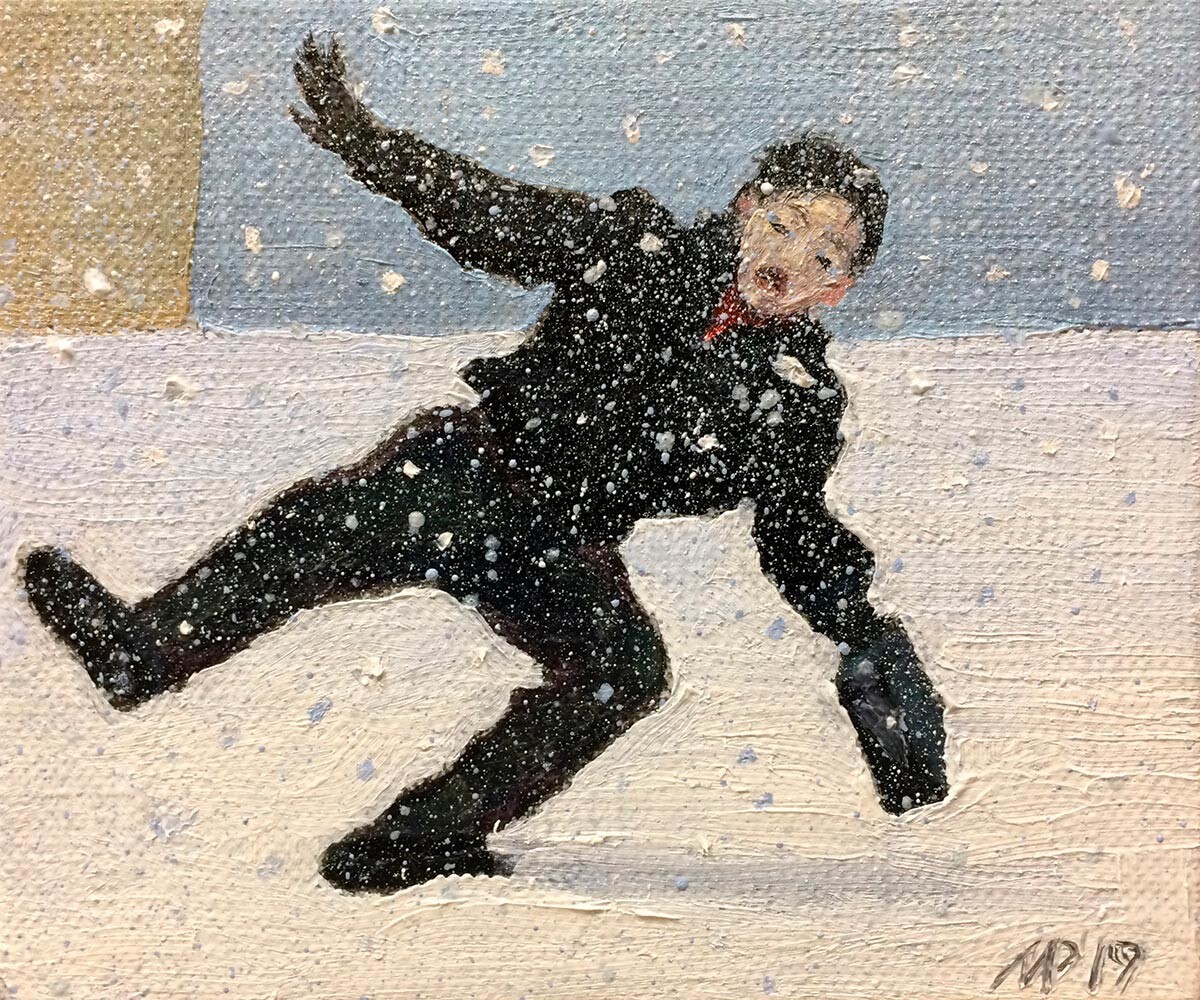 Ruben wanted to use art to draw attention to the need to regularly clear the streets of snow and ice, but he hasn't yet received a response from the city authorities. 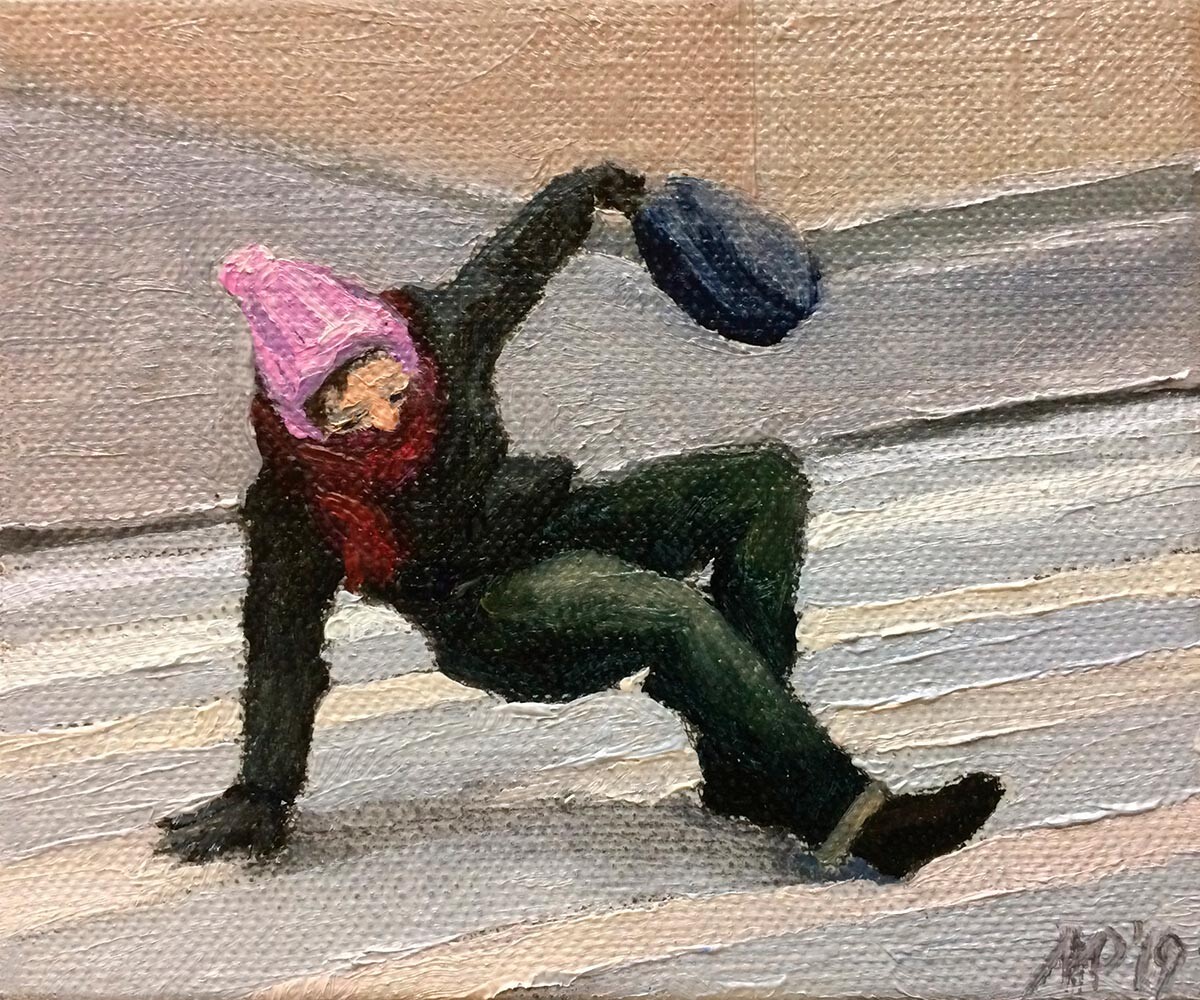 His series of works was published by local media and received positive comments on social networks. “Break dance style”; “Good on you! Life as it really is!”; “Slippery sidewalk kills the culture of speech”; “It can be very painful, so it’s not funny,” are some of the comments written by the public. 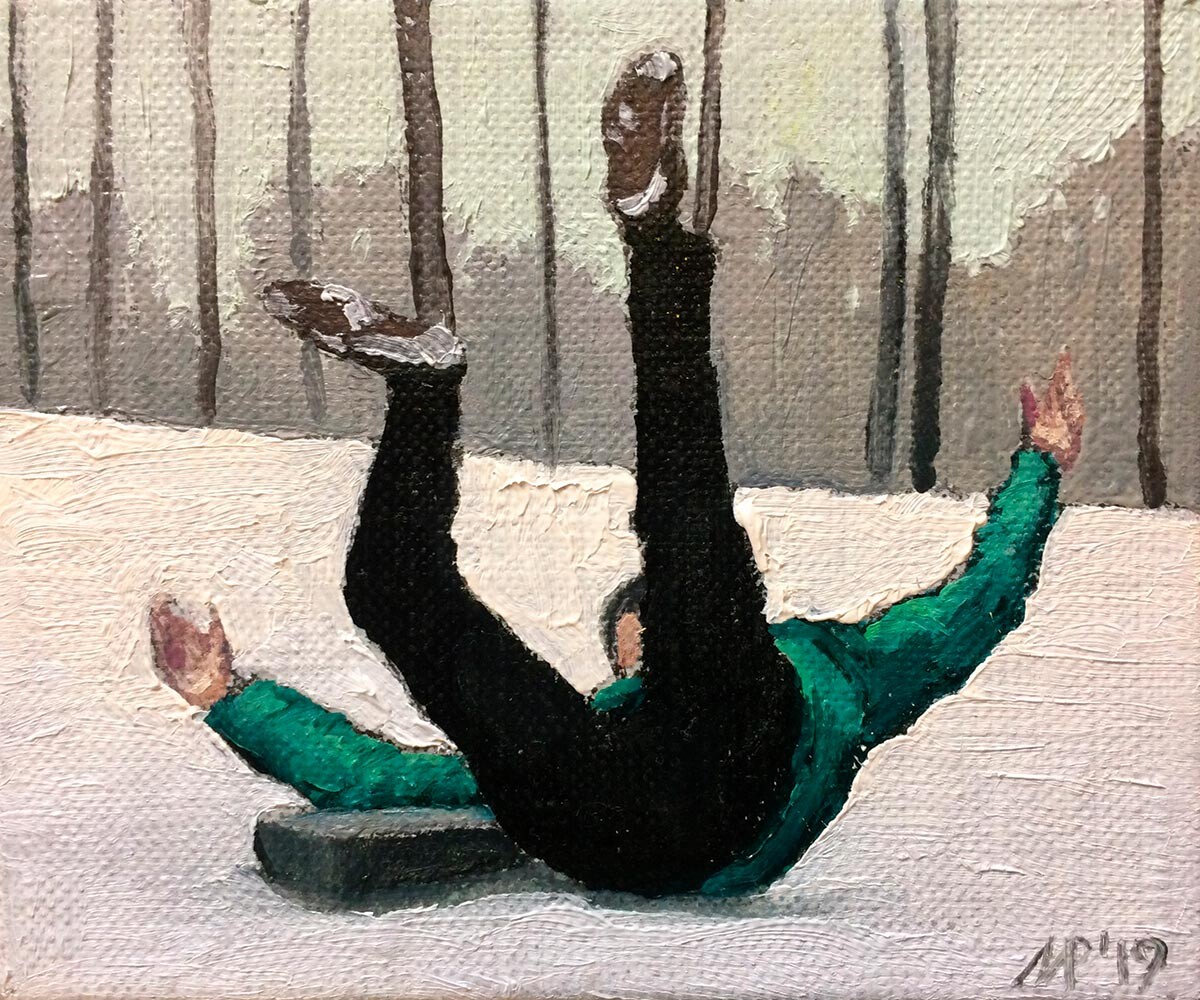 “Alas, the times when art directly influenced society are long gone. I don’t think the state housing and communal services are interested in art in general. And the problem doesn’t bother them much, judging by the way the streets are cleared, or rather not cleared,” concluded Ruben. 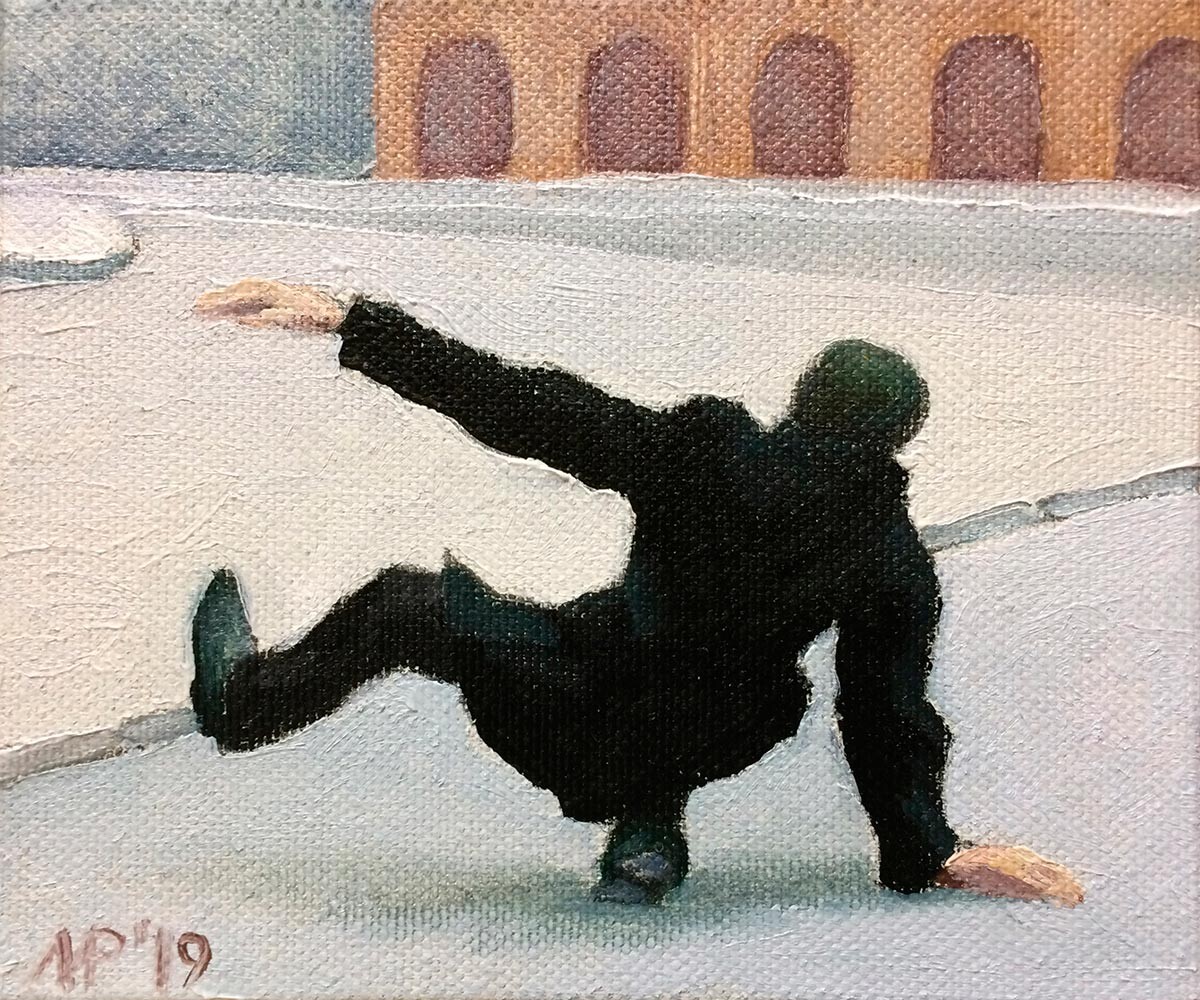