Russians sure know how to break the ice (PHOTOS) 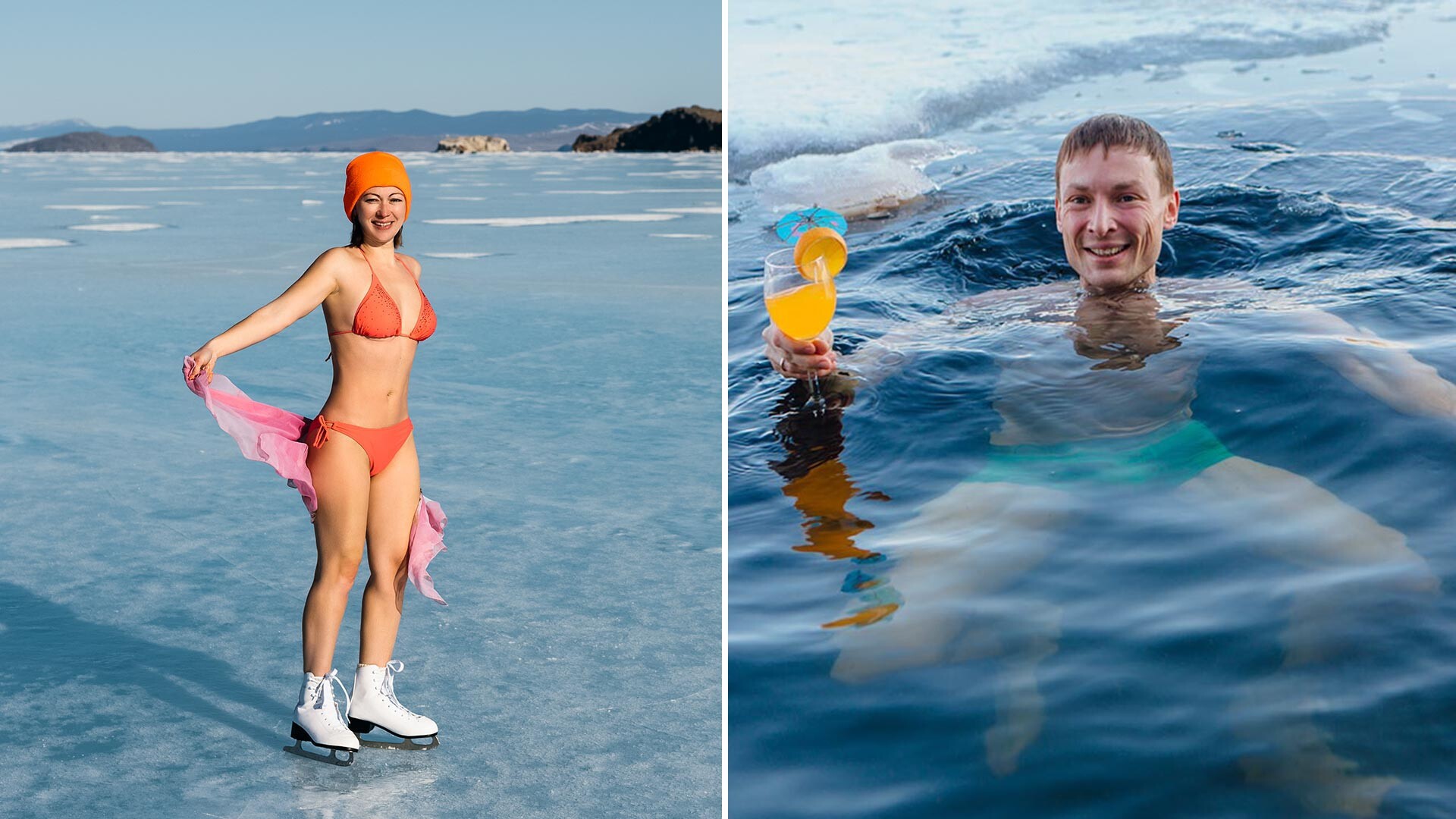 Getty Images; Legion Media
Is there anything Russians don’t do on frozen water? They even drink from it! And thin ice is no obstacle at all.

“Don’t go out on thin ice,” the Ministry of Emergency Situations warns every year. But as soon as the first layer of ice appears on Russia’s lakes and rivers, the fun begins. 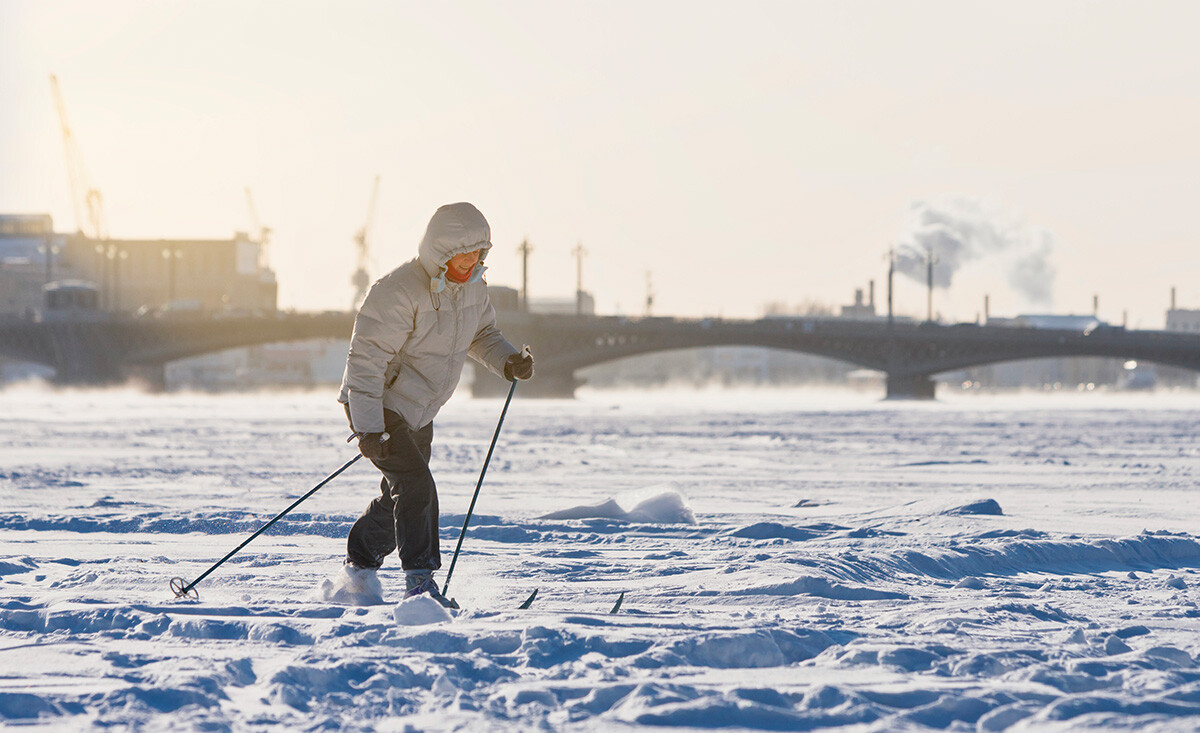 One of the most popular pastimes in Russia is ice skating, and many prefer natural ice. 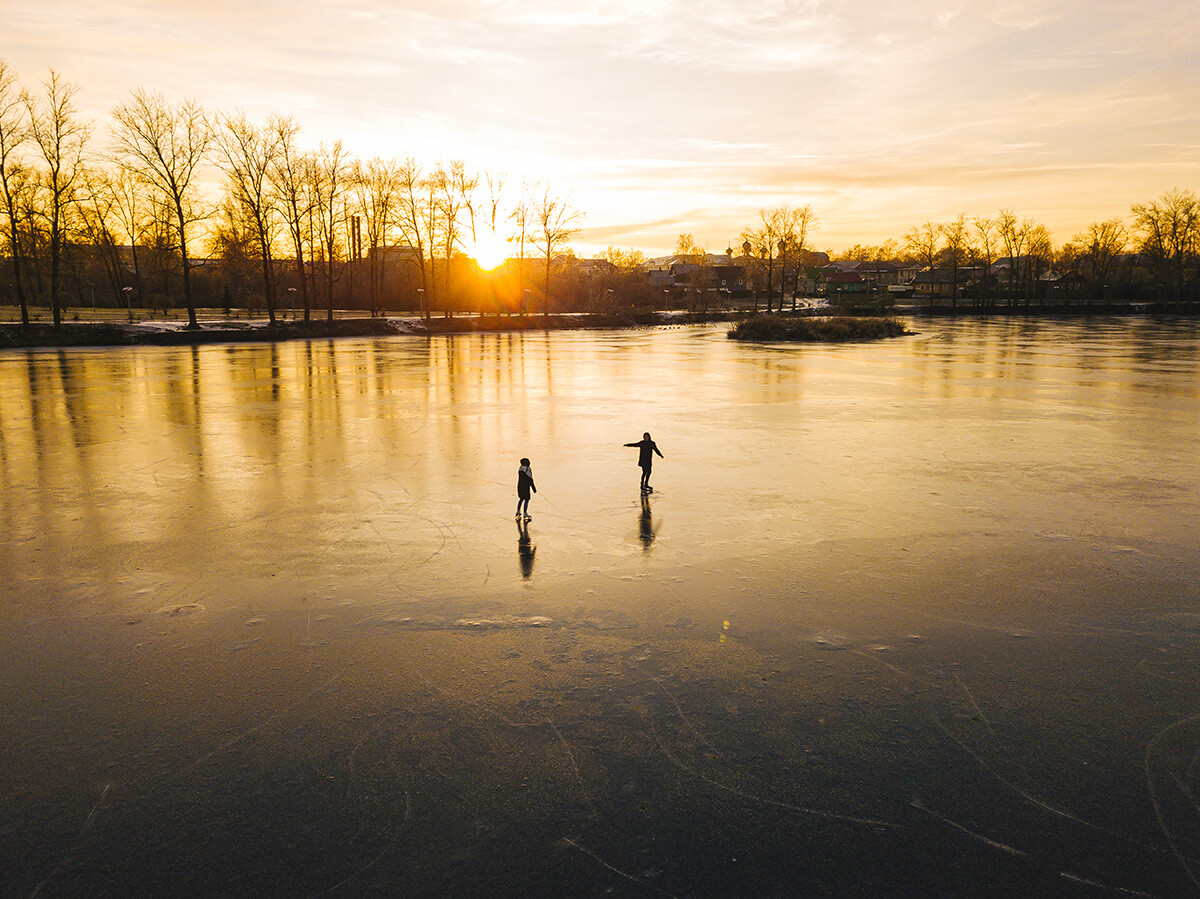 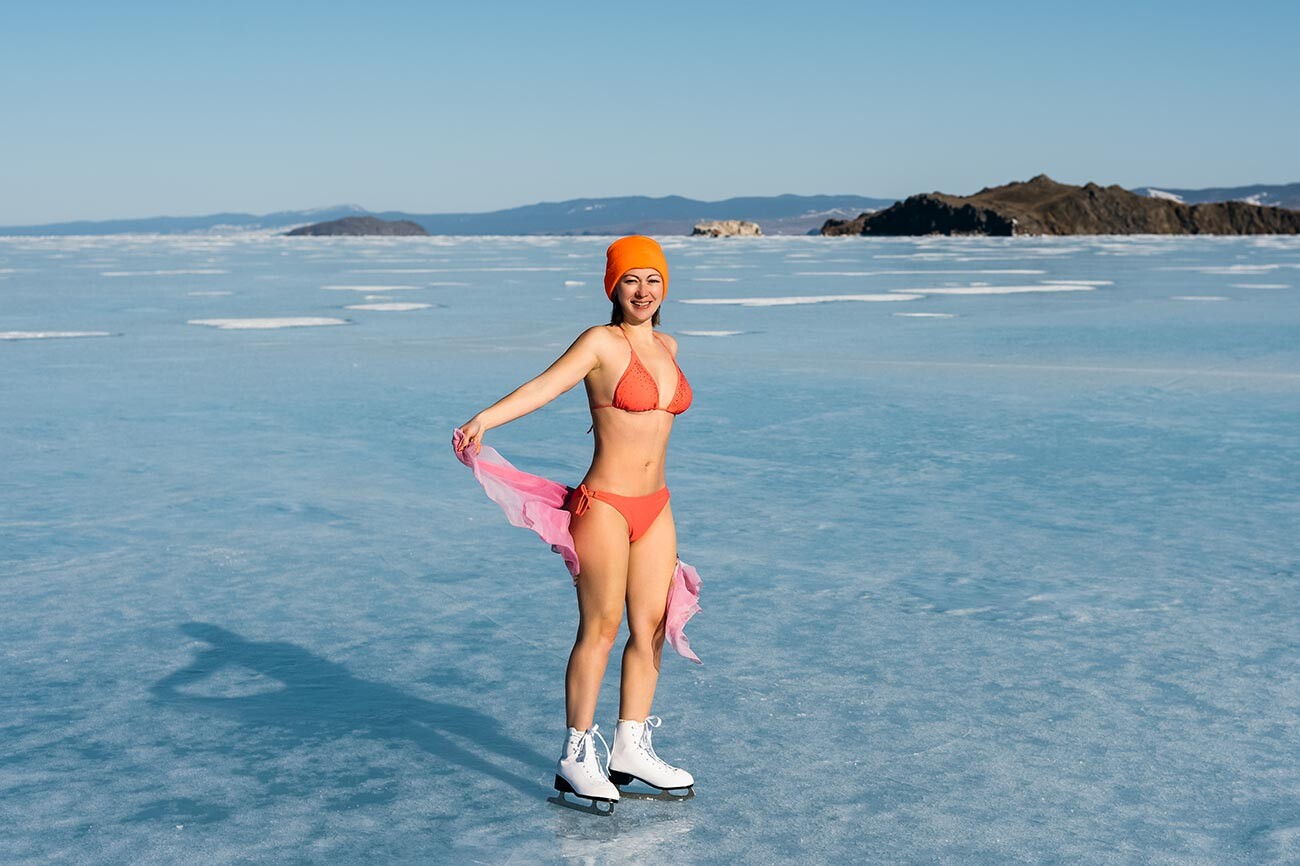 Girl extreme sports in a swimsuit on ice skating

Age is no hindrance whatsoever. 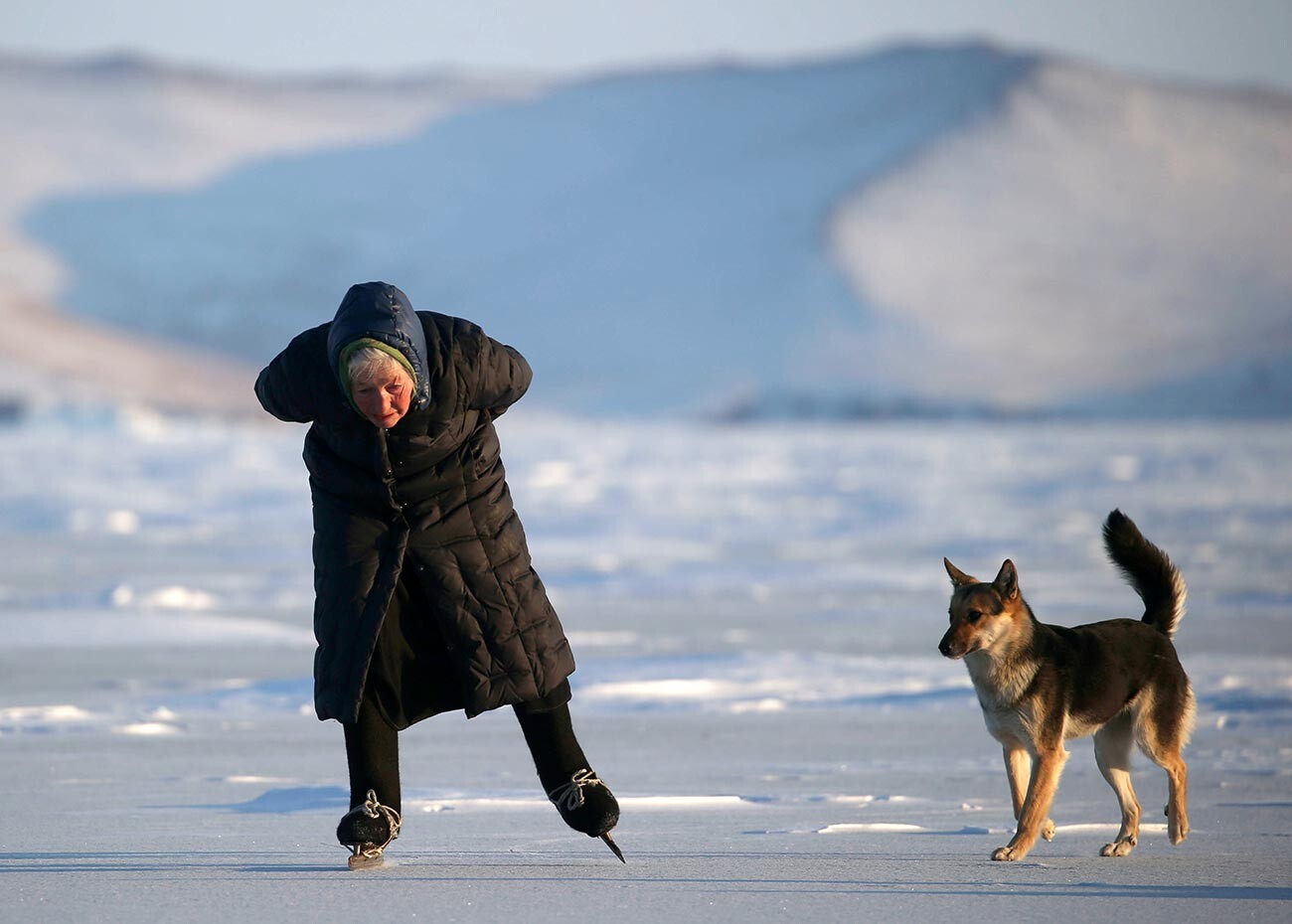 Lyubov Morekhodova is skating on Lake Baikal. Morehodova has been fond of skating since childhood. Now the woman uses running "Norwegian" of 1945, brought by her sister from Irkutsk. She ties the blades directly to the boots. - Natalia Fedosenko/TASS

Some go for a stroll or ski on the ice – this is especially common in St. Petersburg. 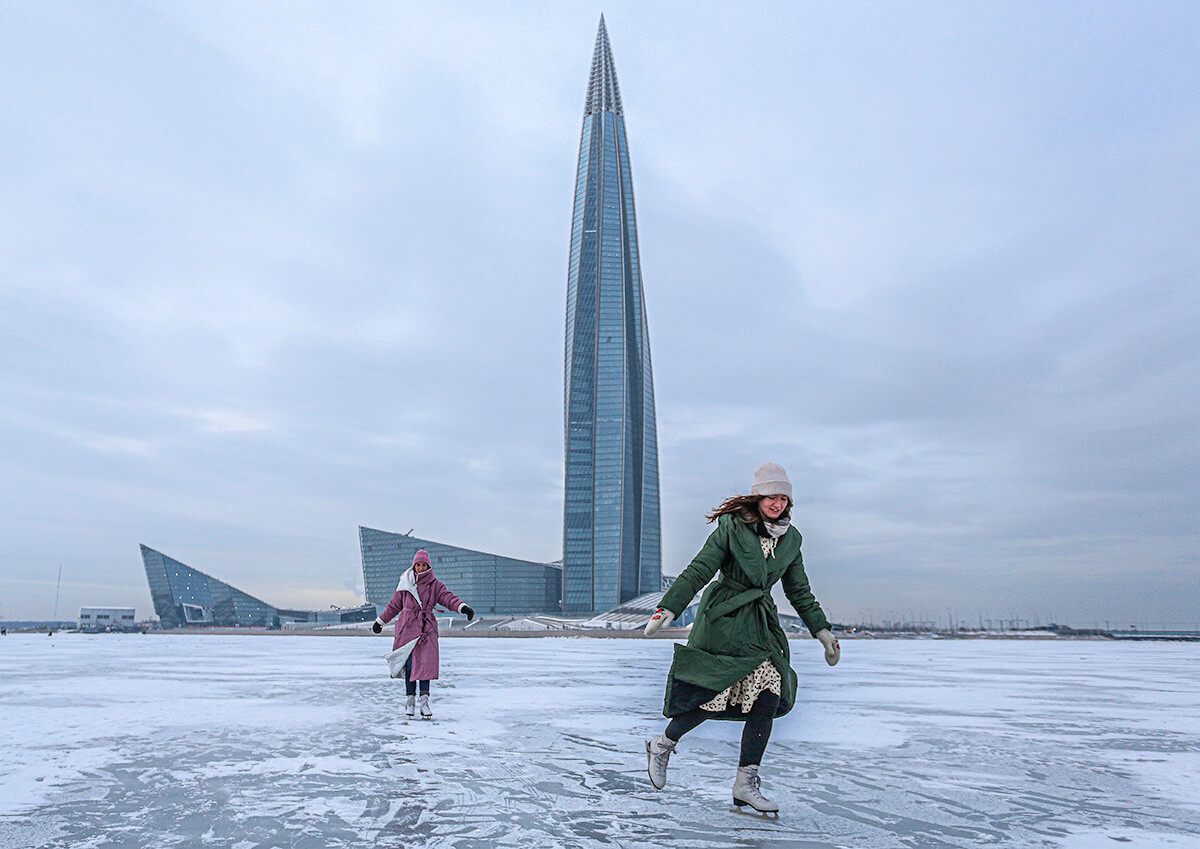 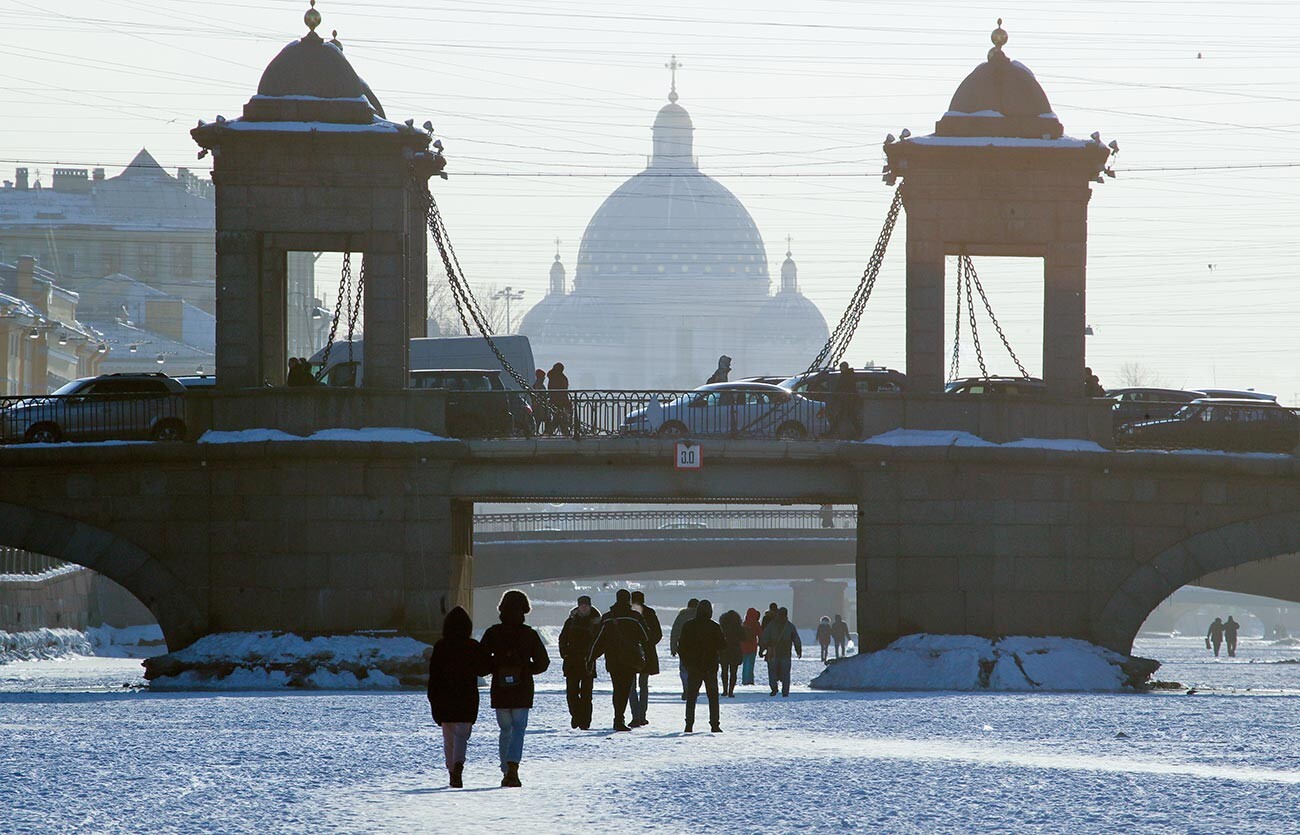 People walk on ice on the frozen Fontanka River in St.Petersburg, Russia, Wednesday, March 7, 2018, with Troitsky (Trinity) Cathedral in the background. The temperature in St. Petersburg dropped to minus 12 degrees Centigrade (10 degrees Fahrenheit

Ice fishing is another favorite pastime, and competitions are held regularly. 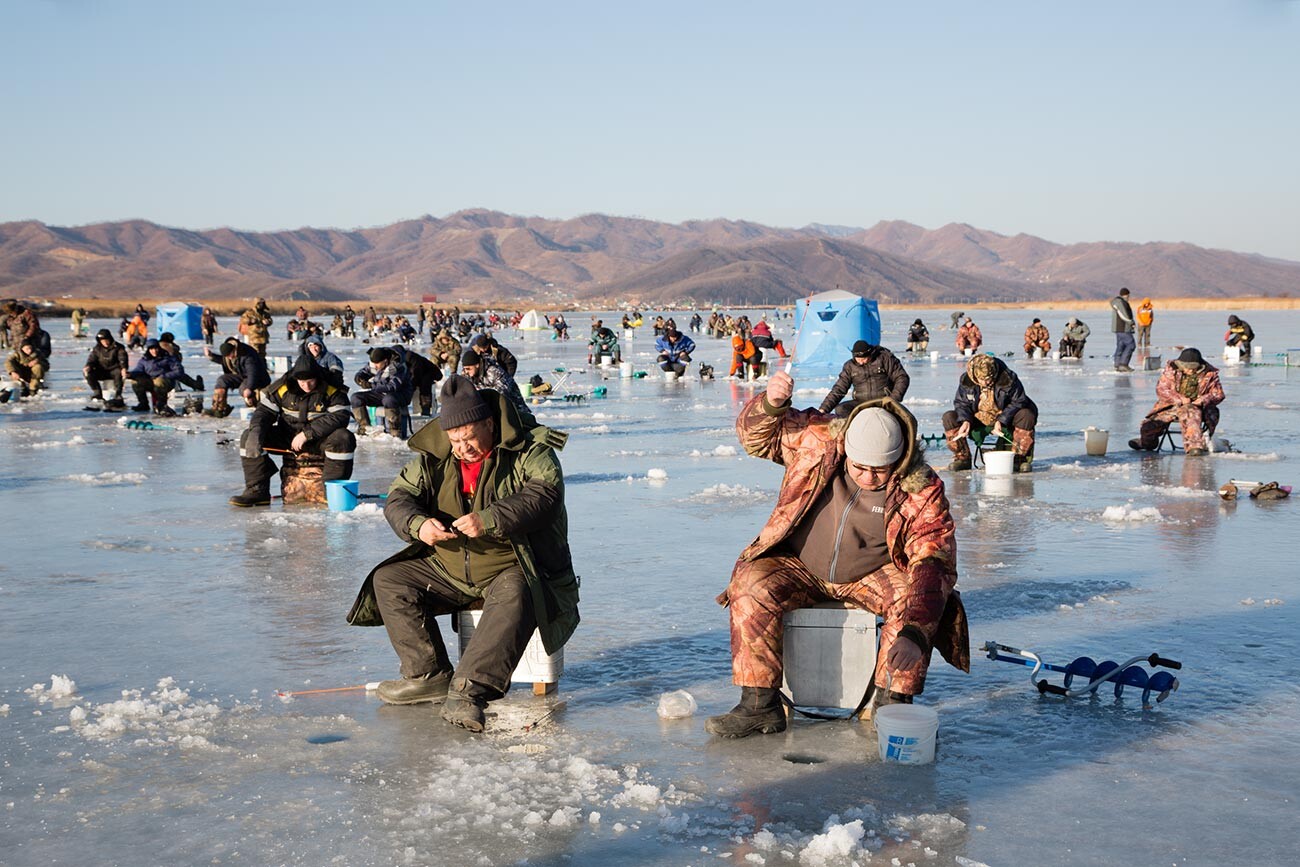 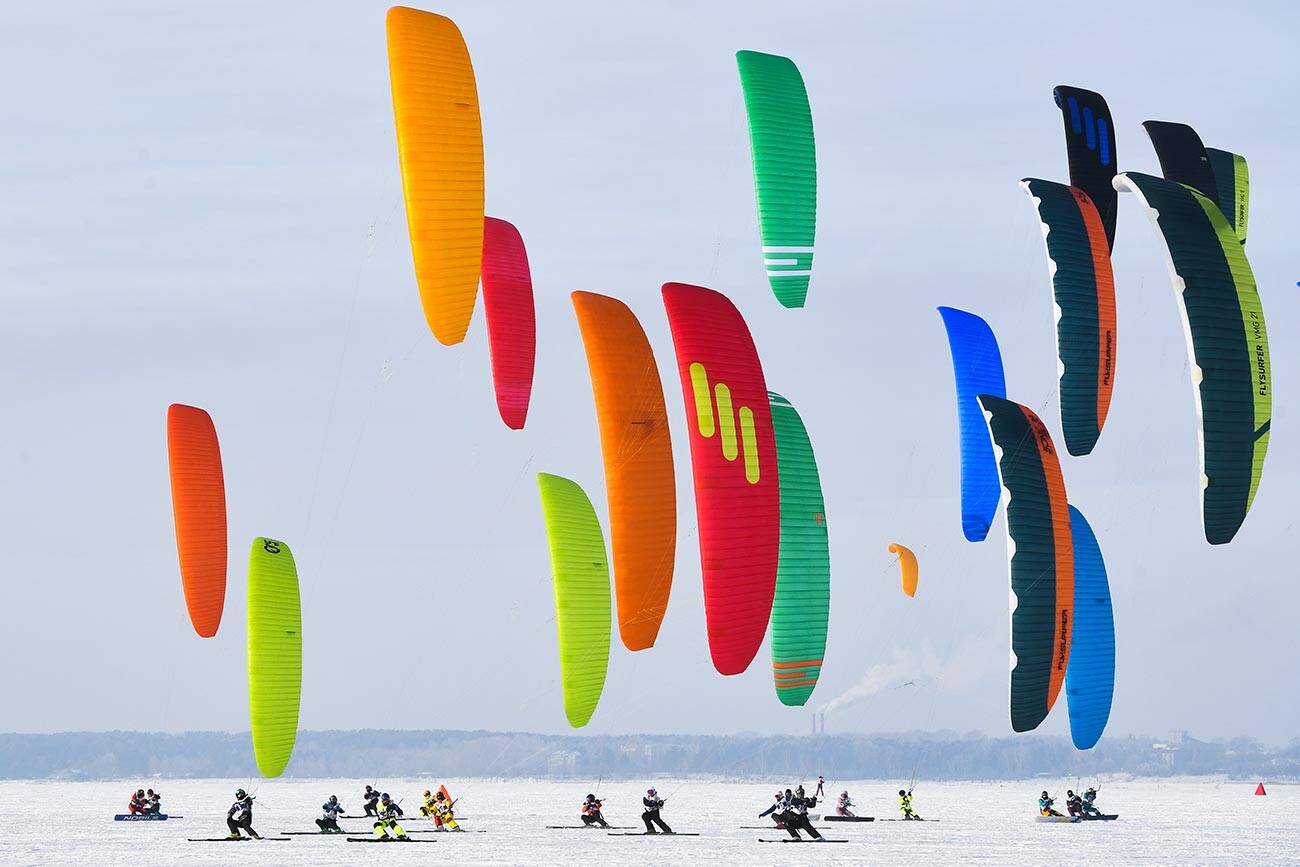 Others like to run on the ice, and even organize half marathons. More than a thousand people annually take part in ice races in Vladivostok alone. 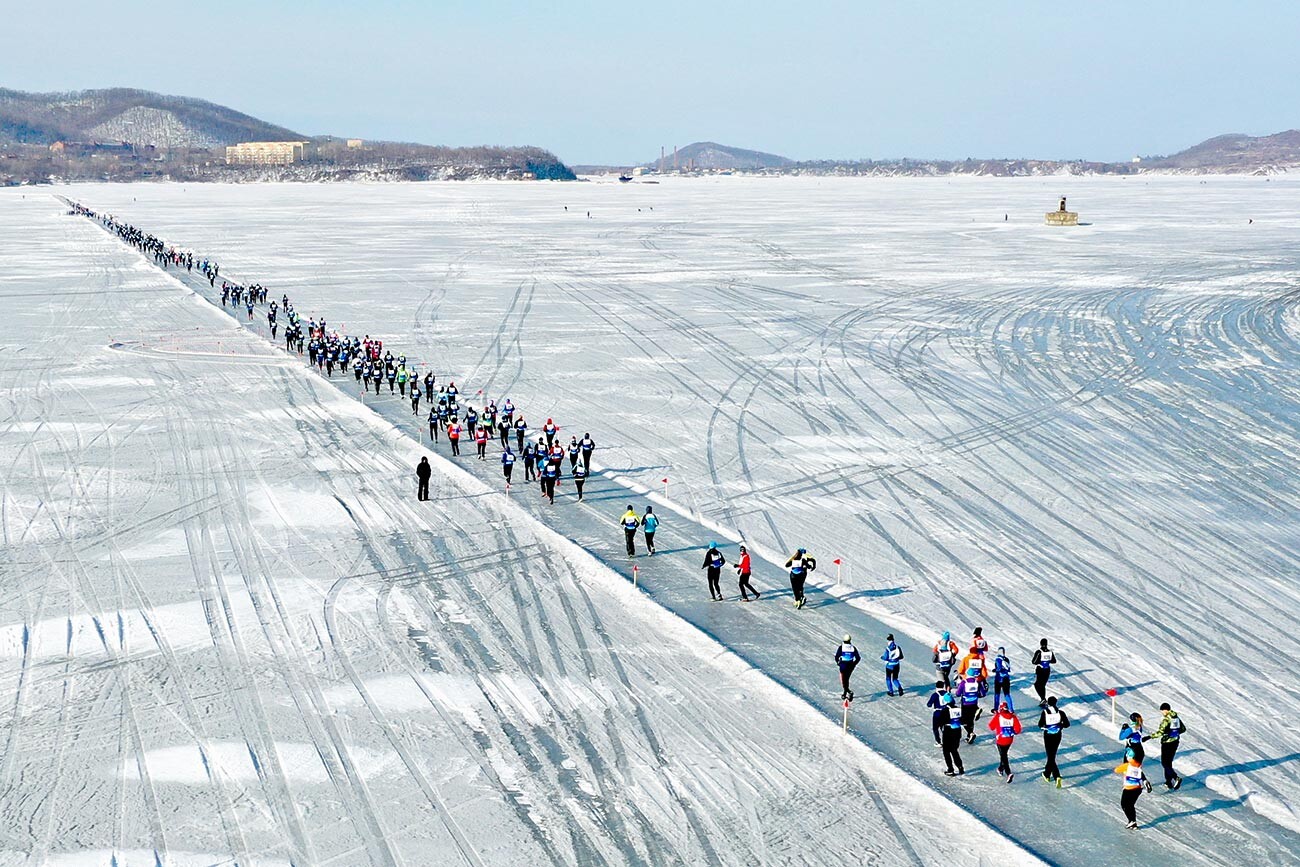 Participants of the Honor Vladivostok Ice Run half marathon near Russian Island. More than 1 thousand people from 15 regions of Russia took part in the races at distances of 5, 10 and 21.1 kilometers. Trails of 1 and 0.5 kilometers have been prepared for children 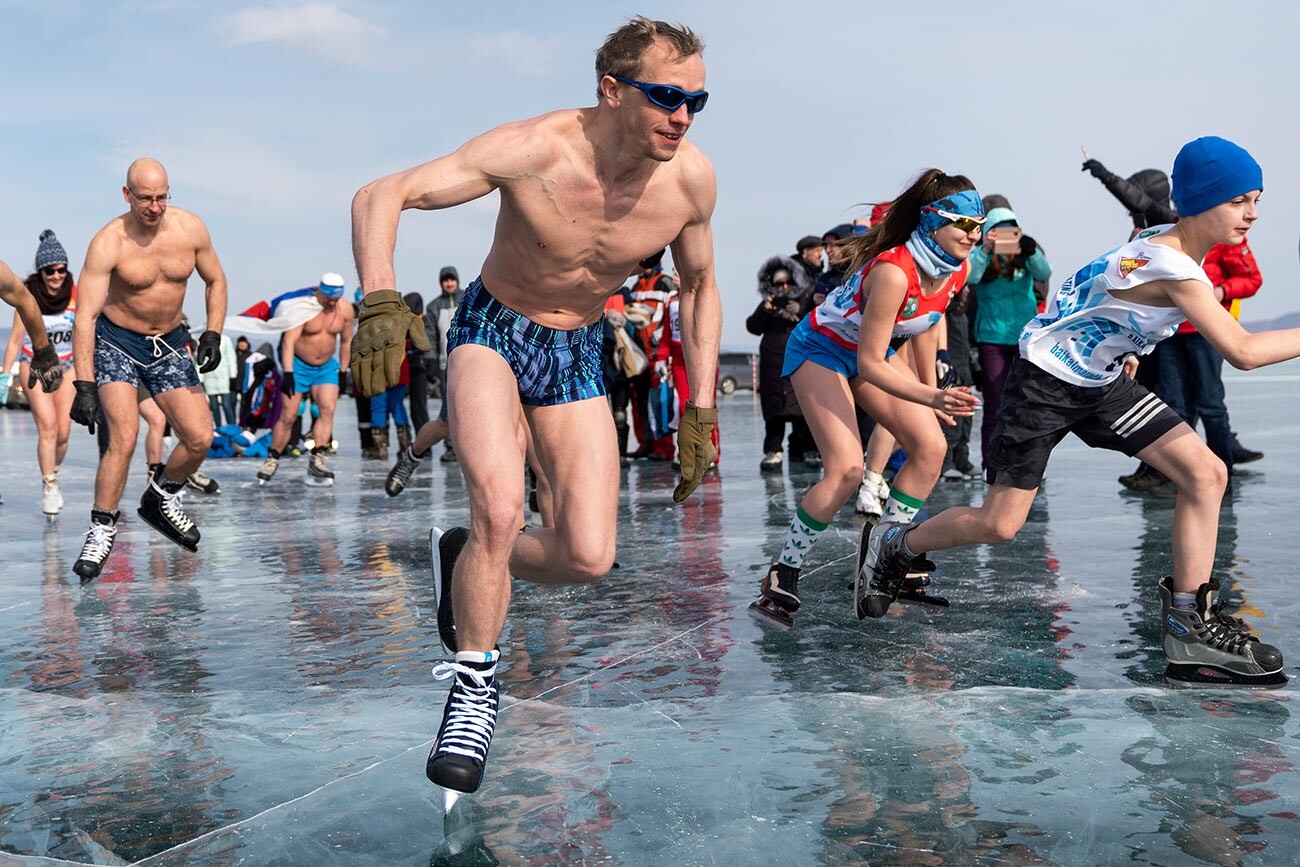 As well as hockey matches. 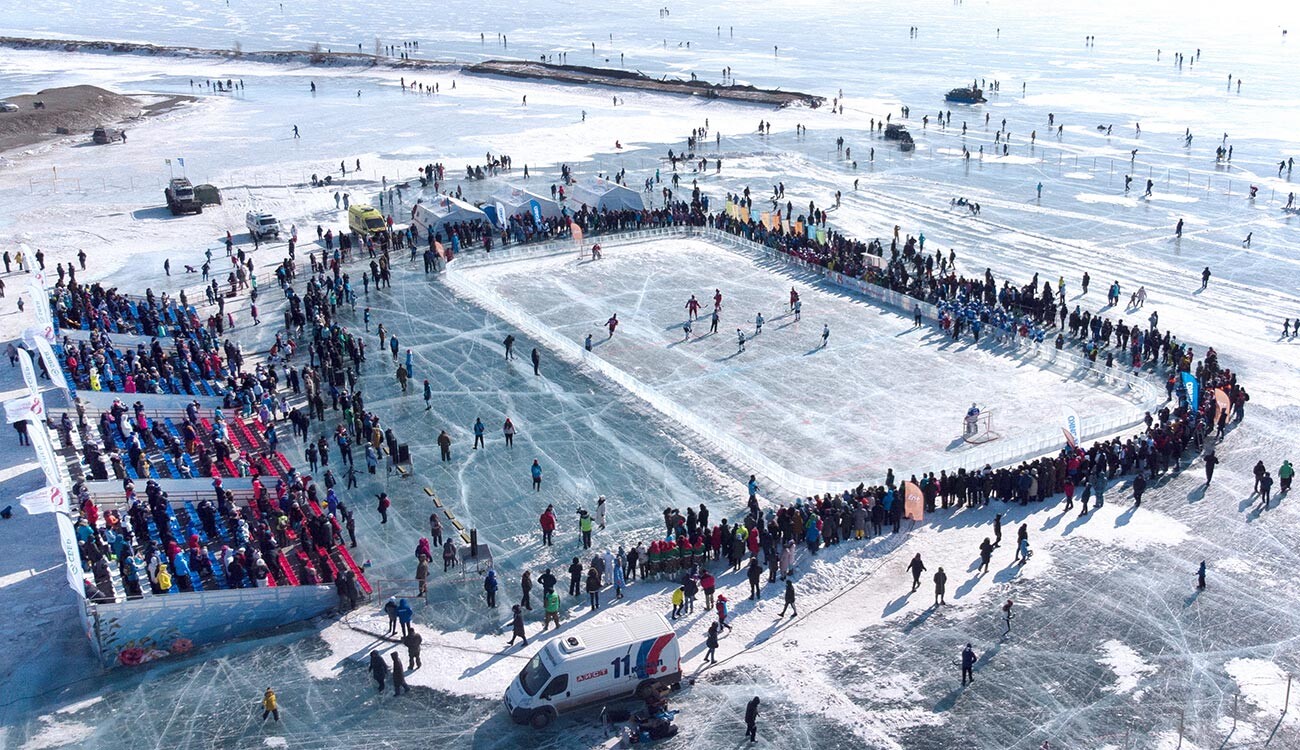 Tourists visiting Lake Baikal have the chance to enjoy the “Baikal Kiss” cocktail: they cut a small hole in the ice, pour in vodka, brandy, champagne or whatever, lie face down on the ice and slurp it out, snacking on berries. 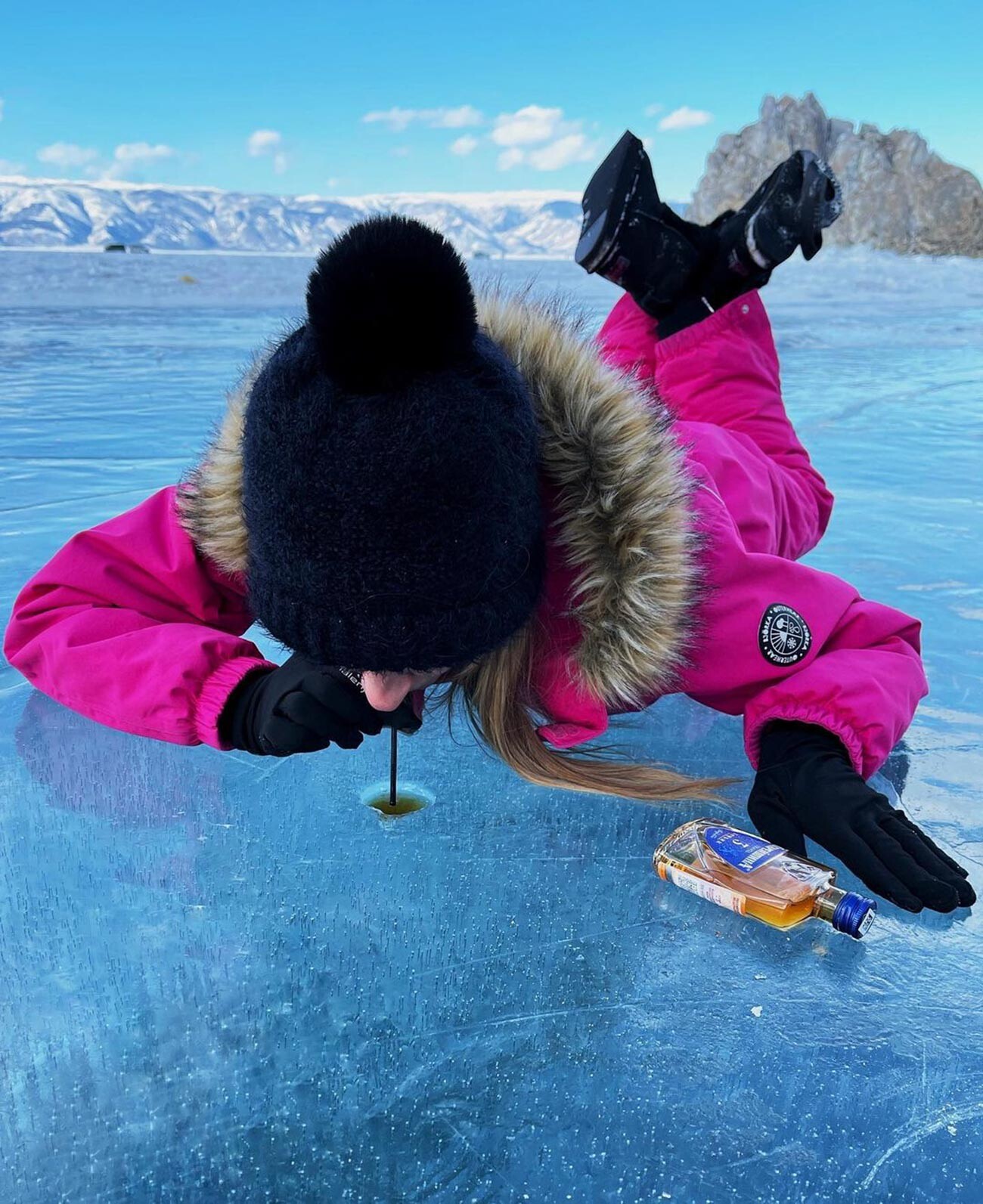 And, of course, there are the “walruses” – ice-water lovers who always open the winter swimming season. 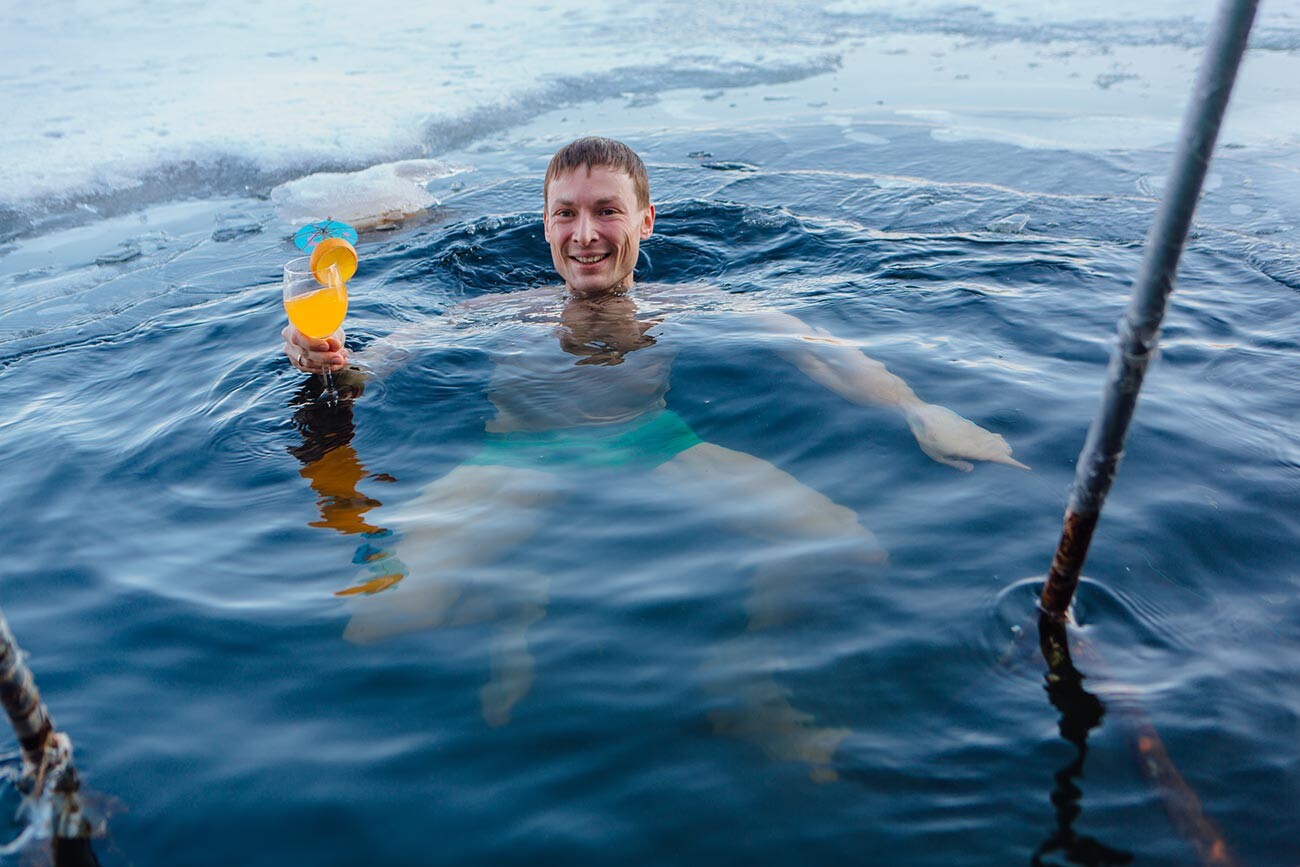