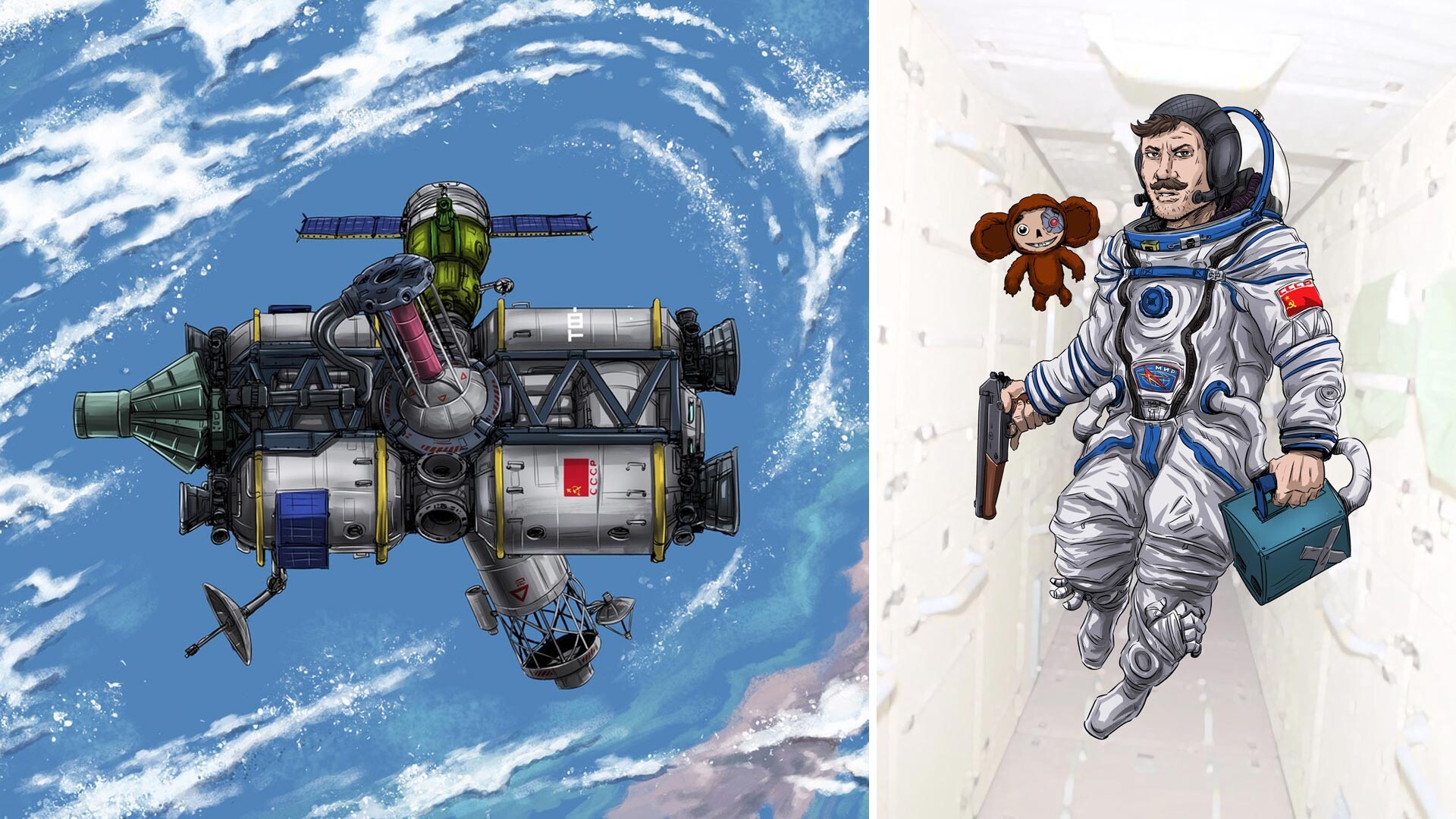 “Space communism for the masses!”... “What a beautiful lazer sickle!”... “How come the silhouette of the country on this poster doesn’t match the USSR’s?” These and other comments could be seen online on ‘Klukva Press’ - a VK social network page for the creative society of authors of “alternative cosmonautics”. 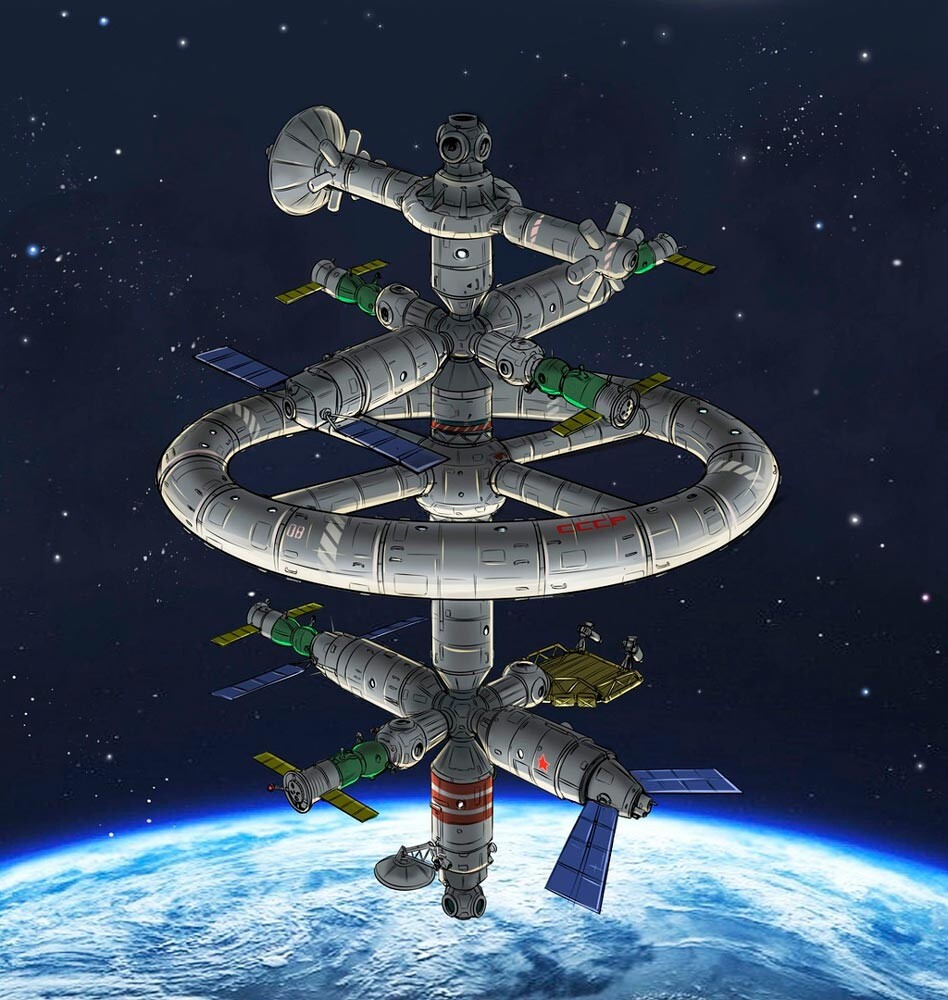 Among the works are unrealized Soviet-era space projects, cyber-posters and made-up cyberpunk characters.

All of the works and comics are created by one man - 35-year-old Aleksandr Orlov from Cherepovets, Vologda Region. His day job is as a manager in a Russian IT company. He’s been drawing since childhood, as a hobby. In 2010, he released his first fantasy comic. Orlov frequently draws inspiration from Soviet and Russian rockets. 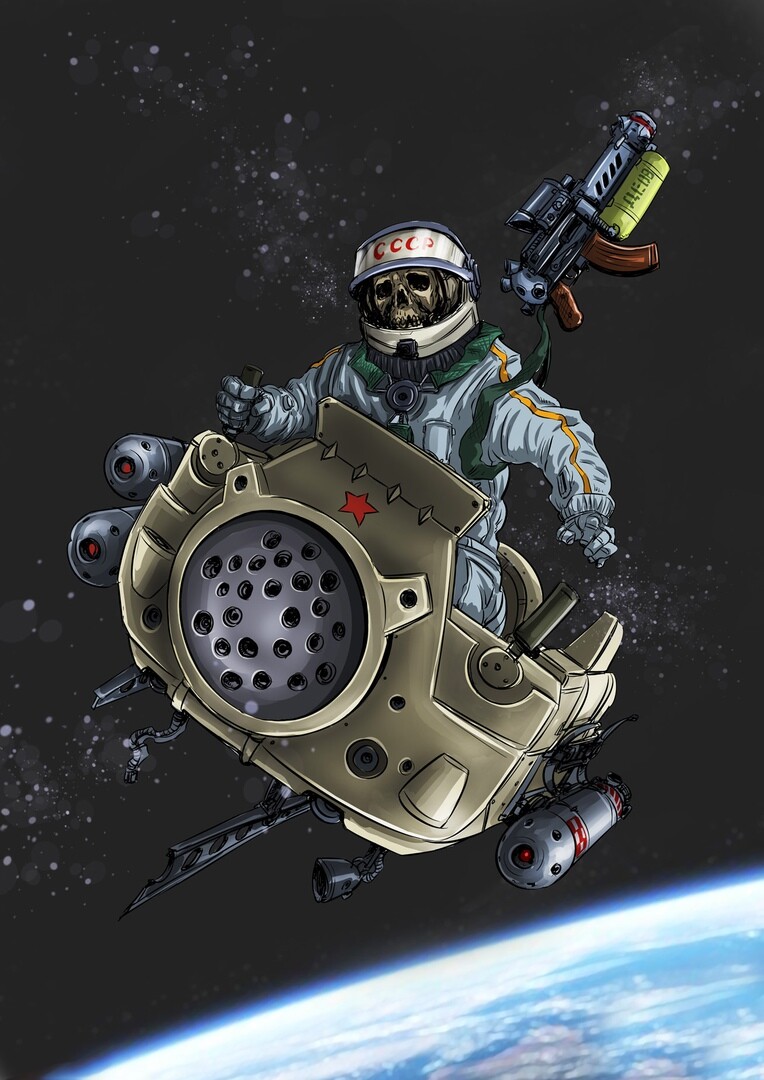 Aleksandr believes that a modern Soviet Union would definitely have its own ‘Kosmograd’ - a “space city”. 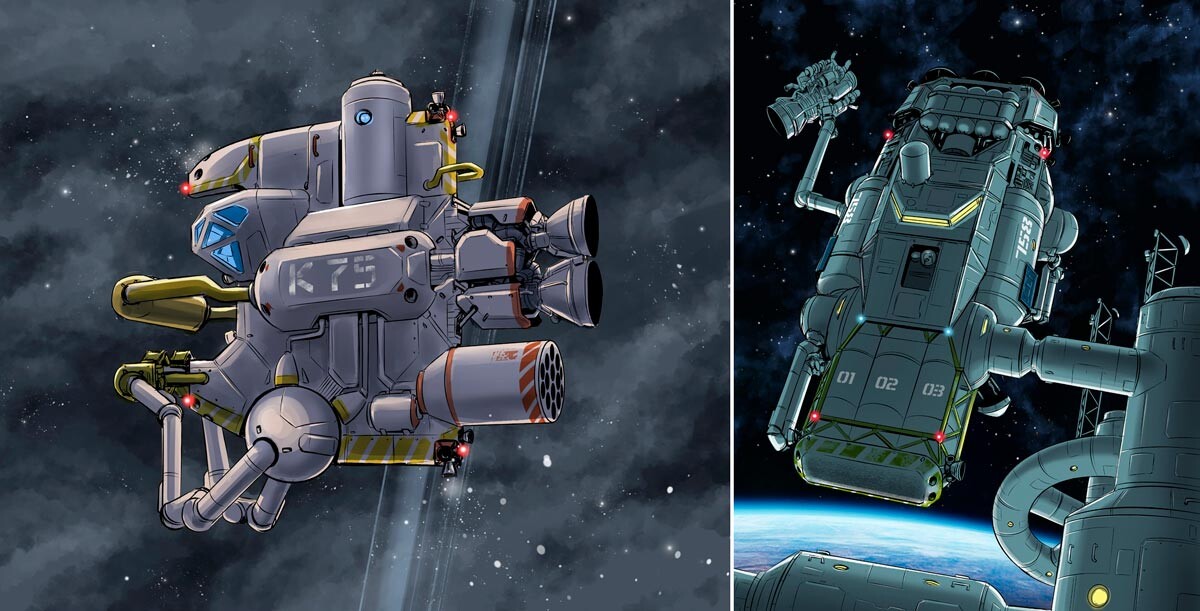 An upgraded version of the orbital ‘Typhoon’ platform could look like this in the future, for instance. The ‘Typhoon’ was a series of calibrating cosmic devices being developed back in the 1970s for installing and adjusting Earth and space-based complexes, run by the Soviet Ministry of Defense. 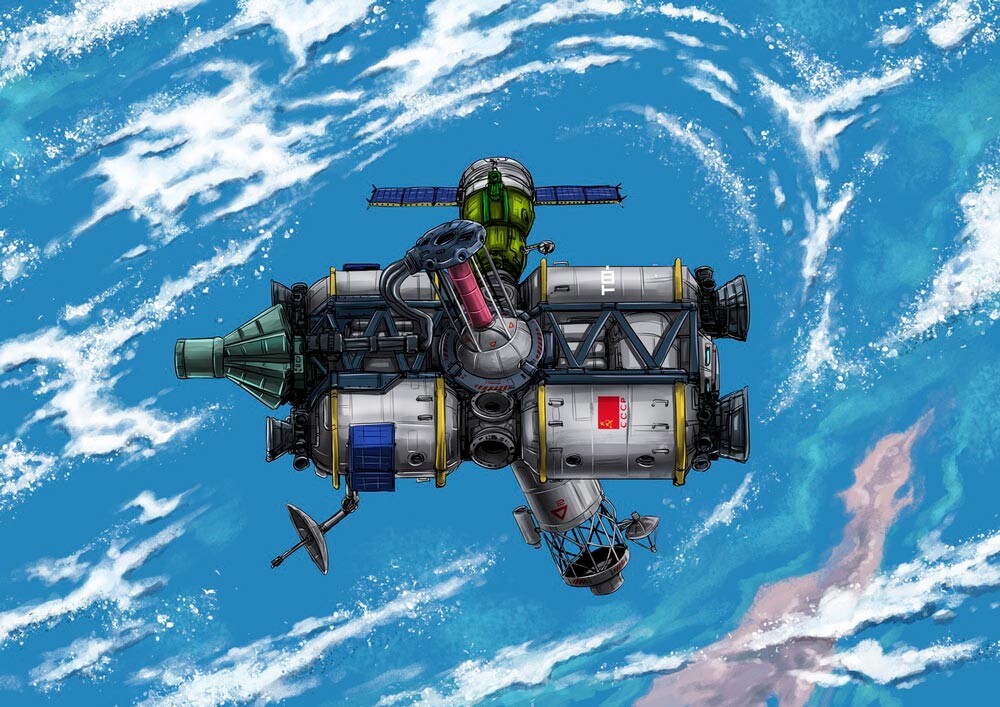 And there, we see the ‘Almaz’ orbital space station complex. It was being developed in the 1960s for the purpose of photographic and radiot-echnical orbital surveillance and controlling Earth-based objects. 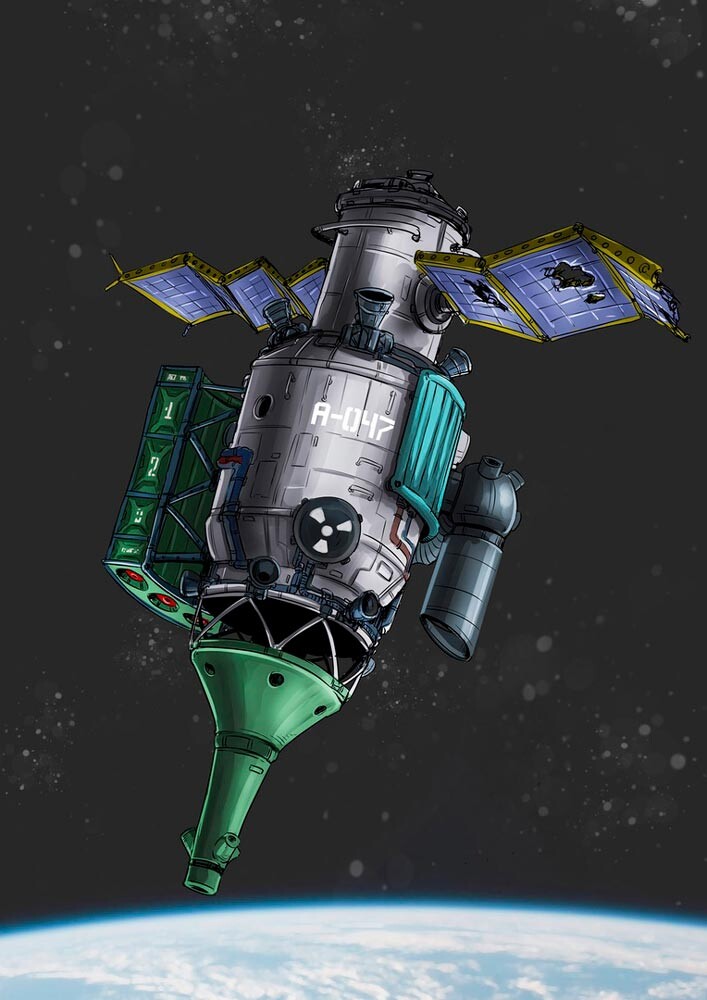 The ‘Soyuz-FG’ rocket, launched last from the Baikonur Space Center, would have looked particularly menacing with the Soviet ‘Igla’ space docking system in tow. 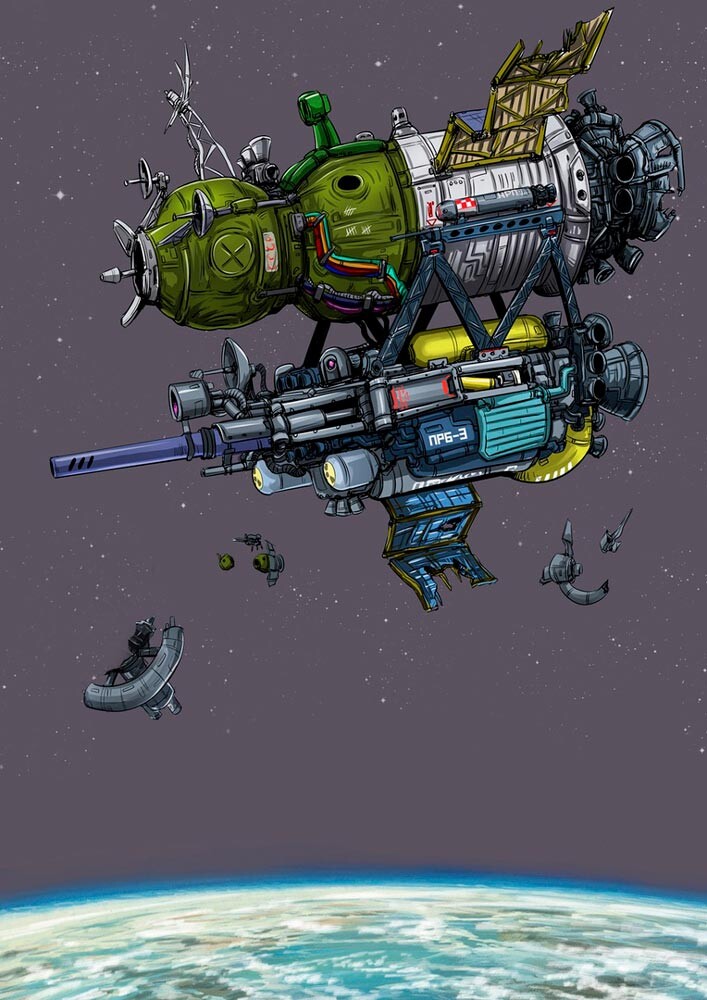 This is what Russian cyborgs who work on rocket-building factories would look like. 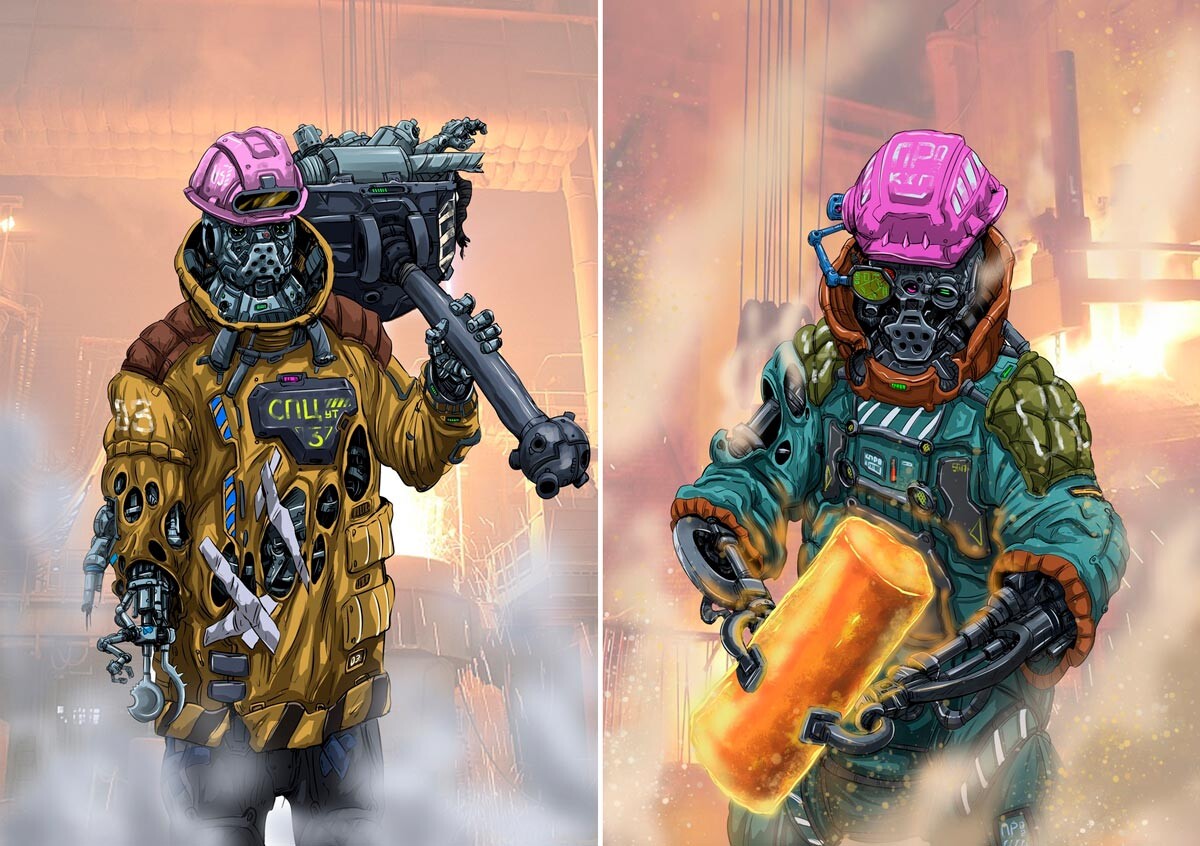 And this is what the Soviet answer to ‘The Mandalorian’ - a Nano-Cherburashka and a mustachioed cosmonaut with a revolver. 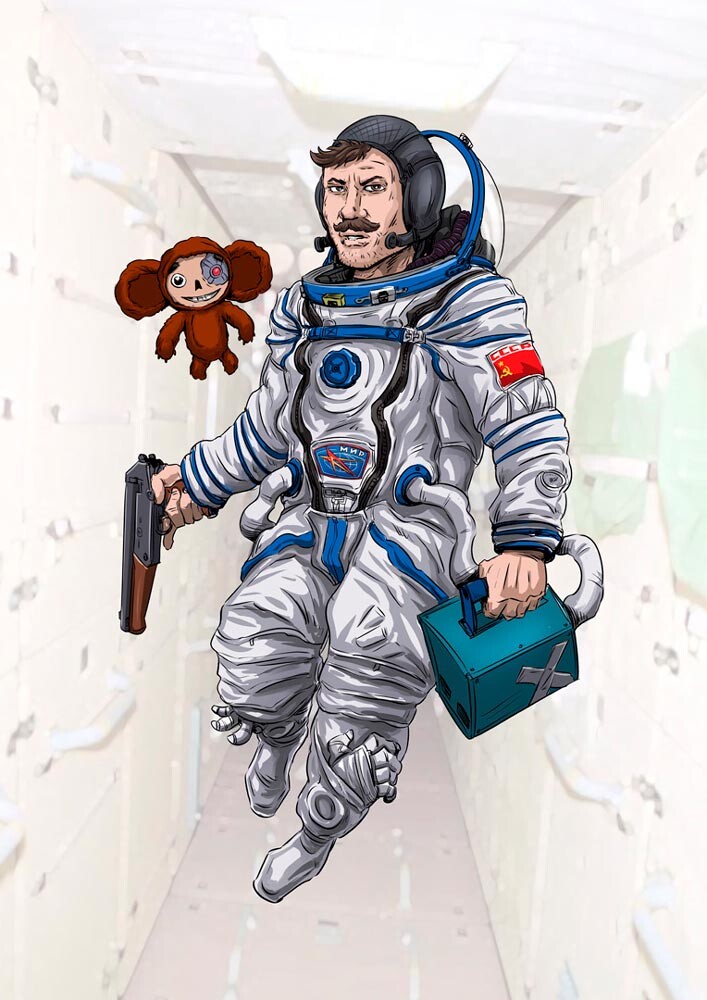 A Soviet cyberpunk reality would have had propaganda posters for sure: “Comrades, do not forget to charge your implants.” 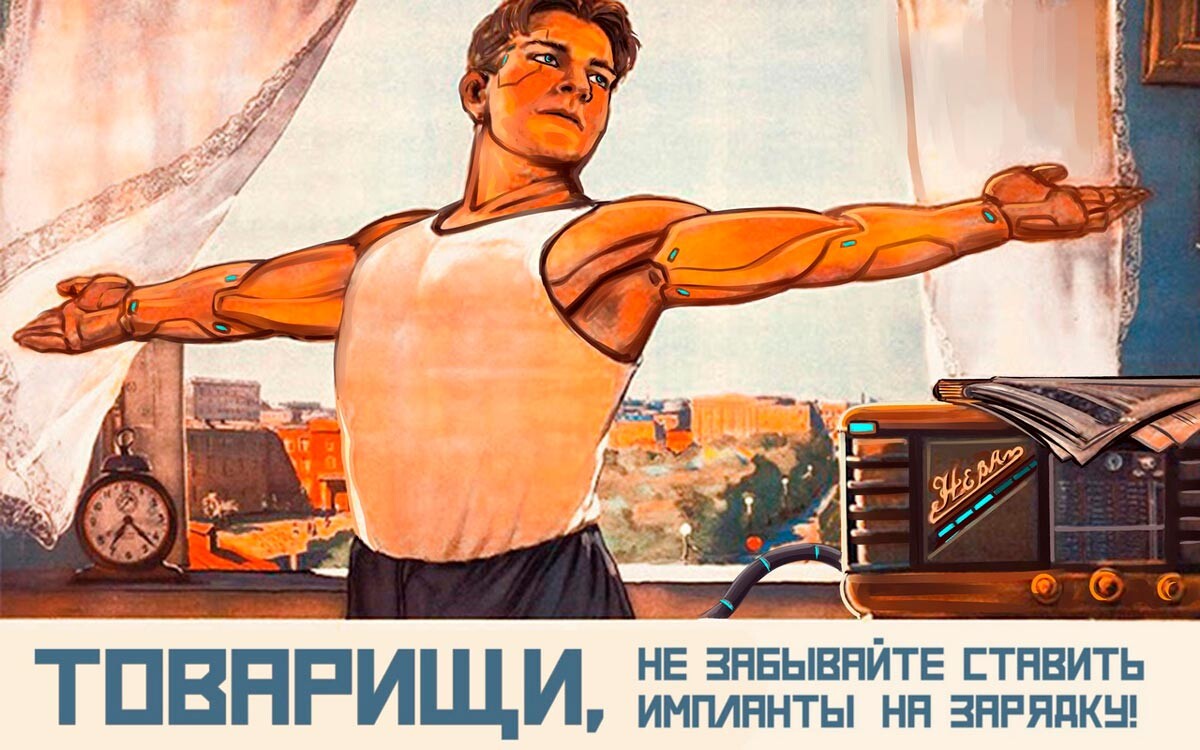 “Shift master! Do not allow workers without proactive nanobot injections!” 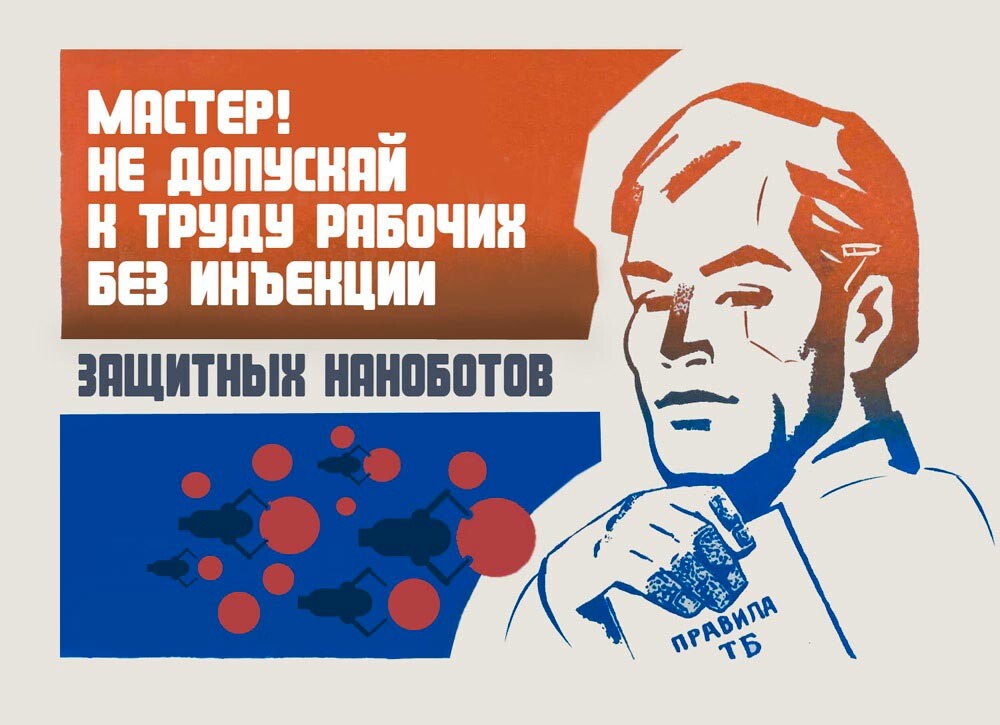 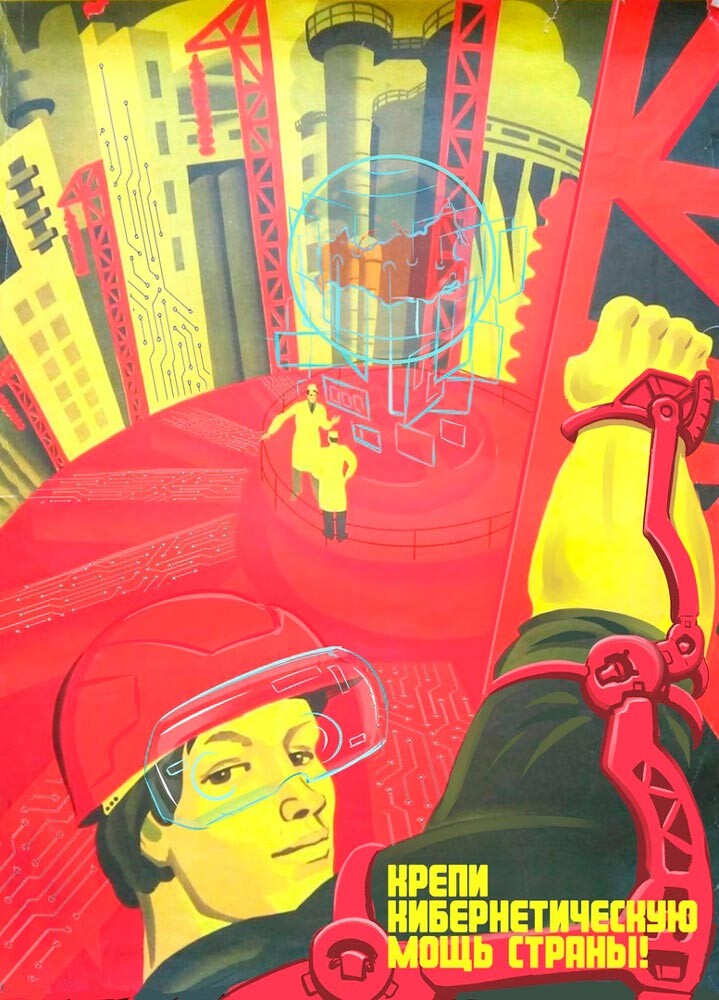 Even the Soviet gopniks get their own alternative reality, where they, too, require recharging! 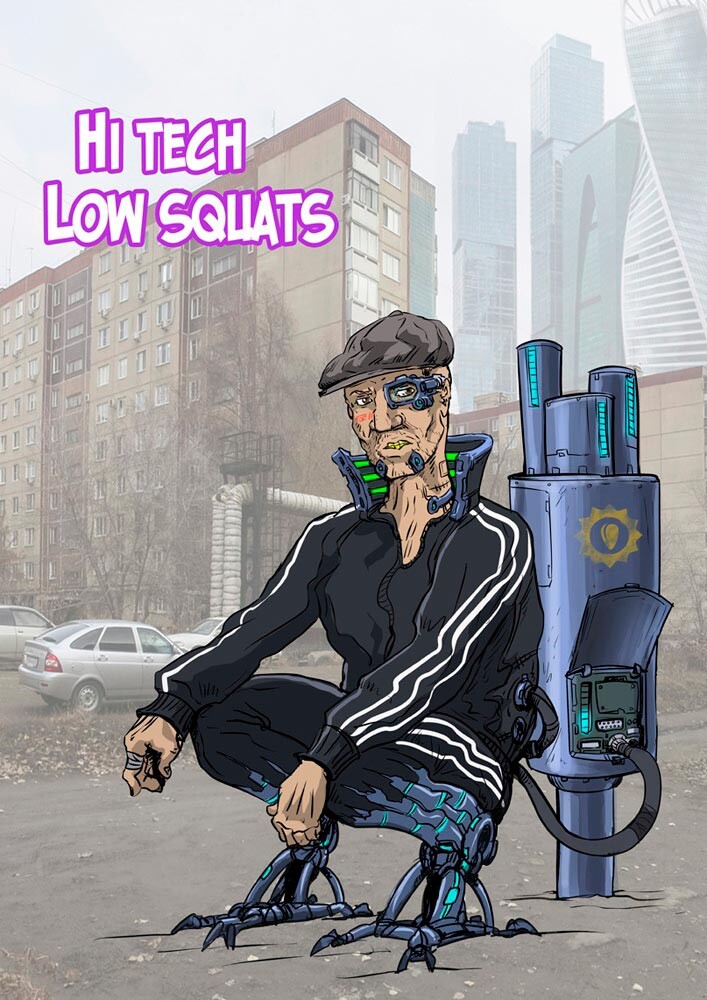