Having survived the Nazis, this woman secretly trained COMBAT DOLPHINS for the Soviets 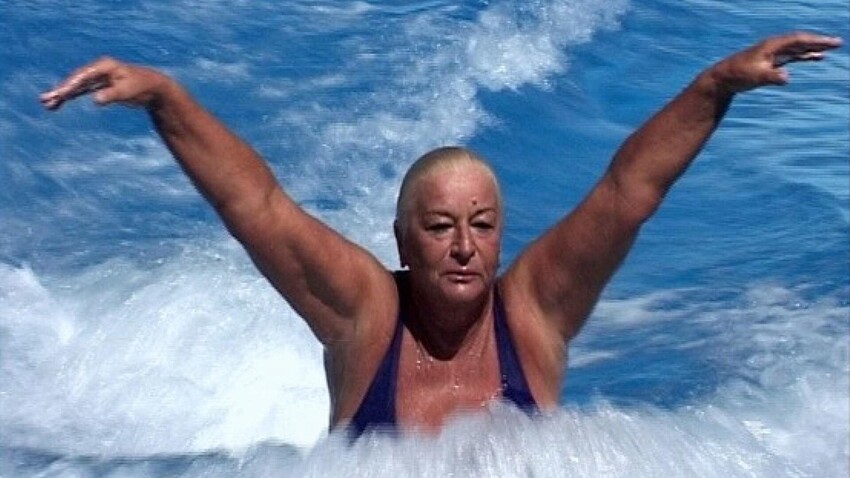 Along the shore, meshed enclosures hold bottlenose dolphins. Even confined in this way, they still can detect any underwater object within a half-kilometer radius thanks to their natural sonar. This is the reason they are here.

On detecting swimmers in the water, the dolphin presses on a special pedal and a signal flare goes up in the air. Then the dolphin rises out of the water with its nose pointing to the approximate location of the "visitor". Next, it presses on another pedal and the enclosure opens. The dolphin rushes to the target and neutralizes it. 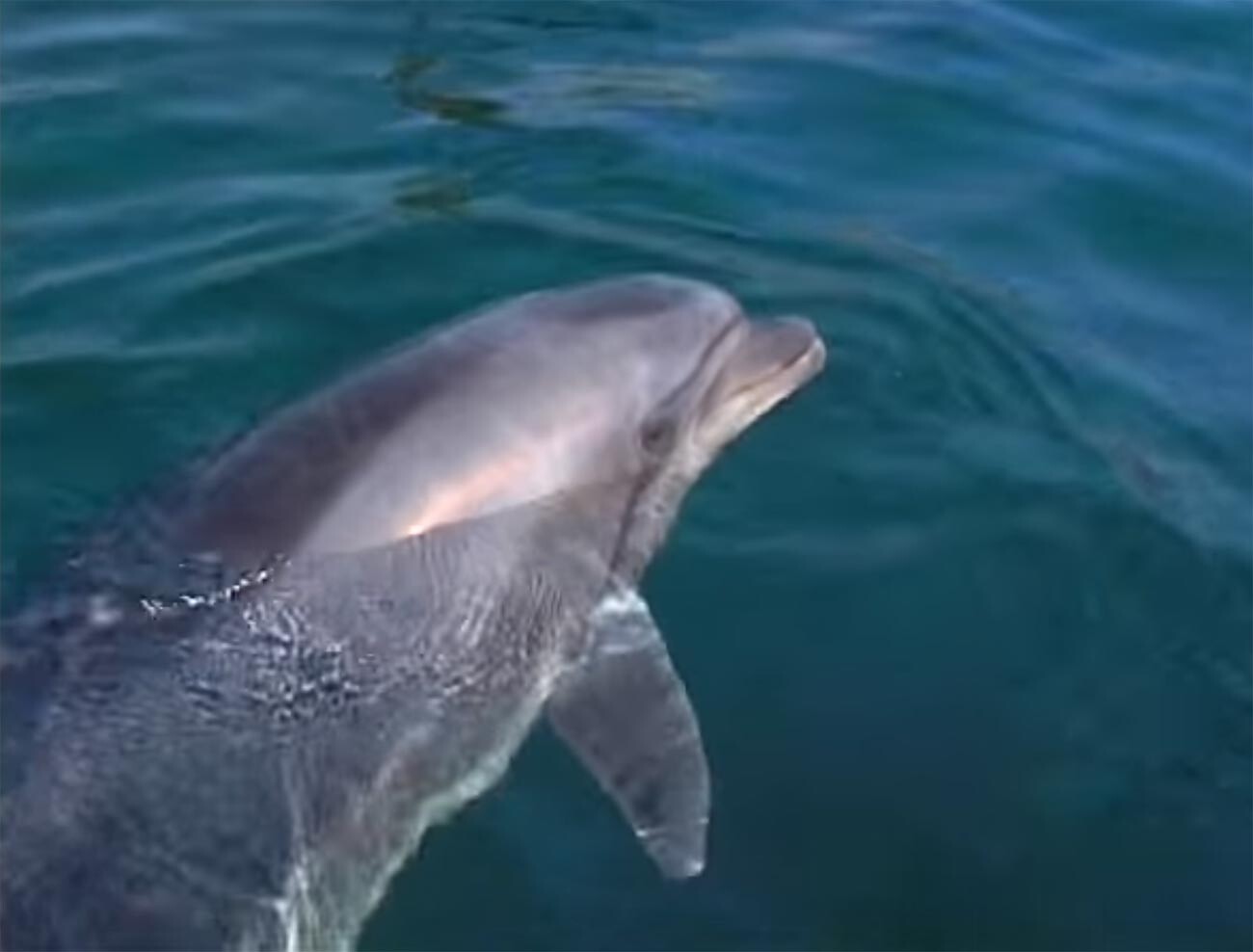 This is a typical "working" scenario for dolphins trained for military purposes. It is one of the many things they were taught by a young girl, Galina Shurepova - a former prisoner of the Nazis and a Soviet officer's daughter.

Shurepova was three years old when World War II started. "We lived on the border, in Lithuania. Half an hour after the war began, the Germans were already in our town of Vilkaviškis. Our house was hit by a bomb," she recalled.

Her father, a Soviet intelligence special department chief, sustained contusion injuries and was evacuated unconscious to the rear together with all top Communist Party officials. Galina, her eighteen-month-old sister and their mother stayed behind.

Someone denounced them, however, informing the Germans that they were the family of a Soviet officer. Their mother, Aleksandra Fyodorovna, was at once sent to a concentration camp in Germany and the girls, deemed to be suitably healthy, were selected for the ‘Pflaume’ blood donation group where their blood was used for transfusions for wounded German soldiers. 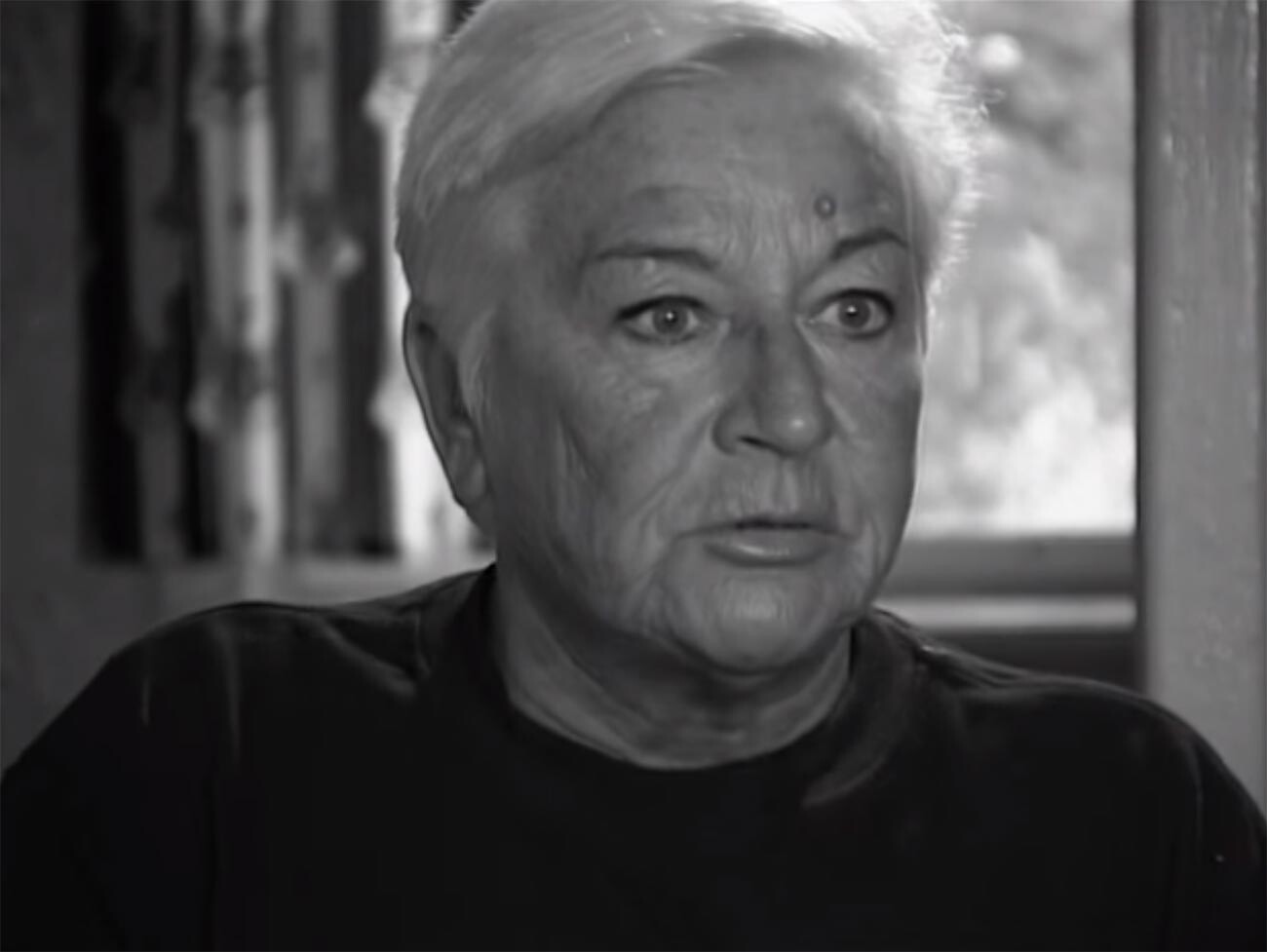 After the war they were sent to an orphanage, where the two girls were subjected to physical and psychological abuse. "Once, the German director of the orphanage beat me and broke my arm because I was licking a margarine wrapper and sharing it with the other girls," Galina reminisced.

Throughout this time their father and mother (she survived the concentration camp) never stopped looking for them, despite the fact that the reply from the GDR to their inquiries was unequivocal: The Shurepov children had ended up in the Pflaume blood donation group and were later burned in the ovens of a concentration camp. 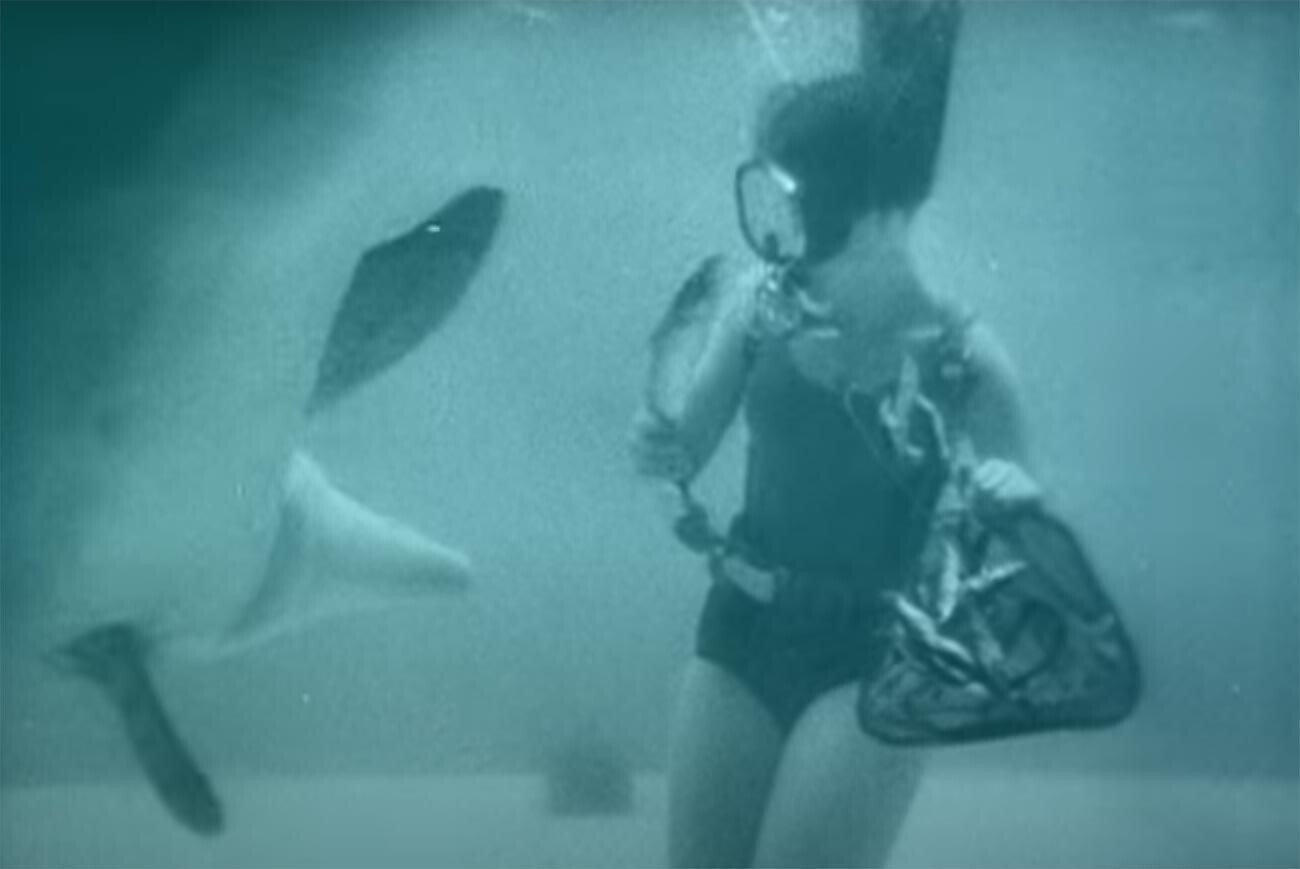 Despite this, their parents kept looking for the girls - and they eventually found them, but only eight years later. One of the lists of children brought back from Germany included the two girls, who were identified from the matching dates of birth. The girls had had their names and surnames changed and had forgotten the Russian language, but there was no doubt that they were the Shurepov sisters.

Movie debut in a blockbuster

Upon finishing school, Galina entered the Leningrad Institute of Physical Culture, where she discovered a passion for underwater sport. After a year's training, she was already the Soviet underwater diving champion.

One of the competitions was attended by a film casting director who was looking for a female athlete to be a stunt double in the movie Amphibian Man (1961) - the first Soviet blockbuster of the post-Stalin era. With her professionalism and her looks, Galina landed the role. The movie went on to become a top-grossing Soviet film. 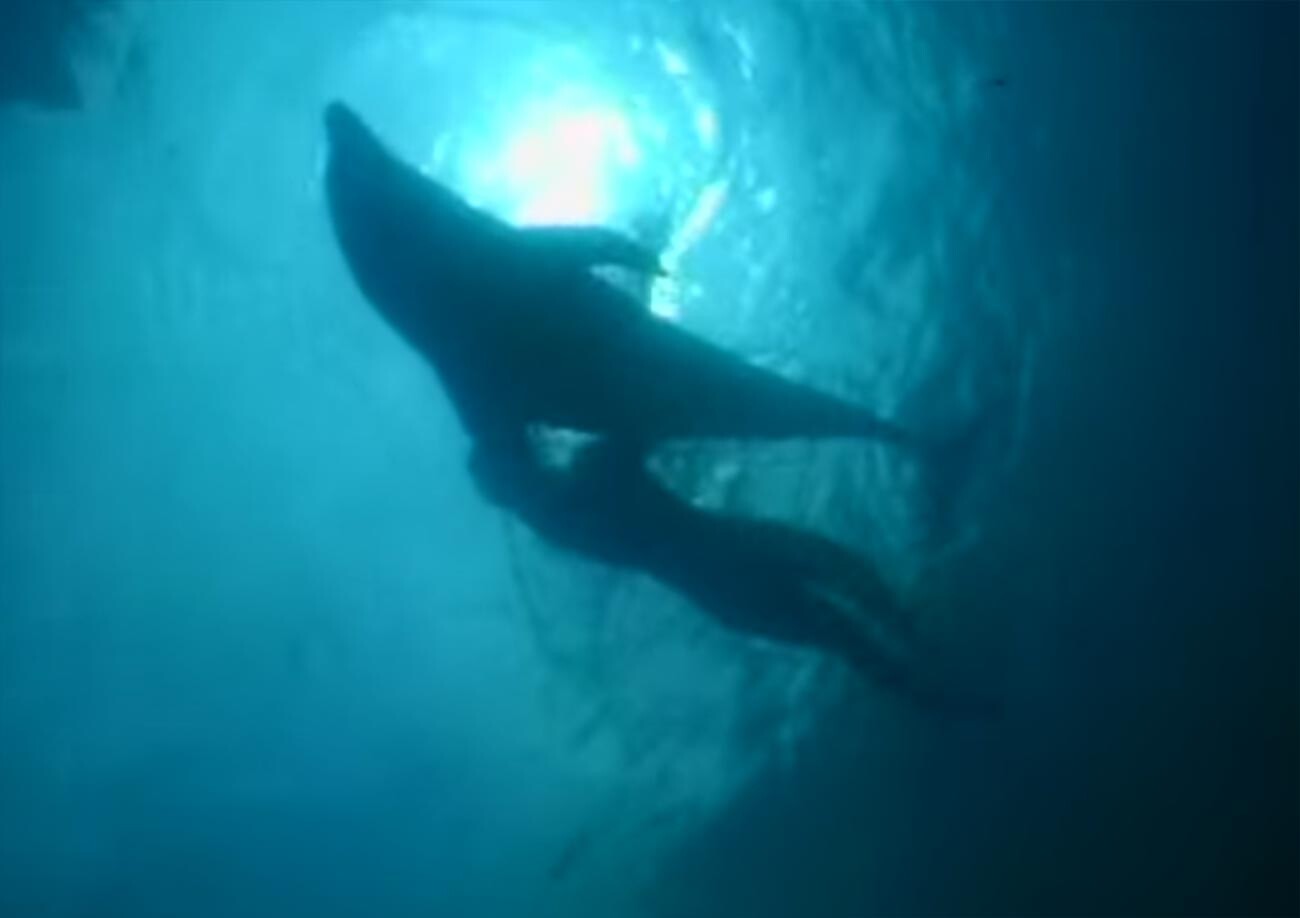 Shurepova did not embark on a film career, however. Foregoing an apartment and job in Leningrad, she traveled 6,000 kilometers to Sakhalin to be on the ocean. Here she opened the first underwater diving center and appeared in a documentary film on the dolphin hunting trade, observing with horror the way dolphins were brutally slaughtered by Soviets and processed into fishmeal, a product used for cattle feed. 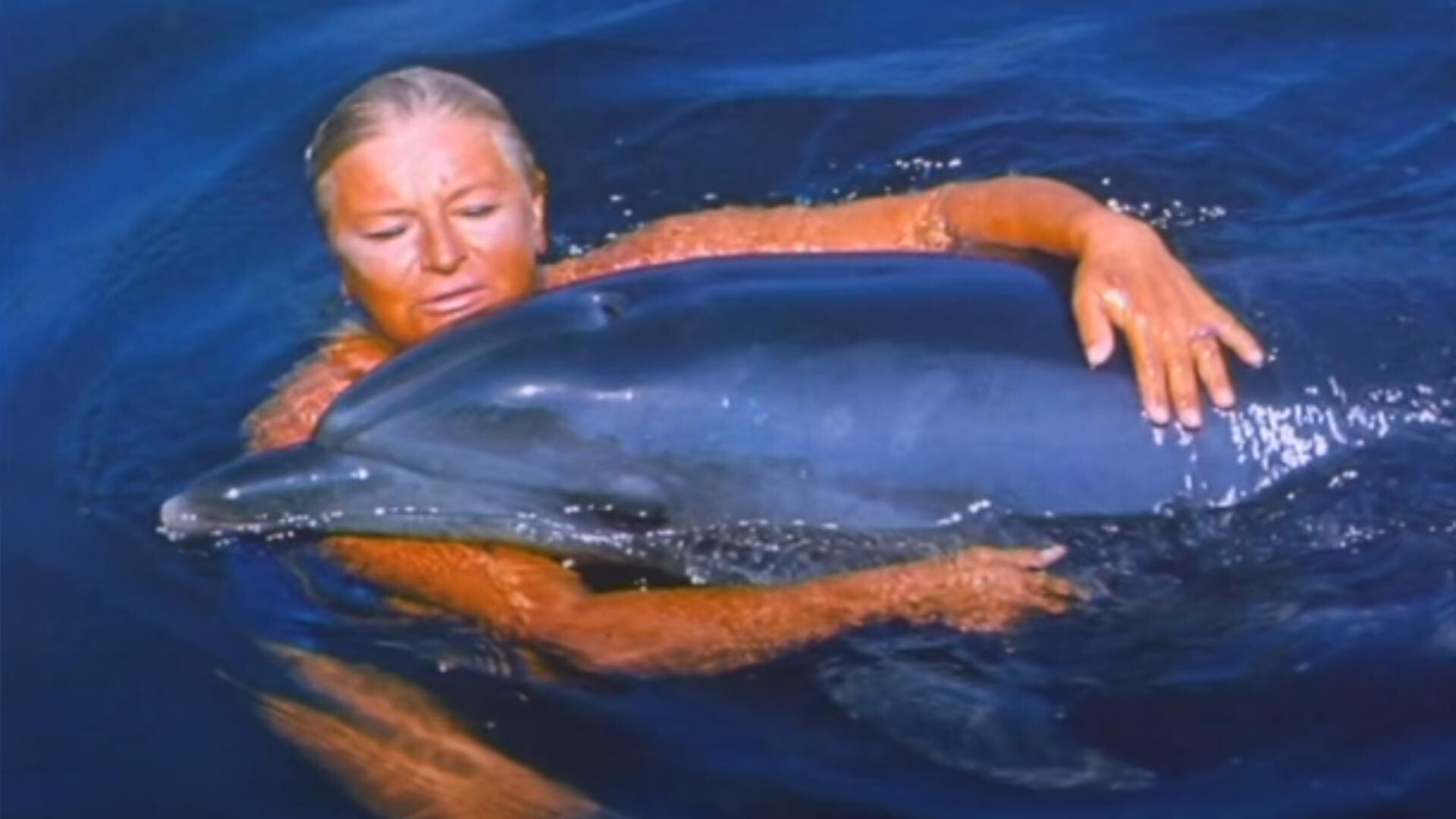 With that, her connection with dolphins ceased until 1967, when the doorbell rang: "I opened the door and there was a two-meter-tall sailor standing there. ‘You have been invited to work at the Navy's dolphin research center in Sevastopol. I'll come for you tomorrow,’" she recalled.

Shurepova took her young son, a tricycle and a small suitcase and went with the military to Kazachya Bay.

The military were looking for someone who knew something about marine animals, could work underwater and was capable of physical endurance. By the late 1960s, the Americans had already spent a long time studying the abilities of marine animals to carry out military missions, whereas in the Soviet Union progress in this field had been slow.  No-one knew how it should be done and there was no scientific research to fall back on. As it turned out, Shurepova did not initially know how to go about it either. 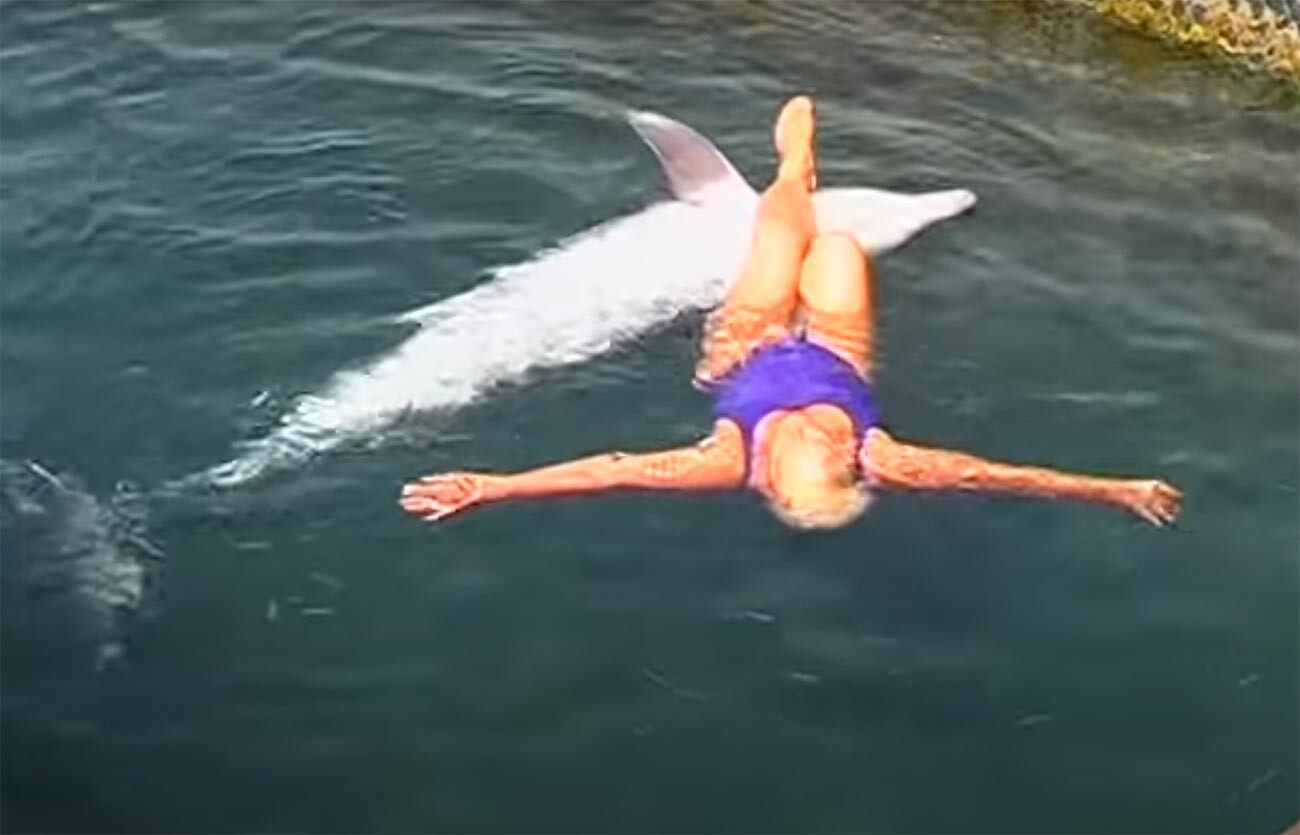 She spent days in the water without knowing how to begin. "I observed them and they observed me," she said. "My weight went down to 45 kg… Then one day I happened to push aside some seaweed that was in the way. A dolphin observed what I was doing. I pushed it aside again. He observed me once again. I tossed him a fish to reinforce his reaction. When he pushed some seaweed towards me, I fed him again. That is how I reinforced the reflex." 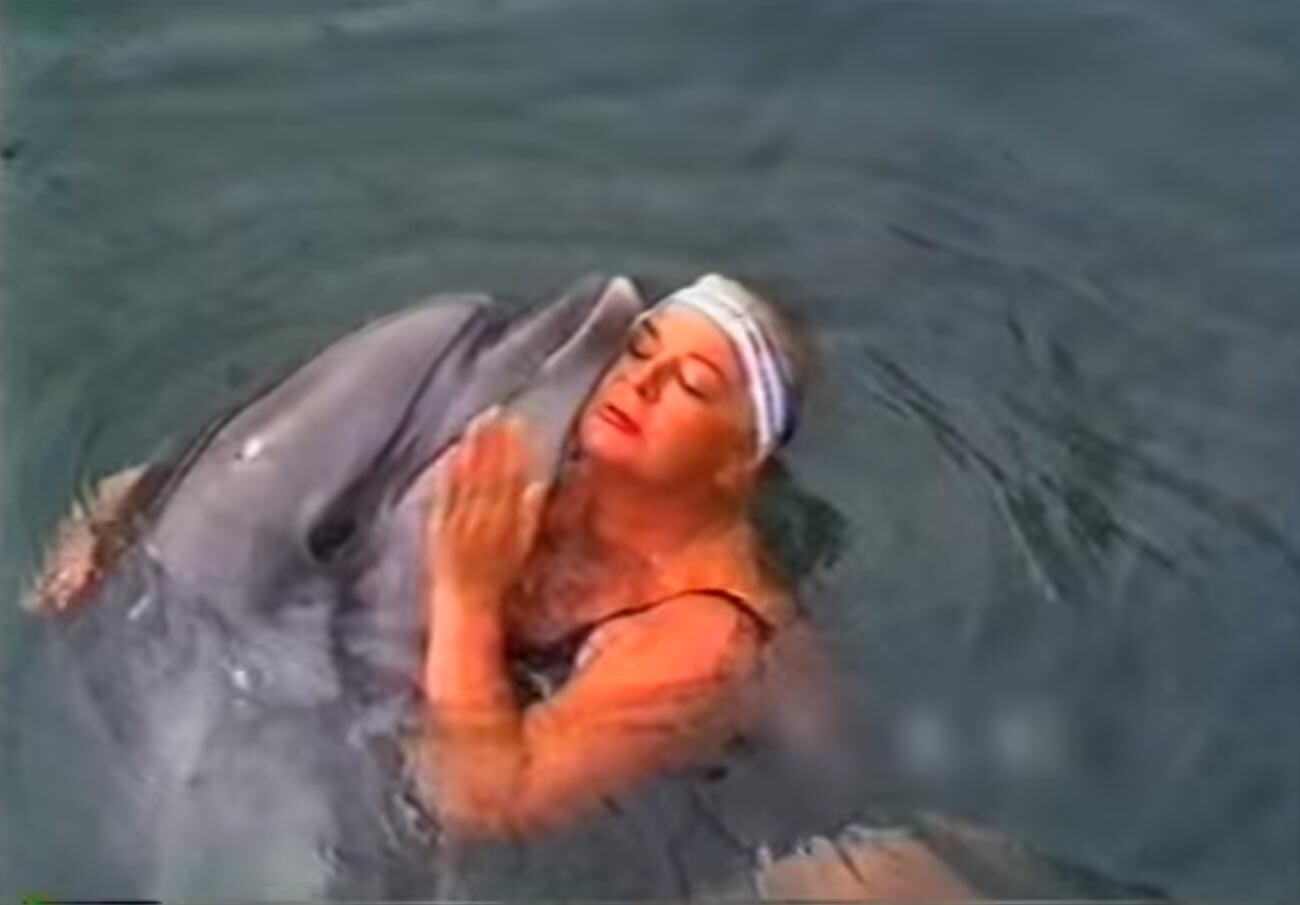 Then other objects came into play - handkerchiefs and balls. The dolphins learned to "fetch" like dogs, learnt several gestures and reacted to human speech.

Galina and her son lived for two years in a tent for two on the shores of the bay under a tough army training regime. "It involved round-the-clock observation and being by a dolphin in the sea pen. Whenever I had a free moment I’d lay still and start watching. Sometimes he saw me observing him and did things to make me interested so that I’d give him a fish," she said. 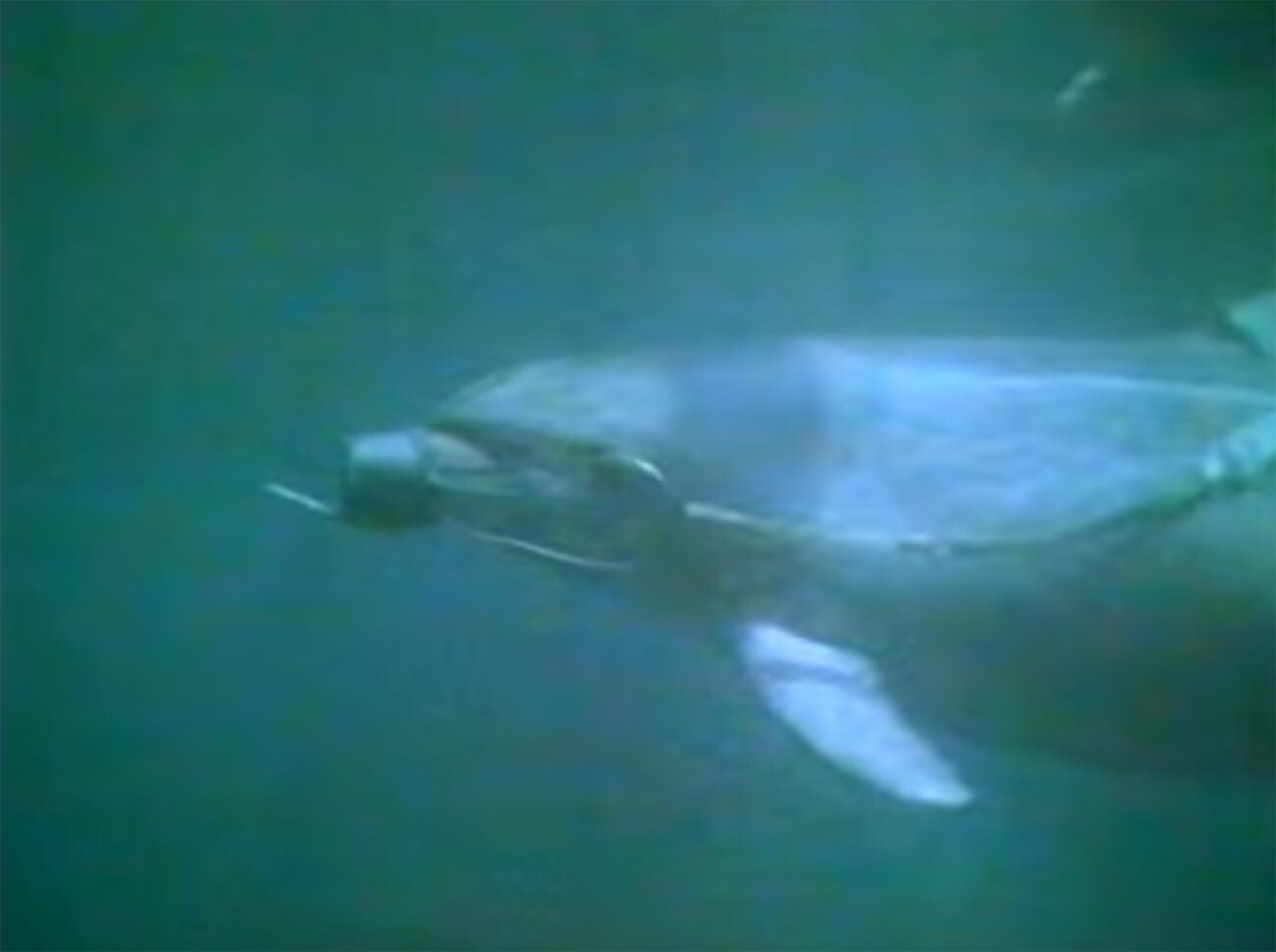 Galina Shurepova was recruited into the Soviet Navy as its first female diver, and her work was classified as top secret. In 1967, the first Soviet military oceanarium was opened in Kazachya Bay, and 50 bottlenose dolphins were brought here. Several dozen scientific institutions joined the project in the 1970s.

"Dolphins and seals were trained for a number of tasks: guarding and patrolling sites, eliminating enemy intruders and detecting specific underwater objects," according to the chief military trainer at the Sevastopol oceanarium, Vladimir Petrushin. 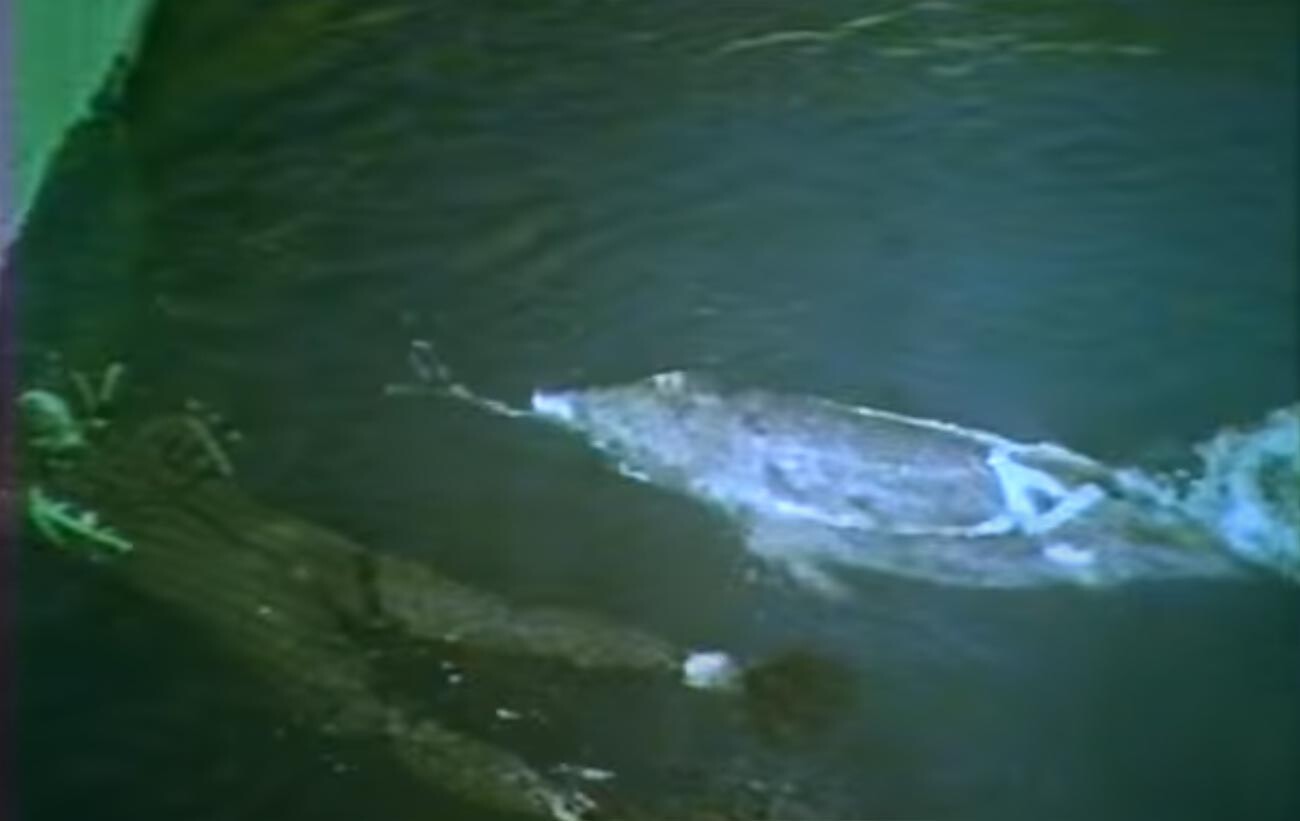 "Elimination" of enemy intruders meant that dolphins were trained to tear a diver's scuba mask off and drag them to the surface. Scientists spent a long time trying to make killers out of the dolphins, but the highly-developed animals reacted to this kind of stress emotionally and sabotaged further operations after an attack with a knife or paralyzing needle.

"Dolphins are able to think and speak and experience love and suffering. They can live to the age of 40, and they die of pulmonary infection or a heart attack," Shurepova said. 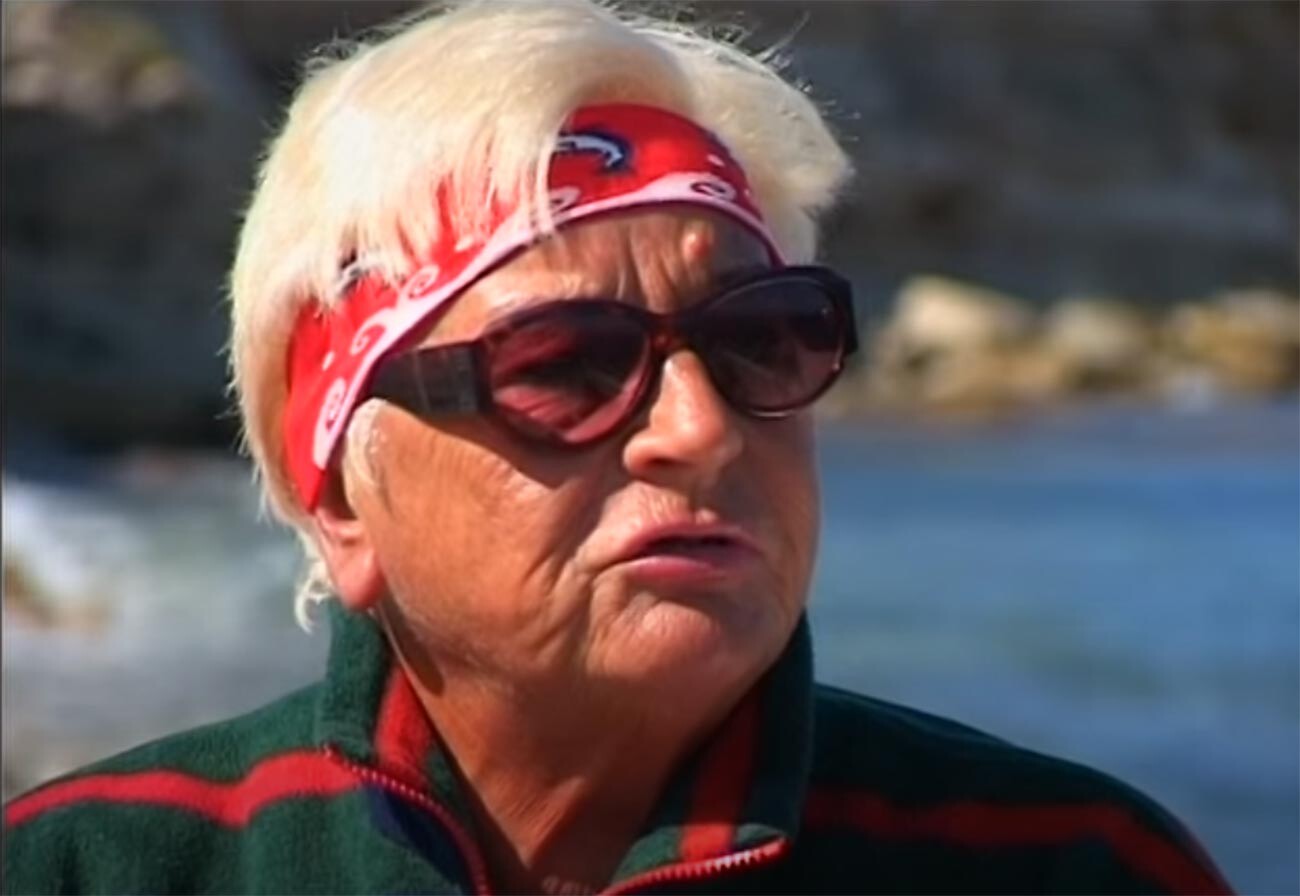 She achieved excellent results, and some of her training techniques are used in dolphinariums to this day. Shurepova spent 40 years working at the military oceanarium. Performing artists, actors, cosmonauts and top officials came to see the display program put on by her. But her work took a toll on her health. On retiring, she had replacement joints fitted in her legs and she had to walk with the aid of crutches. She died in 2017, aged 78.