Who lives in the Moscow Kremlin NOWADAYS? 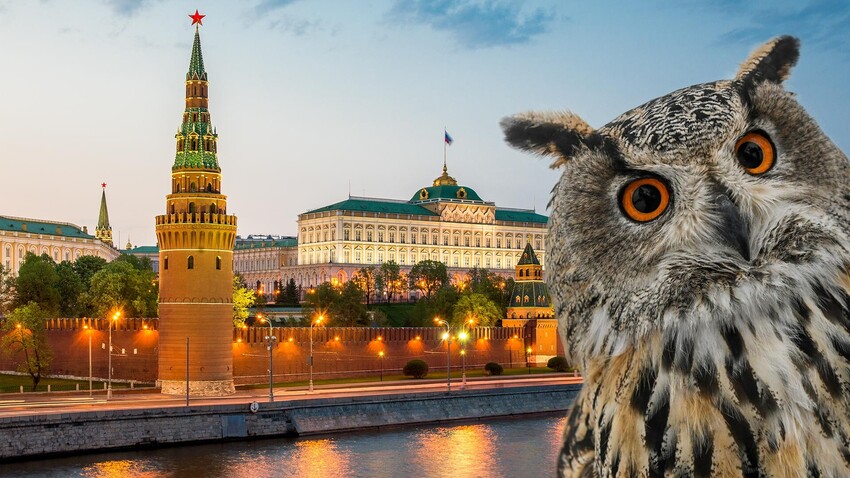 Getty Images; Ilya Pitalev/Sputnik
In the days of the Russian tsars, and even during the Bolshevik era, the territory inside the Kremlin walls was a residential microdistrict with actual apartments. What became of all that?

Up until the mid-20th century, the ancient Moscow fortress, which once acted as residence for Russian tsars, contained more than just government buildings, cathedrals and museums. The Royal court, believe it or not, did not have much space allotted to it: the majority of the Kremlin beyond the walls was taken up by lively streets with private estates belonging to prominent boyars, as well as craftsmen and their yards and workshops, religious leaders and others and quite an ordinary urban landscape.

When the Bolsheviks came to power, this did not change until the 1960s: the Kremlin still had mere mortals living within its walls. One of the first to move in after the 1917 Revolution was Vladimir Lenin. The Kremlin apartments then saw numerous state officials move in with their families. Anyone that had lived there previously, who did not have any relationship to the Soviet power echelons, was evicted and replaced with “one of ours”. As the great revolutionary Leon Trotsky wrote: “As in Moscow as a whole, there was a relentless battle for apartments in the Kremlin. As a result, more than 2,000 people relocated within its walls!”

The practice came to an end when Nikita Khruschev outlawed it in 1955. The last of the residents really dragged the deregistration process until 1961 and that was the last time anyone had ever lived within those walls. But does that mean no one is living there now?

The historical building of the Kremlin Arsenal houses a military barracks of the Presidential Regiment - a unique military unit, tasked with protecting the highest members of government and ensuring the safety of the Kremlin’s treasures. These soldiers are the guard of honor at the Grave of the Unknown Soldier and the Lenin Mausoleum and take part in all official ceremonies. They are the cream of the crop - the Kremlin’s calling card, so their appearance and conduct must be impeccable (the footwear alone passes seven rounds of inspection, lasting almost a full day!). 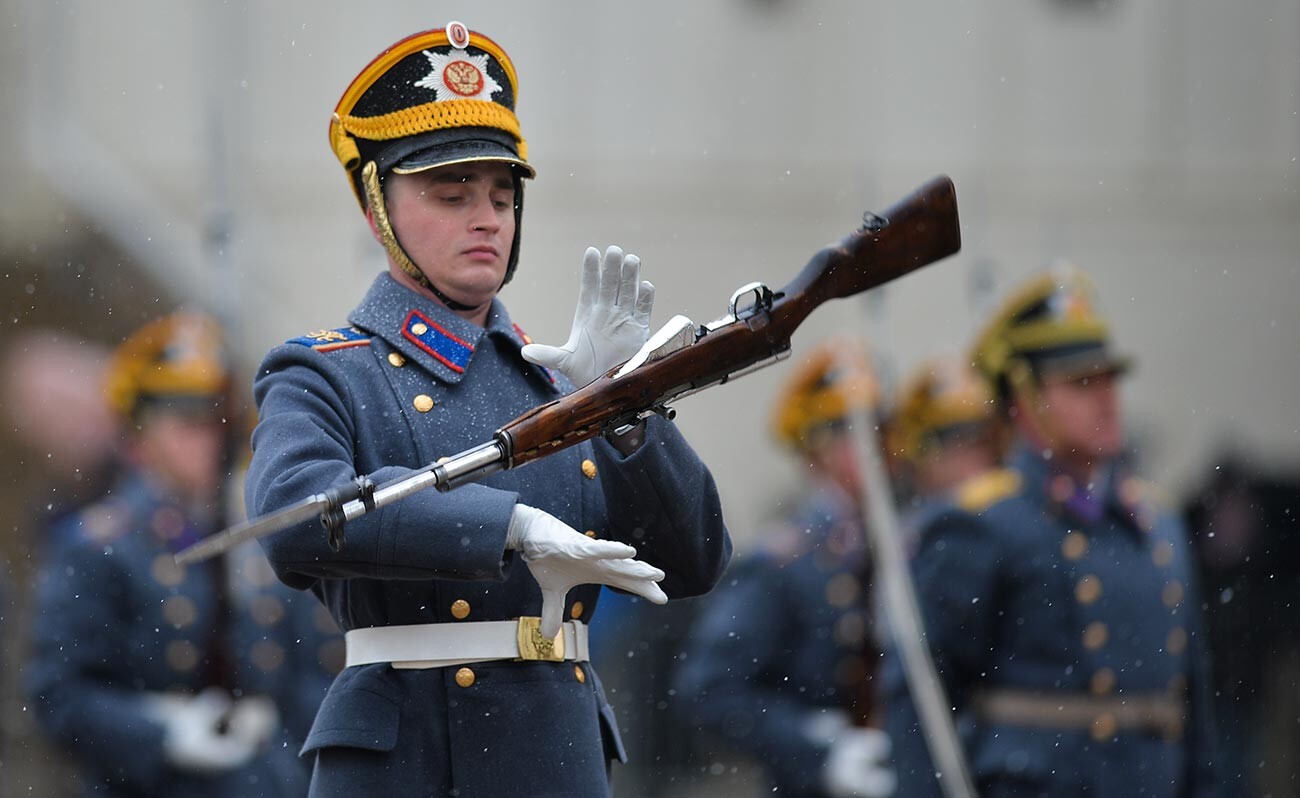 The regiment lives and trains within the Kremlin walls. Rising time is 6 am, followed by formation and a morning workout. “We exercise, then do a two-kilometer run. Training is done within the Kremlin territory, there’s a special place there for it,” private Nikolay Tarov says. The workout is followed by studies and marching drills. After 6 pm, the regiment is free to go about their day. In the evening, there’s often a relaxed walk around the premises - but even that part is performed as a unit. Lights are out at 10 pm. 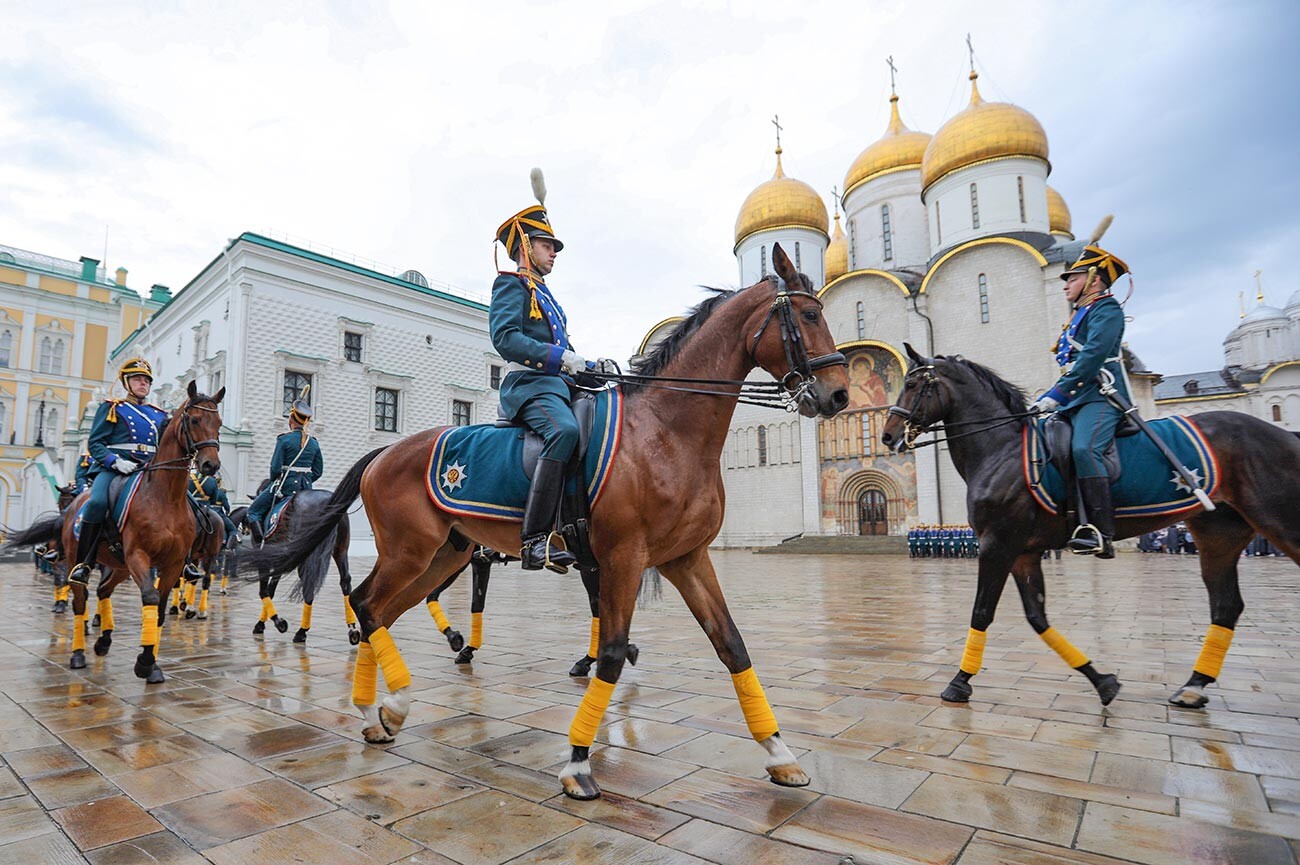 The soldier cannot leave Kremlin premises for any outside business until their four months of service have elapsed and that’s provided that they pass their exams. Cell phones are allowed, but without internet access or ability to take photos. Smoking is also allowed in designated areas, but alcohol is strictly prohibited.

The number of people serving in the regiment is a strict secret. The President’s Regiment was traditionally treated as a reserve corps of all branches of the Federal Security Service (FSO) - they guard, among other things, the president and the highest ranking members of government.

‘Phil’ and a dozen hawks

The men serving in the regiment aren’t the only Kremlin guards, however. There is also an owl called ‘Phil’ and about ten hawks. These specially trained predators are just as much a part of the guard as the humans, with one difference: they guard the Kremlin’s treasures not from humans, but a different menace - the crows that have inhabited the Borovitsky Hill since time immemorial. 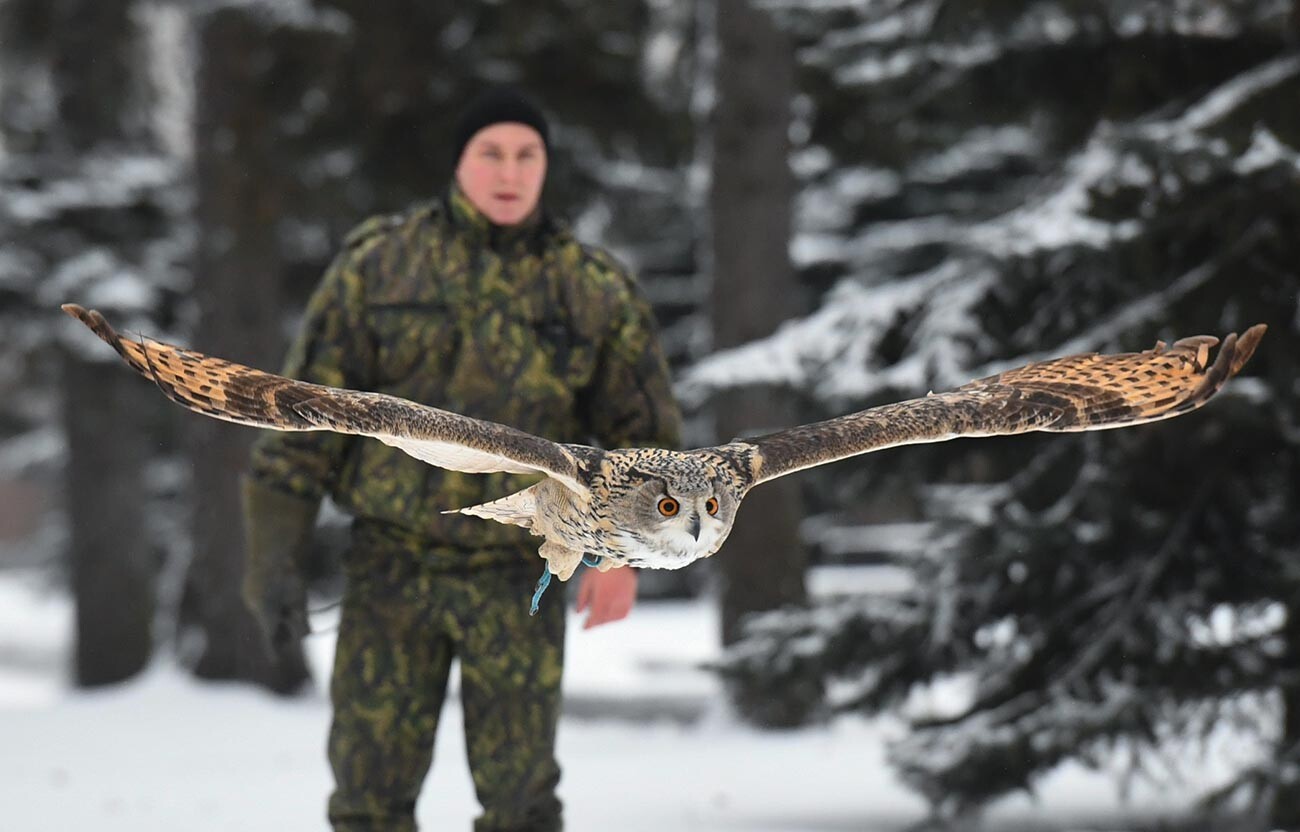 The Kremlin has been fighting these crows for centuries. Back in the day, people didn’t love them, because they were considered a bad omen: “If you see blackness circling above the Kremlin - await war and famine.” Later, the fight took on a more practical meaning: crows are drawn to the gold-dusted domes of the Kremlin’s cathedrals and end up ruining them. 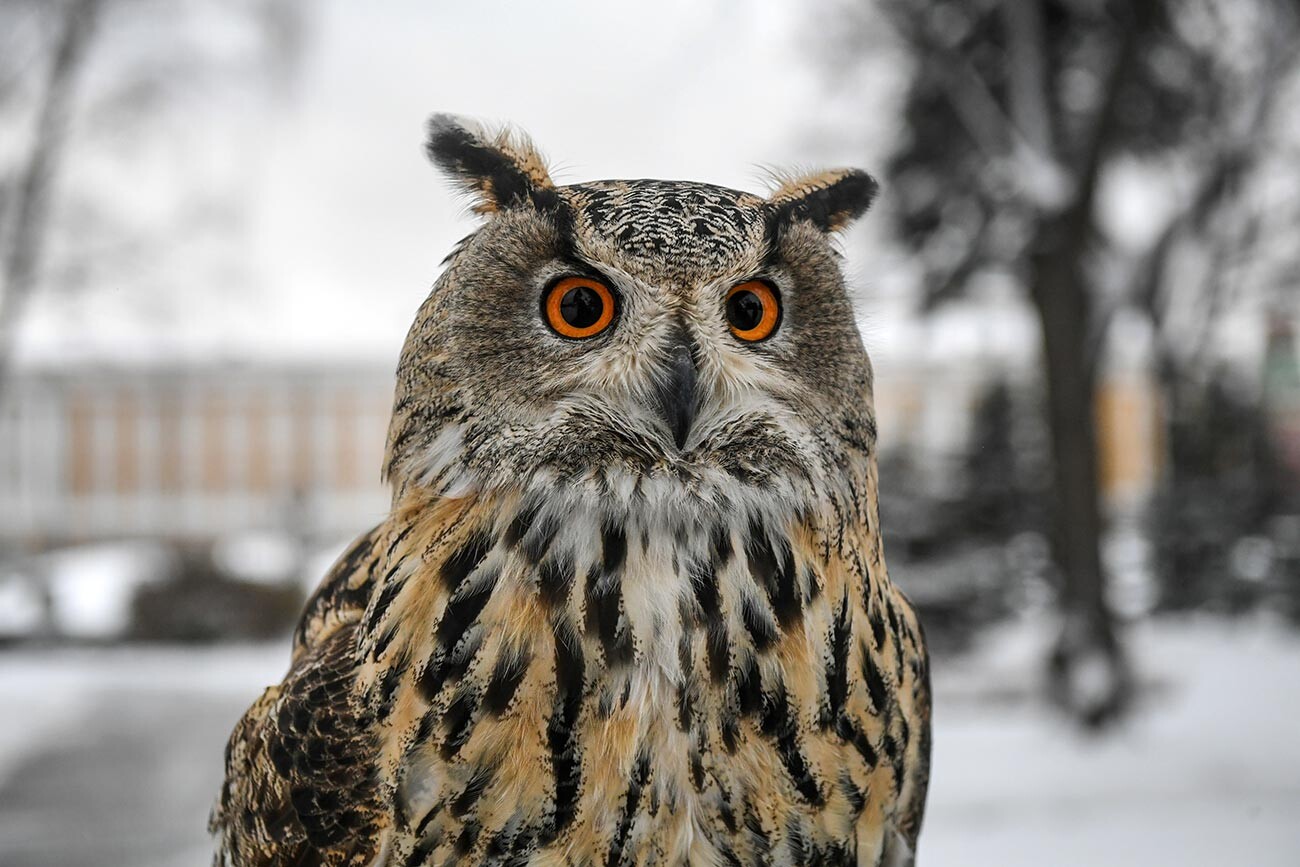 A dozen different methods were tested. In Lenin’s time, they used to shoot them out of the sky, but this constantly distracted the Father of the Revolution from his work. Then came a particularly bloody method: sonic torture with aggressive notes. That didn’t work either. Then, in 1973, a special ornithological department was started, and falcons became the Kremlin’s police in the sky. They didn’t turn out to be the best choice, so hawks (and later - Phil, the owl) took their place. “Owls are the crows’ natural enemies. The owl is an all-weather, diurnal bird, which flies slowly over the murder of crows, taking whatever it can reach,” the FSO says. 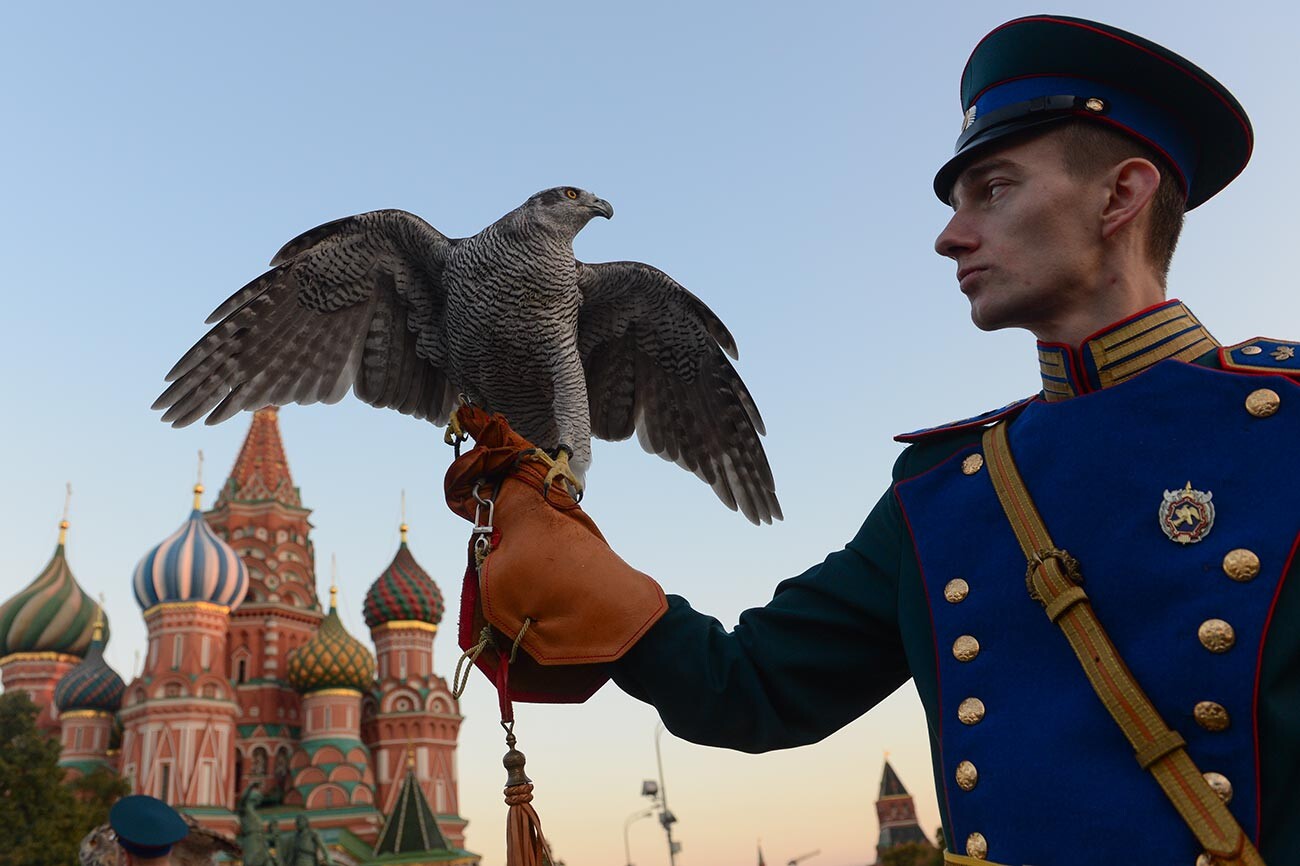 The Kremlin’s birds have their quarters at the Taynitsky Garden. Their main objective is not to destroy crows, but to scare them off. And so far it’s worked. According to Kremlin authorities, the crows now opt to fly around the complex, rather than over it. 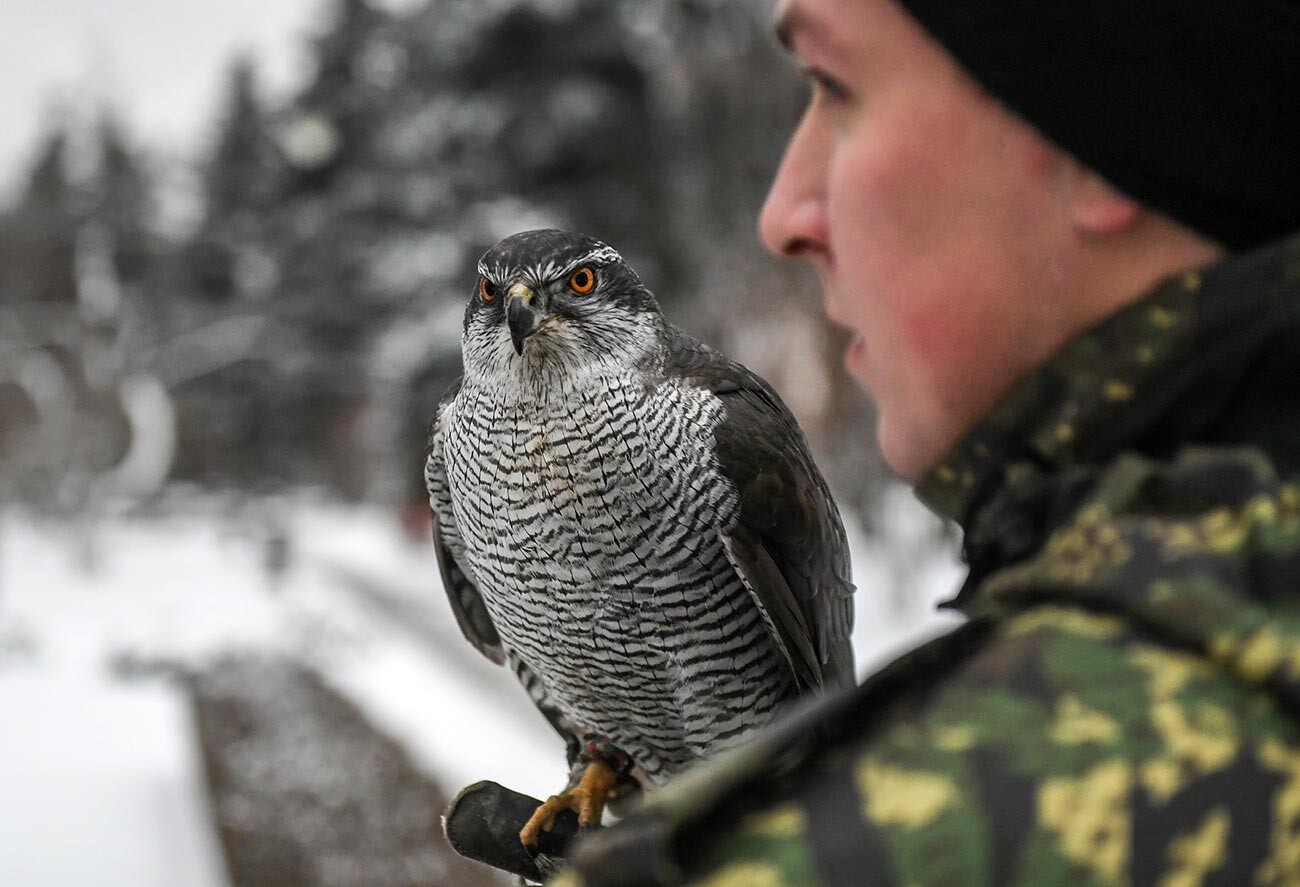 P.S.: No, the President does not live there

Although everyone knows that the Kremlin is the Russian President’s official residence, Vladimir Putin does not live there. Instead, these Houses of the Moscow Departments of the Senate, built by Catherine the Great, serve as the Russian leader’s official place of work. 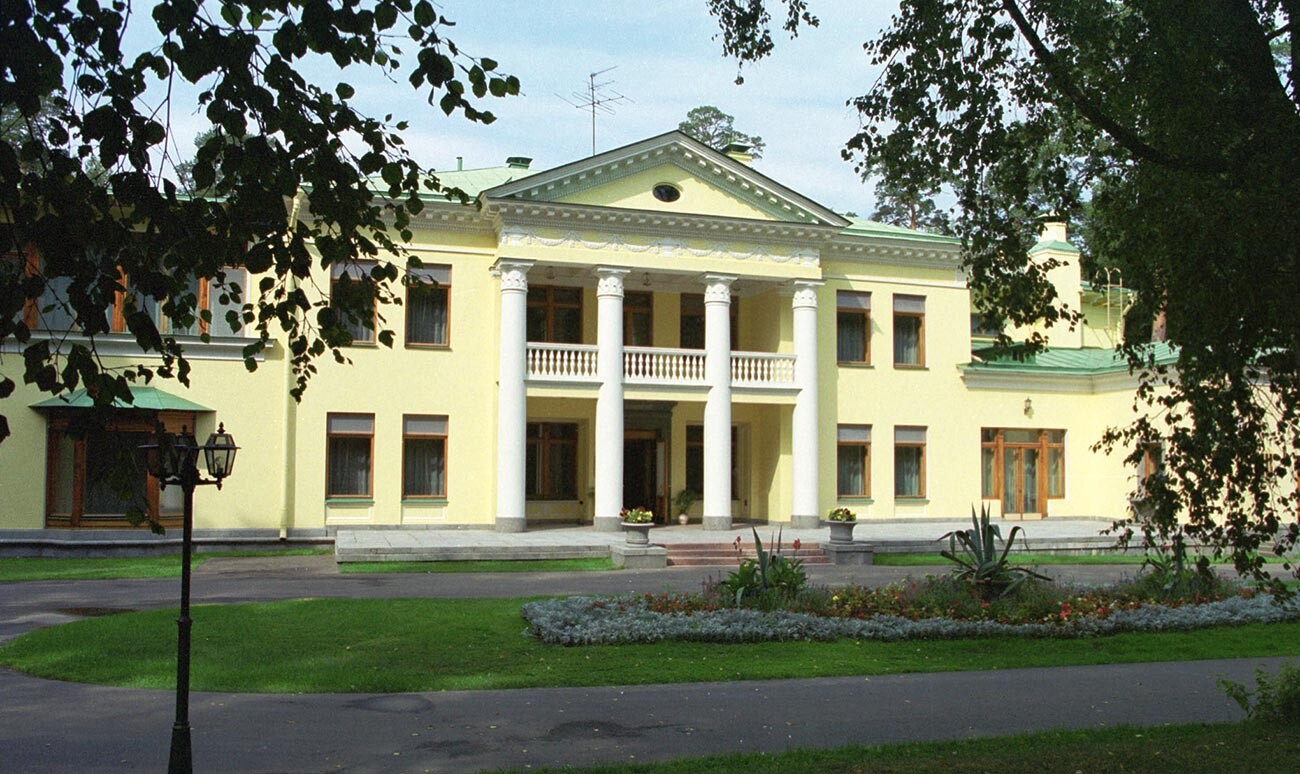 Residence of the President of the Russian Federation in Novo-Ogaryovo.

Putin himself lives in Novo-Ogaryovo, a 19th century Moscow Region estate, which he also frequently uses as his office. If you’d like to find out more about what other places the president has at his disposal, follow this link.