How can you reach the Kremlin by phone? 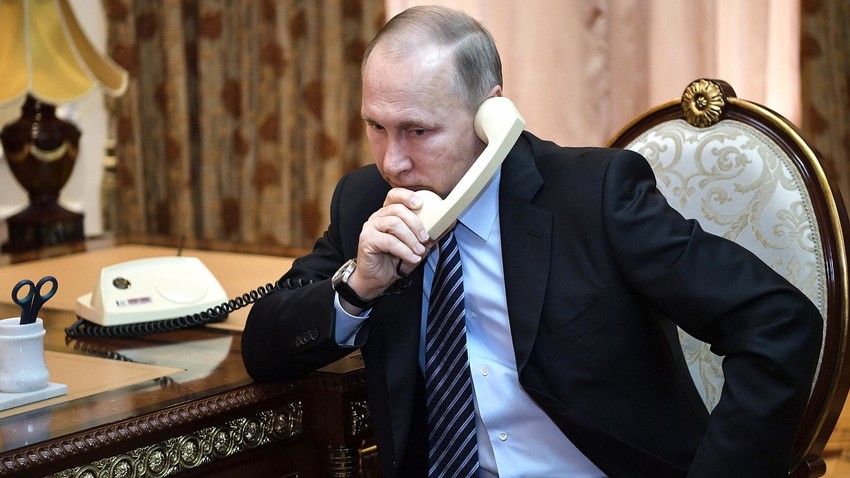 Alexey Nikolsky/Sputnik
Reaching Vladimir Putin by phone, or getting a missed call from him are both extremely unlikely to happen.

“Are you kidding me? Vladimir Putin tried to call me and you didn’t put him through? What the hell were you thinking?” U.S. President Donald Trump scolded his then-National Security Advisor, Michal Flynn. All of this took place during a meeting with the British Prime Minister - Trump’s first official meeting with a foreign leader, according to journalist Peter Bergen, the author of ‘Trump and His General: The Cost of Chaos’.

“Well, sir, you know, you have a lot of calls coming in and we’re trying to manage who you talk to,” Flynn tried to protest. “What kind of bullsh*t is this? How is it possible that Putin calls me and you don’t put the call through?” Trump shot back. 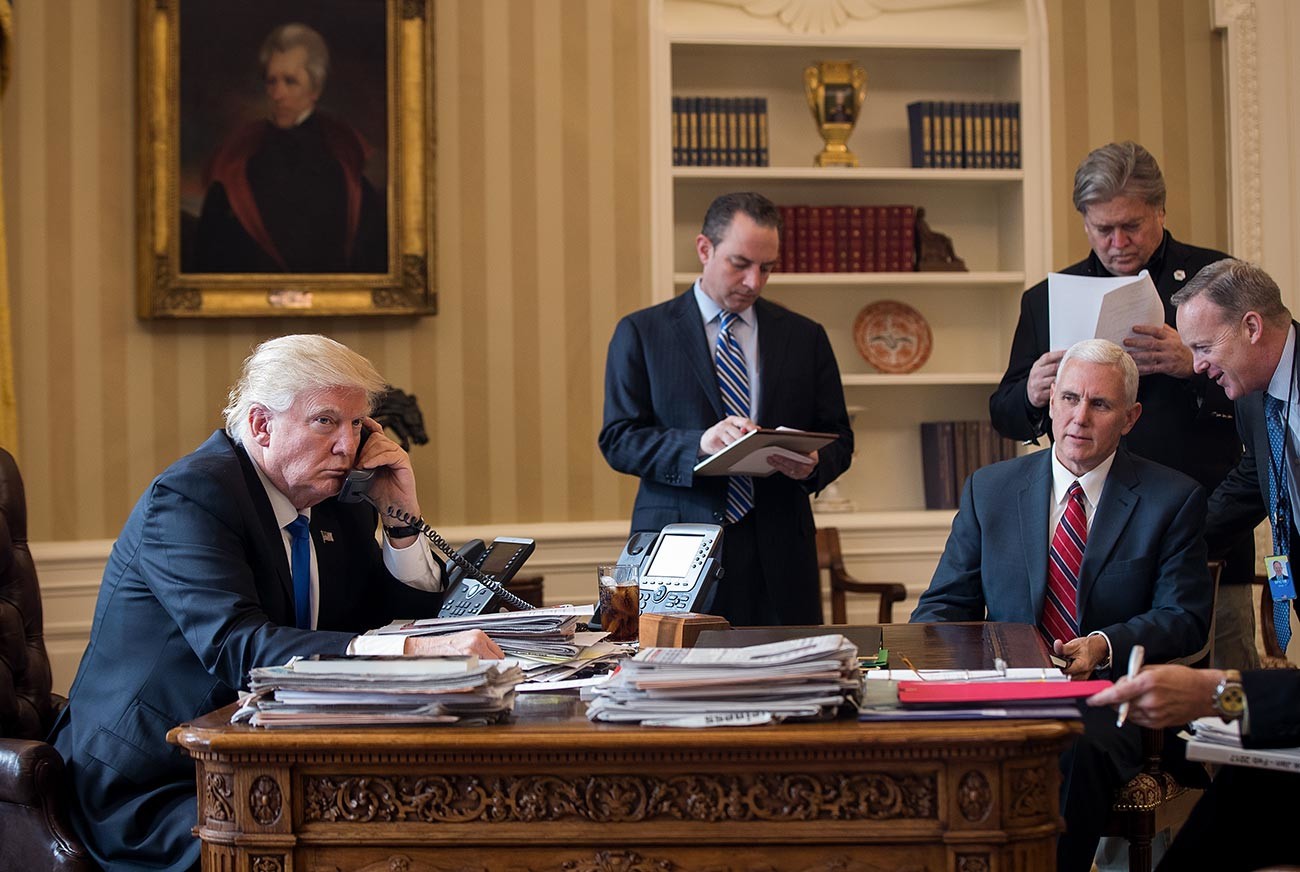 There’s no such thing as a sudden call

The incident with Trump and Flynn doesn’t seem very believable, if we’re to consider how exactly these state-level phone calls are organized. One cannot simply dial the Russian President’s office number and hope for a chat, even if you’re on great terms with him. It’s just as unlikely that a foreign leader would pick up their phone and hear Putin’s voice on the other end. 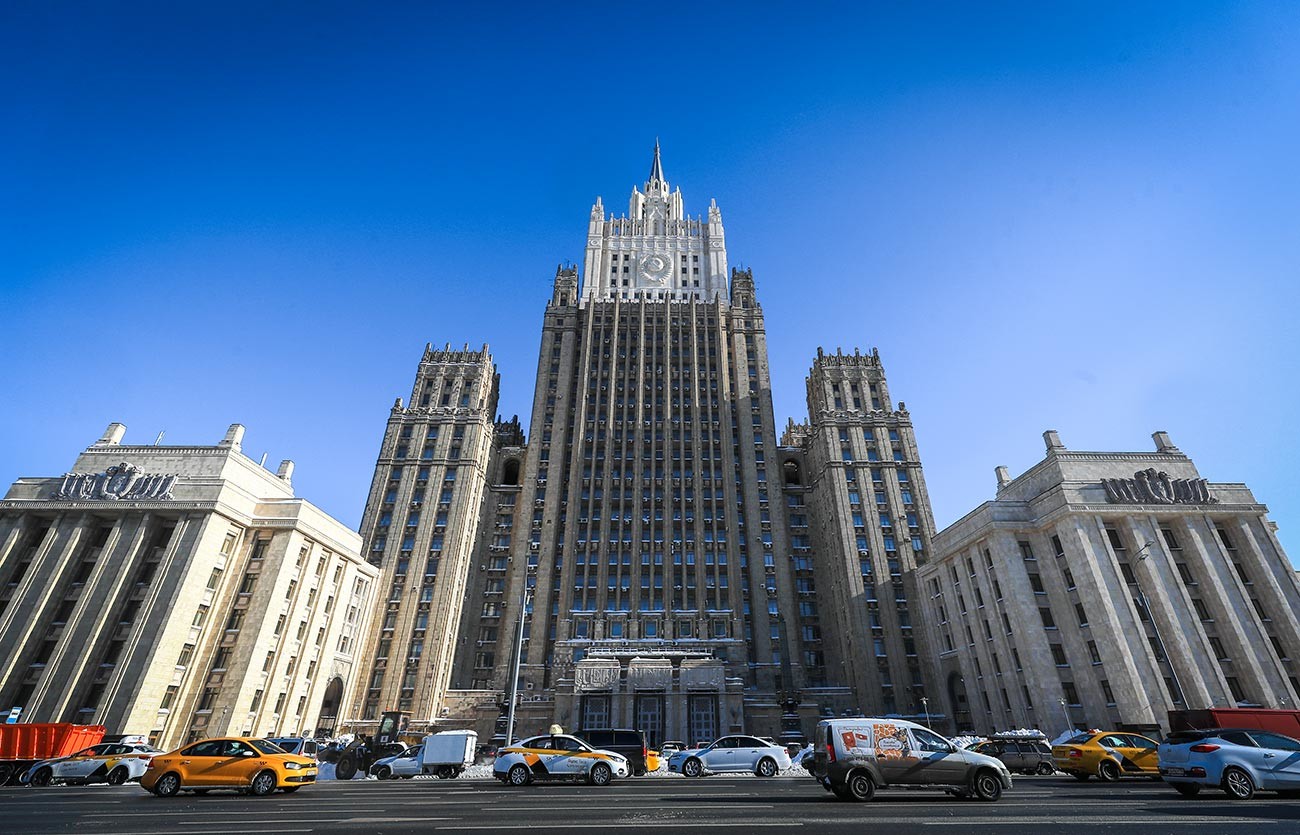 “Usually, a proposal to ‘hold a phone call’ is transferred along diplomatic channels - through the Ministry of Foreign Affairs or its foreign representative - the [Russian] Embassy,” explains Vladimir Shevchenko, who headed the Kremlin’s protocol department for 10 years. Working out a call could take several hours, if not weeks - it all depends on the given situation.

A direct and unscheduled call is a privilege enjoyed by people you could count on one hand (such as the Minister of Defense), who are in possession of an old-school rotary phone for special communications, like the one the Russian president has in his office. 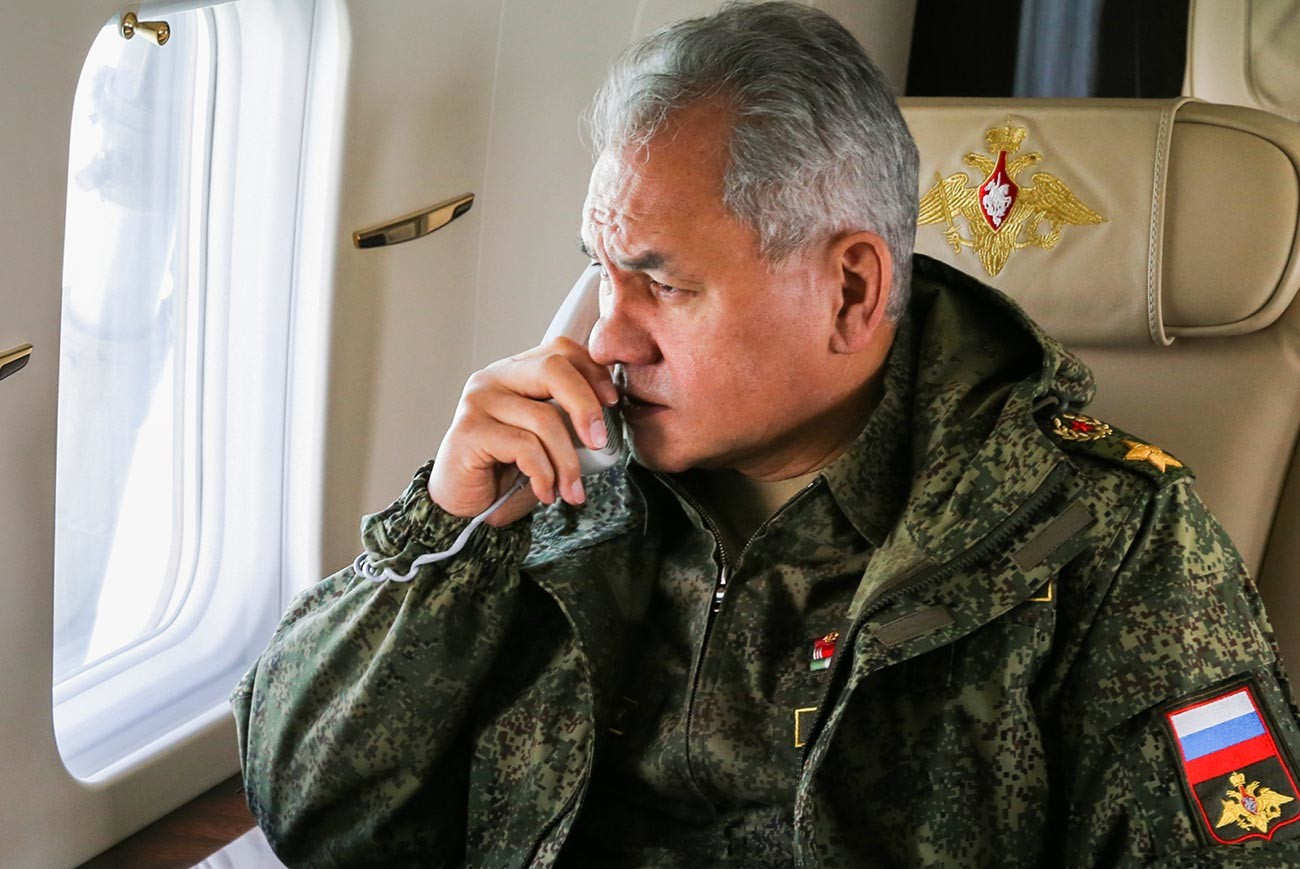 And that’s only the tip of the iceberg of telephone diplomacy.

When proposing a phone call, the teams on both sides decide the time of call and, most importantly, the subject. This usually involves a rough list of issues and questions. Then a trial run of how the discussion would go is carried out by the foreign ministry and other branches. There will often be several versions of how a particular response might go, depending on the evolving character of the conversation.

The call itself is never a private one. Protocol demands the presence of translators, without whom nothing would be possible, even if both interlocutors are fluent in each other’s languages (with the exception, perhaps, being CES countries, where Russian is usually used).

“Today, nearly everyone has some languages under their belt: Angela Merkel speaks and understands Russian, while Vladimir Putin is fluent in German and has an adequate understanding of English. However, having a face-to-face in the park is one thing - it’s something else when you’re having a serious conversation over the phone. A lot depends on precision: a badly chosen expression and the resulting ambiguity could have very dire consequences,” Shevchenko says. 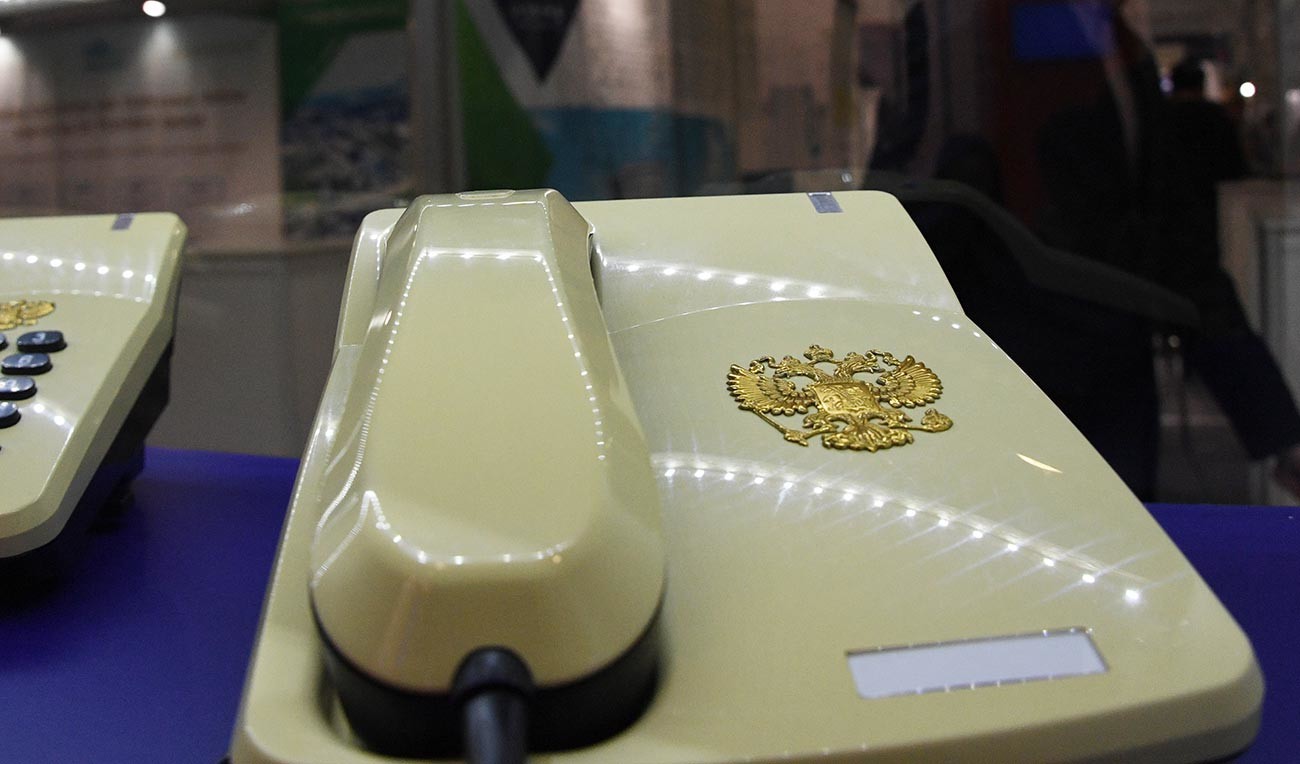 In the meantime, the interpreter isn’t at the Kremlin. “They’re listening in through headphones and translating successively, sentence by sentence - not synchronous. There’s less chance of making a mistake or ignoring a nuance and unintentionally skewing the meaning this way,” another source at the president’s administration says.

Is it possible to not reach the Kremlin?

There was a situation in 2018, when former Ukrainian President Petro Poroshenko attempted to call the Kremlin after the incident in the Kerch Strait. He wasn’t successful: “I called [Putin] to ask what’s going on and he didn’t respond,” the former Ukrainian leader complained.

Of course, it wasn’t that Poroshenko was trying to dial the Kremlin and no one was picking up at the other end, or simply ignoring him. “To not have success reaching”, in the diplomatic sense, means to receive a polite refusal for a request at a conversation. The reasons are many, ranging from a busy schedule to an inability to reach a leader at their current location. Sometimes, a reason isn’t given at all and “the call cannot take place, regrettably”. Oftentimes, the reason is political - the “unavailable” side simply does not see a possibility for a fruitful discussion at this time. 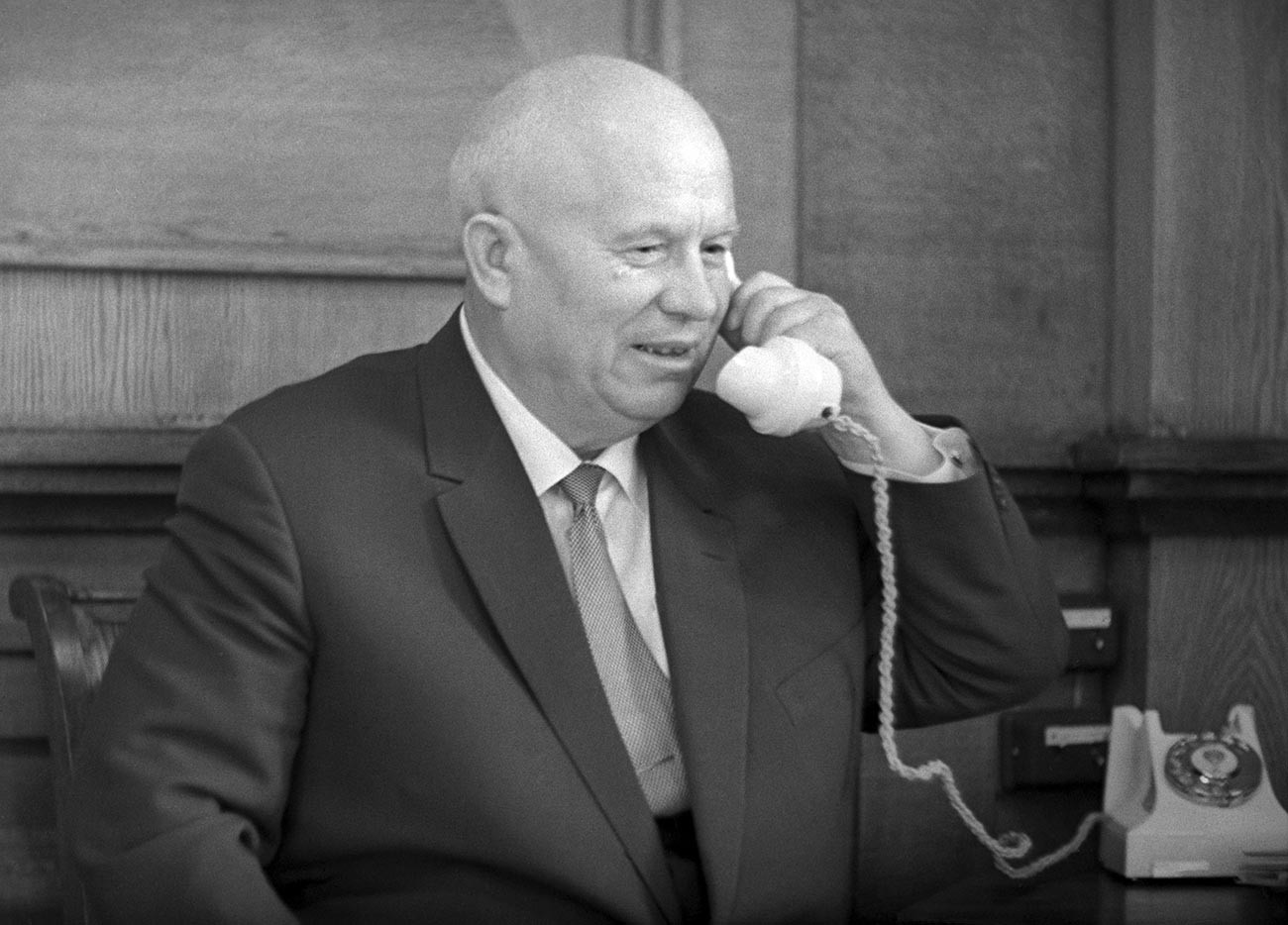 Nikita Khrushchev in his office

That said, Washington and Moscow have had a hotline for 60 years in the event of an emergency situation. It first appeared in 1963, after the Cuban Missile Crisis, when the two countries were on the brink of nuclear war. It has since been used to quickly reach the other side and set up a conversation between their two leaders in the event of heightened military tensions. Although, it’s not being done by phone. First, there was a teletype, then a fax and, today, an encrypted computer channel is used. The signal is relayed via a satellite. The line is constantly open. Operators work on a shift basis and are always on standby to establish a connection between the Kremlin and the White House. Curiously, in order to keep the channel functioning smoothly, it is constantly tested by running pieces of classical literature through it. 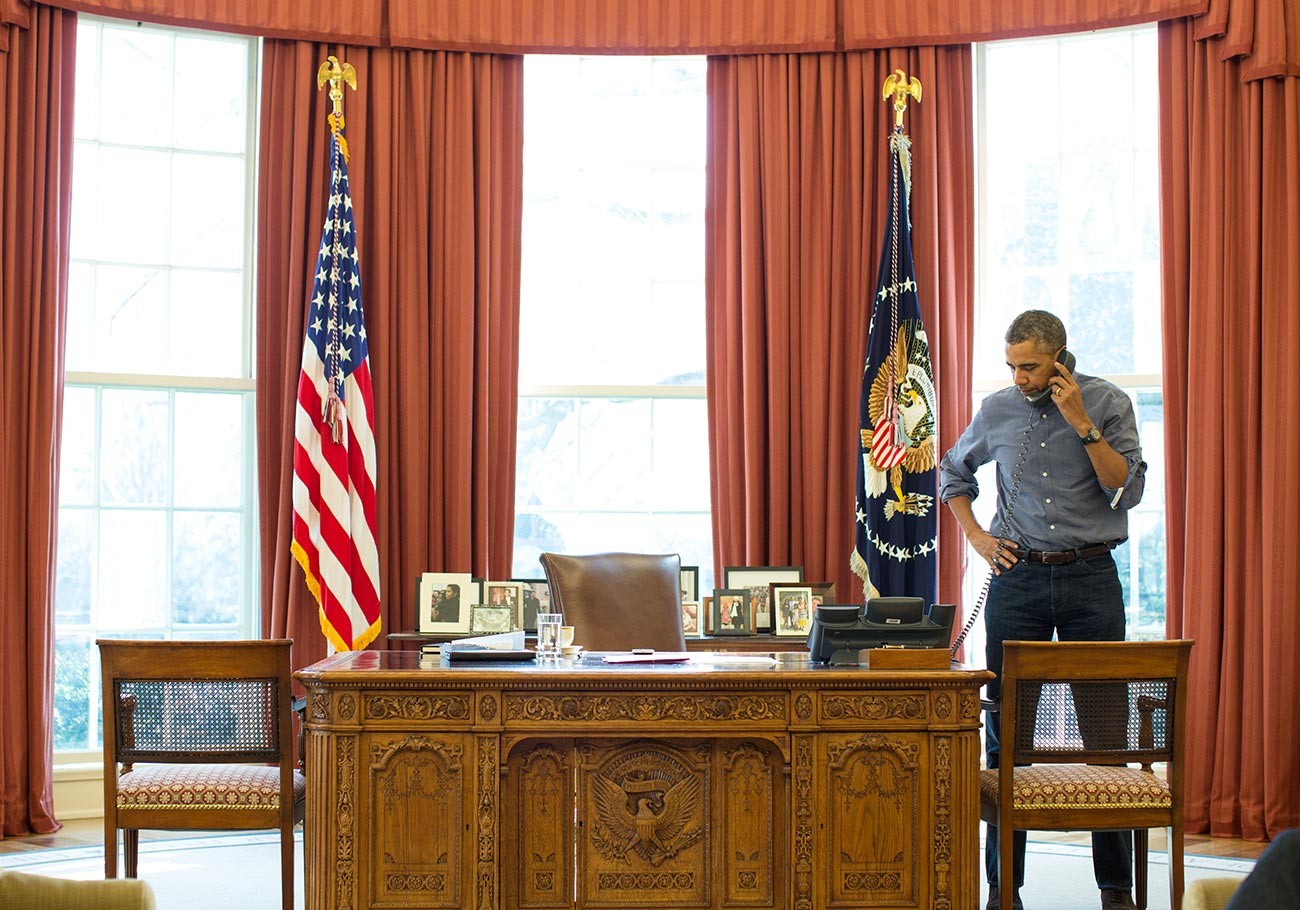 The line was actively used during the Arab-Isreli wars in 1967 and 1973, as well as the Indo-Pakistani conflict in 1971 and the Soviet incursion into Afghanistan in 1979. The last notable time it was used was in October, 2016, when Barack Obama wanted to get in touch with Moscow over the alleged “Russian interference into the U.S. Presidential election”.