These men were executed for selling hard currency in the USSR 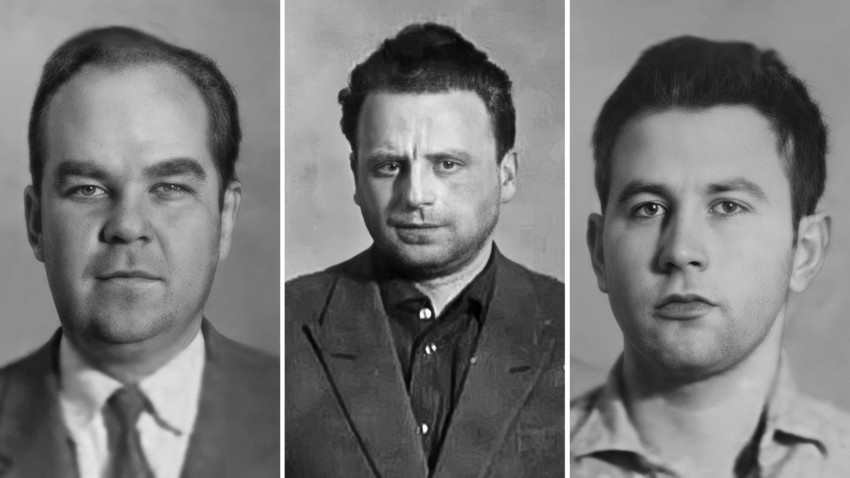 Archive photo
Some considered them “enemies of the people”, while others saw them as victims of an illegal execution. And, in the U.S., even a brand of jeans was named after them. But everyone knew their names - above all, because their trial rode roughshod over one of the basic principles of legal practice in the world: That the law cannot be applied retroactively.

“Have you anything for sale?” This was the question with which Soviet fartsovschiki - people who covertly bought and sold scarce imported goods and foreign currency - used to approach foreigners in Moscow. Reselling such goods (in the Soviet Union, it was called “speculation”) was illegal and for, say, a pair of stockings, chewing gum or $30 in hard currency, one could end up in prison for up to seven years.

This was the case until 1960, the time known as the political “thaw”. But, it was precisely at this time that the punishment for speculation was made even harsher: First, it was increased to 15 years in prison and then to the death penalty.

Dollars in a toothpaste tube

It is believed that the black market appeared in the USSR in 1957, when the World Festival of Youth and Students was held in the country and students from Italy, Sweden, France, the U.S. and other states traveled behind the Iron Curtain. At the time, the only way Soviet citizens could acquire any imported items, so-called “chic” goods, was by traveling abroad, something that only very few people were allowed to do. The arrival of a large number of foreigners changed the situation: Very quickly there appeared people who were prepared to take risks in order to make good money - such goods were sold with an astronomical mark-up. 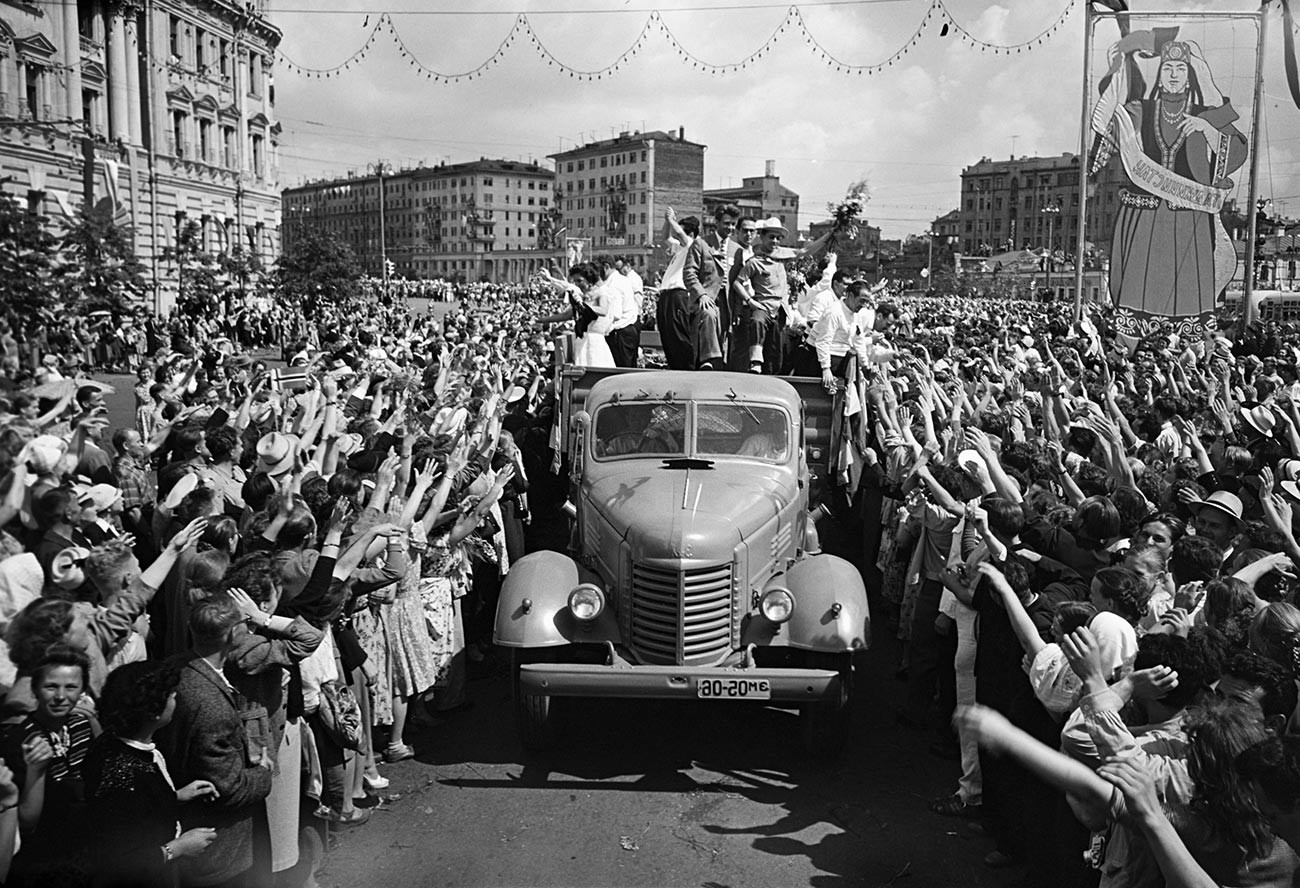 World Festival of Youth and Students in the USSR

By and large, the fartsovschiki were enterprising students and people who routinely encountered foreigners through their work: tour guides, interpreters, diplomats, taxi drivers, prostitutes providing their services for hard currency and so on. Anyway, the black market in the capital very quickly turned into a multilayered resale system.

At the bottom of the hierarchy were the begunki, or runners - i.e. those who directly made the deals. Next came the people who oversaw them and, finally, there were the kuptsy, or marketeers, themselves. Nobody knew the names of the latter, as they operated under pseudonyms and only through middlemen. Hard currency was one of the most precious “commodities”, because a state monopoly had been established on its sale and only those with permission to travel abroad could purchase it. Smugglers went to incredible lengths and could even hide hard currency in toothpaste tubes. 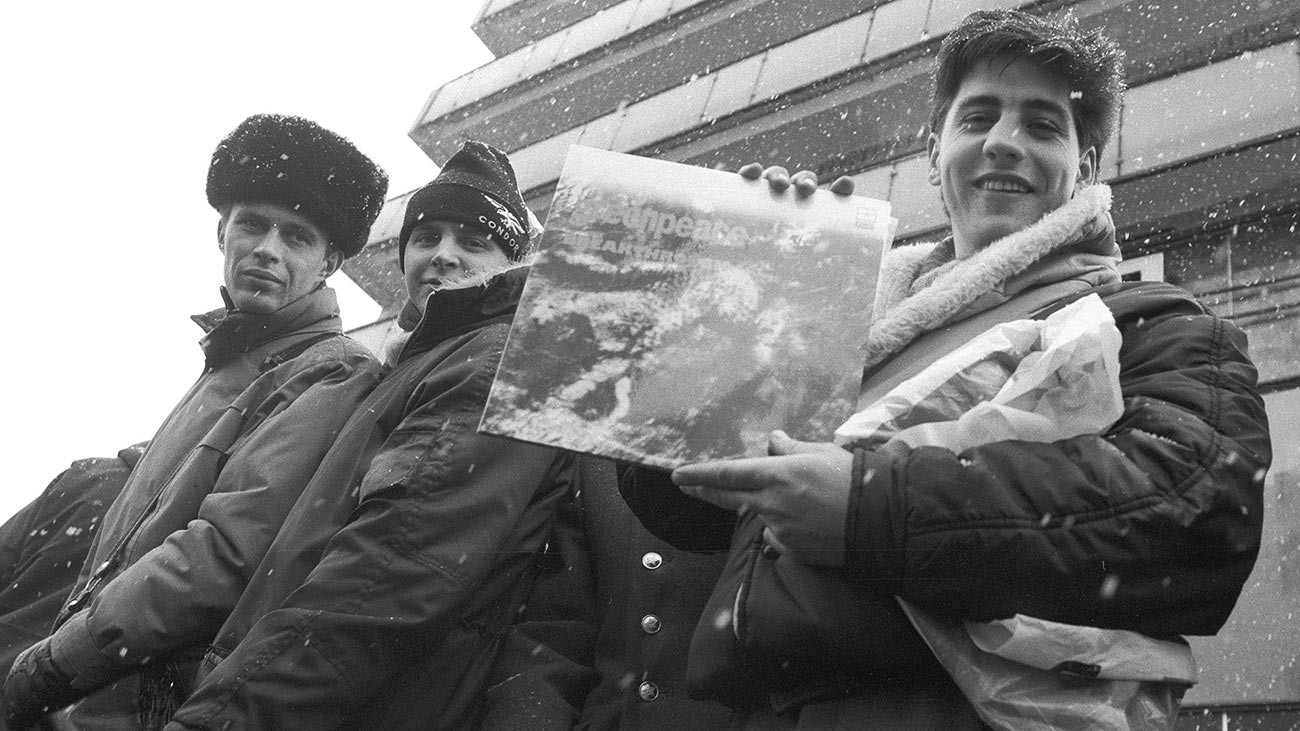 By 1960, a whole black market “empire” with a turnover valued at millions operated in Moscow. At the same time, the KGB closed in on the three main dealers of this market, the “marketeers” Yan Rokotov, Vladislav Faibishenko and Dmitry Yakovlev.

Yan Rokotov was arrested for the first time when he was 17 years old. He was sentenced to eight years in prison camp for “counter-revolutionary activity”. He didn’t serve the whole term though, was exonerated and even reinstated at his university. It was from the other inmates that he learnt about all kinds of speculative schemes. 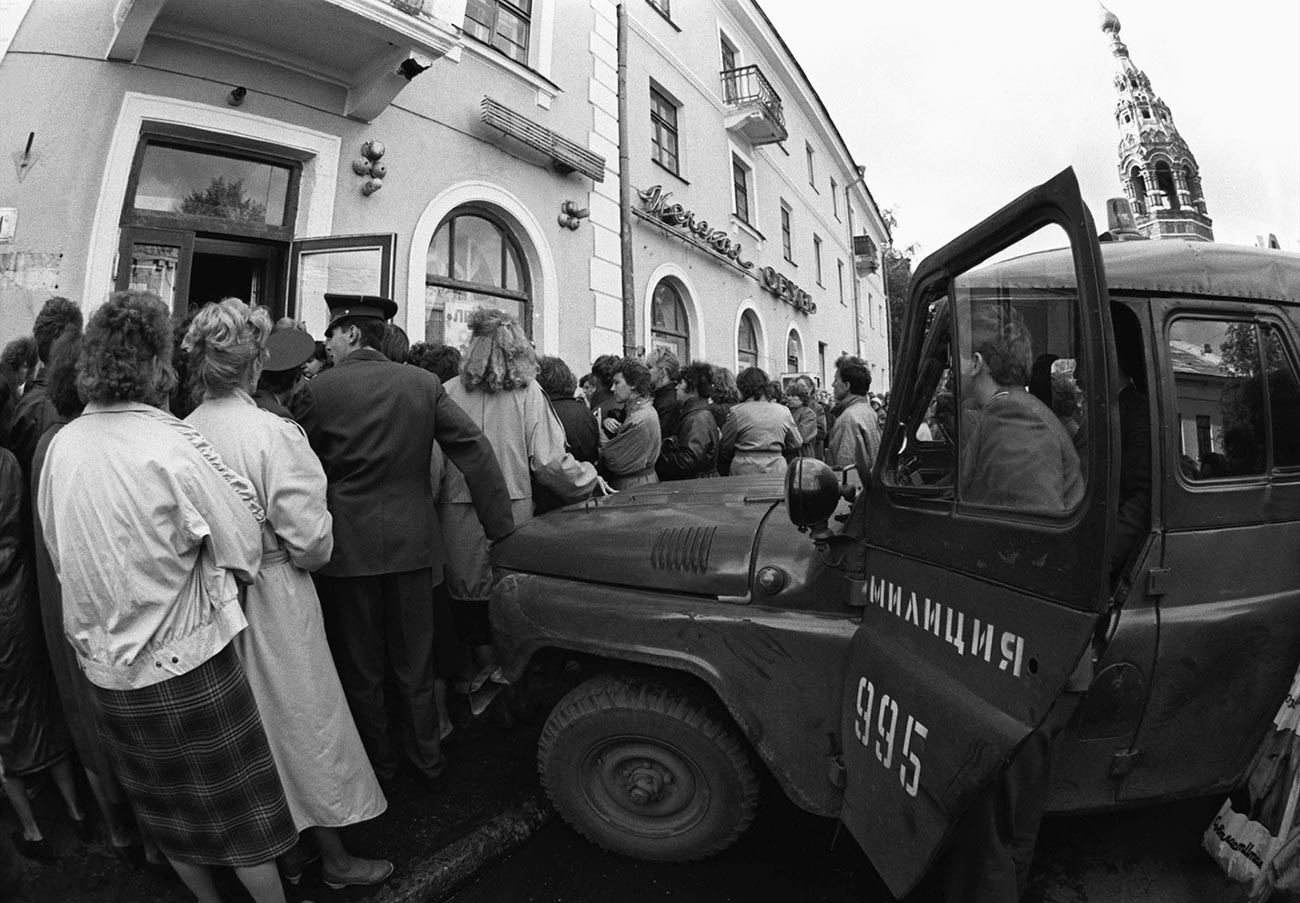 Rokotov was the first to scale up fartsovka, turning speculation into a business.

Upon his release, 30-year-old Rokotov managed to organize a smoothly-operating network for buying up hard currency and consumer goods. His main source of hard currency came to be the employees of foreign embassies in Moscow, with whom he established links, as well as Arab servicemen studying at military academies, who willingly and in large quantities supplied him with Russian Tsarist-era gold coins (these were particularly valued by Soviet collectors). The gold coins were smuggled across the border in concealed belts hidden under their clothing - each such belt could hold up to 500 coins. In the autumn of 1960, over 20 kg of gold coins were found when the Arab smugglers’ belongings were inspected! When Rokotov was eventually caught and shown photographs of 84 Arab officers, it turned out that he had entered into secret deals with all of them but 10. 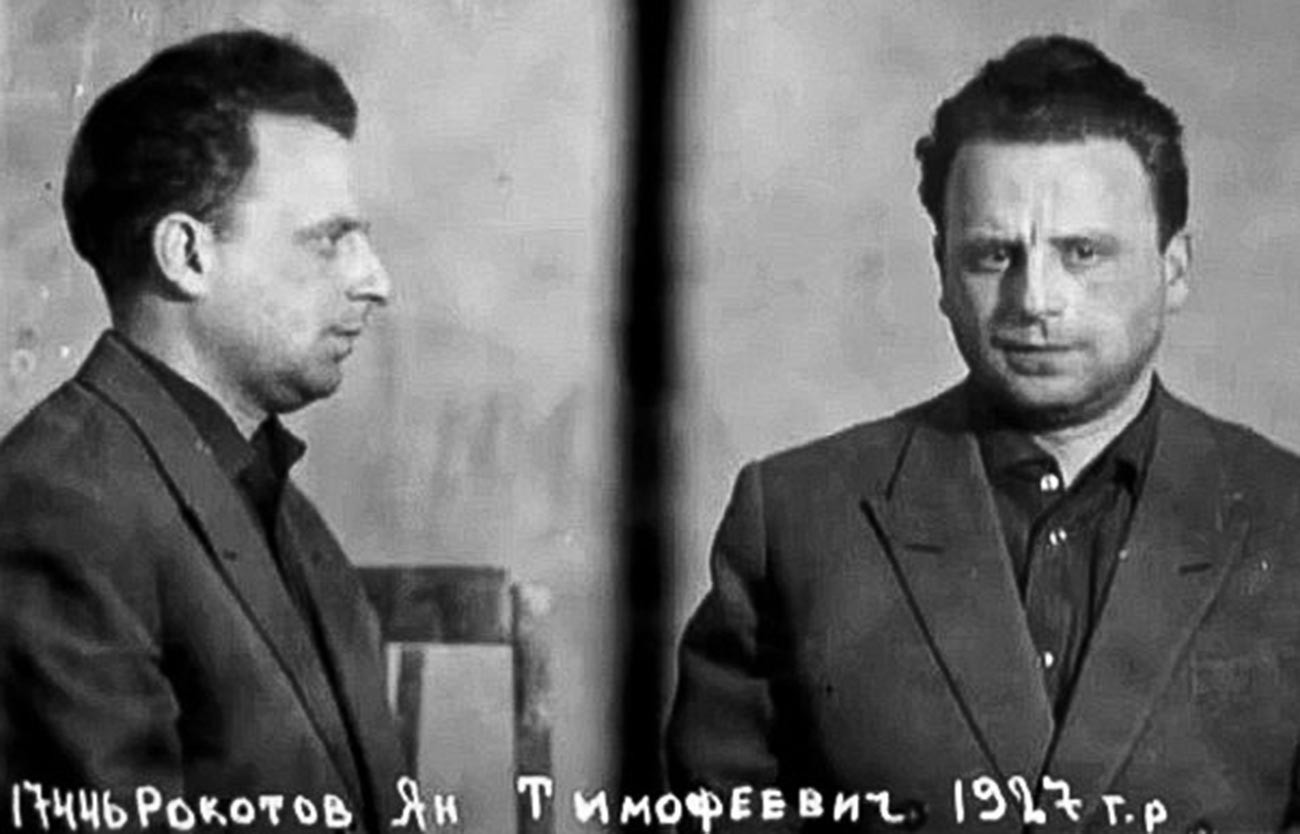 Another source of hard currency was a secret deal with a member of the board of directors of the West German bank, Otto & Partners. Soviet citizens could carry a maximum of $30 when traveling abroad. So, Rokotov offered to accept the required amount in rubles and then the foreign currency - as much as travelers wished - could be withdrawn by them at the bank when they were in Germany. The scheme also worked in the opposite direction - via an Otto & Partners current account: In the USSR, rubles could be obtained from Rokotov’s partners at a much more favourable rate than the official one.

Essentially, Rokotov was the first to scale up fartsovka, turning speculation into a business. And Faibishenko and Yakovlev were his closest accomplices. 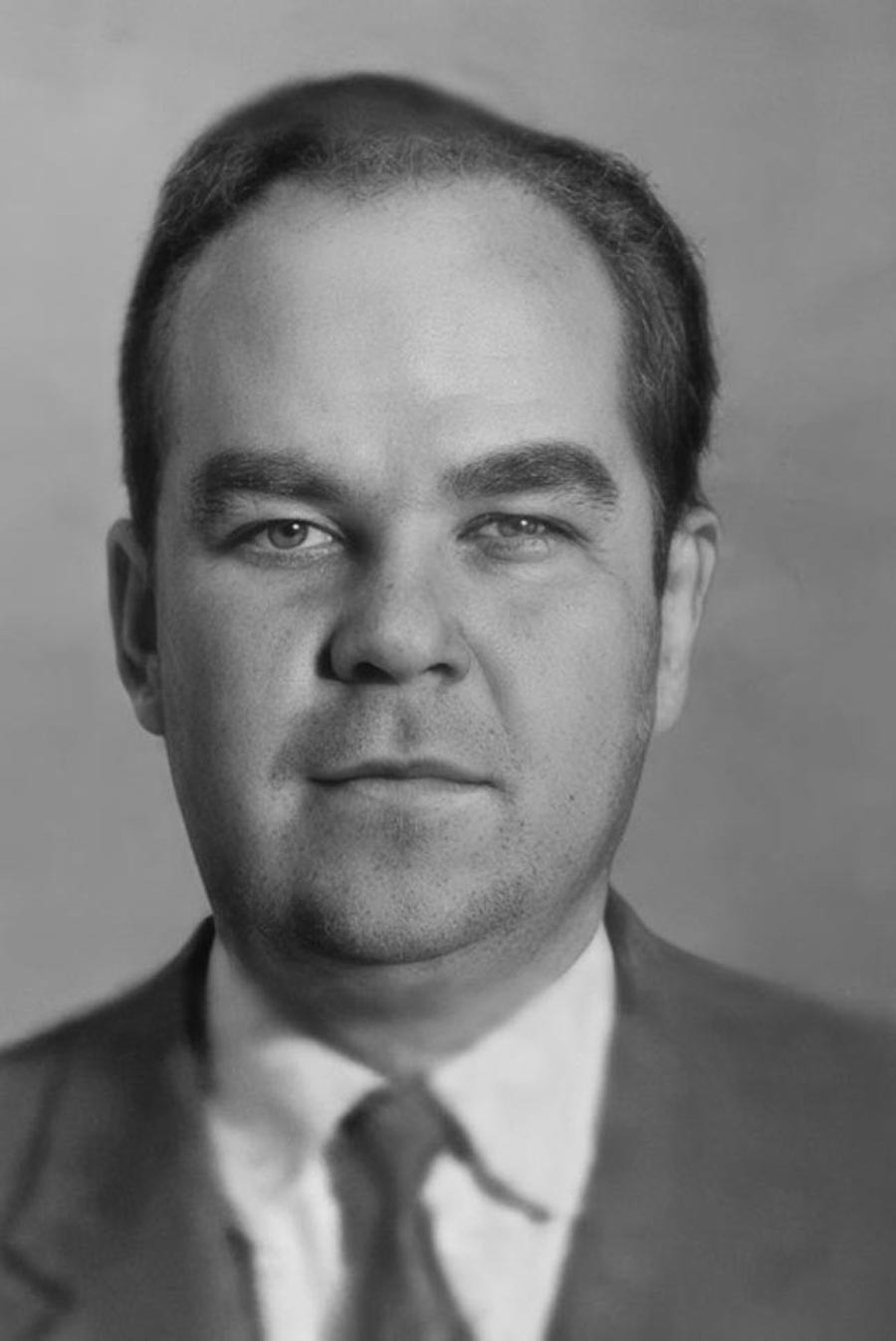 Twenty-four-year-old Faibishenko, the youngest of them, mainly worked with students: He used to wake up in the morning, get in a taxi and do the rounds of the people working for him, collecting his cut. His business contacts specialized in foreign goods. Thirty-three-year-old Yakovlev stood out as proficient in three foreign languages, he was a postgraduate student and he traded with smugglers in the Baltic region, which is where he was originally from. He hired an unsuspecting pensioner, who sat by the telephone and connected him with other middlemen. What is more, Faibishenko and Yakovlev were both informants for the authorities. For a number of years, they had been ratting out ordinary student “runners”, while paying bribes to be left in peace themselves. 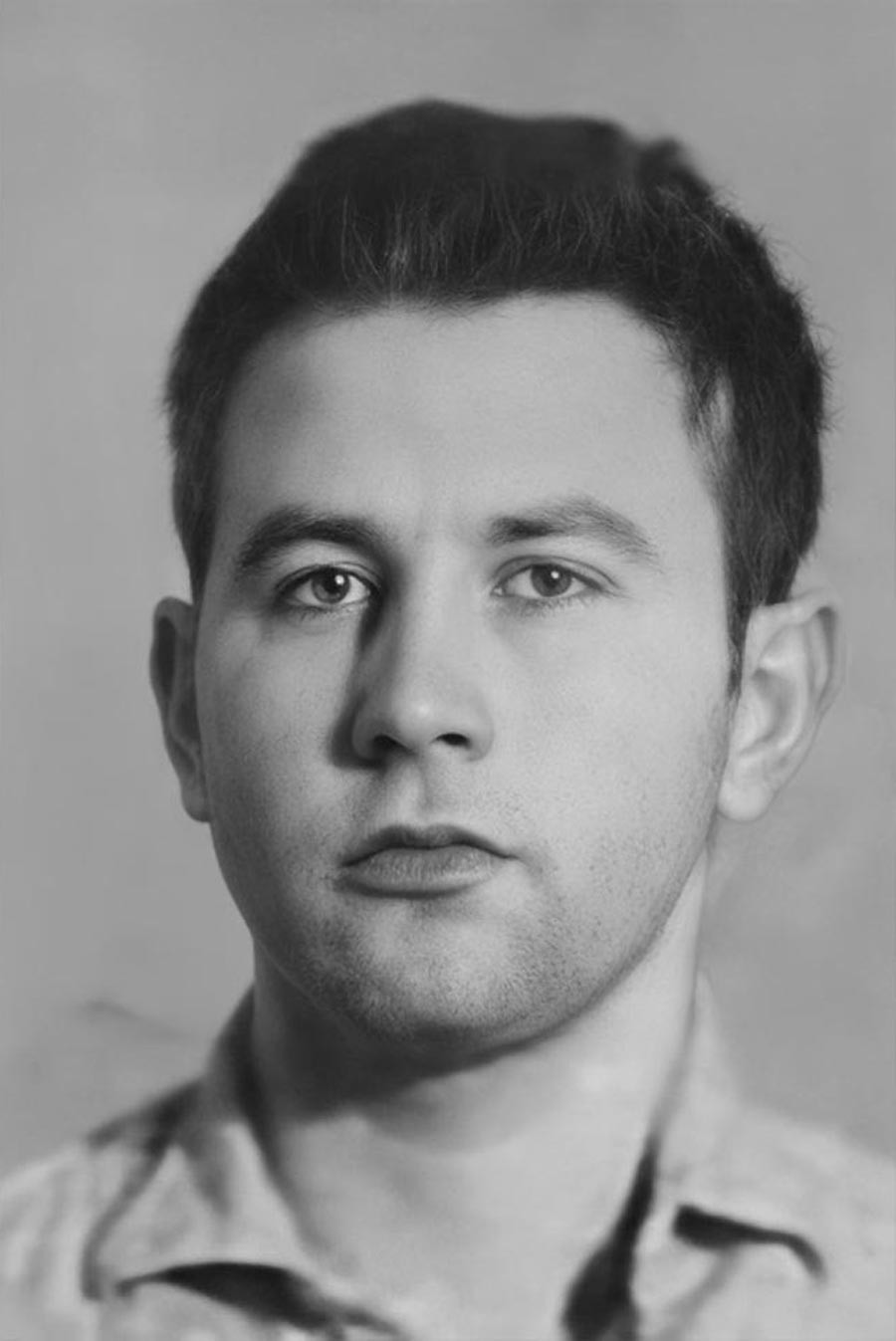 But, in 1960, measures to combat black marketeers reached a new, political, level. Their black “empire” had finally attracted the personal interest of First Secretary of the CPSU Central Committee Nikita Khrushchev. Faibishenko was arrested in the middle of a deal, Yakovlev was betrayed by his pensioner assistant (the authorities had reached an agreement with her), while Rokotov was seized at a railway station, where he was keeping a suitcase of valuables in the left luggage office. On the day of the arrests, the empire’s turnover amounted to 20 million rubles or $80 million according to the exchange rate of 1960.

All three were handed down prison terms of eight years and, with that, the story of the “black marketeers” should have ended. But events then started to develop in a completely unpredictable way.

‘We ask you to show no mercy to these lowlifes’

In late 1960, Khrushchev paid a visit to West Berlin, where in conversation with local politicians, he voiced the reproach that, seemingly, “under the tender wing of the occupation authorities, the city has become a dirty swamp of speculators and the currency black market rules the roost here”. In reply, he was told: “The sort of currency black market you have in Moscow is to be found nowhere else in the world.”

On his return, while still at the airport, Khrushchev demanded that the KGB present him with a report on the real state of affairs. It was decided to accompany the report with a display of items seized from smugglers, which was put on in a room in the Kremlin. Shortly before this, a decree was additionally passed: The maximum penalty for smuggling and currency speculation under Article 88 would now be 15 years, instead of eight.

“What awaits Rokotov and Faibishenko?” asked Khrushchev, referring to the new sentencing rules. The decree was adopted after the speculators had been arrested and so handing them these sentences would be unlawful - he was reminded that the law could not be applied retroactively. “This could have an adverse impact on the recent thaw in our relations with the West,” he was warned by KGB Chairman Alexander Shelepin. According to witnesses, these arguments provoked a fit of rage in Khrushchev. 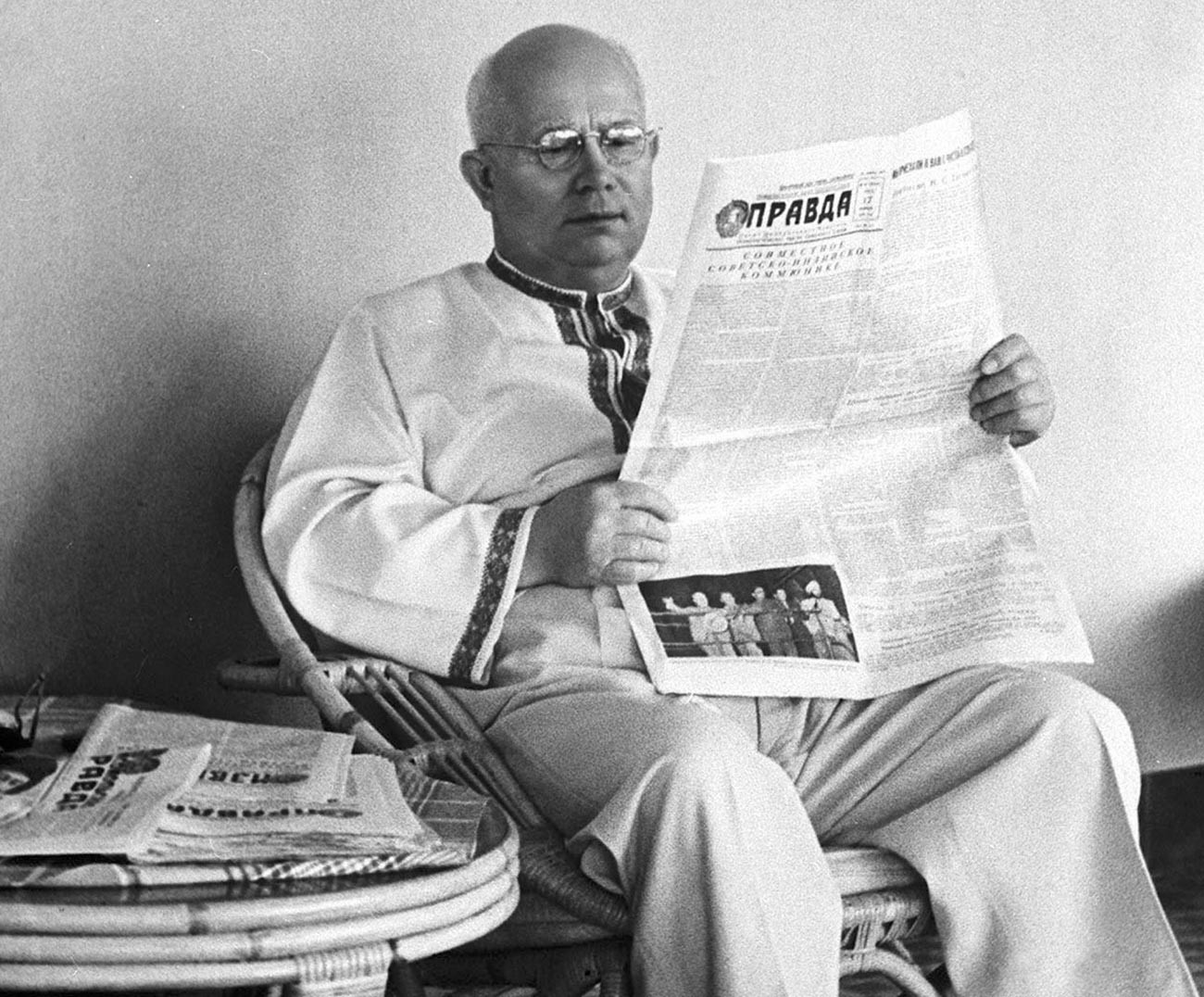 At Khrushchev’s insistence, the case was reviewed and the trio received 15 years each. To support his position (this was a common expedient), Krushchev produced a collective letter from workers of the Metallist factory, unhappy with the leniency of the sentence: “We, ordinary Soviet people and workers of the Moscow instrument plant, ask you to show no mercy to these lowlifes, this pathetic riff-raff and scum.”

After another year, however, the legislation was tightened up even more and the maximum penalty under Article 88 was now death. A third trial was held - and all three were sentenced to be shot.

Before the execution in July 1961, Yakov Rokotov wrote a letter to Khrushchev: “I have been sentenced to be shot. My crime is to have been a speculator in foreign currency and gold coins. I have had the law applied to me retroactively twice… I implore you very strongly to spare my life. I have made many mistakes. I am now reformed and have become a completely changed individual. <...> I am 33 years of age and will be a productive person for the Soviet state. <...> I am not a murderer, nor a spy, nor a violent robber. I have now seen the light and I want to live and build Communism alongside Soviet people. <...> I strongly beseech you to grant me clemency.”

There was no clemency. They were shot two days later.

What happened after that

The trial of the currency speculators scared off the black marketeers and many of them tried to get away from currency dealing, exchanging goods with foreigners for vodka, Soviet watches and souvenirs. In scale, it was no longer comparable to Rokotov and his gang.

Meanwhile, Article 88 remained in force until 1994 and people continued to be jailed and shot under its provisions. Neither criticism from the West nor an open letter from human rights campaigner Andrei Sakharov were of any avail: “I particularly want to draw your attention to the fact that the death penalty is imposed for many crimes in the USSR that have nothing at all to do with a threat to human life. <...> An elderly man was shot in 1962 for making a few counterfeit coins and burying them in a courtyard.”

Subsequently, in what was now Russia, many people, looking back at the Rokotov case, would make comments such as “if he had been in a capitalist country, he would have become a multimillionaire” or “for such lawless actions the country’s leadership should be posthumously condemned”. And a brand of jeans would appear in the U.S. with the name Rokotov & Fainberg. The standard model was dubbed with the number ‘88’.