How did the vatnik become the most popular clothing in the USSR – and why is it now a term of abuse? 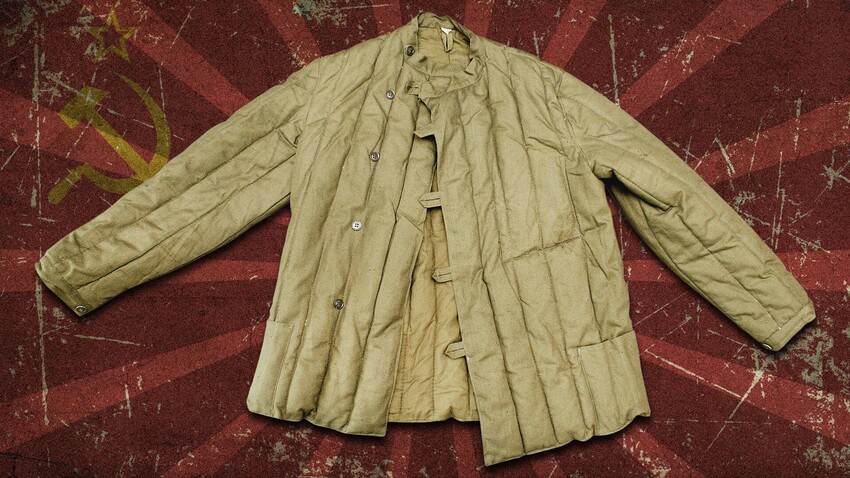 Russia Beyond(Photo: Legion Media)
We explain how an ordinary cheap jacket united the Soviet Union as the ultimate equalizer, and then became a slur that can get you sued.

Warm, windproof and, most importantly, cheap. This was the classic vatnik – a padded jacket stuffed with cotton wool. In the Soviet Union, the whole country wore this kind of jacket: soldiers, students, workers, prisoners, builders, drivers and others. 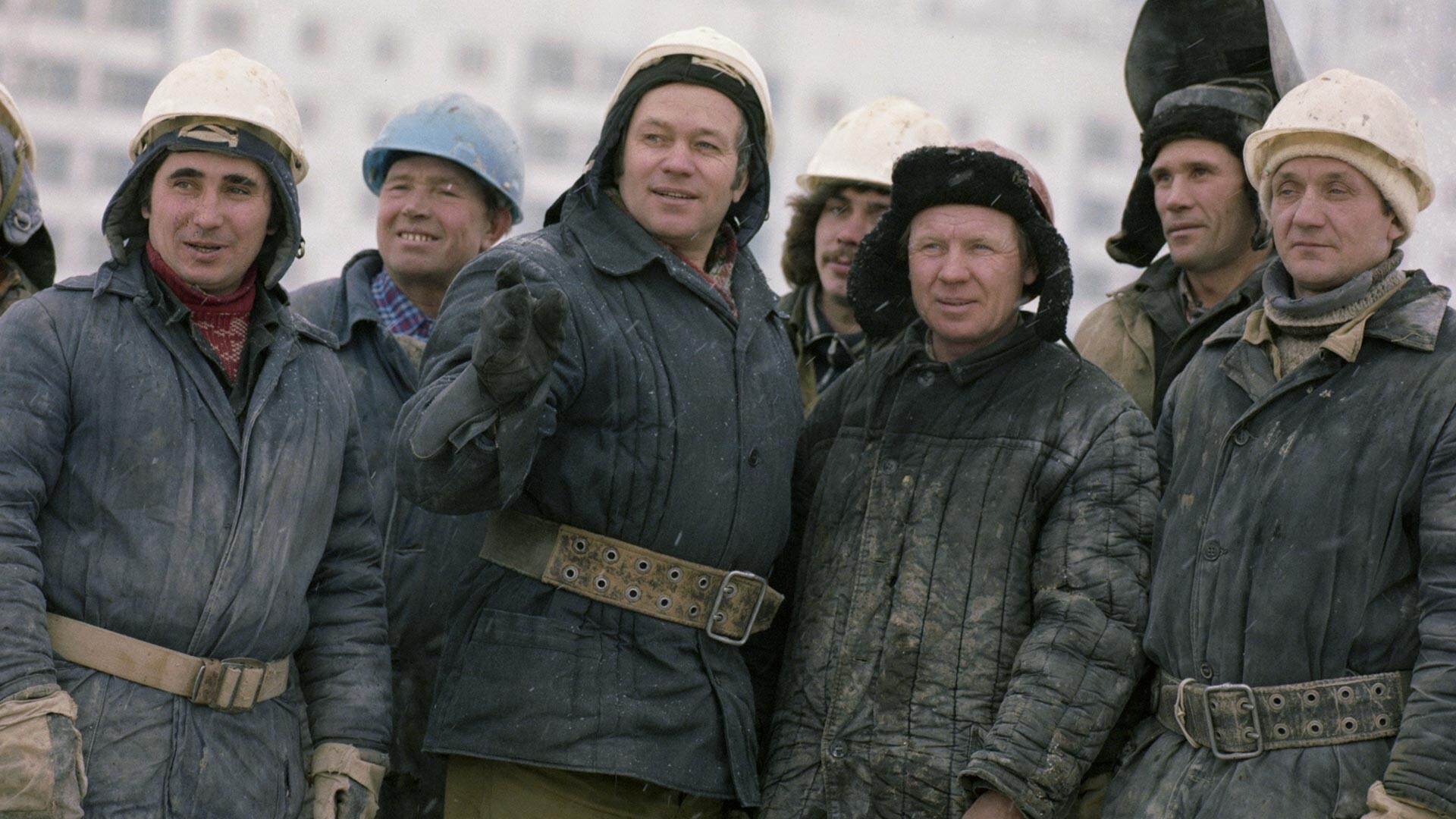 After a while, the vatnik came to be seen as a “uniquely Russian” item of clothing, along with the kokoshnik or sarafan. Yet in the past decade it has turned into a dirty word. How come?

The vatnik is born

Let’s immediately get one thing clear: there is nothing indigenously Russian about the vatnik. It appeared in the country only in the late 19th century, due to several circumstances.

It was originally invented in Germany by the Hartmanns, a father-and-son duo who in 1870 developed a method for the industrial production of cotton wool. That kickstarted a global cotton revolution: cotton wool began to displace other natural fillers like horsehair, flax, wool, etc.

The second circumstance of its adoption in Russia was the reform of the country’s army. An analysis of the Russian-Turkish war of 1877-78 showed that the existing field uniform was insufficiently practical and frost-resistant: thousands of soldiers had perished or been invalided as a result of hypothermia. Therefore, in 1882, Emperor Alexander III announced a reform that involved simplifying, reducing the cost and increasing the practicality of military uniforms. Cotton wool immediately sprang to mind, and by 1885 warm padded beshmets (a type of outer garment) had become de rigeur for Cossacks from the Caucasus. 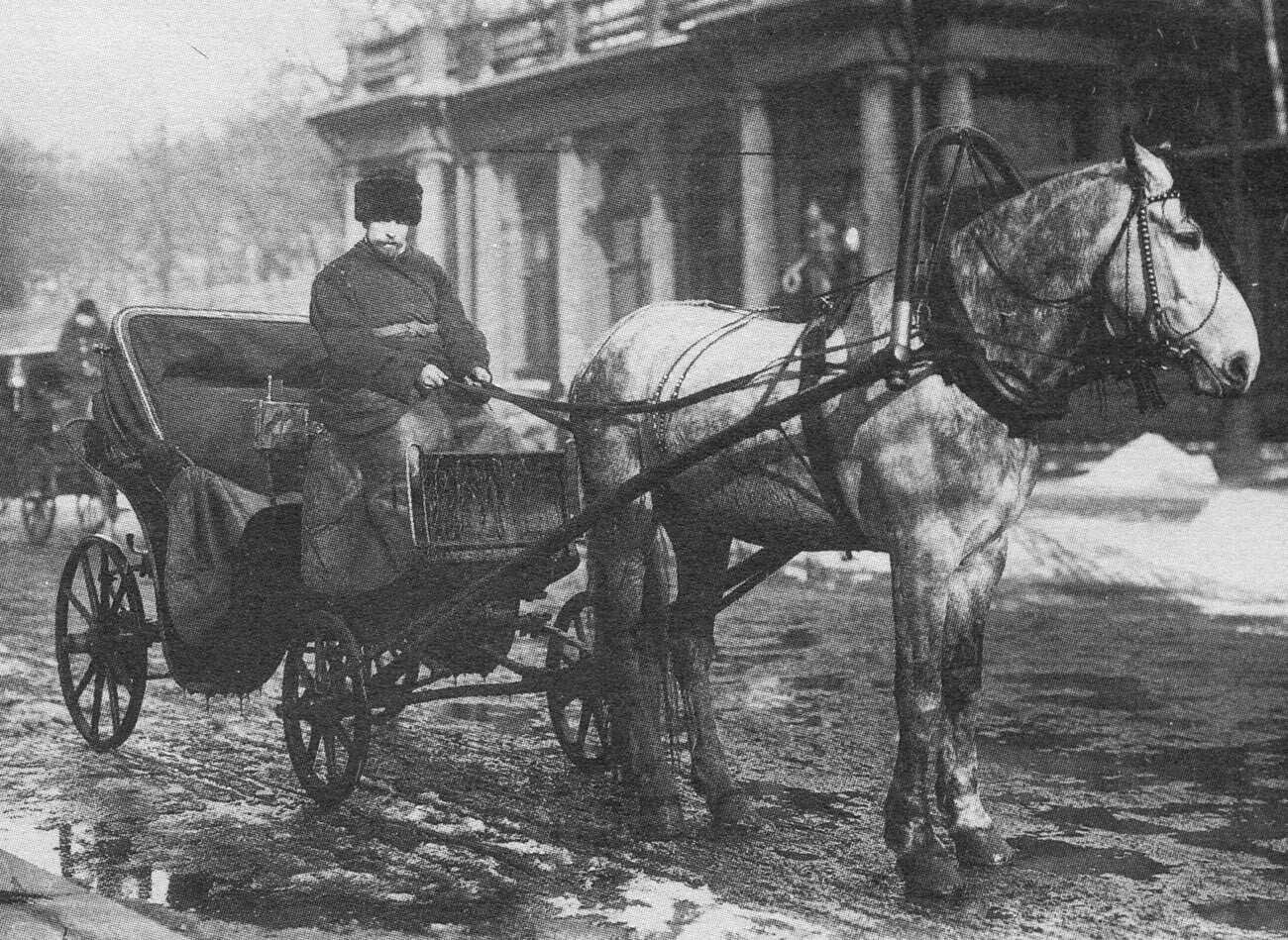 Thus, the first thing the vatnik did was to establish itself in the tsarist army. That said, quilted clothing had long been popular with the folk: the volan, as it was called, was worn by coachmen and merchants alike. At the end of the 19th century, the volan started to be stuffed with cotton, which made them warmer and lighter. But this was still only a prototype of the vatnik. The size of the volan (it was long-sleeved and still heavy) made it inconvenient for physical labor, while the main advantage of the vatnik was its suitability for work. As such, the Soviet era became the “golden age” of the vatnik.

The most popular jacket

The padded jacket proved a lifesaver during WWI. It could be made with ordinary sewing machines, which greatly facilitated the task during the general mobilization, and the cheapness of the material meant that vatniks could be supplied to millions of soldiers. 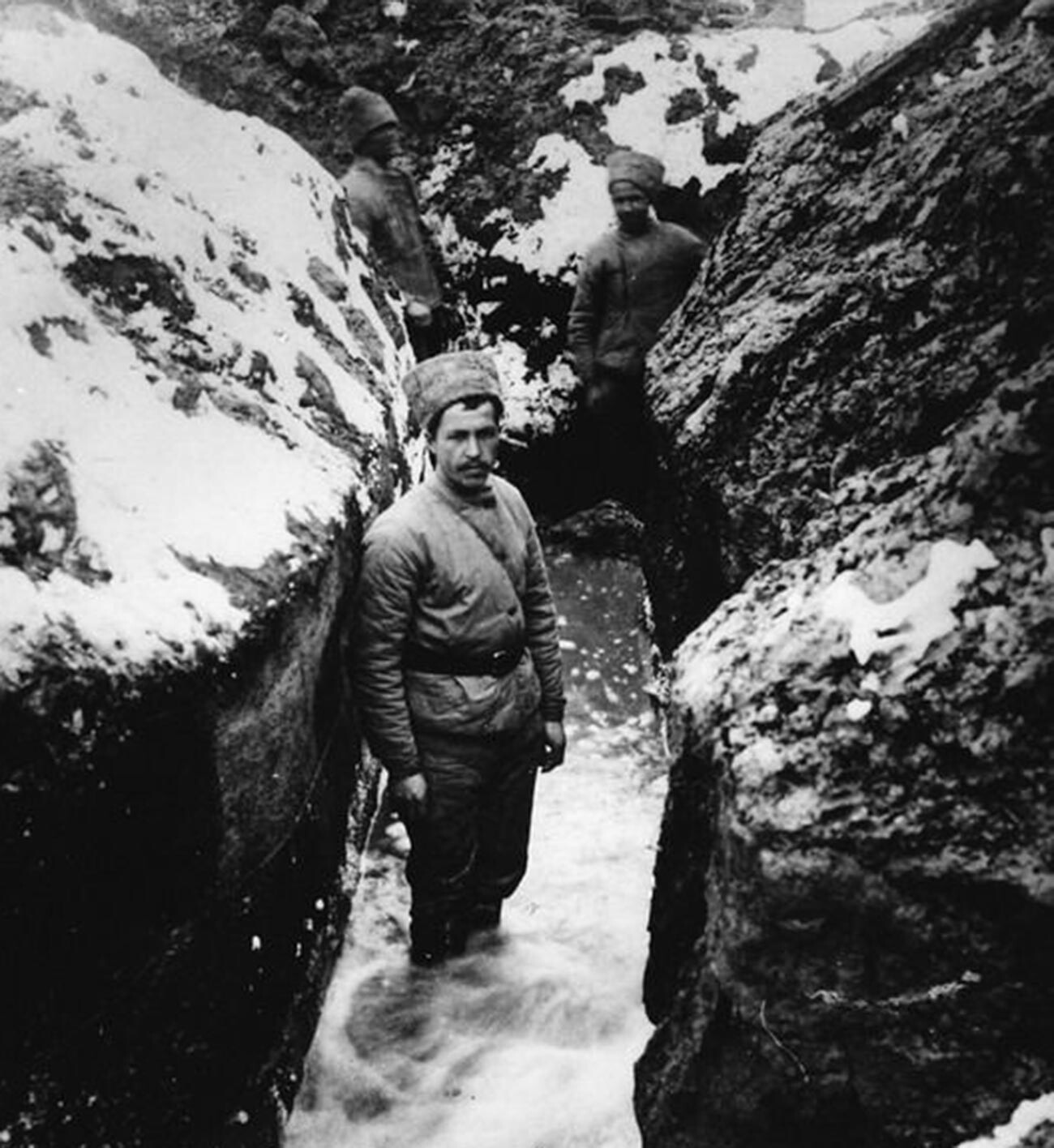 In the 1930s, it became compulsory to wear a vatnik under one’s overcoat, and by an order of 1942, it completely replaced the overcoat for privates and junior staff in rear units of the Red Army.

WWII brought this outerwear to the fore, and not only on the frontline. It proved invaluable in cold factories, in the camps, on windy fields and on campaigns. It was during and after the war that the vatnik reached its apotheosis: a time of mega-construction projects, mobilization, economic recovery and, at the same time, goods shortages.

It was even standardized, so that the same universal padded jackets were worn by Gulag prisoners, drivers, workers and potato-gathering students alike. The only difference was the color: army vatniks were khaki; civilian ones blue, gray, black or brown; prisoners wore black. 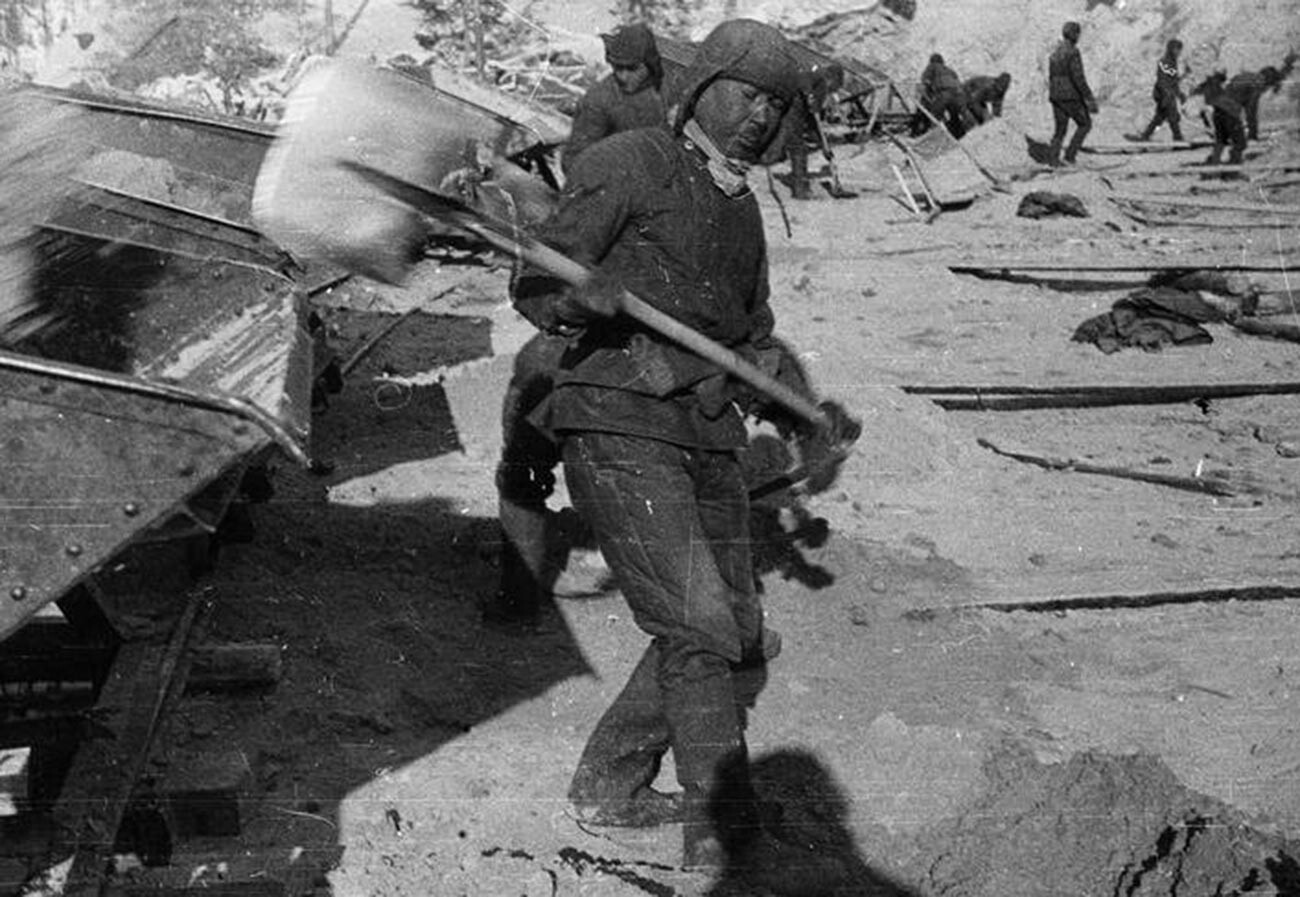 Prisoners at the construction of the White Sea-Baltic Canal

The Baikonur Cosmodrome, the 4,000+ kilometer long Baikal-Amur Mainline, automobile plants and other infrastructure were all built by vatnik-wearing workers. 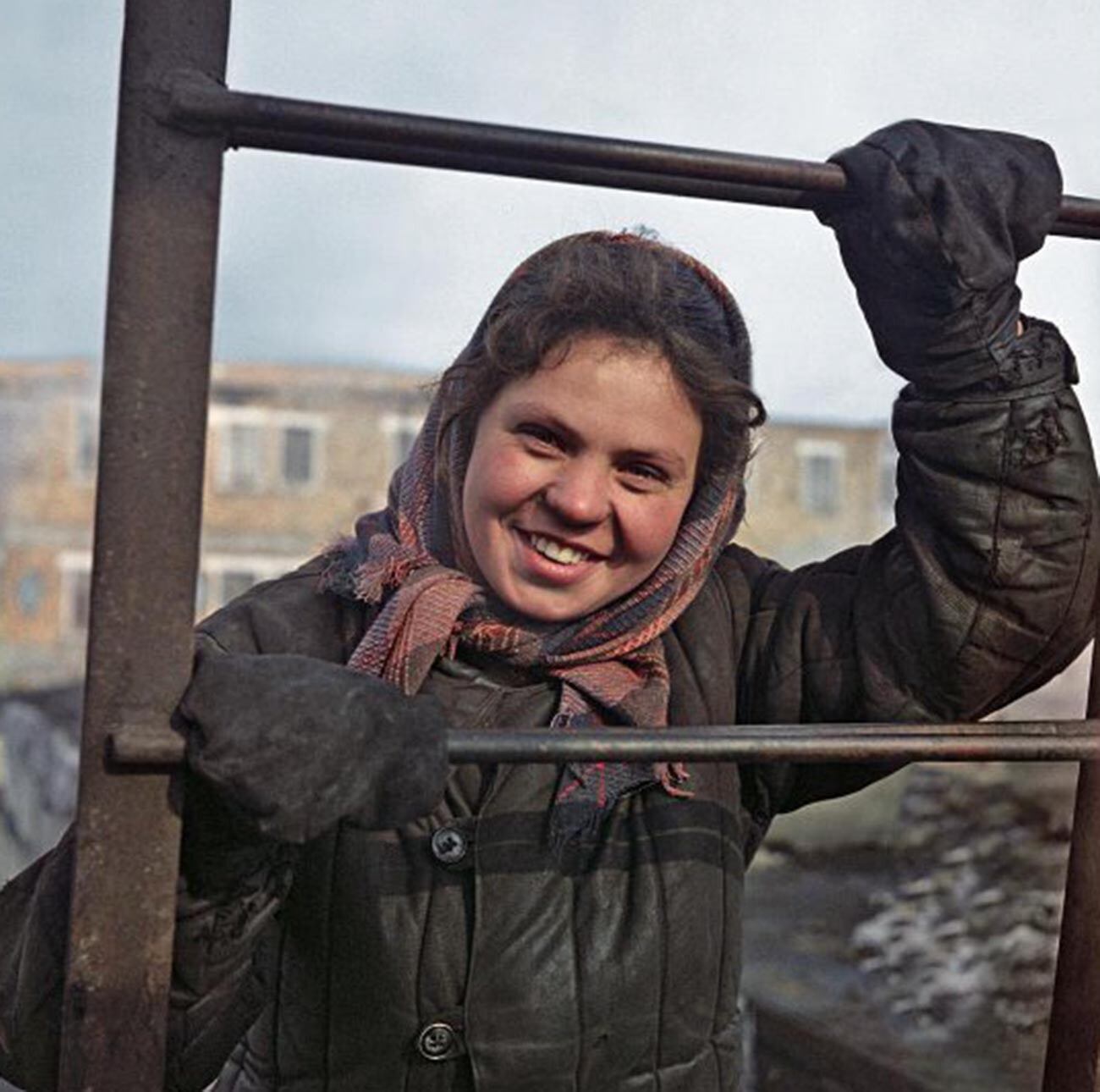 Despite the fact that these jackets were originally created for the most pragmatic purposes, and no one thought about aesthetics, attempts were made to make the mass-produced vatnik more fashionable: Soviet women sewed collars on it, made it tighter-fitting and decorated it with embroidery. 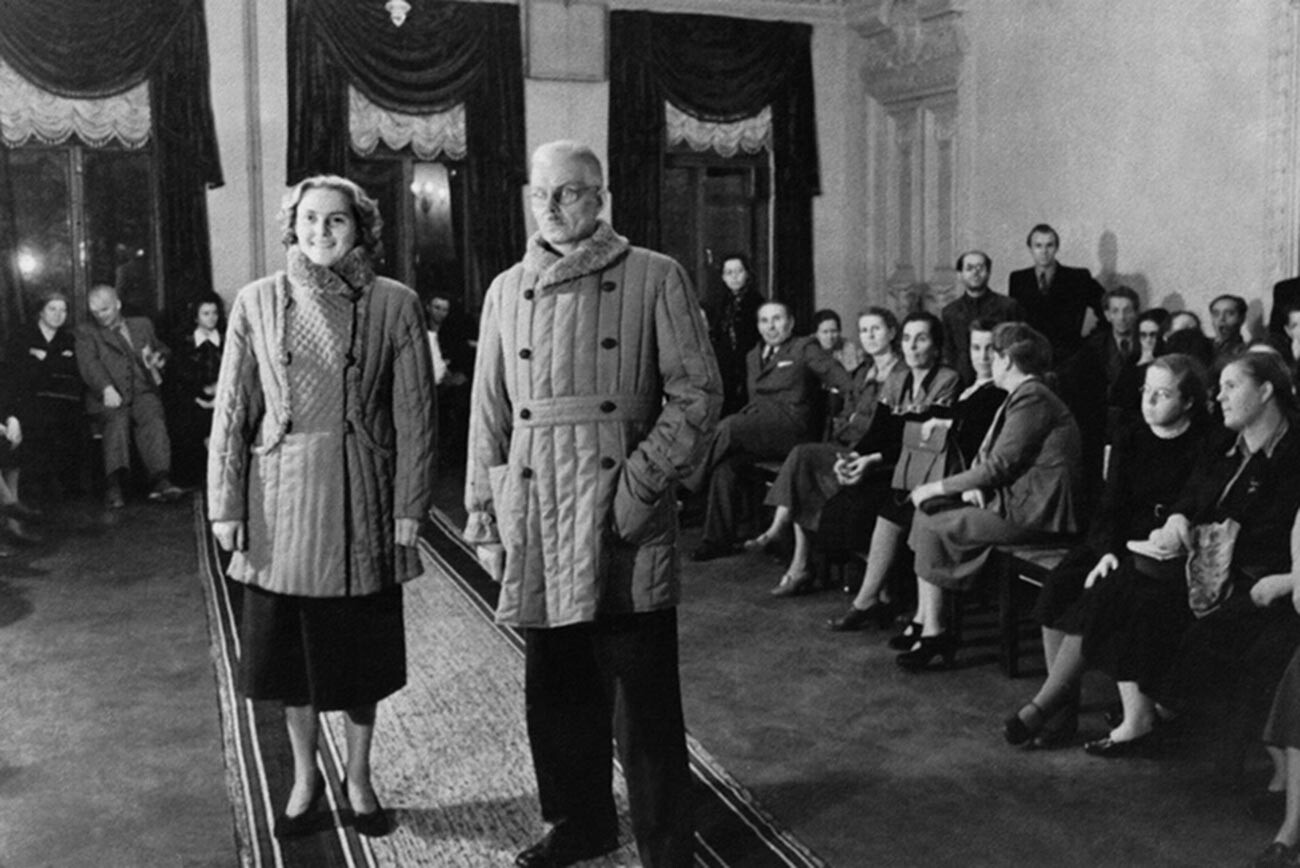 At the end of the 20th century, Russia’s most popular outerwear caught the West’s attention as an exotic item of the “post-Soviet style” and was reinterpreted by famous fashion houses and the European mass market. 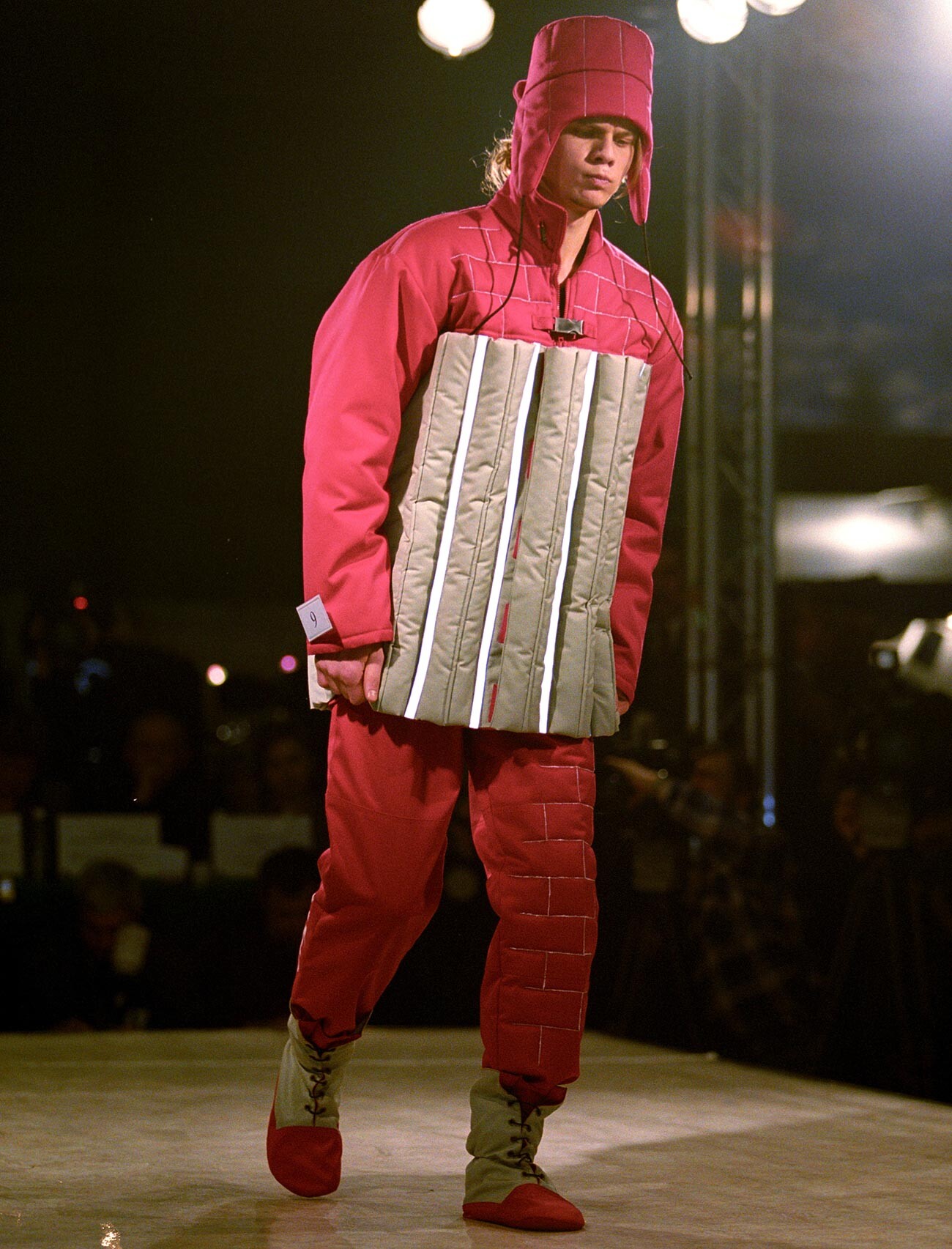 Having been used by the army for such a long time, the vatnik today is almost a thing of the past – it has been replaced by thermal underwear made from modern materials. You are unlikely to see the classic vatnik on soldiers these days.

Why did “vatnik” become a swearword?

In Russia, you might hear the word “vatnik” spoken not only with reference to the popular cotton wool-stuffed jacket.

Since the 2010s, “vatnik” has been used as a slur to describe jingoistic Russians on social media, who display an impressive ignorance of history, an inability to analyze the situation, and blind faith in stereotypes, myths and clichés. As noted by linguist Maxim Krongauz, this word has a social connotation, since the article of clothing is worn “not by the highest strata of society,” and the term “vatnik” commonly refers to poorly educated and easily influenced people of humble background.

The slur has also become the subject of legal debate. In 2017, a resident of Saratov was sentenced to 160 hours’ community service for calling for a “vatnik holocaust.” The case was opened under Article 282 of the Russian Criminal Code – “for belittlement of human dignity.”