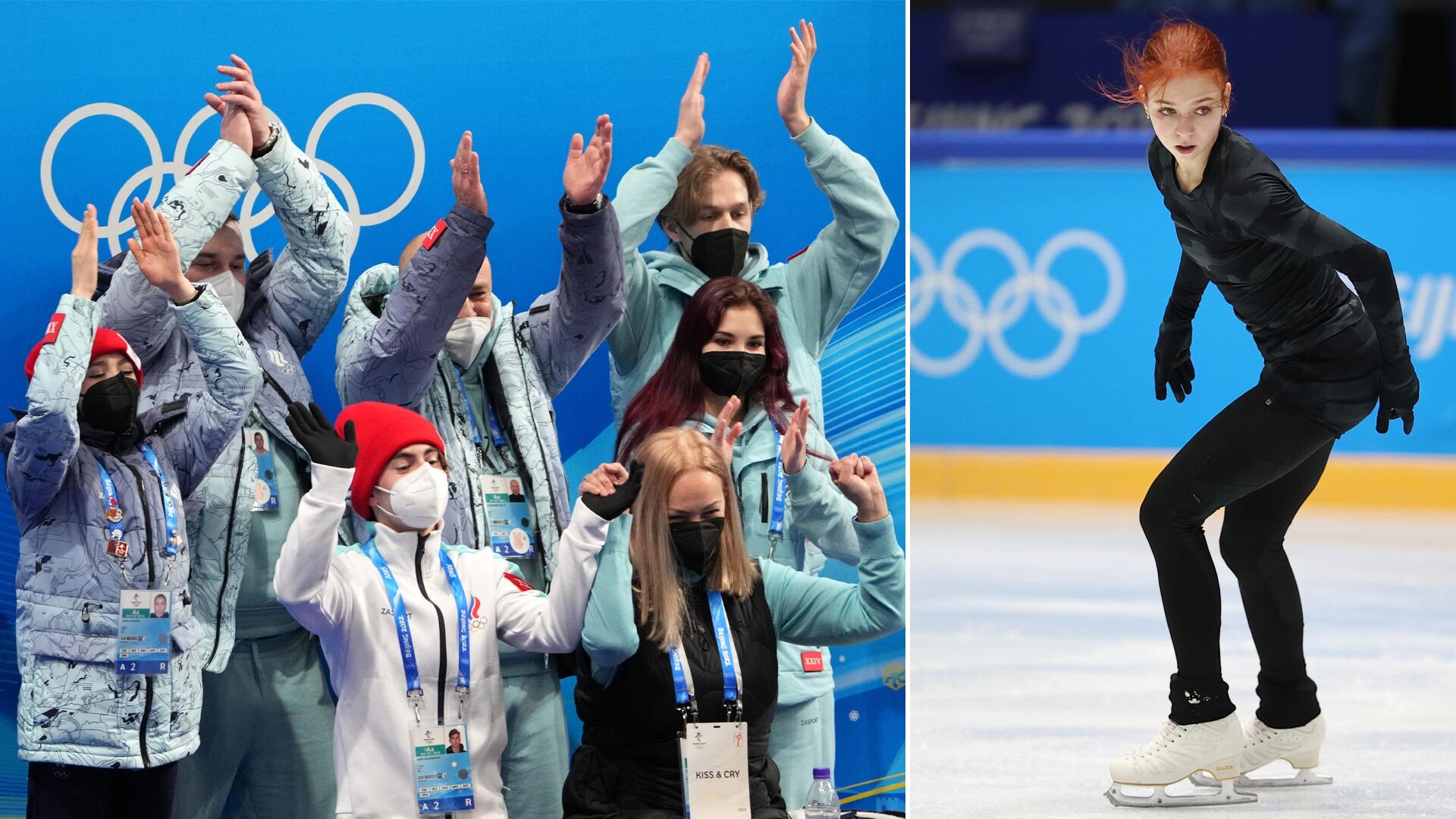 Alexander Wilf / Sputnik; Alexander Mysyakin / Anadolu Agency / Getty Images
Last-minute replacements, petitions to lift the ban on Russian symbols, top medal hopes — we cover all the ins and outs of Team Russia at the Winter Olympics, which take place on February 4–20, 2022, in Beijing.

Following a ban by the World Anti-Doping Agency for doping violations, Russian athletes are barred from competing at the Olympics under their own flag and national anthem until December 16, 2022. So, just like at the 2020 Summer Olympics in Tokyo, Team Russia will compete under the flag of the Russian Olympic Committee (ROC).

And instead of the Russian national anthem, gold medals will be presented to Russian athletes to the sound of Pyotr Tchaikovsky’s Piano Concerto No. 1. 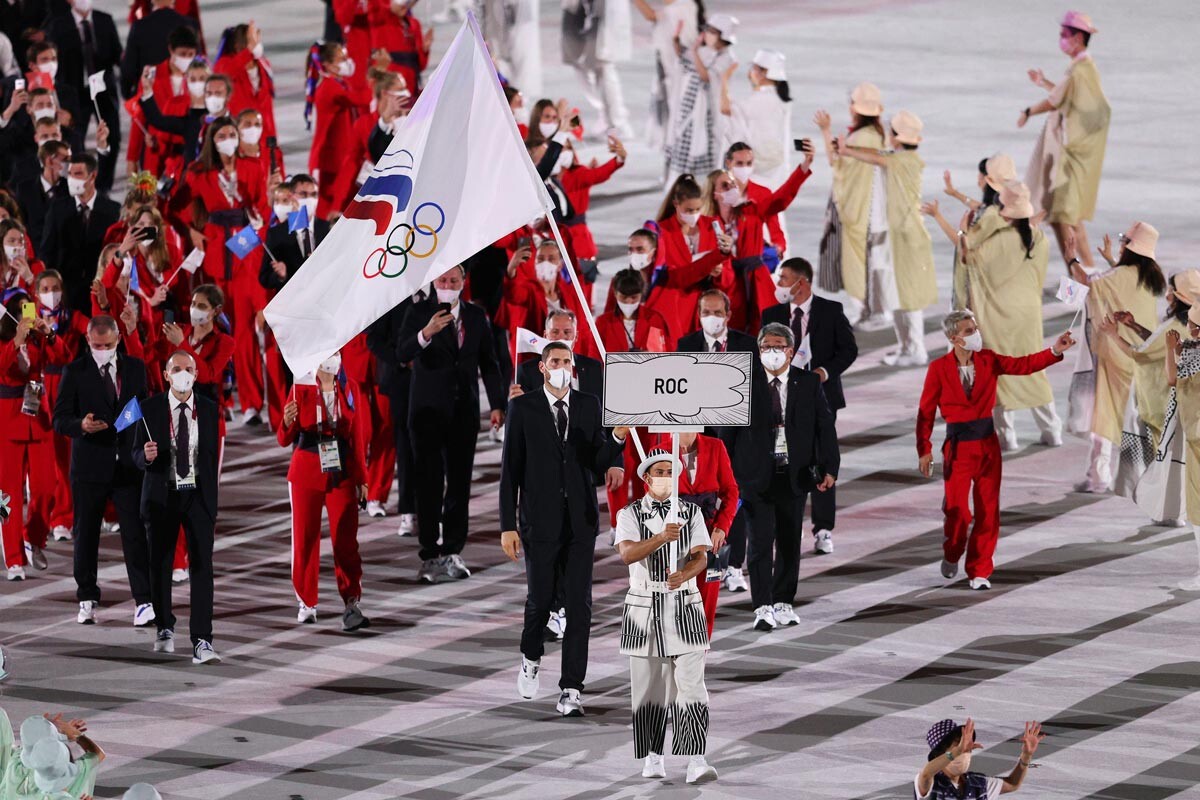 Flag bearers Sofya Velikaya and Maxim Mikhaylov of Team ROC during the Opening Ceremony of the Tokyo 2020 Olympic Games at Olympic Stadium on July 23, 2021 in Tokyo, Japan

In social networks, an action was launched in support of the Olympians under the hashtag #wewillROCyou, while Russia’s DJ Smash released a mashup of Queen's “We Will Rock You” and Tchaikovsky's first symphony.

In turn, Olympic figure-skating champion Alexei Yagudin started a petition to get the ban on the use of Russian symbols lifted. It has been signed by more than 35,000 people. In any case, fans of Team Russia are hoping for good results at this month’s Olympics.

“Here’s to lots of Tchaikovsky at these Games,”  said ROC head Stanislav Pozdnyakov.

Not one, but several, Russian athletes scheduled to compete at the Beijing Olympics recently tested positive for Covid-19.

The first to fall ill, on January 25, was 26-year-old figure skater Mikhail Kolyada, who picked up silver at the 2018 Olympics in the team competition and bronze at the World Championships. He has been replaced by the less experienced 18-year-old Yevgeny Semenenko, who has “only” won bronze at the Skate Canada International and gold at the World Team Trophy and the Russian Junior Championship, all in 2021. 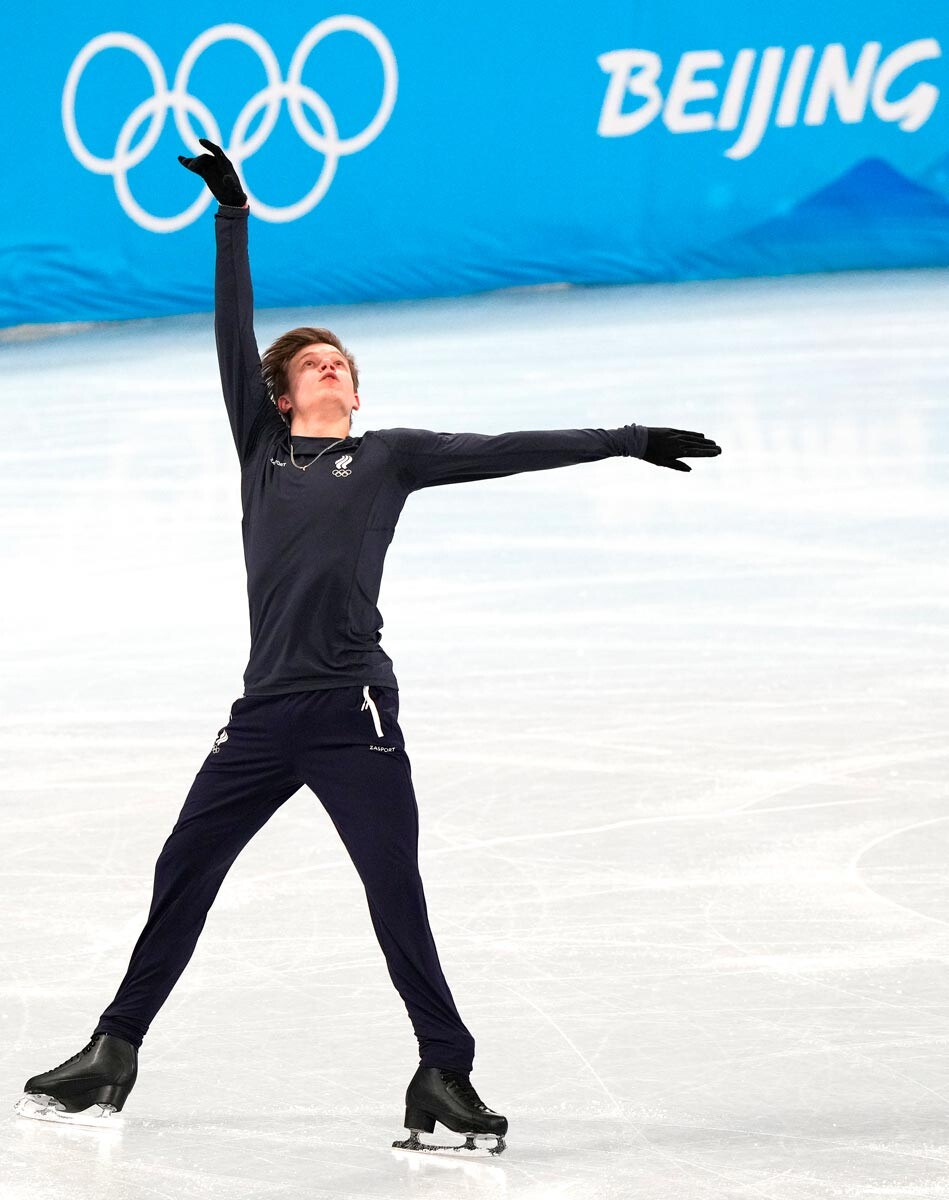 Another notable loss is the silver medalist at the 2018 Games in the skeleton, Nikita Tregubov, and his teammate Vladislav Semenov. They will be replaced by Yevgeny Rukosuev and Daniil Romanov — the latter has never before competed at such a high level, yet the team is still confident of success. 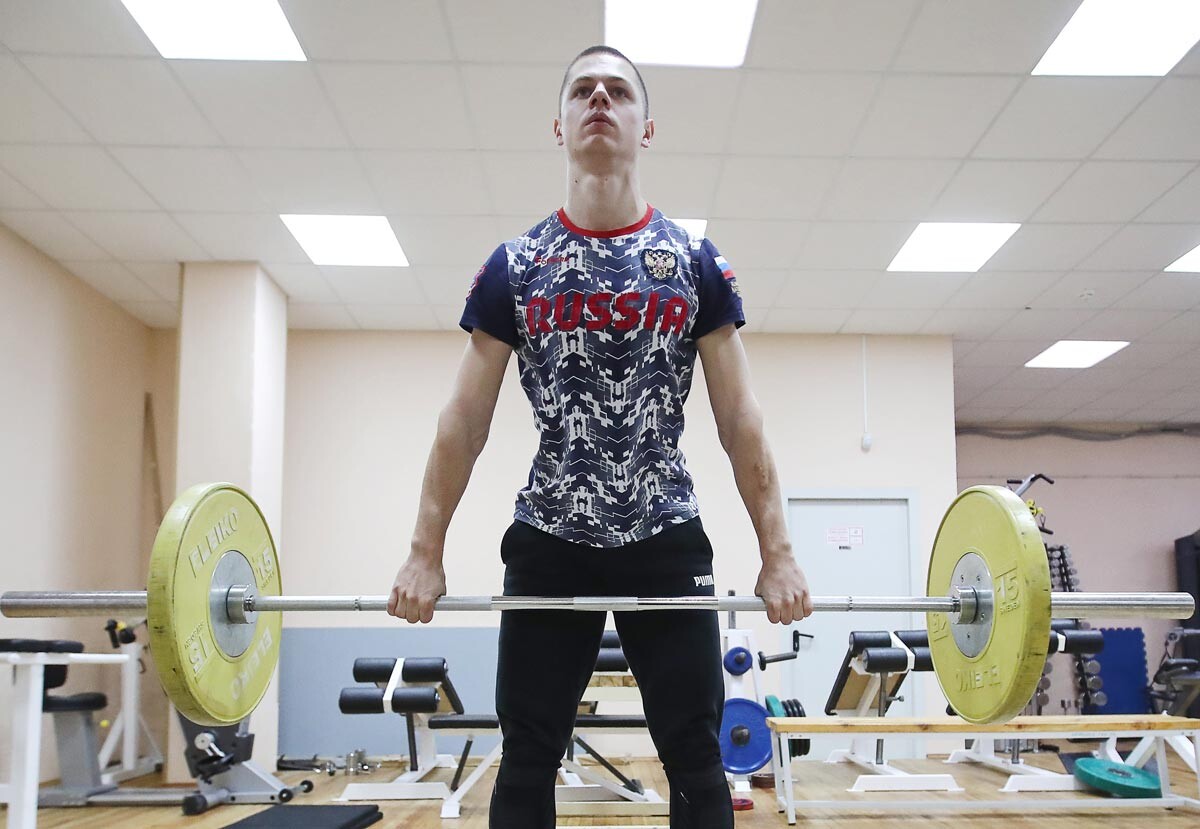 Daniil Romanov during training at the Luge Center at the Rosa Khutor ski resort. The Russian skeleton team is preparing for international competitions and the Winter Olympics to be held in Beijing from February 4 to 20, 2022

Biathlete Eduard Latypov also tested positive, but, fortunately, recovered in time to fly to Beijing. Before quarantine, he was first overall in the World Cup standings. He has since slipped to 13th place, but the Russian men’s team coach, Yuri Kaminsky, assures that Latypov is back to near full fitness and is ready for the Olympics. 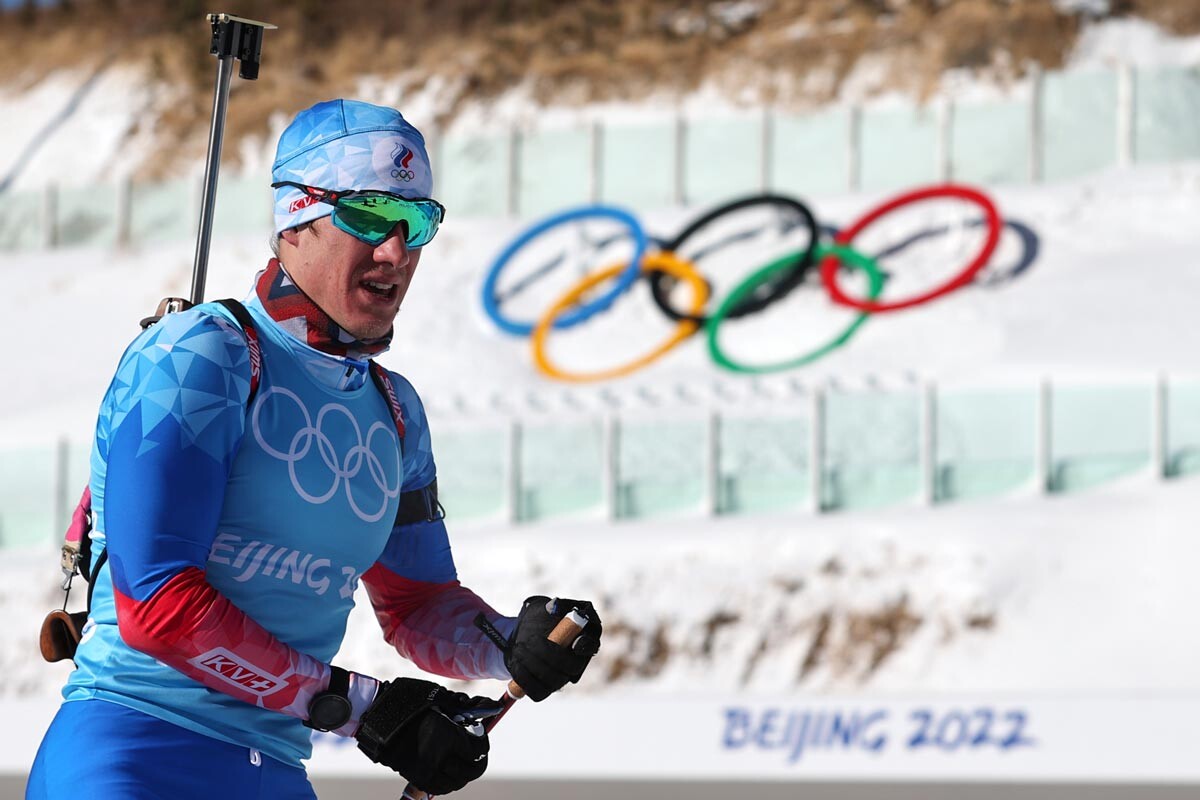 Last, but not least, batlonist Valeria Vasnetsova, World Universiade winner and two-time world junior champion, also went down with the virus. She has been moved to a special quarantine hotel and could be replaced by two-time European and 2015 Winter Universiade champion Yevgenia Burtasova. Vasnetsova herself is devastated. 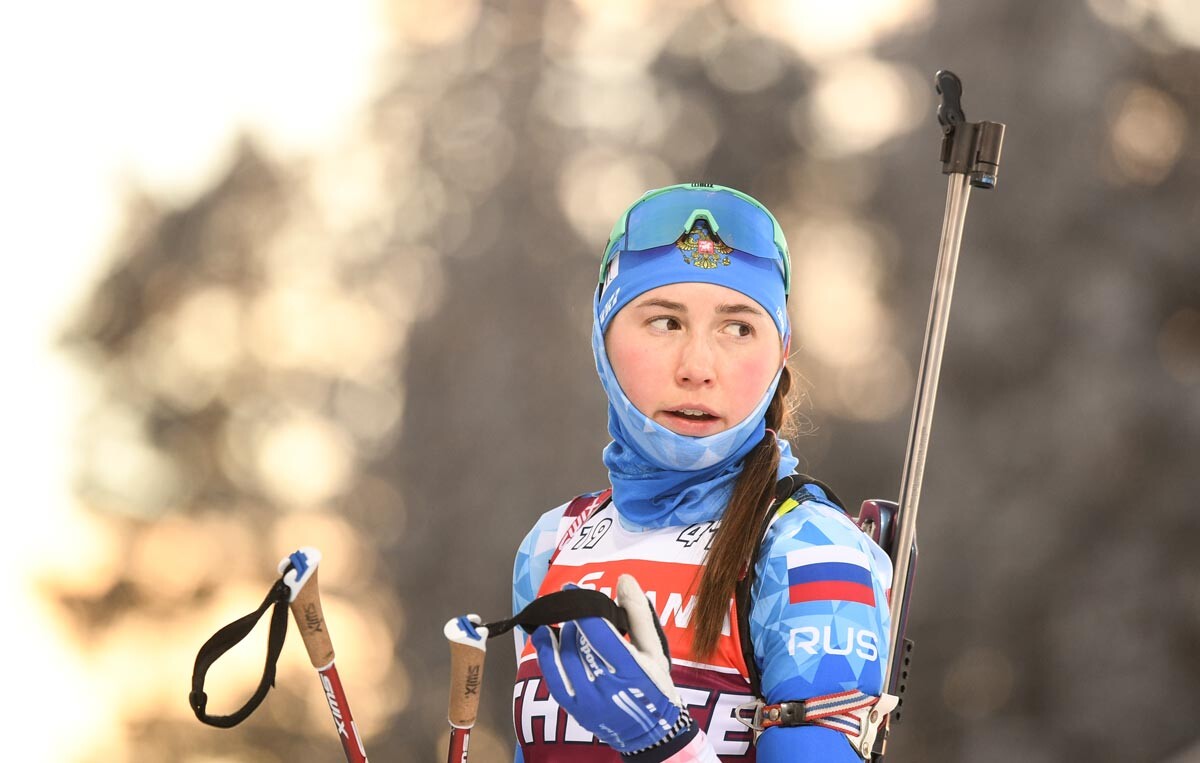 Valeria Vasnetsova of Russia at a training session before the second round of the Biathlon World Cup 2021/22 season in Estersund, Sweden

“Unfortunately, my Olympic dream remains just that <...> Maybe one day I will find the strength to raise myself again, but that will be a completely different story,” the athlete wrote on Instagram.

Russia is eyeing at least 30 medals and third place in the team standings, says Pozdnyakov. The same forecasts are made by U.S. data agency Gracenote.

Russia has a great chance of medals in figure skating: in particular, the women’s singles, where Kamila Valieva, Alexandra Trusova and Anna Shcherbakova will go head to head (read more about them here). 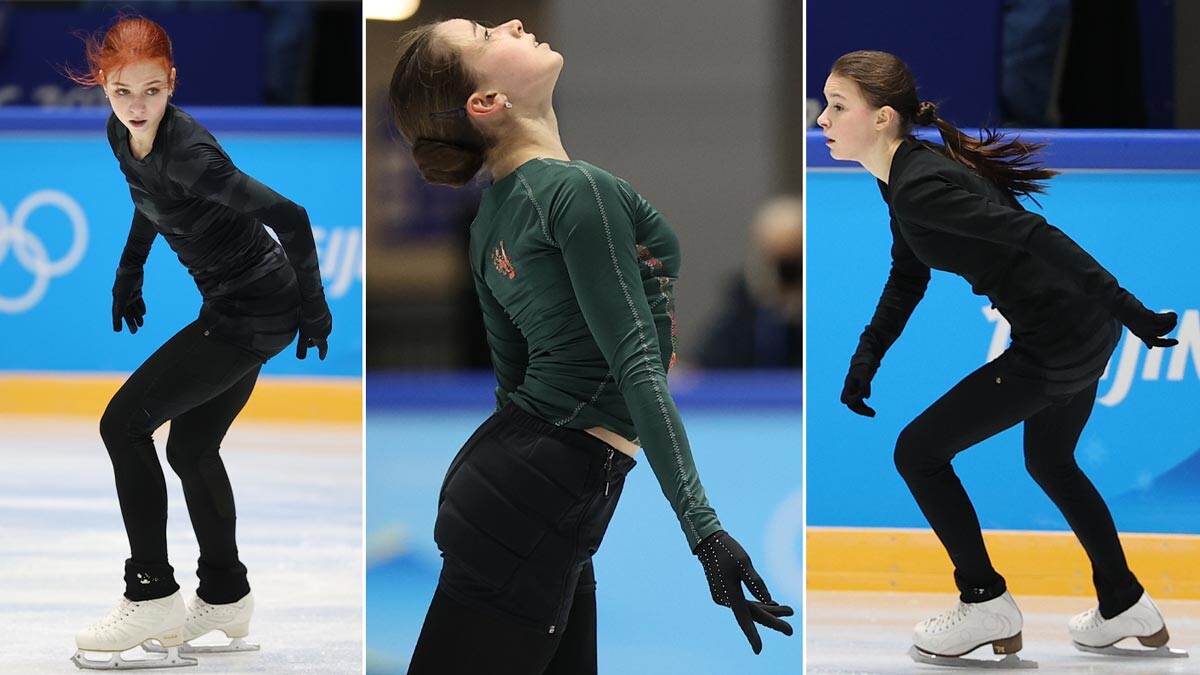 The figure-skating mixed pair Anastasia Mishina and Alexander Gallyamov, the 2021 world champions, also have a claim on the gold medal. 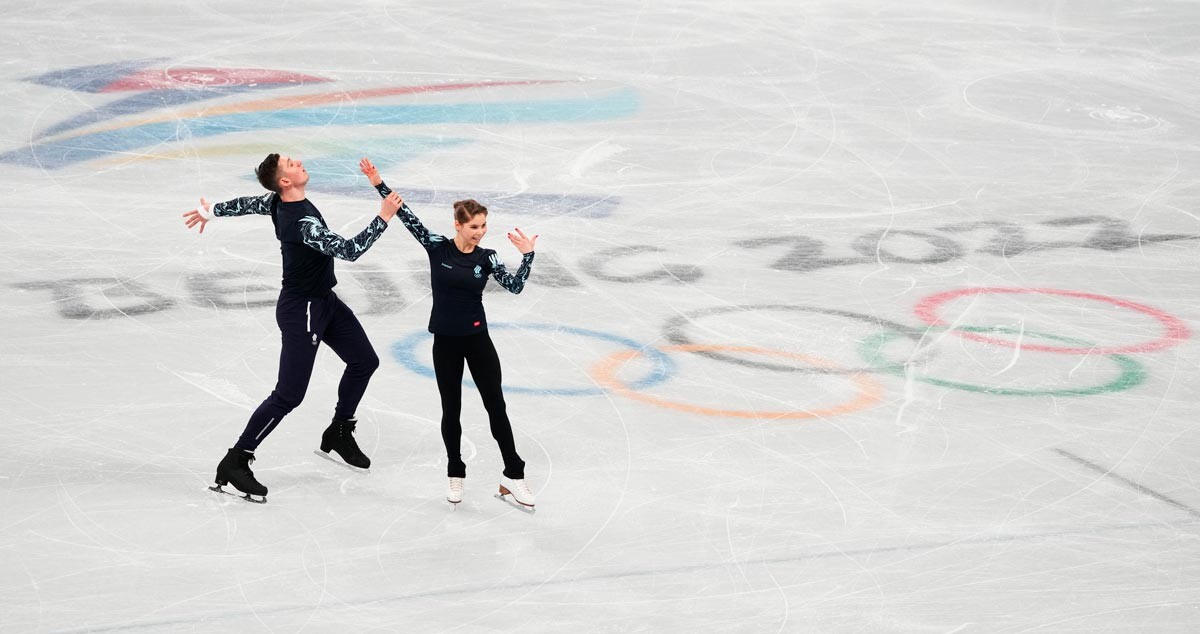 Good results are also expected from the Russian hockey team. President of the International Ice Hockey Federation (IIHF) Luc Tardif stated that if the players can avoid contracting coronavirus, Russia will start as one of the favorites.

There are high hopes for skier Alexander Bolshunov, the 2021 skiathlon world champion and a four-time medalist at the 2018 Olympic Games. He is expected to pick up several medals. 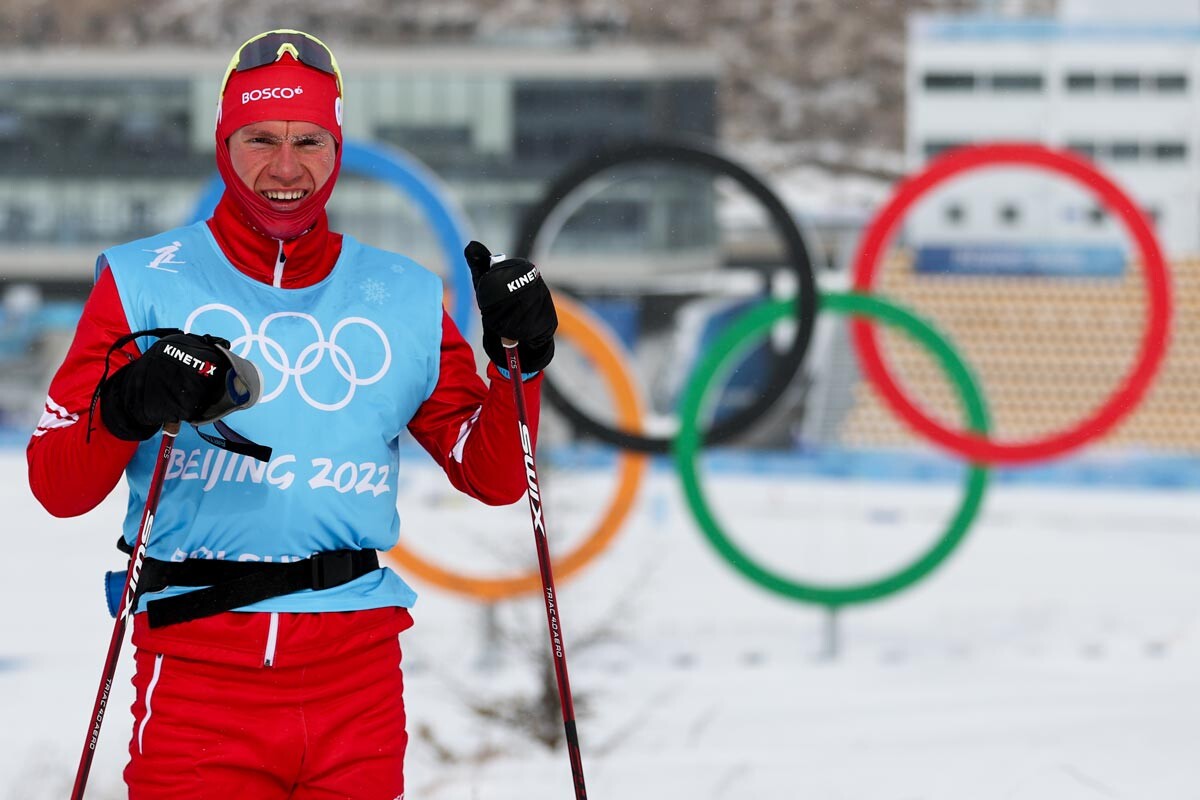 In the men’s freestyle skiing, all eyes will be on the season’s leader, three-time world champion Maxim Burov. 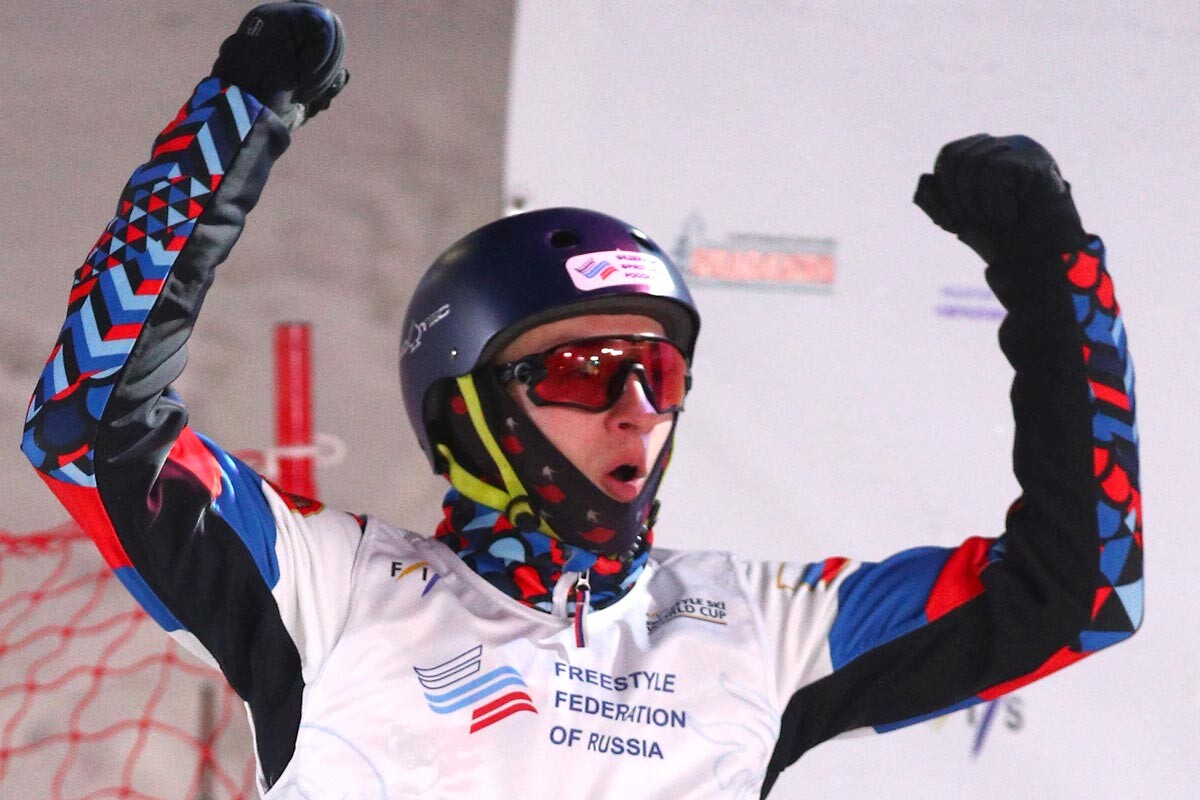 And in the women’s parallel giant snowboarding slalom, Sofia Nadyrshina, the youngest ever World Cup winner (at the age of just 17), is predicted to take home the spoils. She collected six medals out of six at the World Junior Championships and won the 2021 World Championships, this time for adults. Russian media are already calling her “our great snowboarding hope” at the coming Olympics. 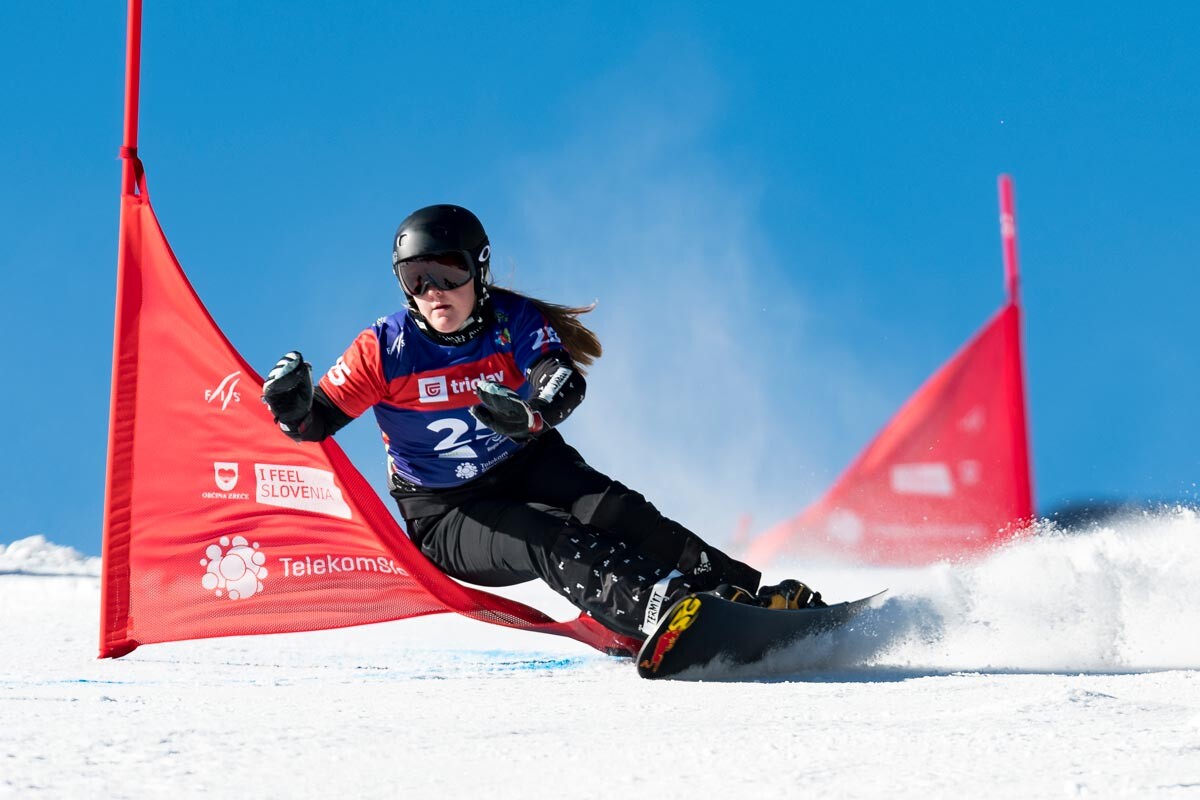 Sofia Nadyrshina of Russia during the Women's Parallel Slalom qualification at the FIS Snowboard Alpine World Championships on March 2, 2021 in Rogla, Slovenia