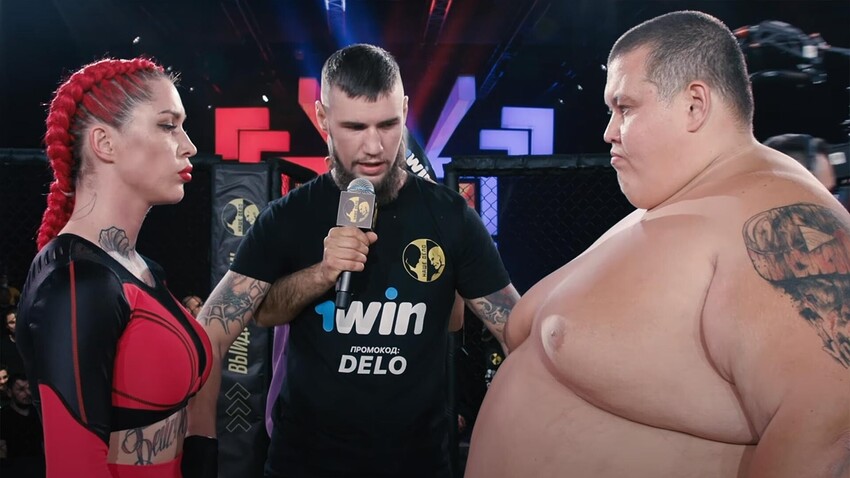 Наше Дело
How freak fights turned into a YouTube sensation in Russia.

In the last three years, Russian combat sports was revolutionized with the emergence of the POP-MMA leagues.

To put it simply, these are MMA fights in a cage among amateur and novice fighters. Sometimes, these fighters have no sporting background at all - no boxing, no wrestling, etc. They just enter a cage to entertain their viewers and followers on Instagram.

Rules in these clashes differ from fight to fight - from bare-knuckle brawls to classic boxing and MMA fighting. Promoters sometimes don’t bother themselves with weight classes and organize fights between different weight categories (such as fights between 50-kg and 150-kg fighters. And even pitch men against women.

All these videos are posted on social media - on YouTube, Instagram, Rutube, etc. All these fights are accompanied by trash talk and brawls outside the cage. And all for our entertainment.

Russia wasn’t the first to turn professional MMA fights into a WWE-style show. The first such fights were conceived in the late 1990s - early 2000s by Japanese promoter ‘Pride’.

It was famous for pitching giants and MMA-freaks with its top fighters. For example, a clash between Russian ‘Last Emperor’ Fedor Emelianenko and South Korean fighter Hong-man Choi.

This was a fight between a “man with a belly” (who later actually turned into one of the biggest MMA stars of all time) against a 175-kg giant. You can see the outcome of this crazy matchup in the video below.

The Notorious Conor McGregor also had a serious influence on the rise of POP-MMA promoters with his famous trash talks (that had previously nothing to do with combat sports) that attracted millions of people around the world.

All of this paved the way for smaller fighting promoters to transform their business from a standard professional sport to accommodate the newly emerging POP-MMA genre.

So, what are the most enjoyable Russian promoters you should check out right after reading this article?

The organizers of these tournaments only invite bloggers, actors and TV personalities to participate. Most of these people can’t fight at all, but that is not needed - the goal is pure entertainment.

This promoter, on the other hand, turned from organizing freak fights into the No. 1 professional bare-knuckle championship in Russia.

The organizers also attract audiences to its events through McGregor-style trash talks and small brawls during press conferences, but among top-class athletes, who then solve their matters inside a ring or a cage.

The project was so successful that, in mid-February 2022, it was able to offer a contract to UFC Champion Francis Ngannou, who is considering leaving his previous employers.

This promoter pitches Russia’s top professional fighters with top POP-MMA fighters. It managed to turn a serious classic sport into a colorful and exciting event.

In reality, famous POP-MMA fighters rarely manage to outclass the country’s top athletes, but, again, the main goal is the entertainment value.