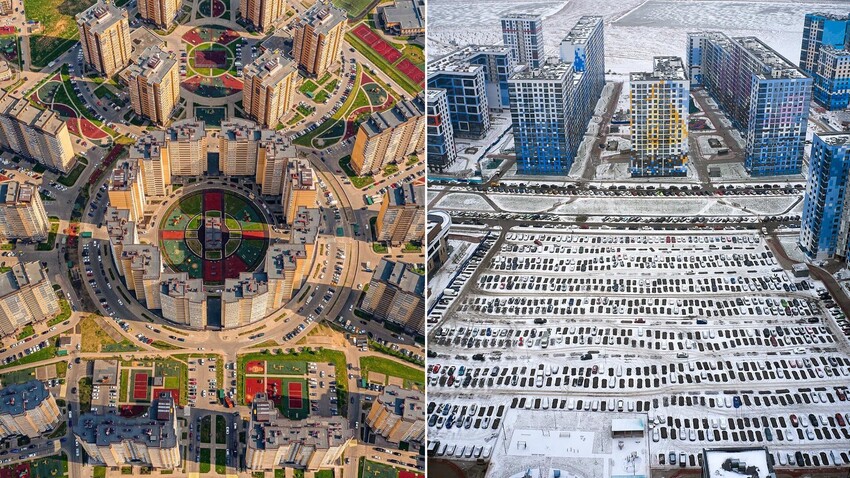 @makrich69, @aero_danik
Today, there are ones with mega-playgrounds, those with matryoshka dolls and many others - all a far cry from the Soviet days. We took a closer look at what courtyards Russian windows open onto in new-style apartment complexes.

When we talk of the kinds of homes that most people in Russia live in, we quickly pick up on one very pronounced tendency: the abundance of multi-story apartment blocks in residential districts. And, if earlier, the majority of the country had lived in Soviet five-story houses - also known as Khruschevkas, then today, many opt for more modern and densely populated multi-apartment buildings and complexes. They often get nicknamed chelovechniki - sort of a cross between an ant colony and the word chelovek - “human” - and they are by far the more common sight in Russia than separate houses (more on those here).

Recently, it became trendy for Russians to show off their courtyards on Twitter. As you can see below, they vary wildly between each other.

The town is located 18 kilometers outside Moscow. This courtyard stands on the shore of the Klyazma River. 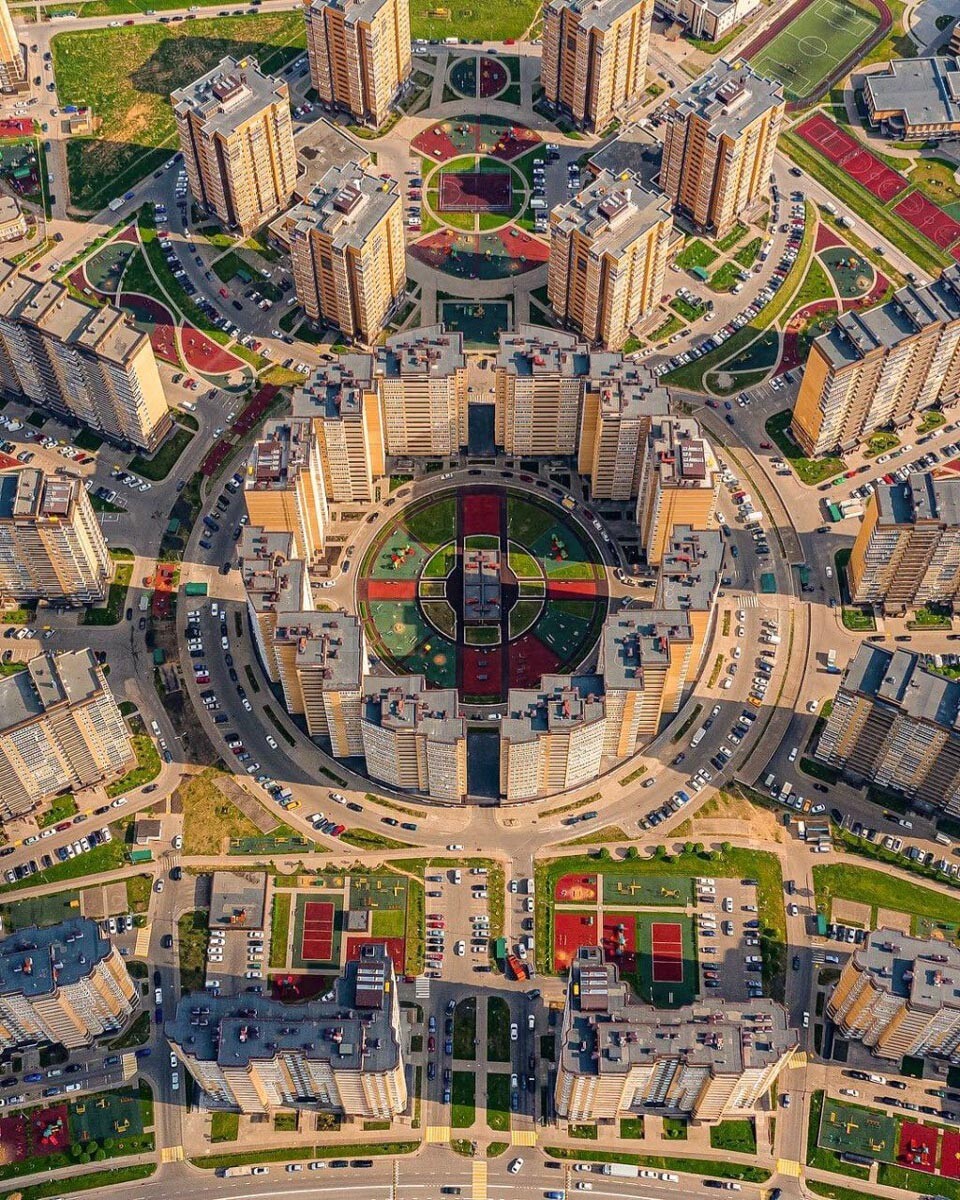 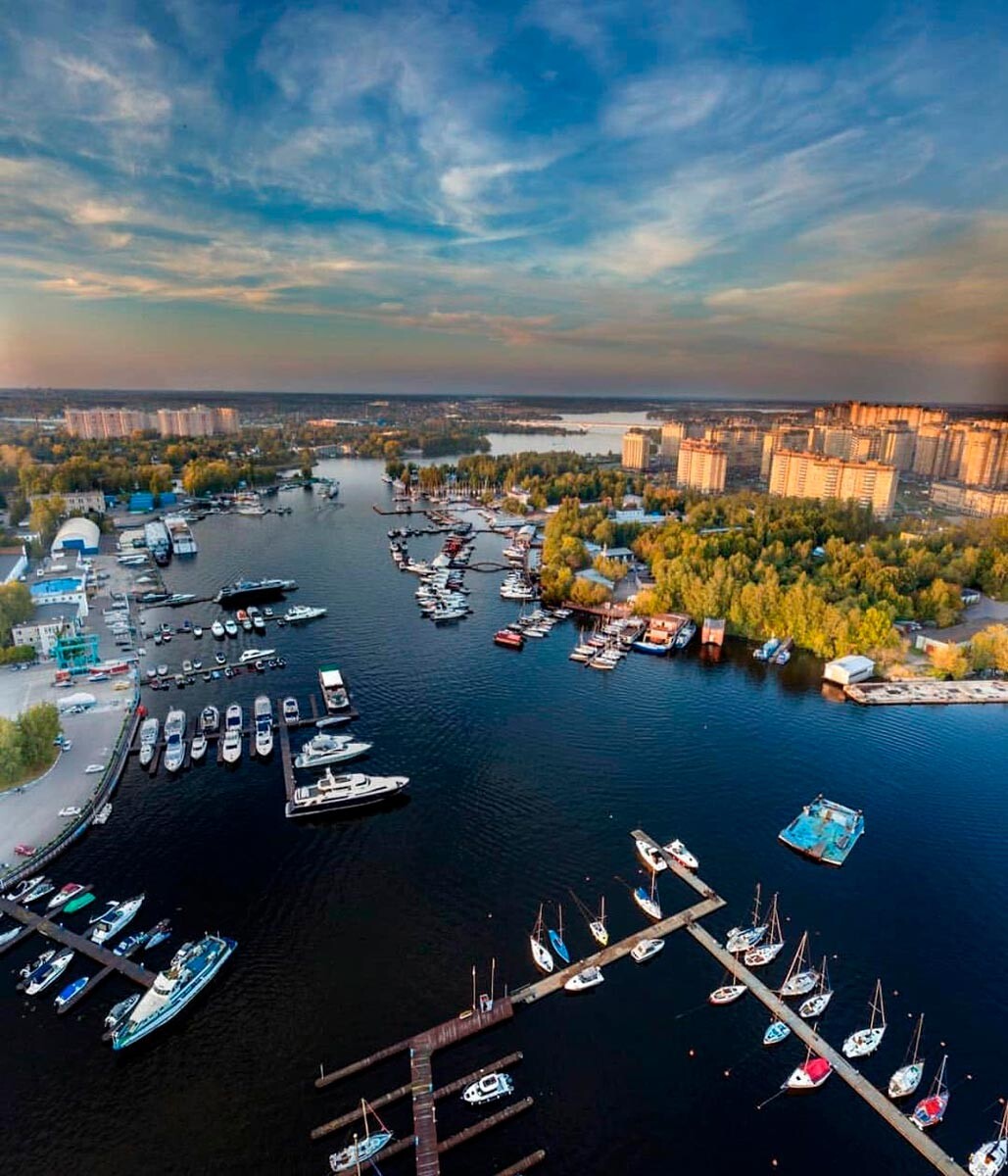 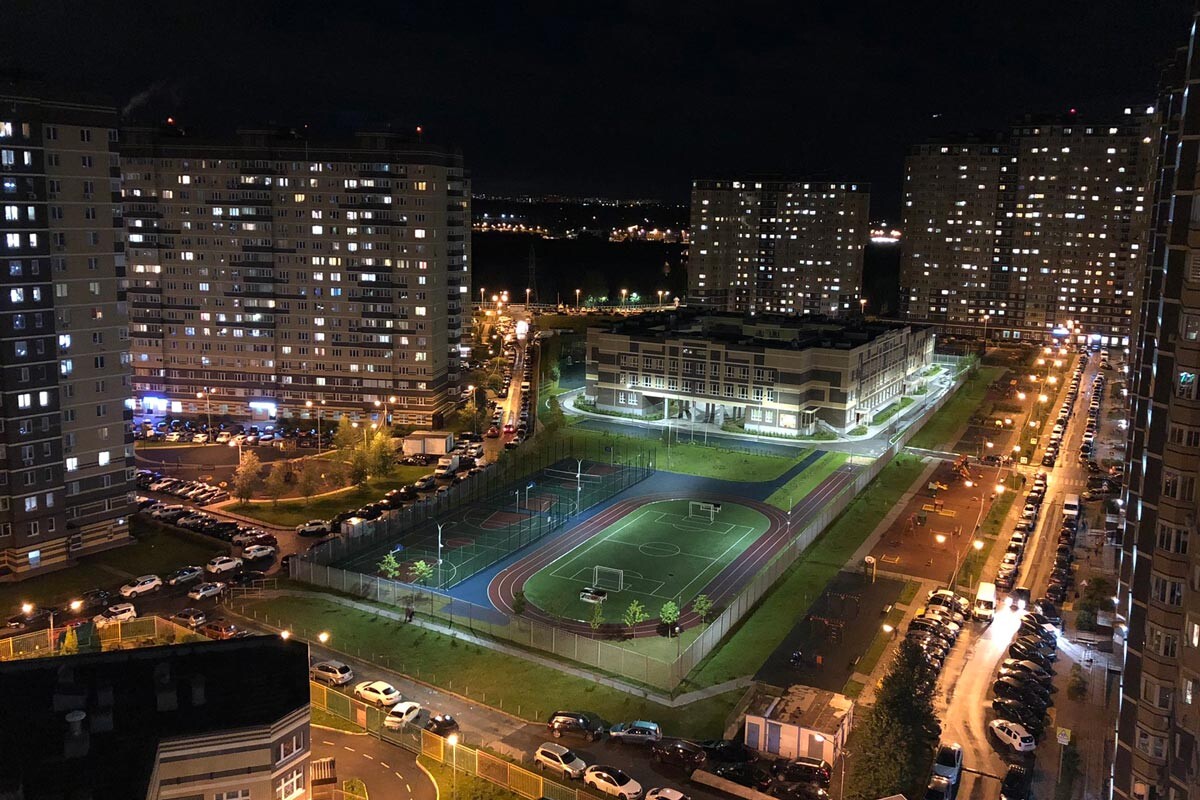 Yulia Ivakina, a resident of a building with matryoshkas (Russian nesting dolls) depicted on the outside, says that every building is equipped with CCTV monitored parking, which anyone can connect to using a convenient app. There are cameras in entrances and inside elevators, as well.

A courtyard in Surgut

This resort city on the Black Sea coast contains apartment blocks just 500 meters from the beach. This is the courtyard of one. 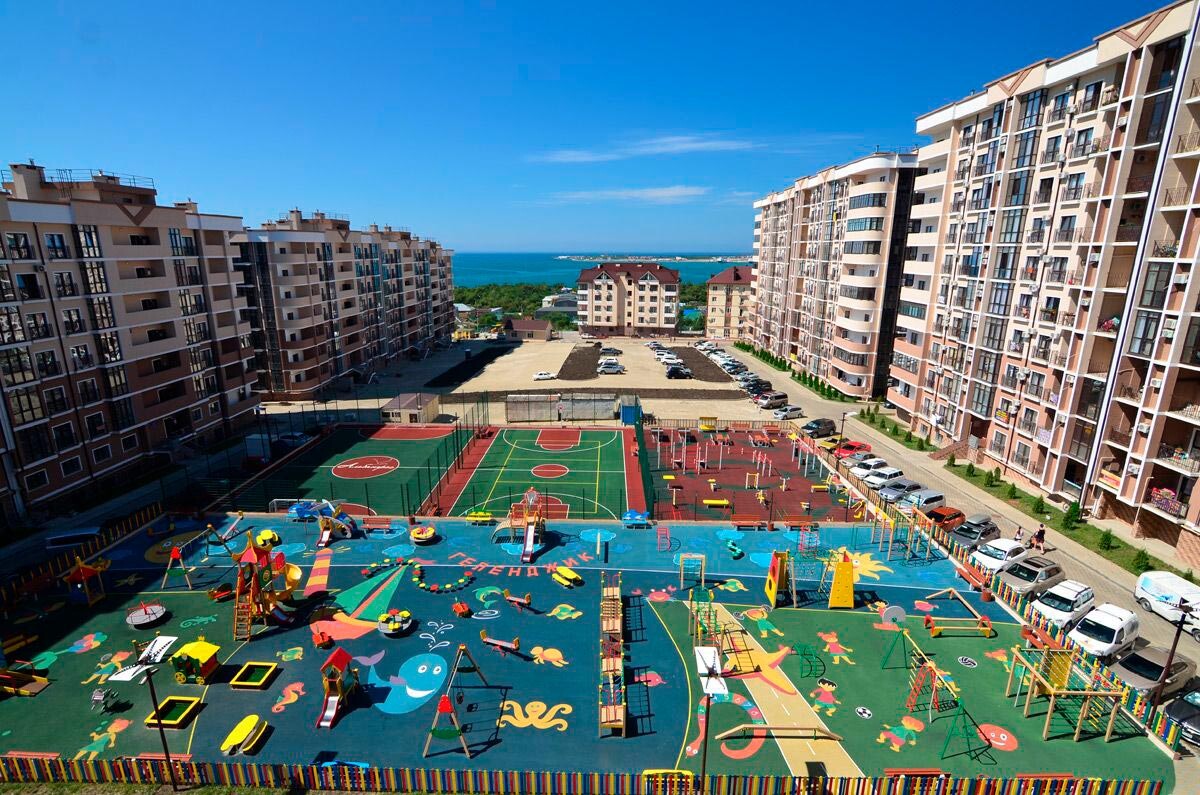 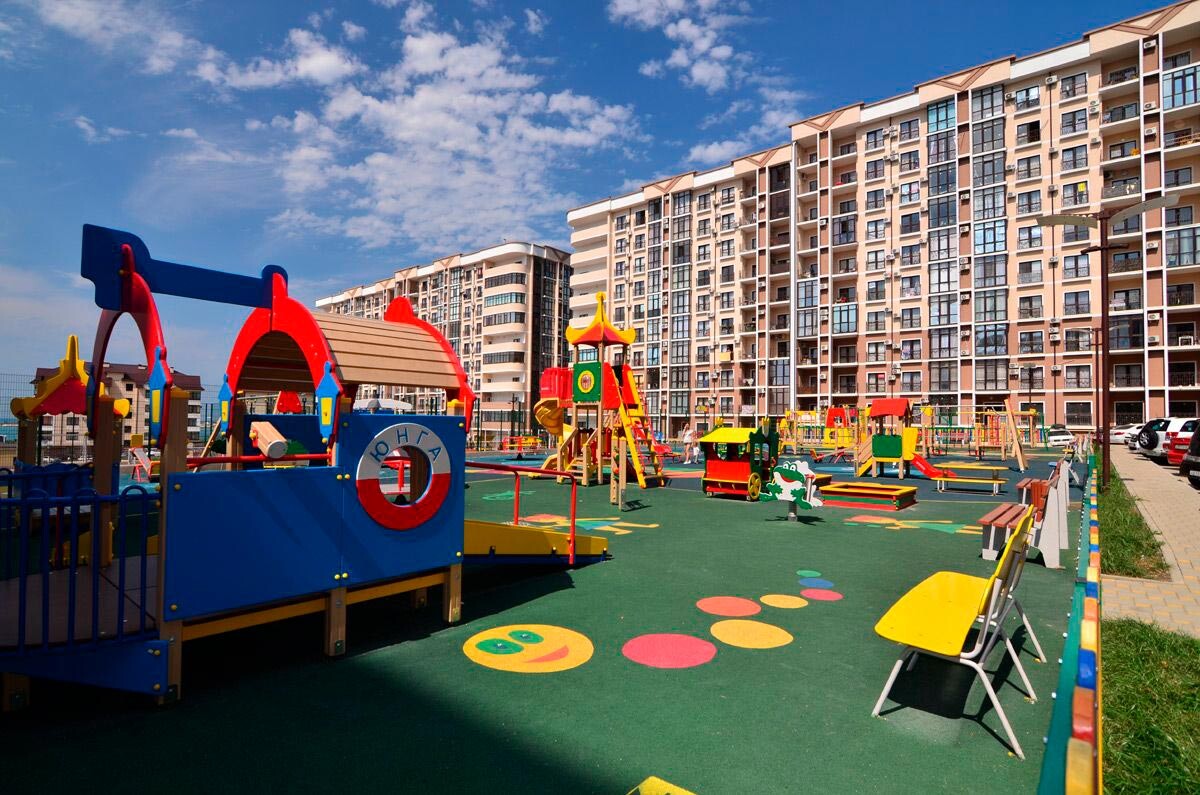 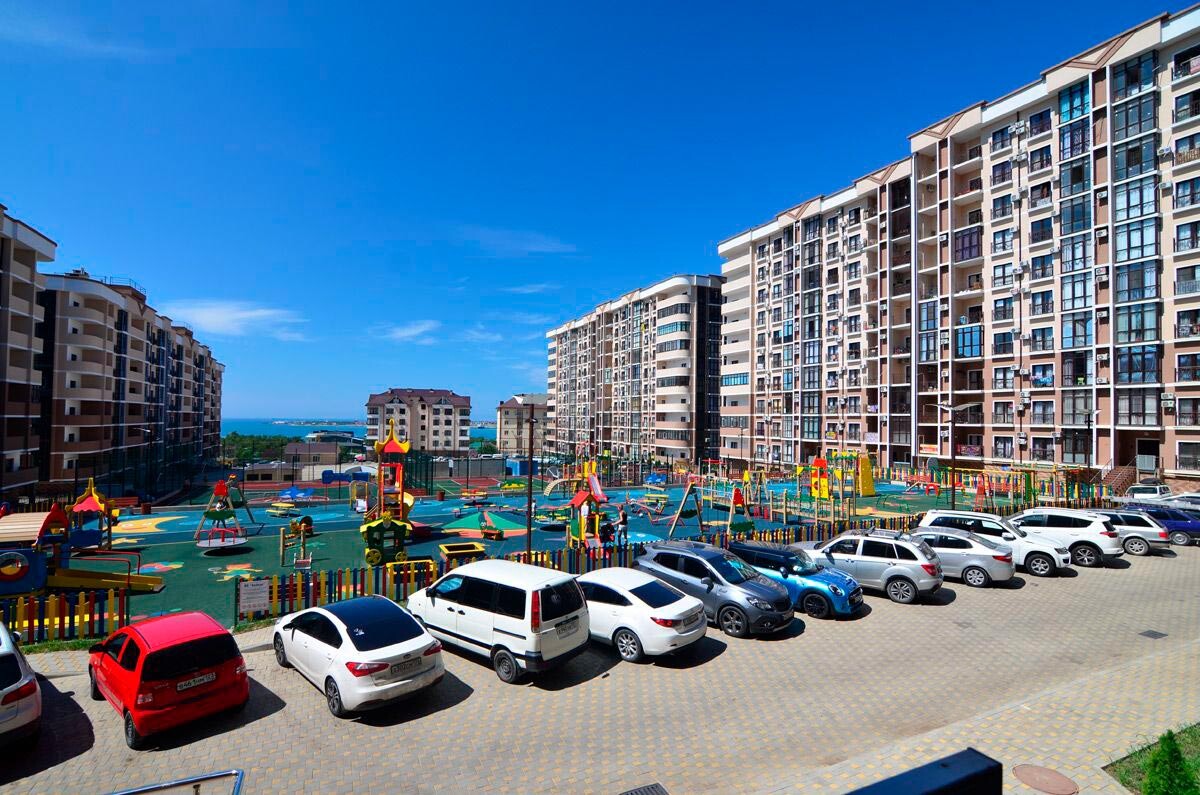 This multi-apartment building in St. Petersburg’s suburb of Kurkovo shocks with its size. The complex houses some 9,200 people, but, as it turns out, it’s not an altogether terrible place to live. 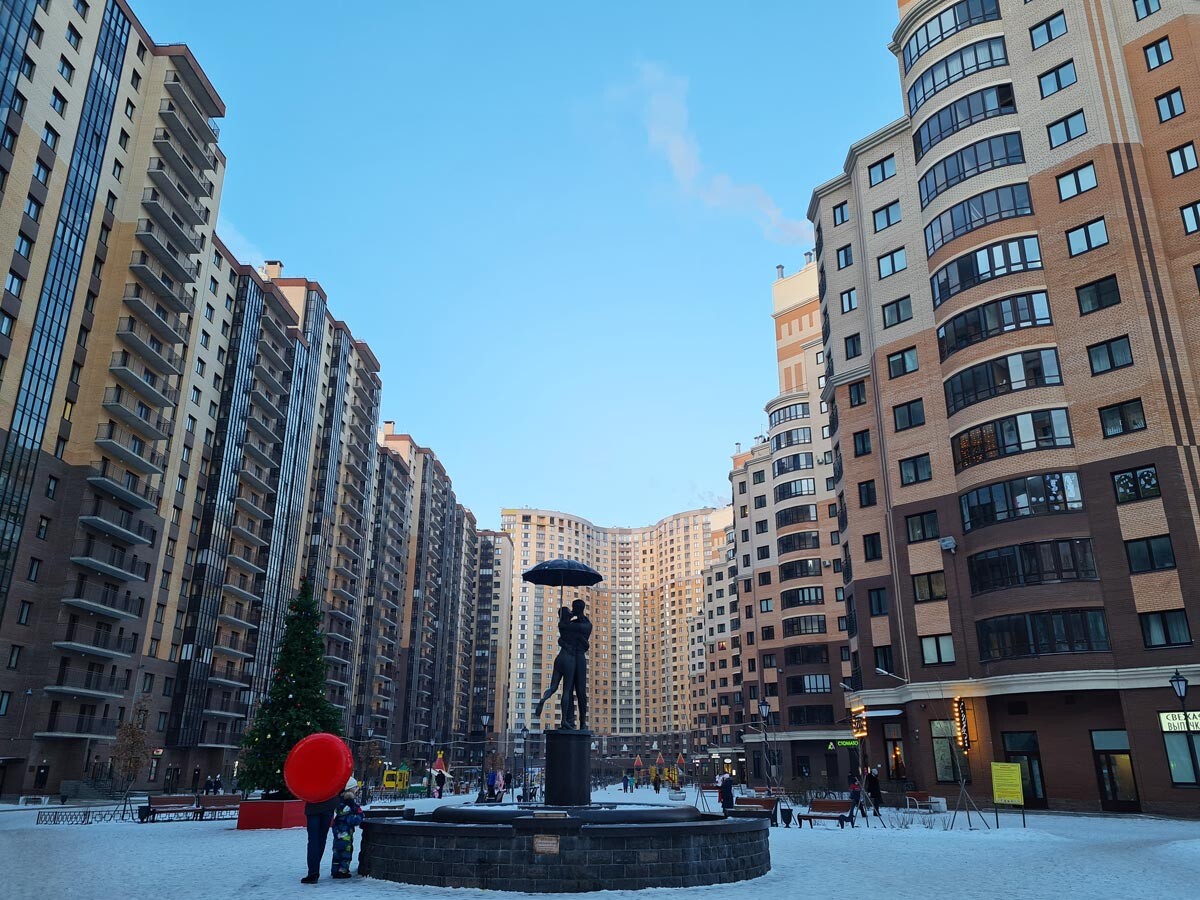 The complex’s residents confess that it doesn’t sport the prettiest of courtyards in the way of “romance”, although the location of the newly-built complex is indeed impressive: the buildings stand right on the shore of the Gulf of Finland, in an artificially constructed land plot. 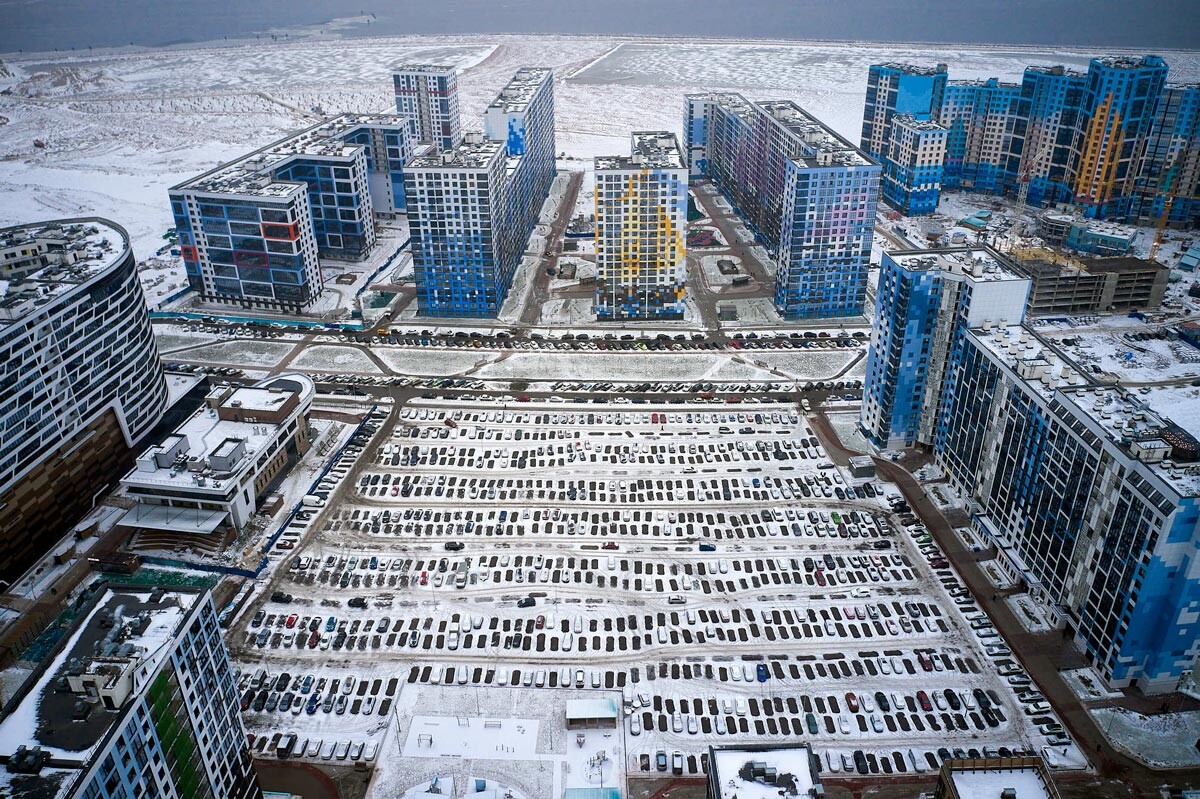 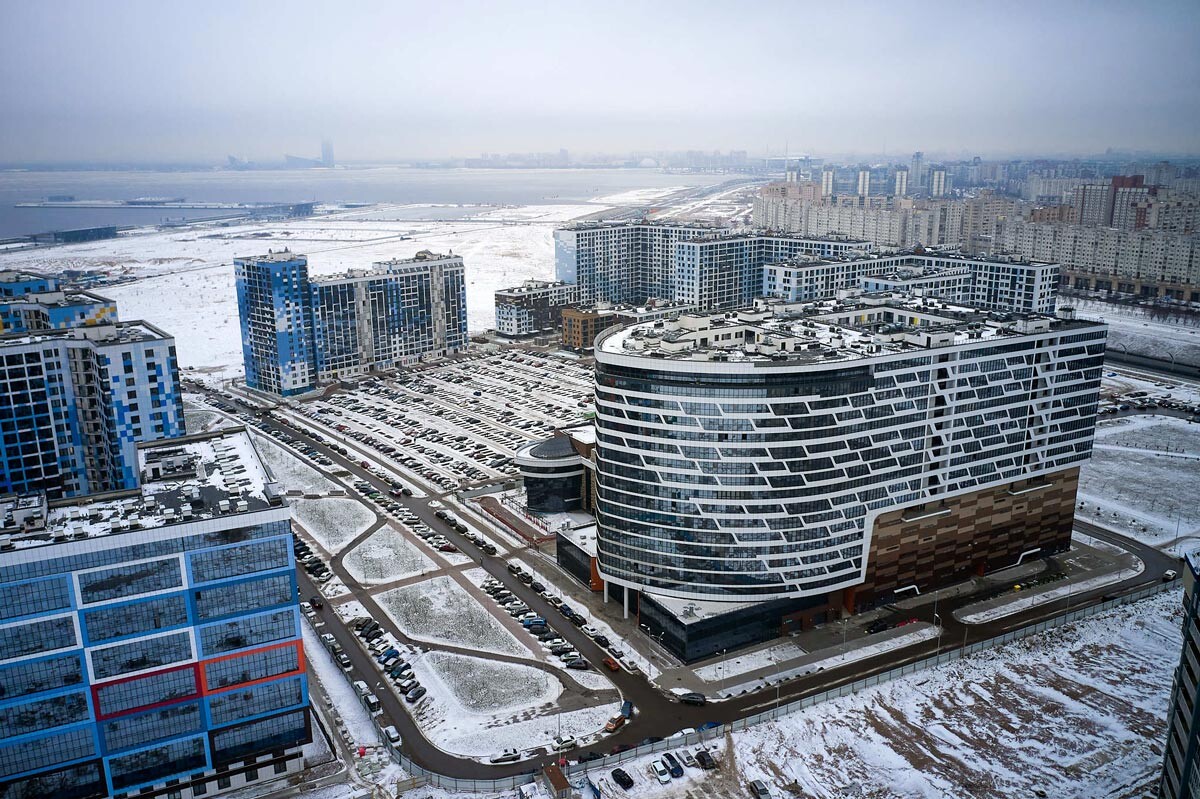 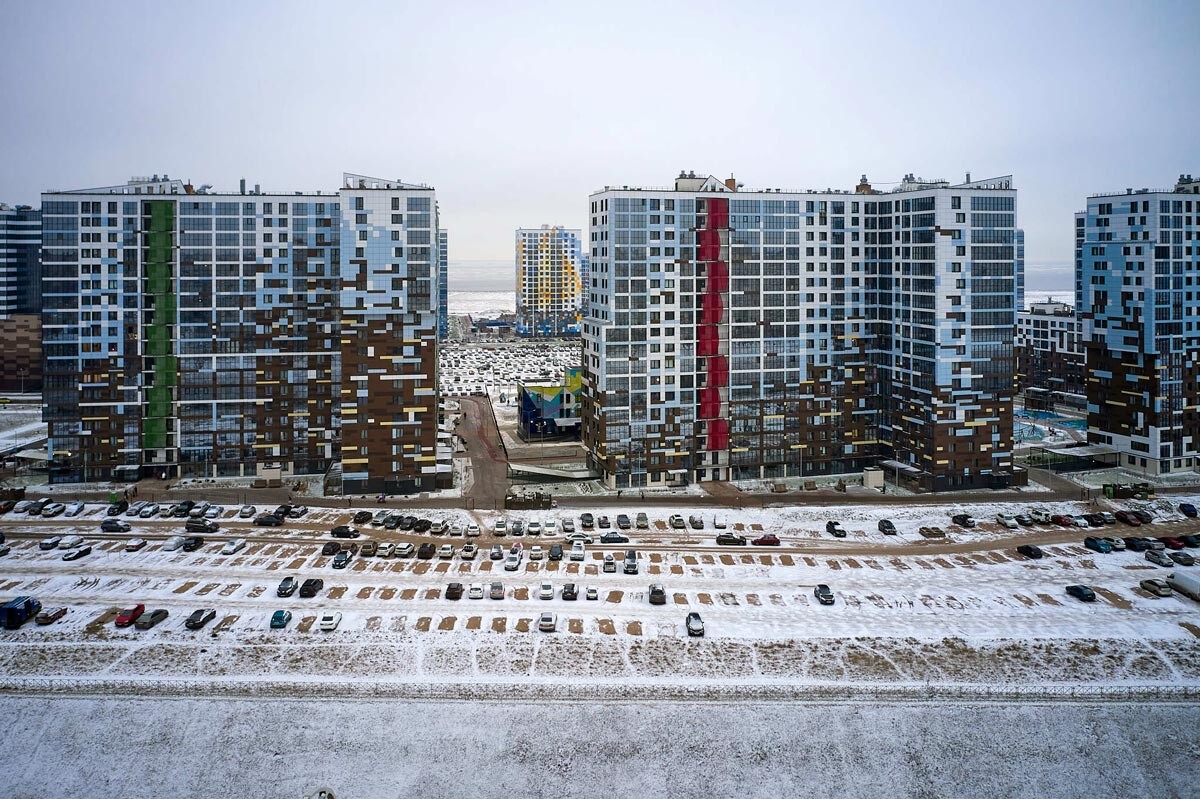 This children’s mega-playground has already become a meme. It’s enormous enough to be controlled by rival gangs, people joke. The courtyard was built to accommodate three 17-story building quarters. 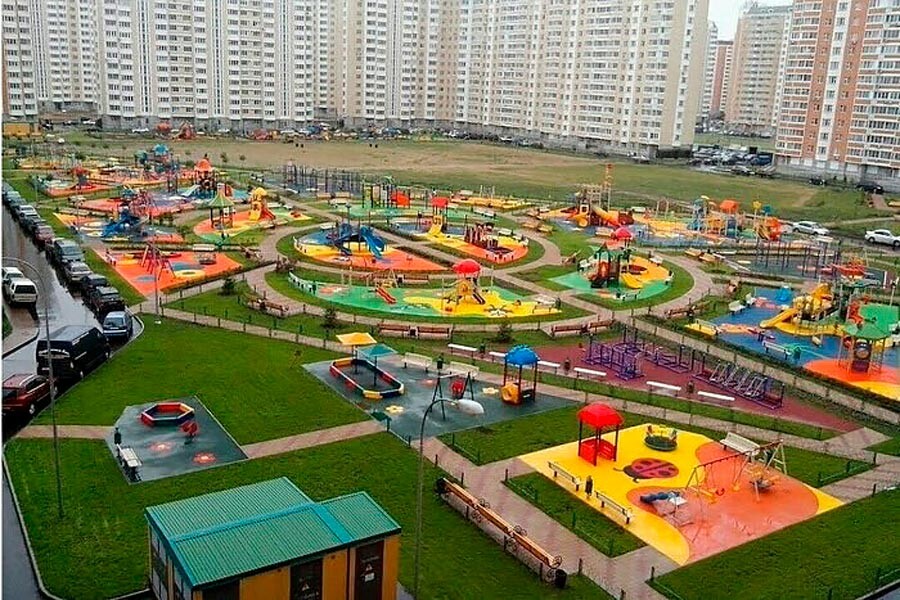 A courtyard in Khabarovsk

A courtyard in Barnaul

Siberia, with its long and rough winters, the penchant for bright colored houses and infrastructure is quite widespread.