Why is Moscow called ‘the port of five seas’? 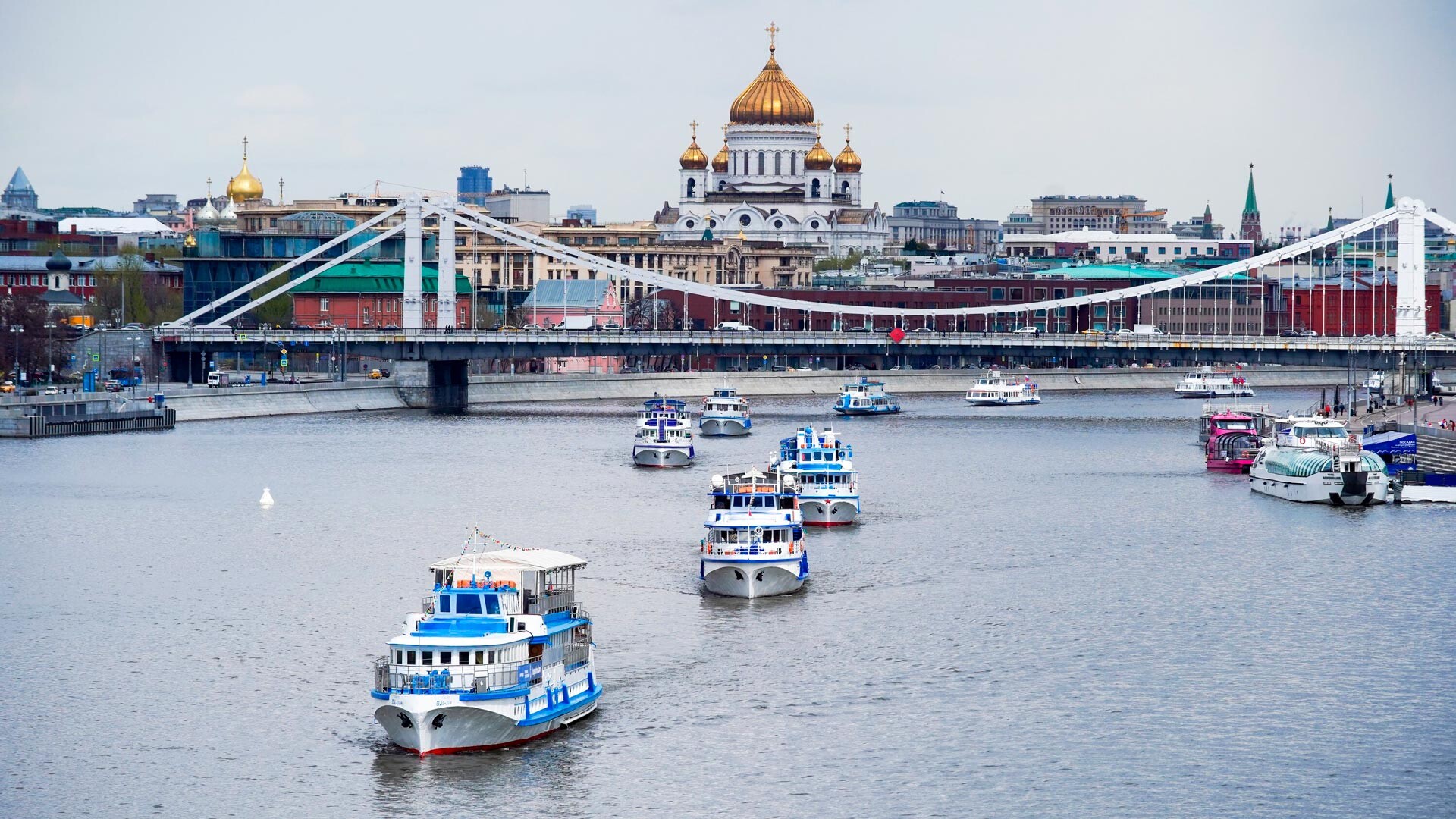 Alexander Avilov / Moskva Agency
Situated at least several hundred kilometers from the nearest sea, Moscow is nevertheless considered to be a sea port. How on earth is that possible?

Moscow has many nicknames: ‘A City on Seven Hills’; ‘The Third Rome’; ‘White-Stoned’; and most surprisingly, ‘The Port of the Five Seas’. Geography, however, won’t help in explaining how this is possible. If you look on a map, you’ll see that Moscow’s location is not even close to any sea. The nearest is the Gulf of Finland (which flows into the Baltic Sea) and where St. Petersburg is located. But that’s about 600 kilometers from Moscow.

How did this nickname originate?

As usual the answer lies in history, though not so distant in the past. The first to call Moscow ‘a port of five seas’ was Joseph Stalin, and the matter was connected with the country’s rapid industrialisation. 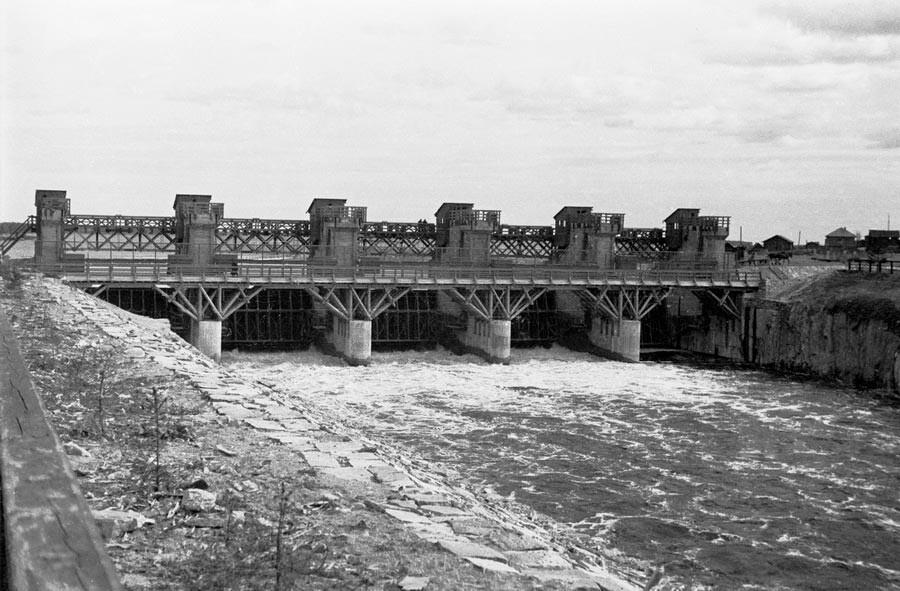 Huge ‘communist constructions’ were arranged throughout the Soviet Union. The most ambitious were canals. The most infamous project was the White Sea-Baltic Canal built by prisoners in record time, costing the lives of thousands of prisoners. 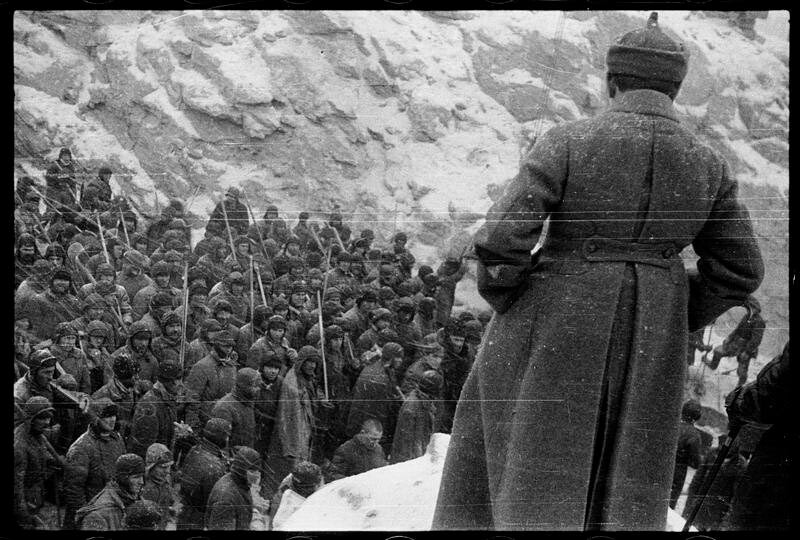 Prisoners on the construction of the White Sea-Baltic Canal

At the same time, Stalin arranged a huge plan for rebuilding Moscow. The city had to be modernized to be a suitable and impressive capital for the new ambitious and progressive Soviet nation. Moscow in the late 1920s, however, still looked quite provincial. For several centuries during the Imperial era it had become a second-rate city, since most development and progress was focused in the Tsar’s capital St. Petersburg.

Stalin began construction on a metro system, built new thoroughfares and highways, and even made the streets broader (in some cases even the buildings were moved!). Without any hesitation Stalin ordered to get rid of anything that could interrupt a new highway or prospect. 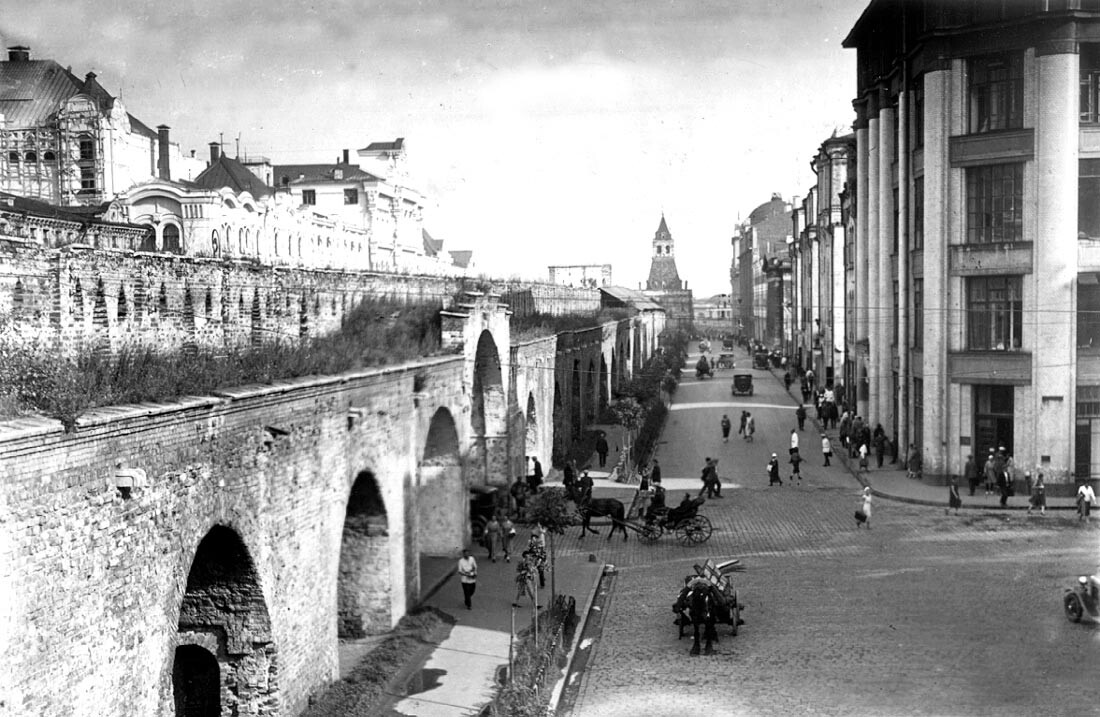 Many structures connected to the old regime were demolished, including dozens of old churches and monasteries, as well as the Kitay-Gorod Wall, a 16th century fortification in the city center, just one kilometer from the Kremlin.

To supply a rapidly developing Moscow with a large amount of drinking and industrial water, and to make it accessible to shipping, Stalin ordered the building of a canal that connected the relatively small Moskva River with the Volga River. (Peter the Great first thought of this ambitious idea back in the 18th century, but never realized it). 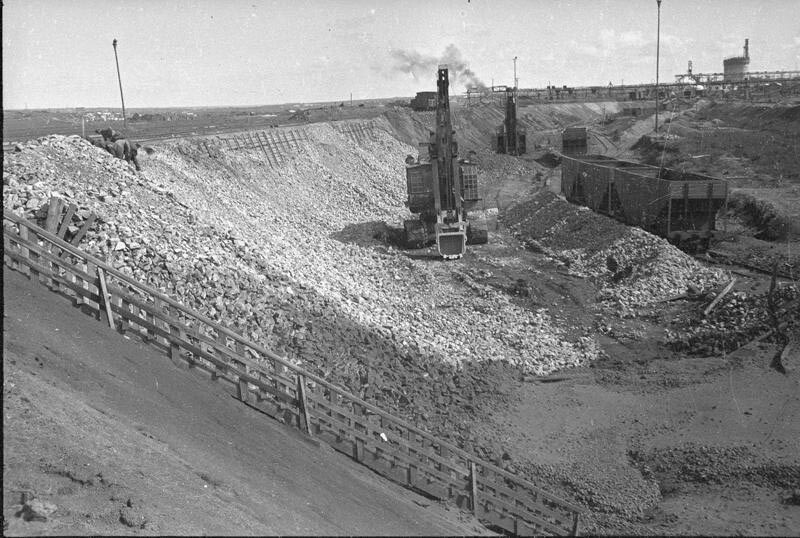 The 128 kilometers waterway was built by Gulag prisoners from 1932 to 1937. First it was called the ‘Moskva-Volga canal’, but in 1947 it was renamed the ‘Moscow Canal’. The famous phrase – Moscow is now ‘a port of five seas’ – was pronounced by Stalin in 1937 at the canal opening ceremony.

Which seas does it connect with? 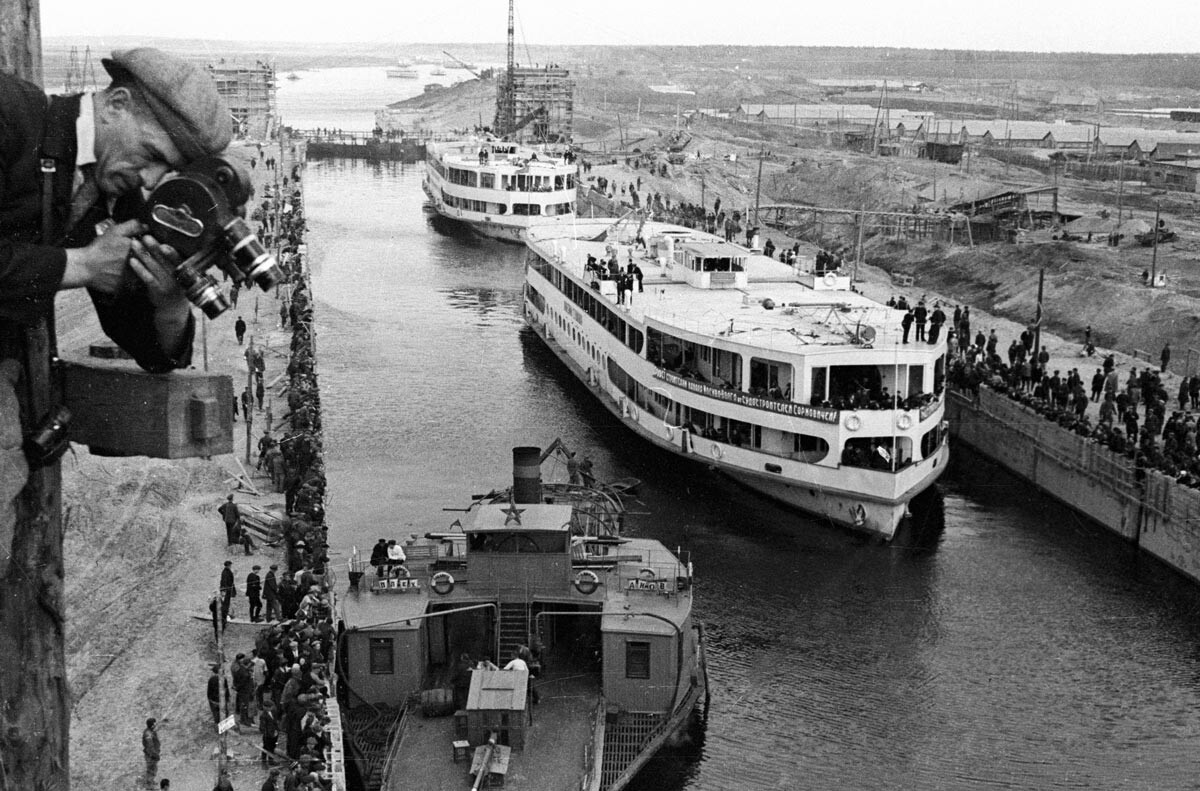 The third sea is the Caspian, into which the Volga flows. Later, in the 1950s, another huge canal appeared - a 101 km waterway between the Volga and the Don rivers was built in Volgograd. This canal gave access from the Volga to the Sea of Azov - and subsequently to the Black Sea. 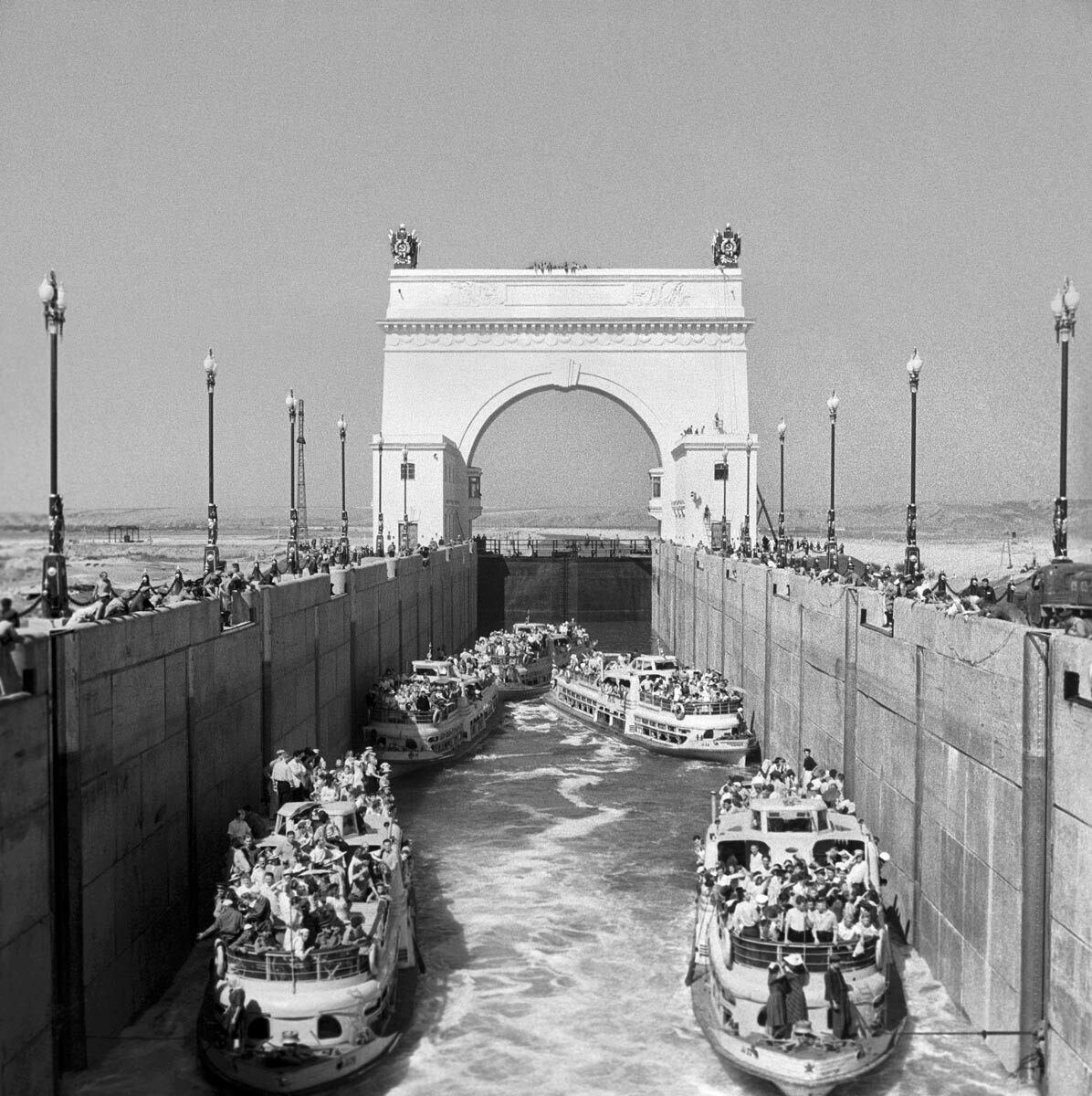 After all those big Soviet construction projects were completed, it was possible to reach the five seas without ever leaving one’s ship: the White, Baltic, Caspian and Black Sea, as well as the Sea of Azov.

Now what do you think – is Moscow a sea port or not?