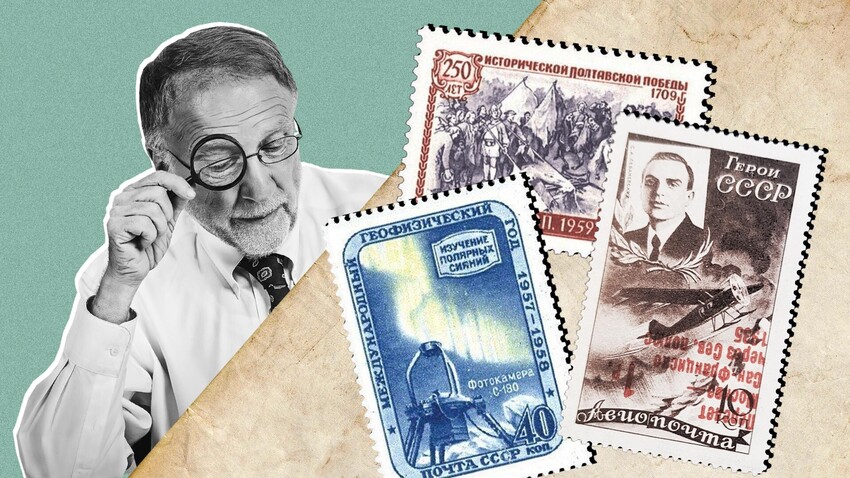 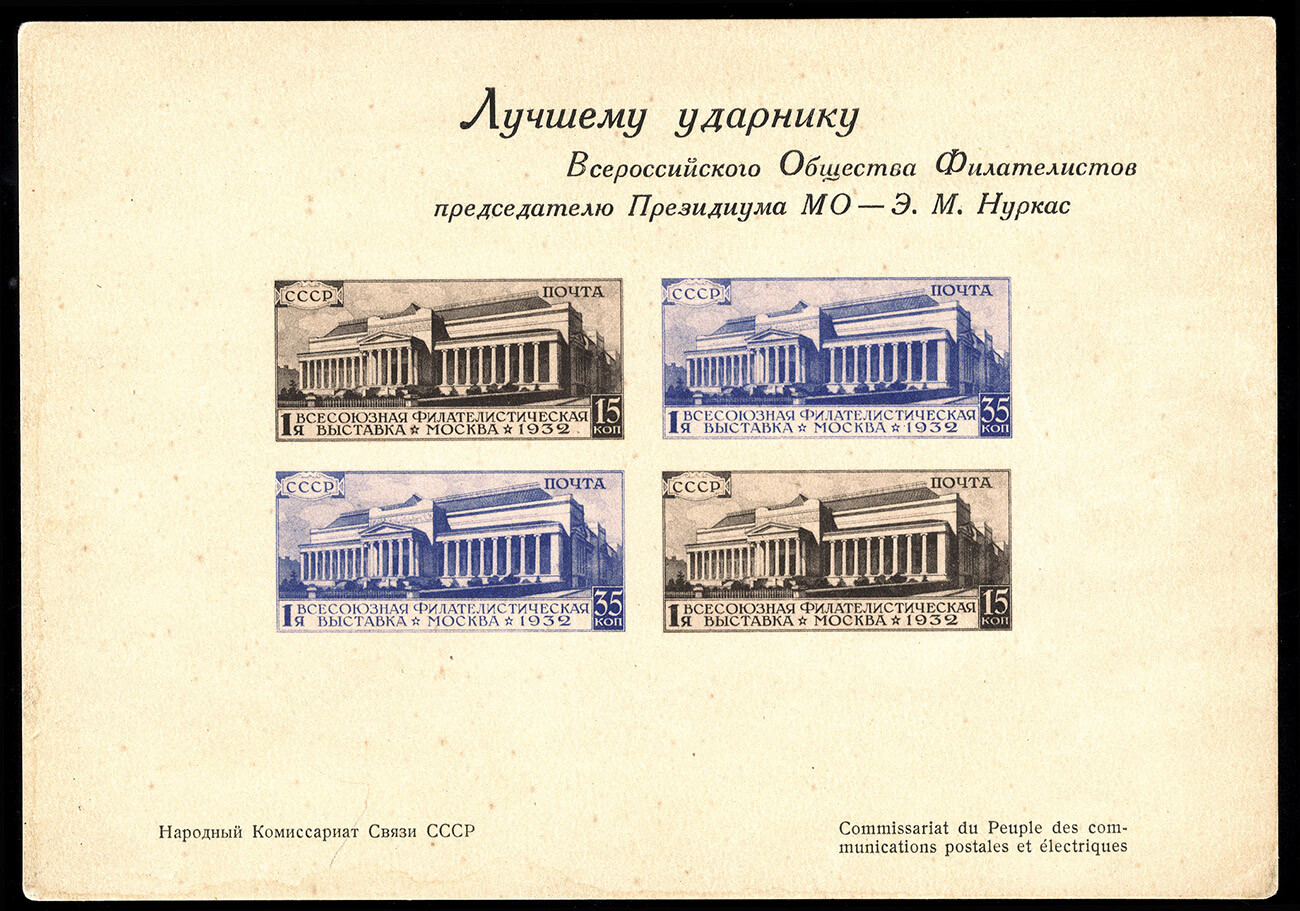 The most expensive postage stamp was released in 1932. Only one copy has survived. It was a limited edition that was timed for the first exhibition dedicated to the achievements of Soviet philately. With time, all but one unique stamp remained, and since it was printed on unusually thick paper the stamp got the nickname, “cardboard” [kartonka in Russian]. In 2008, the stamp sold for $776,000 at Cherrystone Auctions. 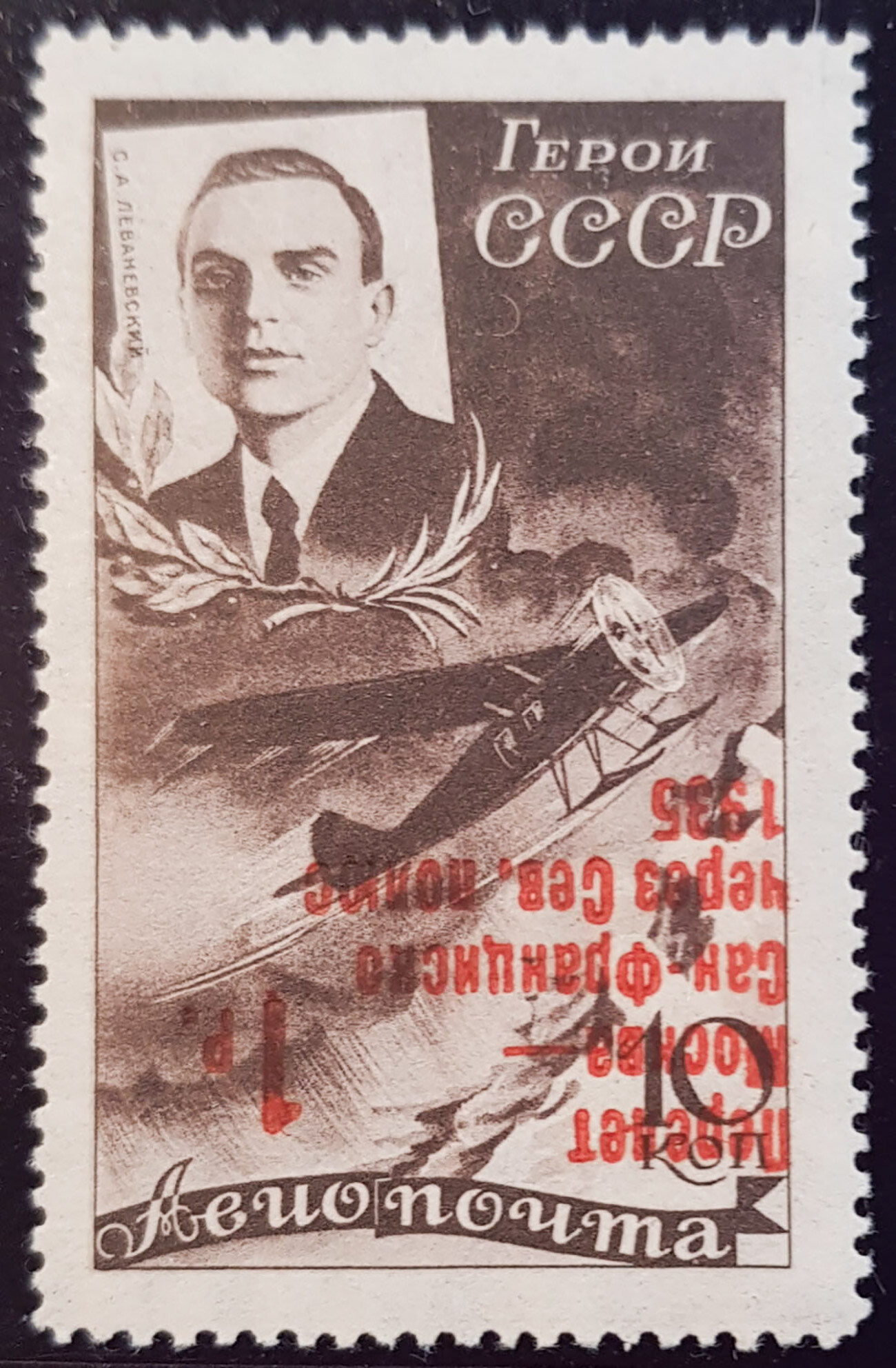 When Sigizmund Levanevsky, a Soviet pioneer of long-range flight, attempted to fly from Moscow to San Francisco via the Arctic Circle, a postage stamp was issued to celebrate the occasion. Although the mission was aborted midway when the airplane started leaking oil, the postage stamps went on to great fame. Some of these immediately gained unprecedented value because of two printing errors.

Some of the stamps have the word “San Francisco” printed with a lowercase “f”, while other stamps had an upside down overprint. The rarest stamps combine these two flaws and can sell for up to $525,000. 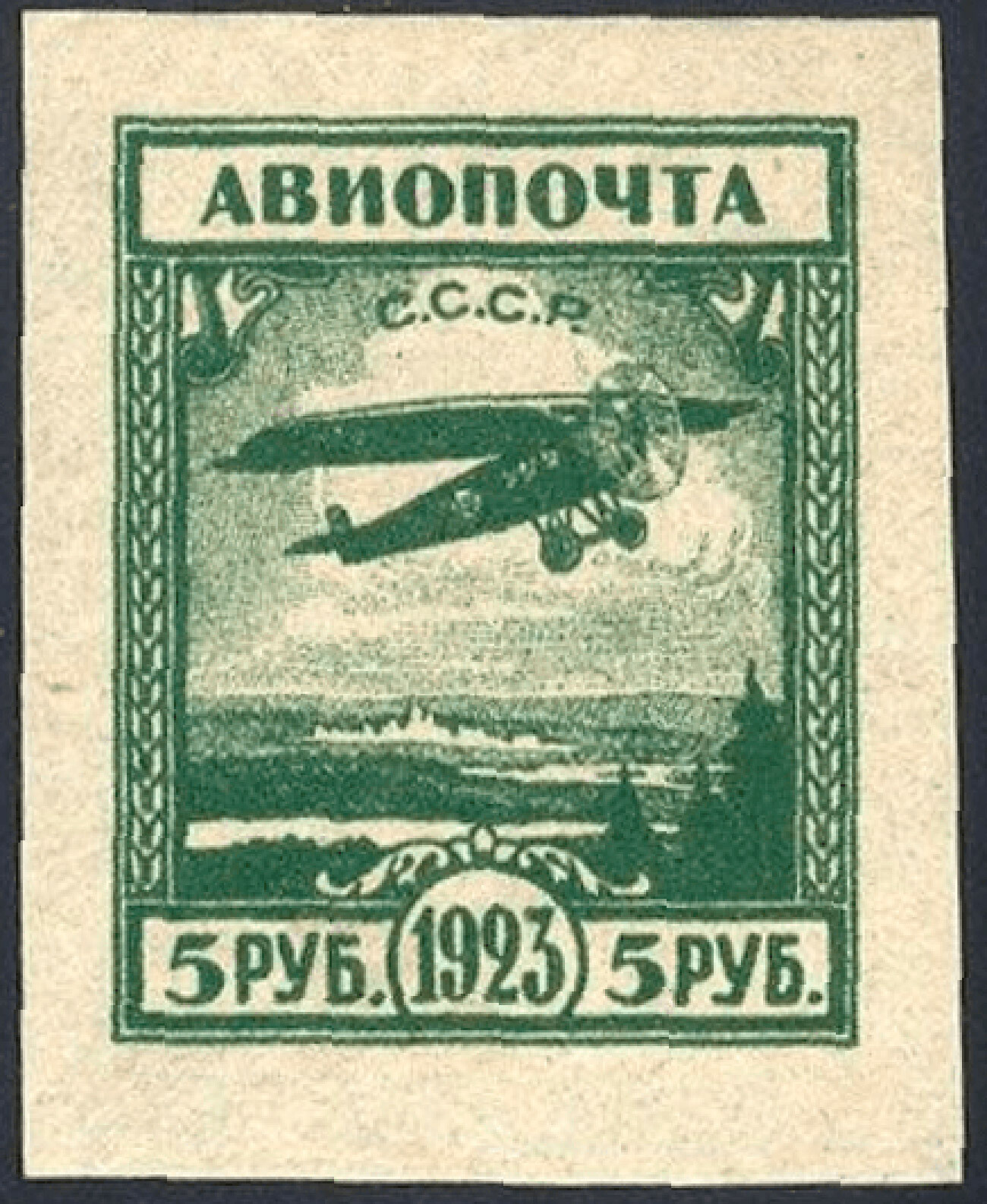 These rare stamps were first issued in 1923 and became the first Soviet stamps used for airmail. They were released in four denominations: one, two, five, and 10 rubles. However, only the five-ruble stamps gained substantial value over the years because of a specific flaw. One of the sheets used to print this particular batch turned out to be defective. As a result, the number “5” appears to be wider and placed lower than usual. 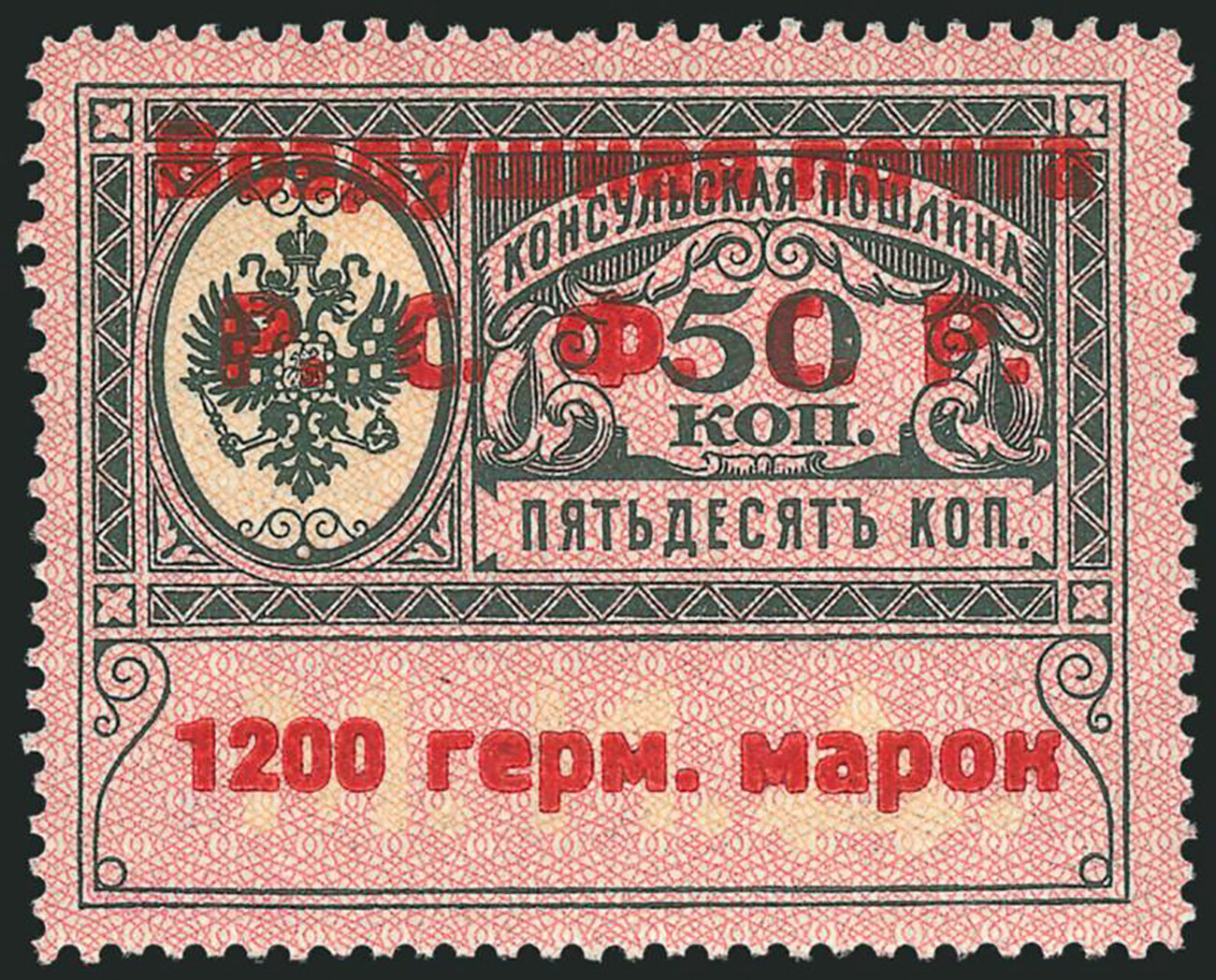 This stamp was intended for sending paid international correspondence by air between Moscow and Konigsberg when airmail communication between the USSR and Germany was established.

Yet, this type of stamp was withdrawn and destroyed almost immediately because it was not approved by the People's Postage Committee of the USSR, and this explains the great value of those surviving stamps from the series. 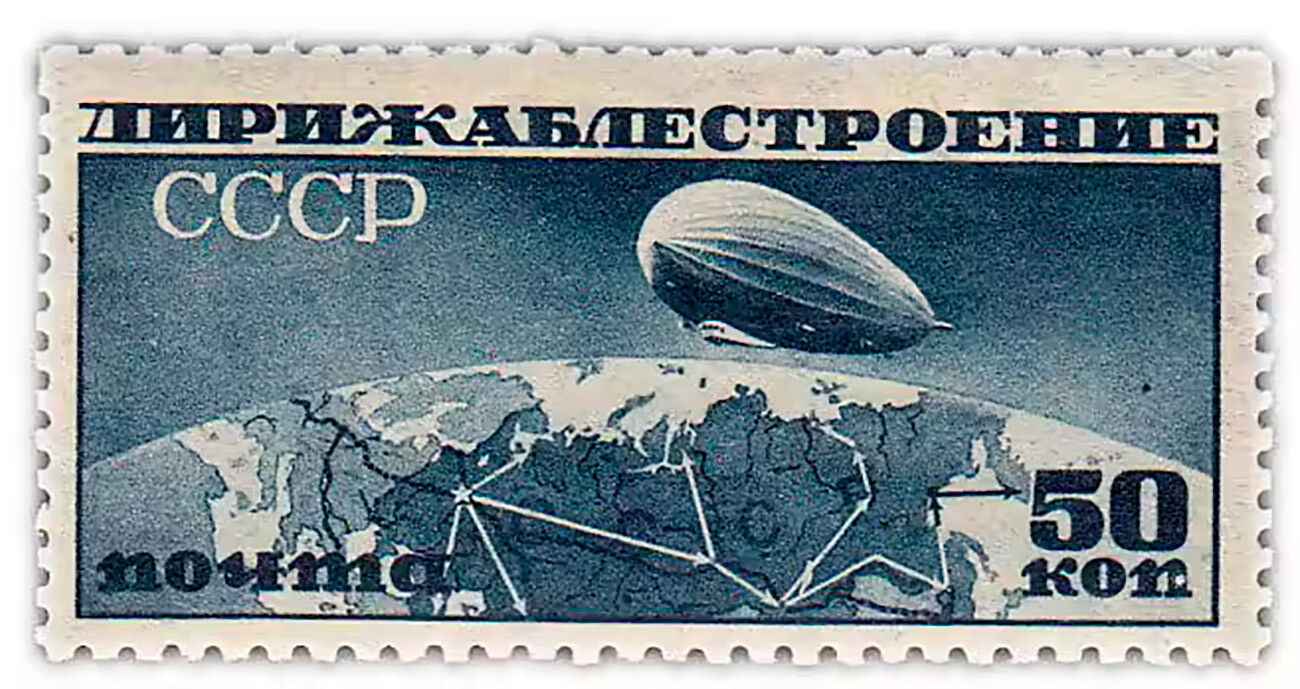 These stamps were issued to honor the zeppelin building of the Soviet Union. It depicts a large zeppelin rising into space over the entire planet, signifying that Soviet territory comprised a large part of the globe. The rarest and most expensive stamps of the otherwise brownish batch were printed blue by mistake. On top of that, some of the limited blue stamps were wrongfully perforated, which only contributed to their value. 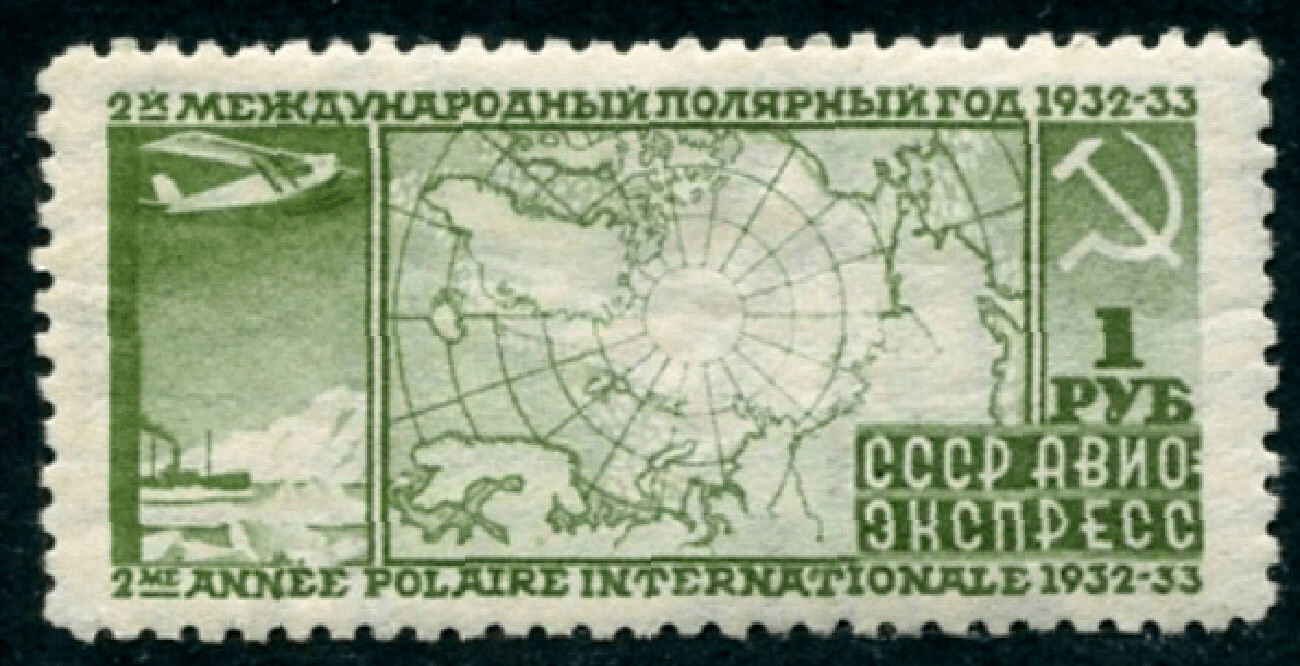 These stamps were issued in 1932 and were exclusively intended for airmail in the Arctic region. They were used for shipments from Arkhangelsk to the Arctic Circle and back. Half of the batch was issued with an insignificant defect in perforation. This small defect was the reason why these particular stamps are now valuable. 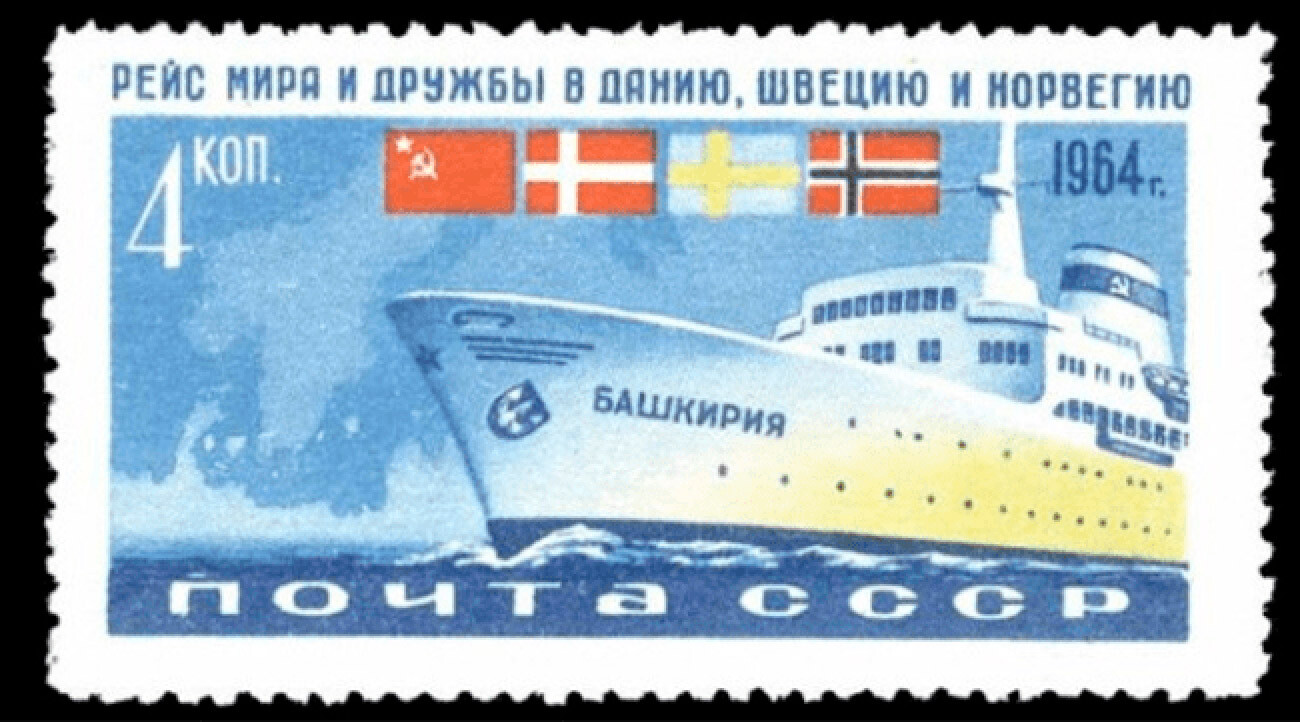 When Soviet leader Nikita Khrushchev planned a trip to Scandinavian countries, the Soviet postage service printed this “Cruise of Peace and Friendship” series. However, the collection was never put in circulation. While it’s not known how exactly these stamps made their way to private hands, the fact is they did and these people were very lucky to make this acquisition. 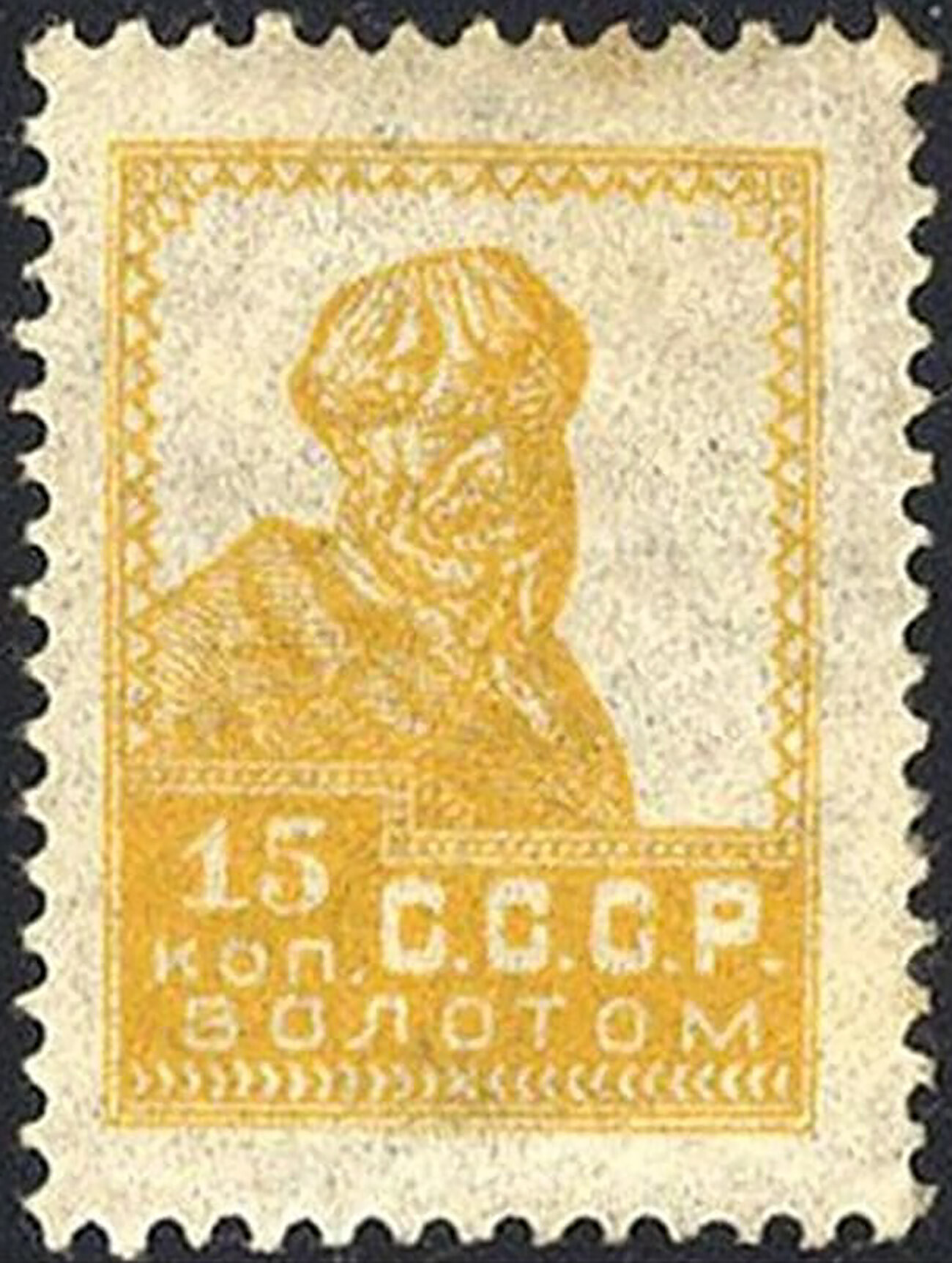 These stamps are valuable because the machine used to print them malfunctioned and colored them in a lemon color. As a result, production stopped after only about 100 copies were printed. Today, philatelists estimate the “limonka’s” value at approximately $16,000. 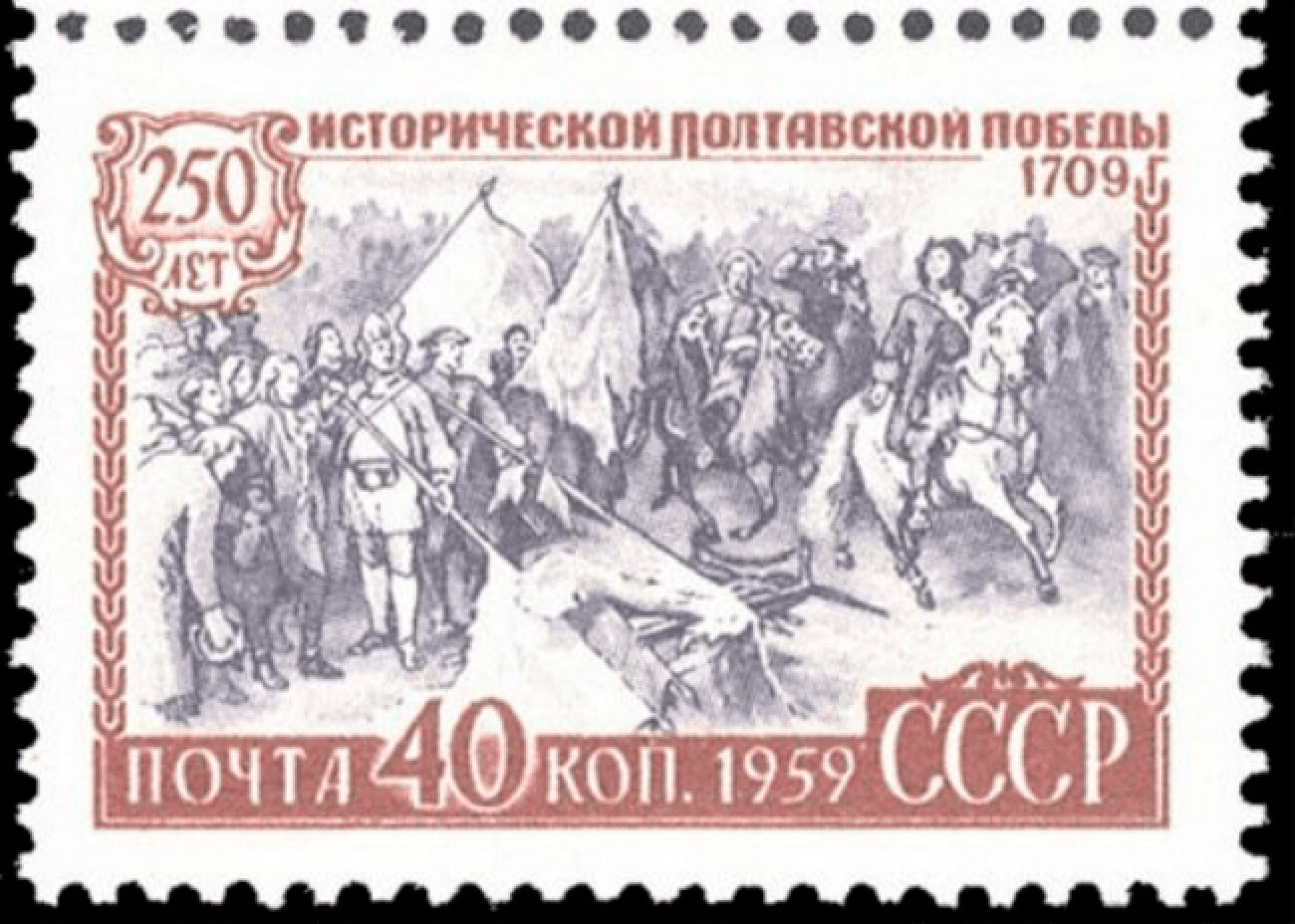 These stamps were scheduled for release in 1959 to commemorate the 250th anniversary of the Russian victory over the Swedes at Poltava. However, as the then current relationship between the Soviet Union and Sweden appeared to be improving, the batch of stamps was urgently withdrawn from circulation and destroyed. However, about 40 stamps somehow survived, instantly giving them great value. 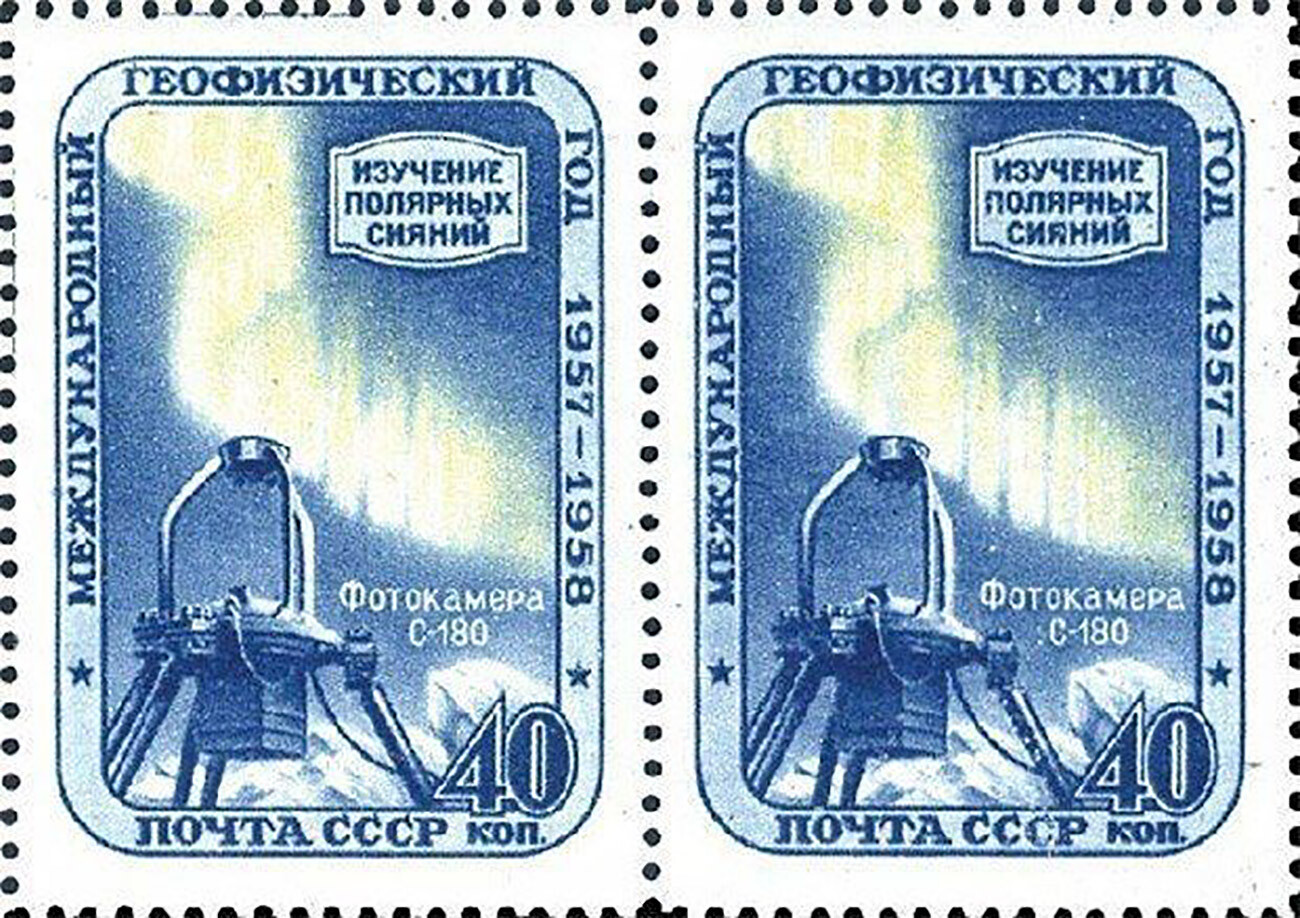 These stamps were issued to commemorate the International Geophysical Year, an international scientific project that lasted from July 1, 1957 to December 31, 1958. Those 18 months of cooperation symbolized the end to a period of tension during the Cold War. Previously, scientists from both East and West had been unable to work together. The Soviet Union issued the stamps to mark the renewal of such scientific cooperation, and these are today valued at approximately $14,000.

Click here for the top 5 most valuable coins of Tsarist Russia.