Lifestyle
Russia Beyond
Commemorating the 150th anniversary of the Moscow tram system, tens of old carriages took a ride on their historical routes, followed by fancy Soviet retro cars.

Moscow’s tramway system was launched in 1872 and, at first, it was a horse tramway that operated until 1911. On June 4, 2022, 150 year later, this retro tram carried by horses headed the parade of retro transport in Moscow. 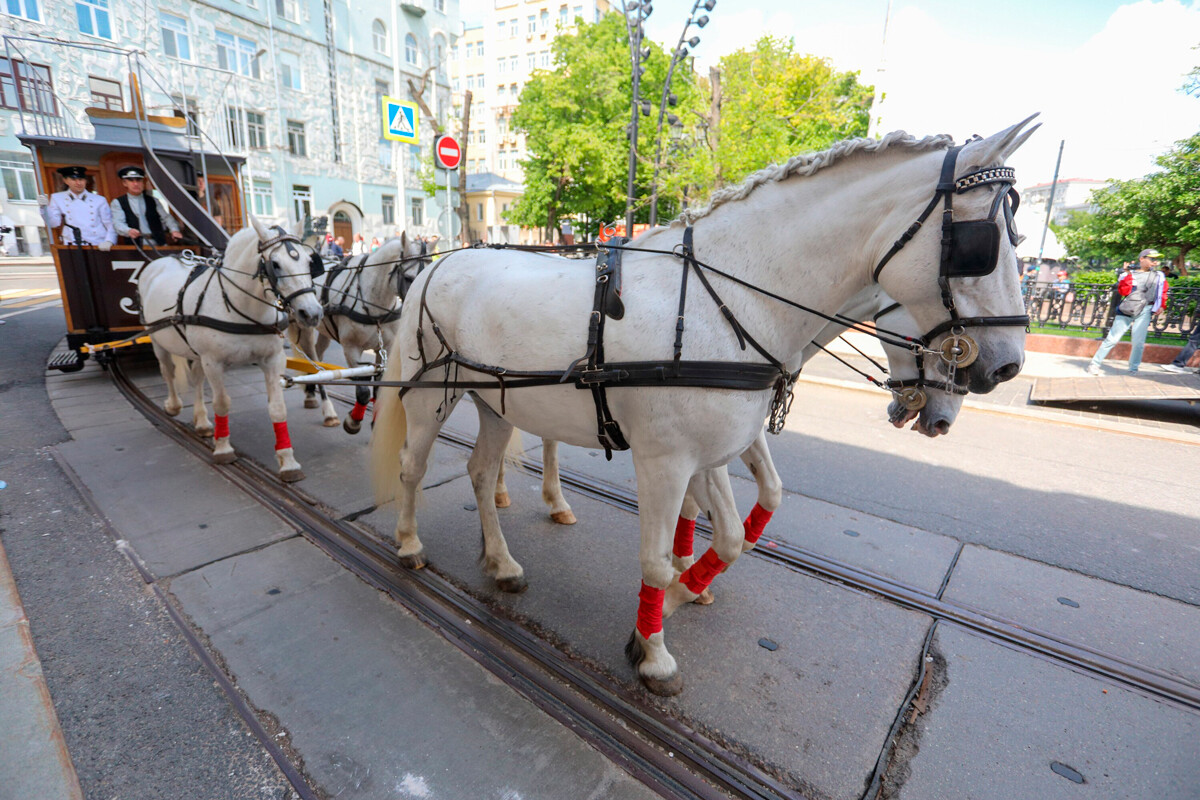 Below is the second oldest tram - the model ‘F’ (lamp tram) that the Bolsheviks launched in 1925 on the Boulevard Ring. 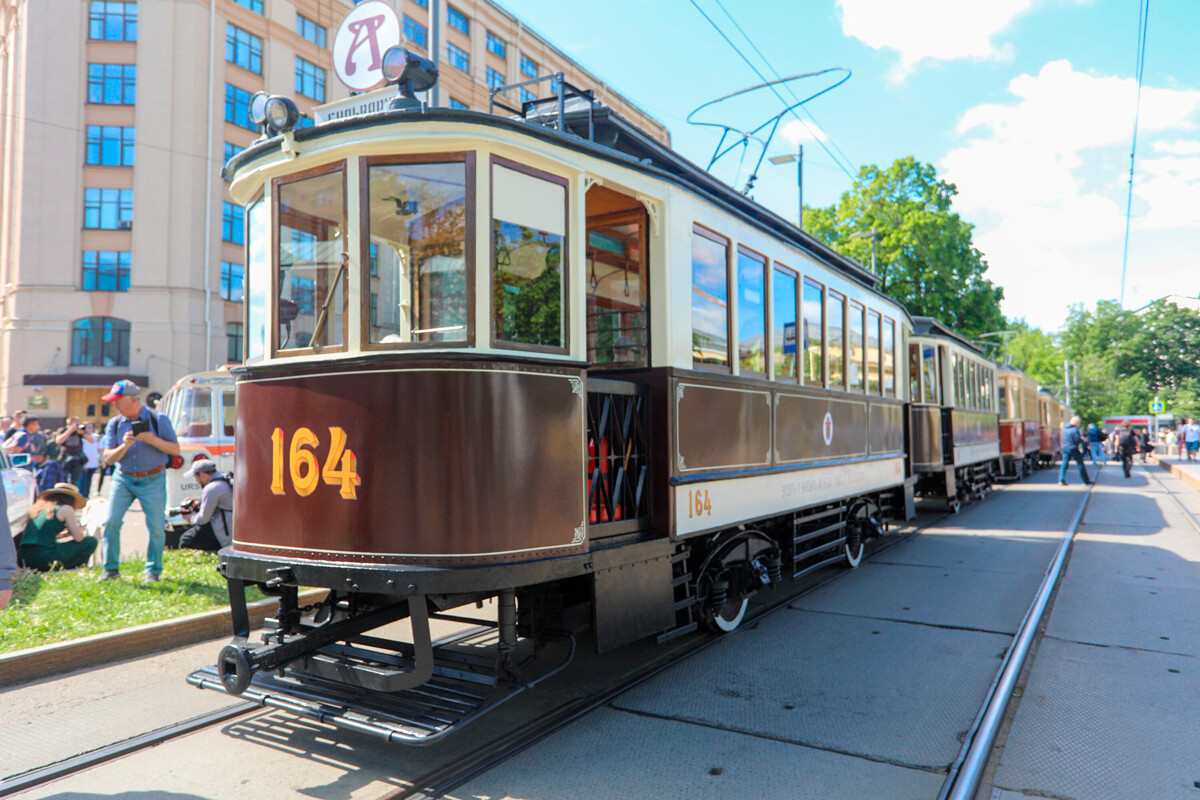 This is a fully operational F tram, complete with its beautiful driver. 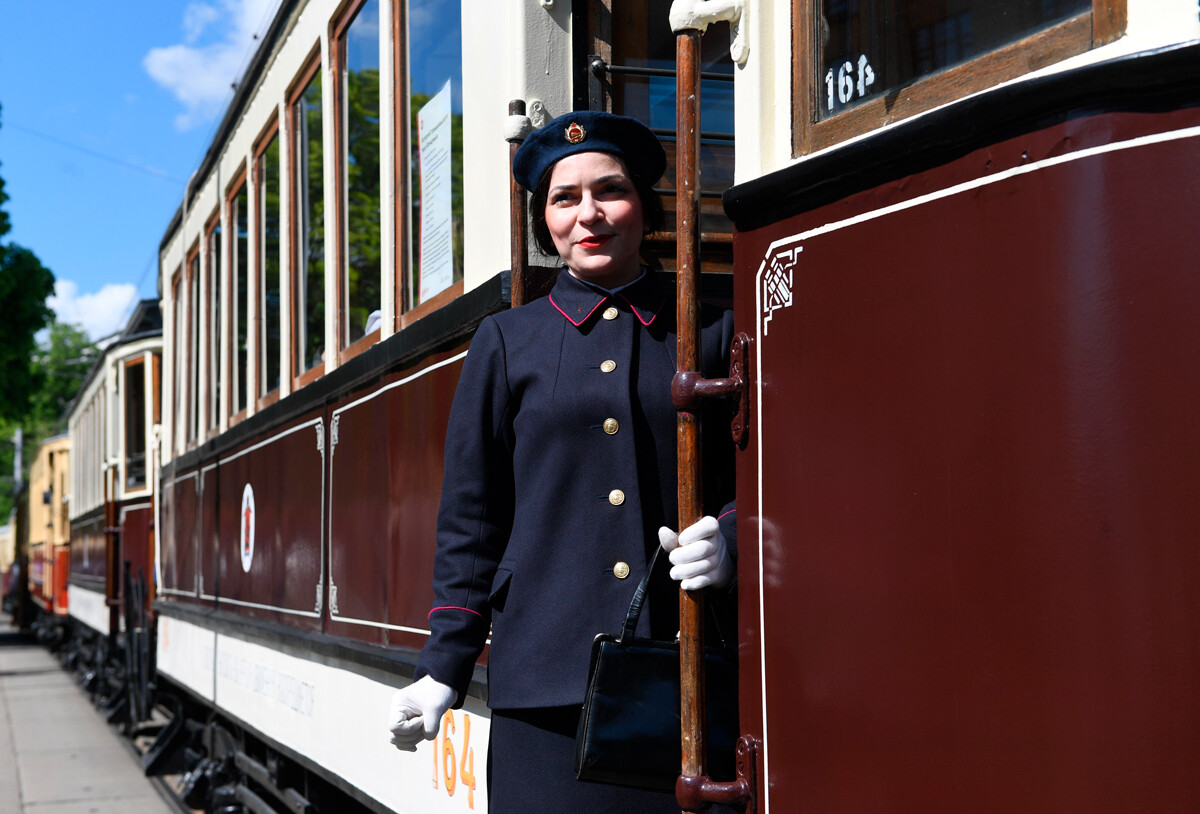 Muscovites took enormous amounts of pictures and some lucky ones also managed to catch a ride on these historical trams. 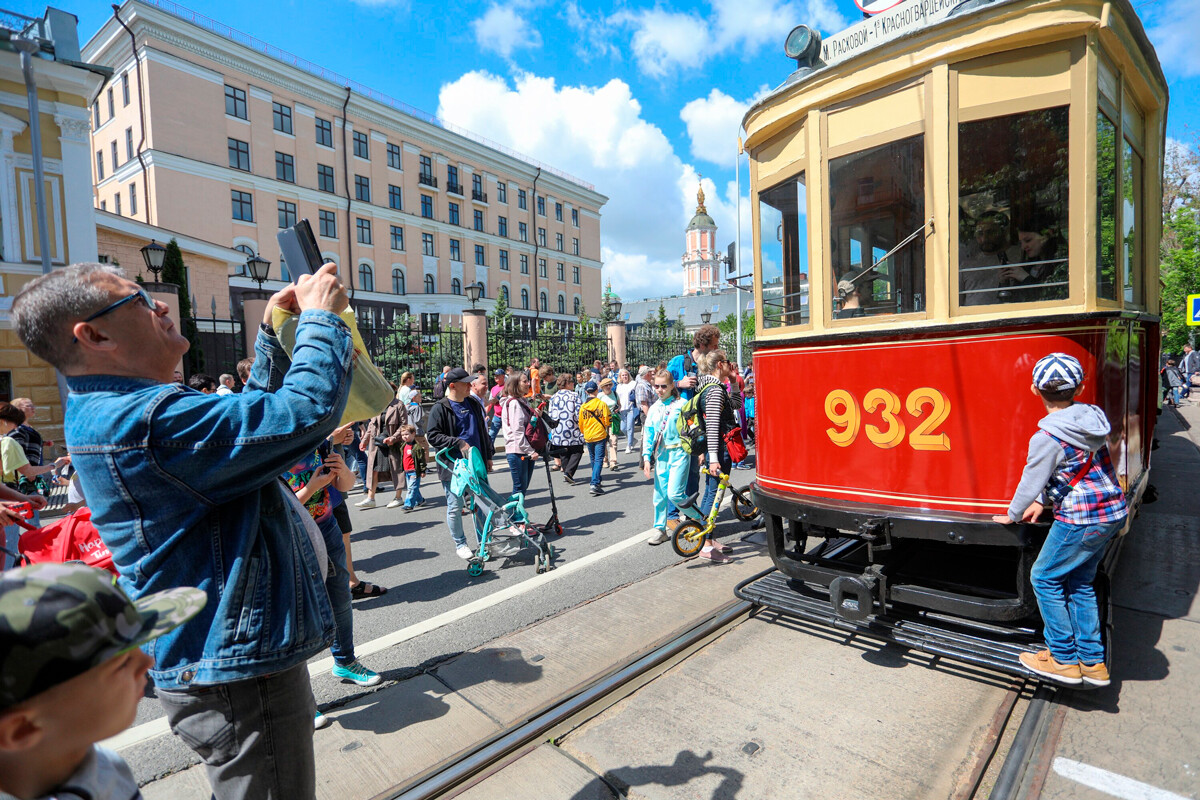 The exteriors and interiors of the retro transport pose a striking difference from what the modern ones sport. 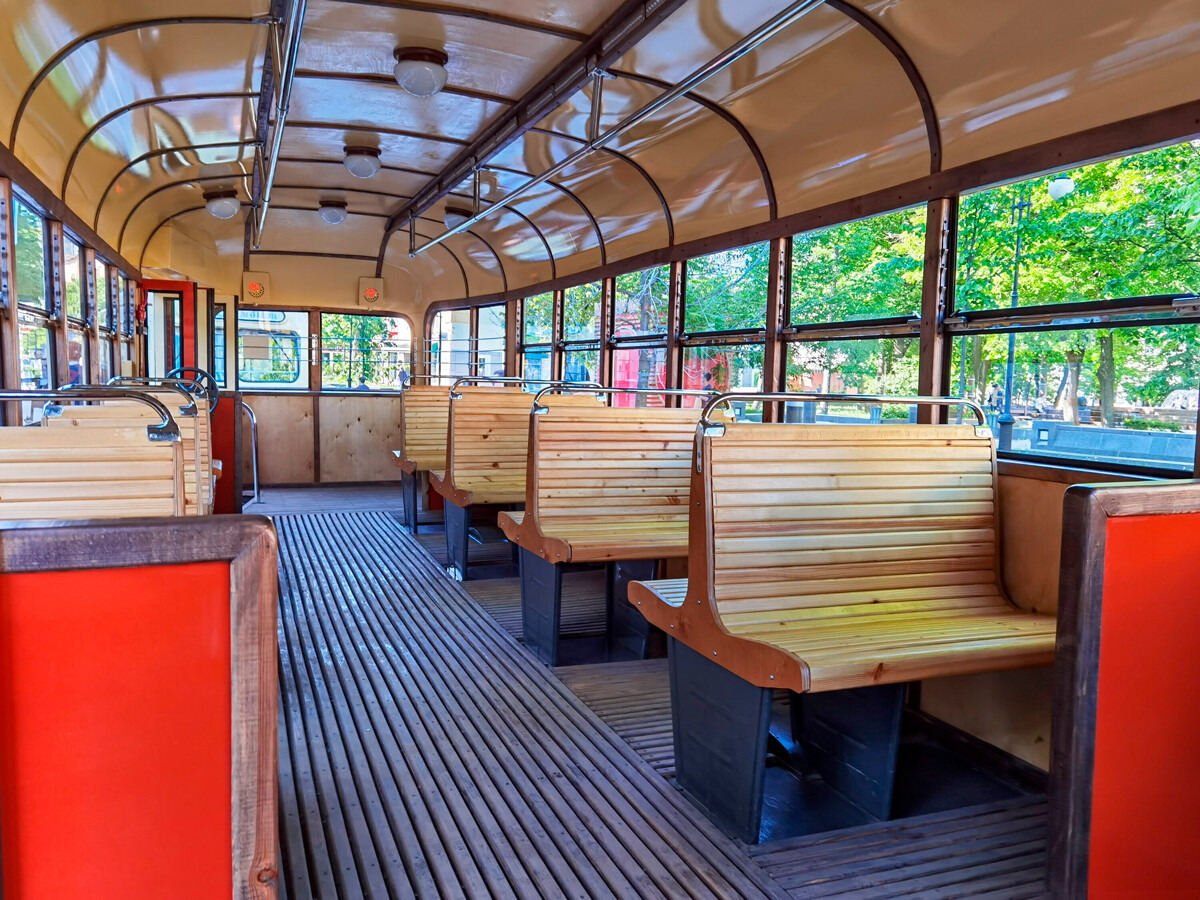 Another iconic tram is called ‘KTM-1’. It was produced at the Ust-Katav Wagon-Building Plant named after S. M. Kirov in Chelyabinsk Region in 1947-1961. 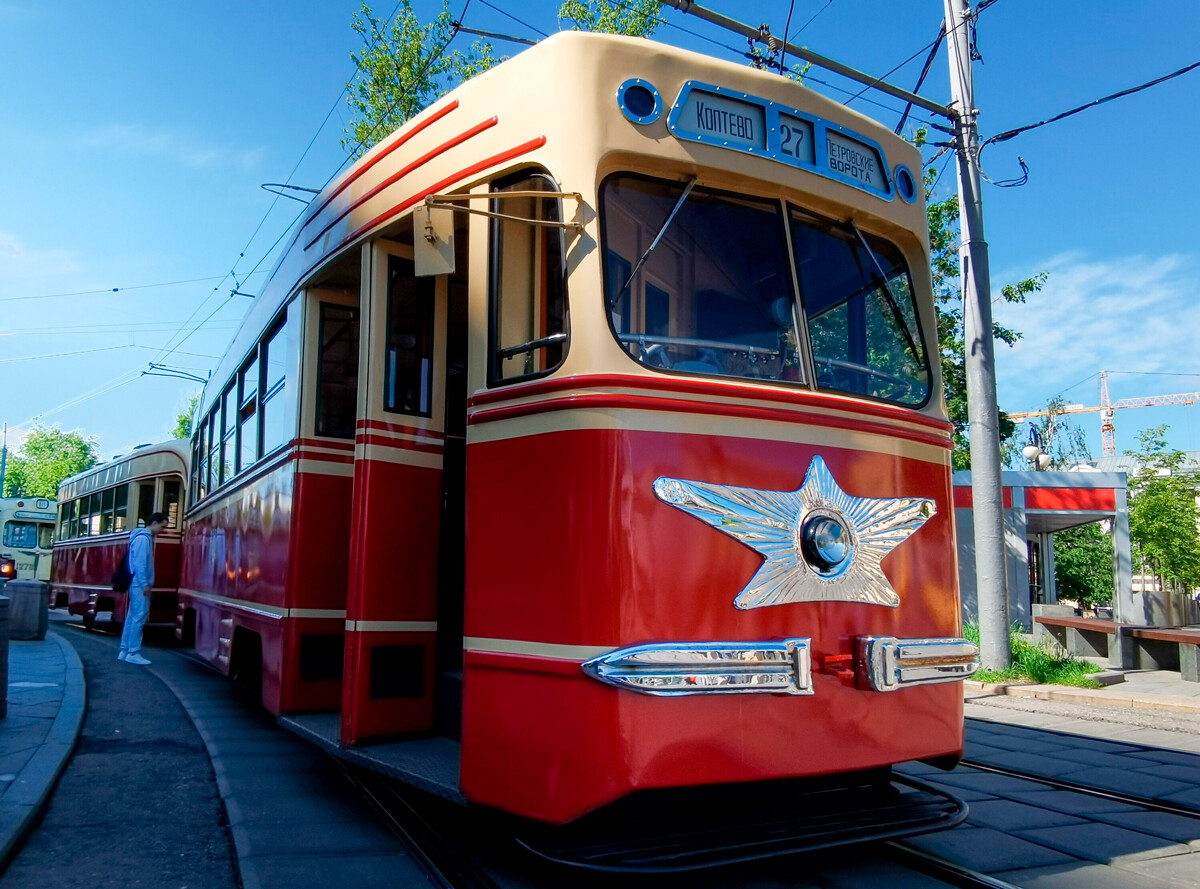 This KTM-1 was never used in Moscow, but it was widespread across other regions of the Soviet Union. This particular one pictured below is now a running museum’s exhibit, and one of the very few remaining examples of its kind. 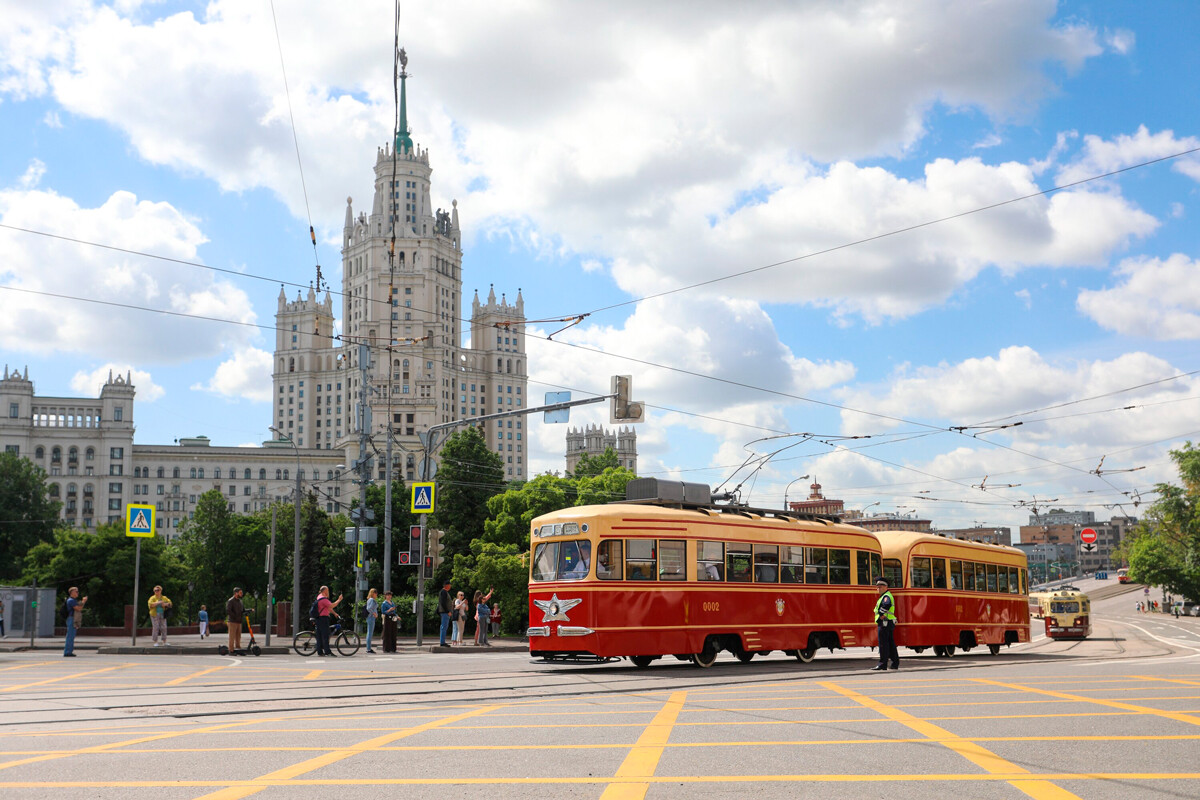 And this is RVZ-6, a basic model, mass produced in the 1960s on the Riga machine-building plant. Trams of this kind operated in many Soviet republics. 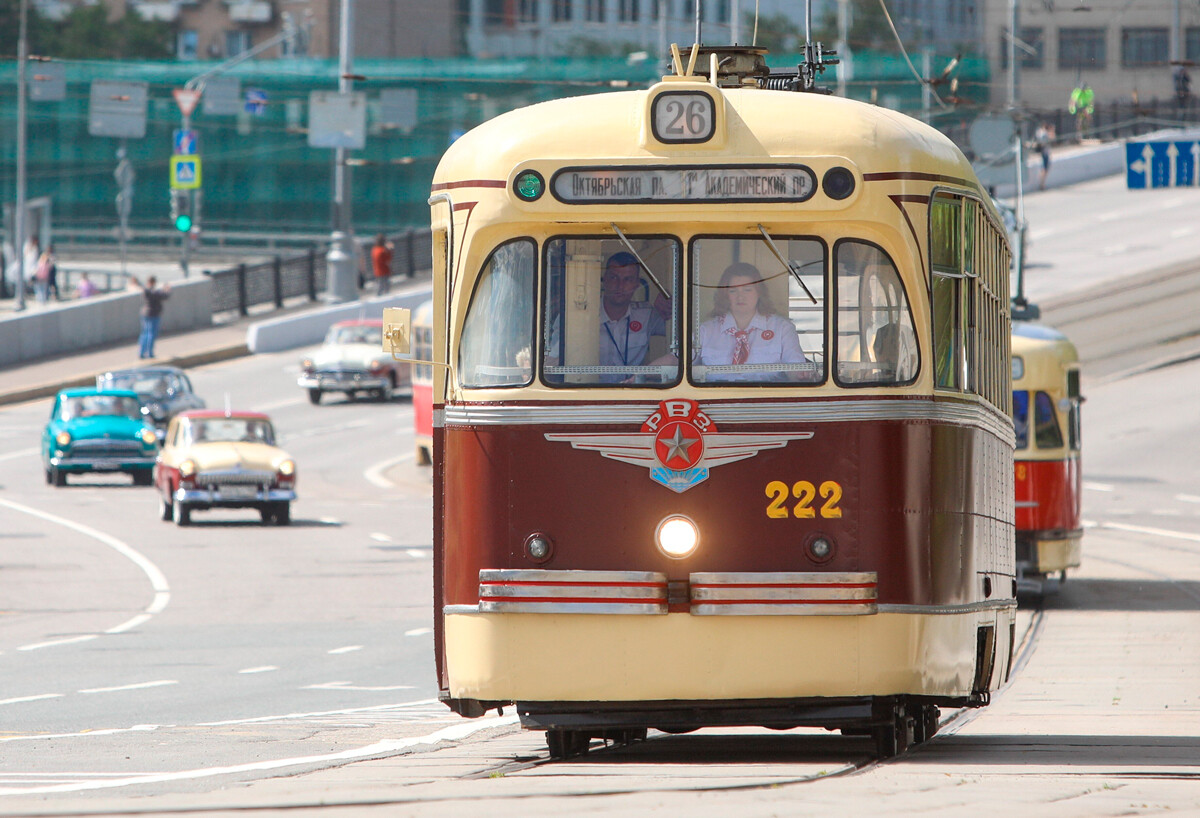 The tram parade followed one of Moscow’s oldest routes - from Novokuznetskaya metro station across the bridge over the Moskva River and ended on Chistye Prudy. Exclusive retro cars also joined the parade. 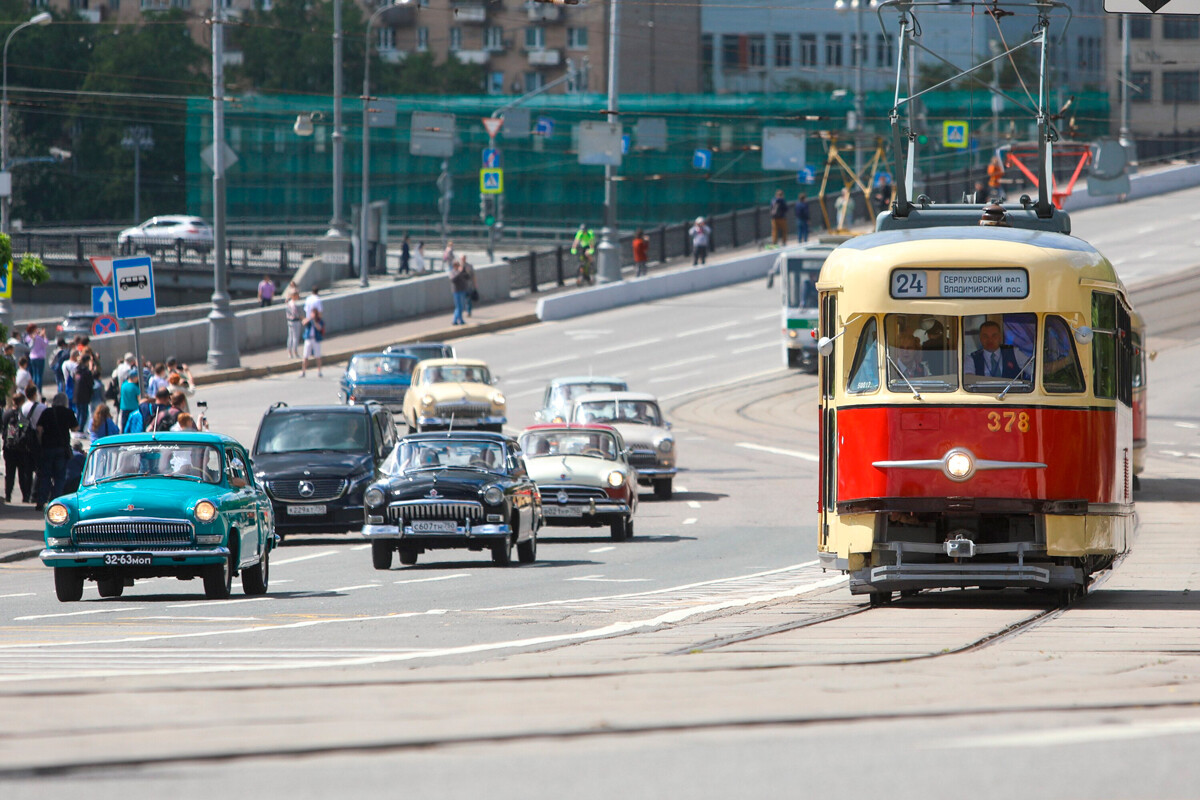 The parade’s rarities were items from the Special Purpose Garage-museum. For example, a ZIL-41047 limousine pictured below. 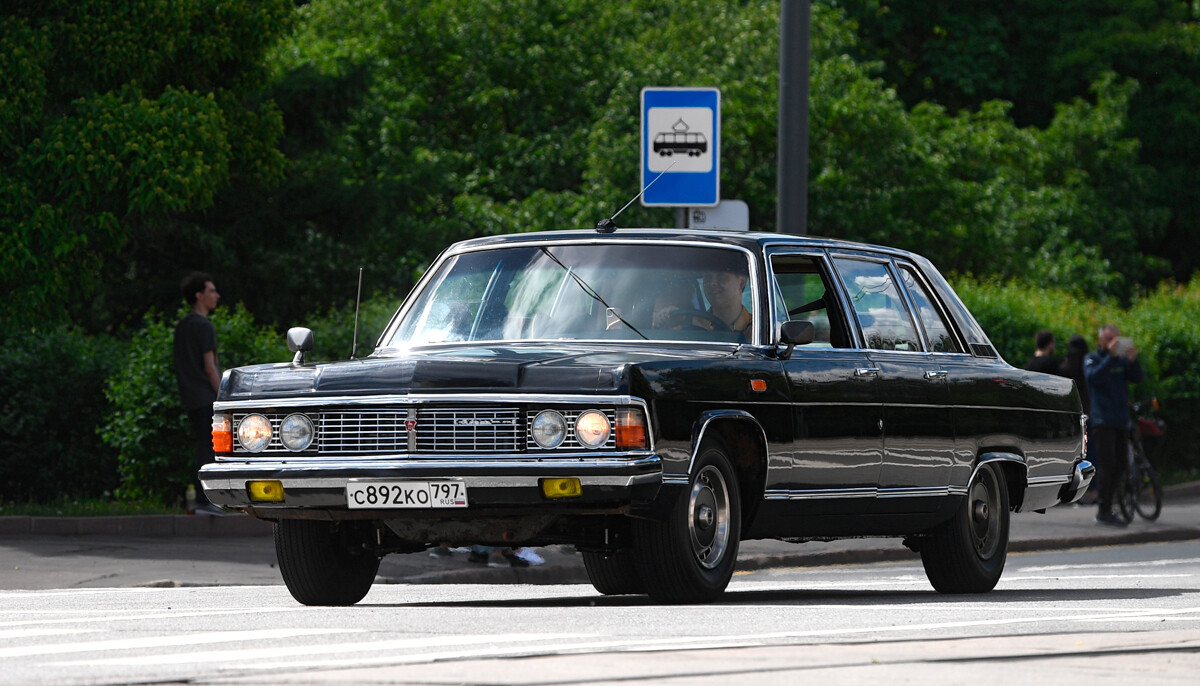 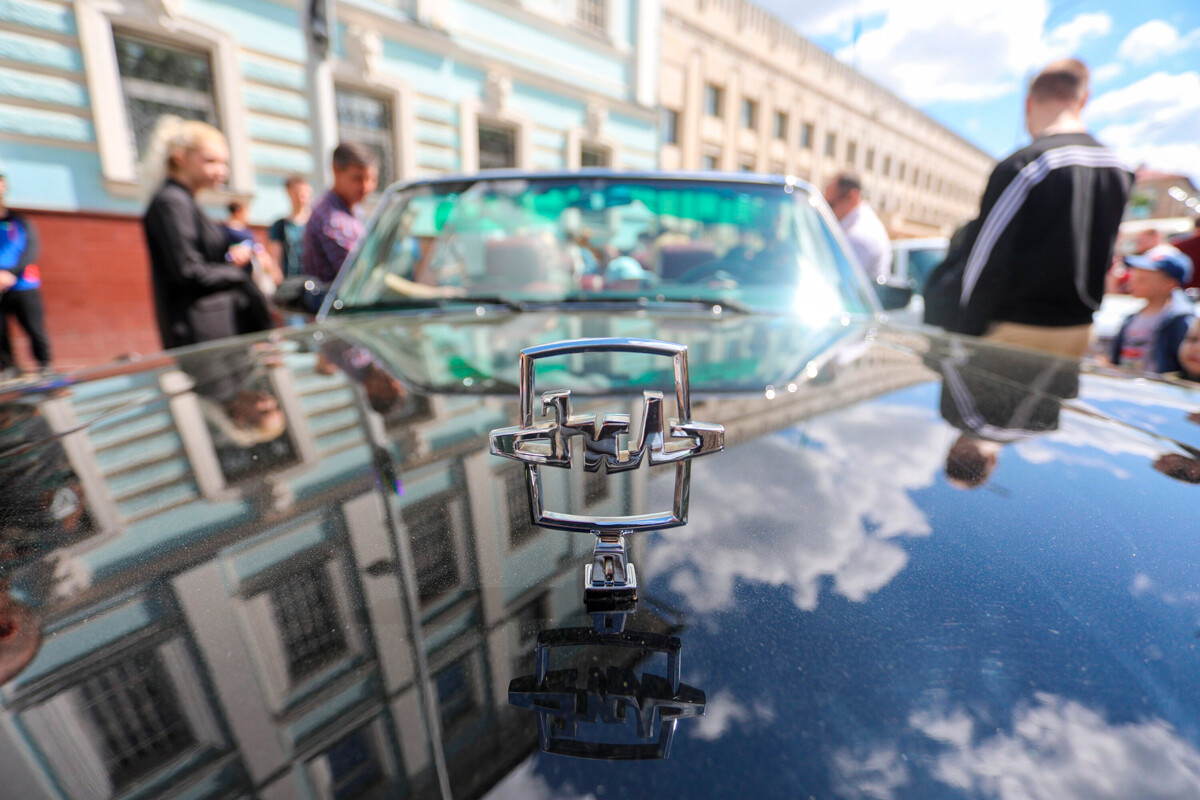 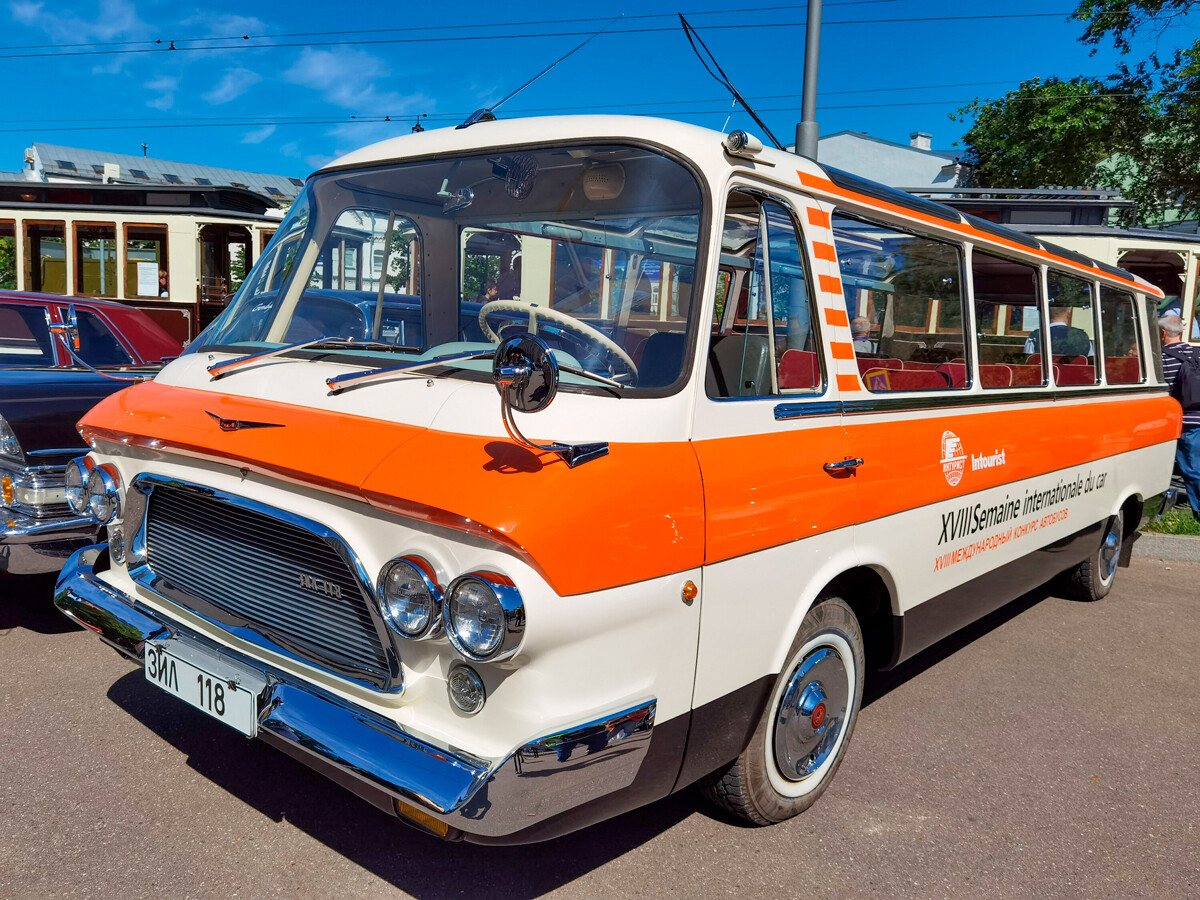 The Yunost minibus never went into serial production, however, this comfortable vehicle made a splash at international exhibitions and Henry Ford II even wanted to buy a license to produce it in the U.S. (but the Soviets rejected the offer). 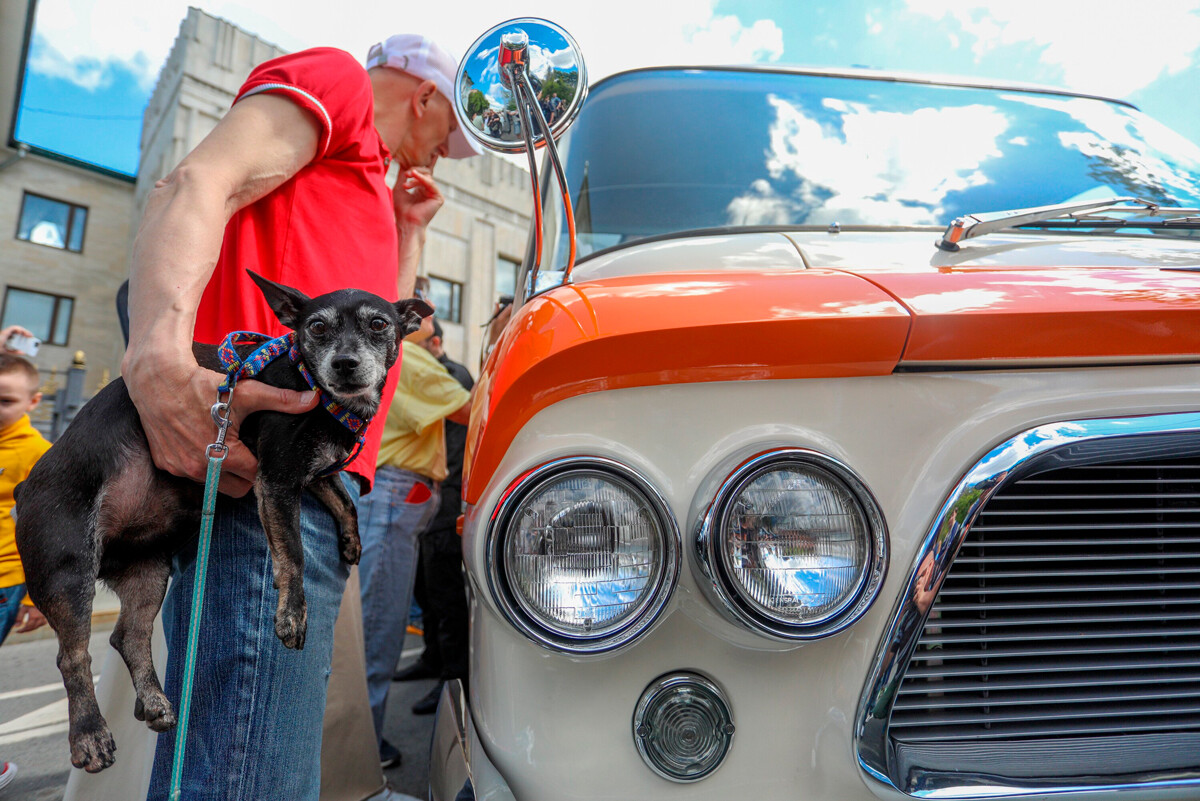 Another luxurious car was the GAZ-13 ‘Chaika’ (Seagull) by the Gorky Automobile Plant. 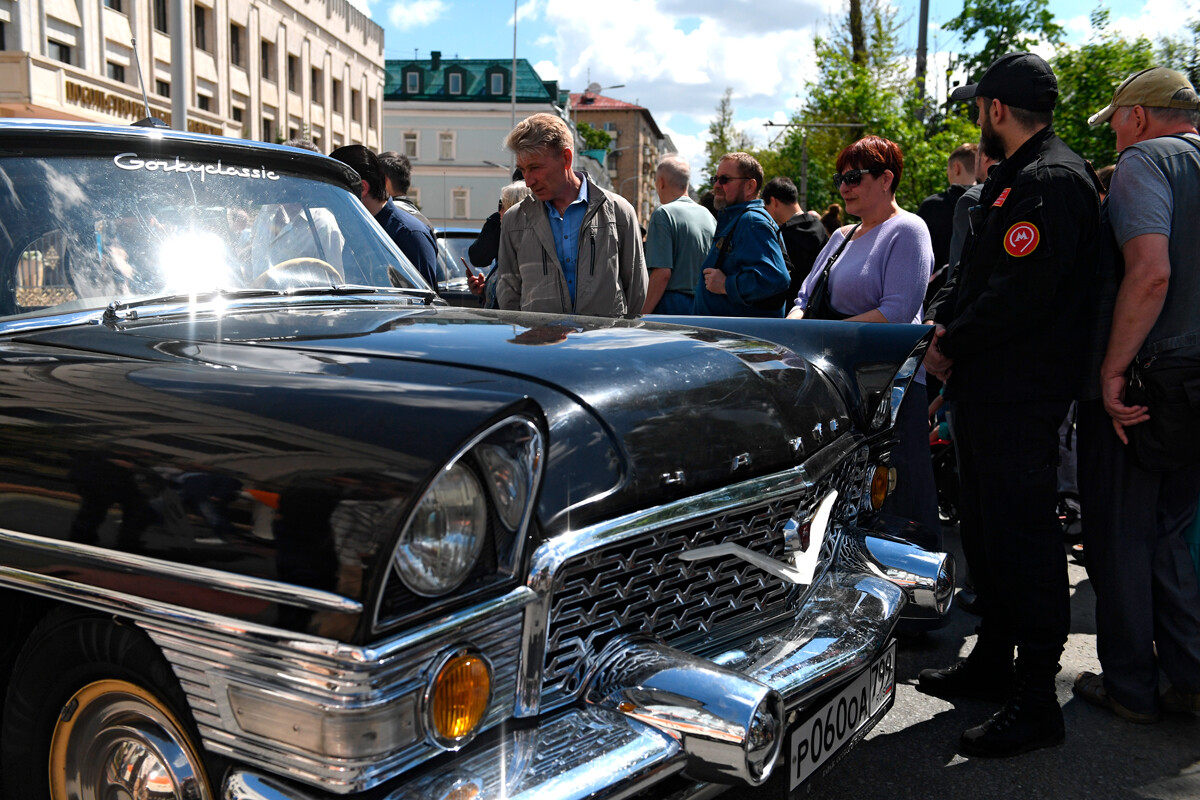 Most commonly known models at the parade were the Moskvich-402, a car mass produced in 1956-58… 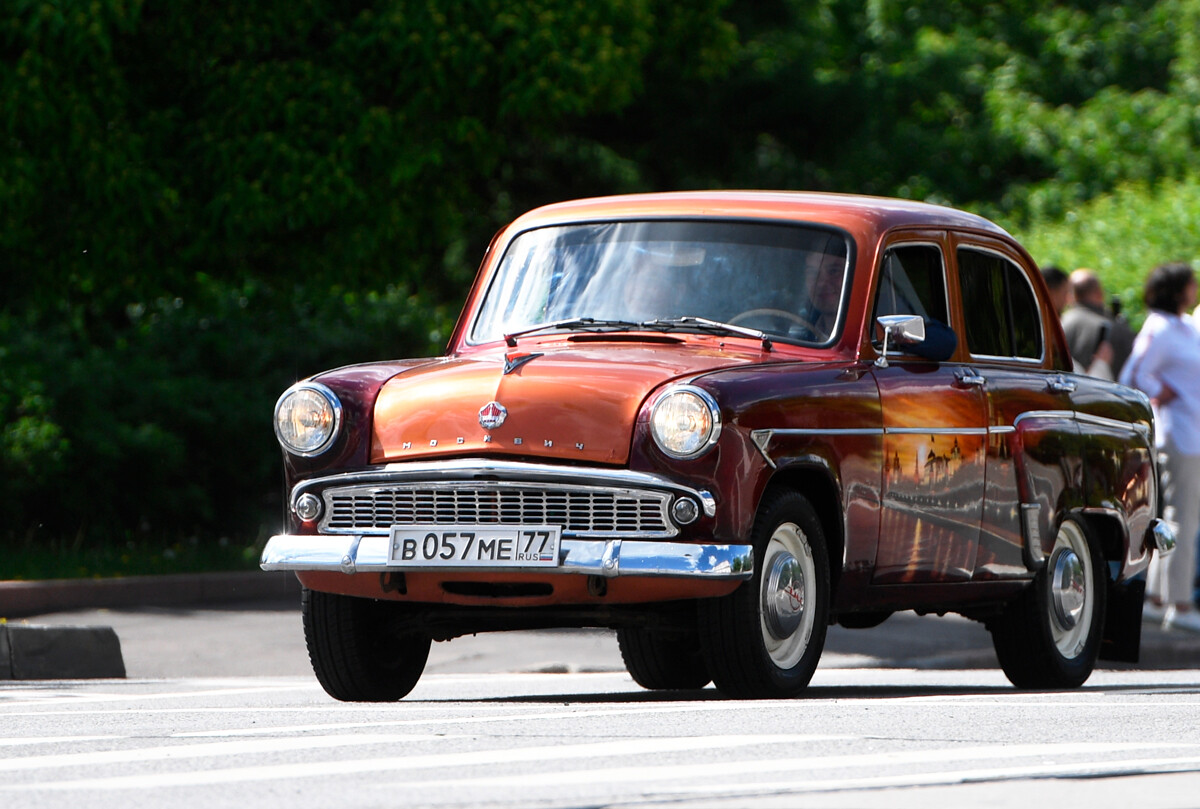 …and ‘Zaporozhets’ or ZAZ-965, a small car, produced at the Zaporizhzhia Automobile Building Plant,… 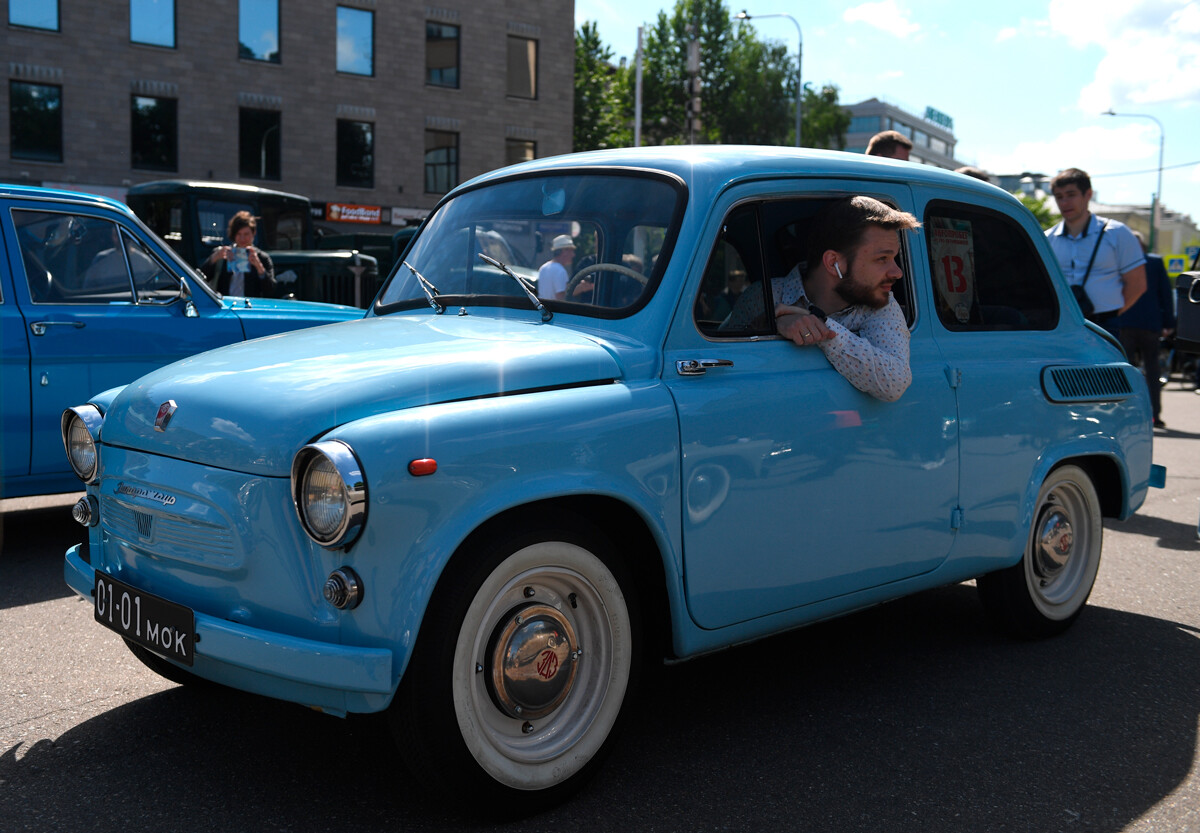 …as well as the GAZ-21, pictured below in a very bright turquoise color. 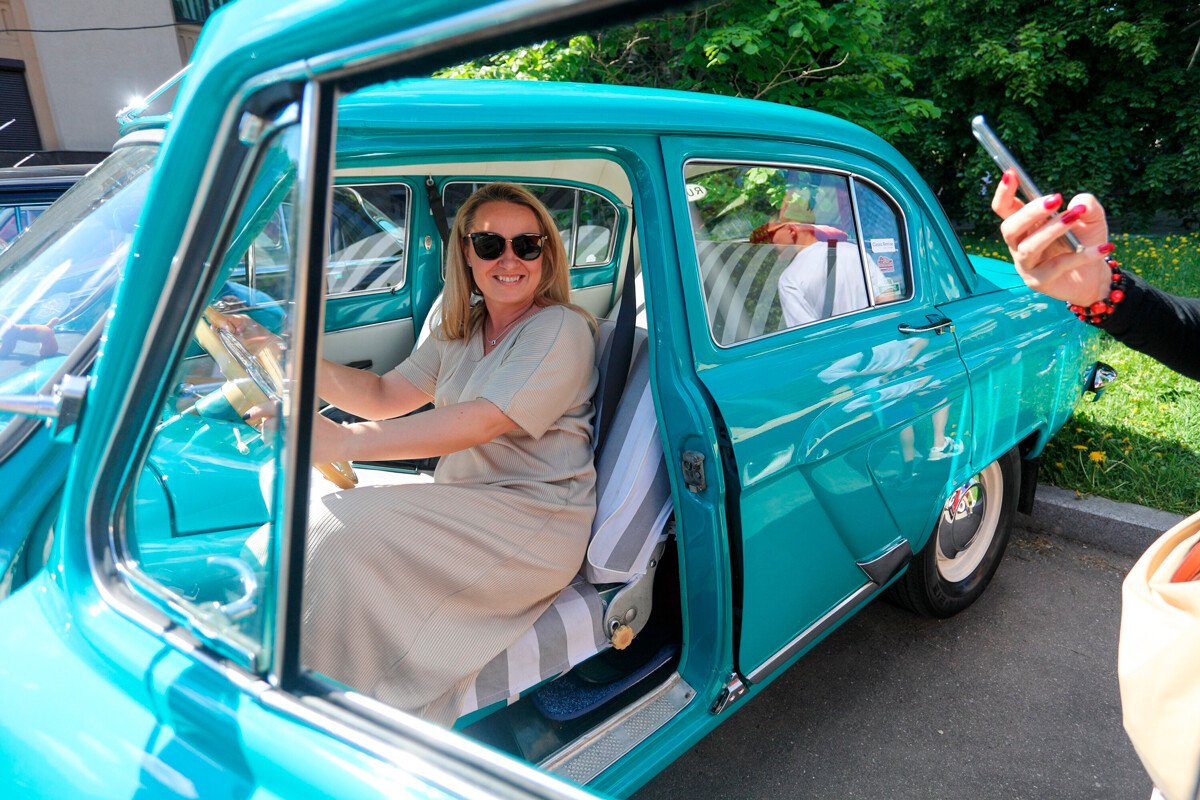