Russian license plates: What do they mean? 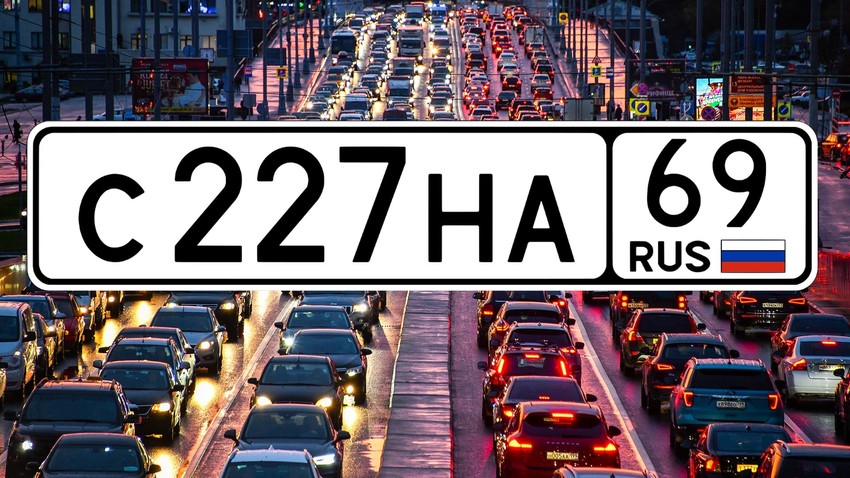 Igor Ivanko/Moskva agency
Vehicle registration plates in Russian look different from those in Europe, the U.S. or any other country. And they have mysterious two- or three-digit numbers at the end. What are they for? Let’s find out.

The Russian registration plate consists of several parts. First comes a registration code and series that includes a unique combination of numbers and letters. It always looks like a letter - three numbers - and another two letters. 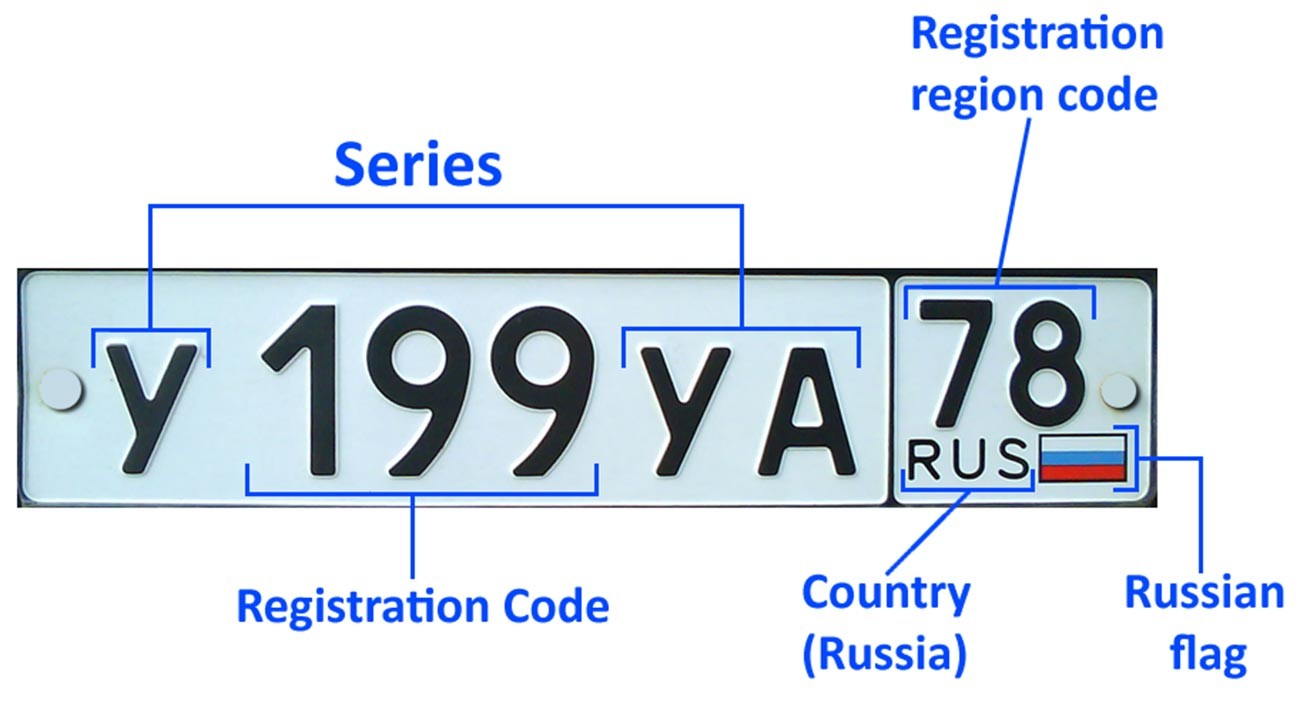 Interestingly, only 12 letters of the Russian alphabet are used in these plates and only those that have spelling analoges in the Latin alphabet, so as not to confuse foreigners in case a car registered in Russia crosses the border or a car from a foreign country has an incident in Russia. Such Cyrillic letters as ‘Щ’ or ‘Ы’ are not used. Read more about this rule and the evolution of the Russian license plates here.

Recently, the authorities allowed the use of shorter, more quadratic number plates for cars and vehicles, such as motorcycles, which have no space for usual Russian plates. Here is how elements are arranged on such number plates. 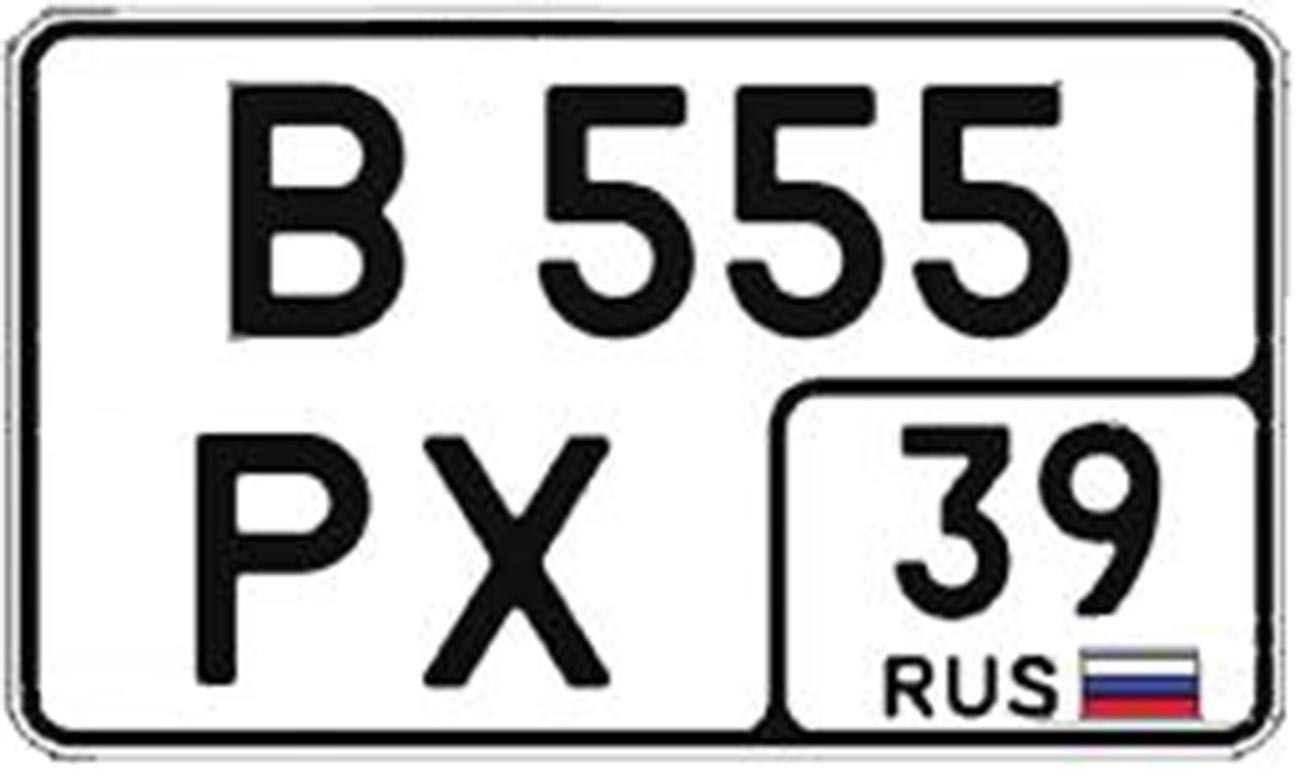 What does the regional code mean?

Actually, it matches the code that each Russian region was allocated. So, how would you recognize this code? It’s very easy… in theory.

According to the Russian Constitution, all 85 Russian regions are listed in a certain order and each of the regions has its own number which actually is also the car code.

The first 21 republics on the list are in alphabetical order and each of them, from Adygea to the Chuvash Republic, have the numbers from 01 to 21. The 22nd republic of Crimea has the number 82, as it joined the list later.

The six territories which in Russian are called “krai” follow next. From the Altai Krai to the Khabarovsk Krai, they are also listed in alphabetical order. They are spelled in Russian, of course, and have numbers 22 through to 27.

Another three “krais” (Kamchatsky, Permsky and Zabaikalsky) are situated somewhere in the middle of the regions’ list, because, as subjects of the Russian Federation, they were formed later. For example, Zabaikalsky Krai has number 75, as it appeared only in 2008 after the referendum, which united the former Chita Oblast and Agin-Buryat Autonomous Okrug.

From number 28, regions that are called “Oblast in Russian” begin, starting with Amur Oblast (28) and finishing with Yaroslavl Oblast (76) - there are 46 oblasts in total. 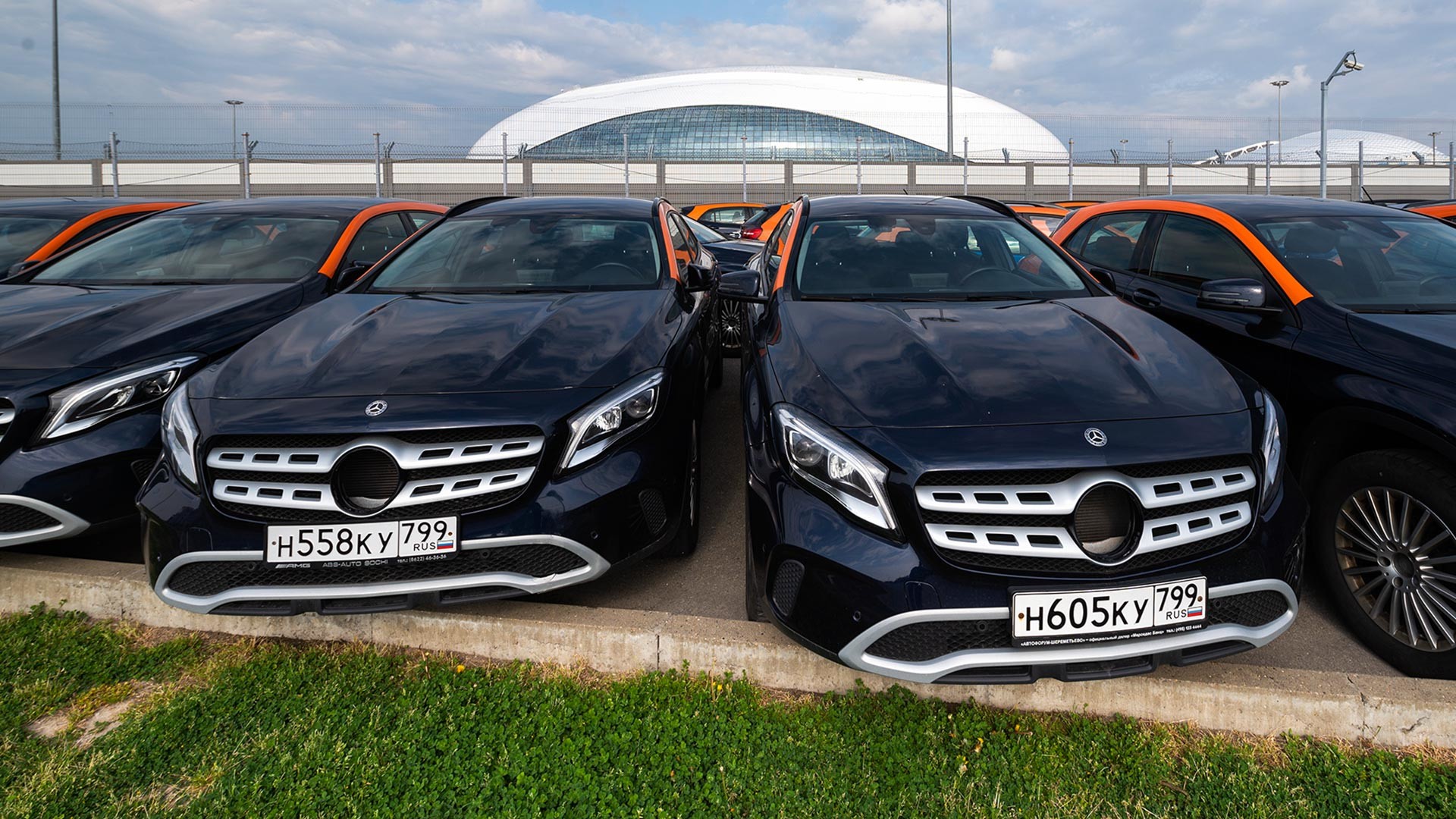 After Moscow and St. Petersburg, the list is completed with the Jewish Autonomous Oblast (79) and four autonomous “okrugs” (83-89). Sevastopol, another city of federal classification, finishes the list with the number 92. Kazakhstan’s Baikonur, which houses the Russian cosmodrome is administratively a Russian city also has its own code - 94.

Do all Russians know these numbers?

Definitely not! Probably only very engaged car enthusiasts can name all of them, but we haven’t met any yet! However, one can guess the region by number - for example, if it’s neighboring the region one knows in the alphabetic order.

Finally, there are special apps which identify the region by its code in a second. And, in fact, many Russians play a kind of a game, checking one’s knowledge of the regions while on the road.

There are self-proclaimed states which are partly recognized, but have their own registration system. These numbers look similar to Russian ones. They don't refer to Russia, but they are recognized by Russia. 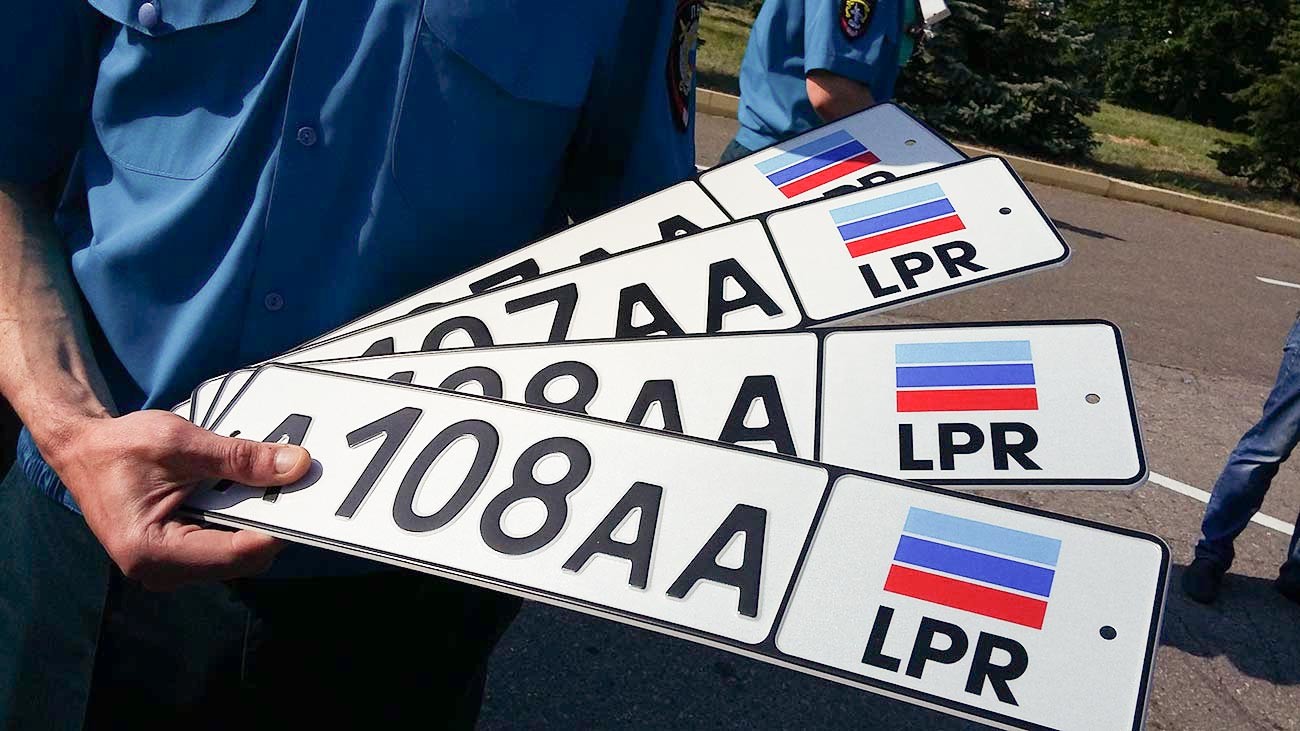 The partly recognized Abkhazian republic also has its own license plate with the ‘ABH’ code and a flag.