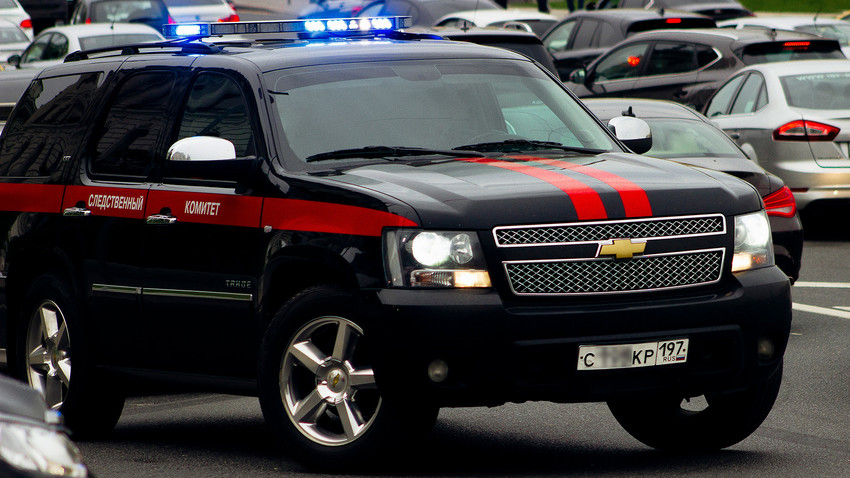 Pavel Kuzmichev
Like all countries, Russia has a system for vehicle registration. Naturally, there are various hidden messages that can be conveyed through a combination of letters and digits. Learn about which numbers unofficially belong to the authorities, the black market for license plates and provocative three-letter combinations.

Most Russian license plates consist of three letters, three digits and a region code (two or three digits). It is permitted to use only those 12 letters of Russian alphabet that look exactly like Latin letters so that traffic police outside Russia wouldn’t have difficulty interpreting the letters when reporting violations by Russian drivers.

Still, there are enough combinations that it is possible to construct “pretty” license plate numbers. Russians are extremely fond of this practice, and many people think that “pretty” numbers speak to a certain kind of “driver’s charm.” Sometimes, these plates cost a fortune and are a way of showing off one’s wealth and power. 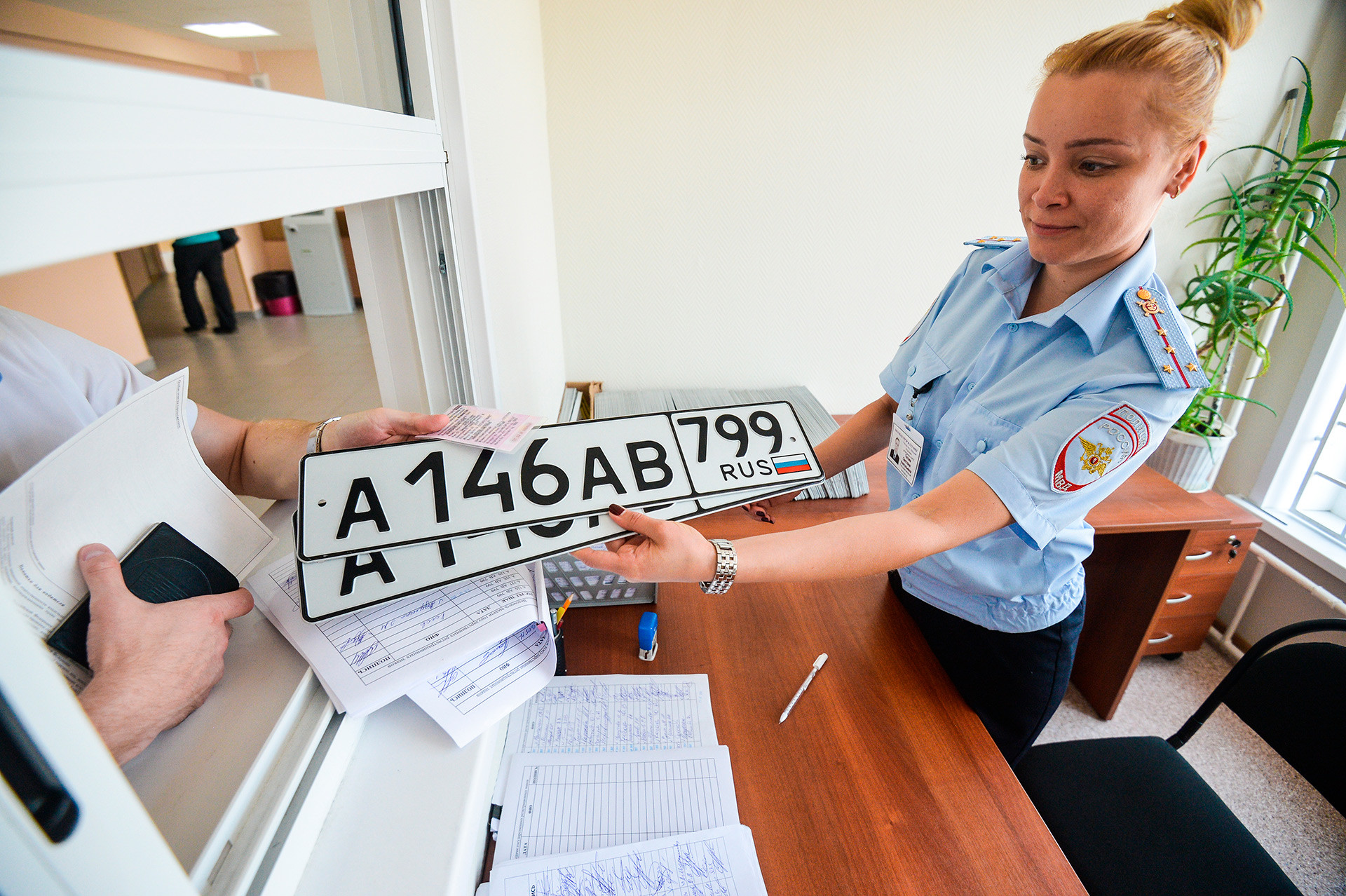 However, journalists in Moscow soon spotted Porsche Cayennes, BMWs and other luxury cars sporting the new “pretty” plates, indicating that they still could be purchased. A few days after the introduction of the new series, an ad appeared on an internet site selling “pretty” license plate numbers. For example, “A001AA777” was listed at 900,000 rubles (around $27,000 at the time) and sold within 24 hours. 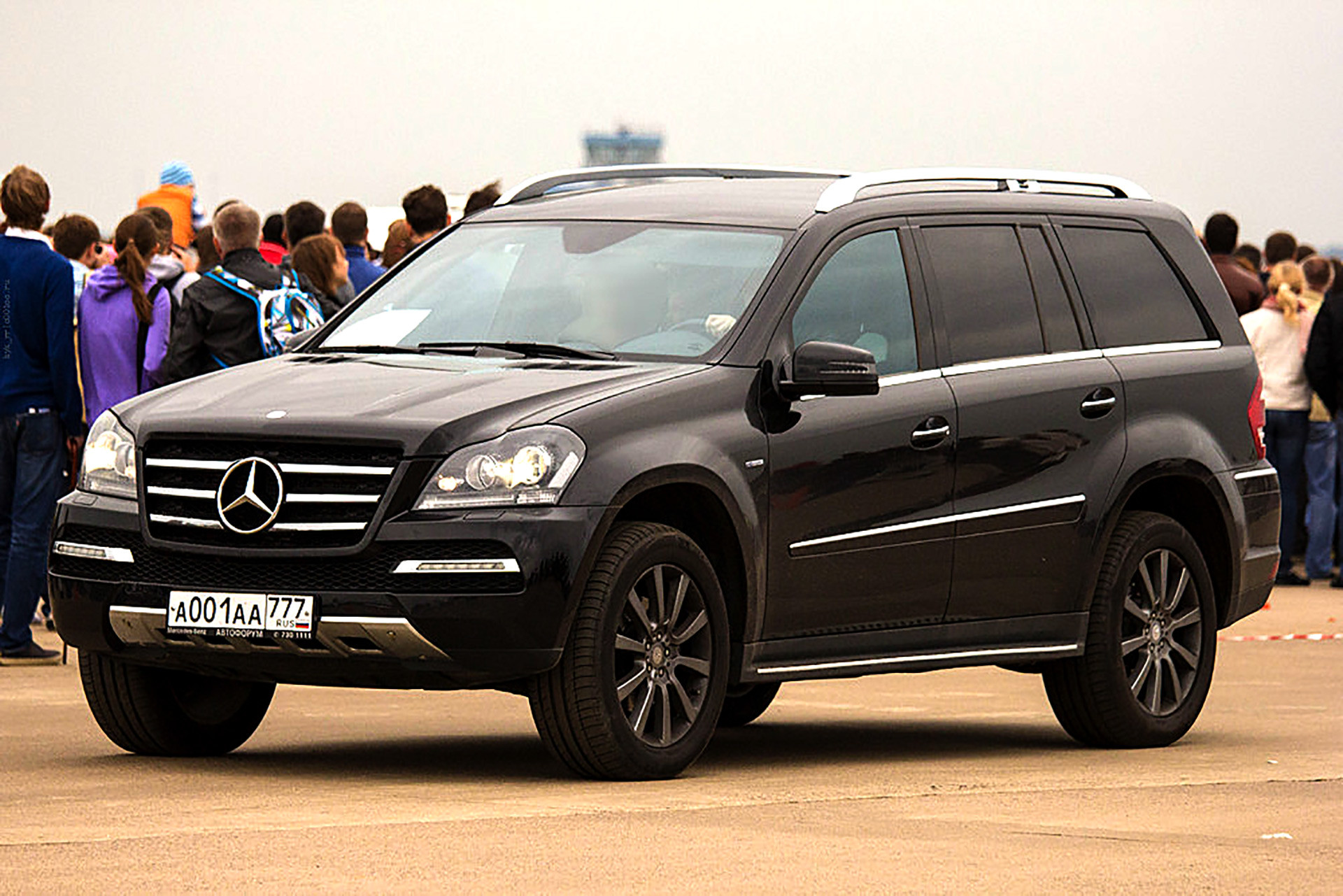 Some drivers still believe that you can buy certain license plate numbers that make you immune to being stopped by the police or being issued speeding tickets from roadside cameras. This is only partly true. It is likely that some traffic police officers outside Moscow might think twice before stopping a car with three identical letters on its plates — after all, it could belong to some high-ranking official. But in Moscow and St. Petersburg, such plates mostly just attract more attention — a Moscow policeman might look even closer at such a car and its driver. Finally, no numbers make one immune to traffic cameras, which issue tickets regardless of whether your plates are “special” or not! 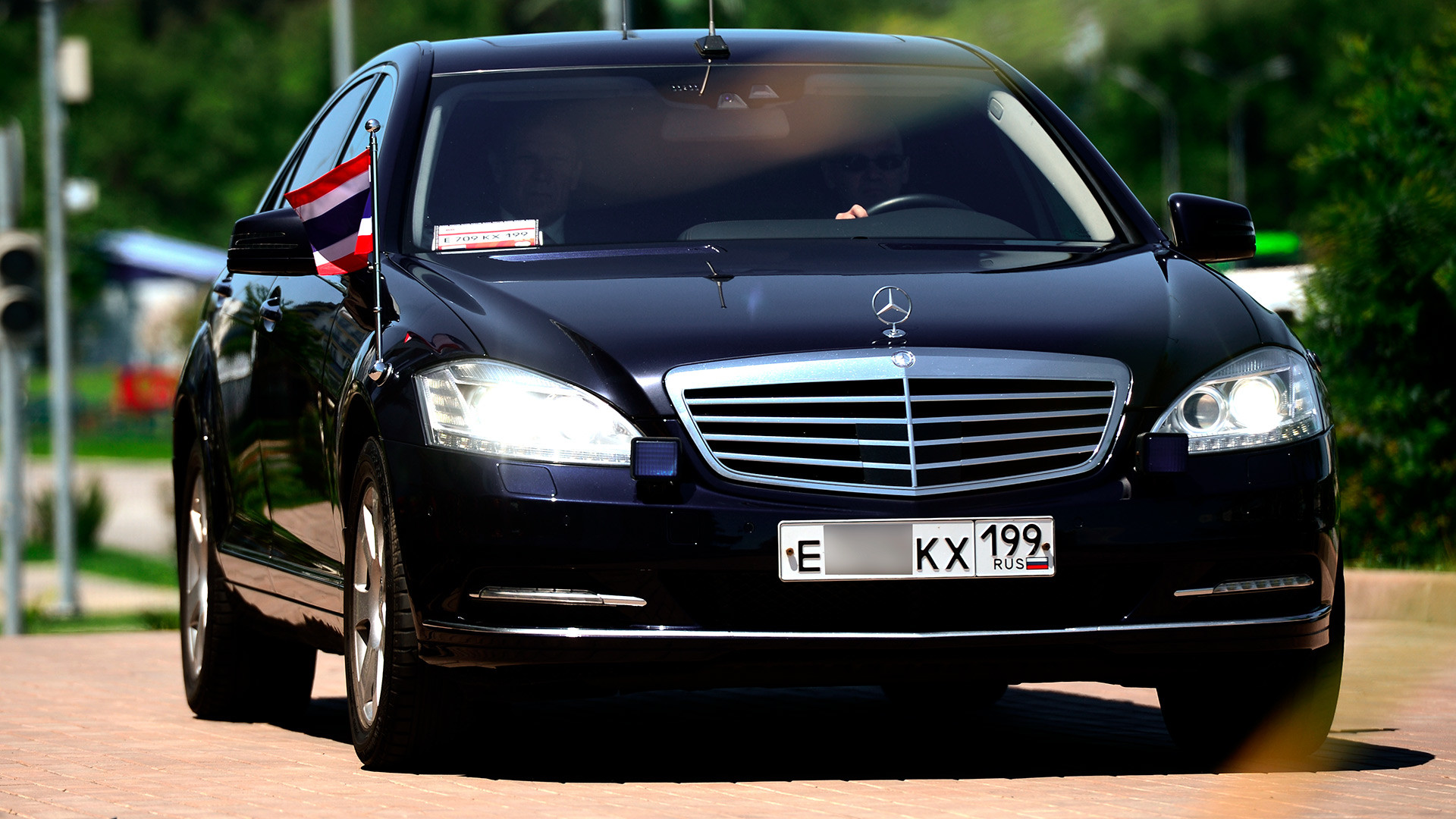 That said, there are really two combinations that are assigned to government vehicles. The first is “AMP,” formerly the unofficial abbreviation for “Administration of Russian Militia.” Now these belong to cars of the Ministry of Internal Affairs, the Ministry of Foreign Affairs, the Ministry of Defense, Federal Security Service (FSB) and other high-ranking bodies. Second is “EKX,” unofficially short for “I Drive How I Want,” which is reserved exclusively for cars belonging to Federal Protective Service (FSO - not to be confused with FSB), the guys who protect high-ranking officials such as the president, the prime minister and the heads of the main federal ministries. These two kinds of plates are unavailable for “purchase,” even on the black market, with the security services keeping close tabs on these numbers.

Some ideas for license plate numbers are quite imaginative. We’ve seen some adorable examples, such as “M444AO,” which combines the name of Mao Zedong with the Chinese number for death, or “C666ET,” which features the name Seth, the Egyptian god of the underworld, along with the number of the devil, which is already quite popular (and expensive) on its own. 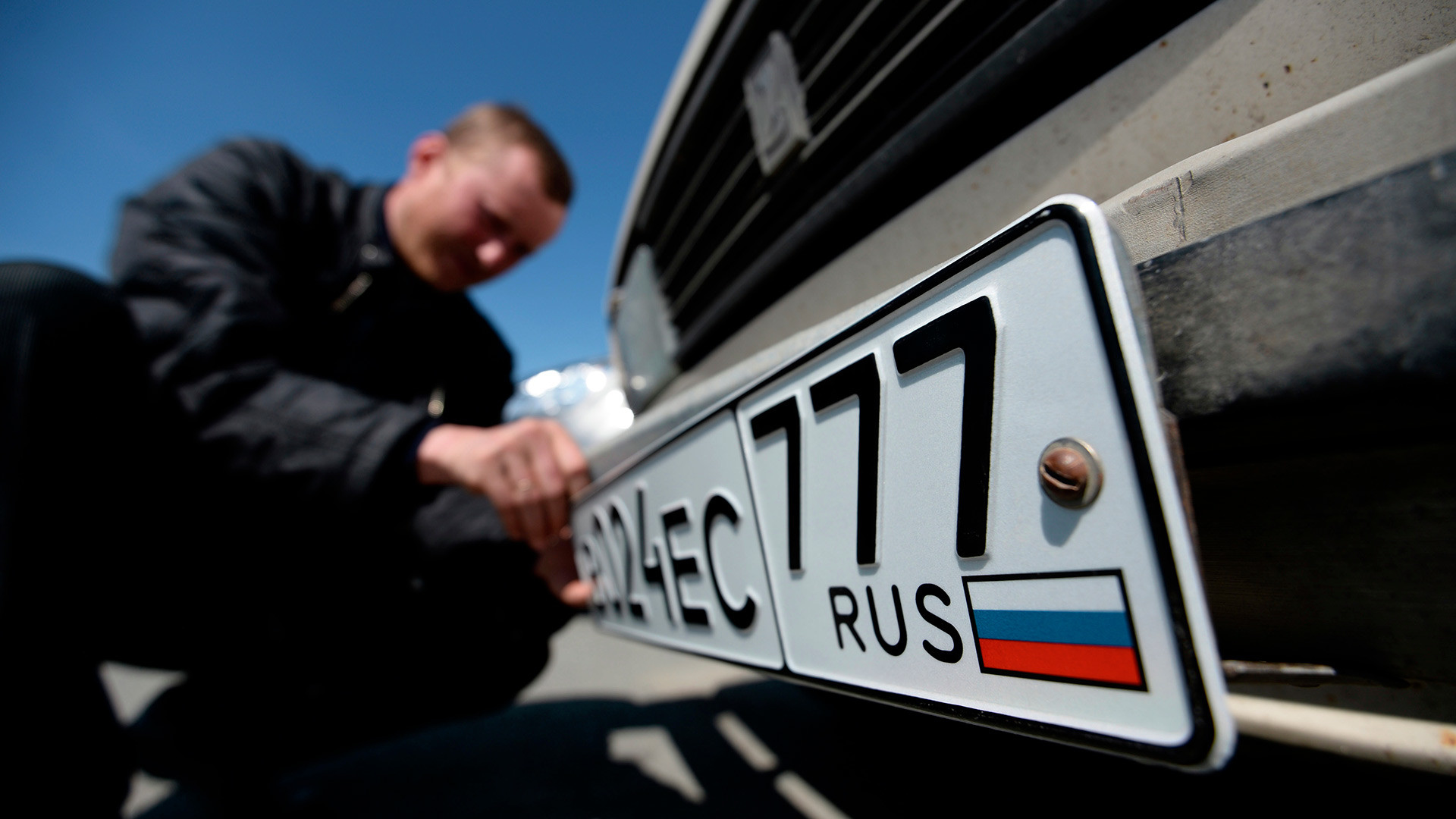 There are a lot of letter combinations that simply have a menacing meaning. “BOP” (“thief” in Russian) is a popular combination among people who sympathize with criminal culture. “AYE” (“anonymous criminal unity”) is another one in this style. There was even an initiative in the State Duma to ban such combinations from use because they “promote criminal culture,” but it didn’t become law. Another dangerous looking plate is “KPA95.” 95 is the region for Chechnya, and the “KPA” part is short for “Kadyrov Ramzan Akhmatovich”— the name of Ramzan Kadyrov, who has headed the Chechen Republic since the mid-2000s. For many Russians, Chechen people are perceived as having a really explosive temper. “AKM” (an abbreviation of “modernized automatic Kalashnikov”) implies that the driver is as menacing as the famous firearm.

Some license plates express the driver’s scornful attitude toward other motorists. “XAM” (“boor” in Russian), “OPK” (“orc”), “CPY” (meaning “I defecate”) speak for themselves. People in fast cars sometimes have an affinity for license plates such as “YXY” (“woohoo”), “PBY” (“ripoff”) or “PPP” (an imitation of the sound of an engine revving).