Why do Russian registration plates only use 12 letters of the alphabet?

Lifestyle
Russia Beyond
Artem Geodakyan/TASS
The letters Щ and Ы and many others are not road legal.

The first vehicle license plates appeared in Russia in 1920, but it was only in the 1930s that a single standard system for automobiles and motorcycles was introduced. Each number consisted of two letters indicating the region and two pairs of digits separated by a hyphen. At first, license plates were black on white (or on pale orange, for motorcycles and trailers).

In 1959, a new format was launched: white figures on a black background for private vehicles and black figures on a white background for diplomatic vehicles. In the USSR, any letters of the Cyrillic alphabet could be used except for the letters Ё, Й, Ъ, Ы, and Ь. The letter Щ was generally avoided too. Letters from the Latin alphabet that did not look like Cyrillic letters were, of course, out of the question 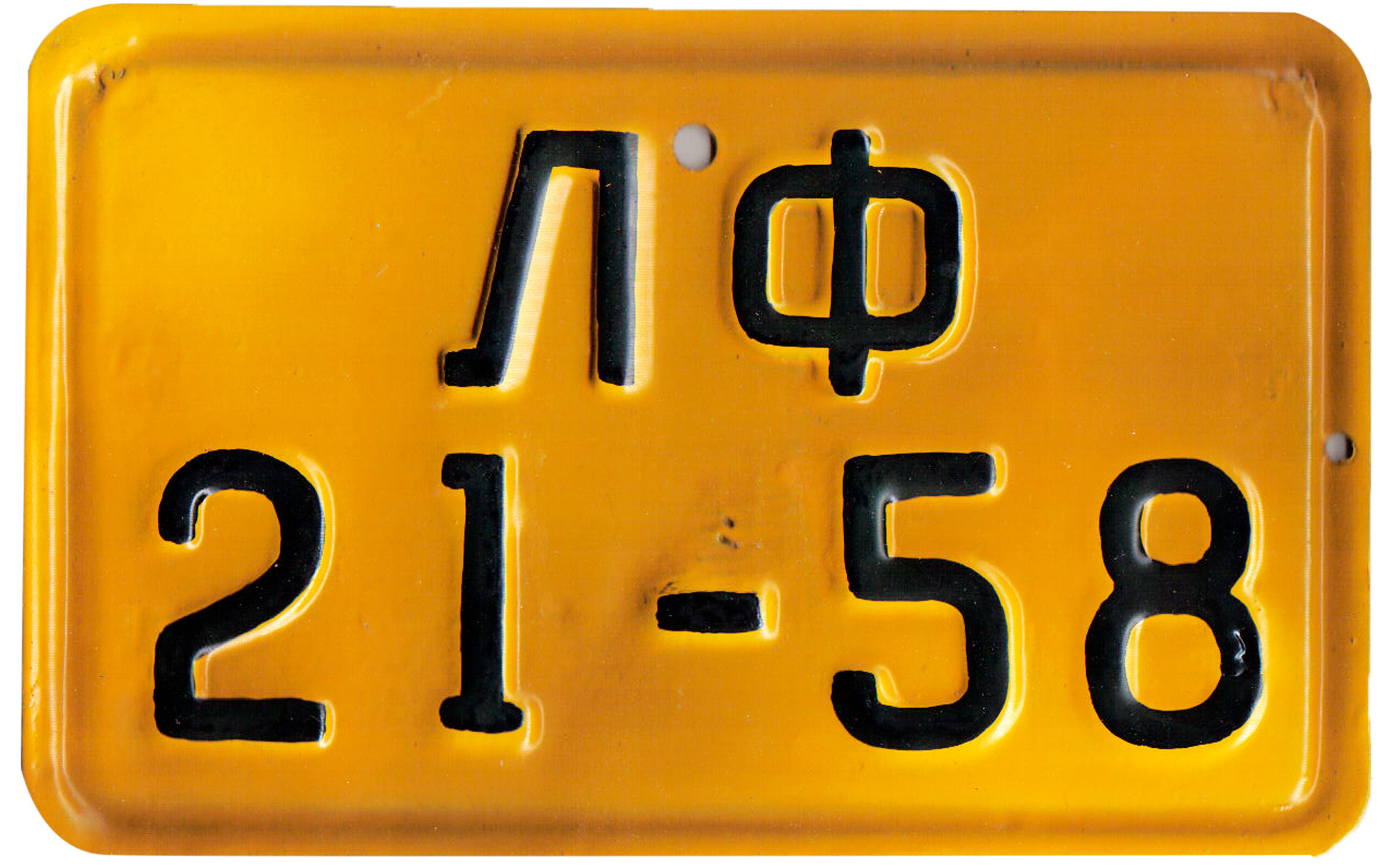 1990, Soviet republics began to add letters from their national alphabets to their registration plates. Thus, the letter I appeared on Ukrainian plates and the letter L, on Lithuanian ones 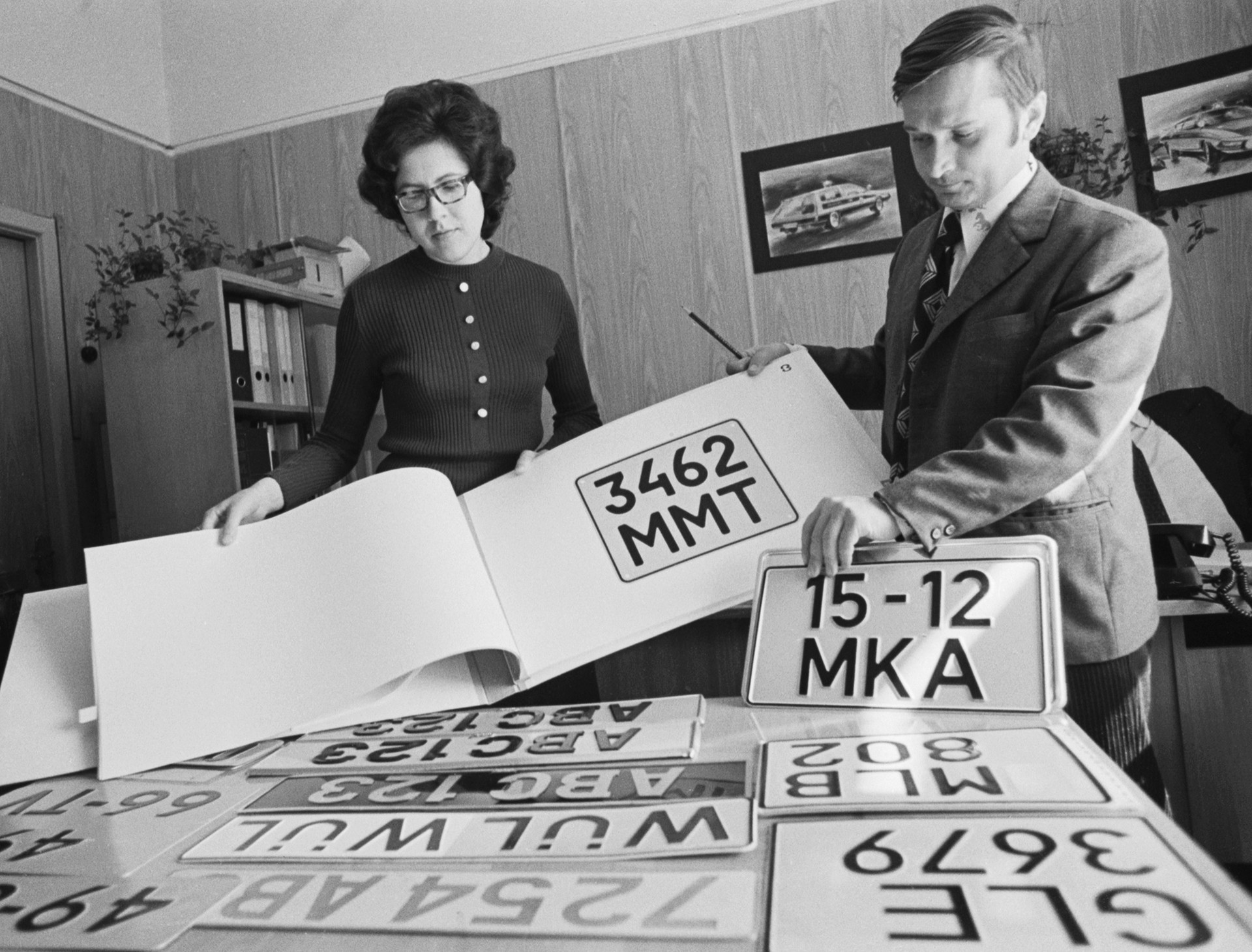 1993, after the breakup of the Soviet Union, a new state standard for Russian license plates was introduced. Since then they have consisted of three digits and three letters. Furthermore, only those letters that have equivalents in the Latin alphabet are used, i.e. A, B, E, K, M, H, O, P, C, T, Y, and X. To the right of the number, there is a regional code and RUS spelled out next to the Russian flag.

Purely Russian letters of the alphabet are no longer used because they would be unintelligible to most foreign drivers. Imagine, for example, that a foreigner has to remember the license plate of a car involved in a traffic accident that has the letter Ж in it, which he or she likely would not be able to reproduce orally or in writing. With the opening of the borders, more and more Russians began to travel to Europe and Europeans to Russia and the country joined the 77 countries of the (1968) Vienna Convention on Road Traffic, which stipulates a common standard for traffic regulations, road signs and license plates

countries that are members of the Vienna Convention, also have to use Latin alphabet letters, although they often duplicate them in their own national languages - for example, in Saudi there are double numbers.

In Russia, many drivers covet 'beautiful' numbers. Officially, the distribution is random, but there are plenty of online firms offering catchy combinations of letters and numbers - often at high prices.

Moscow is a good example of a conurbation where possible combinations are rapidly exhausted particularly rapidly, due to its size and number of vehicles. Thus, Moscow license plates have several regional identifiers: 77, 97, 99, 177, 197 and 199. In 2013, when it became necessary to introduce an additional code for Moscow, traffic police chose 777, instead of the more obvious 277. Various official explanations were given: allegedly, 7 takes up less space and fits better within the section of the plate reserved for the regional code; or speed cameras find it easier to record. Another motive may offer a more credible explanation: Muscovites now have a chance to pick up combinations considered both cool and lucky, such A777AA777

combinations like Х, Е, Р (dick) or С, Р, У (taking a poop) are largely shunned by motorists, although there are those who are prepared to pay extra for them, for the sake of braggadocio, if nothing else 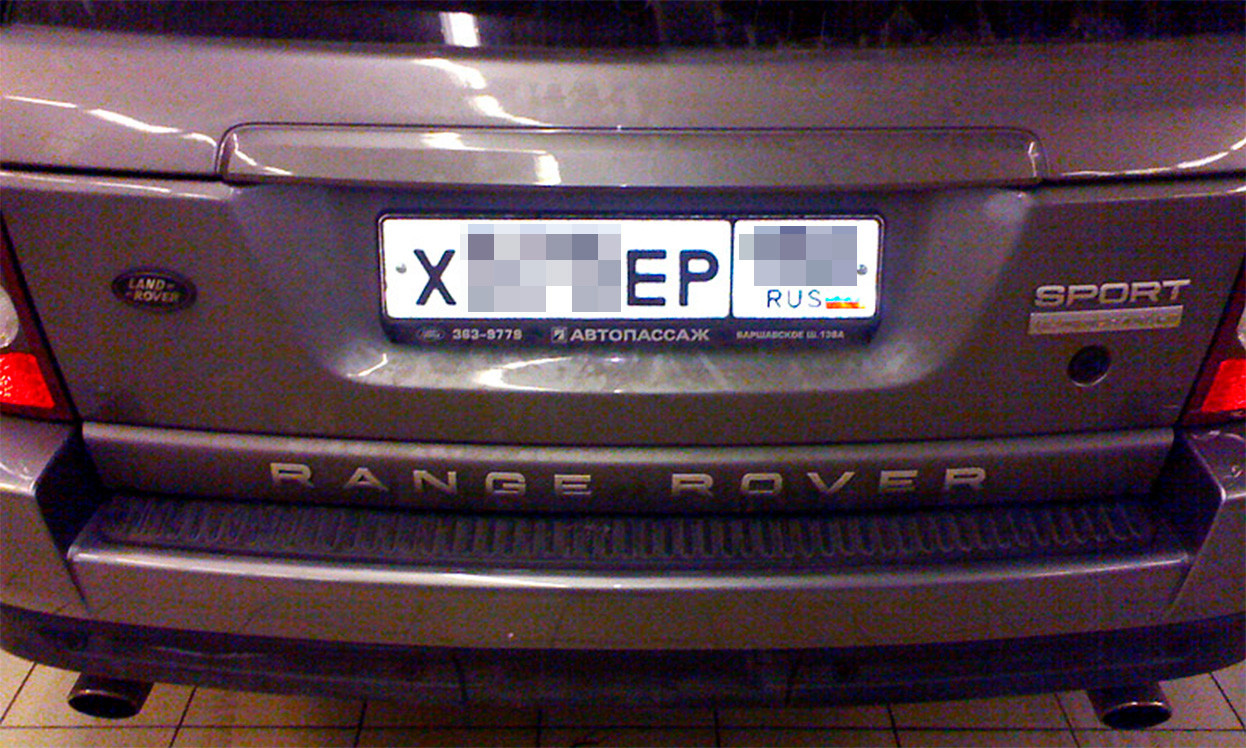 in the U.S. are considered lucky by many of those who love personalized plates, as they can choose any letters for their license numbers. Immigrants from Russia take advantage of this freedom to 'troll' each other. Read the full story here. 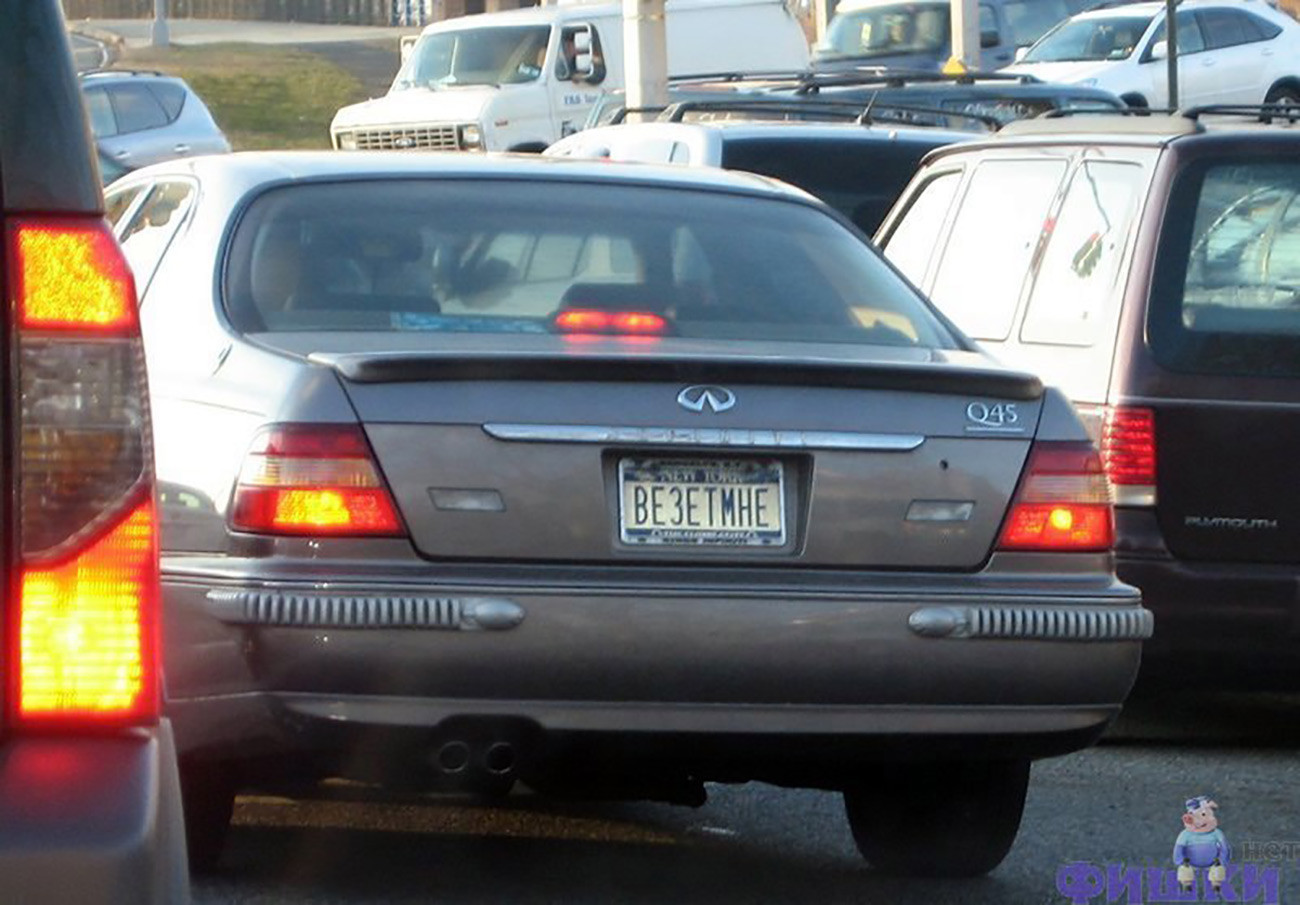