10 cars Vladimir Putin has taken for a spin 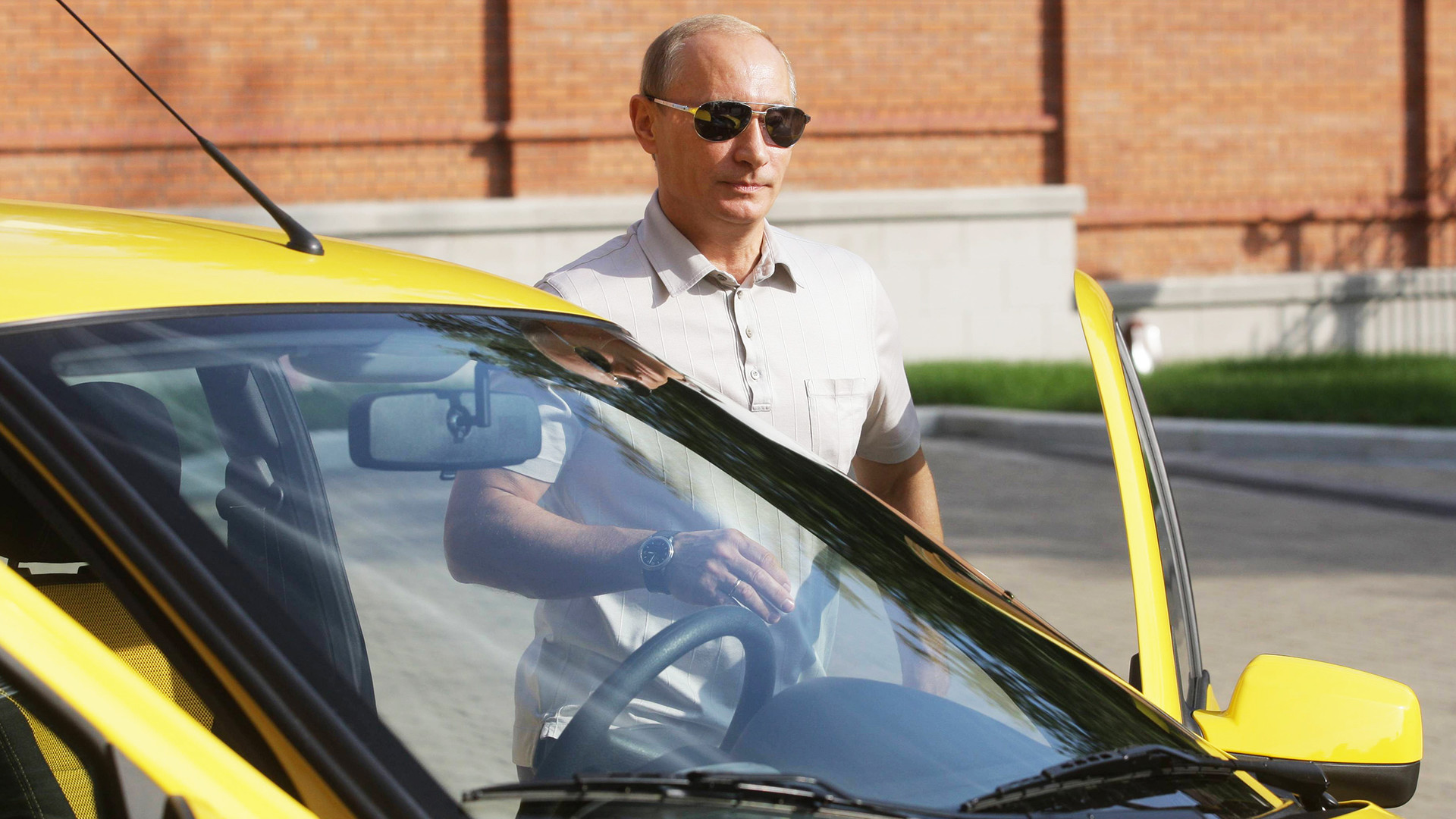 Alexei Druzhinin/Sputnik
Most of the time Putin is escorted from A to B in a convoy of armored vehicles, but he’s known to enjoy getting behind the wheel himself. He has a soft spot for vintage Soviet models and once gave George Bush a lift in a GAZ-21. 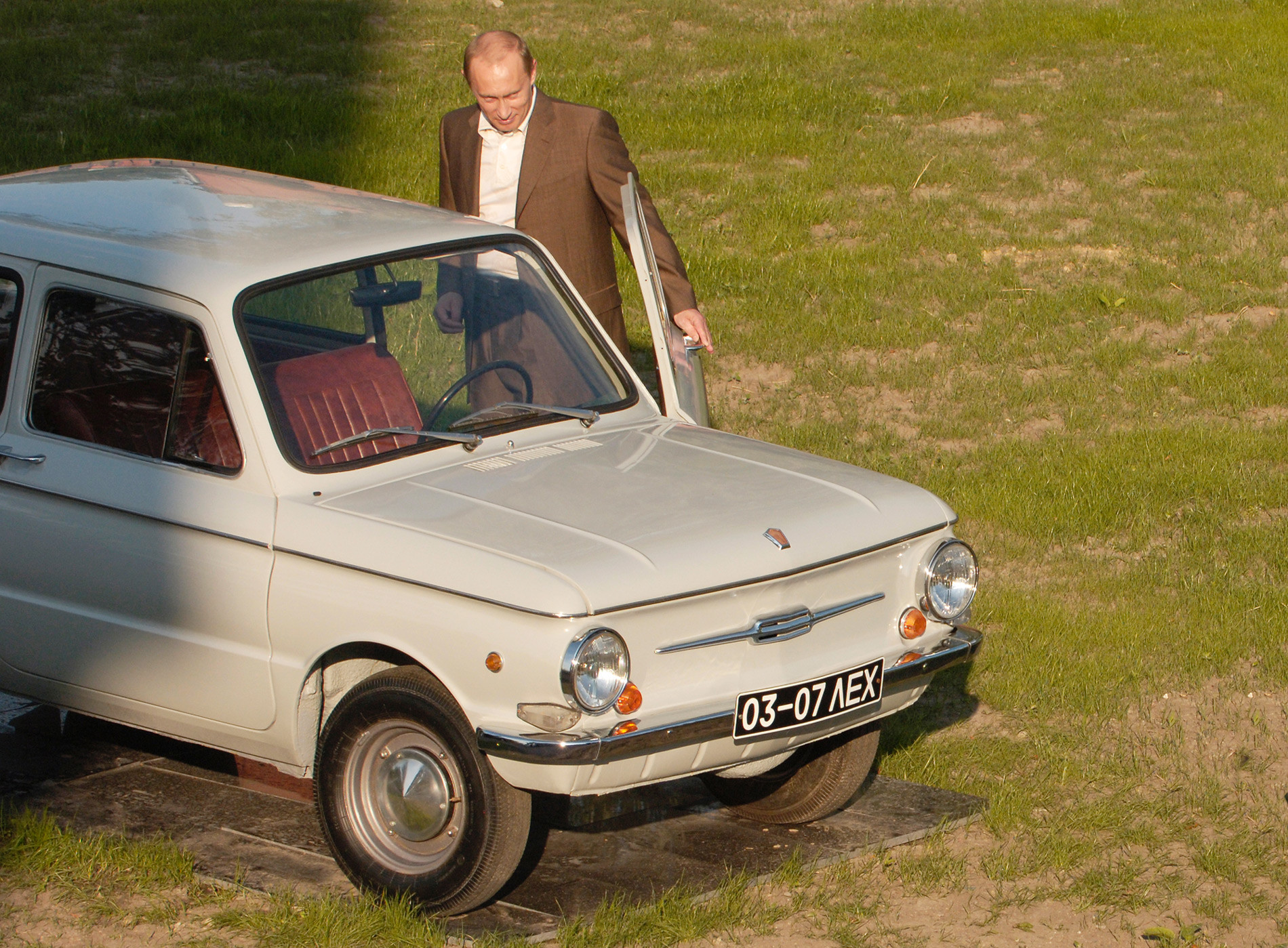 Rather unfortunately known as the “clumsiest” Soviet car, the ZAZ-968 was the first vehicle Putin drove. His mother won it in the lottery and gave it to her son as a gift.

Putin covered thousands of kilometers in the car before selling it to one of his KGB colleagues. When he became president he was reunited with the very same ZAZ-968 and it now resides proudly in his garage. 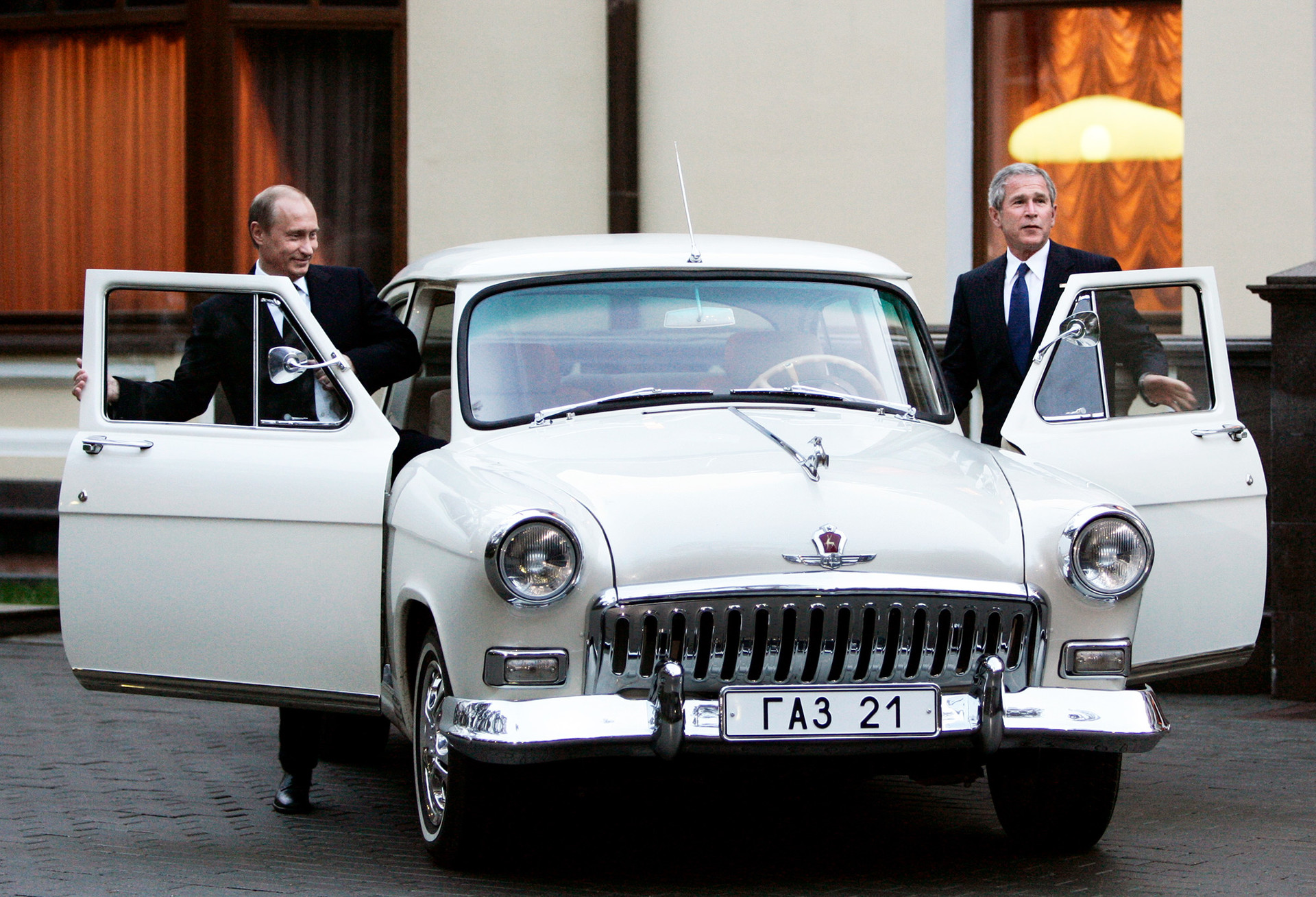 Russia’s president is a huge fan of Soviet cars and in 2005 he purchased Volga. George Bush rode shotgun in the saloon while Putin showed off his driving skills during a meeting between the two leaders in 2006. 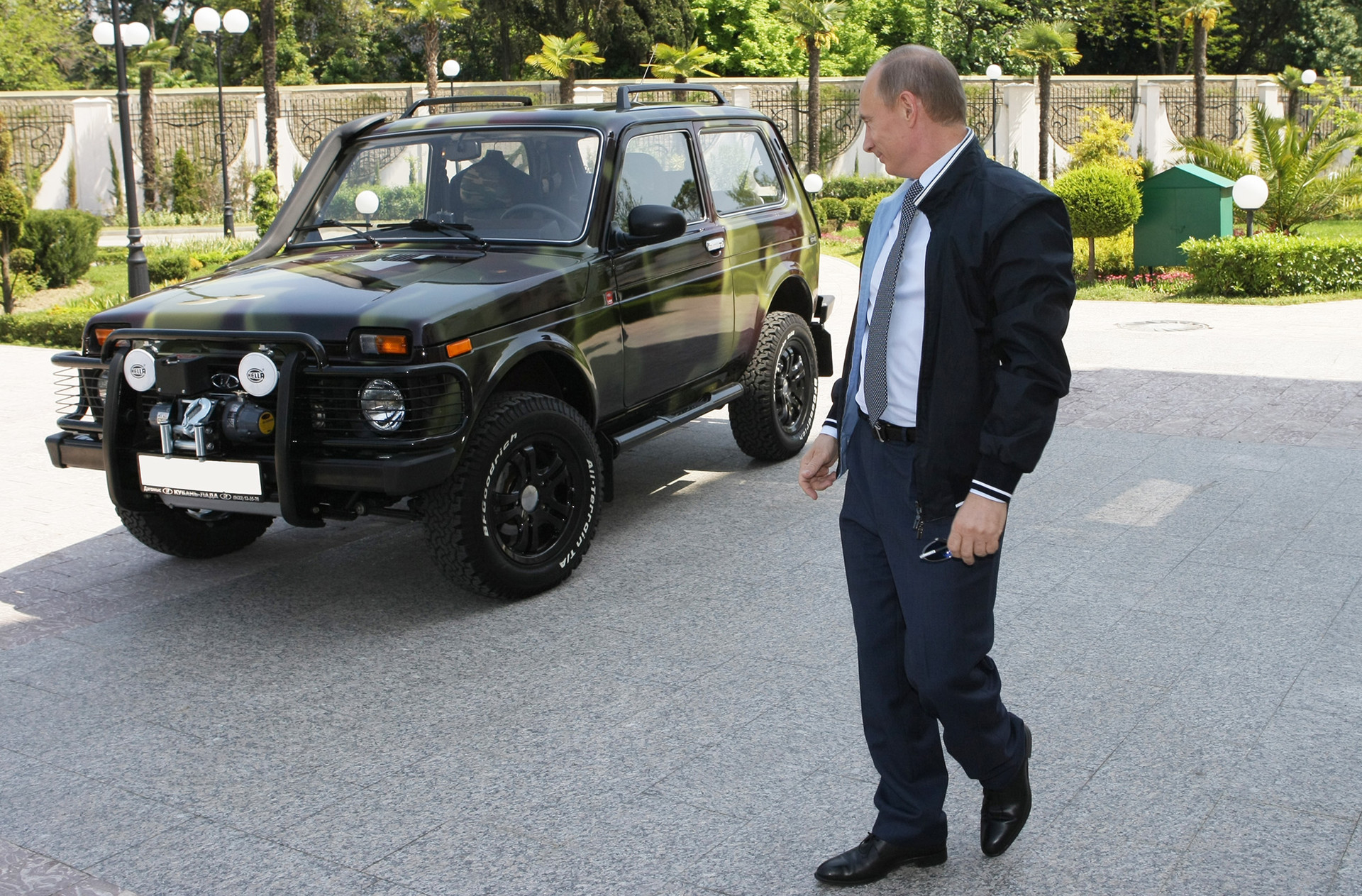 Putin got his hands on another classic straight out of the USSR, a Lada NIVA 4X4, to use for fishing trips. “It’s 100 percent guaranteed to pass where Mercedez cannot, it drives well in the snow,” he said. 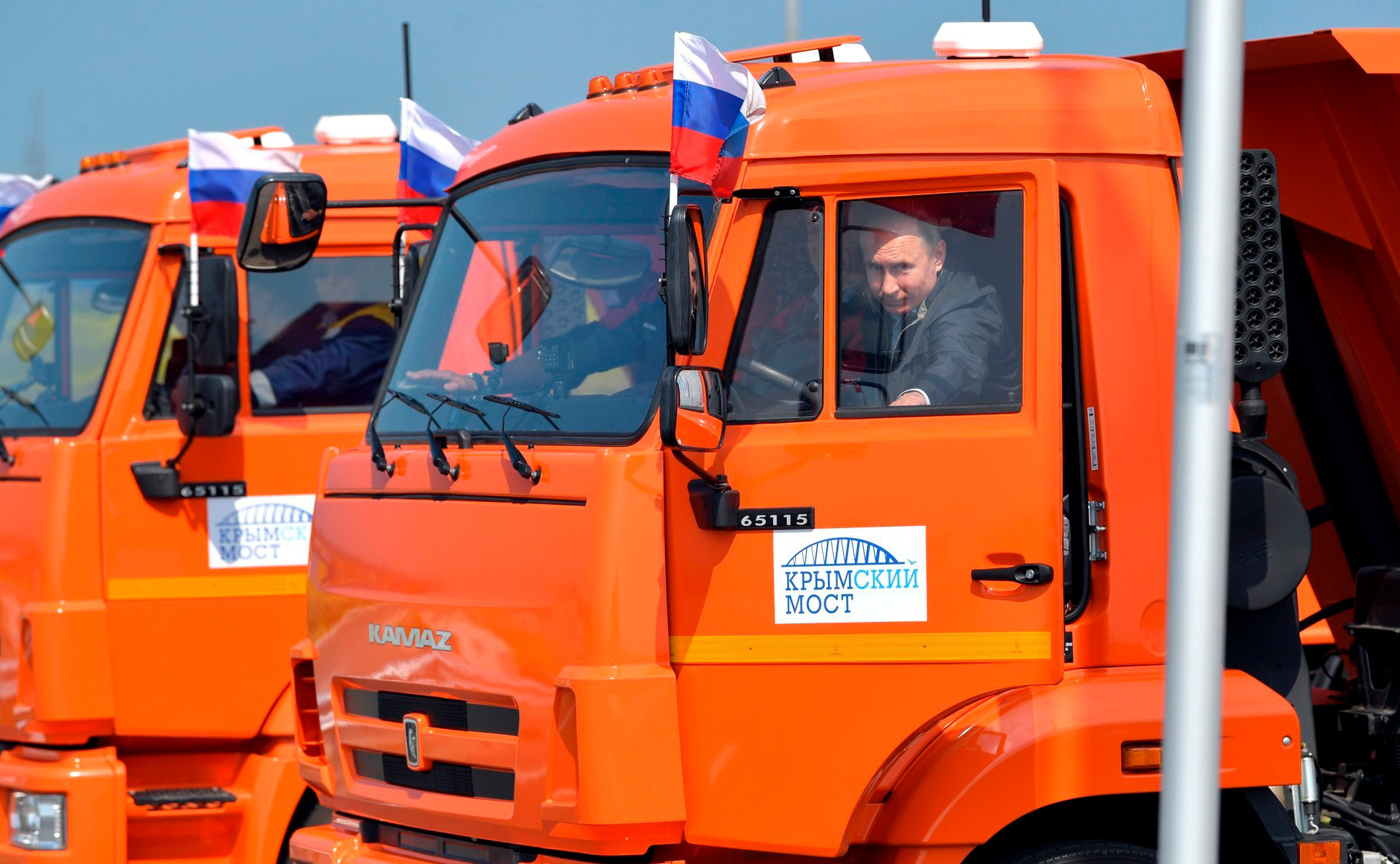 Anyone who witnessed the opening ceremony of the Kerch Strait Bridge (aka Crimean Bridge) on May 15, would have seen Putin behind the wheel of a KAMAZ truck. The president was spearheading a convoy of 36 vehicles that crossed Europe’s longest bridge in just 16 minutes. 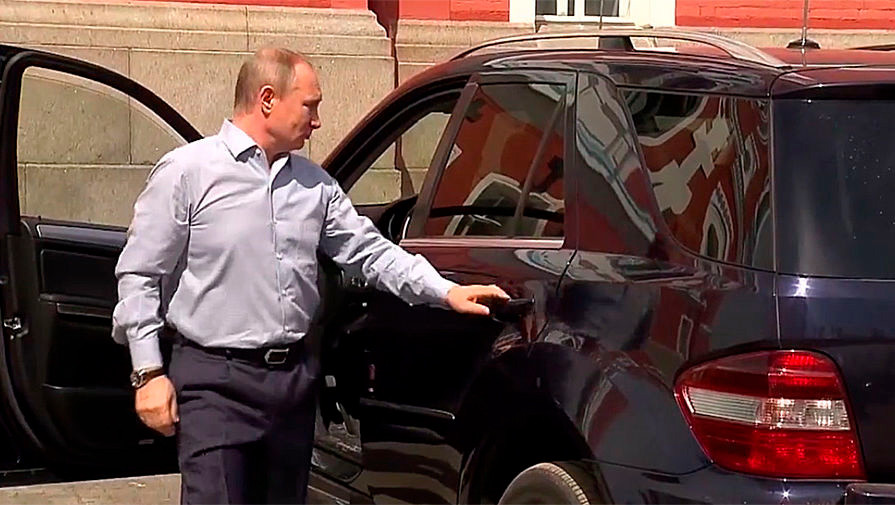 Despite preferring domestically made cars Putin rarely turn his nose up at the chance to test drive foreign cars. In 2017 he rocked up at the ancient Valaam Monastery in a Mercedes ML with his driver in the passenger seat. 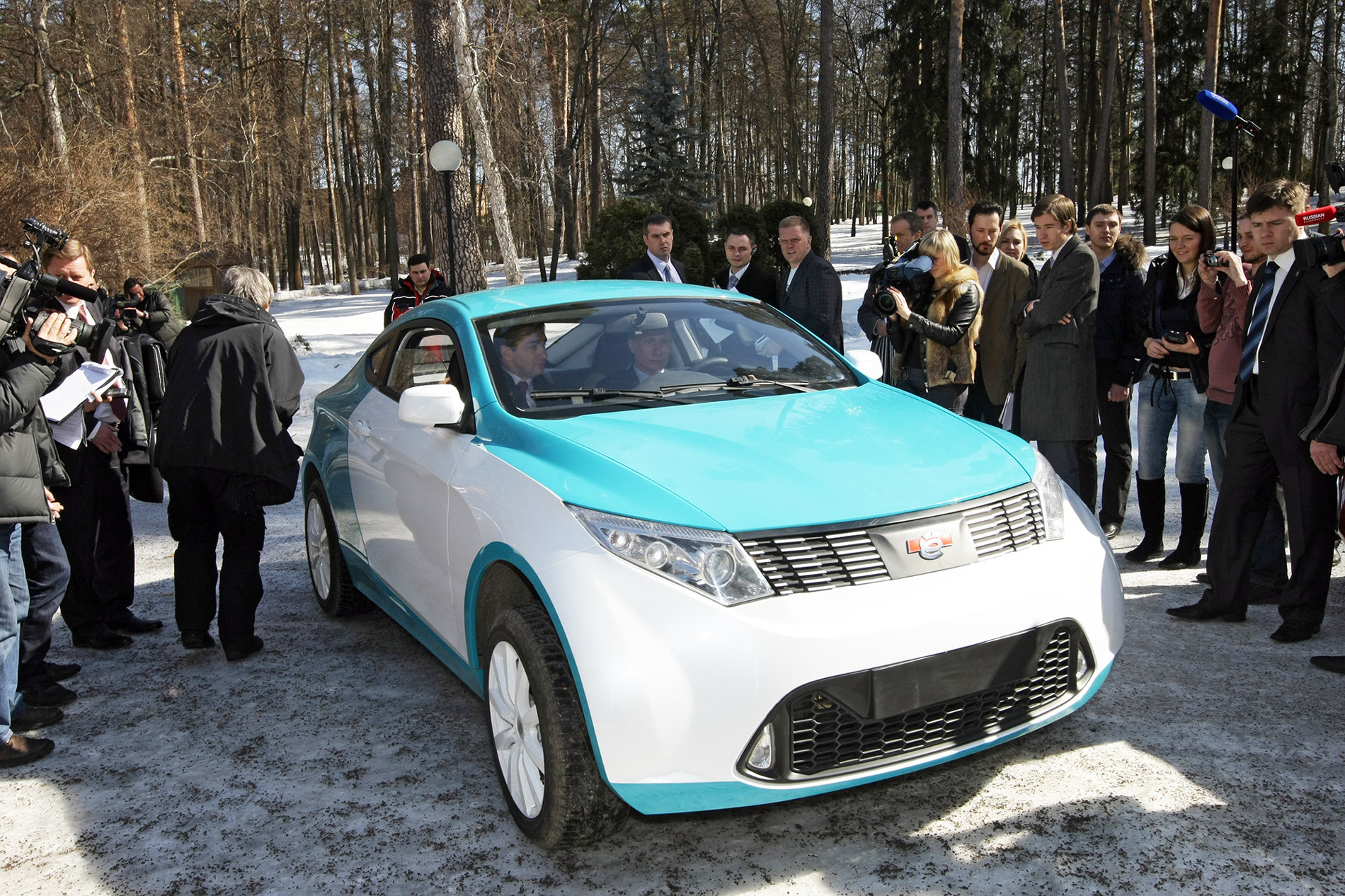 The Yo-Mobil was a planned series type hybrid electric car that never saw the light of day aside from a few prototypes. Putin managed to drive one before the project was scrapped in 2014. 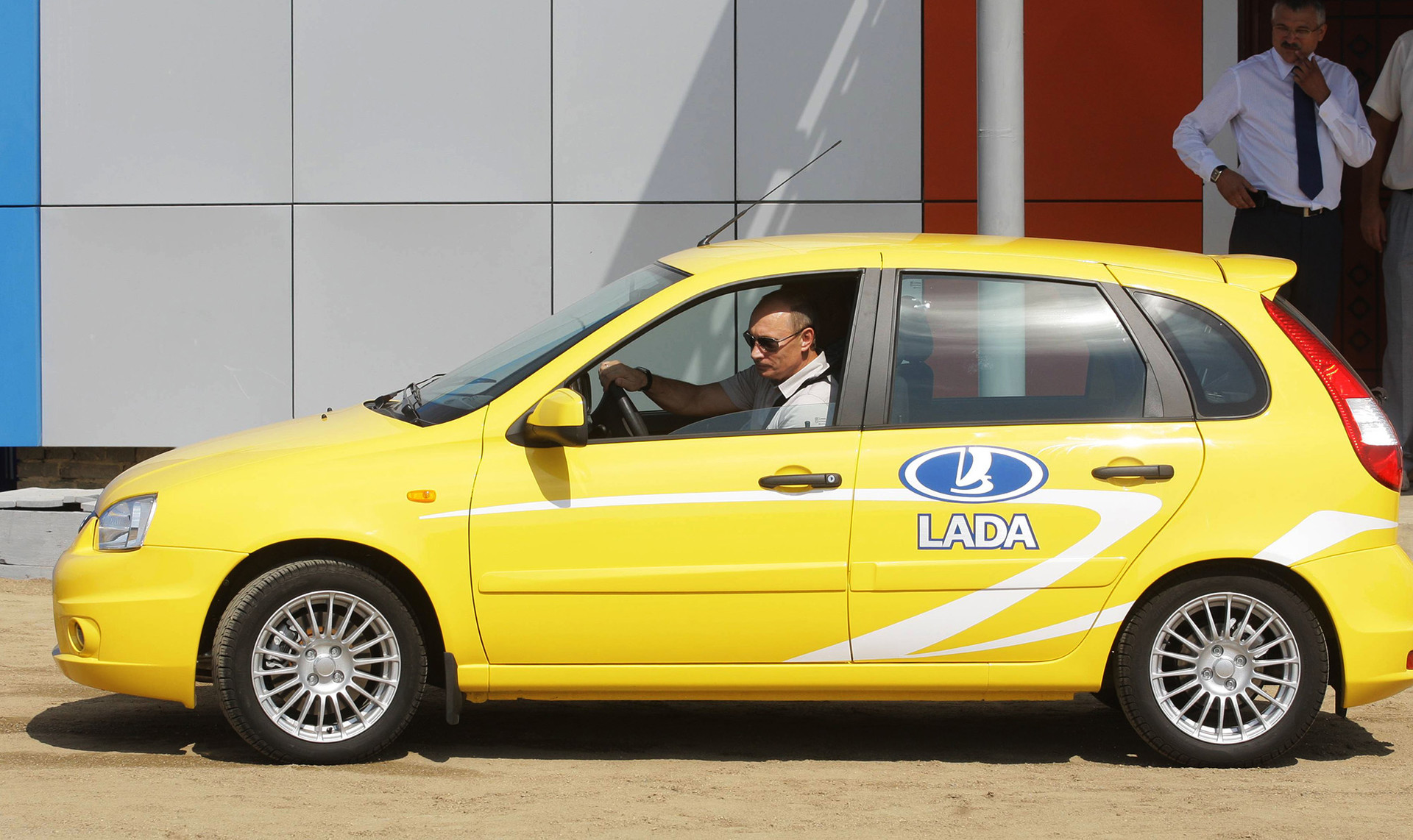 2010 Putin embarked on a four-day, 2,000-km road trip across Russia’s East from Khabarovsk to Chita. His car of choice for the journey was a Lada Kalina and he was impressed, calling it “outstanding.” 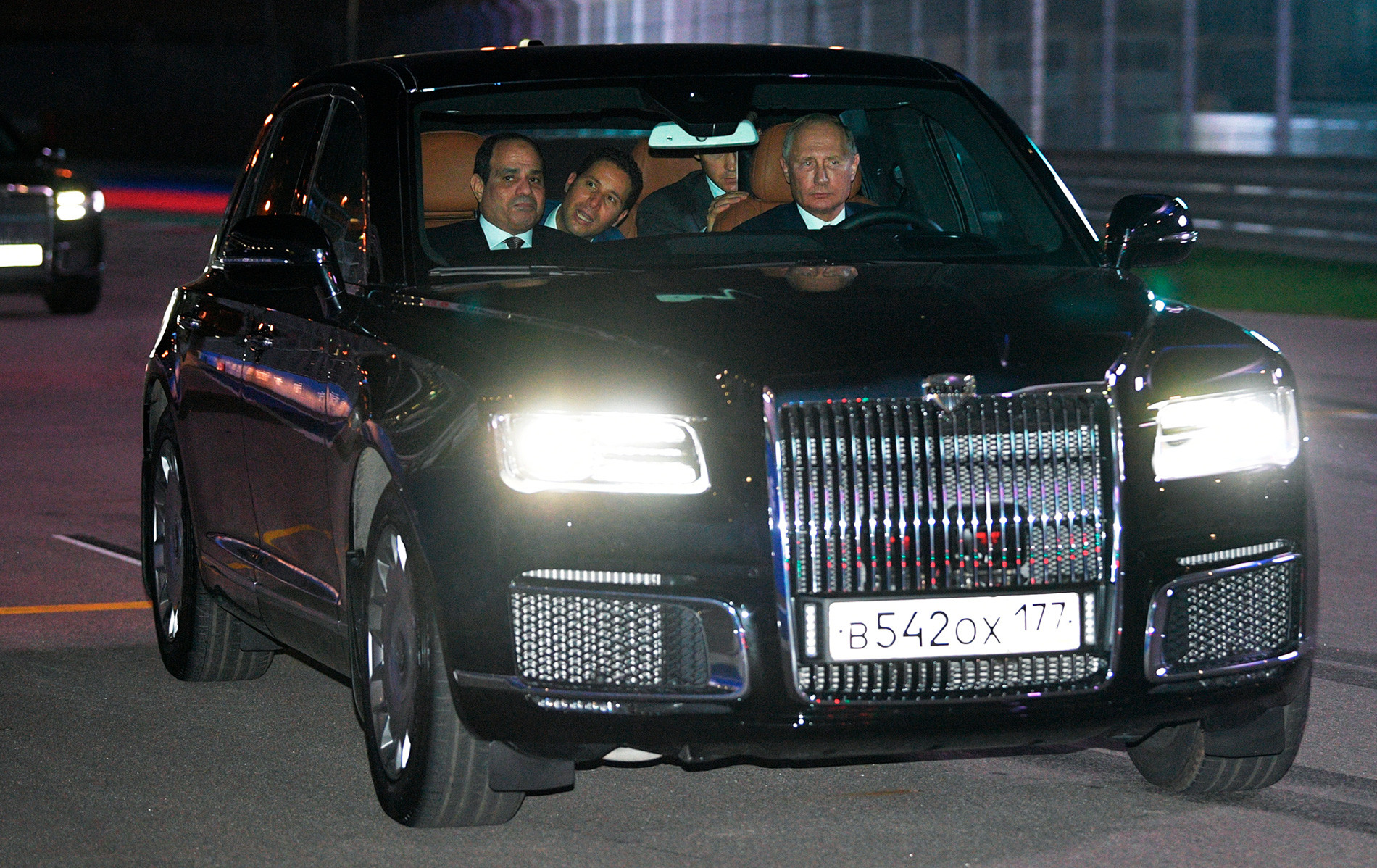 around during working hours Putin often rides in an armored Aurus Senat limousine. Never one to shy away from a chance to get behind the wheel, he offered Egyptian leader Abdel Fattah el-Sisi a lift during their 2018 meeting in Sochi. 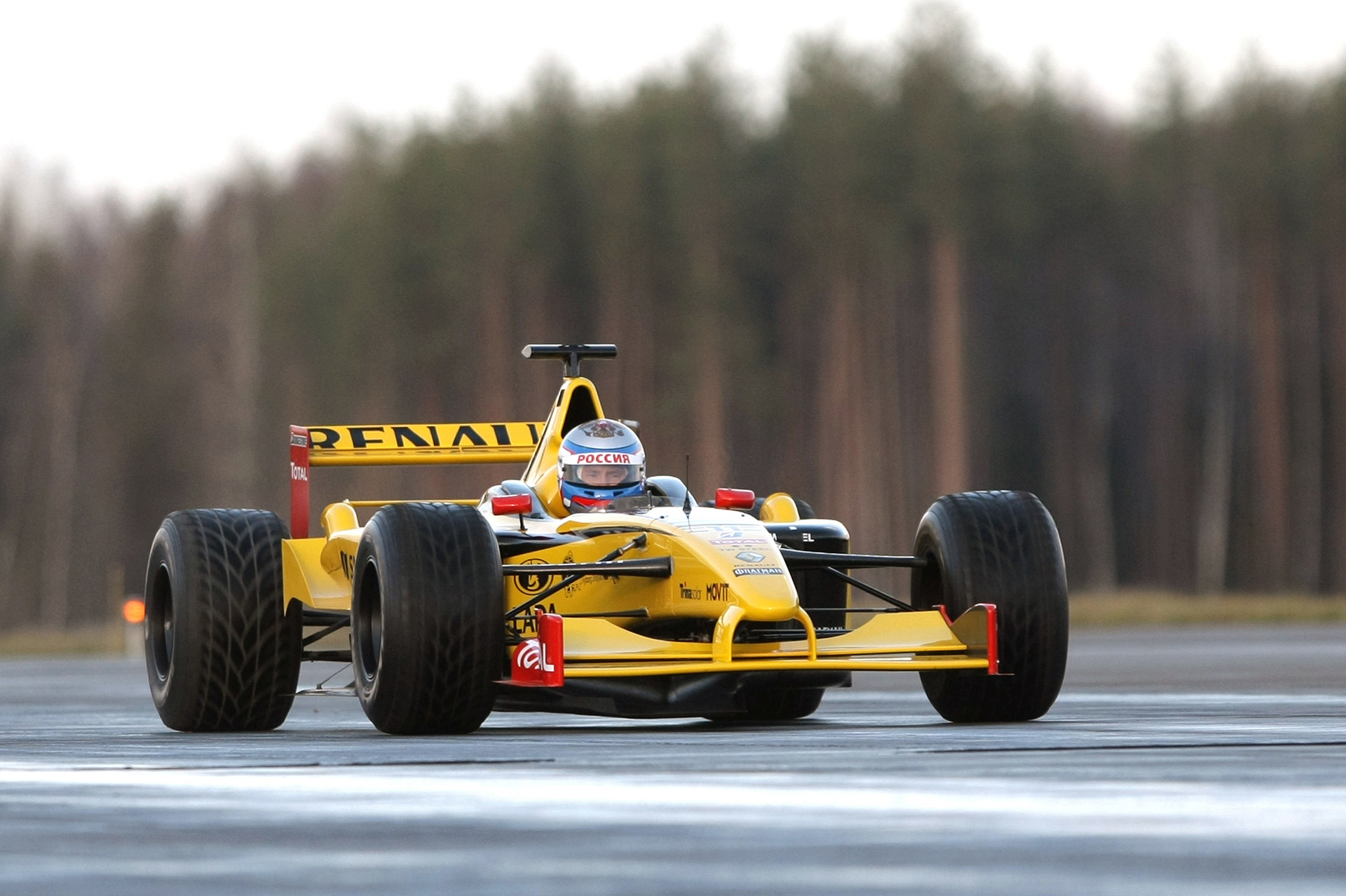 In 2010 Putin took a Formula 1 car for a spin. “Even in my Zaporozhets (his first car, the ZAZ-968) I had more space,” he said. Despite feeling a little cramped he didn’t hold back and put to the metal, accelerating to 240 km/h. 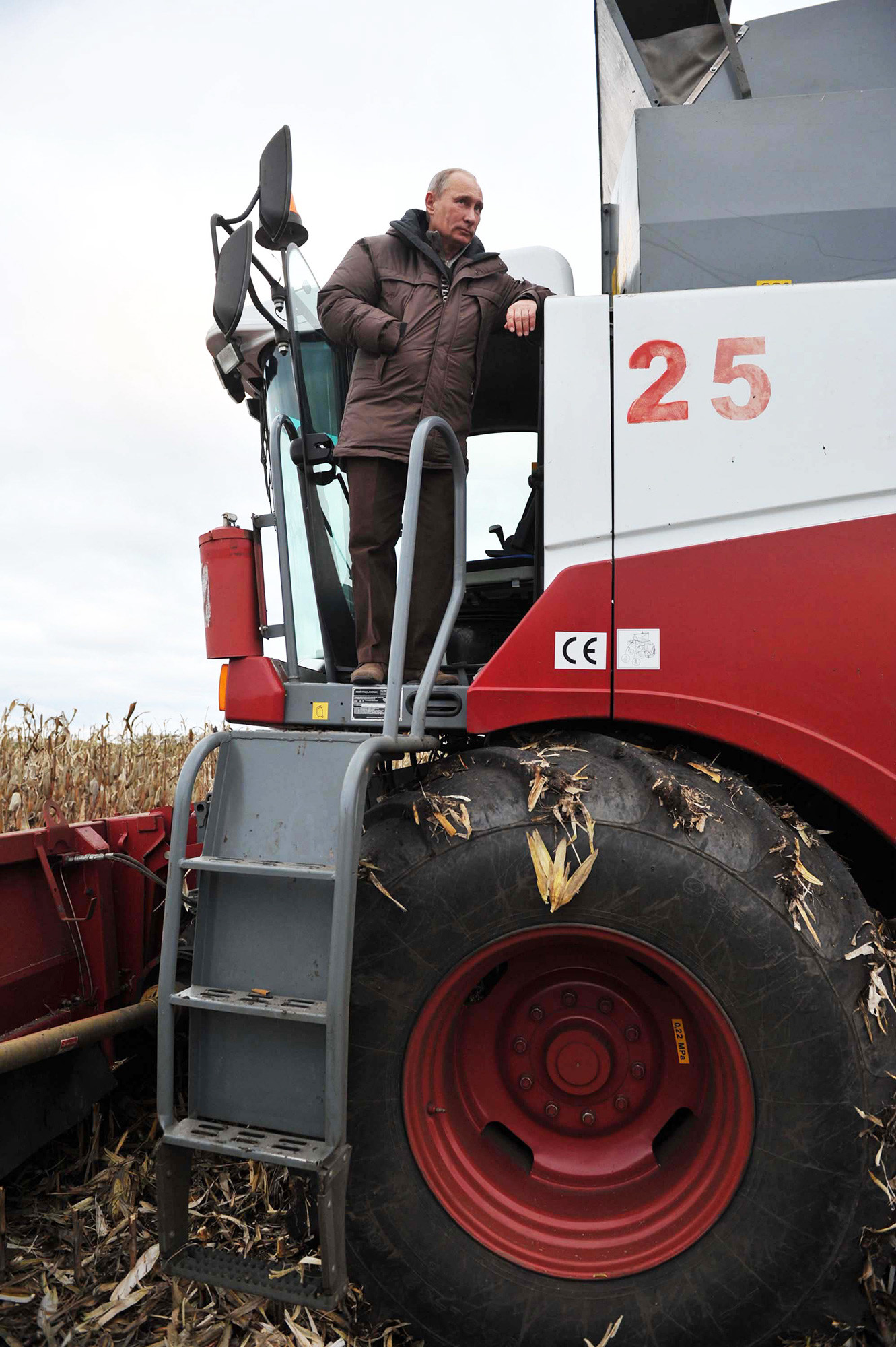 Russia’s leader will try his hand at most things, even driving a massive combine harvester, like he did when he was Prime Minister in 2011. Together with former President Dmitry the duo collected 12 tons of corn.