How CRAZY is driving in Russia? 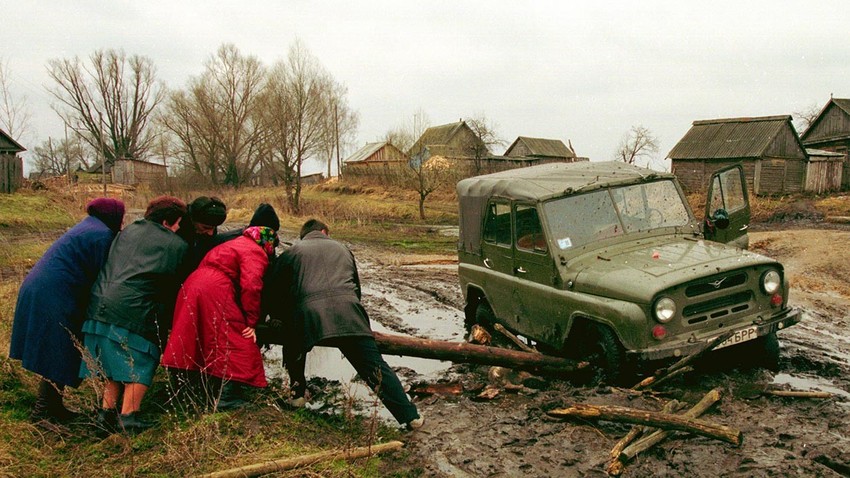 Vladimir Gorovykh/TASS
The internet is chock-full of crazy dashcam videos from Russia. But how real is it all? We decided to ask our readers who have had experience on Russian roads.

“Dashcam Russia” is one of the most popular YouTube search phrases. There are annual compilations of the craziest stuff, as well as ratings of the stupidest and most unbelievable things to take place on Russian roads. Ever see a sedan fearlessly cross five whole lanes like it’s got a deathwish? You’re most definitely looking at a Russian driver!

You get used to a lot of things while living in Russia, so we decided to ask those in the Russia Beyond community, who don’t visit too often, the following question: “How well or how poorly do you believe Russians handle themselves behind the wheel compared to your home country?” The results were conflicting.

‘About 25% could be stunt drivers’

“I’ve had a license in the [United] States since the age of 15. Every time I come to Russia, it takes me about two weeks to acclimatize to the road insanity. Every time I’m a passenger in a car that’s breaking at a red light or whatever and it stops very suddenly within centimeters of the car in front, in my mind, I’m already going through a wreck. Ha ha, everytime it’s like, ‘this is it!’ I don’t think I ever want to drive in Russia personally. It’s too insane!” writes spider.monkey.ninja.assassin.

“One time, when I visited Novosibirsk in 2018, my friend and I ordered a cab. The driver was hearing impaired and had a sign saying he could not hear. My friend, who spoke Russian, told me it said that. On our ride to our destination, the driver was cut off by another driver and became visibly furious. Being hearing impared did not stop him from chasing after the guy and ‘signing’ bad words. Lol, at one point, at a stop light, he rolled his window down and signaled with his arms that he wanted to kick his ass! I was like, WTF, man…!” :)

I love Russians, you guys honestly do not give 2 f*cks. I tipped the taxi driver, I was not expecting that at all. We made it to our destination in one piece and on time. But as far as the roads, yes. Your roads are crappy. Especially when it rains or snows. Just black mush everywhere,” Sergio Santillano writes. 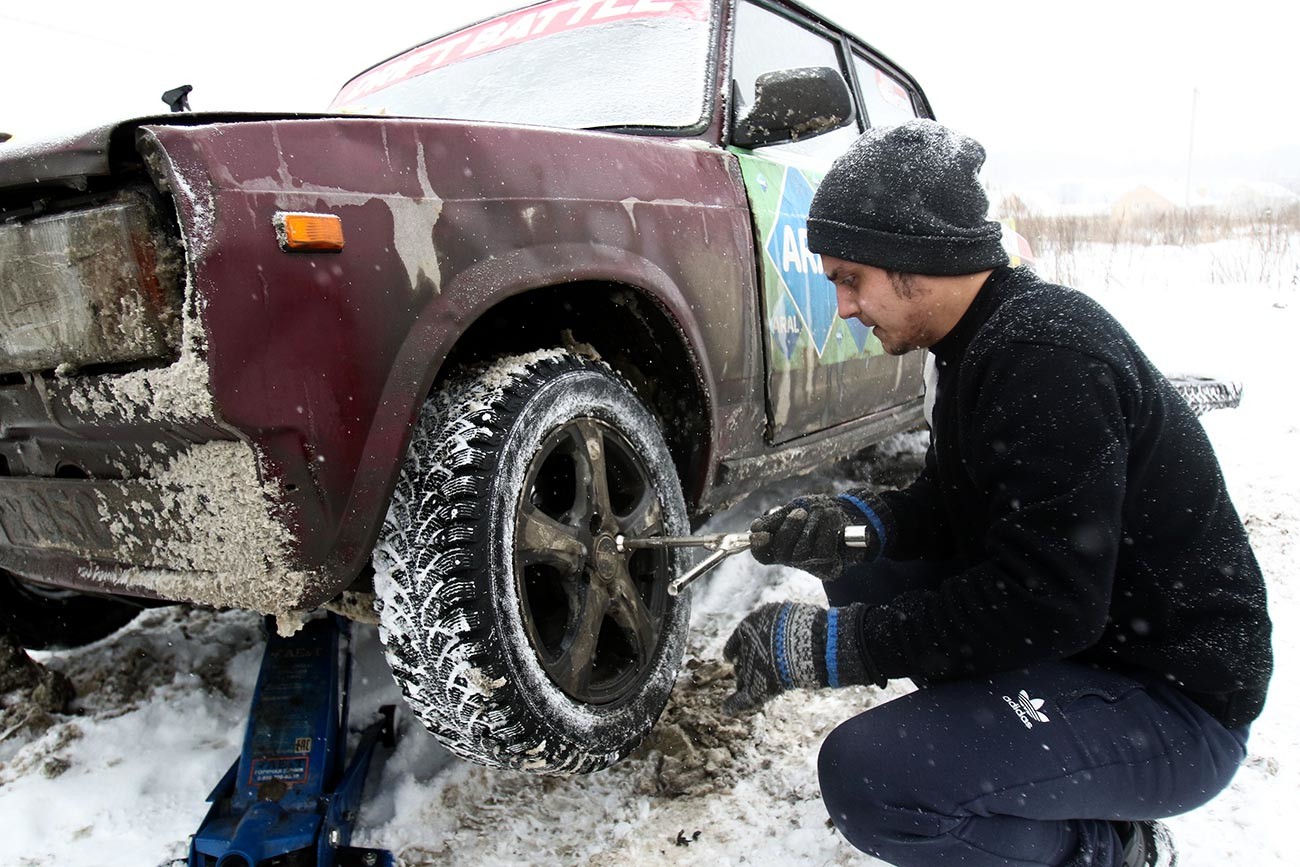 Tim Butler was impressed by Russian courage on the road and was rather impressed with the speed of his airport transfer ride: “We got a crazy driver from Sheremetyevo airport to the City center. A Nissan X-Trail. We dodged and weaved past cars on the footpath until a bridge while flashing our hazard lights. I guess it’s to say thanks after you’ve been let into traffic. The driver, in his strong broken Russian voice said, ‘Don’t worry, I’m a trained rally driver!’ lol. I made a mistake of pointing out a Ferrari, so we did everything in the trick book 5 lanes across to get me beside the Ferrari for a look. I survived and arrived at the hotel with this great story of my airport transfer in peak traffic in Moscow. Love it!” 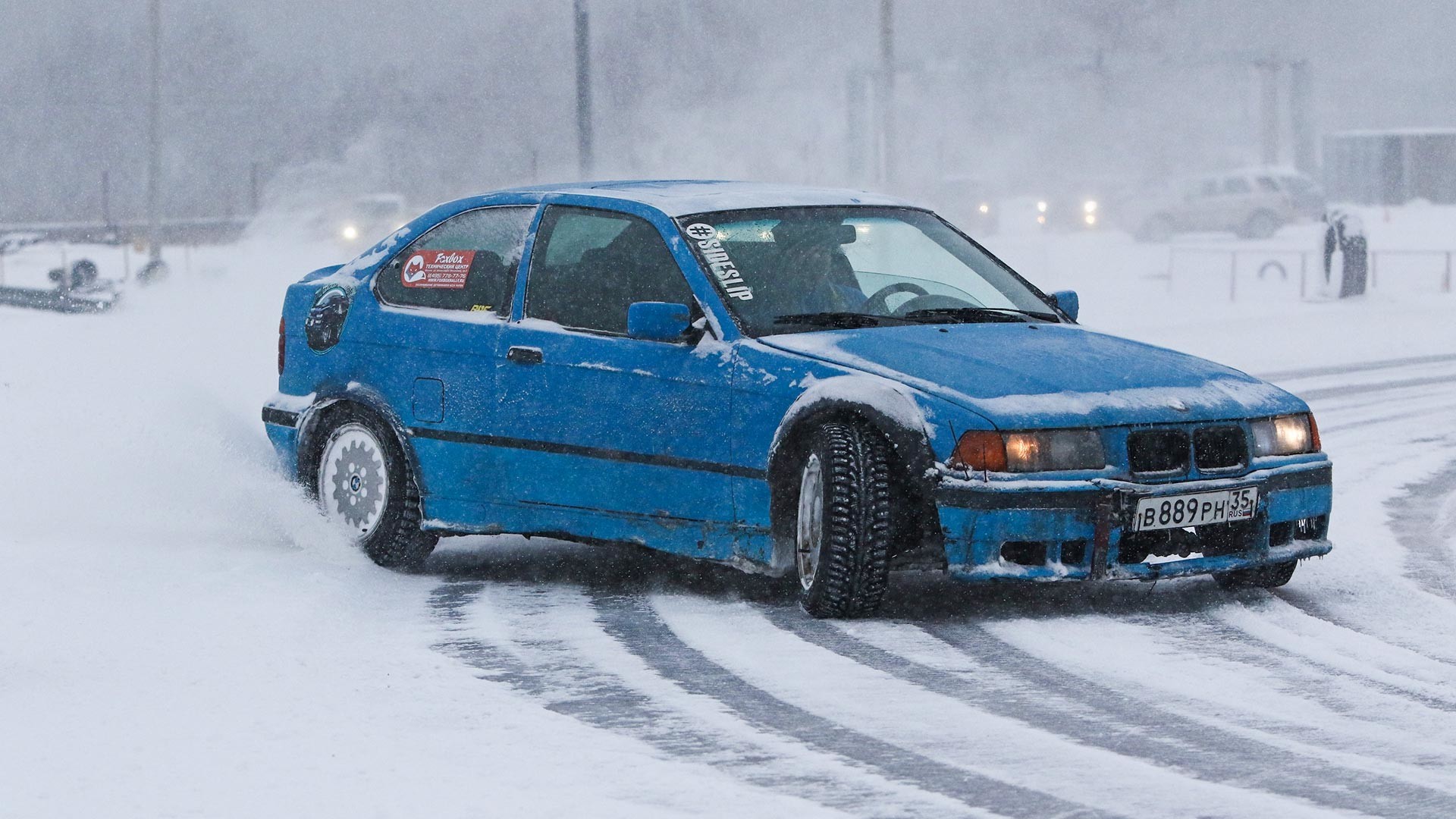 “I’ve always said that the lines on the road in Russia are just a suggestion!)))” jokes eloopee.

“‘If you drive in Russia, you’ll understand why Russians are so good at chess’ - My taxi driver in Moscow!” recalls mikebeeler37.

Not everyone was as lucky in getting an amazing tale of a near-death experience out of their rides. Some reported rather mundane experiences, where everything ended up being in perfect order.

“I traveled to Moscow and St. Petersburg in 2019. Mostly took Yandex.Taxi for commuting. All the drivers were simply amazing. No rush driving at all!” writes shivajibhaskar. 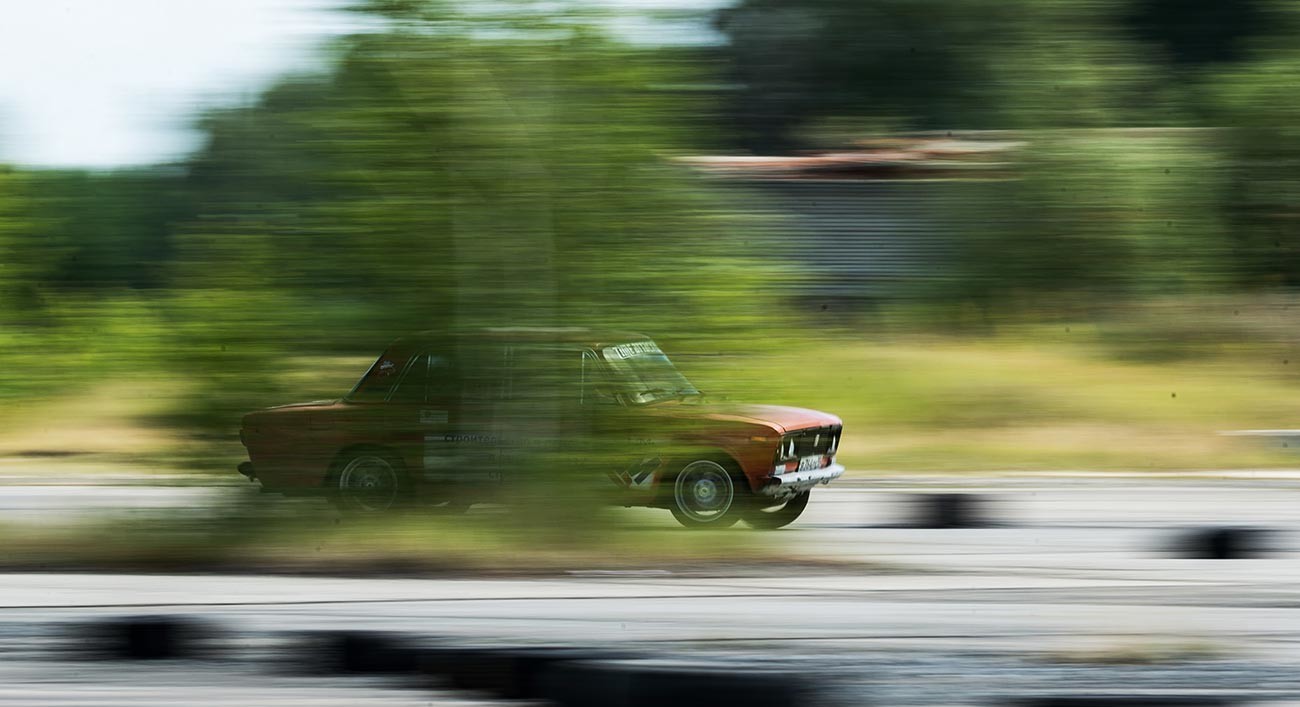 “Russians were early adopters of dashcams, so there are a lot more videos of accidents on the Internet from Russia than anywhere else, this paints a very bad picture of Russian drivers. I have lived in the UK, Australia, Russia, the U.S. and now live in Spain. I lived in St. Petersburg for almost 11 years. I actually found the driving to be OK in the northwestern region, certainly a bit different to Europe, but once you got used to it, then was fully OK, no big stress. My wife also drove every day. The only accident we had in 11 years was when some ice fell from the roof of our apartment building!” - cgrubb99 notes.

“Not at all bad in Russia. I visited four cities and didn’t experience any such moment, just one or two of fast driving at night in Sochi, nothing more,” reports Himanshu Dahiya. 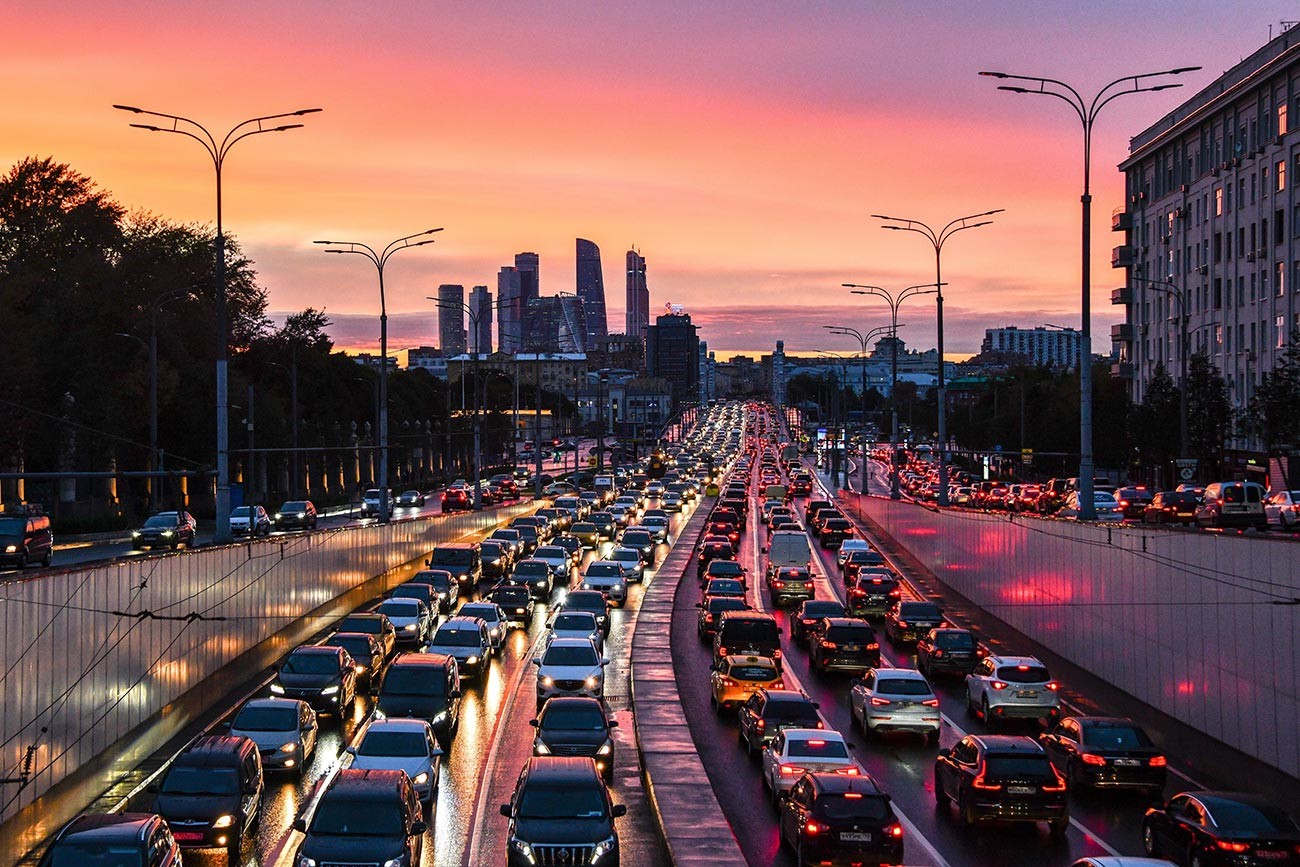 “After 25+ years of traveling to Russia on and off every couple of years, I finally rented a car on our last trip (in Krasnodar Region). It wasn’t that bad. Rules were generally followed and standard, defensive driving served me well. I avoided driving at night though...” Christopher L.Wendt confesses.

‘These things are unimaginable for Dutch people’

Russian roads, however, still retain the capacity to surprise a lot of visitors to the country.

“The Netherlands are so small that it is very easy to keep all roads in good condition and it is possible to have (good) roads to any place you want to visit. Gas stations everywhere, repair services everywhere. Railroad crossings are automatically closed if a train approaches and the crossings are very flat and smooth, so you can cross quite fast. The driving style of Dutch people is not always very nice: egocentric and rude, not considerate of others using the road, hoofdrus says when comparing driving in Russia to back home. 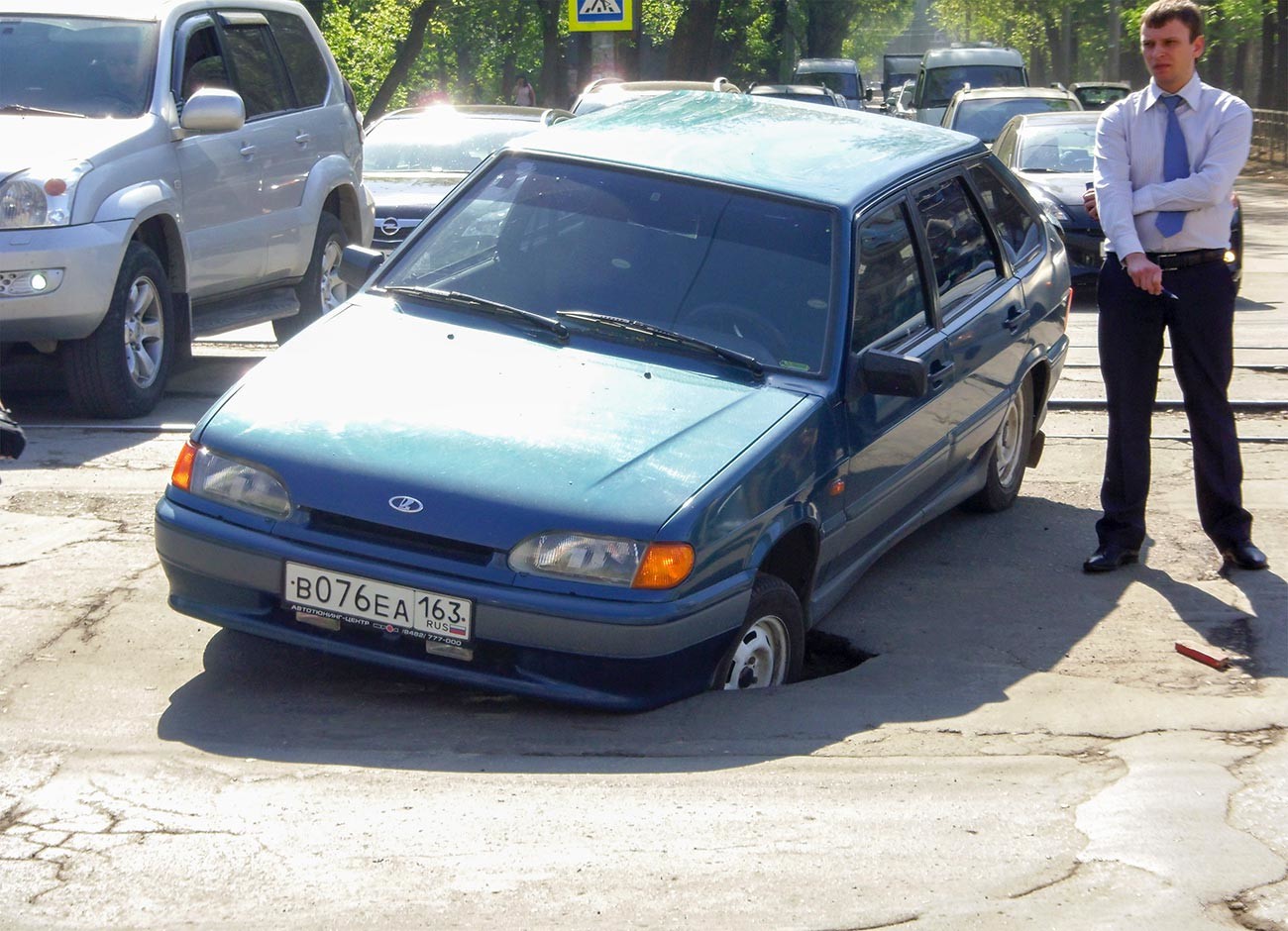 “I drove in Russia. The first time I tried to cross a railroad, my car almost broke down, because I didn’t know that there was such a height difference between the road and railway. Also, one time, they said to me that if the car didn’t start I should take the hammer out of the glove compartment and then hit the engine a few times with it. Then it would surely start (and it did!). These things are not imaginable for Dutch people, but I like it,” he adds.

But, paolo.miserini from Italy believes there are positive moments, too: “I live in Russia, there are many crazy drivers and the roads are not always the best, but they always improve and restore the roads faster than in my country and there is more respect between drivers.”

It appears that opinions are split down the middle: Some exhibit a deep respect for how Russians carry themselves on the road, while others wish to never experience the pleasure again.

“I went to Saratov with my girlfriend (she’s from there) for holidays. In 3 weeks, I saw more accidents and strange stuff on the road than in my entire life in France. With it I learned that putting on a seatbelt is totally useless and strange. In conclusion, my girlfriend is my savior on the road and I admire her for her driving skills,” writes dadastaus. 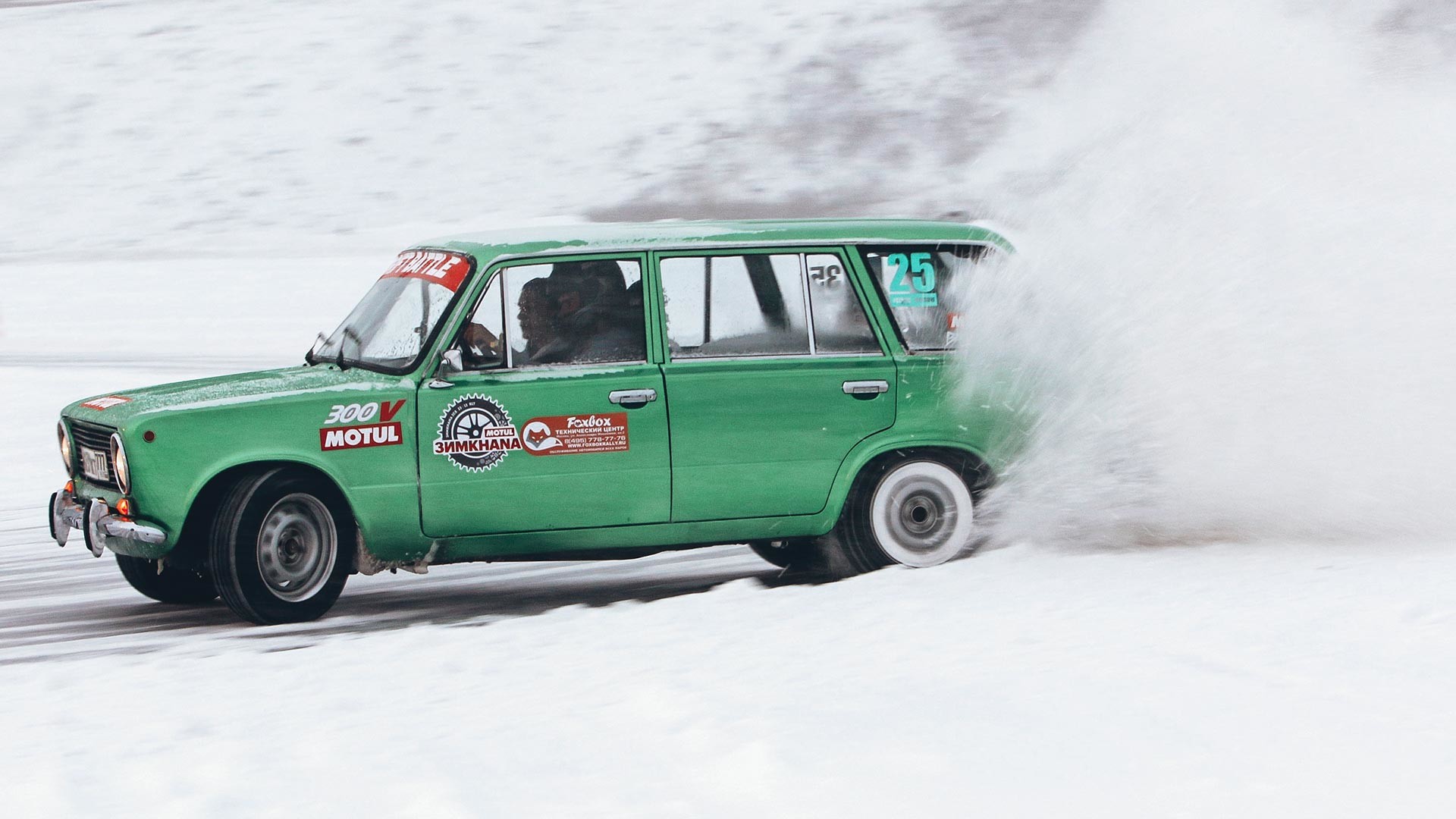 “No big difference to Germany. In German big cities, a lot of drivers are very aggressive. Nizhny Novgorod, I realized, has a more relaxed traffic than in Frankfurt. Especially the traffic sign countdown in Russia makes drivers more relaxed,” knt_Imn notes.

“I’ve been living in Asia for over 10 years. When I come to Russia, I feel very safe crossing roads. Here in the Philippines, for instance, the cars wouldn’t stop even when I’m about to cross the road with a baby in a pram at a pedestrian crosswalk. China is a bit better, but hey… Wasn’t it a Chinese driver who turned the left indicator and turned right in front of me? What I find is that Russian drivers are aware of pedestrians, especially after the government raised fines,” veraleto believes. 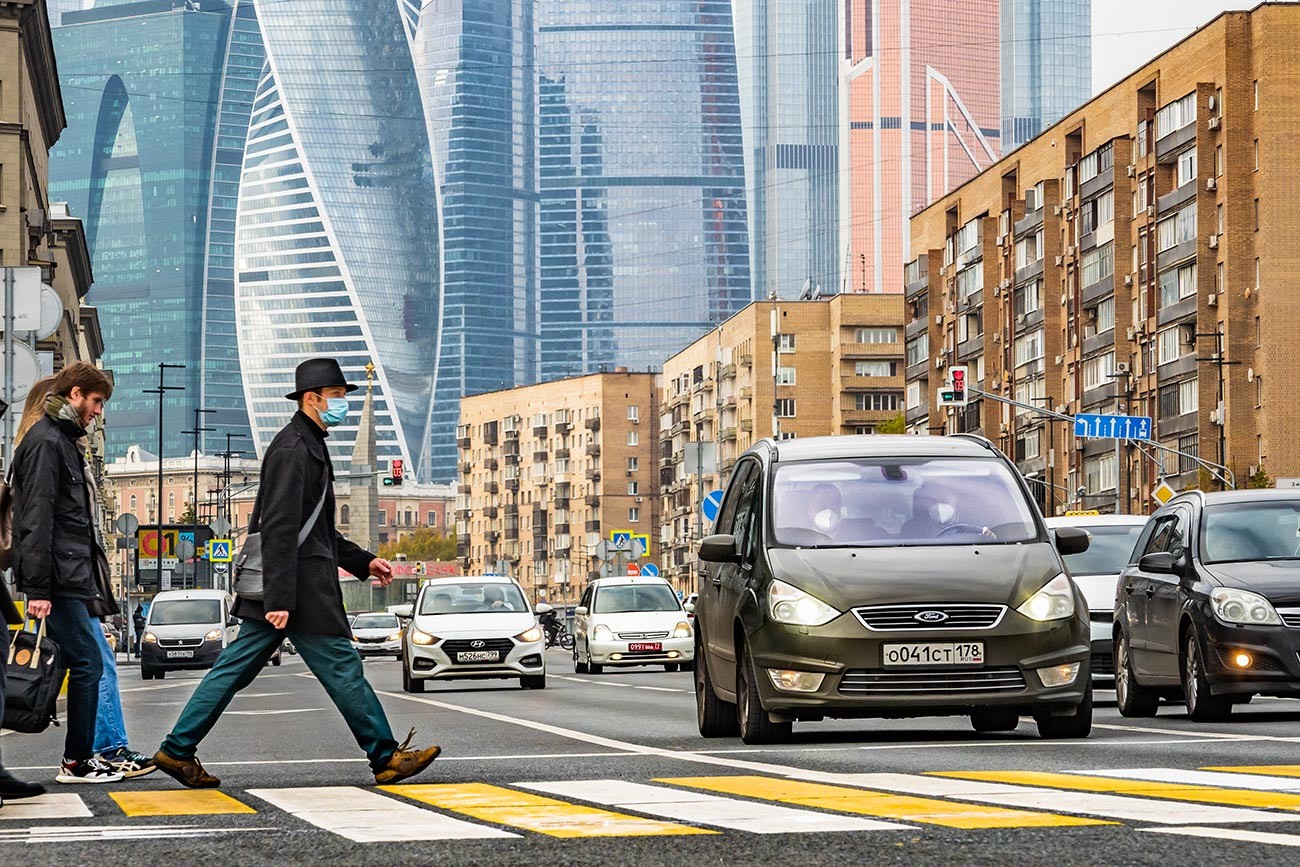 “It’s far better than in my country (India). I drove in Russia for 3 years,” anuraganilkumar says.

“It’s scary compared to Finland where I live. Russians drive very fast and they may pass even from the wrong side if you are not fast enough,” katiablomberg claims.

“It’s the same as in Romania, very crowded and noisy,” Андра Неакшу writes.

NOTE: Responses were edited for grammar and spelling mistakes.