Why Orthodox Christians cross themselves with 3 fingers 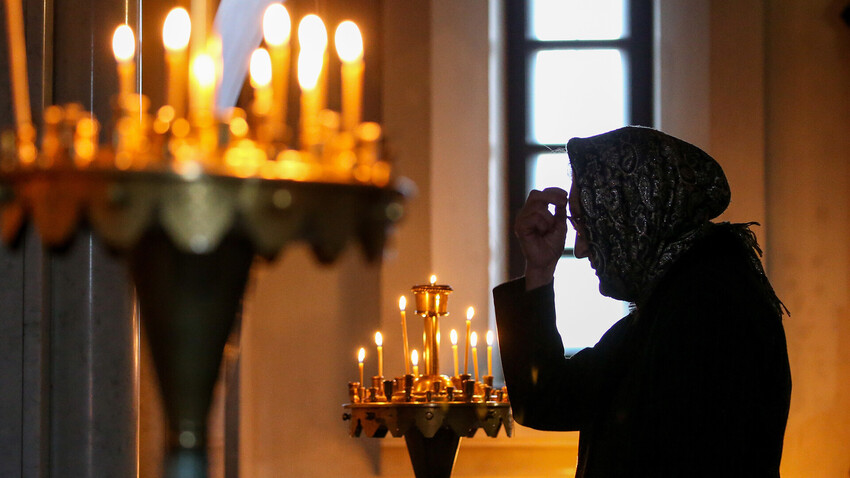 Natalia Fedosenko/TASS
Not only are the Orthodox and Catholic signs of the cross different, but there is an Old Believer type of crossing oneself.

In Russian Orthodox churches and temples, crossing oneself the Catholic way may sometimes lead to an uneasy conversation with members of the Orthodox parish. So, it’s recommended to use the Orthodox sign of the cross, which is different from the Catholic one – or, if you’re a devout Catholic, then it’s better not to cross yourself at all.

In Christianity, the sign of the cross is a ritual blessing that is made by tracing an image of an upright cross across one’s body with one’s hand. What is different in Catholicism from the Russian Orthodoxy is the number of the fingers used and the order of outlining the cross. 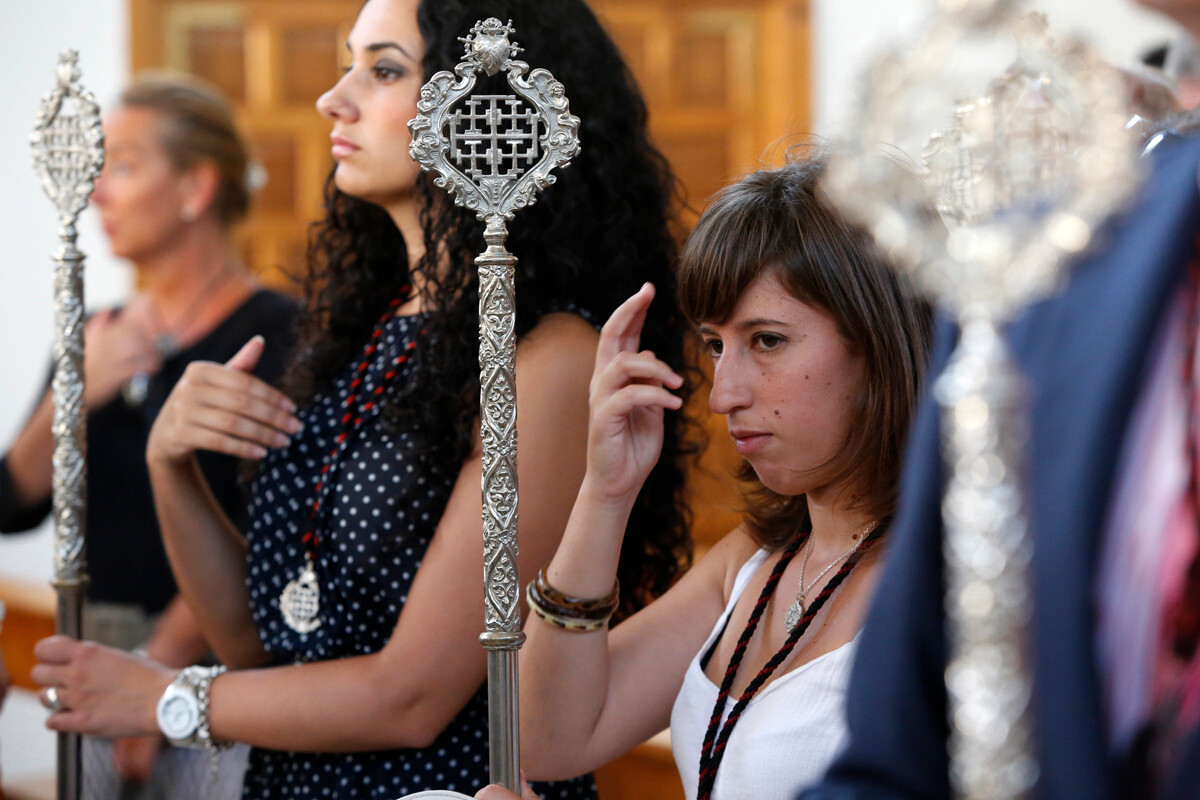 Catholic believers make the sign of the cross with open palms

Among the Western Christians, five open fingers are used when making the sign of the cross. The five fingers symbolize the Five Sacred Wounds of Jesus Christ he suffered while on the cross.

The 13th Century Pope Innocent III said that a Christian moves from “misery” (left) to “glory” (right) “just as Christ crossed over from death to life.” A late medieval explanation said Jesus suffered for us (left) and then ascended to heaven (the preferred right). 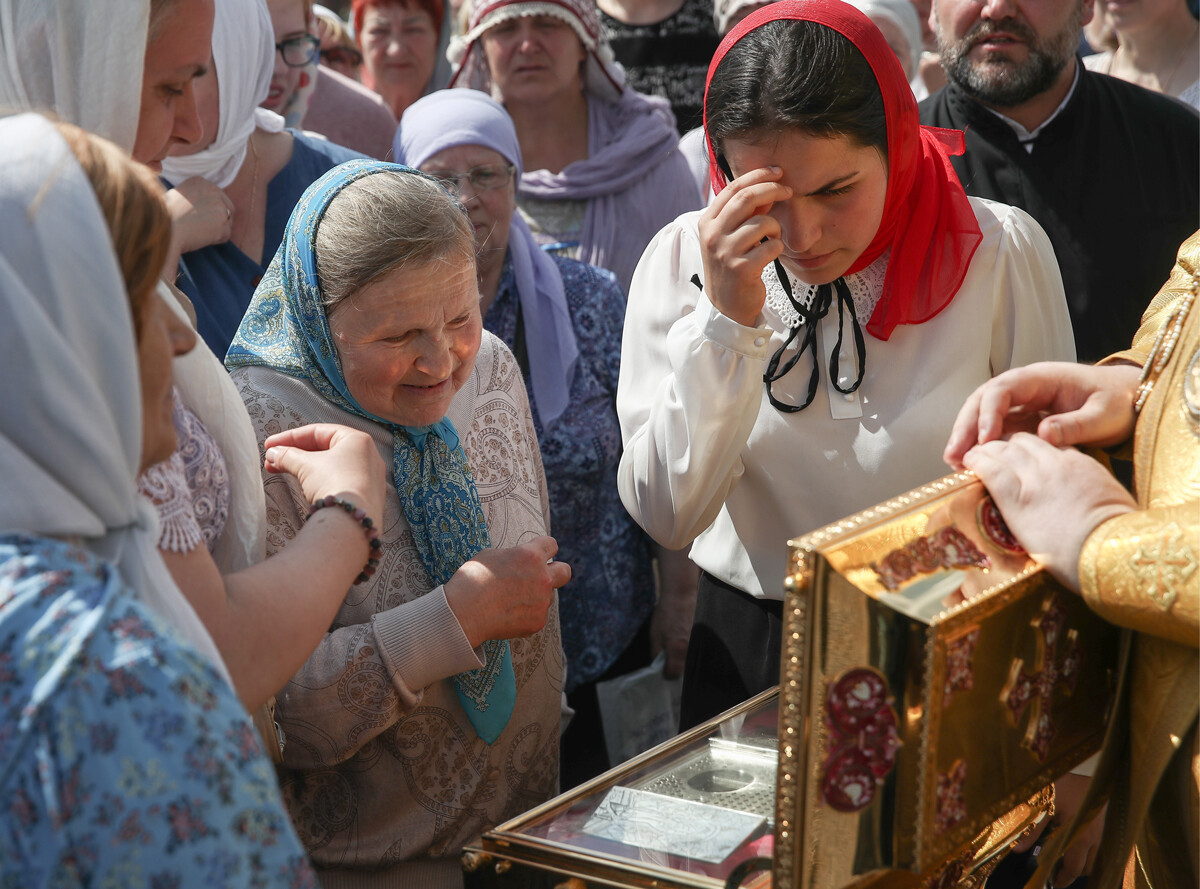 In the Eastern Orthodox and Byzantine Catholic churches, the tips of the first three fingers (the thumb, index and middle ones) are brought together, while the other two (the ring and little fingers) are pressed against the palm. The first three fingers express one’s faith in the Trinity, while the remaining two fingers represent the two natures of Jesus, divine and human.

Also in the Eastern Orthodoxy, a special sign of the cross reserved for priests and bishops exists. Only ordained clergy members are allowed to use it. It is called the ‘Priests’ Hand Blessing’. While performing it, the priest holds his fingers in such a way that they form the Greek abbreviation for Jesus Christ: ‘IC XC’: the index finger is extended upwards to make the ‘I’; the middle finger is slightly bent, signifying the letter ‘C’; the thumb touches the lowered ring finger to signify the ‘X’, while the little finger also signifies the letter ‘C’. 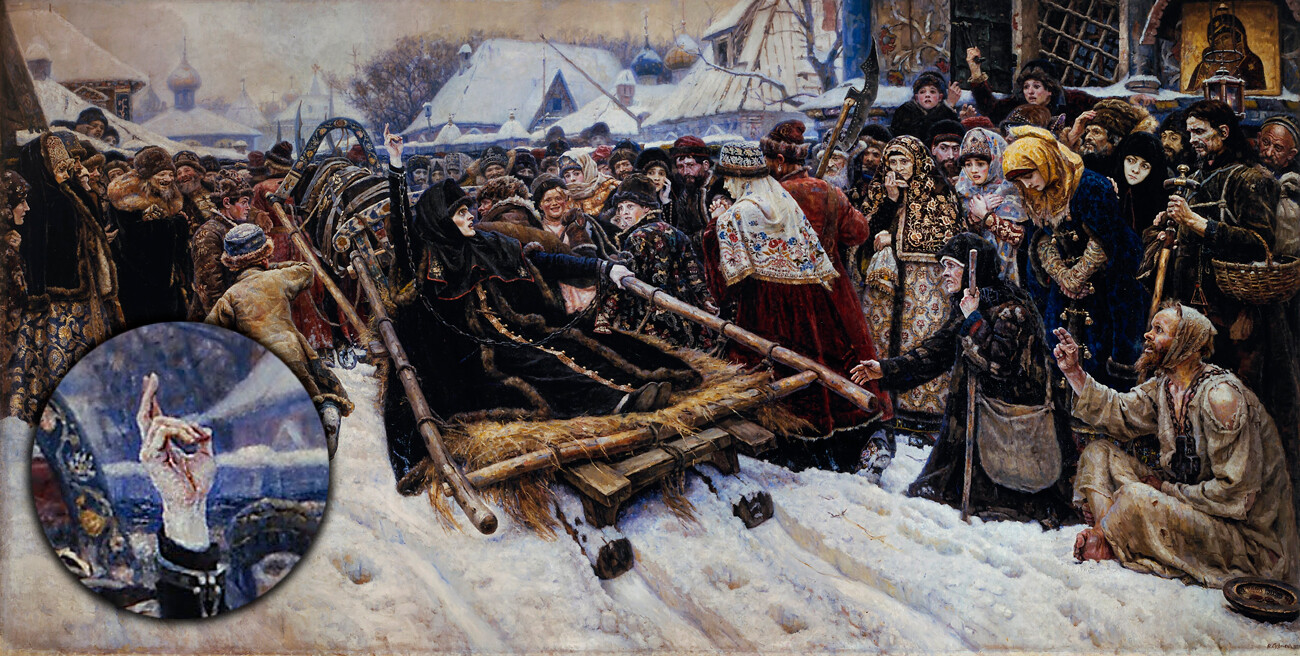 Before the church reforms of Patriarch Nikon (mid-17th century), Russian Orthodox Christians made their sign of the cross using two fingers – index and middle, symbolizing the dual nature of Christ. According to the decision of the 1551 church council (known as the Council of a Hundred Chapters) in Moscow, anybody who violated this rule was to be excommunicated from the church. 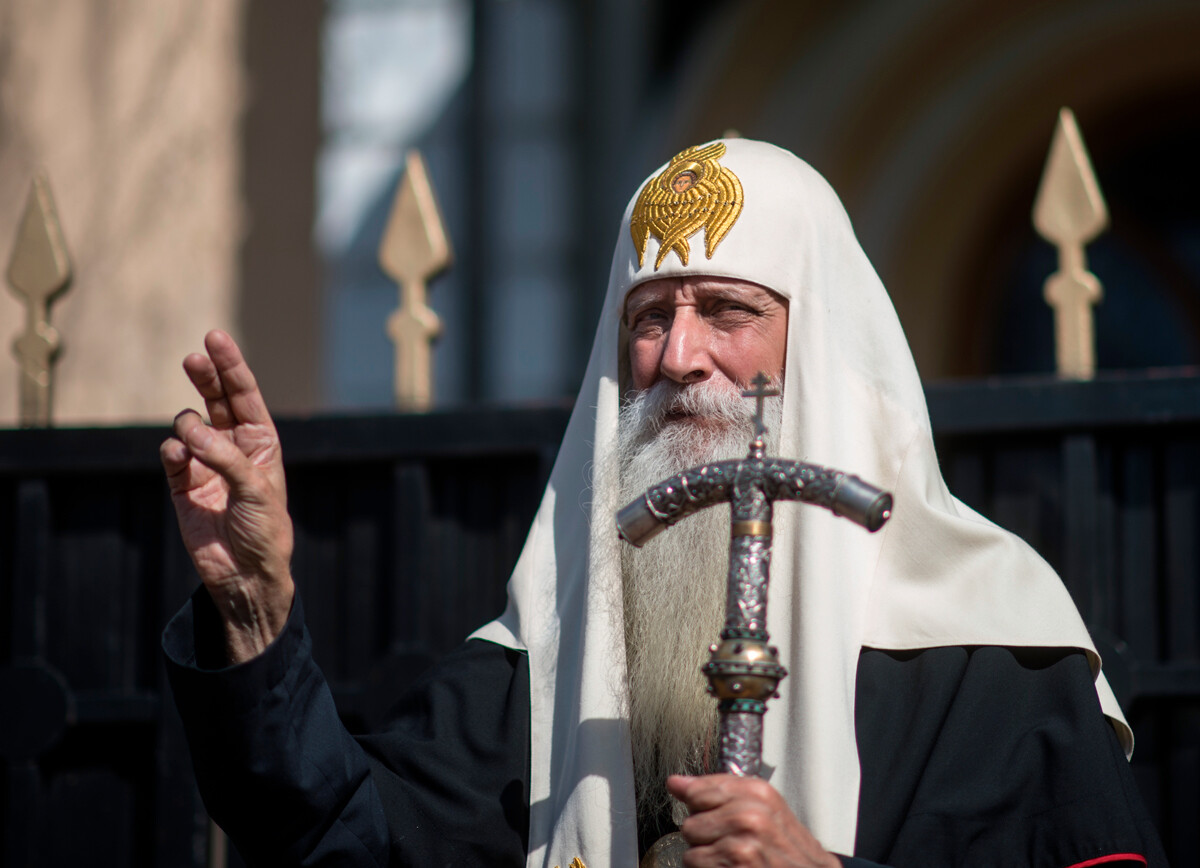 Metropolitan Korniliy, Metropolitan of Moscow and All Rus, Primate of the Russian Orthodox Old-Rite Church, making the two-finger blessing

A hundred years later, after Nikon’s church reform, the Moscow church Synod of 1656 and, later, the Great Moscow Synod of 1666 anathematized all believers who used the “old”, two-finger way of making the sign of the cross. The way of making it – the two-fingered or three-fingered sign – became a point of great discussion among the Russian Orthodox believers. The Old Believers, the ones who didn’t want to accept the three-fingered sign of the cross (along with numerous other innovations of Patriarch Nikon’s reform), became opposed to the so-called “Nikon rites” in what became known as the Schism of the Russian Church (‘raskol’).