Why did the Chukchi practice wife swapping? 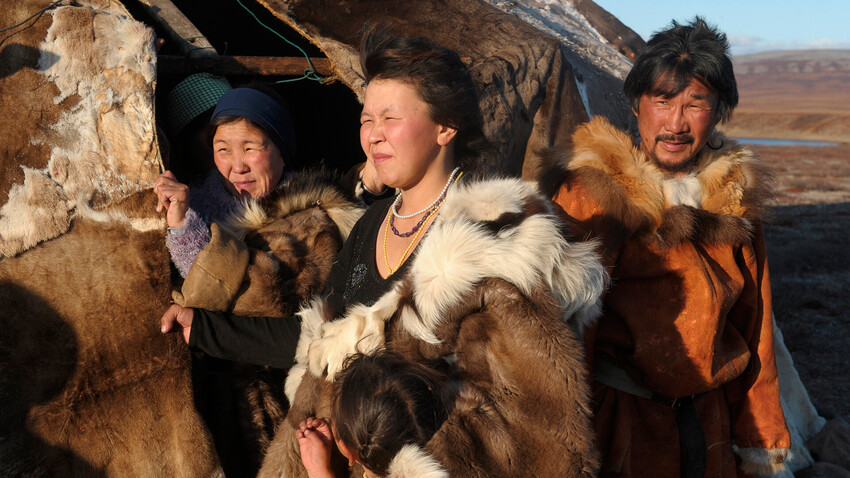 Library of Congress
Today, this marriage custom may seem frightening and lewd. But some indigenous peoples, particularly the Chukchi, saw significant advantages in the practice.

The Chukchi, the indigenous people of the Far North, live by the laws of levirate. It is a marriage custom when, in case of the death of a husband, his brother or another close relative is obliged to marry the widow and adopt her children.

But this is only a part of the marriage tradition. For a long time, the Chukchi considered group marriage to be normal: when married men swap wives with their close friends or distant relatives.

The Chukchi call it “wife companionship” or nevtumgyt. In essence, men used to make an agreement, which gave each of the contracting parties the right to one another’s wife. The contract was formalized in the same way as a ritual marriage: with blood anointment and a sacrifice. 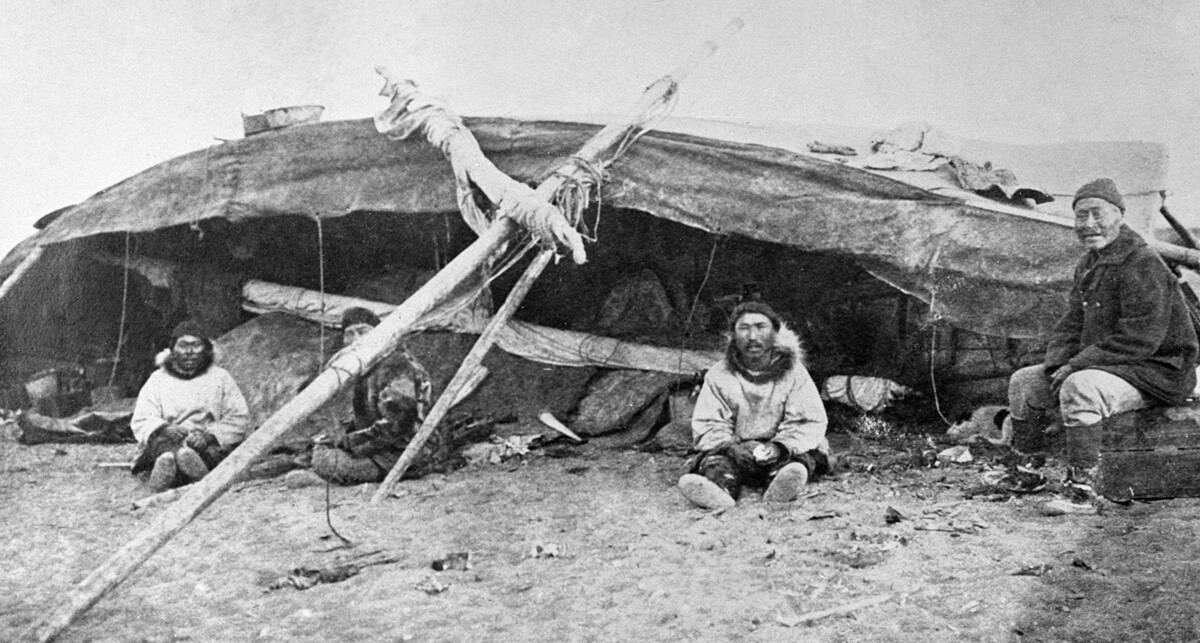 At the same time, wife swapping happened rarely: mostly during trips of a “wife-mate” to a nomad camp. Each man took the wife of the other, lived with her for several months and then returned her to her husband (although there were cases when he kept her for himself). All members of this large collective family were considered relatives equally responsible for each other and all children born during the “wife companionship” were considered brothers and sisters who could not enter into intimate relations with one another. Only the properties remained separate: the children born in a “wife companionship” could not claim it and the “wife-mates” had no common property. 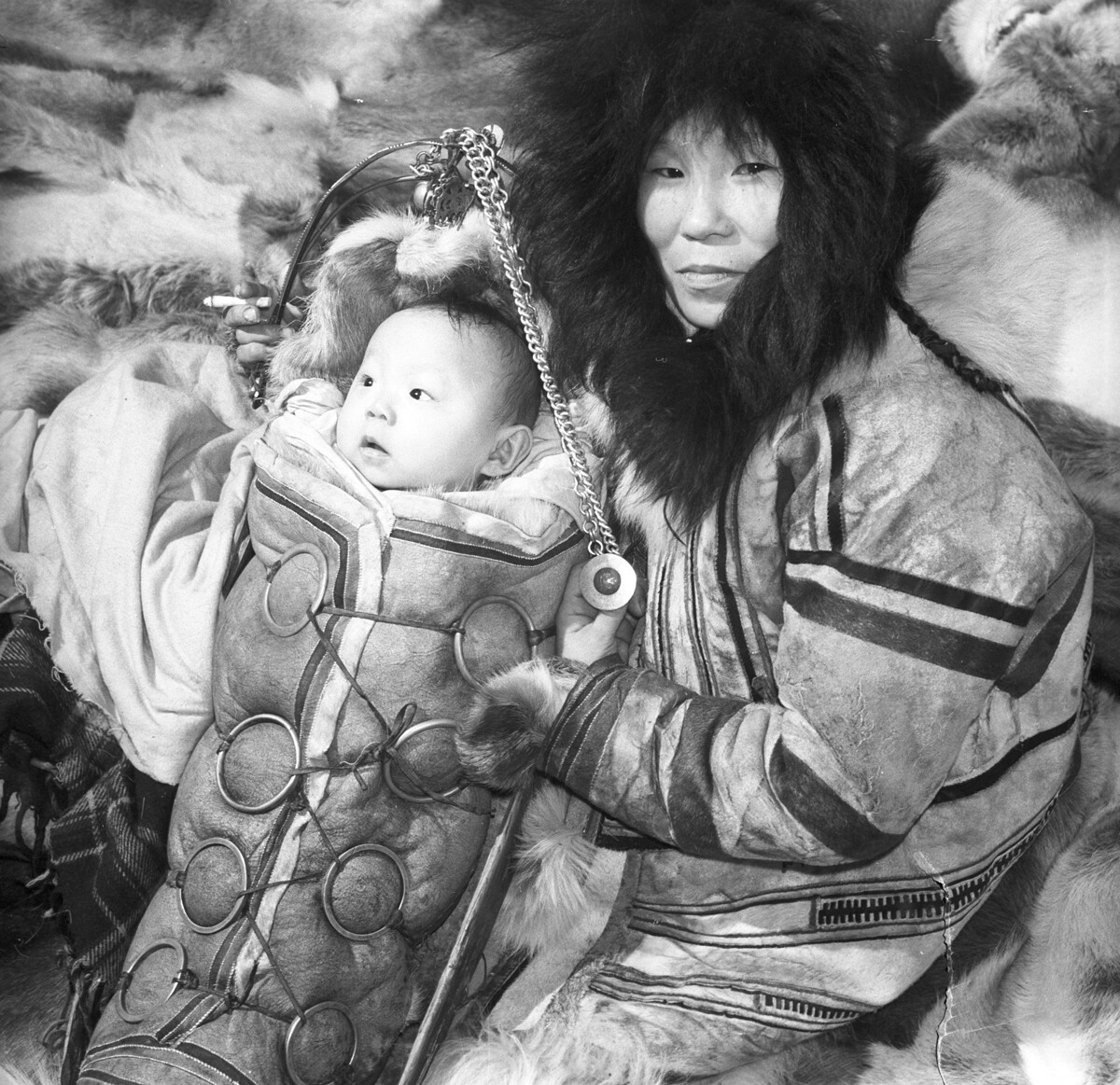 For a long time, until the middle of the 20th century, the Chukchi believed that they had strong reasons for this marriage custom.

Survival and propagation is the main goal of nomadic societies. The Chukchi were forced to survive in very harsh conditions. Hence, it was more advantageous to live in large groups: a large number of extended family members increased the chances of survival, so it was beneficial for the weak or poor to join their wealthy brethren. The birth of any child in tundra conditions was perceived by the Chukchi with great joy. It was not so important for them who became the biological parents. The children were looked after by everyone, as it was in primitive societies.

Exchange of goods and networking

Russian ethnographer Konstantin Kuksin noted that such “fraternization” was profitable for exchanging goods in the northern conditions: people tried to conclude a collective marriage with representatives of different “professions” - sea hunters, reindeer breeders, etc. This turned such a family into a strong independent conglomerate. 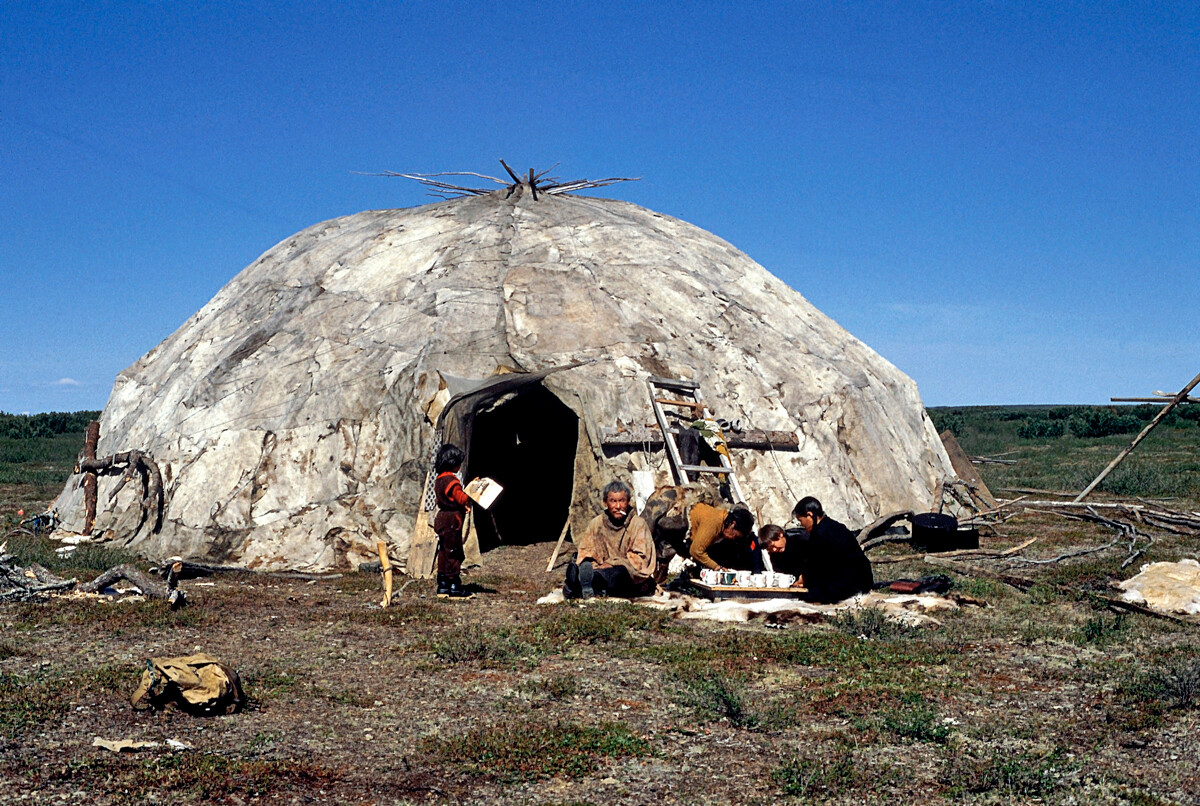 Ethnographers have also observed that the Chukchi offer visitors a night with their wives in exchange for things (like tobacco or jewelry for their wives) or simply as a sign of friendliness. Also, observers noted that the women didn’t mind this practice. In several issues of the 1924 Polar Star newspaper, there were sketches from the lives of the indigenous people of Chukotka describing the custom of the nevtumgyt: “Their view of family ties is very simple. A Chukcha, for example, could offer his wife to a guest and go for a walk on the shore in the meantime. They have no possessive attitude towards their partners.”

The navtumgyt was mainly practiced by men who had no younger brothers because, in the event of their death, their wives and children would be left with no patron and breadwinner. In this respect, the nevtumgyt replaced the institution of levirate - having entered into such a relationship, a woman would not be left alone with children in her arms in the middle of the tundra, in any case.

A strong reason for group marriage was that a couple could not have children of their own. If the couple did not have children because of the husband’s reproductive dysfunction, the wife had a chance to get pregnant from another man. 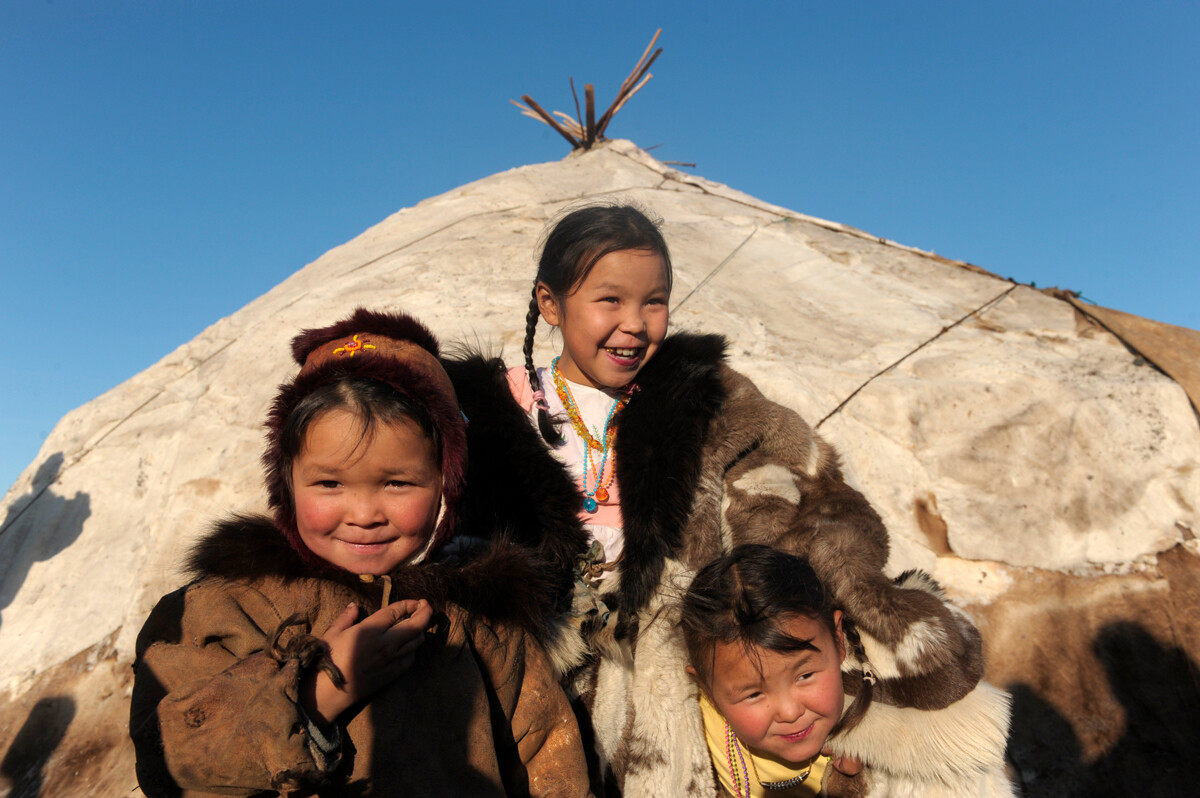 Researchers wrote about a case in the village of Vayegi in the Anadyr district: “The Antaku Chukchi family had no children for a long time. Then, they entered into a nevtumgyt relationship with the Antolin Chukchi family. As a result of this union, a son was born and then two more children were born in the Antaku family itself. When any of Antaku’s sons came to Antolin, he greeted them as his own children and was ready to give them anything they liked. However, if nobody had been born in such a union, the kinship between these families would not have formed.” 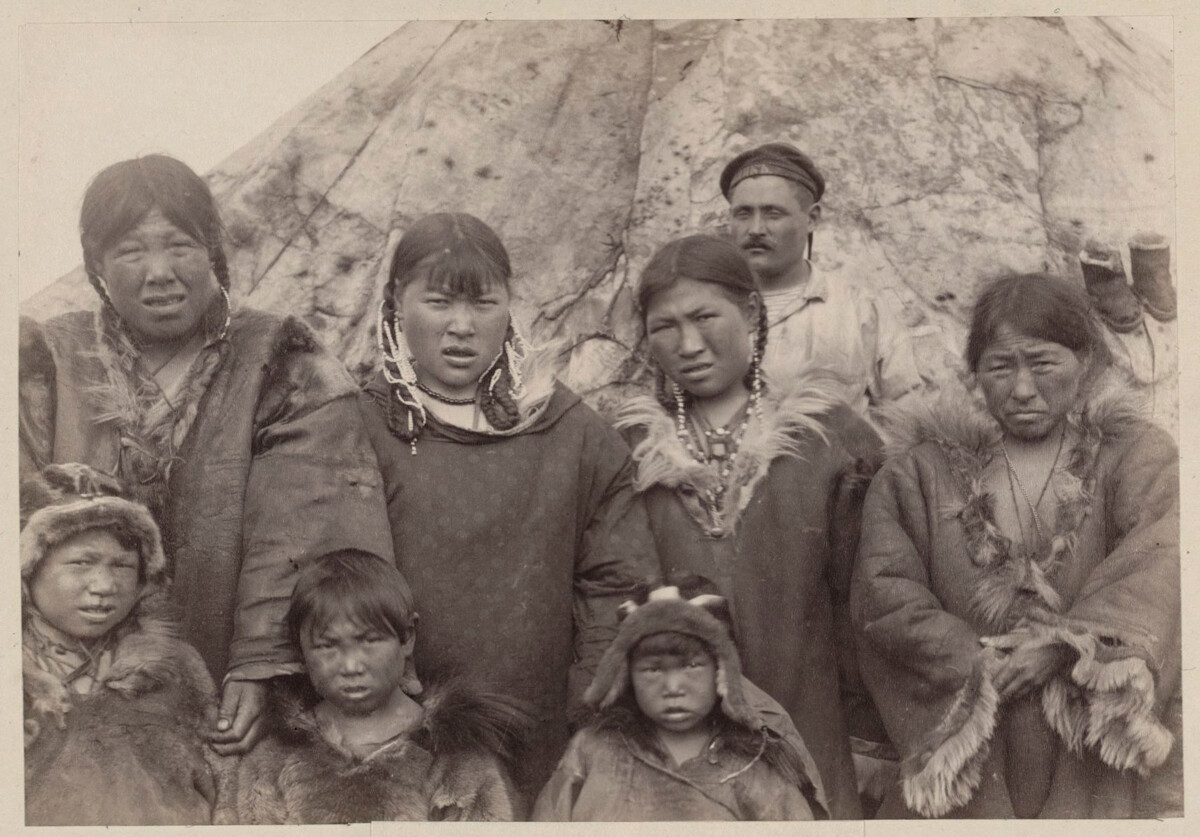 Creating a large number of new combinations in small communities is also genetically beneficial. Otherwise, nomads forced to live in isolation from the larger world might suffer from genetic problems. To avoid such problems, primitive societies began intuitively ensuring themselves greater diversity through such mixing. The more diverse the partners are, the more likely it is that the offspring would be healthy and strong. For the same reason, the Chukchi willingly invited outsiders to swap wives.

When did it all stop? 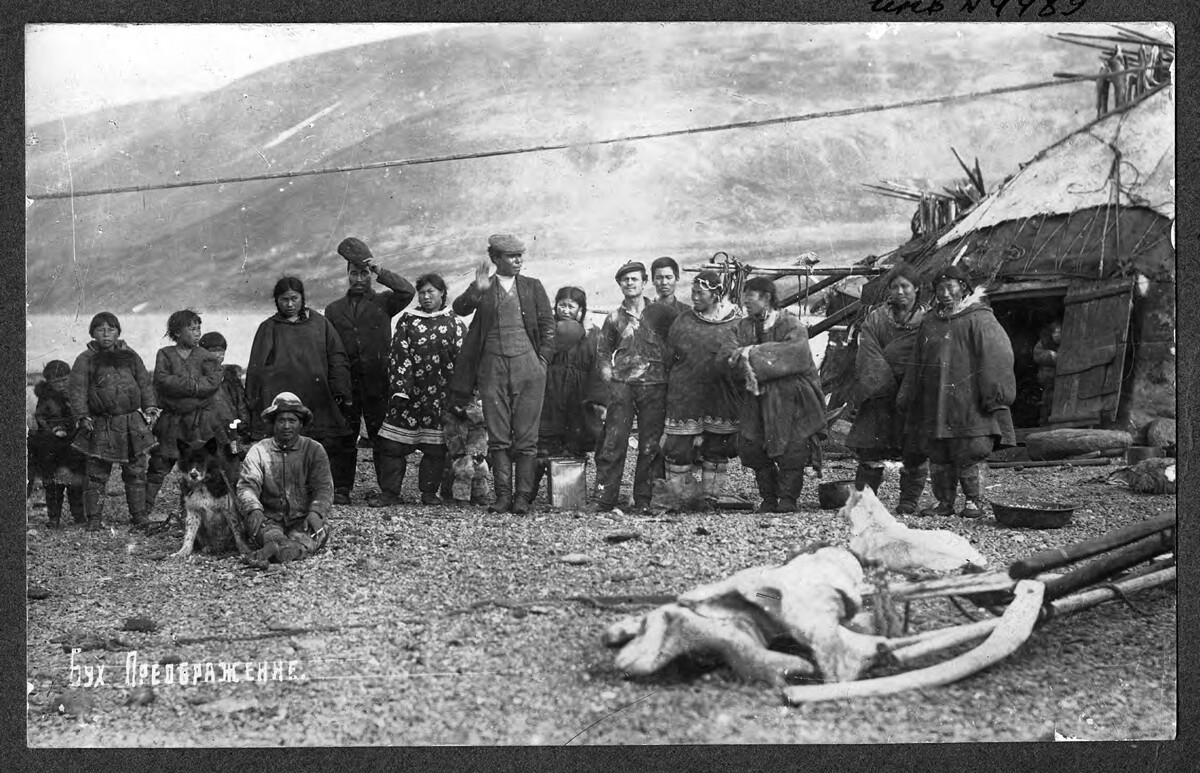 While, at the end of the 19th century, group marriage was still practiced in a significant number of Chukchi families, by the middle of the 20th century, the tradition was lost. The main reasons for this were: the Chukchi’s transition to the modern settled way of life, globalization and development of folk crafts. Many advantages that the marriage custom used to provide became meaningless. For example, reindeer breeding in the Far North developed more intensively than sea fishing, so swapping wives with fishermen became obsolete.