What’s the significance of the ‘red corner’ in Russian homes? (PHOTOS) 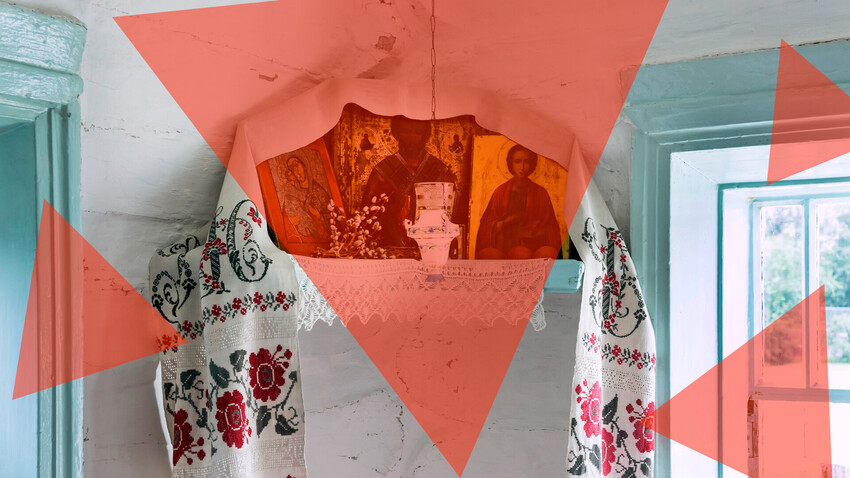 Russia Beyond (Legion Media)
Reverence for this most “sacred” place in the Russian home dates back to the 10th century.

Not one Russian izba (a traditional Slavic countryside dwelling) could ever do without its own “red corner” - the place most associated with honor and reserved for the most important guests. Bridal “buyouts” would be carried out there. And those who entered the house would first turn their gaze there.

Why is the corner “red”?

As some of you may know, the word for the color ‘red’ (krasny/krasnaya) in Old Russian also meant “beautiful” (which is also why the Red Square in Moscow is called Krasnaya Ploshchad). This corner of the home was always the cleanest and icons would always be placed there. This was the primary reason behind the association with beauty. 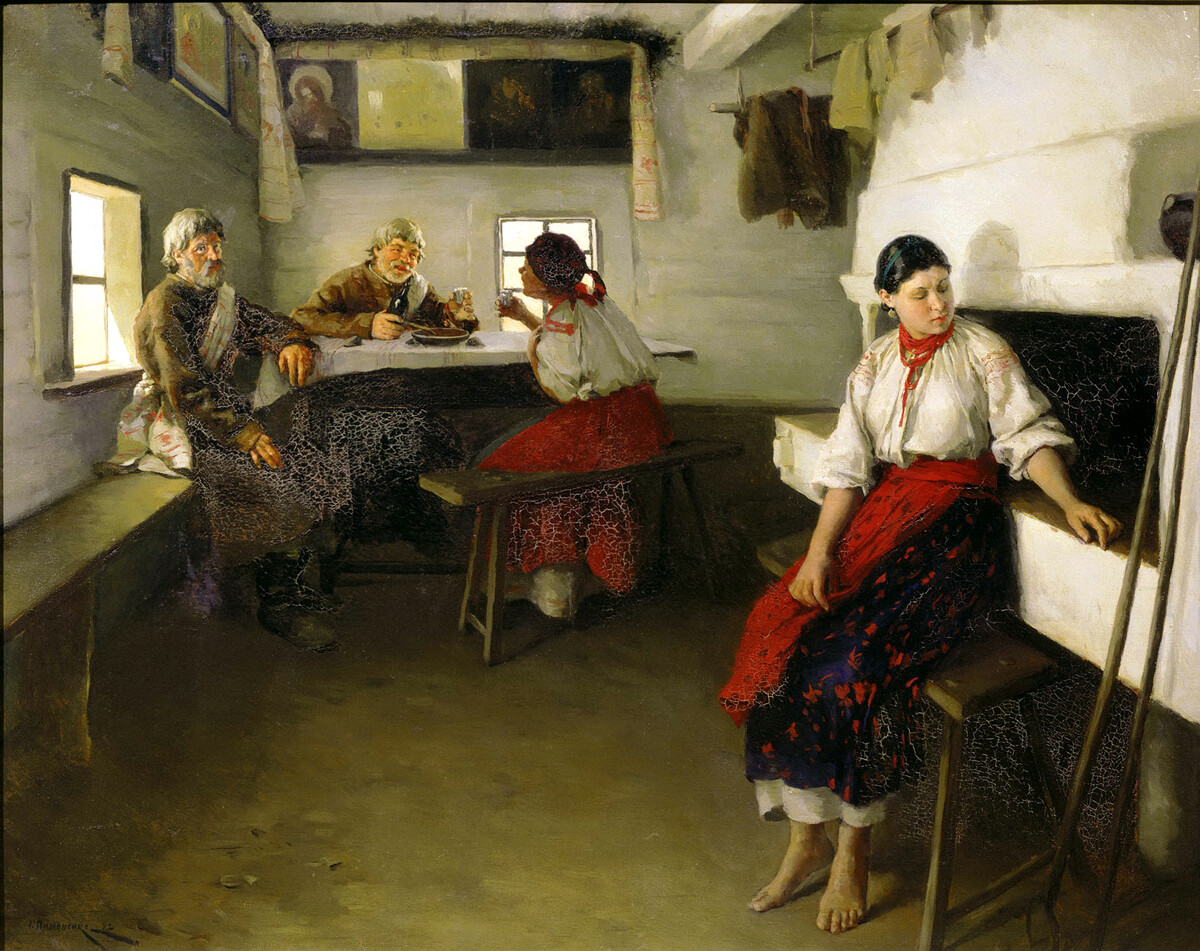 The first ‘red’ corners appeared in peasant izbas with the advent of Christianity in 988 (although that date is approximate - the complex process took years). Prior to it, in pagan times, only the stove had held a sacred meaning; the icon-holding corner was a subsequent addition. The placement of icons was made according to a certain hierarchy, the way we see in a church iconostasis. 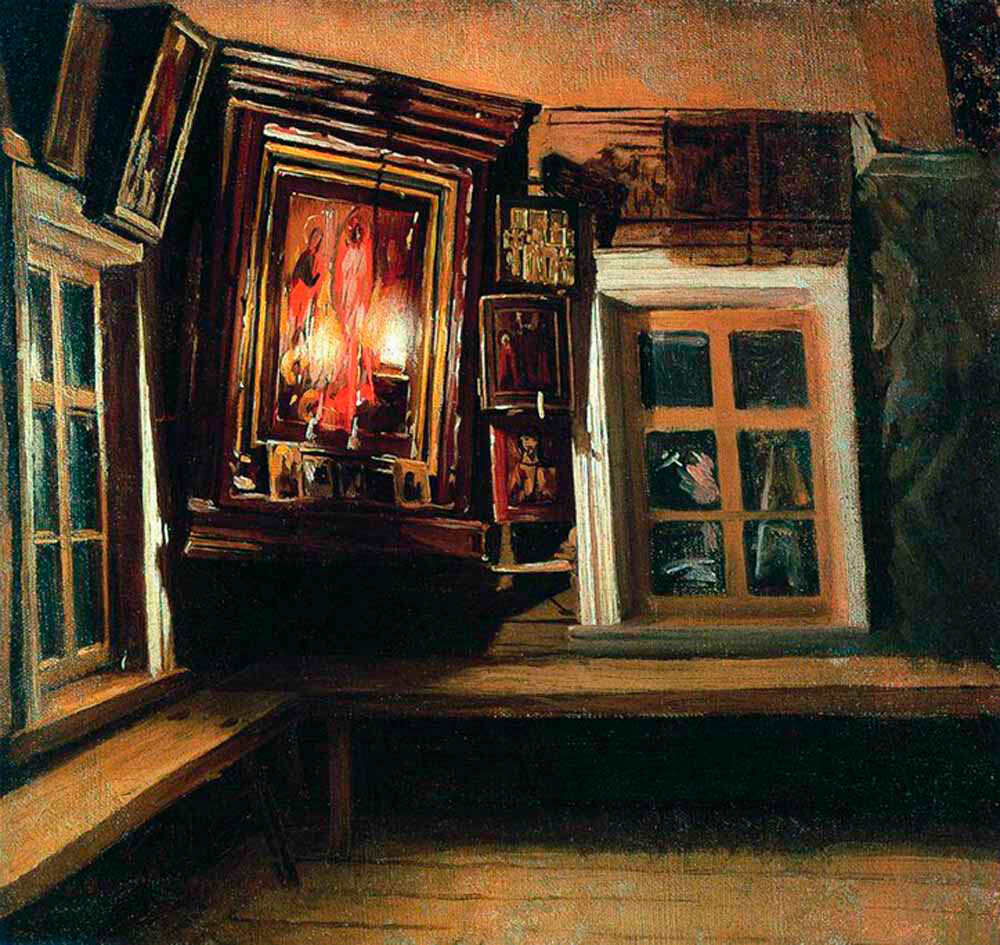 The choice of corner was governed by two factors: the angle of the light and the location of the stove, which had continued to retain its spiritual role. The ‘red’ corner would always be in the southern, eastern, or south-easter part of the building - and never in the western or northern parts, which was associated with death and evil. Moreover, the corner was situated strictly diagonally in relation to the stove, which ensured that anyone entering the house would first be greeted by the sight of the iconostasis.

A special attitude toward icons was reflected in the most important rites: those of birth, marriage and burials. For instance, when the household said their last farewells to a loved one, their body was laid to rest with the head pointing toward the iconostasis. In the days of Rus’, that is where the people believed the souls of their ancestors were held in the mourning period. 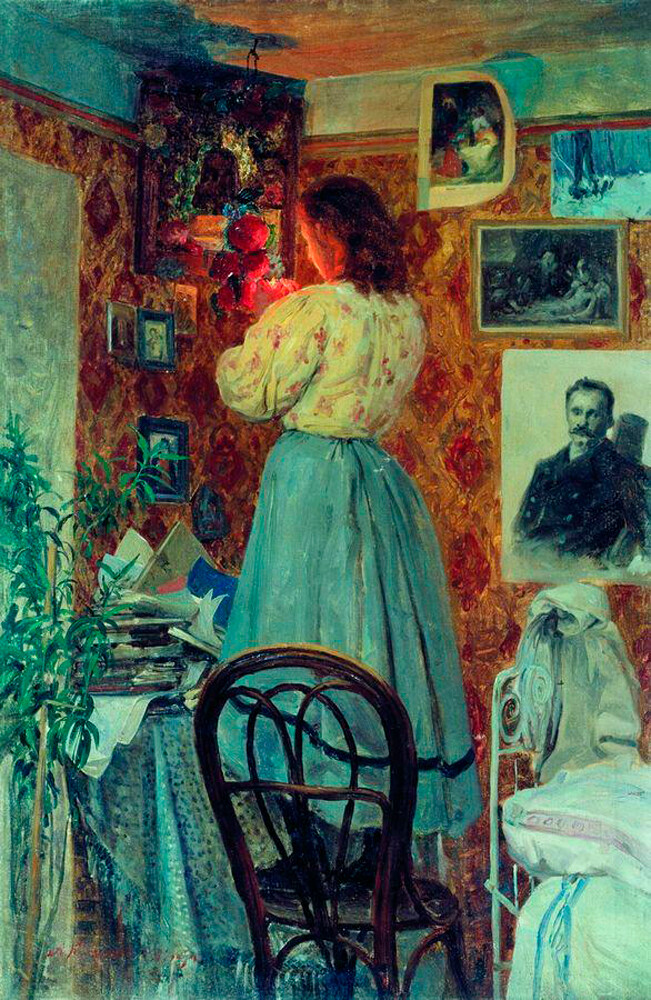 The ‘red’ corner was, likewise, the spot where the rituals of wooing and bridal buyouts were held. And, when the young bride left the house to live with her new husband, the ‘red’ corner would always be the first place she would go to after setting foot in her new home.

The person that crossed the threshold of a house for the first time would always turn to face the icons and cross themselves and only then greet the owners. That very ritual is behind the saying: “Bez Boga ni do poroga” - “No passing the threshold without God”. 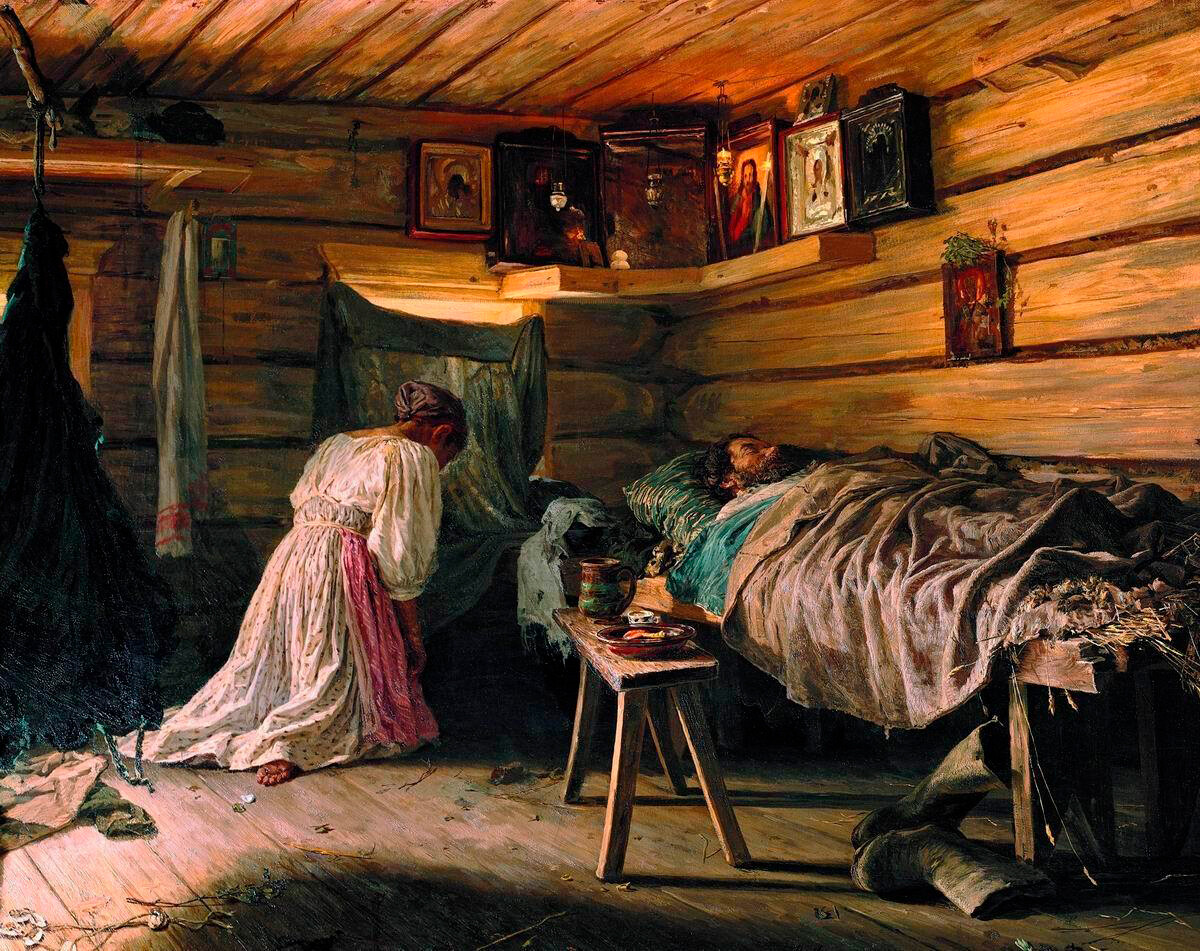 It goes without saying that, during celebratory days, there was not one place inside more clean and well decorated than the ‘red’ corner. People would lay flowers, set candles and decorative cloths there. The latter of those was imbued with a particularly special meaning.

Why were icons covered with cloths?

The ancient tradition of draping decorative cloths over sacred images harks back to Biblical times - specifically, to one of Jesus’s miracles. According to it, King Abgar V of Osroene, who suffered from leprosy, sent his servants to see Jesus about curing his condition. But Jesus only asked for a jug of water and a simple cloth. Having washed his face, he dried it with the towel, which bore the imprint of his face. The servants then took that towel to Abgar and, the moment he touched his face to it, he was completely healed. That relic, according to legend, was stored for hundreds of years, until it was lost during the Middle Ages. 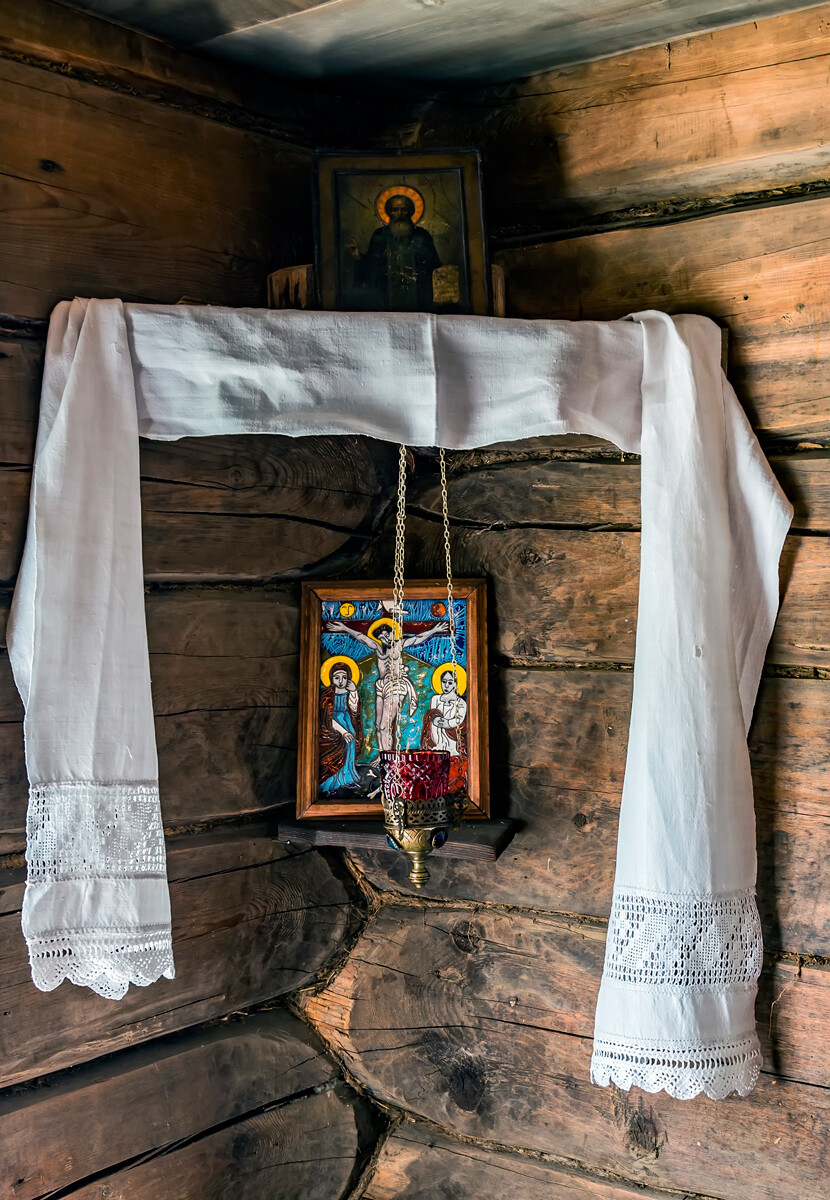 The cloth that Orthodox Christians use to cover their icons is called the ‘God’s cloth/towel’. It is a long and narrow cloth with red-brown embroidery on the edges. On weekdays, the icons are covered with a variety intended only for weekdays; conversely, on holidays, another kind is used. 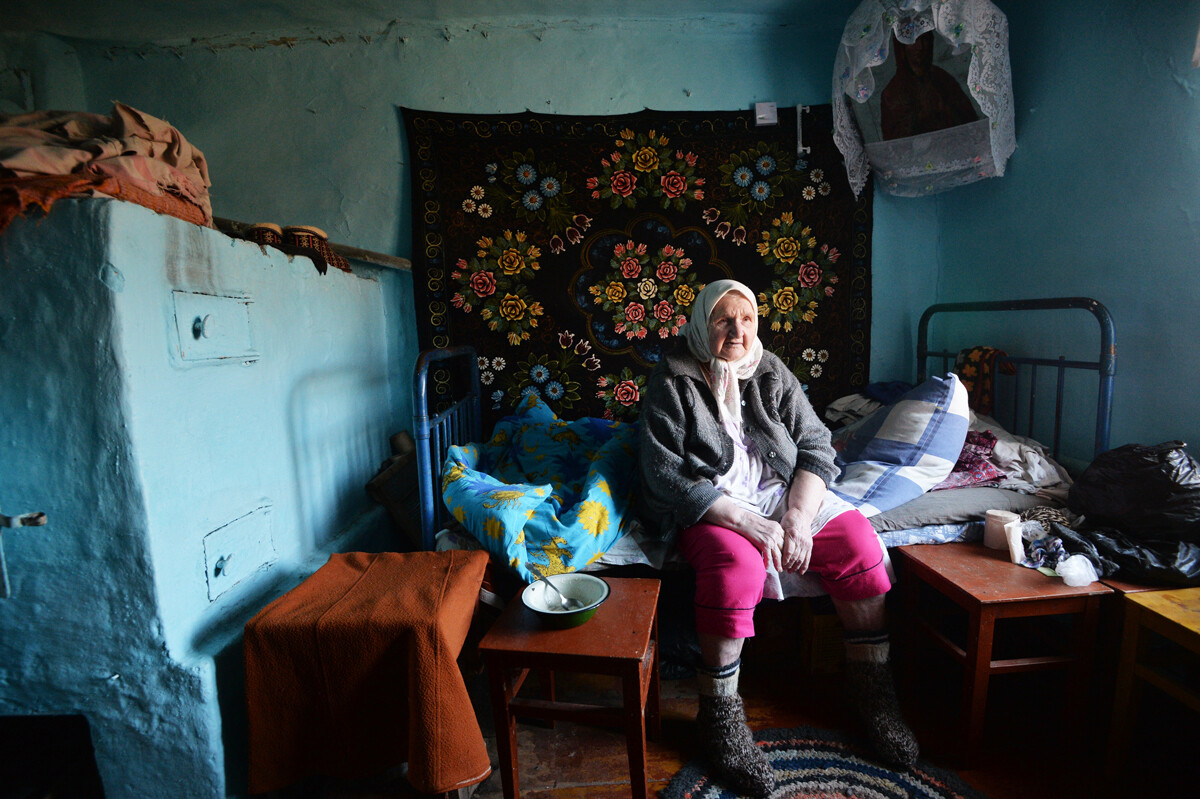 Some actually do. Strongly religious Christian Orthodox households (predominantly in rural parts) have retained the tradition. Of course, selecting a spot for the ‘red’ corner, while abiding by all the rules has become more difficult, as modern homes almost never contain those old-style stoves that izbas used to have (although - again, you’re likely to still find some in villages), while apartments are planned in a way that doesn’t always afford the luxury of finding a spot that corresponds to tradition. 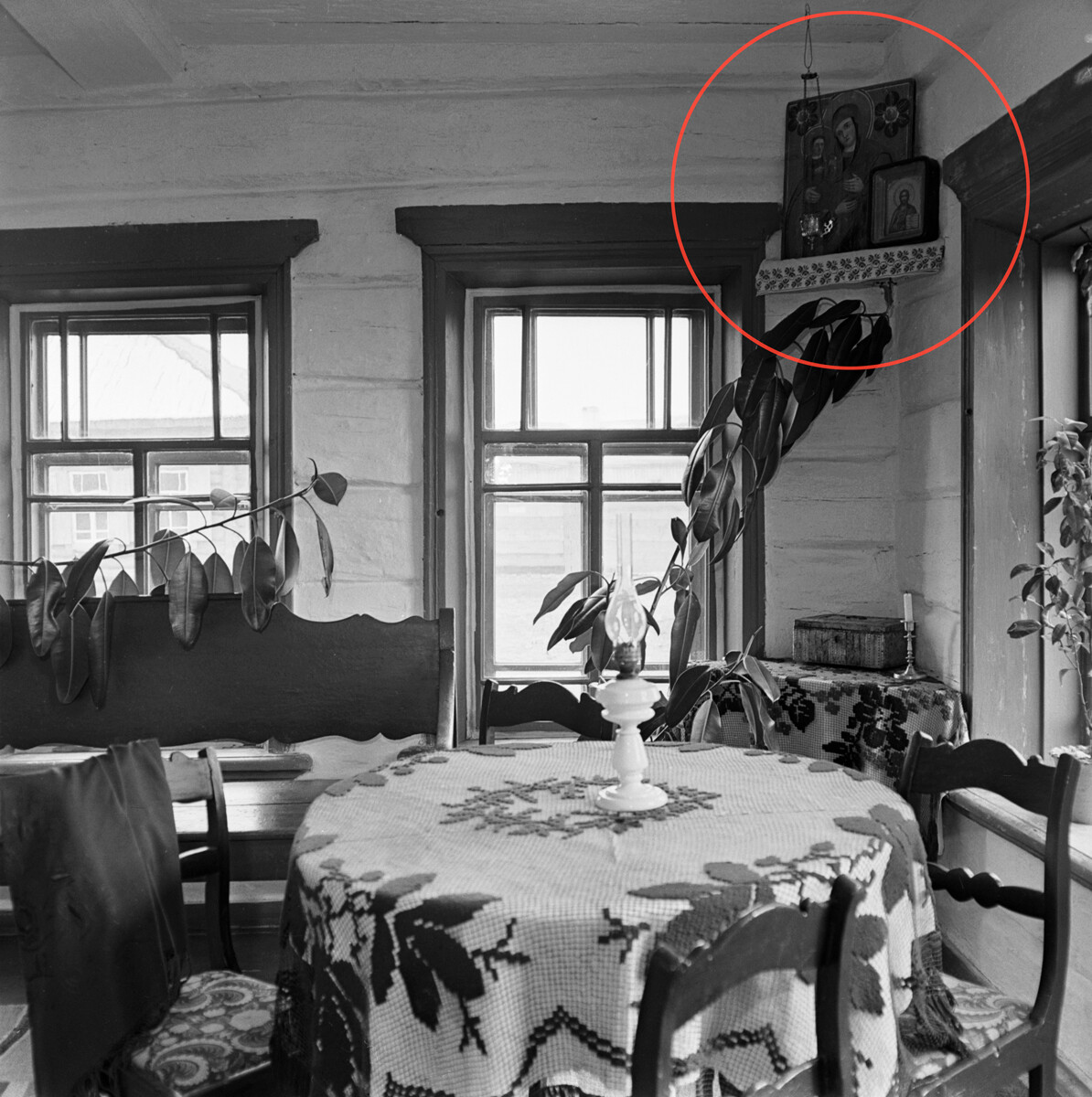 Nonetheless, a modest iconostasis can always be found standing in some particularly well tended spot in the home where family members and guests gather - usually, the eastern corner of the living or dining room.