7 facts about the standout island in the Kuril group (PHOTOS) 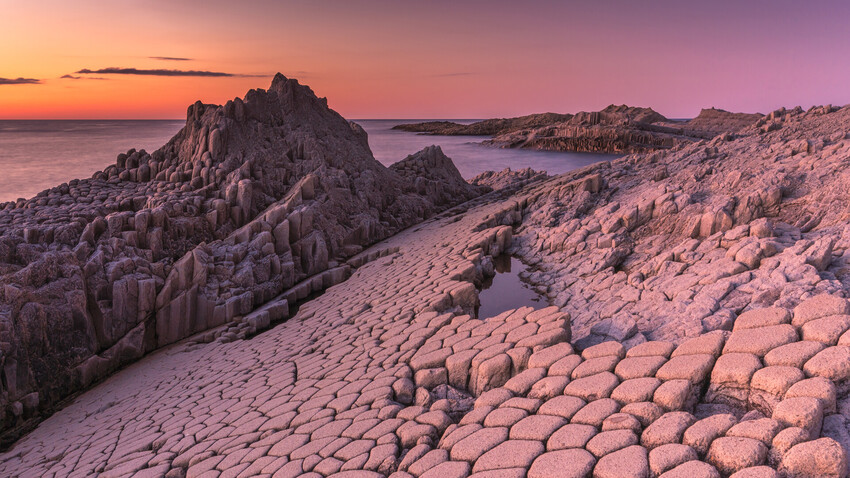 Ekaterina Vasyagina (CC BY-SA 4.0)
Natural jacuzzis, an almost boiling lake, a cascade of waterfalls and rare flora - you can find all this on Kunashir, the southernmost island in the Kurils.

Translated from a local dialect, Kunashir means ‘Black Island’. This was the name given to it by the Ainu, the ancient population of the Japanese islands, Kamchatka, the Kurils and Sakhalin. A large part of it is covered by dark green coniferous woods and almost black volcanic soil and the island’s most majestic volcano, Tyatya, casts a large dark shadow. 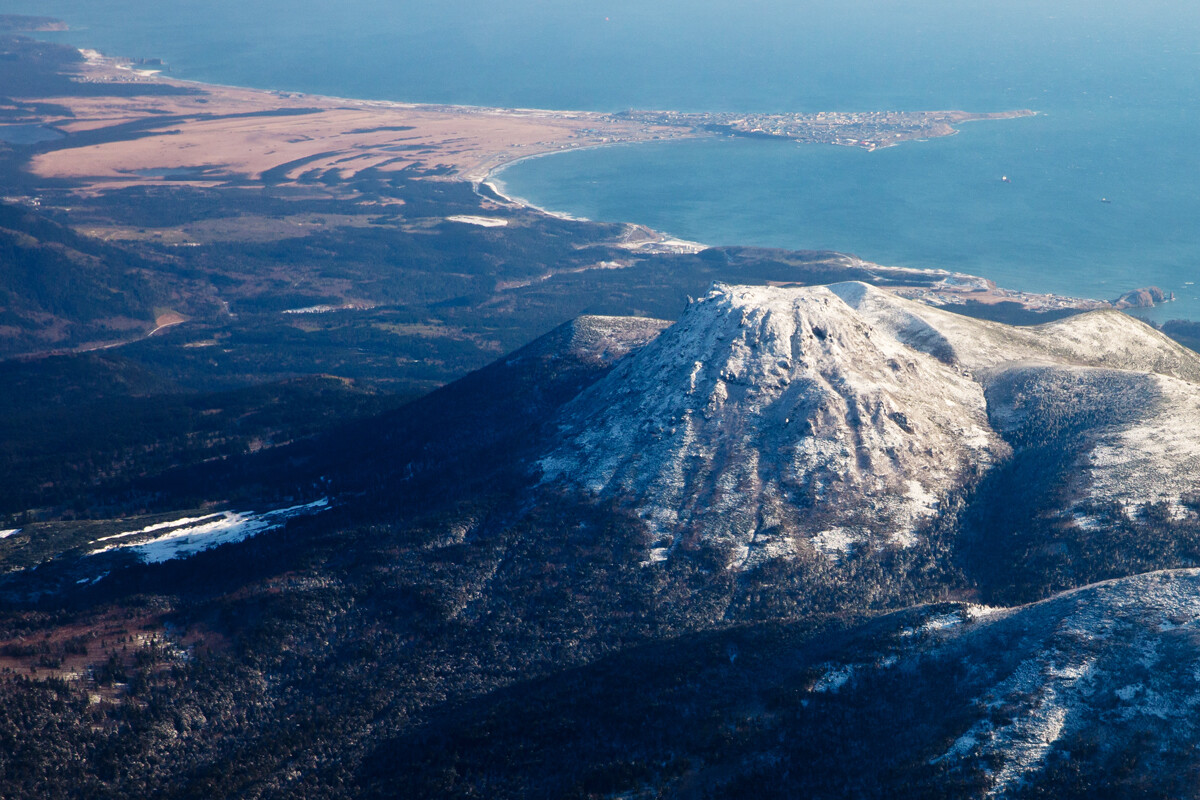 It is the most southerly of the Kuril islands. The distance from here to the Japanese island of Hokkaido is just 20 km.

2. There are three different volcanoes (and a boiling lake)

Many are drawn to Kunashir, because in a very limited area totalling 1,490 sq. km, you can find three different types of volcanoes. They are the Golovnina caldera volcano, the complex stratovolcanoes Mendeleyeva and Ruruy, as well as the island’s calling card - the somma volcano (a volcano within a volcano), Tyatya. 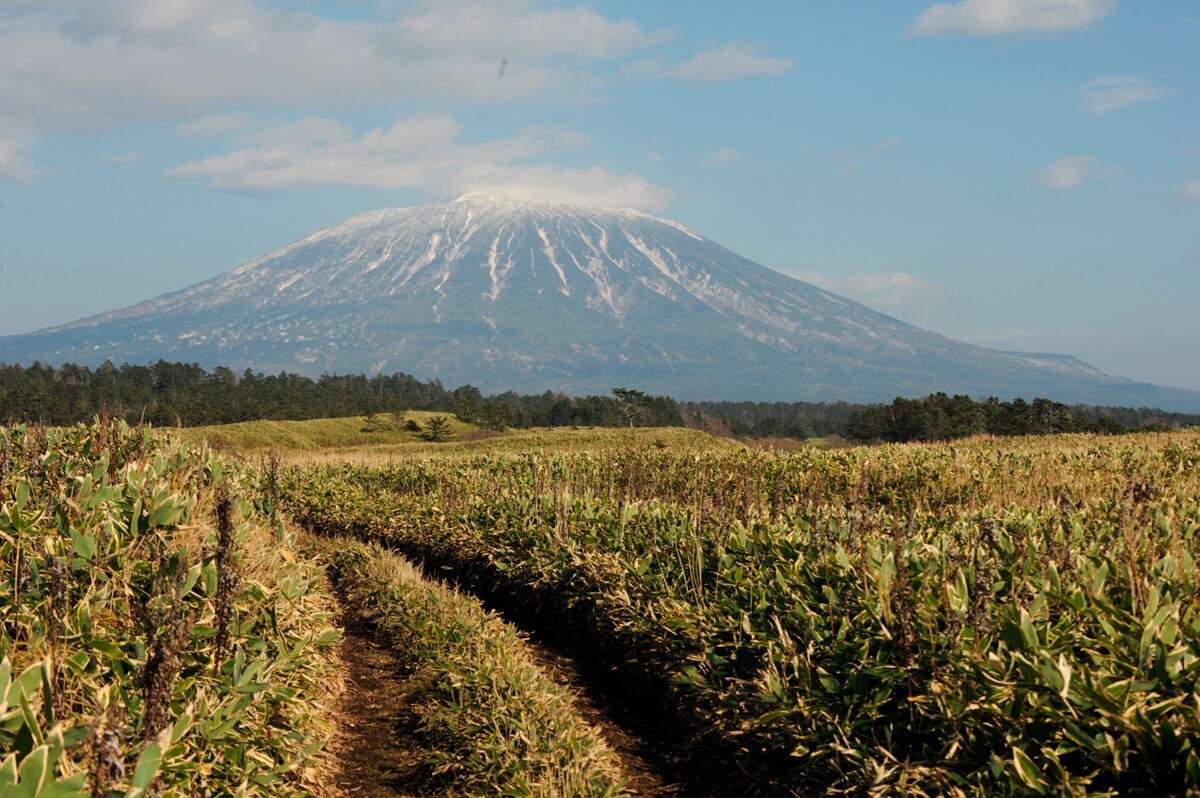 Aside from their diverse structures, all of them have their own distinctive features. For instance, Mendeleyeva and Ruruy are famous for their hot springs. The valley formed by the volcanoes is the starting point for a stream that, lower down, forms a whole cascade of natural jacuzzis. 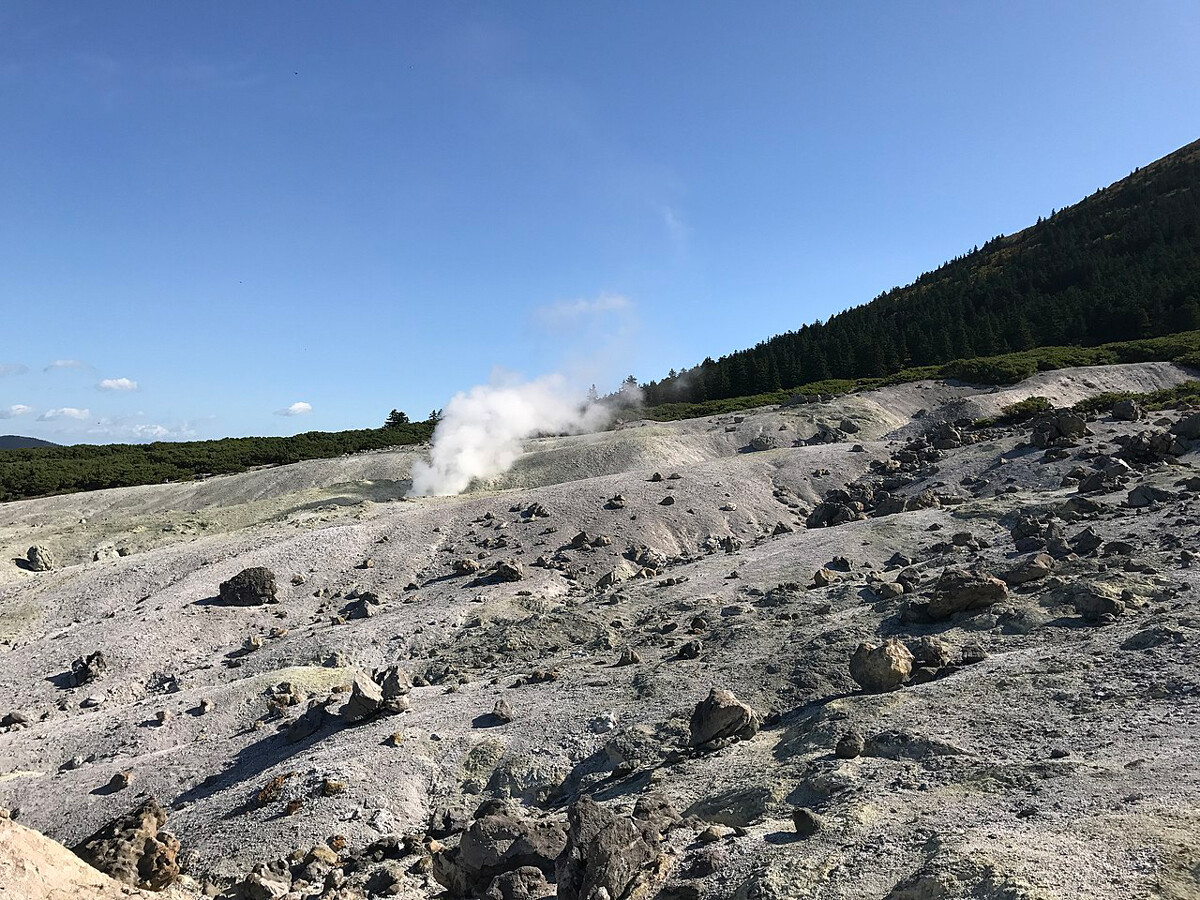 In the vicinity of the active Golovnina volcano are two lakes, Goryachee and Kipyashchee. In Kipyashchee, you can literally be boiled alive: The water temperature can get to 80°C and, in places, reaches boiling point. Jets of sulfurous and sulfur dioxide gasses are constantly being ejected under the water, keeping the temperature high. The lake’s sediments cause a black sulfidic-sulfurous foam to form on the water surface, imparting a leaden tint to the water. 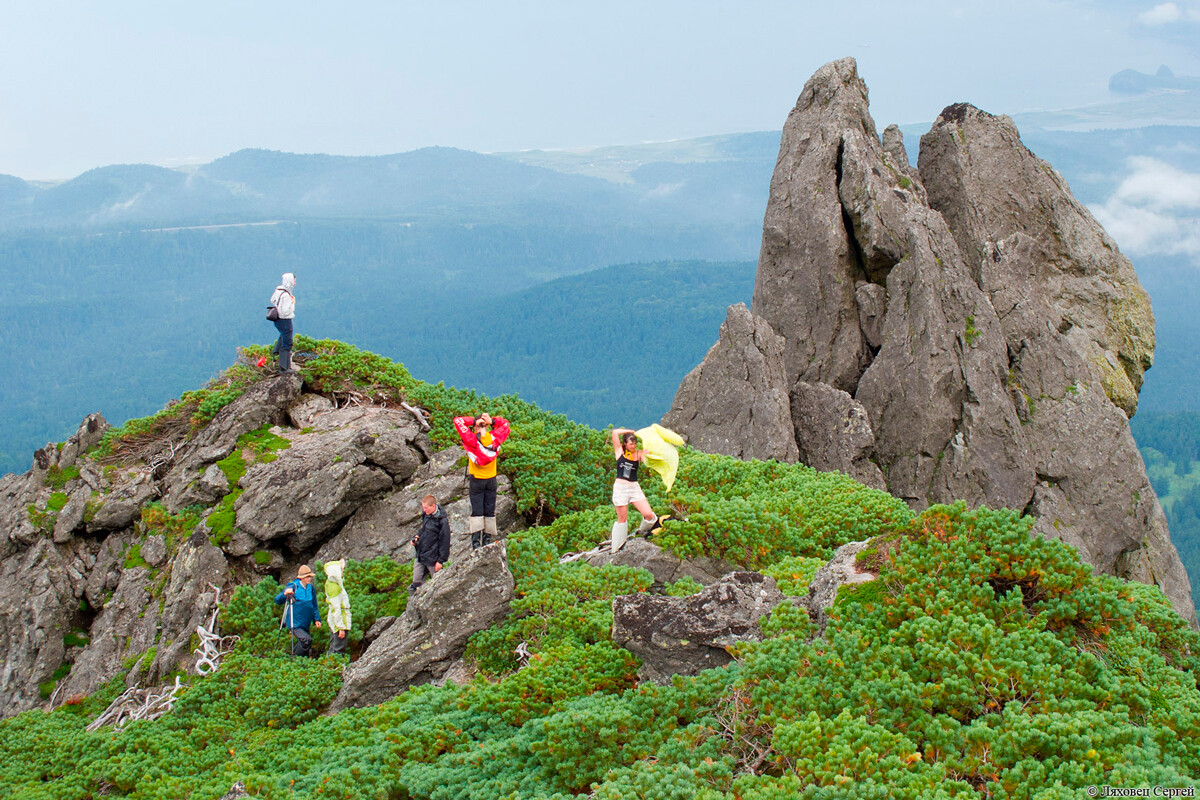 But, you can take a dip in Lake Goryachee with its exceptional turquoise-colored water. As the two lakes are linked, the water in Goryachee is always warm.

Tyatya is the biggest and most beautiful of all the volcanoes, but it is in a remote location. You can get to its foot by motor boat, but you can only do it in good weather. If you want to walk, getting just to the foot of the volcano would take several days (and that is not factoring in the ascent of the volcano itself, which is 1,800 meters in height).

3. There is a beach here where you can bake a crab 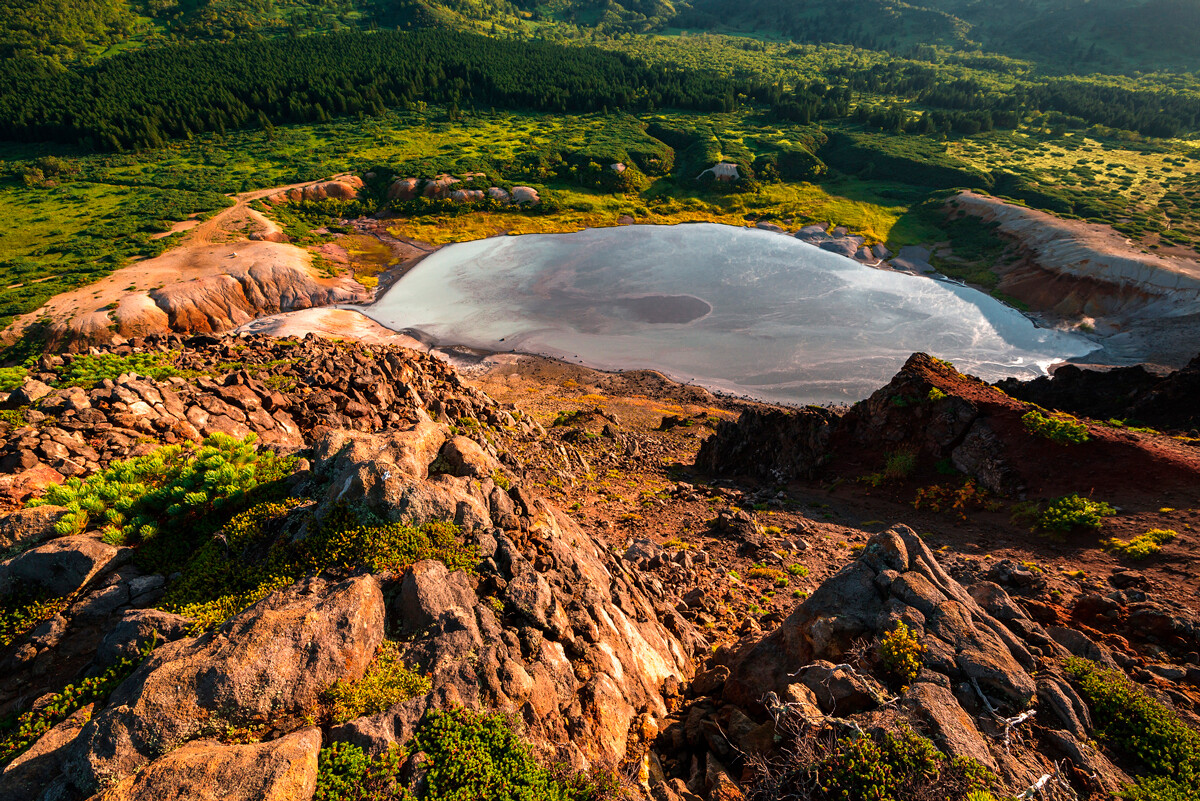 The location is Goryachy Plyazh at the foot of Mendeleyeva volcano. It is the only place on dry land there where the volcanic rocks are covered by a layer of sand. But the temperature of the sand is so hot that you can easily fry an egg or bake some seafood. 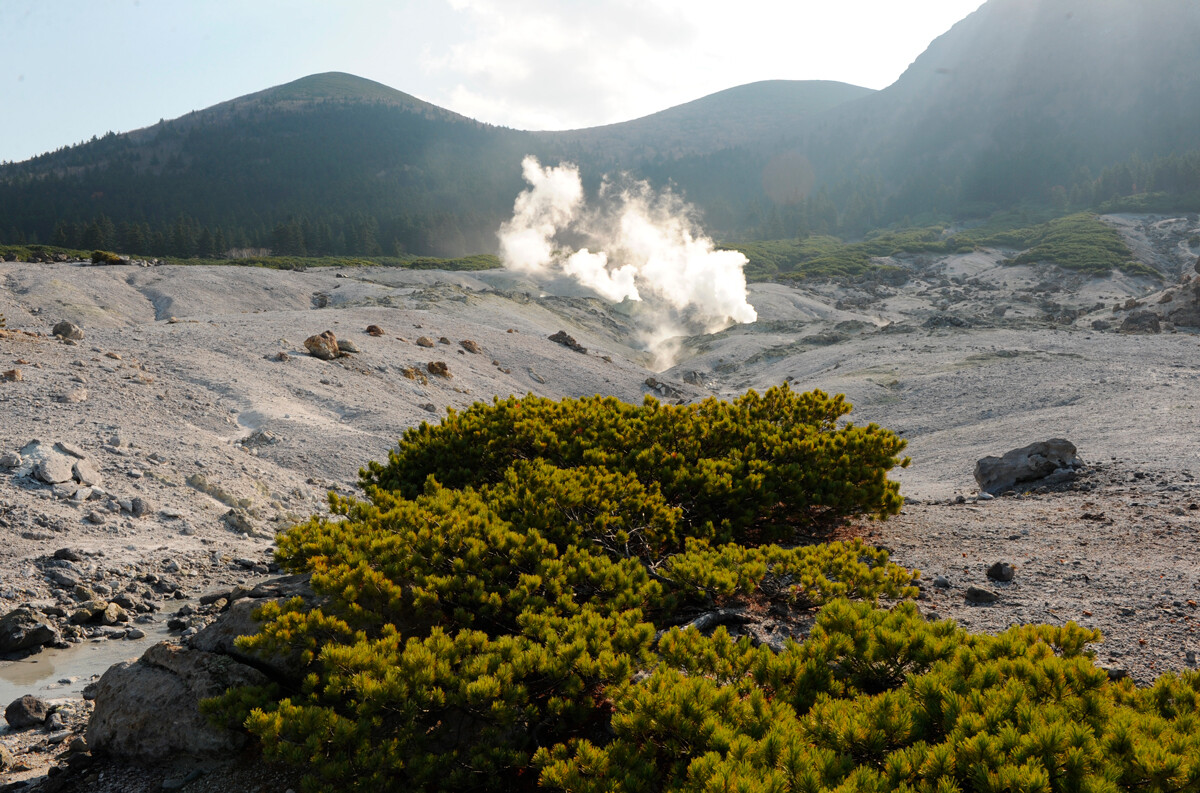 Most importantly, don’t get too close to the fumaroles (vents and cracks in the ground around the volcano), from which noxious yellow vapors are periodically emitted. 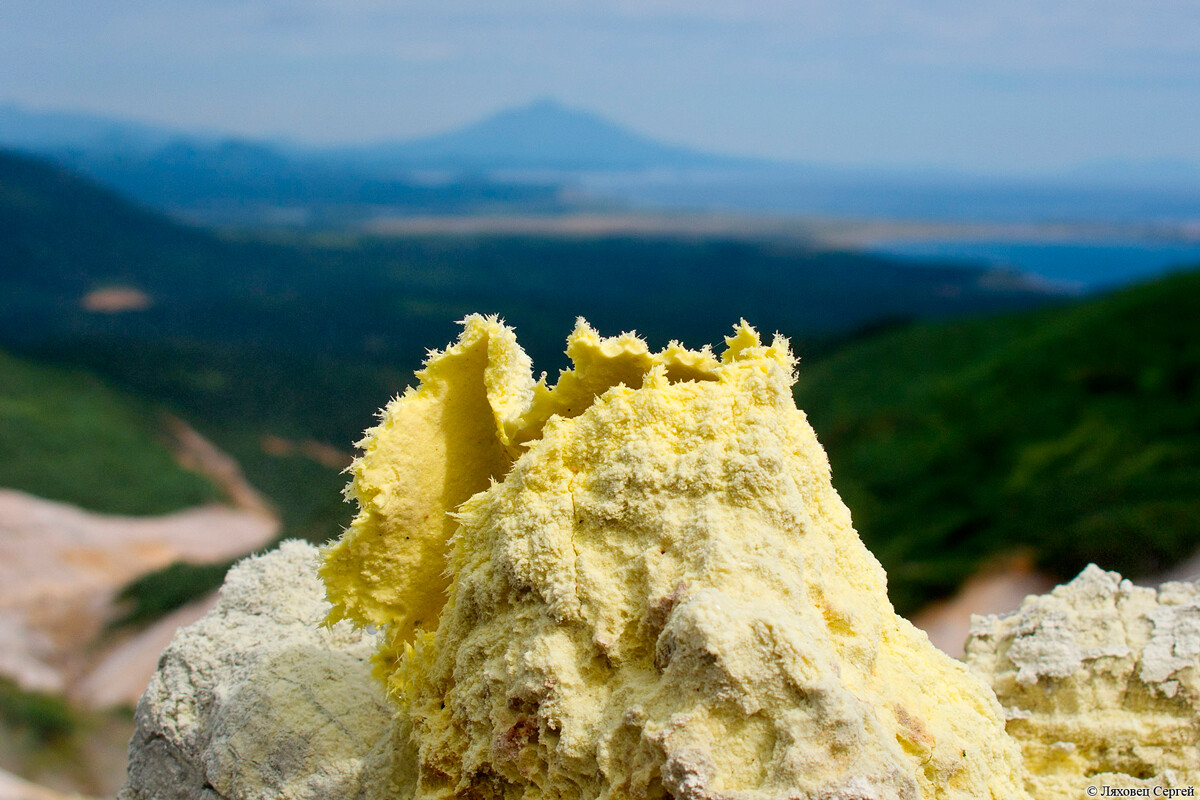 4. Cape Stolbchaty - formed by the cooling of lava

Forty to fifty million years ago it was also formed by the Mendeleyeva volcano. Lava from it poured into the ocean and solidified in the cold water to form five- or six-sided columns resembling the pipes of an organ. With the passage of time, the basalt formation rose out of the water and nature turned it into a tall and sheer headland (up to 50 meters high in places) on the shores of Kunashir. 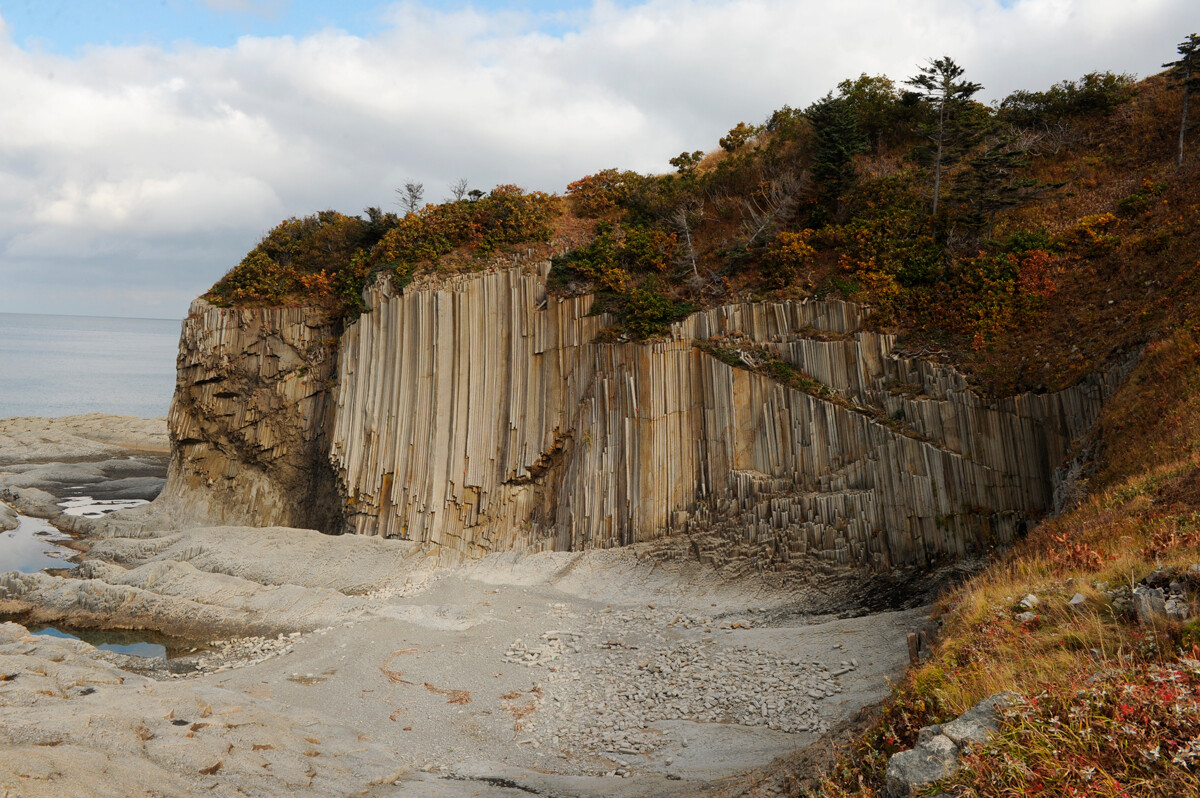 The locals call it Cape Stolbchaty, meaning “Cape Columnar”, because of its characteristic structure - and regularly entertain tourists there.

5. Over half the flora are Red Book species

Kunashir is also a state nature conservation area. Species of flora grow side by side there, which, on the mainland, are never to be found in the same geographic surroundings: fir trees entangled with climbing plants and covered with mosses and bamboo next to viburnum and cedar. What’s more, over half of the flora on Kunashir is listed in the Russian Red Book of endangered species. 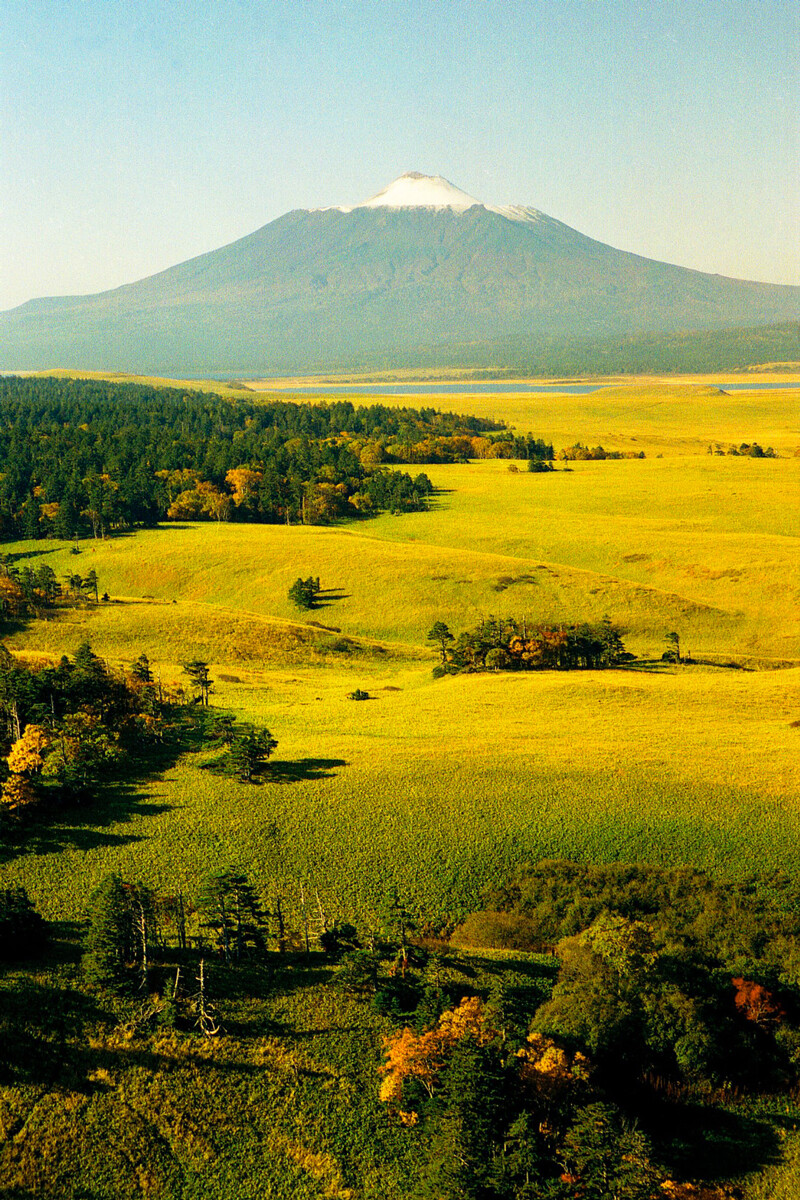 A nature trail runs across the island, along which boards with information about local endemic species can be found.

6. You can only get to Golovninsky Cliff at low tide

One of the most beautiful places on the island stretches from Cape Puzanov to the estuary of the River Belozerka. It’s called the Golovninsky Cliff and, located on the island’s Pacific shore, it consists of a long sheer wall of volcanic rock from which waterfalls gush. This wall of stratified rock reflects two million years of island history. 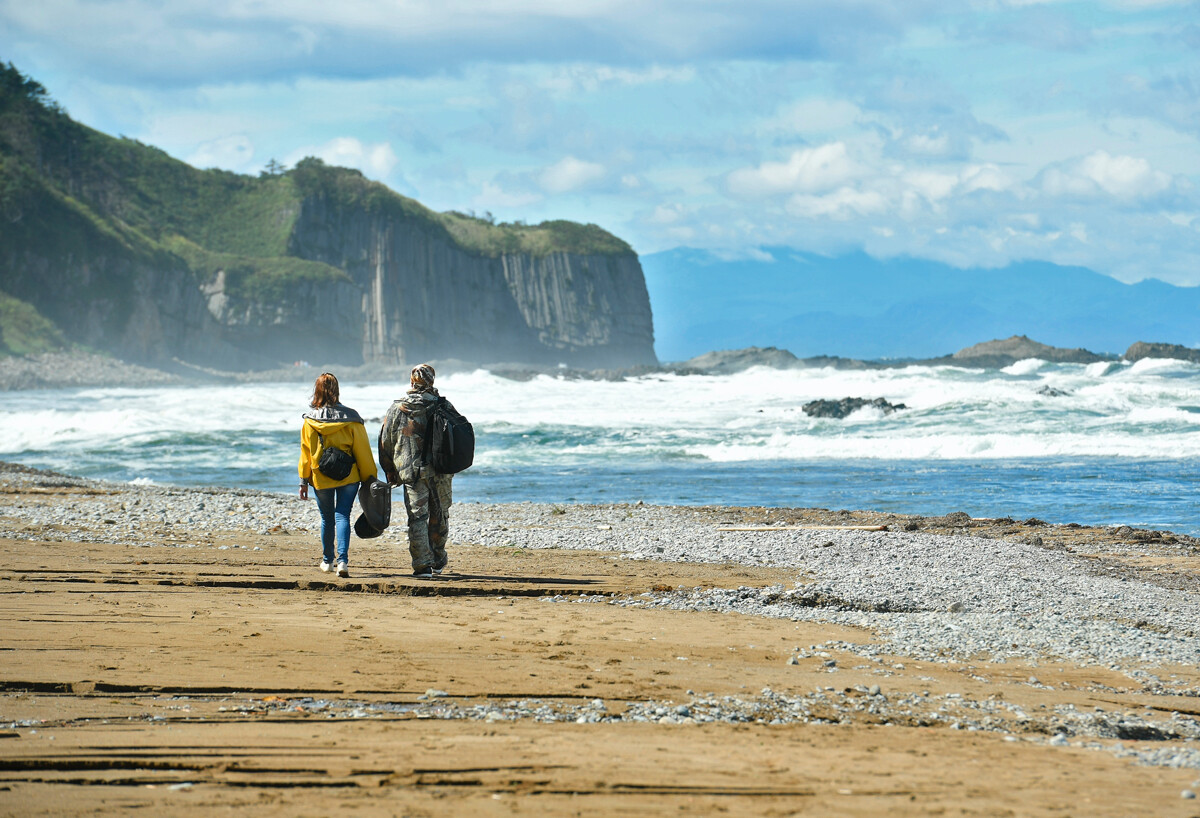 But to view this beautiful sight you have to wait for low tide: at any other time, the ocean reaches the foot of the cliff itself.

7. You’ll need a special permit to get here

Japan acquired full title to the island of Kunashir in 1875, in exchange for recognizing Sakhalin as Russian territory. But, in 1945, after the end of World War II and the signing of the Potsdam Declaration, the island passed to the Russians (although, Japan continues its attempts to assert its title to Kunashir and three other islands in the Southern Kurils). The Japanese left the island and Soviet military installations were built there.

The entire island is still regarded as a frontier zone and it is only possible to visit it with a special permit. They are issued in the district center of Yuzhno-Kurilsk, where almost the entire population of the island is concentrated. To get one, you need to apply to the conservation area’s administrative office.