Who is Dmitry Bivol, the fighter who delivered the greatest upset in boxing in recent history? 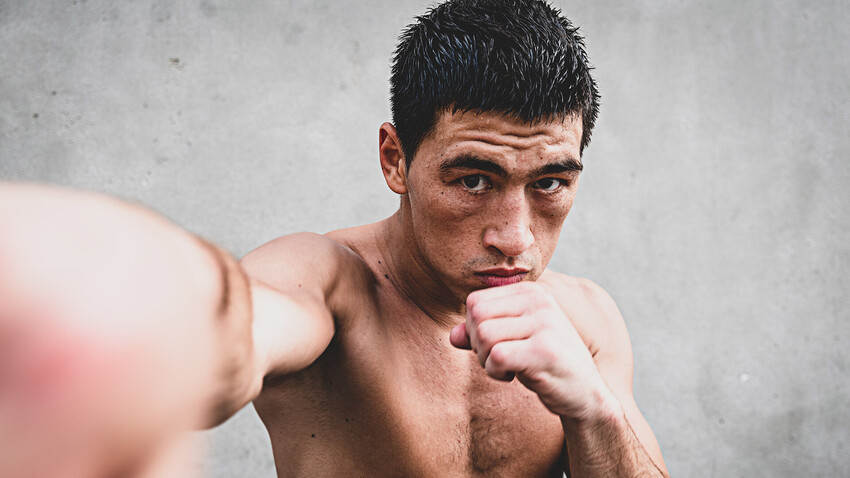 On November 5, 2022, Russian boxer Dmitry Bivol stepped into the ring at the Etihad Arena in Abu Dhabi and walked through yet another Mexican fighter, Zurdo Ramirez. Bivol dominated a taller opponent throughout the whole fight and won the fight by unanimous decision, successfully defending his WBA light-heavyweight title.

The Bivol-Ramirez standoff was an epic show of strength but Bivol’s biggest triumph happened earlier on May 7, 2022, when the Russian boxer defeated boxing superstar from Mexico Saul “Canelo” Alvarez, who moved up in weight class, from super middleweight to light heavyweight, to challenge the current champion.

In his perfect professional boxing career of 21 wins and 0 losses, Bivol has achieved 11 knockouts.

Dmitry Bivol has been representing Russia in amateur and professional contests, but his background is far more complex.

Bivol’s father was born in Soviet Moldova and his mother was of Korean ethnicity. After marrying, the couple moved to the Soviet Republic of Kyrgyzstan, where young Bivol was born on December 18, 1990.

He started boxing at the age of six. As a child, Bivol was bigger than the average boy of his age. The fact that he was able to beat older fighters in amateur bouts boosted his confidence and contributed to his further boxing career.

Raised in Tokmok city, Kyrgyzstan, Bivol moved to St. Petersburg, Russia, at the age of 11 and continued training in Russia. In 2012 and 2014, Bivol won the Russian national amateur boxing championships. Winning many more championships, Bivol ended his amateur career with a whopping record of 268–15.

Because Bivol’s roots are not conventional, many fans wonder what country he represents.

“Now we have two flags hanging in the locker room - a Russian flag and a Kyrgyz flag. The Kyrgyz flag is [from] where I started boxing, where I was born, where the guys support me [...]. They, too, take pride in me. And the Russian flag [represents] the country of which I am a citizen. I got a great experience here, this is the country I represent. People already know everything,” Bivol said in a recent interview.

Bivol is married with two children. He and his wife met at the airport in St. Petersburg when both were 16 years old. In one of her interviews, Ekaterina Bivol confessed to being too superstitious to watch her husband fight, relying on her close friends to provide her with bits of information instead.

Despite holding the world title, Bivol’s reported net worth is comparatively modest and totals $1.5 million in 2022.

Click here for the 5 sexiest female BOXERS in Russia.