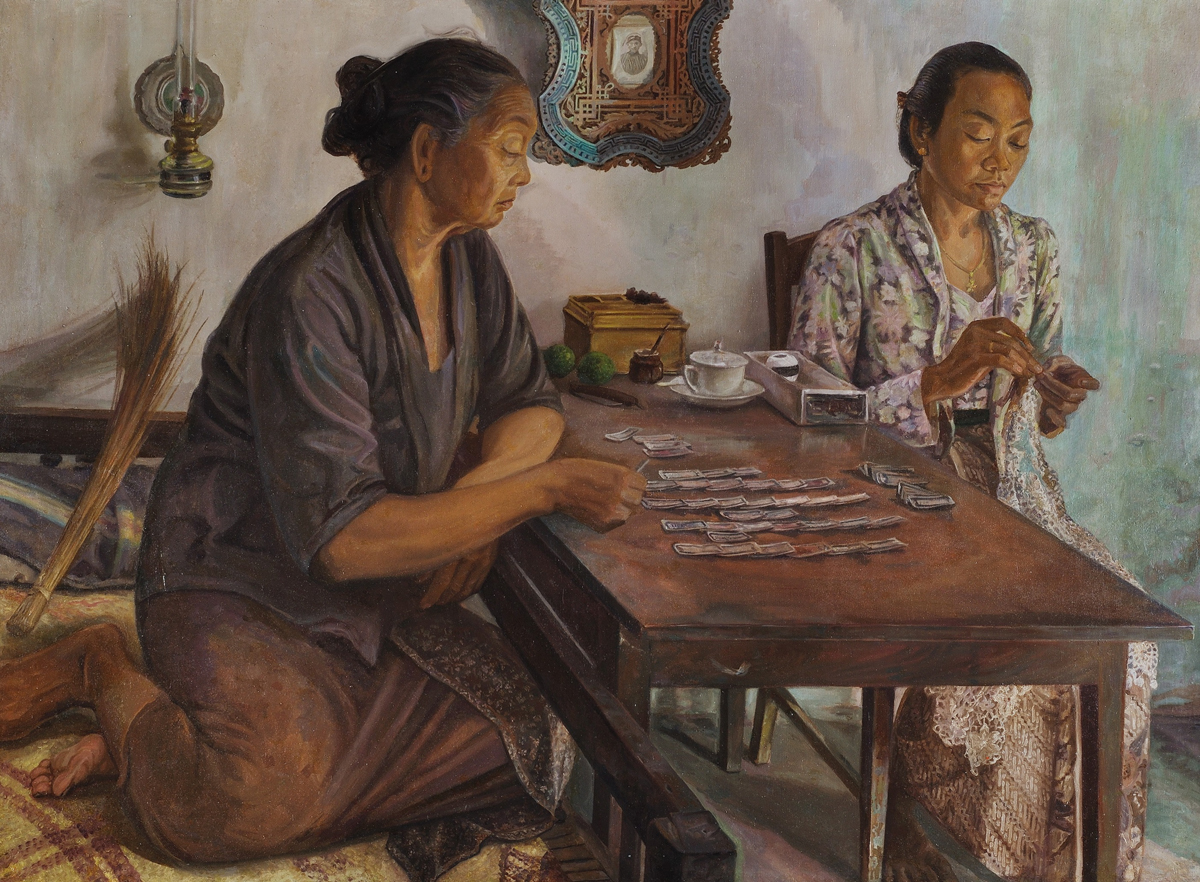 Press Photo
The State Museum of Oriental Art in Moscow recently unveiled ‘New life of Indonesian Art,’ an exhibition, which is dedicated to the celebration of the ASEAN-Russia year of culture.

In 1964-65, Vilen Sikorsky and Natalya Chevtaykina worked in the House of Soviet Culture in Jakarta and Surabaya.

While he was the general director of the House of Culture, Sikorsky cultivated friendships with many Indonesian artists, who gifted him some of their paintings.

During the Indonesian coup d’etat in 1965, Sikorsky and Checkvetaykina left the country and saved some unique paintings of artists, such as Rustamadji, Pekik, and Tarmizi, from getting destroyed.

"Most of the Indonesian painters of the 1950s belonged to the Social Realism art school,” says Galina Sorokina, curator of the exhibition. “Expressing the social dimension in their works, Indonesian artists described the lives of rural people and all the challenges that they had to face.”

“All these paintings remind me of my childhood,” says Indonesian Ambassador to Russia Wahid Supriyadi. “I have never seen some of these pictures, even in Indonesia, making this exhibition a unique opportunity.”

Bondan. The portrait of a girl, 1960. Source: Press photo

In 2016, Sikorsky and Chevtaykina donated their art collection to the State Museum of Oriental Art in Moscow. The museum has restored 12 of the 33 paintings.

“The museum has done a great job,” says Vilen Sikorsky. “I never thought the paintings would look so gorgeous”

“This exhibition is really touching for me. And I hope for next Indonesia festival we can borrow some of the paintings to put them in the Hermitage garden,” says Ambassador Supriyadi.

Kunsoiono. Portrait of a young Indonesian with a pick, 1961. Source: Press photo

The exhibition will be held at the State Museum of Oriental Art until the middle of October.