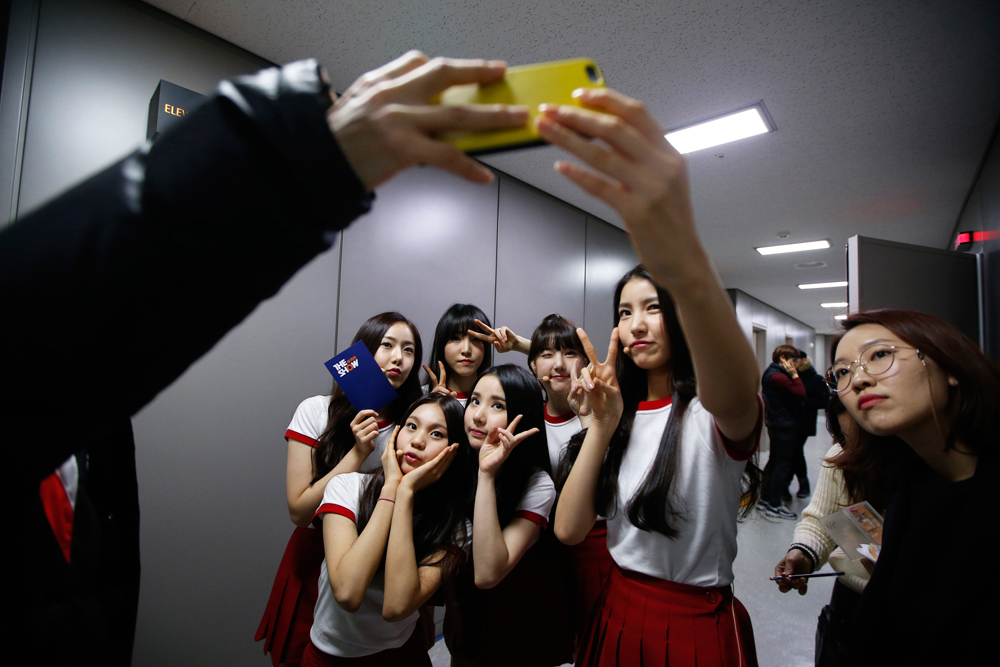 Members of South Korean girl group GFriend take a 'selfie' after their performance in "The Show" in Seoul January 20, 2015.

A group of artists, intellectuals, academicians and bloggers have formed a Korean culture promotion group in Moscow, The Korea Times reported on its website.

The group called ‘K-culture supporters’ looks to assist cultural exchanges between South Korea and Russia while supporting the spread of hallyu (a term for Korean entertainment and popular culture), according to the report.

The group’s members include Yuri Kolosov, chief of the international relations bureau of the Russian film makers association, and Anatoly Levin, chief conductor of the symphony orchestra of the Moscow State Tchaikovsky Conservatory, the paper said.