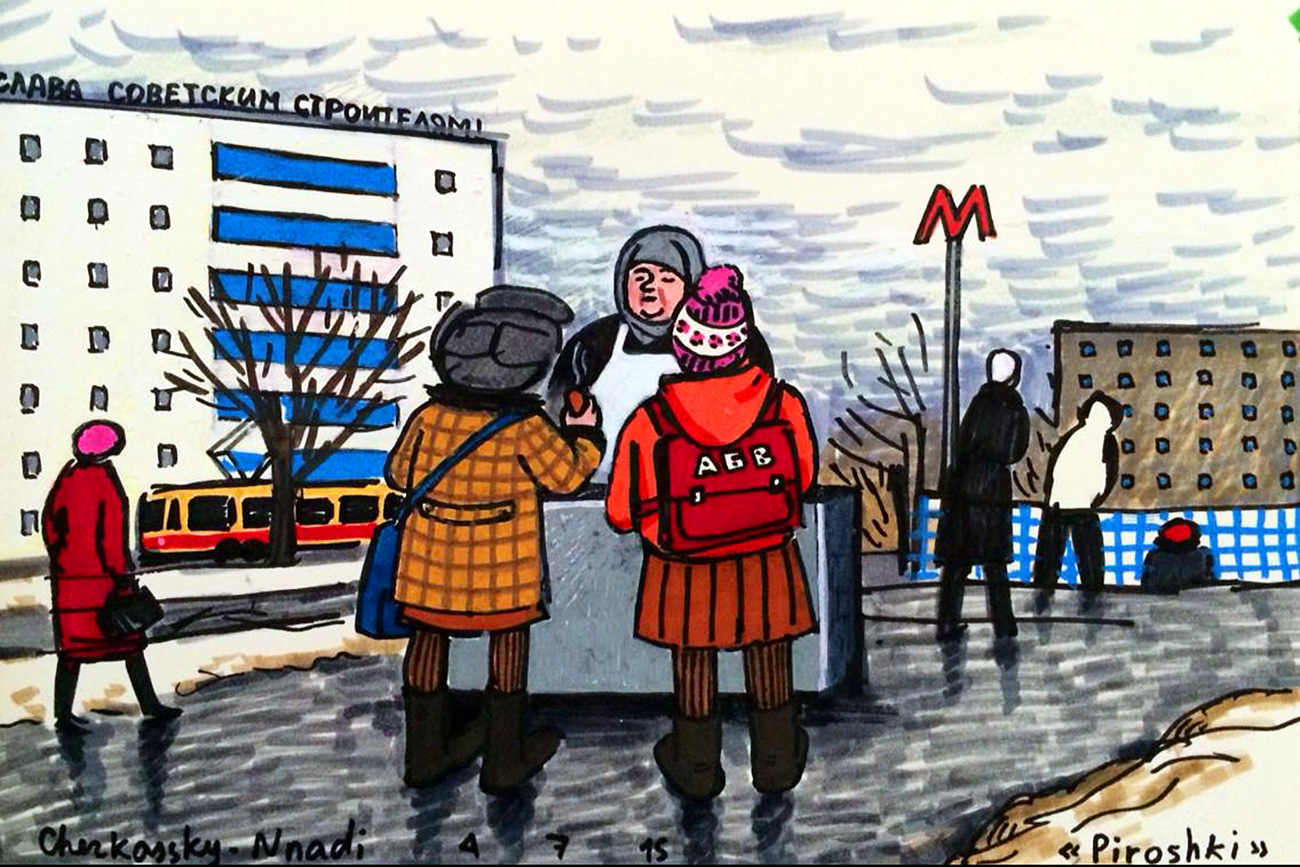 Zoya Cherkassky-Nnadi moved to Israel from Kiev in 1991, the year of the fall of the USSR, when she was only 15. In her adopted homeland she became an artist with a recognizably unique style. Her drawings maybe look naive in their expression, but they are extremely deep in meaning. They refer viewers to the familiar realities of their own lives. A collection of her paintings of Soviet childhood recently appeared on the Internet depicting ordinary life in the USSR just before its fall.

1. Labor Day, May 1, marks the economic and social achievements of workers and the fight for laborers’ rights. It was a very important day in the USSR, when millions of people joined traditional May Day demonstrations, holding posters with typical Soviet slogans. It is still a state holiday in Russia. 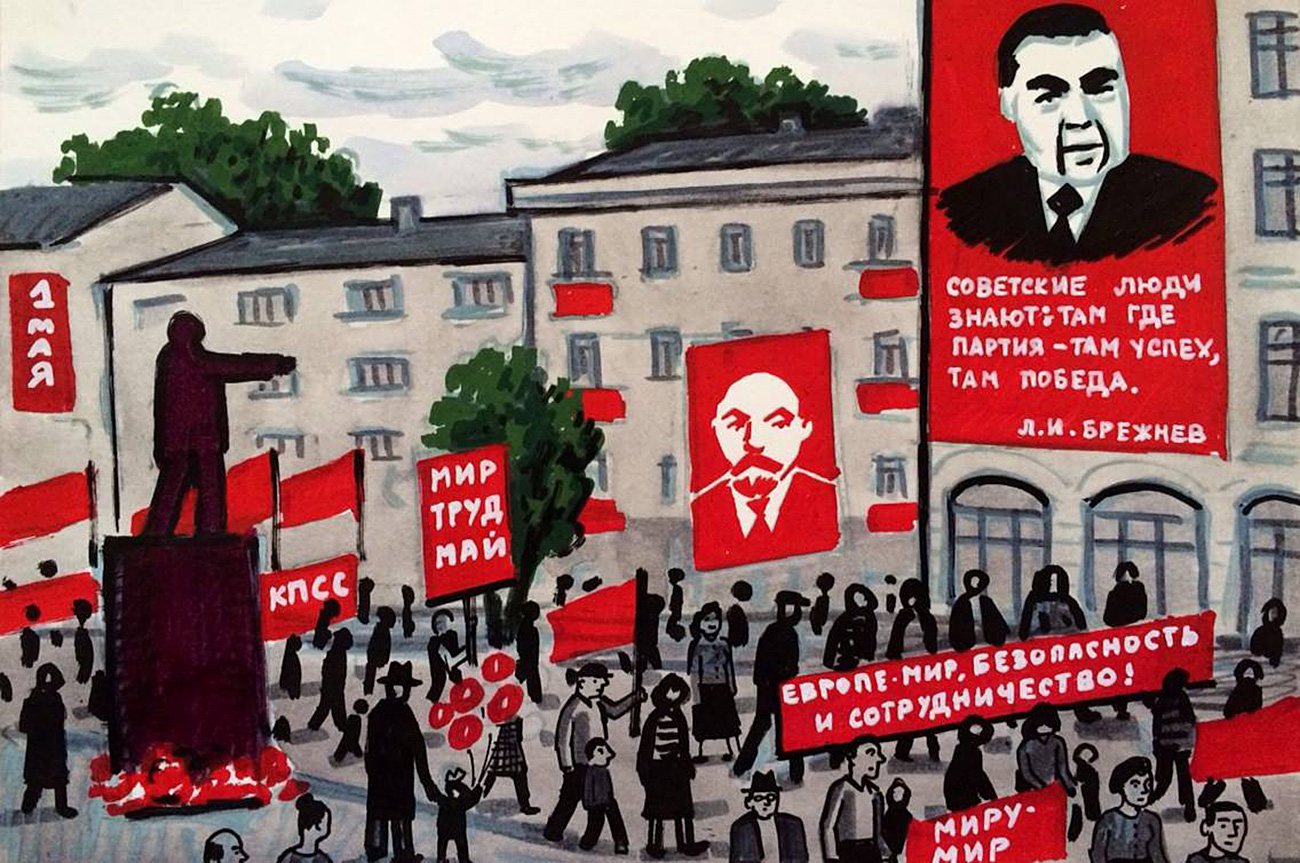 2. In the Soviet Union, all school children had to wear identical uniform. Boys wore blue suits with aluminum buttons; girls had brown dresses a little above the knees and black aprons. Young Pioneers also wore red scarves. School children who were on duty that day (they wore red armbands) stayed behind after classes to clean the room. 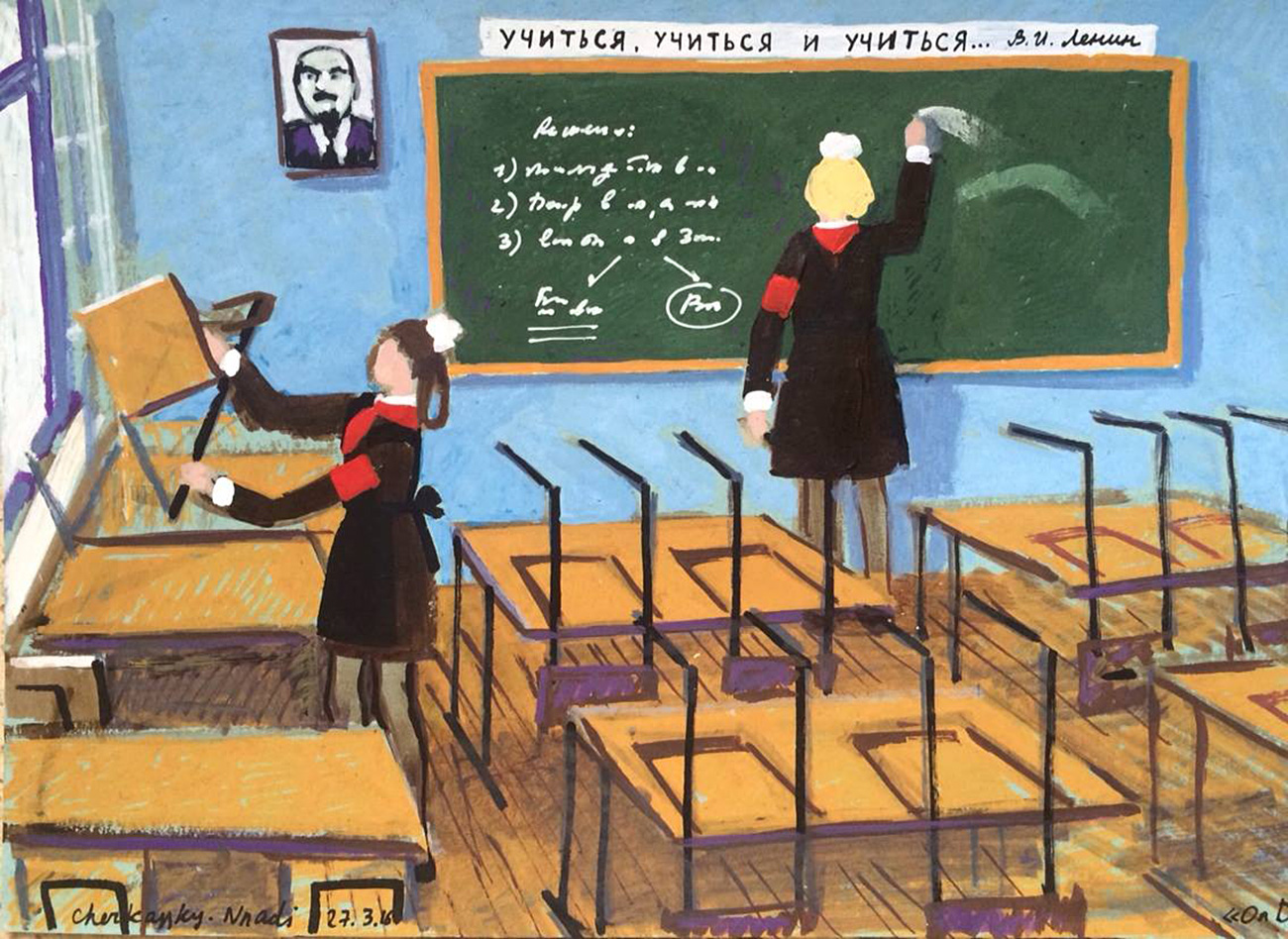 3. In the 80s, cities were actively built up with standard panel houses of 9-16 floors. The yards in these neighborhoods were also standard: a small playground and benches by the entrance, which were always occupied by elderly women. They always knew who was entertaining guests, who had bought new furniture, and whose cat had just stolen sausages from the neighbors. How did the babushkas on benches know everything? No idea, but they are surely the greatest spies of all time. / "She forgot to wear a skirt!" 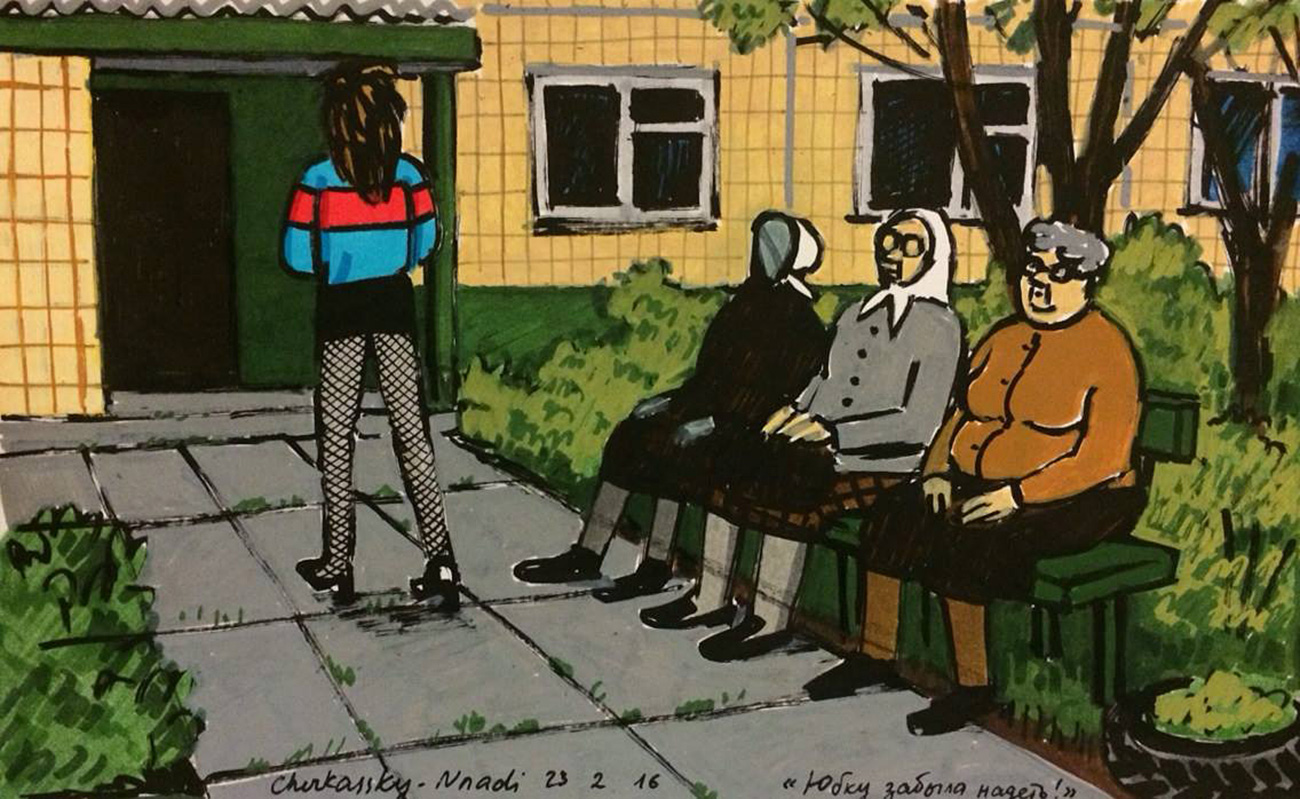 4. Russians don’t walk on their walls, but they have carpets all over them. Carpets invaded Russian apartments in the 60s, when millions of people moved to khrushchyovkas (low-rise buildings named after Nikita Khrushchev). Their walls were not only cold, but thin. So carpets also served as soundproof material. And they were an extremely popular background for photos. 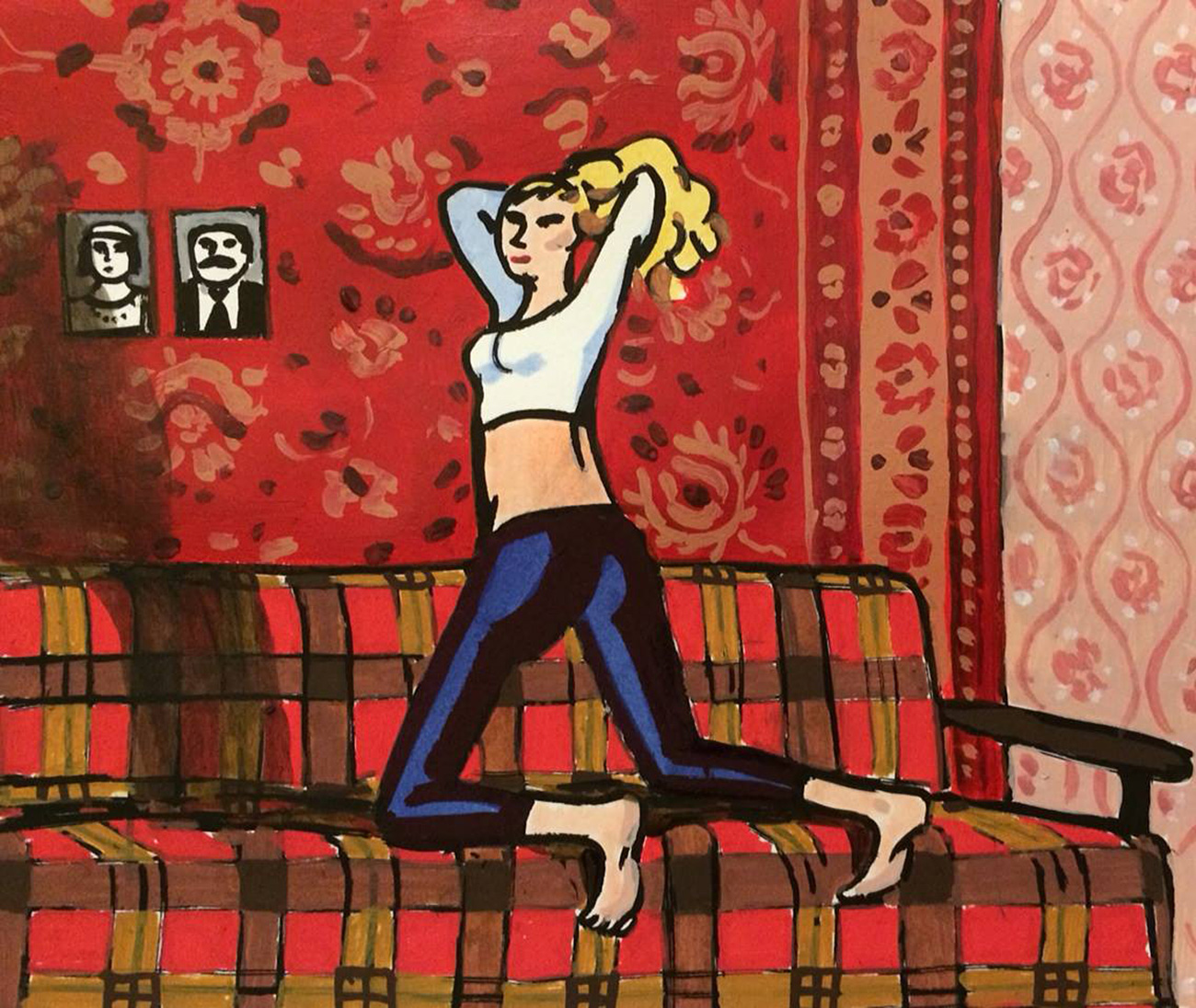 5. In the late 60s, working Soviet citizens were allocated land plots, usually 6 ‘sotkas’ in area (1 ‘sotka’ is 10 by 10 meters or one hundredth of a hectare), which many called "Fazendas". Thus, the state solved issues not only with food, but with people’s free time. In post-Soviet countries, summer weekends are still often associated with work and play at the dacha. 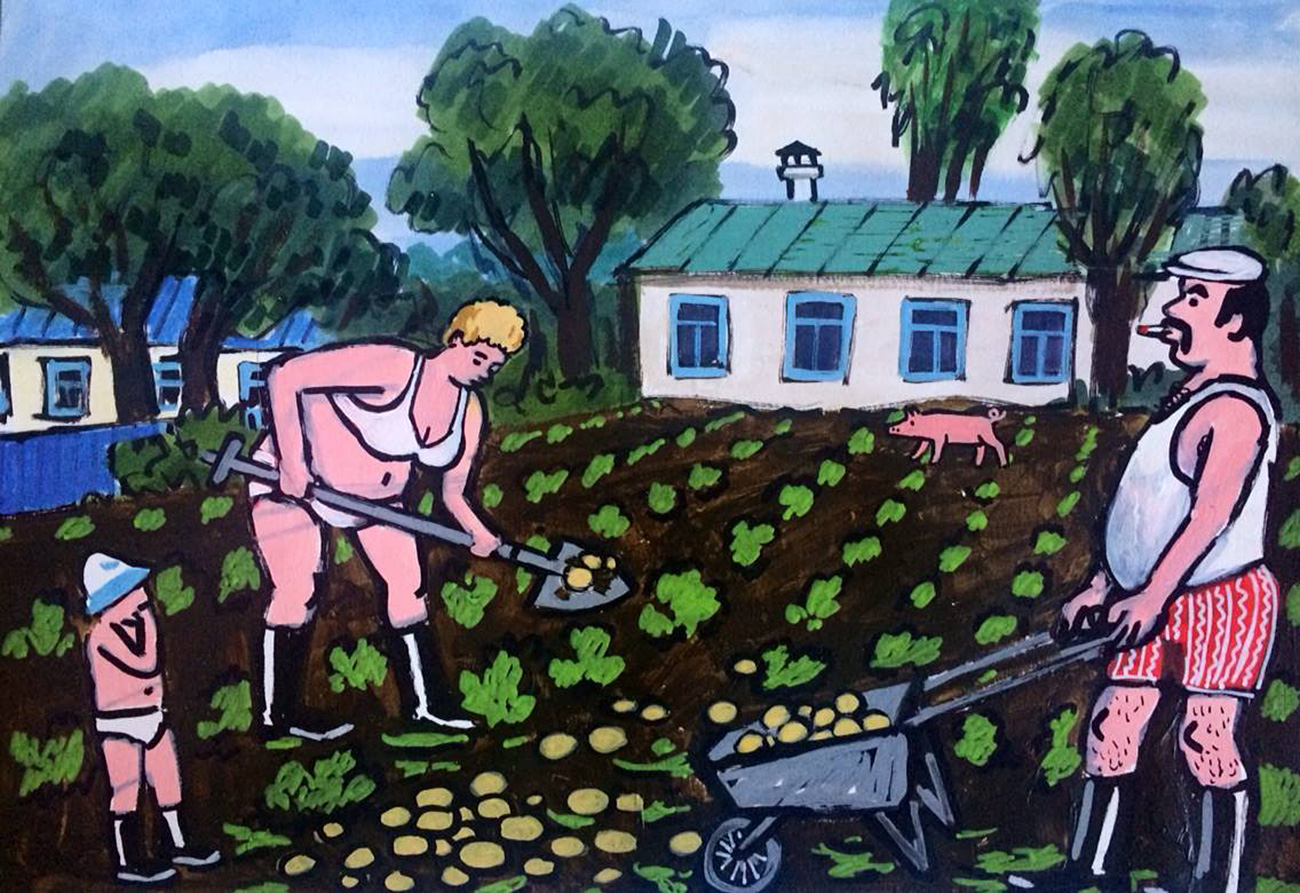 6. Traveling on Soviet trains, especially inside third-class sleeping carriages known as platzkart, is indeed a very interesting experience. In addition to heart-to-heart talks, Russians like to stock up with food in advance. The standard passenger lunch is boiled chicken and eggs. Everyone starts eating as soon as the train leaves. It's nothing to do with hunger – just tradition. 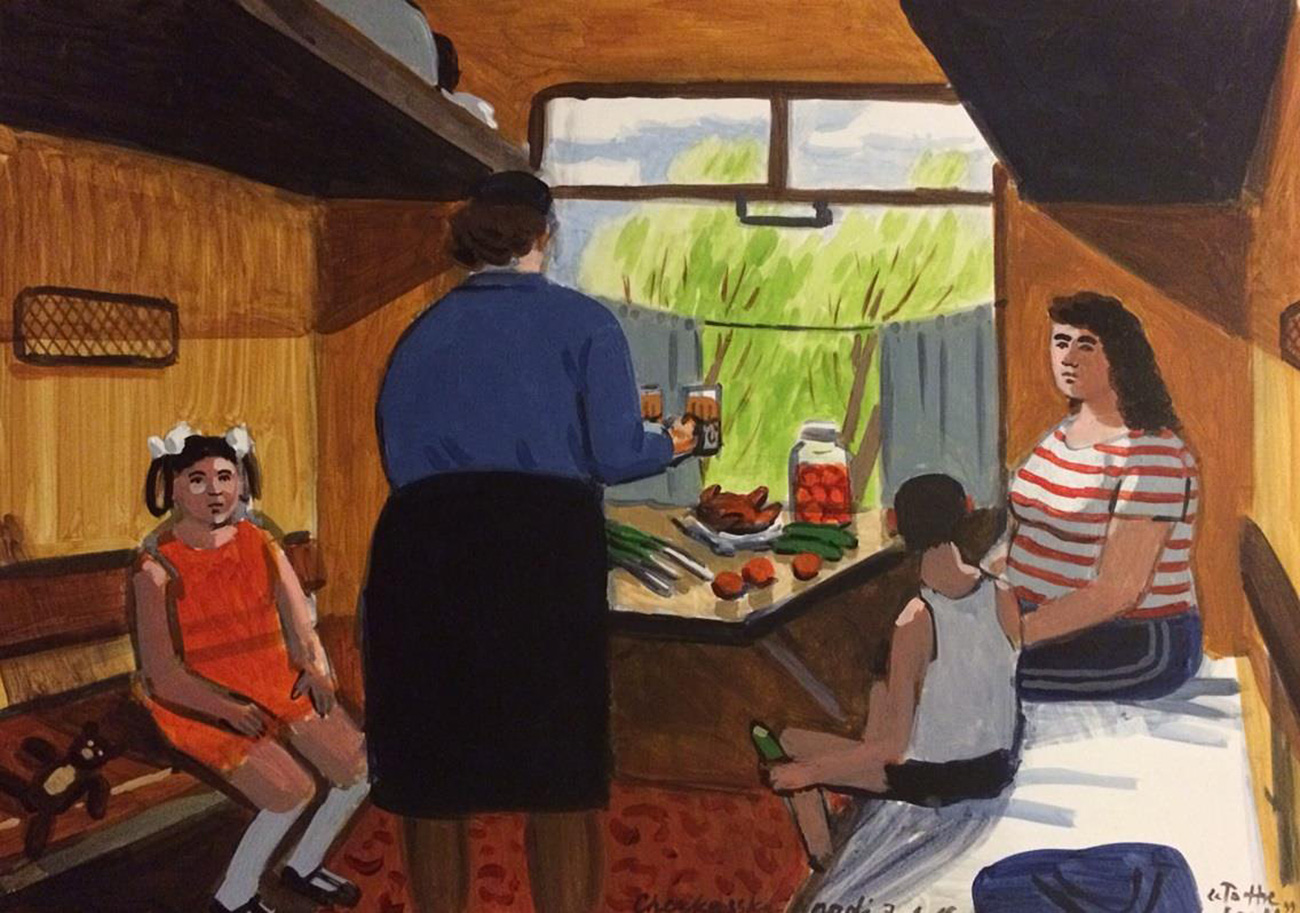 7. Eating meals at a cafeteria was an essential part of Soviet life from childhood to retirement. One of the most popular dishes was cutlets with mashed potatoes. Incidentally, women often did not take off their headgear indoors. The reason was twofold: not to mess up their hair, and to show off their fur hats. 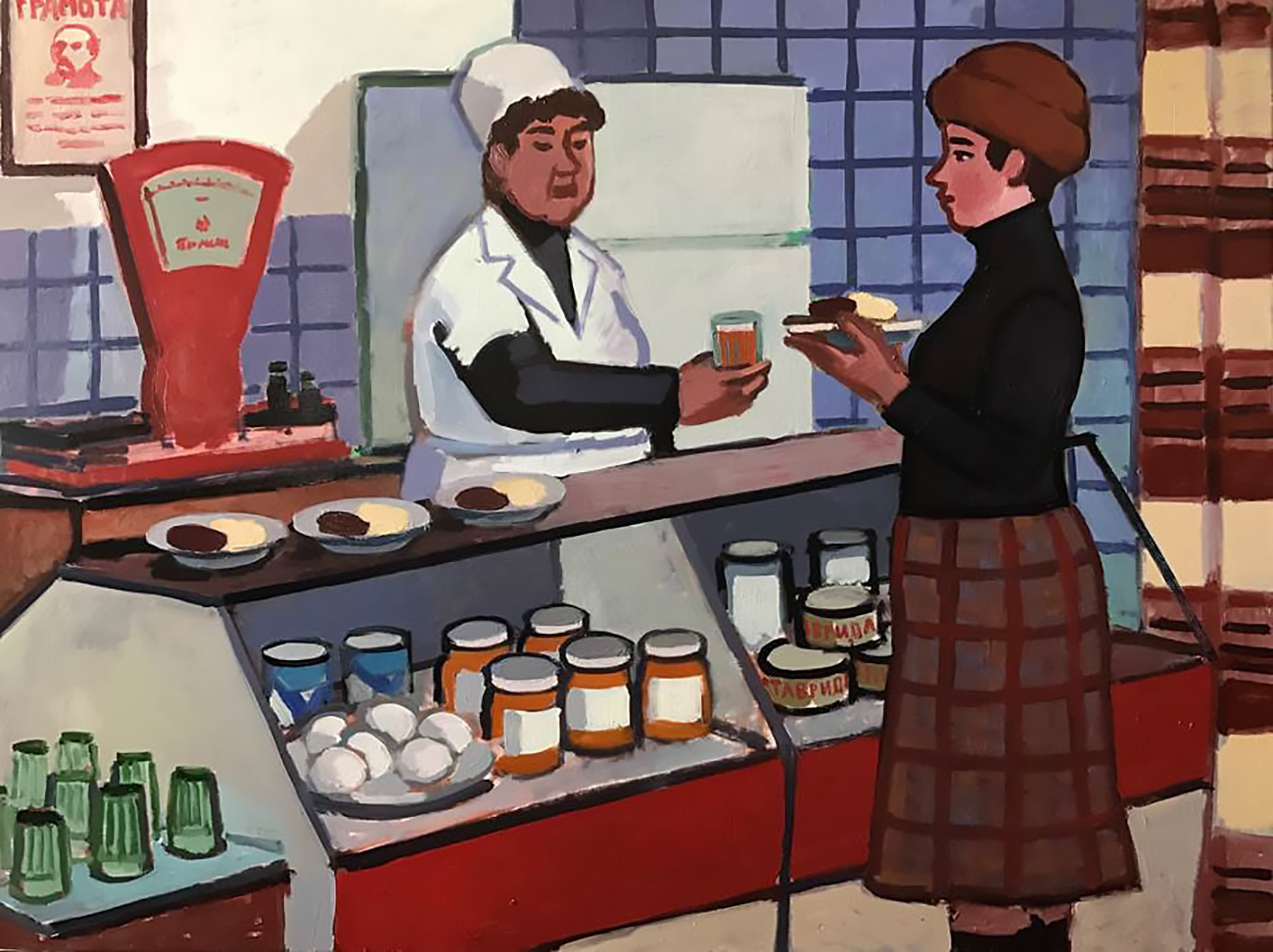 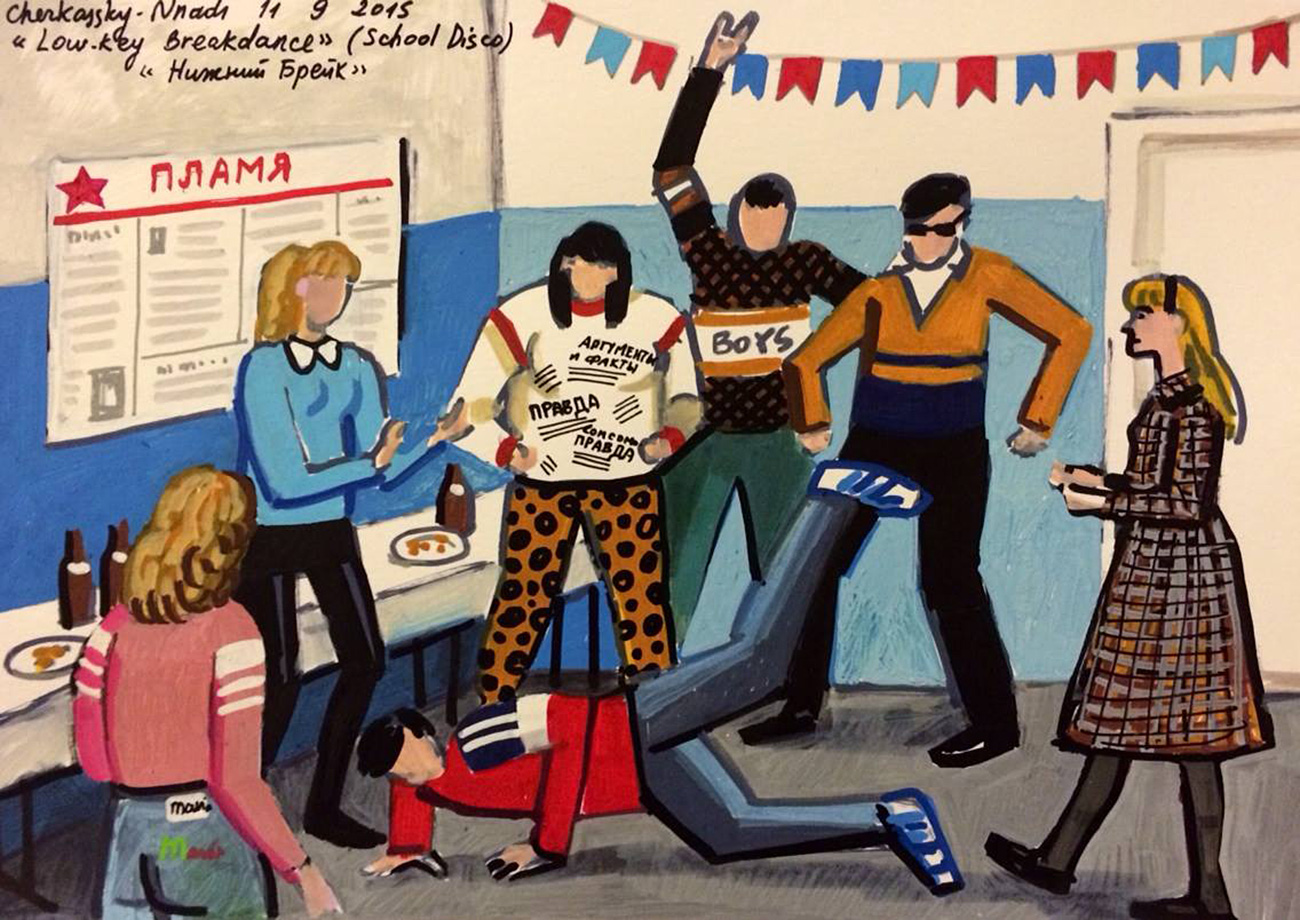 9. The Soviet puzzle is made up of many elements, and the festive table is one of the most basic. Due to the widespread shortages in the late 80s, people had to cook unusual and fanciful dishes to surprise guests using products they could get in the shops. Herring, gelled eggs or fish, pickled food, ‘death cap’ eggs and tomatoes were on every festive table – be it a wedding, funeral, wake or birthday party. In very rare cases they laid out crystal glassware — a typical wedding gift that was never actually used. 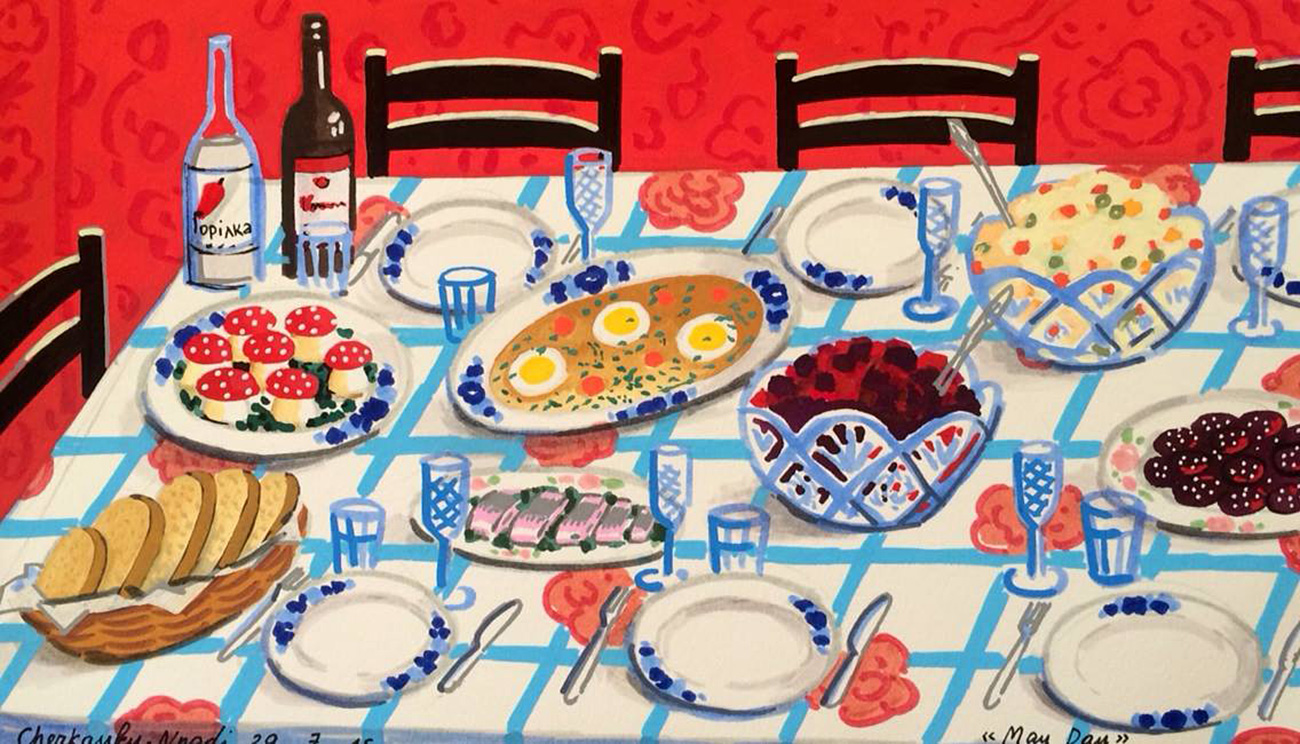 10. Dissidents disagreed with Soviet ideology, but did not plan to seize power. They just wanted to ensure that as many people as possible knew about violations of basic human rights in the country. To that end, they utilized samizdat and various methods of smuggling information to the West. They tried to pick up Western radio stations that were banned in the USSR.  However, the time of the dissidents and the Soviet Union itself ended in 1991. 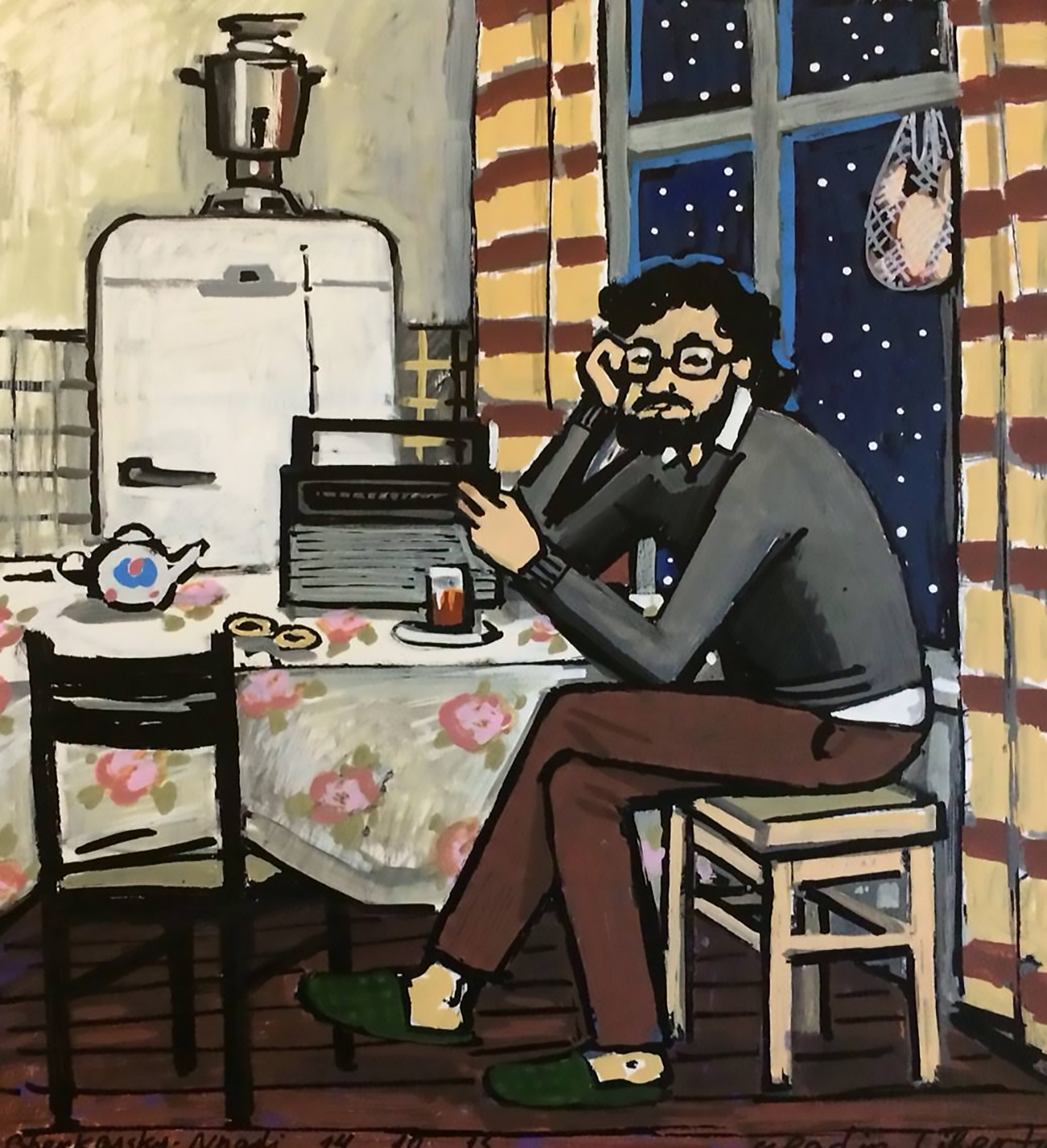 Read more: Back in the USSR: 10 places to eat in Moscow with Soviet atmosphere