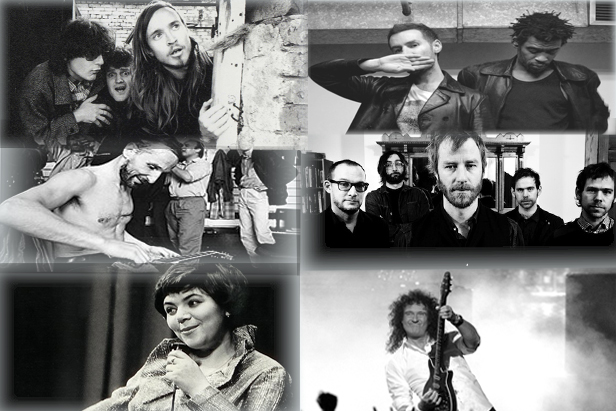 At the recent Mayfield Depot Festival in Machester British group Massive Attack made a performance titled "Everything Goes According To Plan", which is a reference to Egor Letov's most famous song. Yanka Diagileva's ballade "My sadness is light" was also sung by Elizabeth Frazer of Cocteau Twins. And this is not a single example of Soviet allusions in the modern Western music.

Today, there is a noticeable rise in the interest shown by Russian youth in their Soviet cultural heritage. Some discover the grim horrors of the labor camps through reading the memoirs of Shalamov and Solzhenitsyn, while others watch Tarkovsky's films or come across a "Melodiya" LP in a dusty attic somewhere. It's a natural process: after the first post-perestroika years and the hasty rejection of all things Soviet comes acceptance, and even interest. As the revival gains momentum, the more it is becoming clear that this interest in the relics of Soviet culture stretches far beyond Russia's borders.

After the publication of the first videos on YouTube at the beginning of July 2013, Russian social networks were awash with surprised comments. That suggests that despite the formal obstacles to its distribution, Soviet culture is accessible, and now, many years later, the vacuum has been breached and the post-Soviet cultural space is gradually filling up with fresh air.