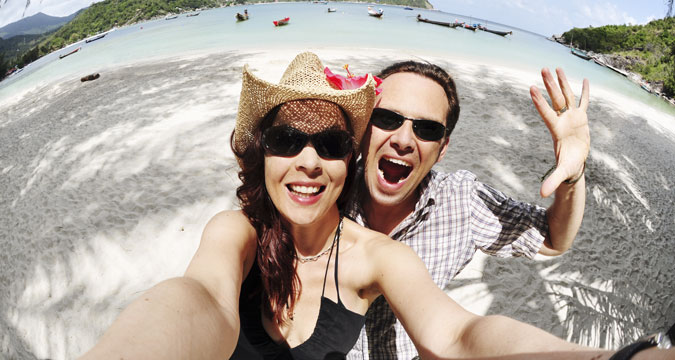 A Russian tourist has been awarded a set of surprise gifts for becoming the 29 millionth foreign visitor to Thailand in 2015.

Dubbed ‘Thailand’s luckiest visitor,’ Elena Slobodian was greeted at Bangkok’s Suvarnabhumi Airport on Dec. 24 with a welcoming ceremony by senior executives of the Tourism Authority of Thailand, Airports of Thailand, the Immigration Bureau, and Thai Airways, according to Travel Daily News Asia.

Slobodian’s prizes include two economy-class return tickets on Thai Airways from her original destination to Thailand, valid for one year, a voucher for a five-night stay at a luxury hotel, and a mobile phone with a 4G sim-card and seven-day Internet usage for use during the trip, according to the report.