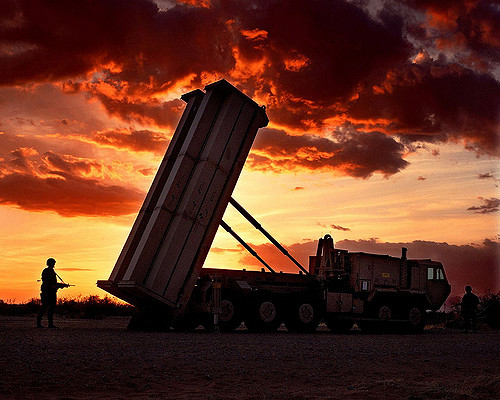 Flickr/ Lockheed Martin
Lavrov and Wang urge the U.S. to not install the anti-missile system

Russia and China have called on the United States to not install the Terminal High Altitude Area Defense (THAAD) system in South Korea.

Washington and Seoul began discussing the installation of the anti-missile system in South Korea after Pyongyang conducted a series of missile tests.

“Relevant countries shouldn't use Pyongyang's acts as a pretext to increase their military presence on the Korean Peninsula,” Russian Foreign Minister Sergey Lavrov said on April 29, after holding talks with his Chinese counterpart Wang Yi in Beijing. “We believe the possible deployment of the THAAD anti-missile system won't resolve this problem.”

Wang said such a move would security implications for China and Russia.

“This move goes beyond the defensive needs of the relevant countries,” Wang said. “If it is deployed it will directly impact China's and Russia's respective strategic security.”