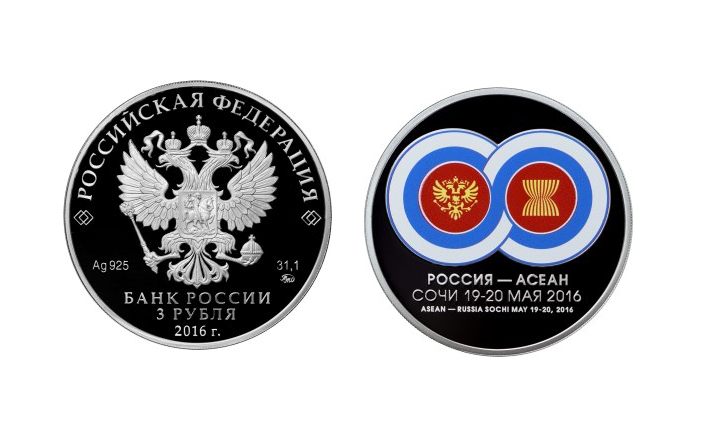 Press Photo/ The Central Bank of the Russian Federation
The silver coins commemorate the 20th anniversary summit in Sochi.

The Central Bank of Russia has issued special silver coins in honor of the upcoming ASEAN-Russia summit in Sochi.

The summit will be dedicated to the 20th anniversary of the establishment of a dialogue partnership between Russia and the Southeast Asian grouping.

Two thousand limited-edition coins will be issued by the Central Bank.