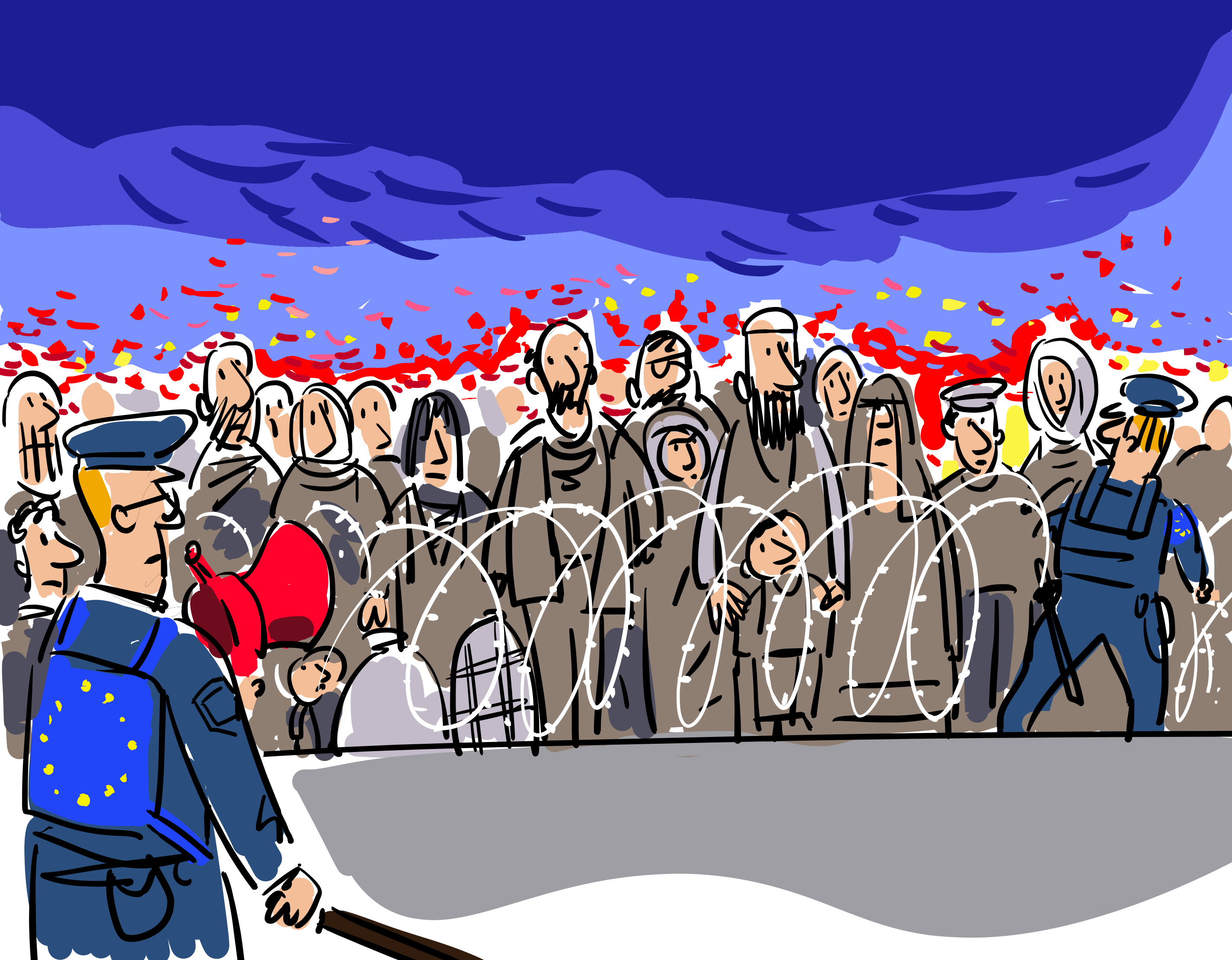 Could the current wave of migrants arriving in Europe lead to closer cooperation between the European Union and Russia? The migrant wave from West Asia and North Africa poses a serious test of the EU’s will and unity, with lack of preparedness resulting in a confused and divided approach to the problem.

Russia is closely watching the situation in Europe as refugees flow in. Migration processes have a global spread and, in Europe at the moment they have affected every country.

For Russia the issue is topical, as it involves the country in three ways; as a host, as a transit point and as a point of departure. Russia has just been through a wave of migration, getting almost one million refugees from Ukraine, a crisis almost similar in dimension to the one confronting Europe.

Migration is not new to Europe. Over the past years, flows of refugees and illegal migrants have been increasing, initially from the economic crisis and then from the political instability and conflict on the periphery of the EU.

The emergence of the Islamic State (ISIS) and the subsequent escalation of the conflict in West Asia and North Africa have led to outright disaster, with millions of people forced to flee to safer areas.

It is clear that Europe was not prepared for such a huge wave of migrants and the surge in migration. Despite the fact that all necessary documents were drawn up and the Council of Europe determined the measures, the procedures have been painfully slow. Secondly, there are very complex bureaucratic mechanisms of agreement and decision-making. Thirdly, there is an absence of will among a certain part of the establishment. Additionally, there is a conflict of different points of view concerning the very future of the EU – from extremely liberal to Euro-sceptic.

As a result, European countries are unprepared for making joint decisions and bearing joint responsibility. This unpreparedness has led to confusion within the EU administration. Now each country is trying to save itself individually. Russian experts have been particularly surprised by the fact that this Euroskeptic tone is being set principally by the countries of Eastern Europe.

In my opinion, what Europe currently needs is a series of measures that are directed both inward and outward. If we were to speak about internal efforts, it would be necessary to review the Dublin Convention, which determines the country that is responsible for examining applications for granting asylum. It is also necessary to unify the regulations and procedures for examining these applications.

On a foreign policy level it is necessary to adopt force and administrative measures for strengthening borders. For example, it is essential to bolster the patrol of sea borders and the fight against traffickers in order to avoid human deaths. And obviously, it is important to help the countries of exodus in order to reduce the number of potential migrants. The EU and the UN need to help the migrants accumulated in Libya, the majority of whom are located on the coast.

Of special significance would be diplomatic efforts focused on stabilizing the situation in the Middle East, particularly in Syria and Libya.

If we are to speak about the near future, then it can be expected that Europe will take those migrants that have already arrived. But this has serious risks. Firstly, this may lead to the threat of terrorism, since potential extremists may be hiding among the migrants. There may also be international conflicts, for several reasons: due to the various groups of migrants, a part of whom were recently on opposite sides of the barricades; to the hostility that the local population may nurture toward the migrants; and to the crisis of Europe’s multiculturalism policy. Radical moods may grow within the host nations.

The current wave of migrants is a test for the EU. There are actually doubts being voiced about the rationale for preserving the Schengen border-free zone. Common European values are being questioned.

However, we can be sure that the European Union will resist. It will not become different, politicians will sober up. They will understand that there are things that must be taken into consideration.

It is possible that the current situation will also make the EU administration reflect on whether or not the position they adopted towards Russia is correct. They will understand that Russia is not a competitor but an ally when it comes to solving many problems, in particular to regulating the crises in Syria and Ukraine.

Vladimir Zorin is Deputy Direct of the Institute of Ethnology and Anthropology at the Russian Academy of Sciences and a member of the Presidential Council of International Relations.