Russian women’s struggle for the right to vote 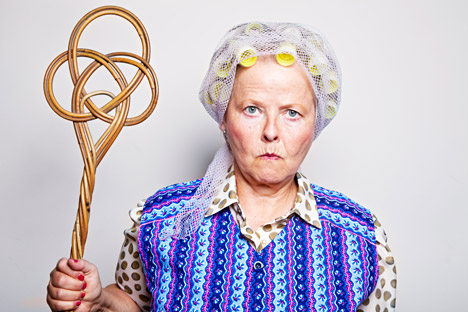 Women in Saudi Arabia have finally been given the franchise. They will be allowed to vote in a set of 1,000 special polling booths organized for them. Saudi Arabian women will now be eligible to vote and contest in municipal elections, the first of which is to be held on December 12, 2015. Women’s suffrage is often attributed to the advent of communism in Russia, but it was not quite that simple.

1. Most Russians do not know how women achieved their right to vote

School textbooks say that Russian women obtained suffrage in the USSR in 1917. Thus it seems that women were given the right to vote by Vladimir Lenin and the Bolsheviks, who had overthrown and killed the tsar in establishing the Soviet state.

The story, however, is more complicated than that. Before the October Revolution, in February 1917, there was a popular revolt and the tsar was replaced by a provisional government headed by Prince Georgy Lvov. It was Lvov who for the first time in Russian history gave women the right to vote. However, he did not remain in power long. At that time women could go to the polls only in six countries: New Zealand, Norway, Denmark, Australia and in some of the states of the U.S.

2. 40,000 Russian women demonstrated for the right to vote

In 1917 there was a respectable women's organization: the Russian League of Women's Equality. It included hundreds of women's associations throughout the country. On March 3, 1917 the newspapers published the provisional government's program, which did not contain suffrage for women.

In St. Petersburg – the country's capital at the time – members of the League began telling women of all classes about the importance of voting. The League administration then sent a petition to Prince Lvov, but he refused to review it.

On March 19, 40,000 women marched through St. Petersburg. The procession was headed by the "amazons" on horseback, followed by two orchestras. The aged revolutionary Vera Figner rode in a car in the middle of the procession. The women arrived at the State Duma and demanded to meet with the deputies. Negotiations continued into the night, and ending with Lvov giving in and awarding women the right to vote.

3. Men did not want to let women vote

The first elections in which everyone voted took place in the summer and early fall of 1917. These were elections to the State Duma and the Zemstva, the local government bodies. However, there were many incidents in the villages. 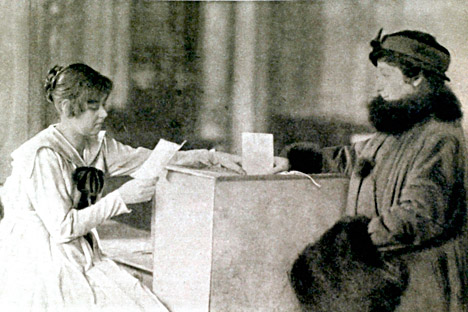 The first woman voting on the occasion of the election of members of the Constituent Assembly, 1918. Source: Getty Images

4. Women defended their new rights themselves

Zhenotdely – departments created within government bodies to tend to women's affairs – began defending the rights of the fair sex. The government gave women new rights: an eight-hour workday, a ban on working at night, pregnancy leave and aid. A minimum wage was established, independently of gender, and the rights of both spouses were made equal in marriage.

Men began to think that the zhenotdely had a bad influence on families. There were hundreds of attacks on their representatives and even some murders. The organization was abolished in 1930, and Soviet leader Joseph Stalin announced that the "women's issue" had been resolved.