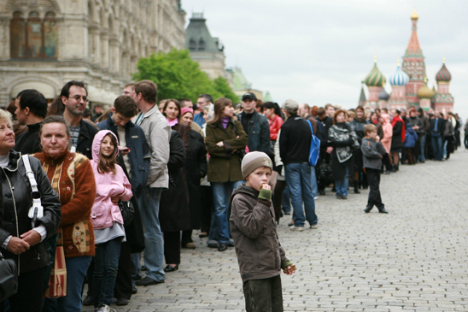 Soviet tradition of queuing has changed somewhat in recent years.

TASS
It's no secret that the Soviet Union was a country of long lines. People lined up for any product or good that was in short supply. In times of crisis or war people were lining up for bread, soap and sausages, while in more prosperous years for Yugoslav-made boots, Polish furniture or some huge event such as the opening of the first Soviet McDonald's in Moscow in 1990. That was one of the longest and most famous lines in the country’s history.

Twenty-five years after the collapse of the Soviet Union there is a new generation of Russians who have never heard about a "deficit of goods" or seen completely bare shelves. However, the phenomenon of waiting in line has not completely disappeared in modern Russia, although it has changed somewhat and has little to do with hunting for hard-to-find goods. RBTH has collected the most striking examples from the past decade and tried to figure out why and what people have “stood” for.

Over the last 10 years Russians got in line: 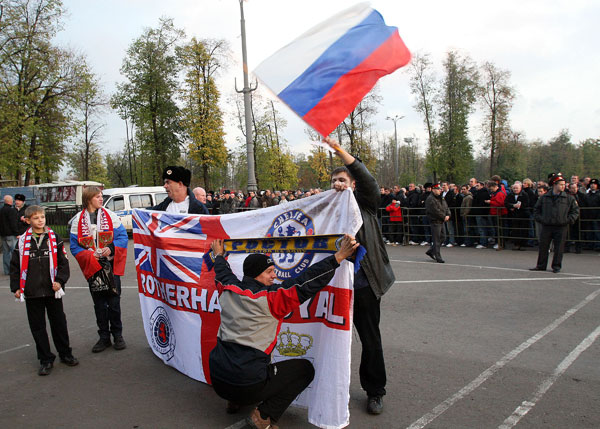 An eagerly awaited football match between Russia and England was held on October 17, 2007. Held at Luzhniki stadium in Moscow, it was the most anticipated game for the Russian team in the qualifying tournament of the European Championship for 2008. Matches of this magnitude had already been held in the Russian capital, but it was the rivalry with the team of England, the birthplace of football, that caused unprecedented excitement.

Russian fans put in more than 570,000 requests for tickets a few months before the start of sales, while the stadium capacity is only 78,000 people. Ticket sales began on October 8. On this day, the line stretched for about a mile. Scalpers’ tickets exceeded official prices by more than 10 times. The Russian team beat the English team by a score of 2:1. 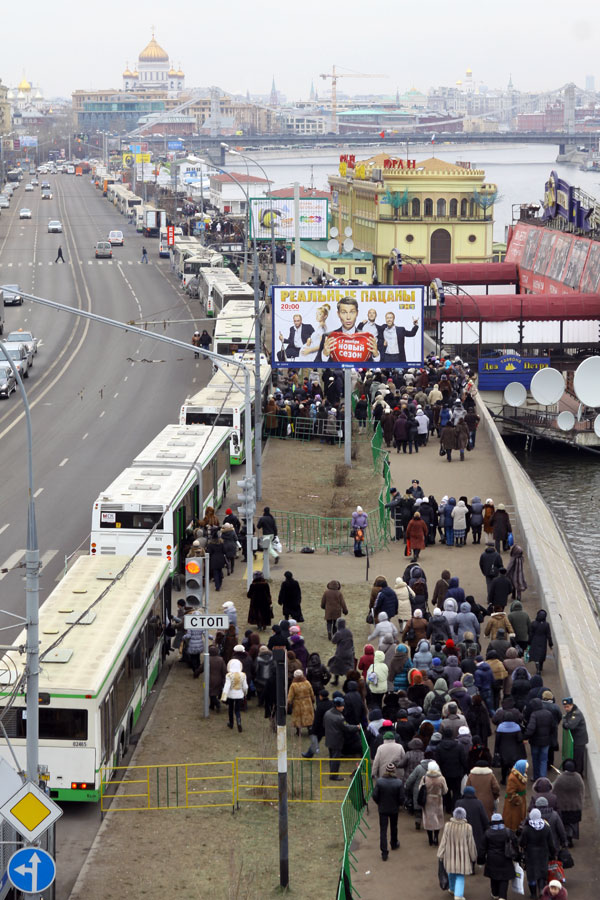 In fall 2011, the arrival of the famous relic – the Cincture of the Holy Virgin, brought from the Cathedral of Prato, Italy – led to an unprecedented stir in Russia. From October 20 to November 28 the Cincture was exhibited in 14 Russian cities and gathered more than three million people. The largest number of pilgrims arrived in Moscow, where the line to the Christ the Savior Cathedral reached five kilometers (more than three miles). According to the Russian Orthodox Church, during a five-day stay in Moscow approximately 900,000 people visited the relics. 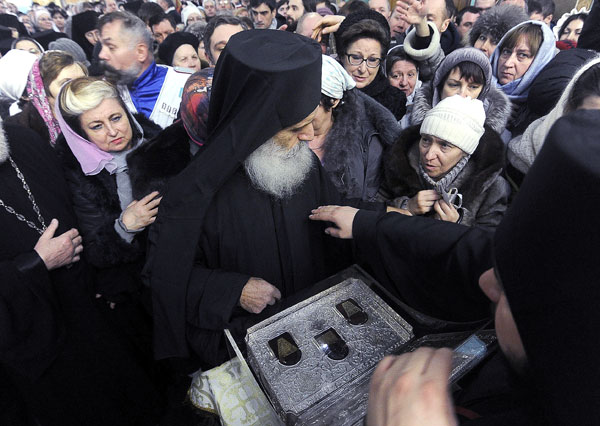 At the beginning of 2014 another famous relic – the Gifts of the Magi - left Greece for the first time in history; they were exhibited in Moscow and St. Petersburg from January 6-17. In total over 400,000 visitors came to the exhibitions in both cities. Throughout the week, the line to the Christ the Savior Cathedral in Moscow was more than half a mile long, with up to 14,000 people assembled at the same time. The city government supplied 23 buses to support the pilgrims and deployed 800 police officers and soldiers to ensure order. 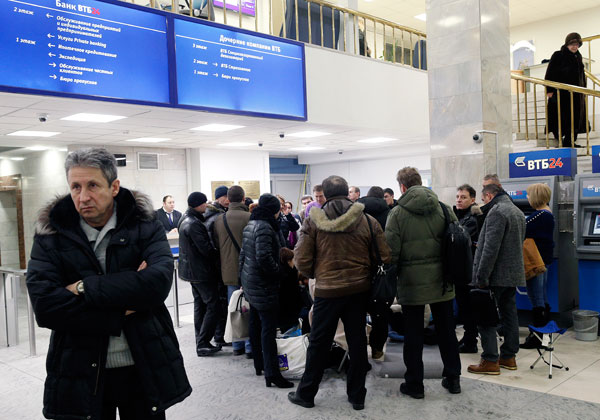 From August to November 2014 country’s national currency ruble fell by about 50 percent against the dollar and the euro due to the imposition of economic sanctions against Russia by the West and declining oil prices. The ruble faced the most serious decline on December 15, 2014, when the exchange rate of the Russian currency fell by 10 percent in one day. This resulted in lines at exchange offices throughout Russia in the second half of December, as people tried to protect their savings from depreciation. 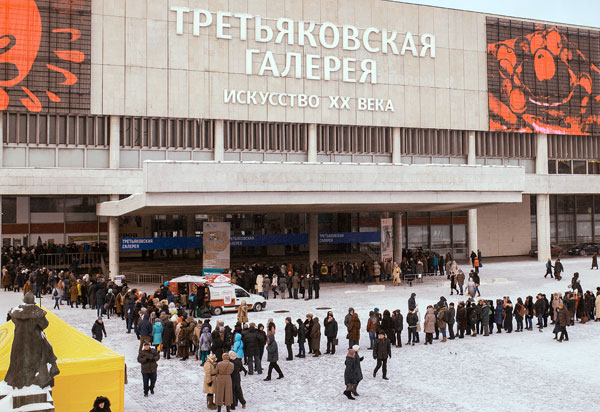 The exhibition of works by Valentin Serov opened at the Tretyakov Gallery in Moscow on October 7, 2016 to little fanfare. However, it steadily gained notoriety to become the most popular art show in the history of modern Russia. Approximately 450,000 people came out to look at the works of one of the leading Russian portraitists of the late 19th century. Visitors have spent up to five hours in line in -15 C (7 F) to see the exhibition. It was supposed to end on January 17, but due to unprecedented interest, the organizers had to extend the show twice - first until January 24, and then until January 31. If you hurry, you can still get in line. 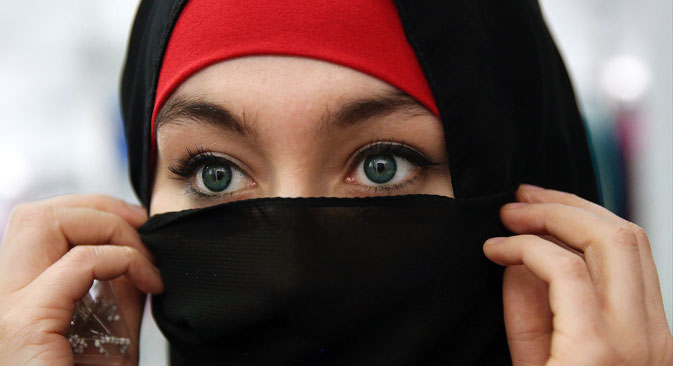