Why is Russia bringing back food coupons? 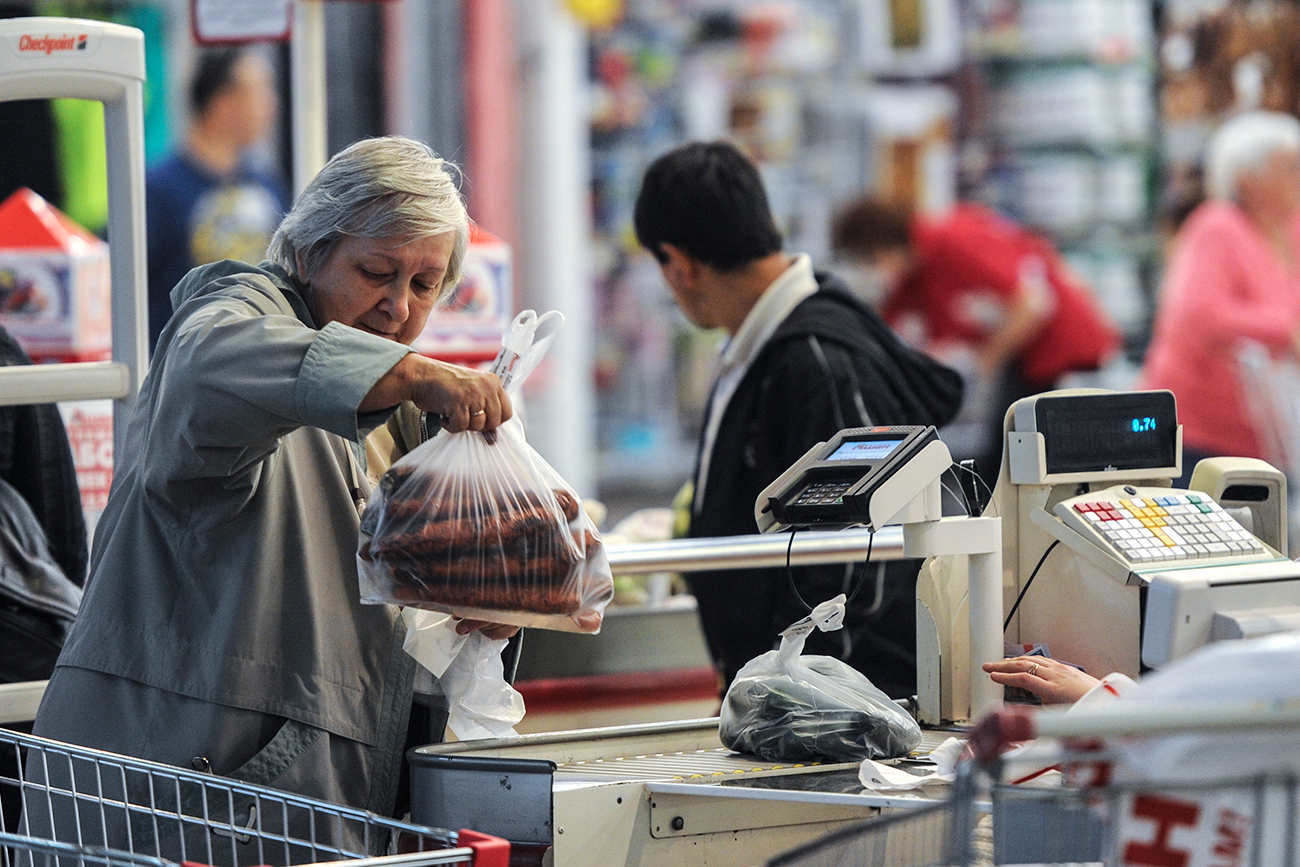 "The authorities want to use the program to support the needy while at the same time increasing demand for Russian agricultural produce."

Vladimir Astapkovich/RIA Novosti
The introduction of food coupons for low-income groups has been conceived as more than a way of helping the poor. It’s also another step toward supporting domestic agricultural producers, experts say.

The Russian Industry and Trade Ministry plans to finance a new program for low-income citizens that will involve issuing food products using a coupon system. Under the ministry's plans, the program is set to be launched in 2018, getting into full swing in 2019.

The authorities want to use the program to support the needy while at the same time increasing demand for Russian agricultural produce. According to Minister of Industry and Trade Denis Manturov, the federal budget could pay out about 3.2 to 4.7 billion euros (or $3.5 to 5.3 billion) to finance the project.

"According to experts, around 20 million people with incomes below the poverty line could benefit from the food assistance programme," Doctor of Economic Sciences Leonid Kholod, ex-chief of the Russian government's department for the development of the agro-industrial complex, said in an interview with RBTH.

The average subsistence level in Russia is 173 euros (or $194) per month at the moment.

Food assistance could amount to eight to 16 euros (or $9-18) per person per month, agricultural market analysts believe. "The money could be used, for instance, to buy up to six kg of poultry, and that’s a decent level of assistance," Alexander Korbut, vice-president of the Russian Grain Union, told RBTH.

Food coupons - back to the USSR?

The older generation of Russians will still remember the food coupons that were used in the USSR from 1988 to 1991. They covered a wide range of products from sausages to vodka, while essential items - like bread and milk - were on unrestricted sale. As a way of combating shortages of goods in the shops, food coupon (ration card) schemes were widely used during the 20th century.

The coupons imposed fixed per capita monthly consumption levels for individual goods. In Russia, the food coupon system was most widely used in the pre-war period and during the war when essential produce could only be obtained via a strictly-enforced coupon scheme.

Sensitive to the historical echoes of the term "ration cards," Russia's Industry and Trade Ministry today insists on another name: "Program of Consumer Demand Support."

"What is involved is modern targeted food assistance to the population and support for the efficient domestic producer. Please do not misuse the phrase 'ration cards,'" Russian Deputy Minister of Industry and Trade, Viktor Evtukhov, commented.

As it happens, a "Food Stamp" assistance program has been in operation in the U.S. for many years. According to information from open sources, it uses electronic cards which are topped up every month by the state. People get an average of $115 a month and families $255 in assistance. Around 50 million people use the food aid in total.

How will the program work?

It's intended to provide assistance via Russia's Mir bank cards: Points equating to sums of money will be credited each month. The lower the income of a household, the greater the subsidy can be.

The cards will be accepted in all shops willing to take part in the scheme, the Russian Industry and Trade Ministry has announced. The list of foodstuffs includes cereals, pasta, potatoes, vegetables, fruit, sugar, eggs, vegetable oil, meat, fish, and dairy products. Also on the list are seedlings, seeds, and feed for farm animals. It has been drawn up in line with recommendations from the Health Ministry. Alcohol and tobacco are excluded from the scheme.

Who will benefit from the program?

According to Industry and Trade Ministry estimates, after the program reaches design capacity each Russian ruble invested into it by the state will lead to an increase in Russian GDP of up to two rubles.

The program is designed to give a helping hand to agricultural producers. "While solely Russian-produced goods are to be included in the program, even products made in Russia from imported raw materials are legally regarded as Russian," Leonid Kholod noted.

The level of saturation of the domestic market with Russian produce is now high, and there is reserve capacity, Korbut continues, and there’s nothing wrong in having just Russian producers taking part in the program, the expert believes. "People can spend their spare cash on purchases of other goods, including imported ones, " he said.

It should be noted that the domestic food assistance program comes under the category of measures of indirect support for agricultural producers and as such is part of the "green basket." Therefore it does not counter Russia's international obligations under WTO rules, the expert adds.