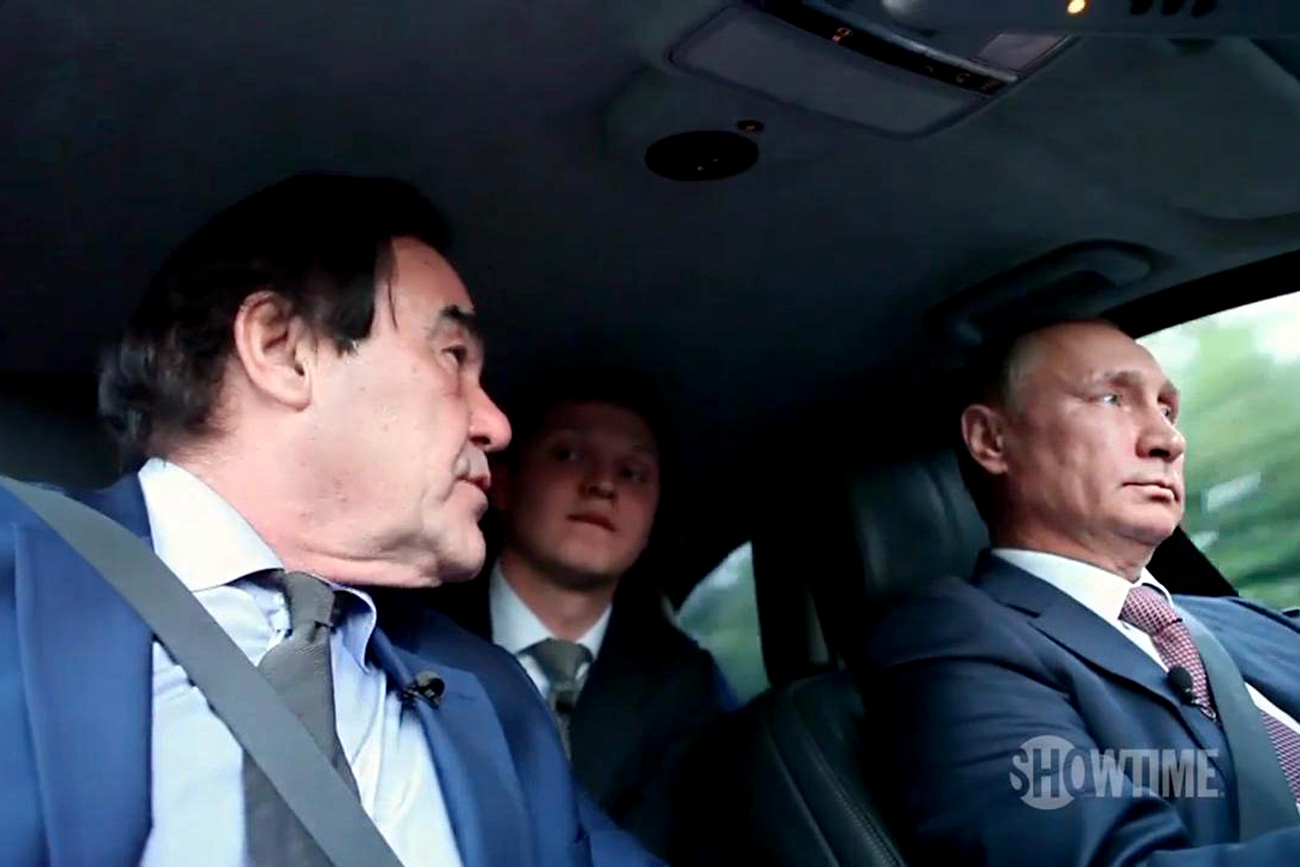 "After Part 2 of The Putin Interviews, the American press accused Oliver Stone of bias and excessive sympathy toward Russian President Vladimir Putin."

SHOWTIME/YouTube
Showtime continues airing Oliver Stone's four-part film about President Vladimir Putin. In the second segment the famous director and Putin discuss the possibility of war between Russia and NATO, as well as the fate of Edward Snowden, the former NSA agent hiding in Russia.

The director responds calmly to the criticism. In his opinion, The Putin Interviews helps Western viewers see an alternative standpoint, which is very important during a period when relations between Russia and the West are tense. "Putin knew that I would give him a fair hearing," said Stone on The Late Show. "I think you should see the film for yourself." Showtime aired the second part of the film on June 13. So what did Stone and Putin speak about this time?

Speaking about the deployment of missile defense systems in Europe, Putin remarked that Russia had once proposed to the U.S. and Europe the development of a joint missile defense system, but the West refused. "To preserve the strategic balance of power, we would be obliged to develop our offensive capabilities," added the Russian leader.

Putin noted that Russia could find itself surrounded by Western weapons systems. Such a threat forces Russia to increase its military might, which in turn will lead to a new arms race. "This is a great mistake," believes Putin. 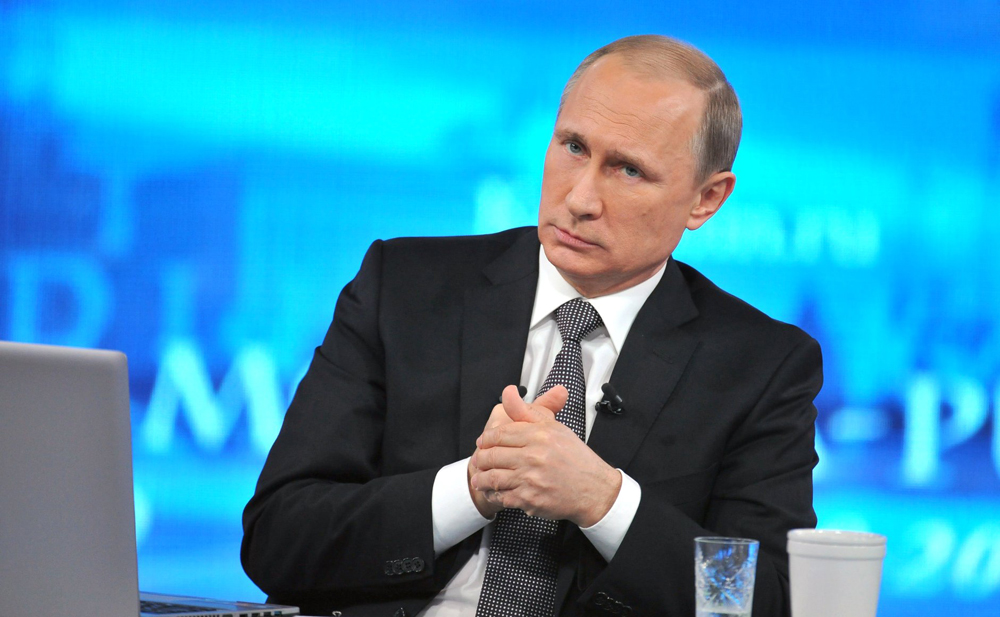 Would Putin take a shower next to a gay man?

Replying to Stone's question: "In a (potential) hot war, is the U.S. dominant?" Putin replied: "No." In the politician's opinion, if there is a war between Russia and the U.S./NATO, no one will survive, while the nuclear missile shield just plays a negative role since it only creates the illusion of security. The only way out of the complex situation, in his view, is to continue the dialogue - as difficult as that may be.

Edward Snowden, the former National Security Agency (NSA) employee who leaked information about how American special services track American citizens and other nationalities, received political asylum in Russia in 2013. Answering Stone's question of whether or not he supports what Snowden did, Putin responded: "No. If he didn't like anything in his work, he should have simply resigned."

Nevertheless, Putin does not consider Snowden a traitor and says that the former NSA contractor did not give Russia any secret information about Washington. Moreover, he shares the opinion that in surveilling its own citizens - and residents of other countries - the American special services went too far. "Trying to spy on your allies is just indecent," Putin adds.

The Russian president confirms that the Americans wanted Russia to extradite Snowden, but Moscow refused. Putin reminded Stone that Moscow had proposed to Washington to sign a cooperation agreement, which included joint extradition, but the U.S. rejected it. Russia does not intend to extradite Snowden, who did not violate Russian legislature, in a unilateral manner.

Gays, freedom of speech, and democracy

Stone asked Putin a lot about Russia's domestic affairs: How safe it is for LGBTs to live there? Is freedom of speech respected? Can the country be called a democracy or, as its Western critics say, is it a traditional authoritarian state?

Gay and lesbian rights, according to Putin, are not limited in Russia. "We don't have any persecutions based on gender," he said, adding that many people of non-traditional sexual orientation achieve great success. While the law against gay propaganda among minors, in Putin's view, is aimed at protecting growing generations. At the same time, the Russian leader agreed with Stone when he said that Russia is a rather conservative nation, though not like Islamic countries.

Putin is also convinced that everything is wonderful with freedom of speech. "We have hundreds of TV and radio companies and the state does not control them in any fashion. Because that's impossible." Concerning democracy, Putin said Russia is different from Western countries, which have century-old traditions of power changes. For hundreds of years Russia was ruled by an absolute monarchy, then for several decades it was ruled by Communists, and only in the 1990s did freedom finally arrive. "Certainly it cannot be expected that we would instantly have the same democratic model as in the U.S., Germany, or France," Putin admitted. "Societies must develop stage by stage, gradually."