Hungry in the sky: 13 Russian airline meals that will make your stomach rumble

Russian Kitchen
Anna Sorokina
Warning: Side effects include salivation and an unplanned trip to Moscow.

What is lunch one mile up like in Russia? Aeroflot, the country’s largest airline, serves famous Zhiguli beer on selected flights, as well as salad, a main course, and pudding - of course. 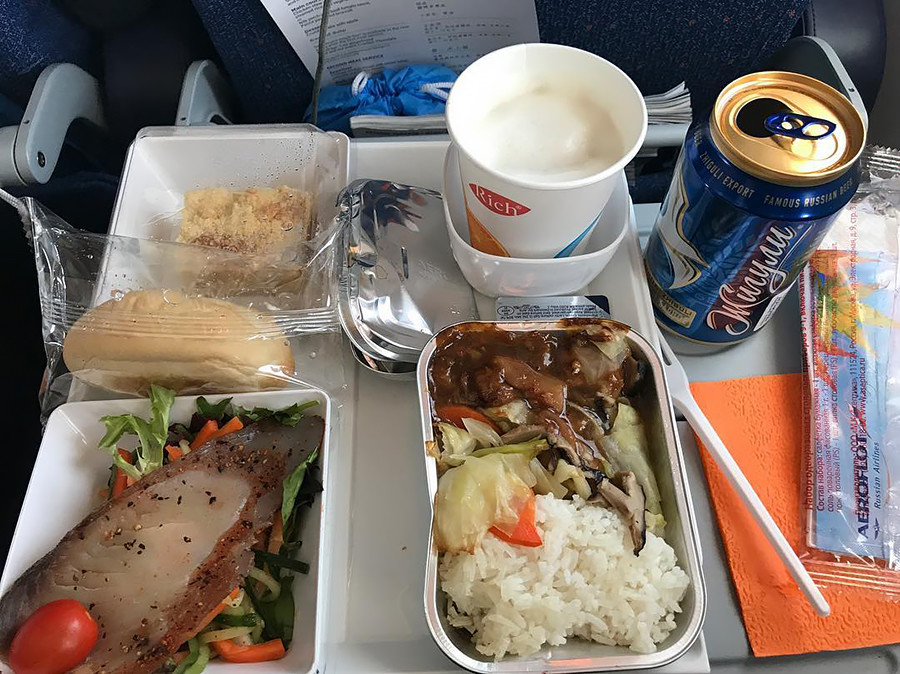 Sometimes the dessert will surprise you – traditional Russian : Gingerbread. 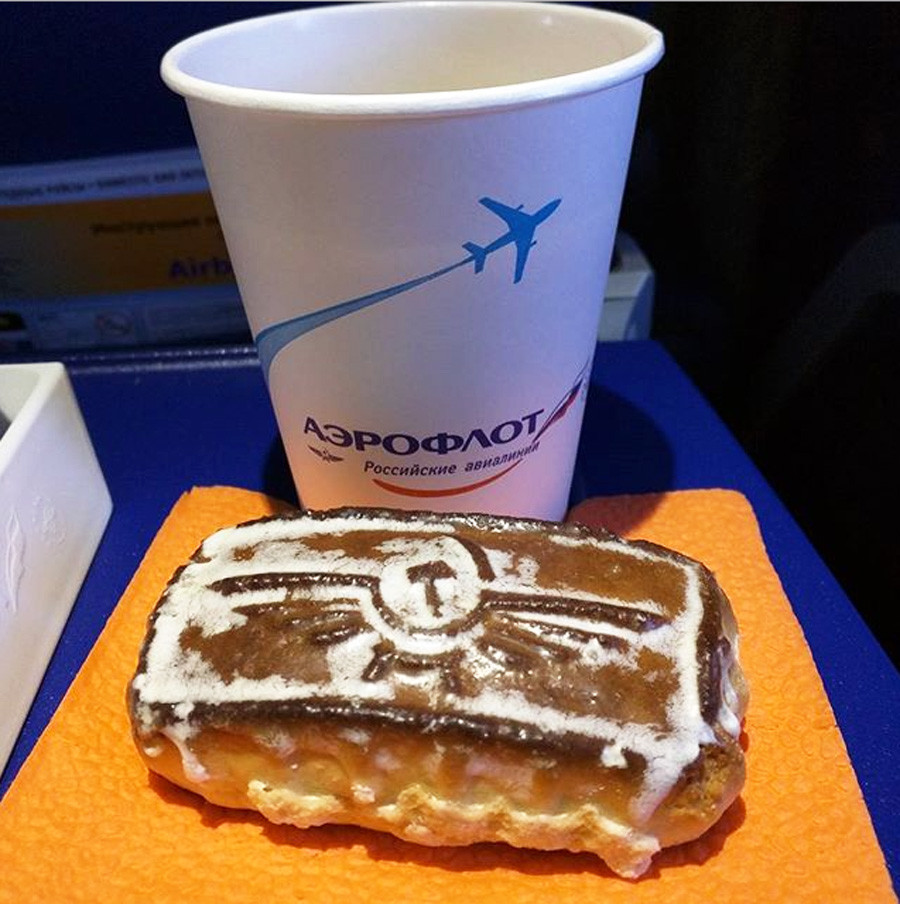 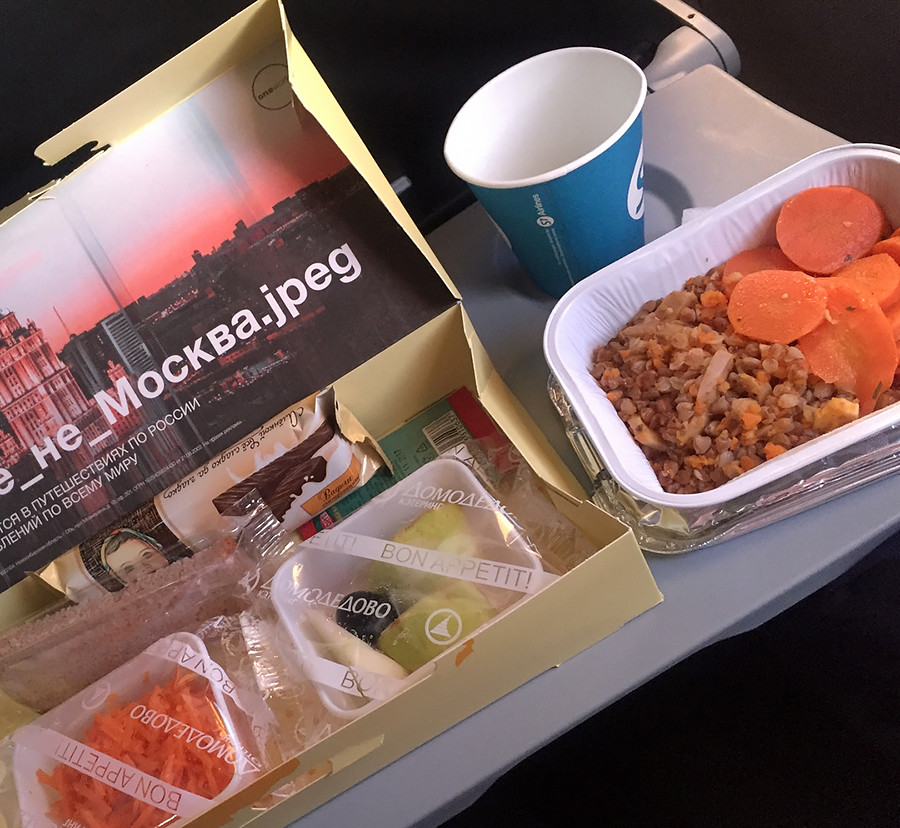 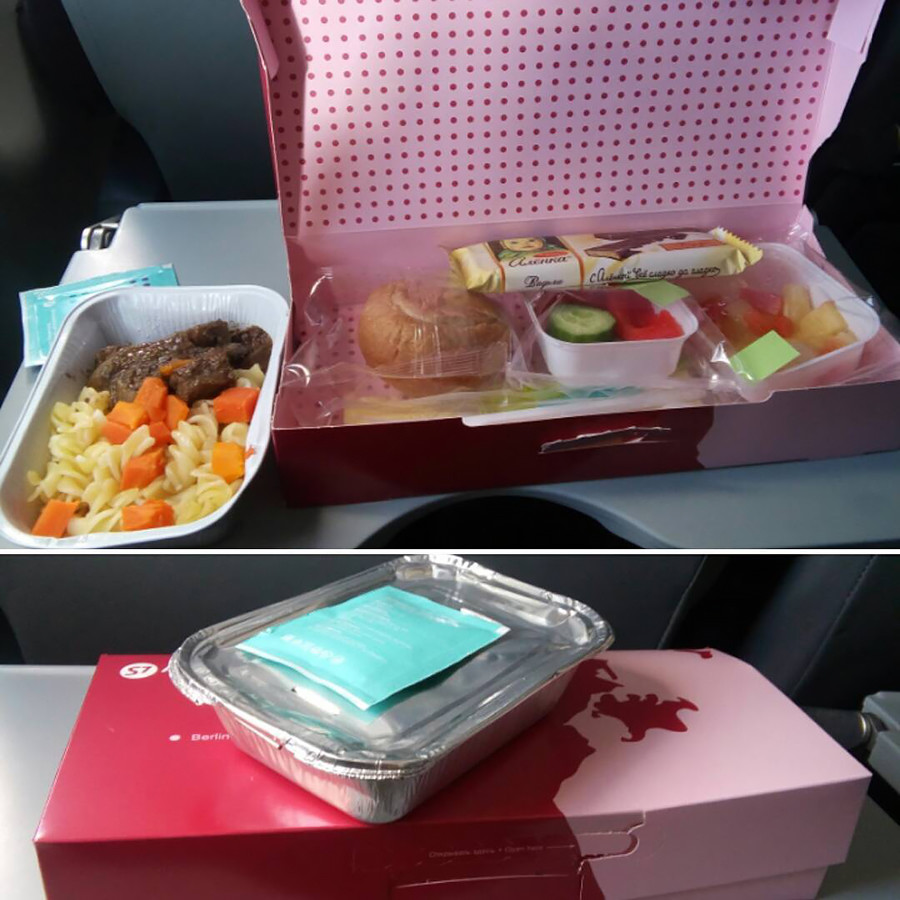 Ham, cheese, salad, and a hot lunch on the international flight from Moscow to Tivat in Montenegro. 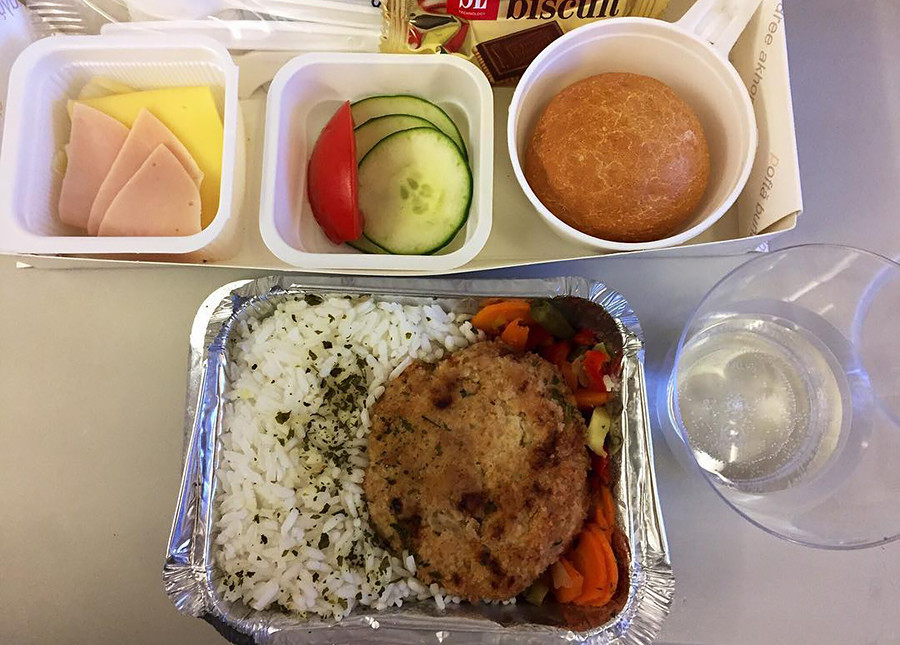 Traditional Russian sausages and pasta on the Tyumen-Moscow domestic flight. 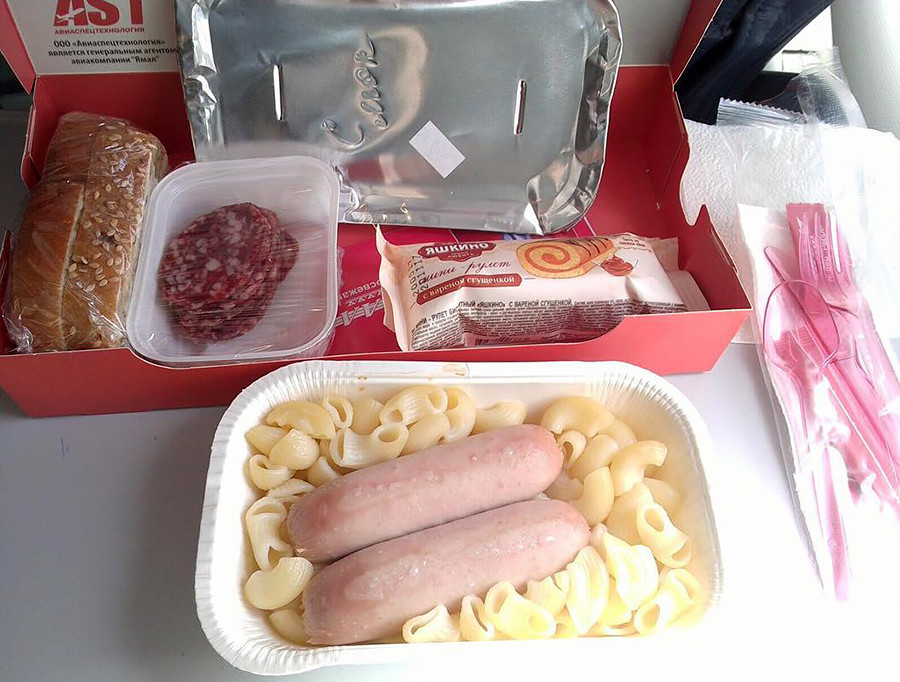 Besides the traditional hot lunch, the Azur Air charter airline serves “Artek” waffles that every Russian knows from their childhood. 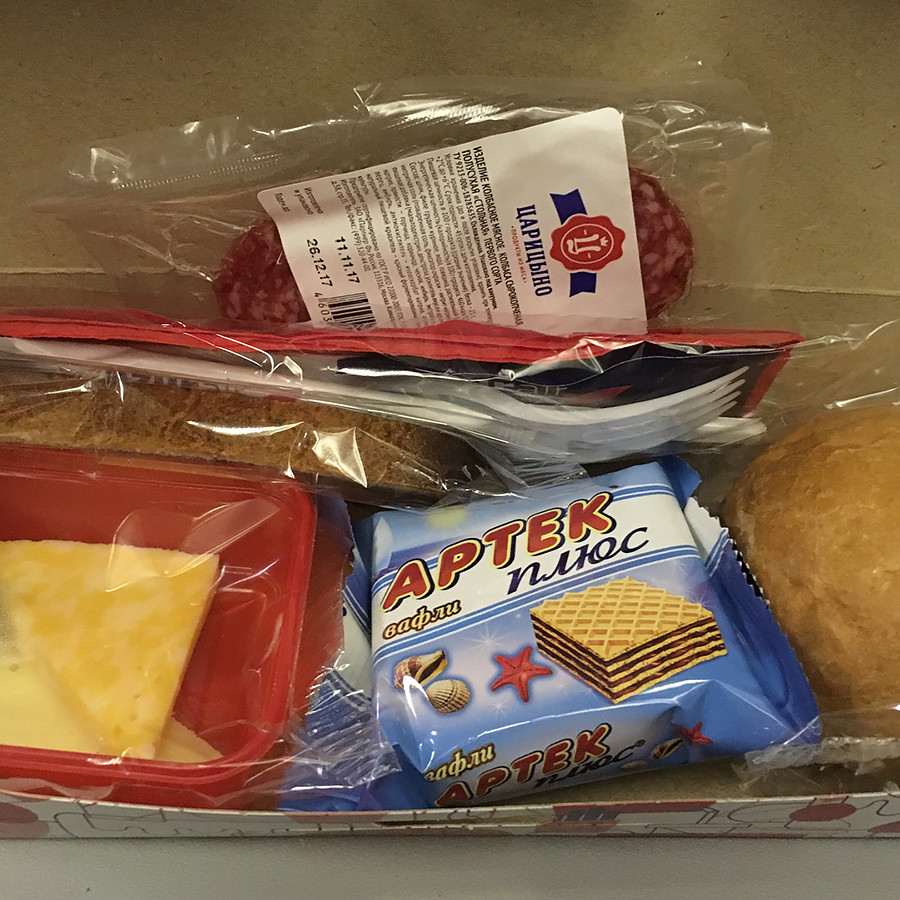 This meal is on offer during the St. Petersburg-Novosibirsk flight: Pasta with meatballs, cake with apricot jam, wheat roll, butter, and rye bread. 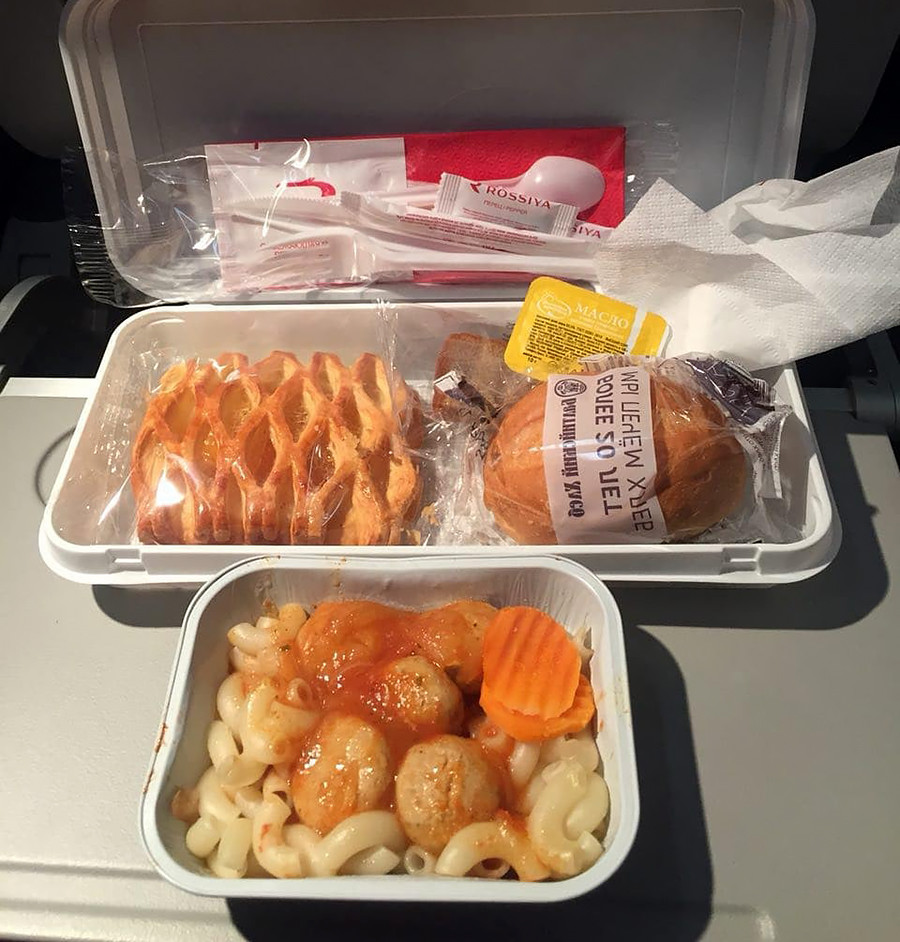 The regional air company Nordavia is based in Arkhangelsk and - you guessed it right - operates mostly in the Russian North. One traveler labeled their food “ascetic” but well presented. 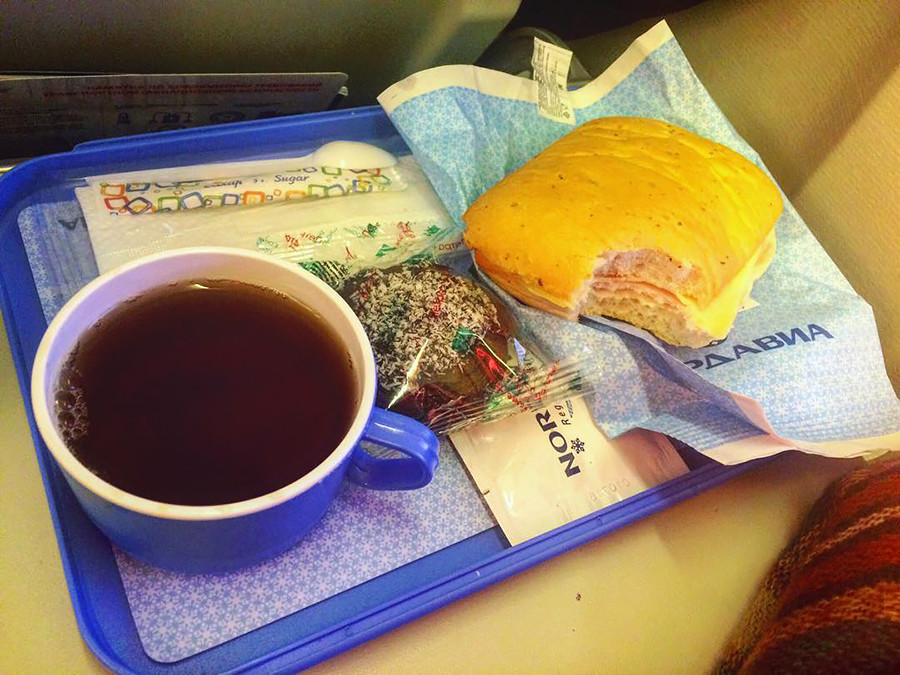 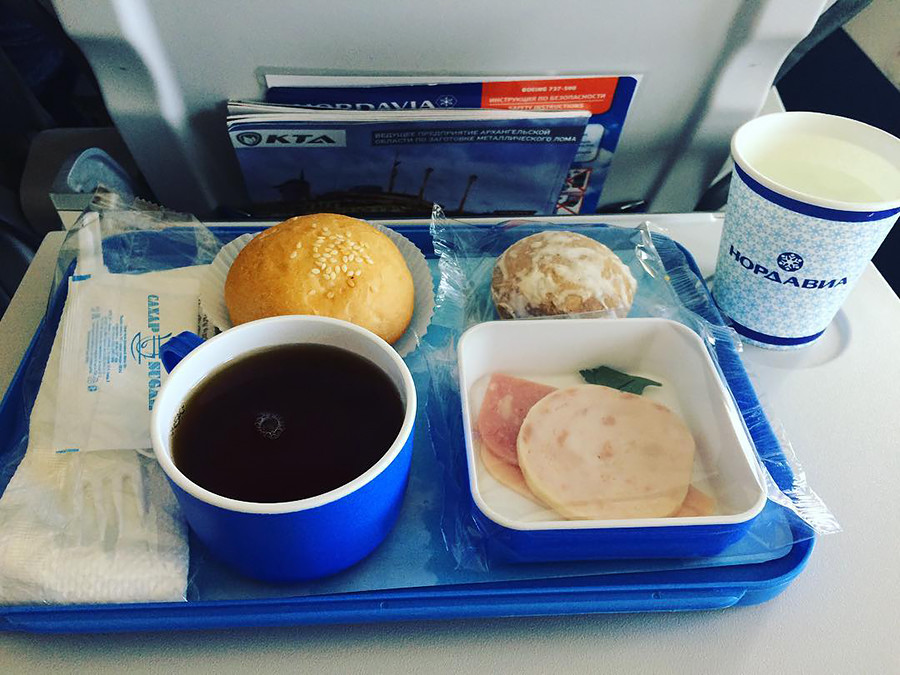 “I’d like to praise Ural Airlines. I ate buckwheat on the airplane for the first time. It’s real Russian food and it was delicious. I was pleasantly surprised.” 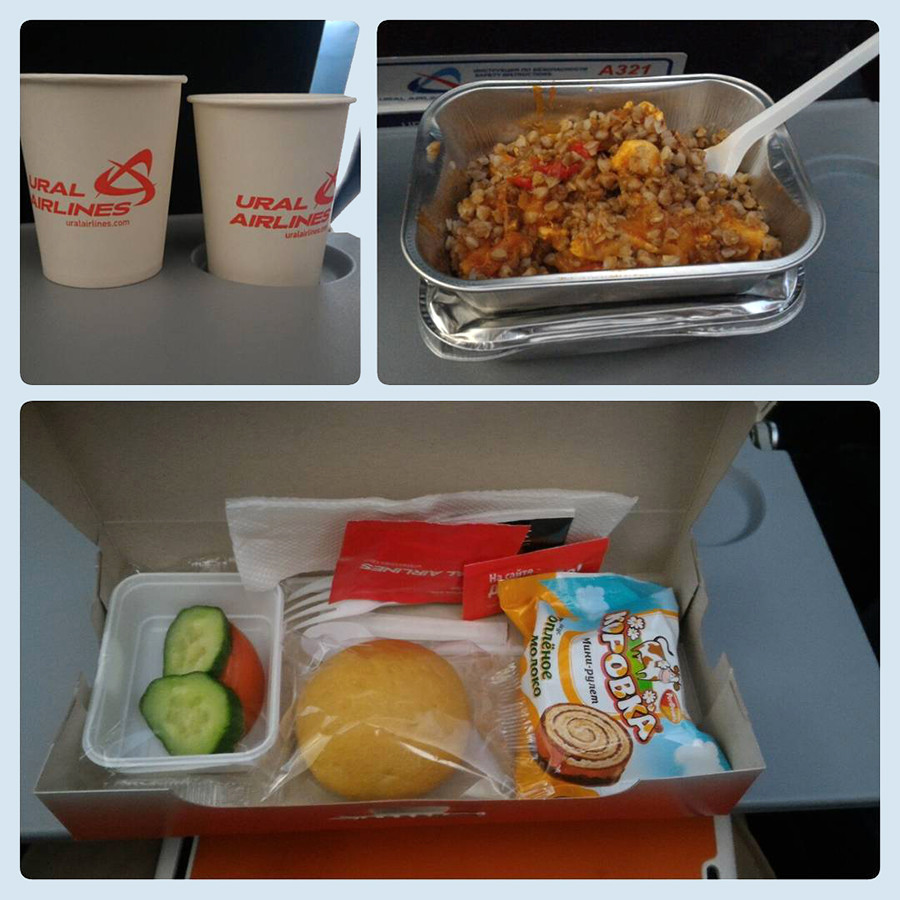 A regional company from Siberia serves Russian buckwheat with boiled sausages and pasta with a cutlet. 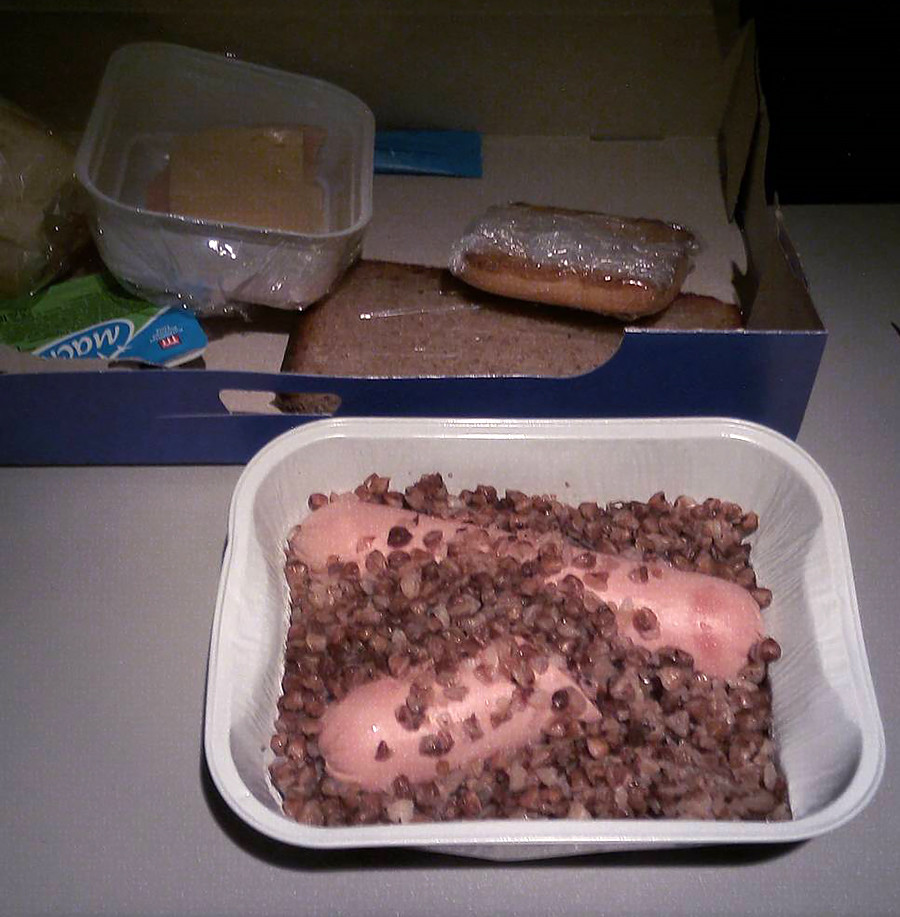 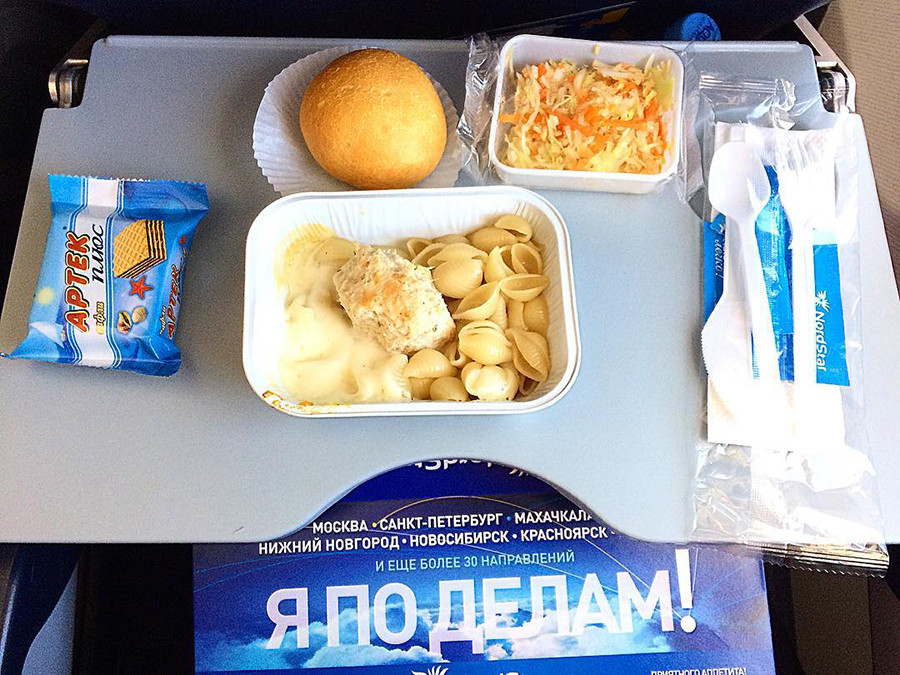 You can’t escape dill in Russia - even in the air. Oh, and some dumplings to go with it. 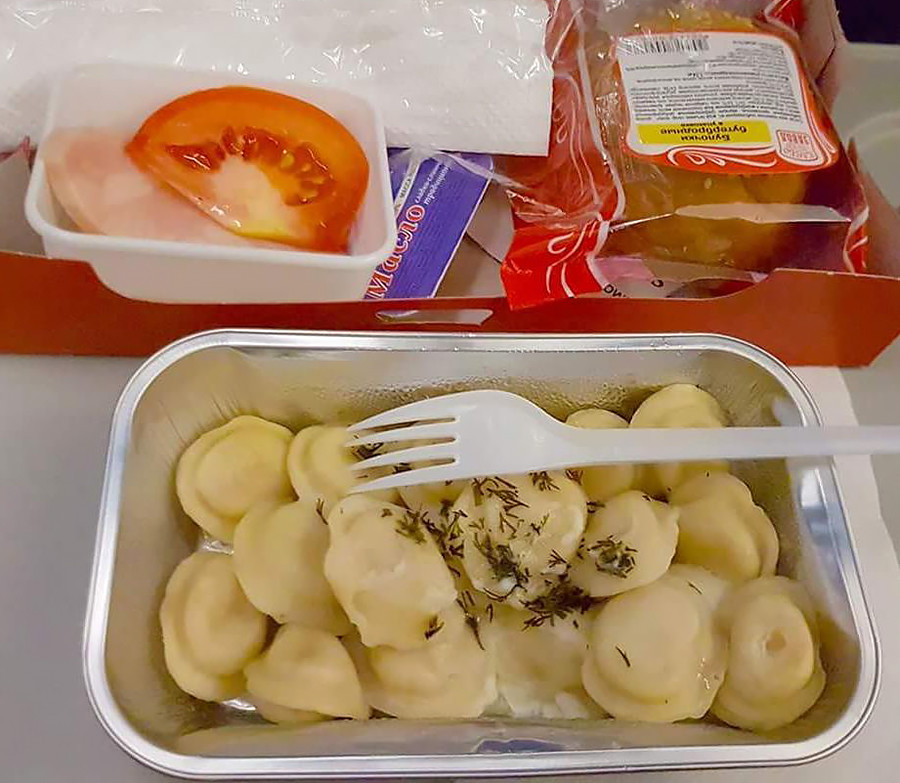 And more buckwheat for lunch. 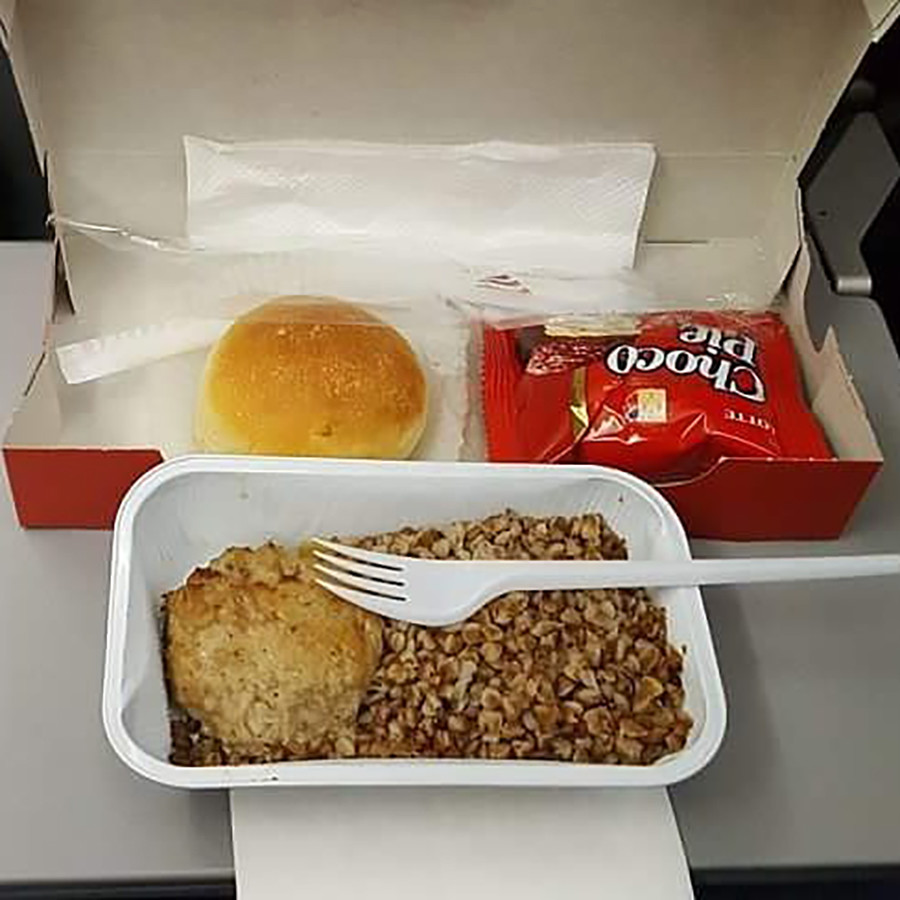 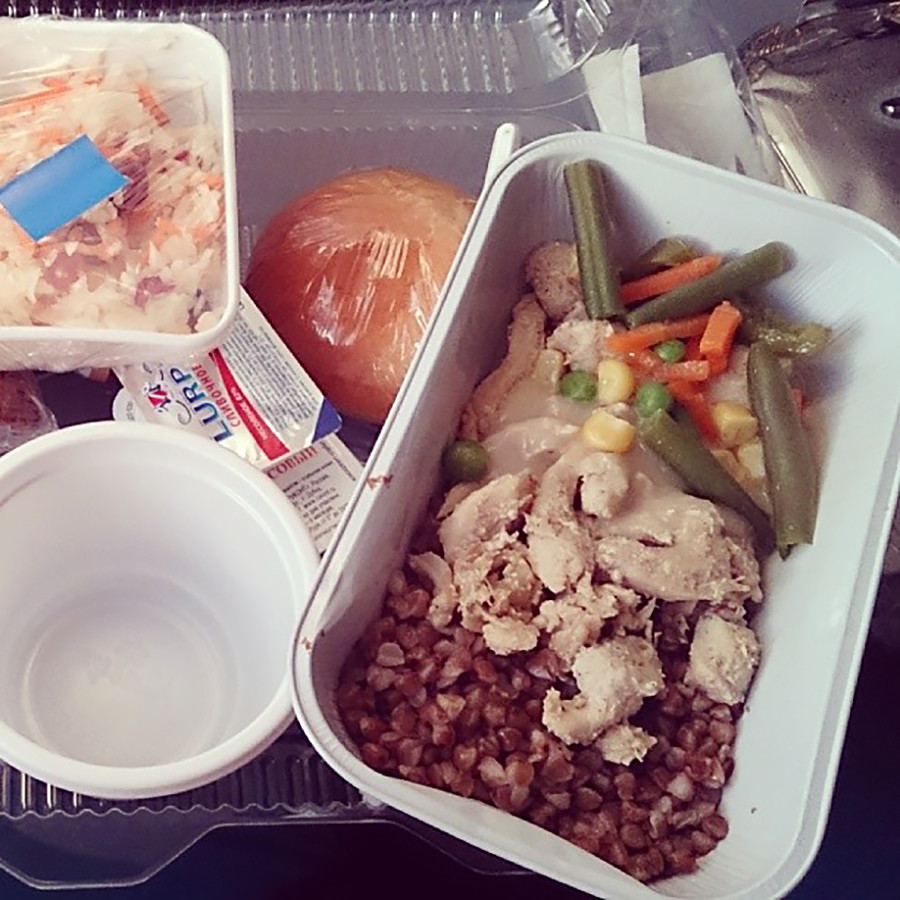 Lunch during the flight from Siberia’s Krasnoyarsk to Khabarovsk in Russia’s East. 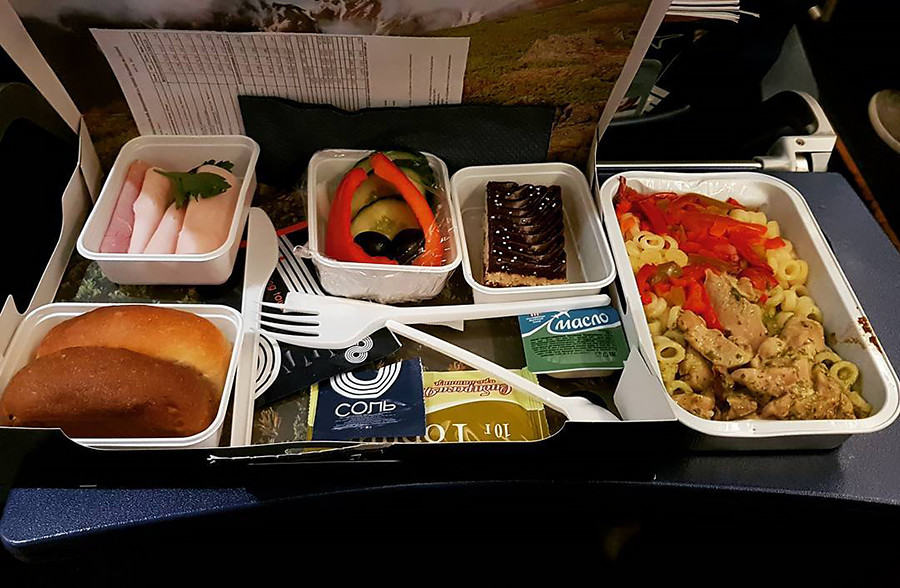 Salty and delicious cake aboard the Yakutia airlines flight. 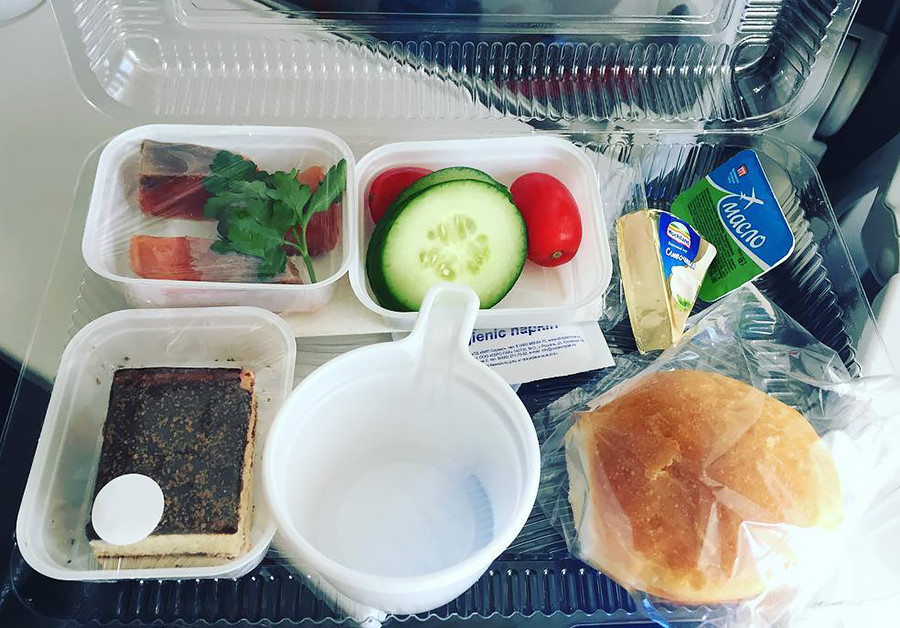 Would you expect to see this traditional Yakutia dish in the air? This is stroganina, baby! It’s prepared with frozen fish and it’s finger licking good! 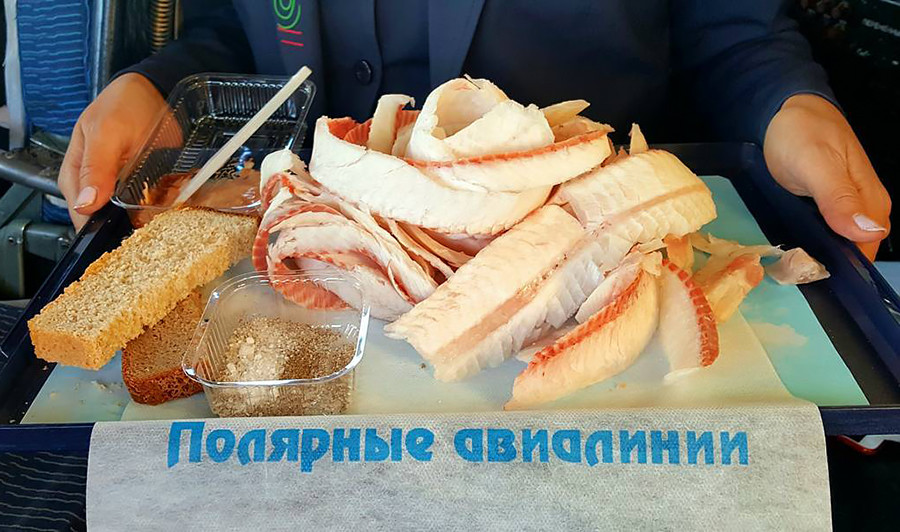