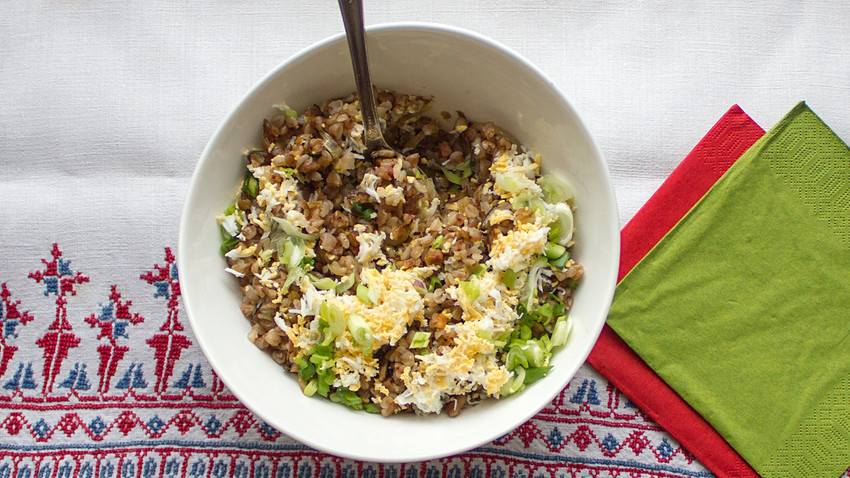 Vasilisa Malinka
All Russians have grown up on this universal dish, which is perfectly suitable both for breakfast and as a main dinner course.

Every Russian mother and housewife knows how to make kasha (porridge), and for many generations it’s been the primary and most consistent dish served at breakfast. Kasha is made using any one of a variety of grains boiled in water or milk. While we grew up eating this each morning before school, this dish is not exclusively for breakfast. In fact, it’s like a food chameleon - it can be sweet and savory, as well as a sumptuous main meal or a modest garnish. As a matter of fact, in olden times the word kasha was a synonym for the word “feast.”

From a historical point of view, the most popular and important kasha has been made with buckwheat. When you see the word kasha in legends, sagas and fairy tales you can be certain they’re referring to buckwheat! In fact, you could even say that it is almost a symbol of Russian identity – easy to cook, simple, available everywhere and affordable. Plus, we don’t need to mention its health benefits, which are widely known. But let’s not get off track, and let's leave that matter to dietitians.

Buckwheat kasha can also be a dish for a festive event, and the 19th century writer Nikolai Gogol showed this in his novel, Dead Souls, when he described leg of lamb stuffed with buckwheat. Still, it's also a popular dietary dish, and after major feasts such as New Year’s Eve you can often hear: “That’s it! I’m sticking with buckwheat!” This simple boiled grain will keep you full for a long time, and also help maintain your figure.

National heroes such as General Alexander Suvorov and poet Alexander Pushkin loved buckwheat. Pushkin in letters to his wife wrote that he dined on buckwheat kasha with butter during his famous “Boldino autumn” period. And it’s said that because of Suvorov buckwheat kasha was nicknamed “soldiers” when he suggested cooking buckwheat with the provisions that were left when his army crossed the Alps.

Later, buckwheat kasha was nicknamed Bogatirskaya, and a cartoon was even made in 1987 to encourage kids to eat it, promising them amazing strength that might even save their lives! 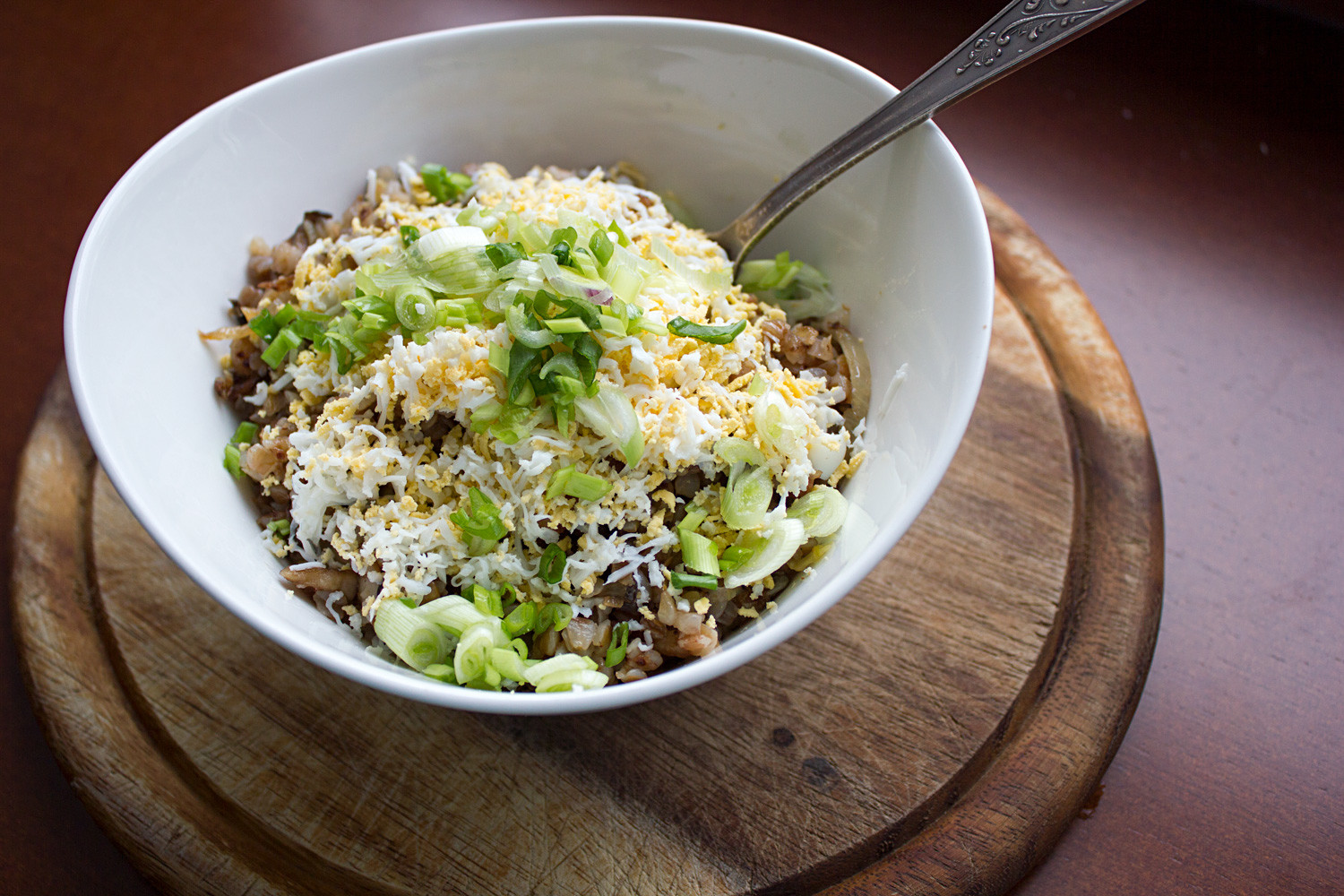 This recipe seems like a simple soldier’s kasha recipe, but it’s actually a classic fancy one because we’re going to add shkvarki, which are cracklings native to many countries including Russia. They’re primarily made from a part of cured pork belly, but you can also use goose or even chicken skins. People often debate which are tastier, but all of them add amazing charm to this dish. So go ahead! Give it a try and cook classic buckwheat kasha; you’ll feel like a true Russian bogatyr.

Start by cooking the buckwheat. Always remember that you’ll need precisely double the amount of water to buckwheat, (2:1 ratio). I recommend using a pot with a thick and rounded bottom because it distributes heat uniformly across the bottom, helping to get better results by lowering the chances of the porridge sticking and burning.

Add water, buckwheat and a pinch of salt to the pot, and cover with a lid. Bring to a boil over medium-high heat, and let boil for 3 minutes.

Now bring heat to low, just enough to let the water simmer, and leave on for about 15 minutes or until pretty much all the water has evaporated. Turn off the heat and leave the grains covered for at least 5 more minutes. Steam is key when cooking this grain, so for best results simply leave it and stir as little as possible. Remember: the drier the buckwheat the better it cooks.

Important rules to keep in mind: Don't touch the buckwheat, refrain from mixing while cooking and don't add more water halfway through the cooking process. 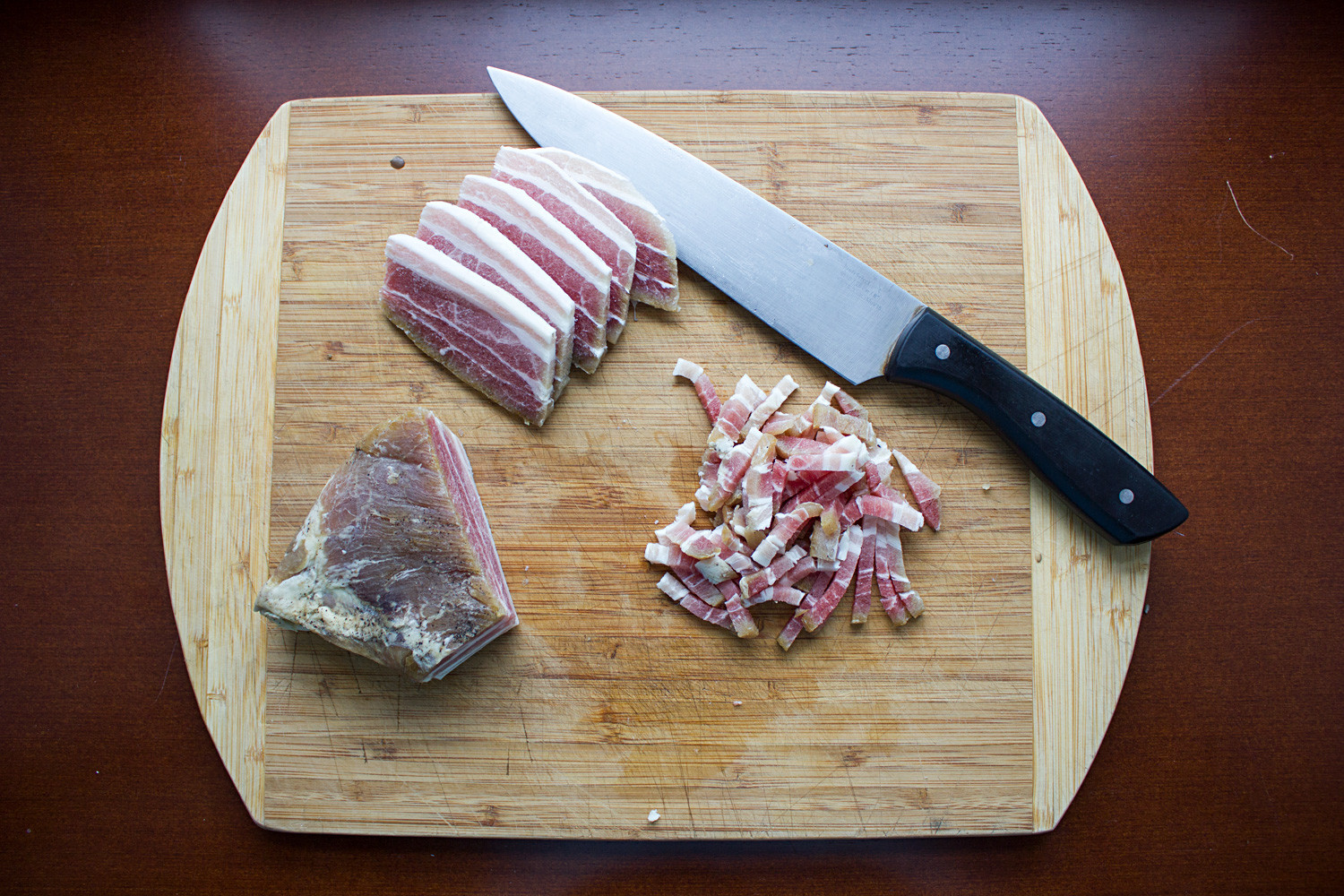 To complete the dish, cut your pork belly slab into small cubes and cook in a pan on medium-low heat. Drain the grease and let those cubes get a little crispy and golden brown. 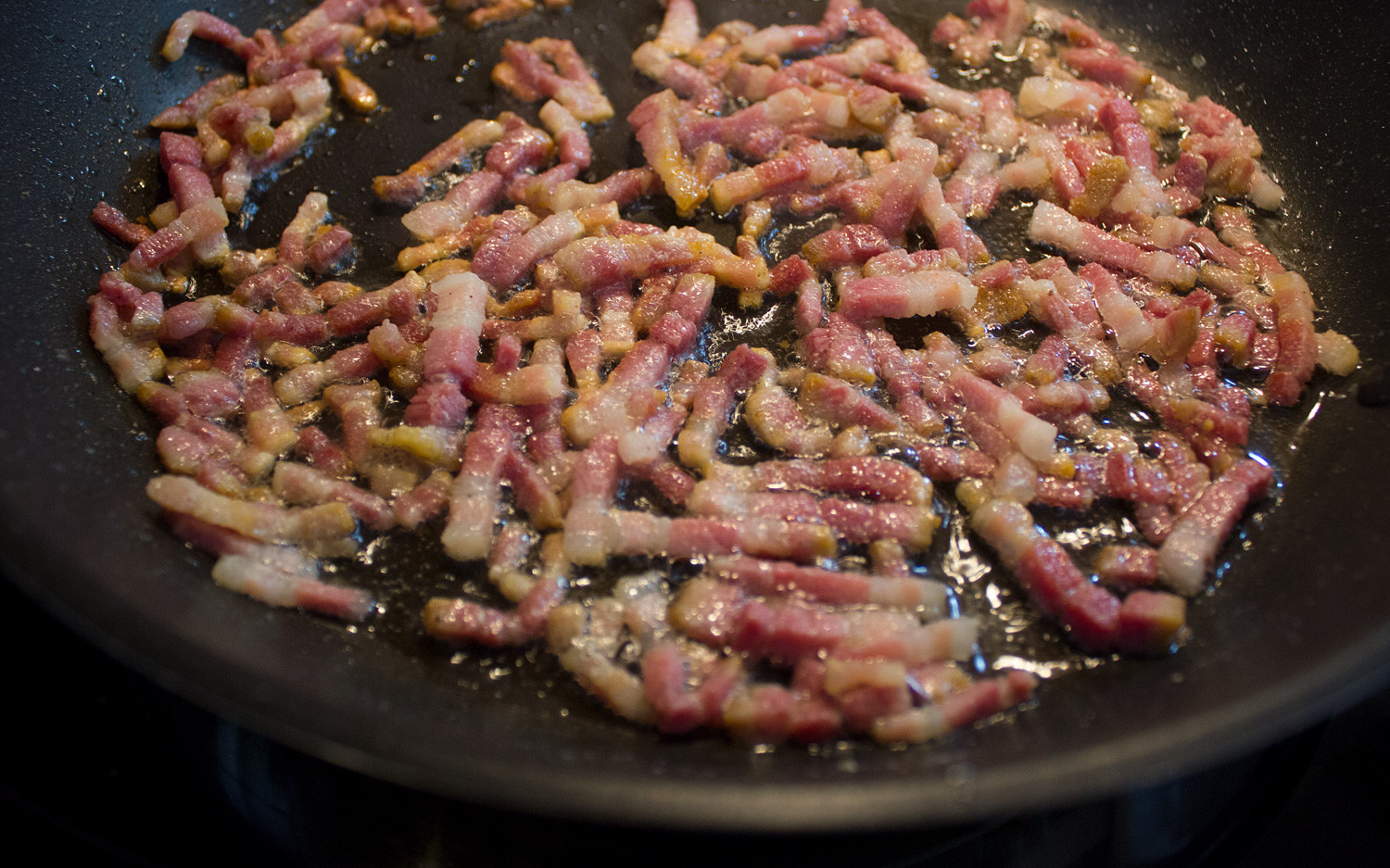 While frying the pork belly, boil the quail eggs. Put them in a pot with cold water, slowly bring to a boil and leave in boiling water for 5 minutes. 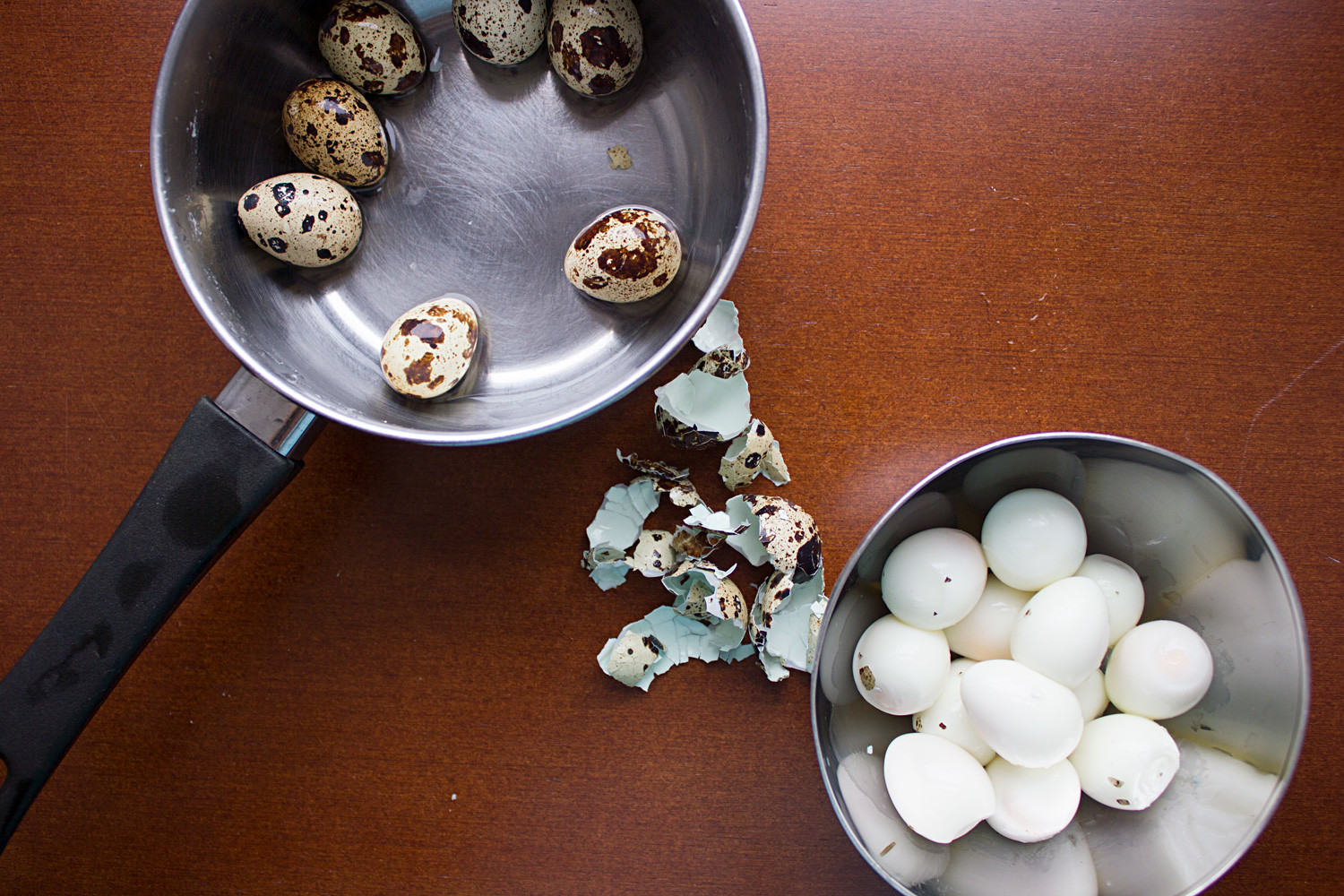 Pro tip: after boiling, put the eggs into a bowl of ice water. The temperature shock will shrink the egg mass inside the shell, making them easier to peel. 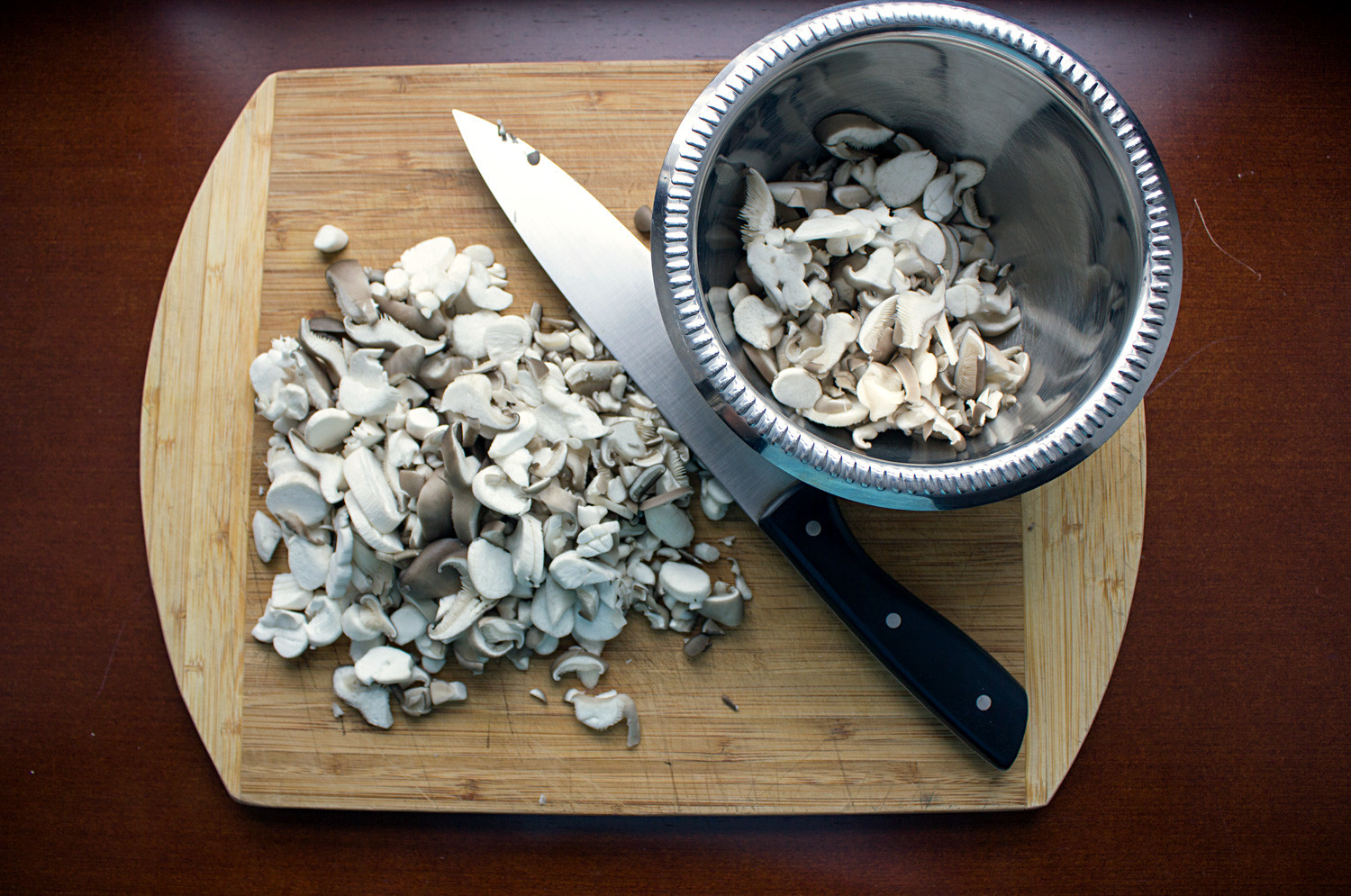 Now dice the onion and mushrooms into equal sized pieces. Use some of the grease from the pork to cook the veggies. Start with the onion and fry until golden brown. Remove from the pan and set aside. Now heat the empty pan until hot and add mushrooms, but be sure not to overfill the pan. This insures that your mushrooms won't lose water and they’ll get that beautiful caramelized color. Once the mushrooms are ready set aside with the onions.

Grease the pan and put the heat on high. Add grains and stir-fry until it acquires a light crunchy exterior. Add all the components (pork belly, onion, and mushrooms) and mix thoroughly until warm. Don’t forget about adding salt and pepper to taste! 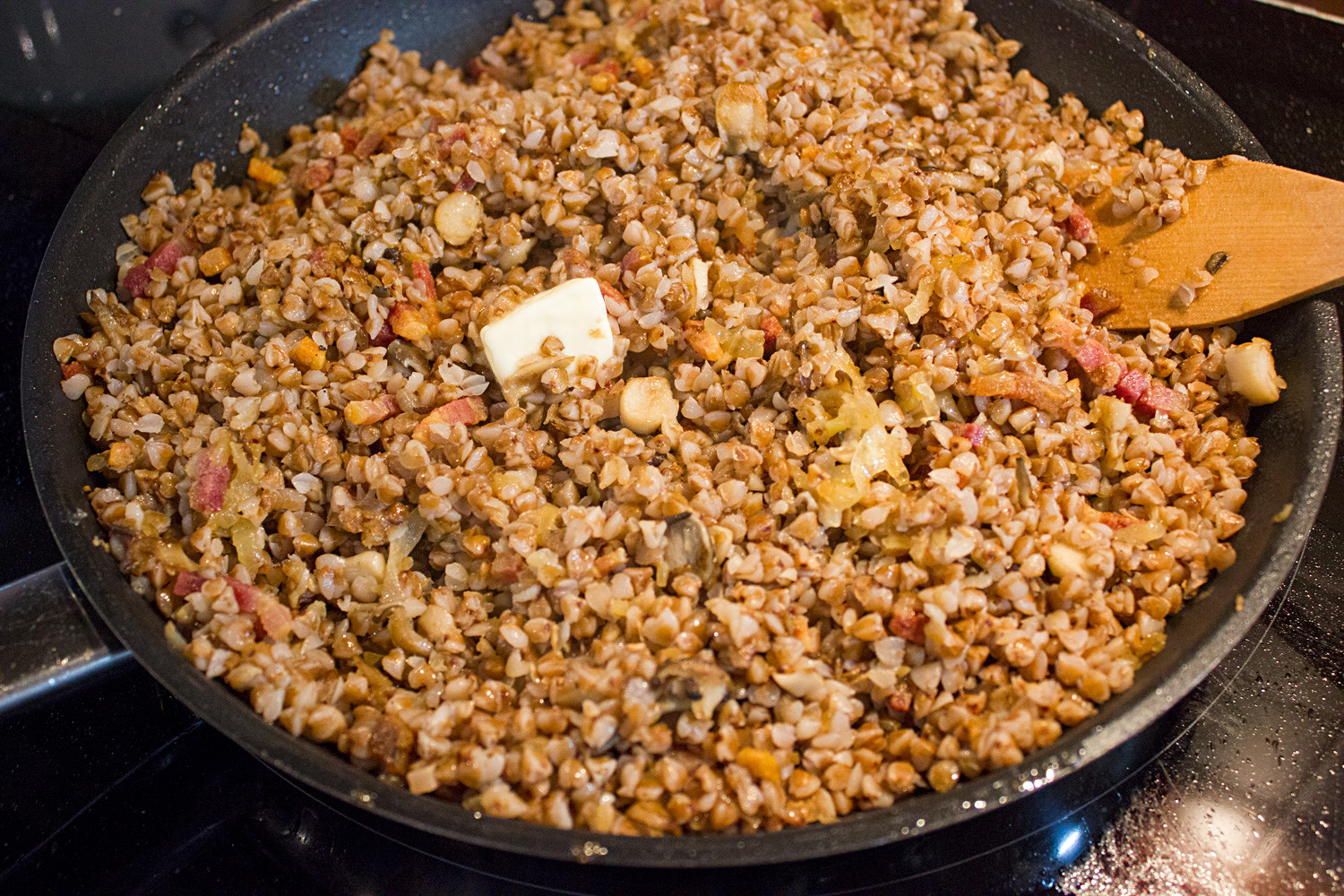 Once the hard work is done, serve your buckwheat on a plate, grate the quail eggs on top and cover with chopped green onion. Finally, the one thing left to do is eat and enjoy! 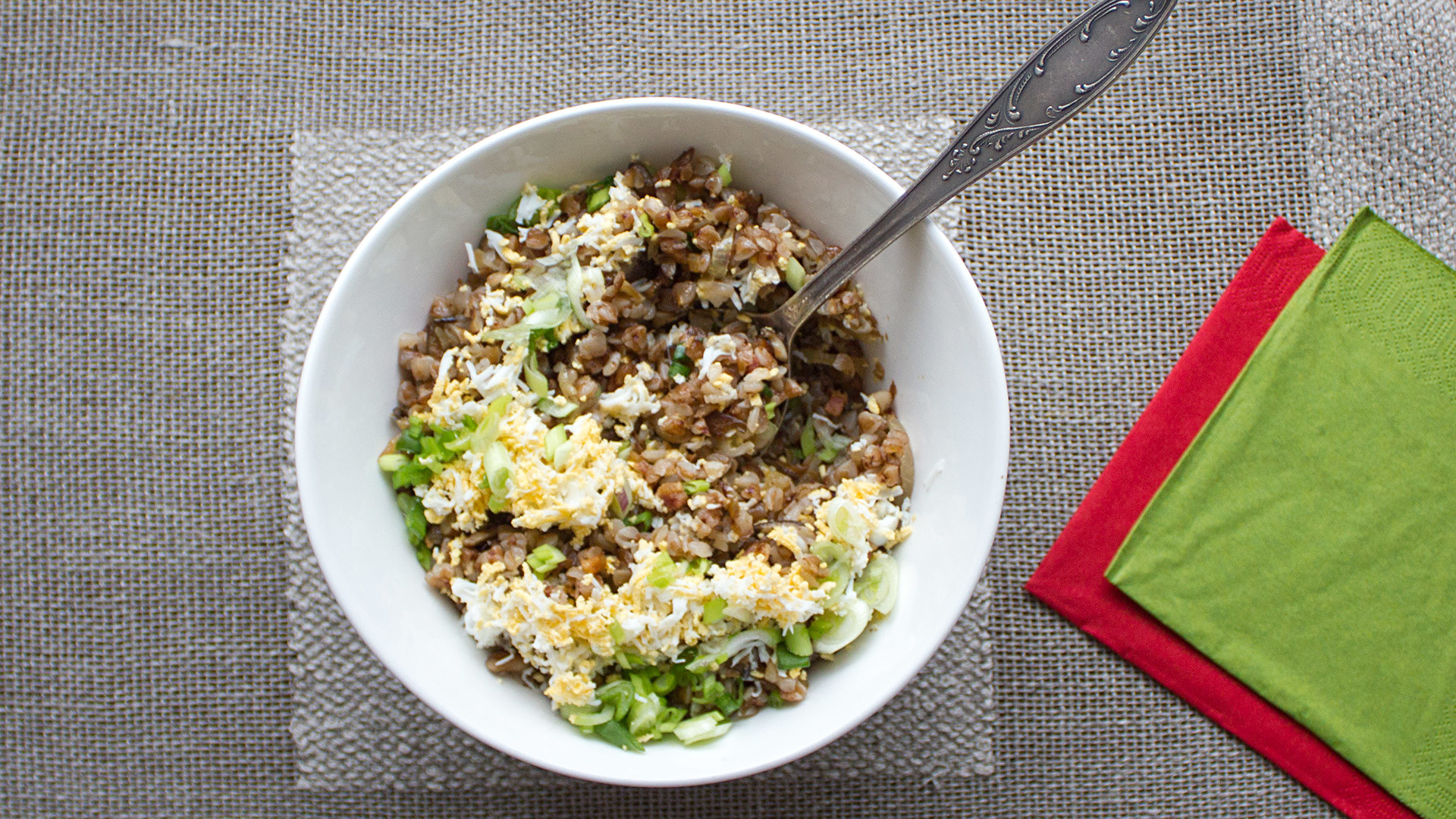 Have you ever frozen sauerkraut with sausages? Soviet housewives have! Check out our text on bigus, the Polish dish on the Red Army's menu.