Cook a pie with chanterelles: For centuries Russians didn’t eat these 'small foxes' 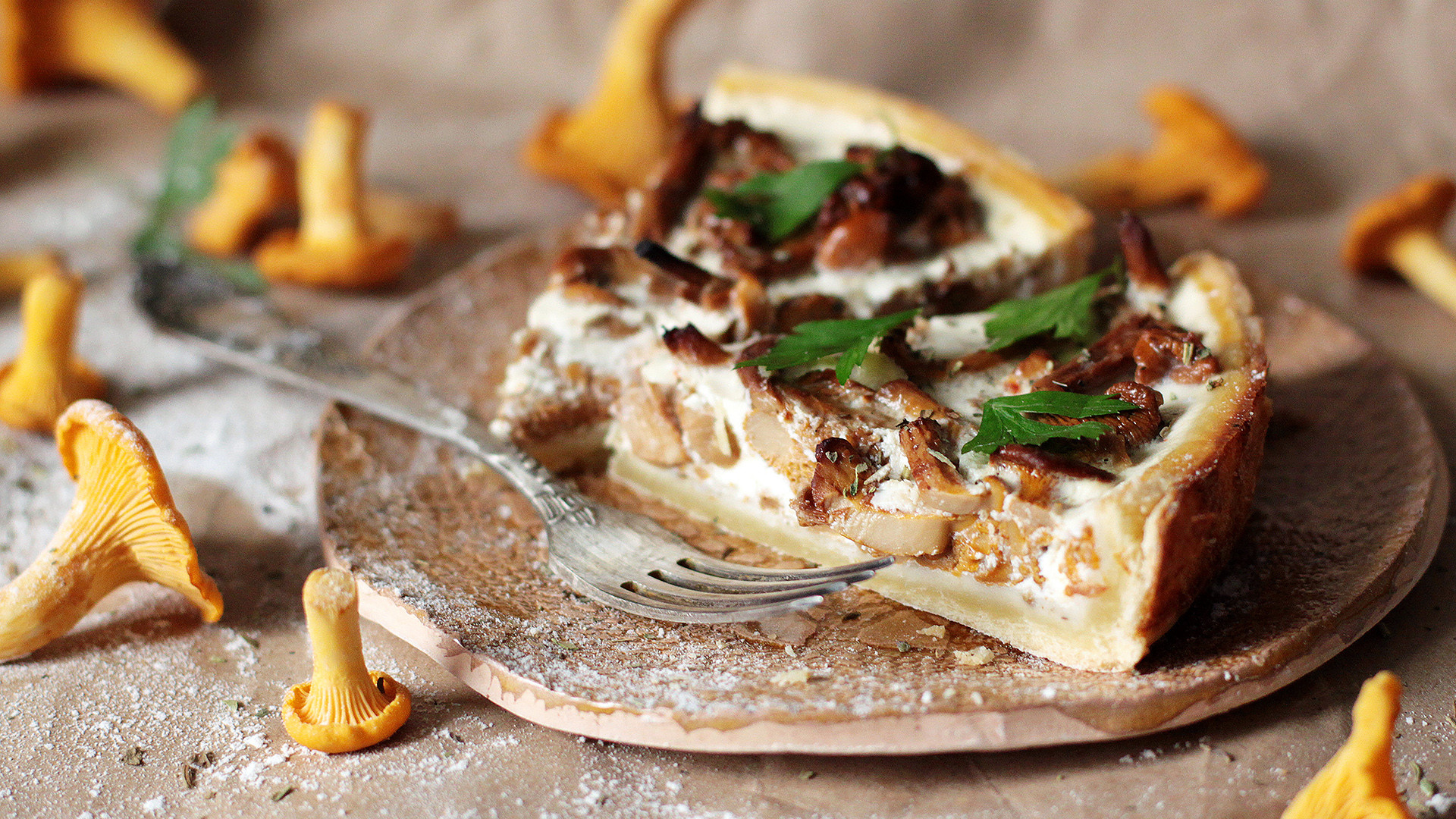 Victoria Drey
If you really want to taste an amazing pastry, be ready to spend hours in the forest hunting for the most scrumptious mushrooms. Store-bought chanterelles don’t count!

As soon as autumn is upon us, I take my wicker basket, wear a trusty pair of rubber boots and rush into the forest searching for chanterelles. My family has always considered them to be the best type of mushrooms of the many that are found in Russian forests. First of all, they’re insanely delicious and have that unique piquant taste and texture that no other mushroom has. Another great thing about chanterelles is that they’re never wormy, they’re very easy to cook and prepare, and you don’t have to waste much time cleaning and peeling them as with other mushrooms. Sounds appealing, right?

That’s why I was honestly shocked when I learned that chanterelles were not that popular and even were considered inedible long ago in Ancient Rus. There has always been a ton of mushrooms in Russian forests, but about 400 years ago they picked only milk mushrooms and ceps or porcini mushrooms. The reason was that these were the only type of mushrooms that didn’t have a so-called “poisonous twin” – a similar looking mushroom that’s harmful if ingested. Russians finally took a liking to chanterelles only at the end of the 18th century. Despite the fact that they had those “twins,” it was quite easy to distinguish authentic chanterelles from poisonous imposters. 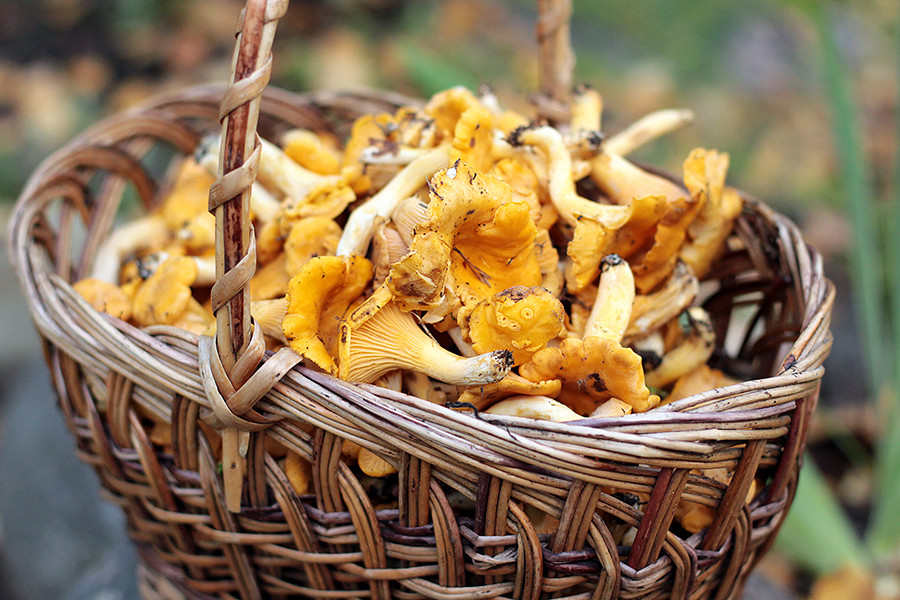 In Russia we cherish chanterelles, known as lisichki, which literally means “small foxes.” This name is not only about the brilliant orange color that chanterelles have, but it’s because they usually cunningly hide in moss. So, you need a keen eye to spot them. If you succeed you’ll be repaid with true gastronomic joy. The most popular Russian way of preparing chanterelles is simply frying them and serving with fresh sour cream. This combo works perfectly. Or you can add some dough, a couple of ingredients and come up with a delicious chanterelle pie that tastes divine.

To start, put soft butter, sifted flour, yolks, cold water and a pinch of salt in a large bowl and knead with your hands until the dough is nice and thick. Add some more flour if you feel like the dough is too sticky. Wrap the dough tightly in plastic wrap and leave in the fridge for about 30 minutes. 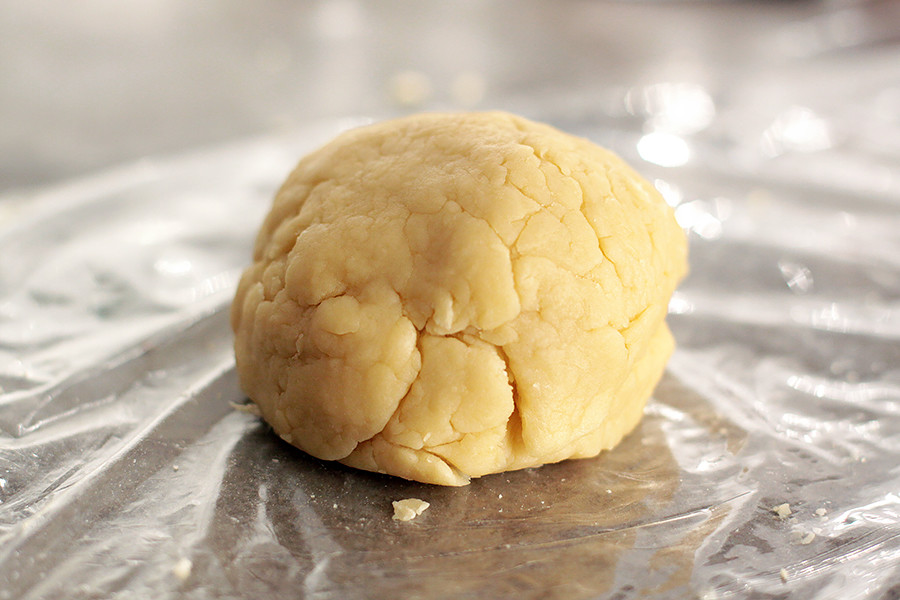 Meanwhile, prepare the pie filling. First, finely chop the onion and fry it in sunflower oil on medium heat so the onion softens. Add chanterelles and cook for about 10-15 minutes. Notice how they don’t lose their unique color even after cooking. Be sure not to overdo the mushrooms so they don’t lose their specific density and texture. 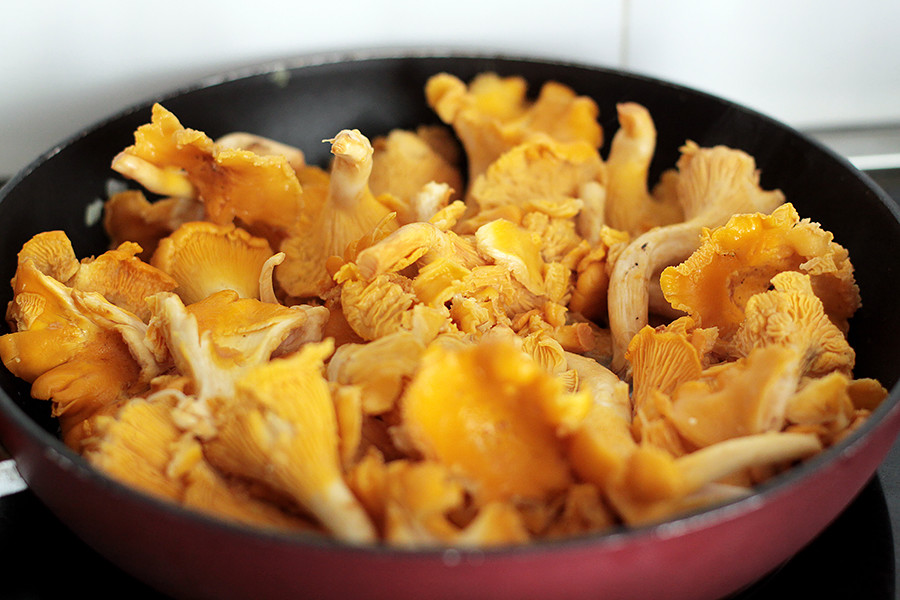 In a separate bowl mix sour cream, cream, the remaining egg whites and cornstarch. Season with salt and fresh ground pepper, and set aside the liquid part for the stuffing. 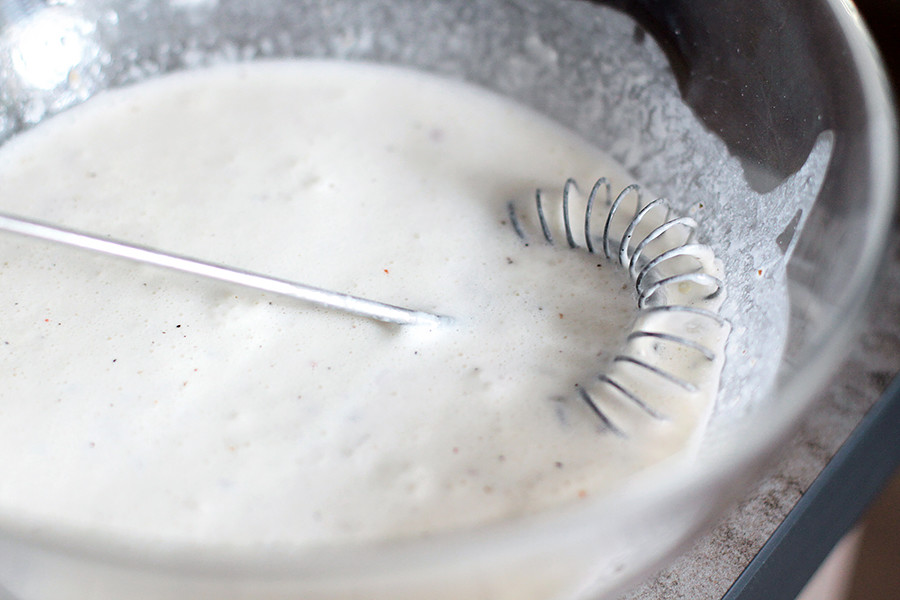 When the dough is cool and hard enough, remove from the fridge, separate 2/3 of the piece and flatten over the bottom of the baking dish. Roll out the remaining 1/3 to make a kind of border for the pie. Finely prick the dough with a fork and bake for 10 minutes at 180°C. 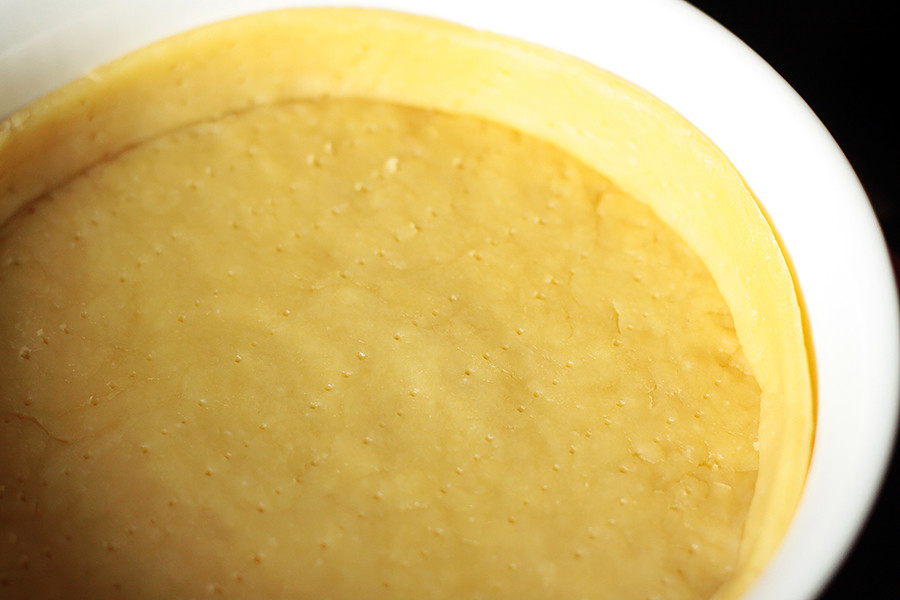 Then take it out of the oven, carefully pour in liquid and finally add cooked chanterelles on top. 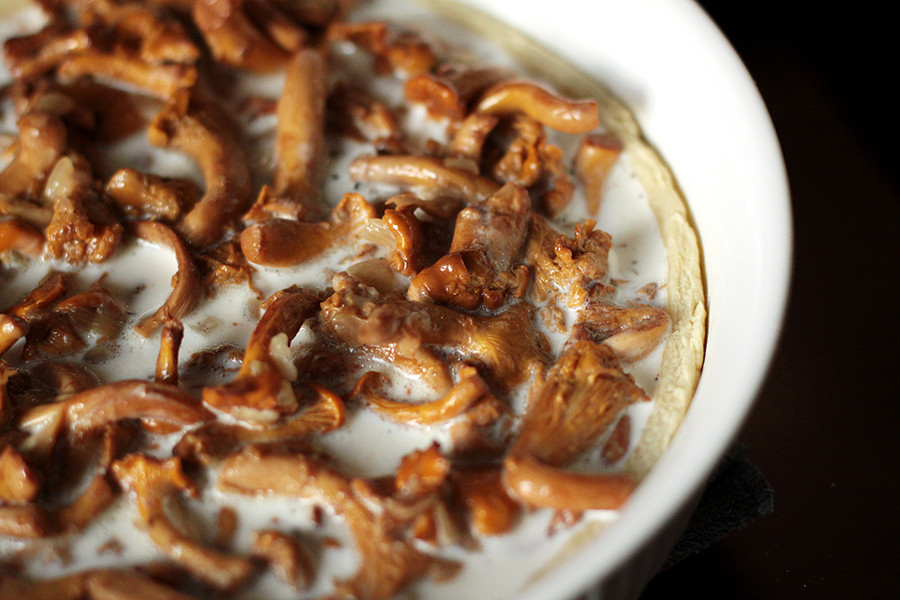 Bake the pie at 180°C for 40 minutes. When it’s ready, let cool just a bit, sprinkle with some fresh parsley and serve. Priyatnogo appetita! 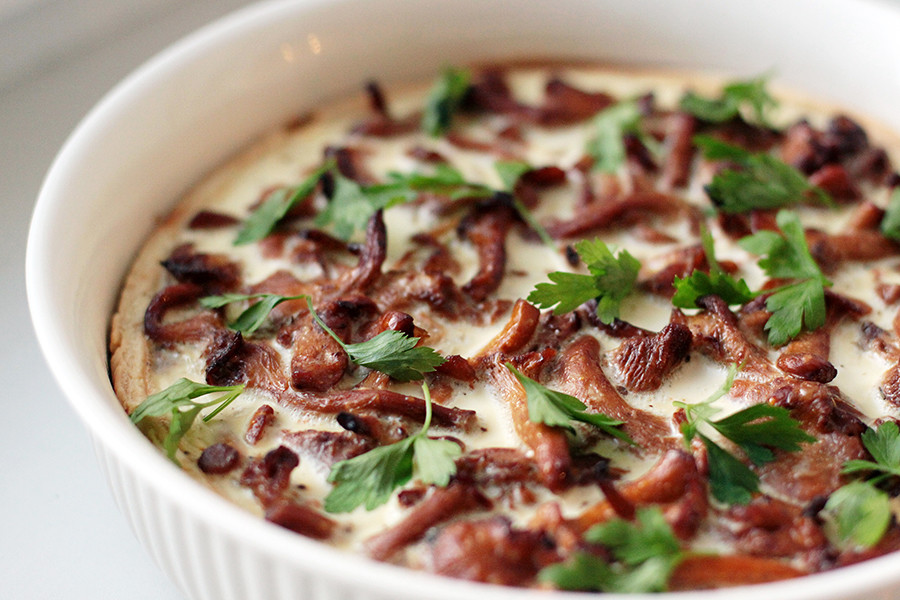