How the Soviet Union fell in love with imitation crab meat 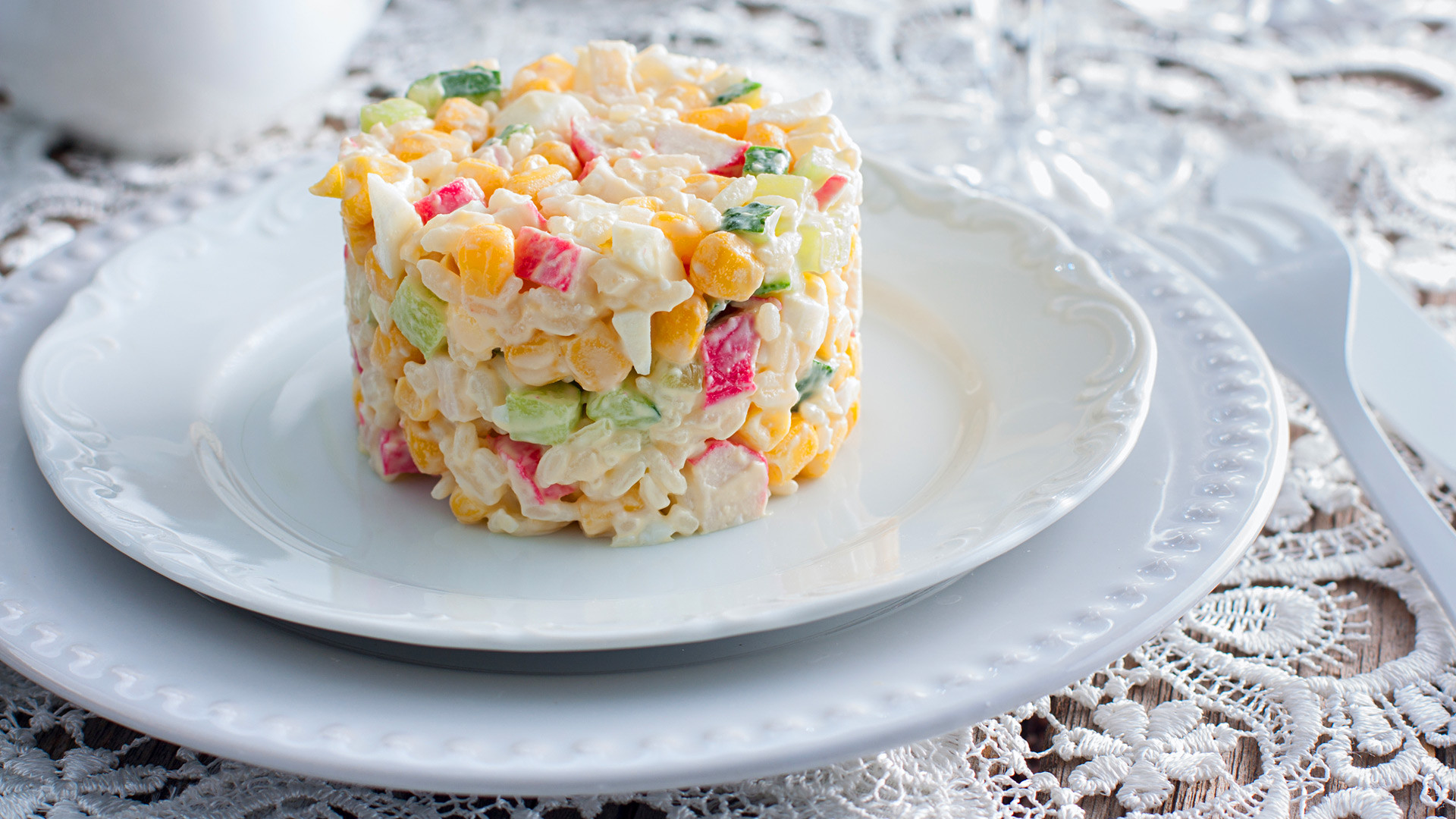 Legion Media
Crab stick salad rounds off the Top 3 favorites on the Russian New Year table. Unlike the other two, Olivier and “Herring under fur,” this dish is simplicity itself.

Crab stick salad is a Russian version of the dish known in the US and elsewhere as Crab Louie. It was devised by Soviet housewives in the late when real crab meat was a distant luxury, and crab sticks were a passable imitation of this tasty delicacy.

The “substitute” was initially sold by weight. Many even believed that the sticks were actually made from crab meat, and were somewhat disappointed to learn that the real ingredient was processed fish protein (surimi) or shredded white fish. But not even cold facts could quench the popular passion.

The salad recipe comes in several varieties. Some devotees add potatoes for a fuller taste, with other options being onions, tomatoes, canned peas, cheese, and prunes.

But the most popular and common variety is with rice and corn. Here’s the recipe. 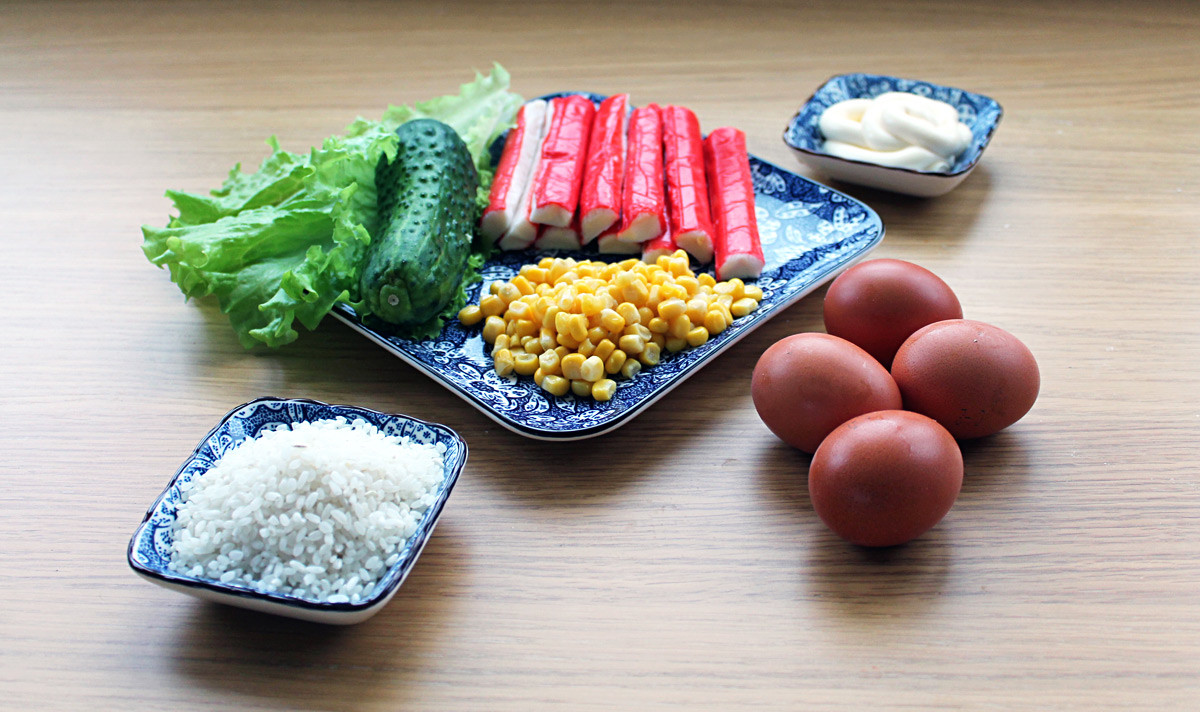 1. Wash and boil the rice in lightly salted water. 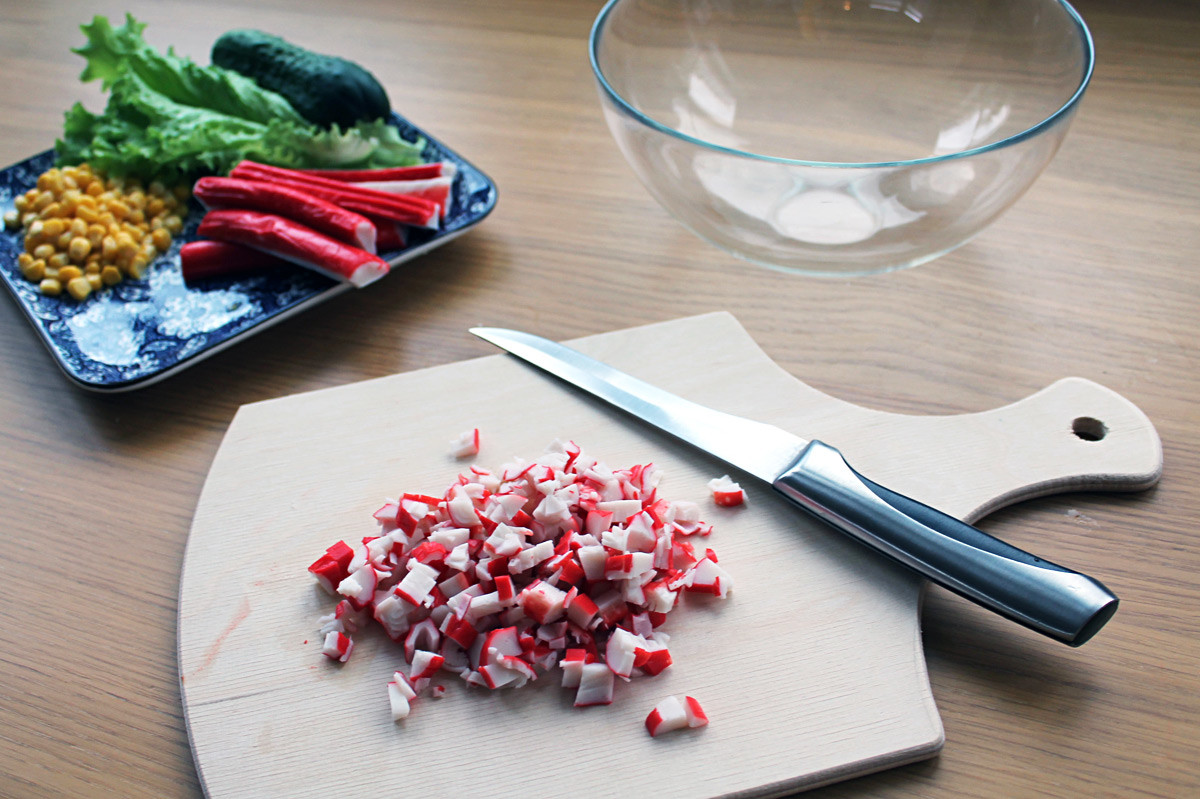 3. Wash and cut the cucumber into small cubes. Remove the skin if tough. For a spicy flavor, use pickled instead of regular cucumber. 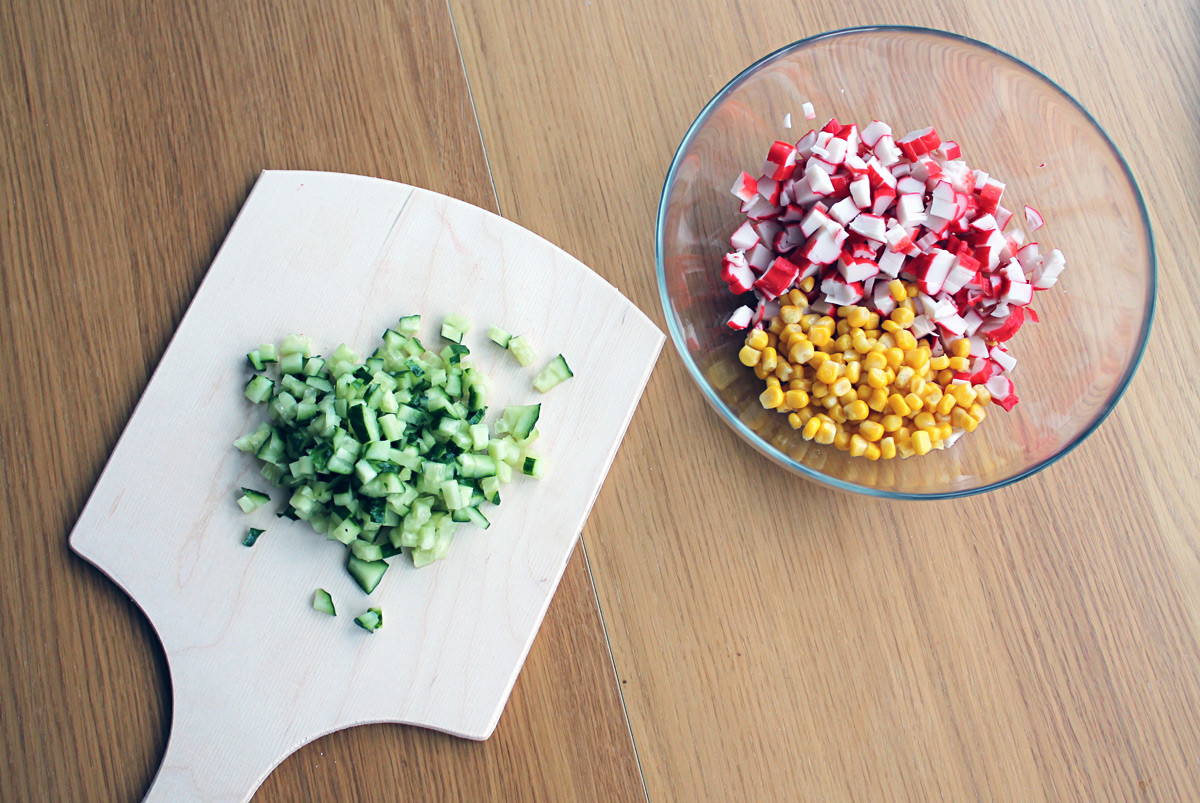 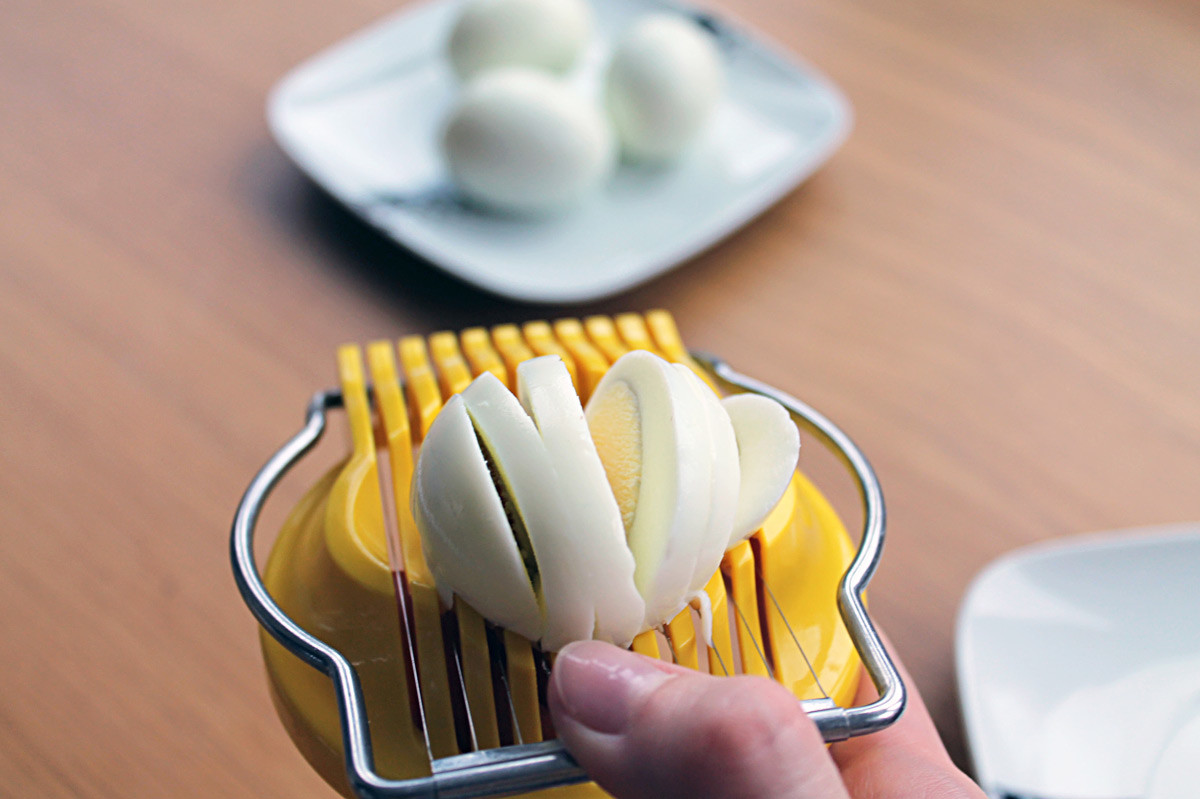 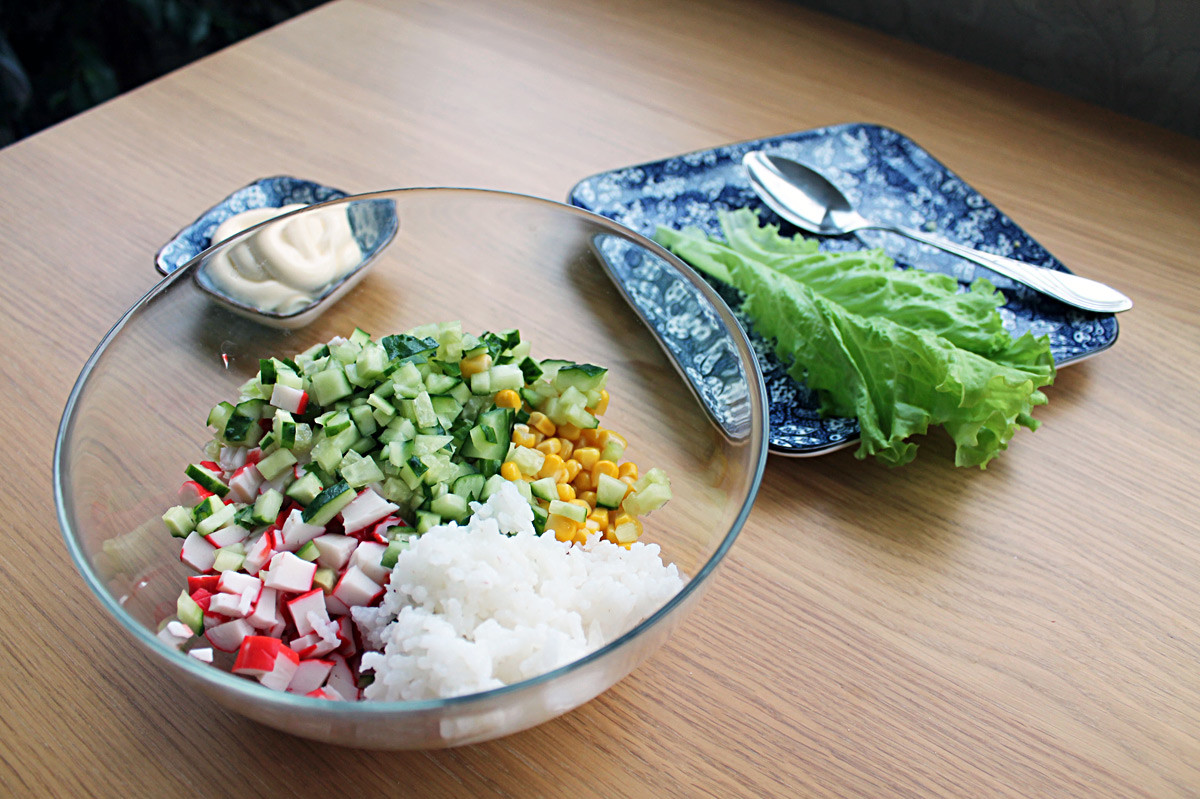 6. Season the salad with mayonnaise, salt, and pepper. Add dill or parsley if desired. 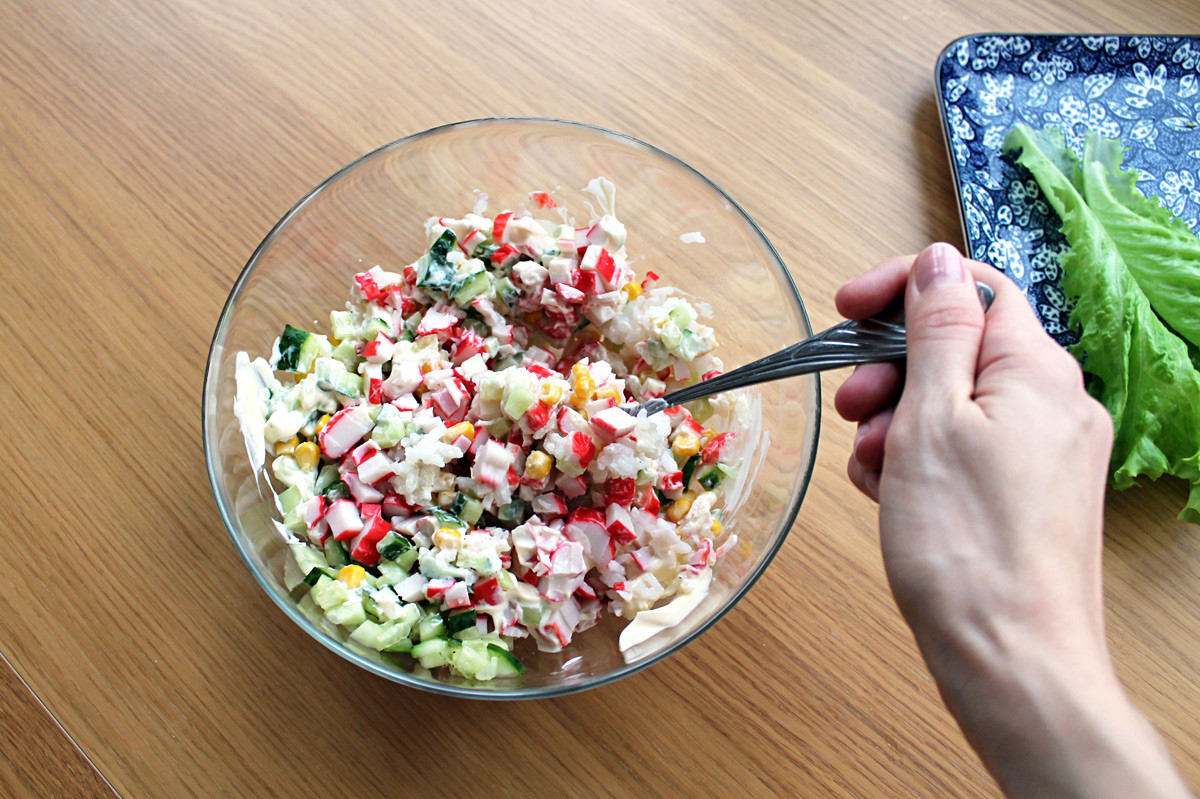 7. The salad can be shaped with special molds or a regular glass 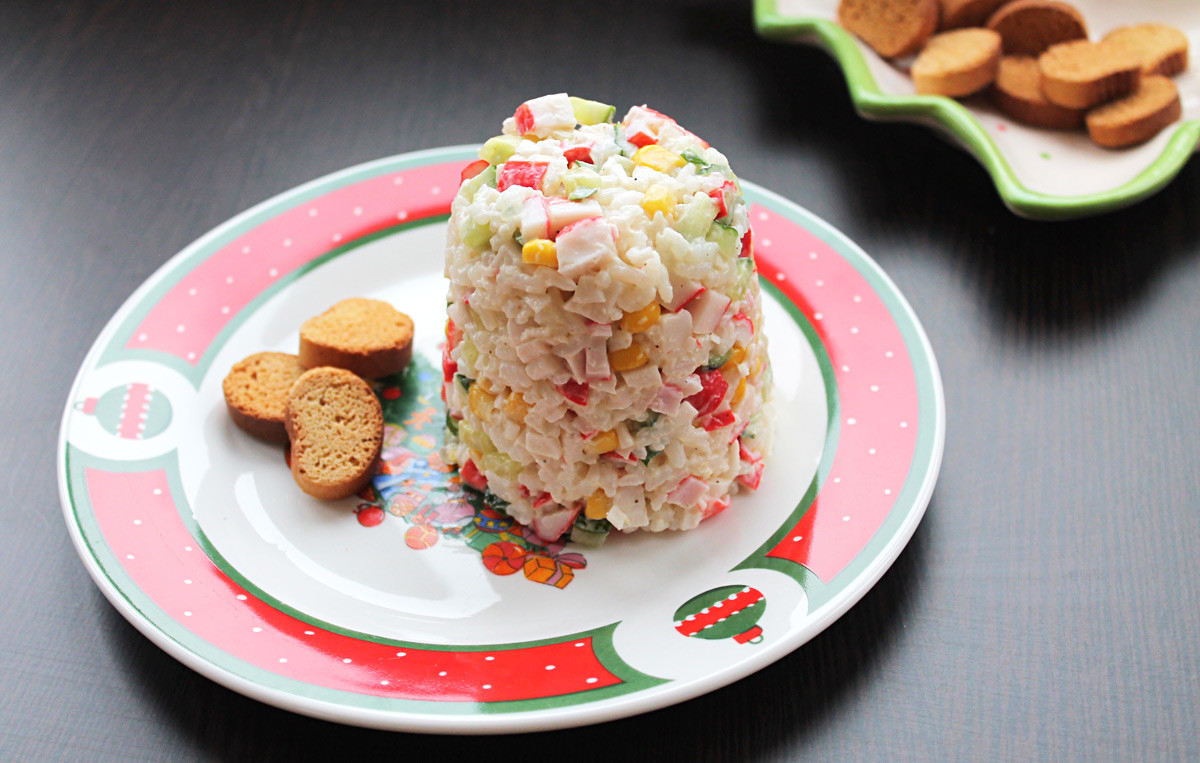