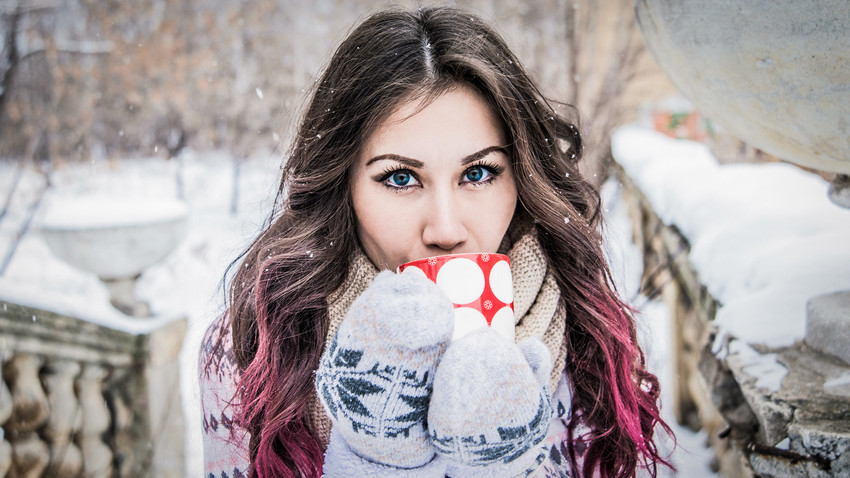 Legion Media
When the forecast threatens snow and coughs begin to be heard, these berries are Russians’ first port of call to keep winter and all it brings with it at bay. 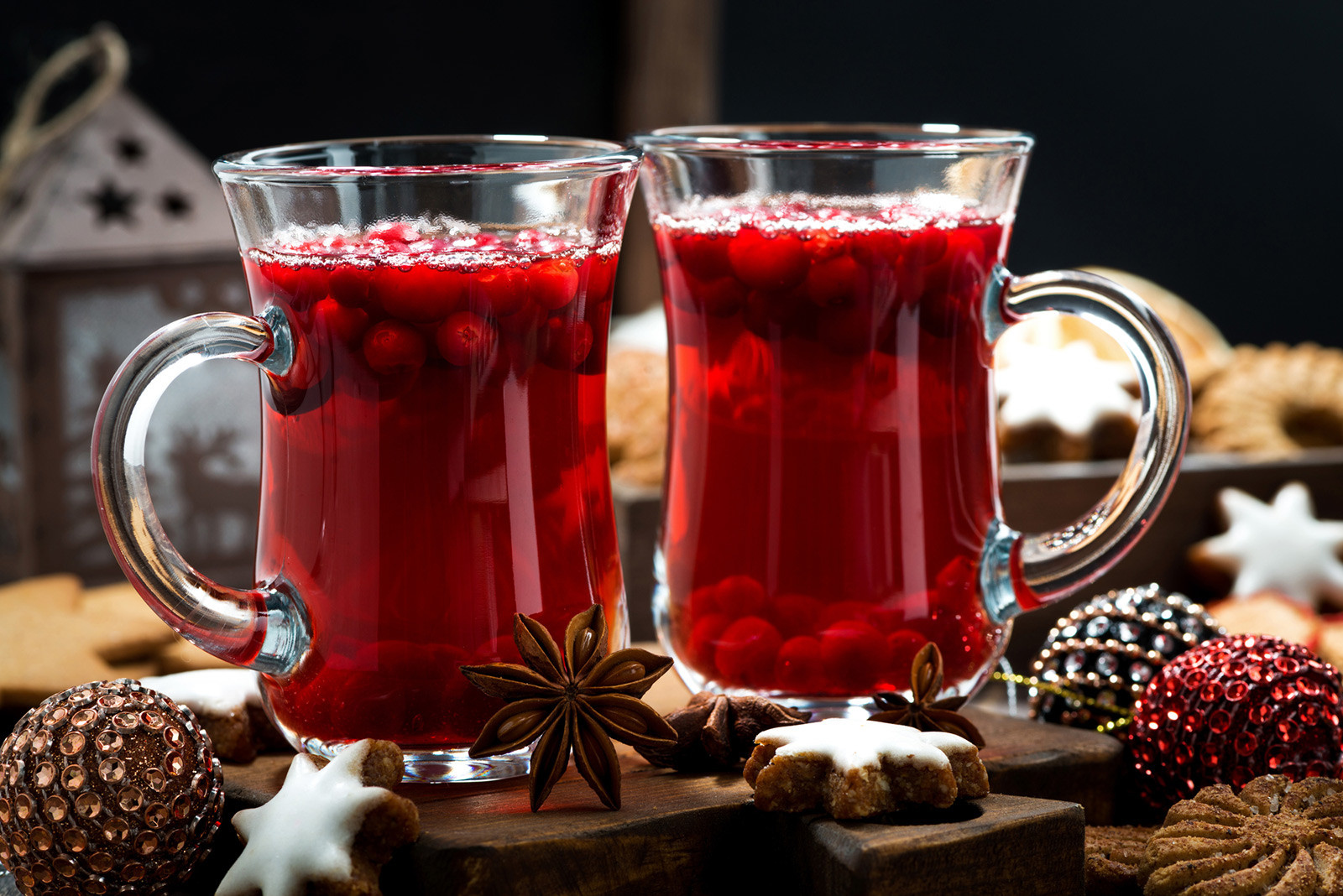 Cranberries are mostly produced in obscure parts of Russia, but the country nonetheless does everything it can to get their hands on these antioxidants and weight loss facilitators. Cranberry tea will also keep you alert, as the natural sugars in the vermilion berry have been proven to increase brain activity. The drink was therefore introduced to Russians in Soviet times to inspire the nation’s thinkers, and to compete with American cranberry production.

Cranberry tea has a distinctly sharp, fruity flavor that goes well with other fruits and spices. In fact, since it’s not so full-bodied, we actually recommend combining your cranberries with extra ingredients in order to get the most flavors out of your brew.

Step 1 – Wash the cranberries and crush with a mortar.

Step 2 – Add the cranberries, orange, green tea, ginger, cinnamon, and pre-boiled water to a pot. Boil and leave to brew with the lid on for 15 mins.

Step 4 – Serve with an orange slice. 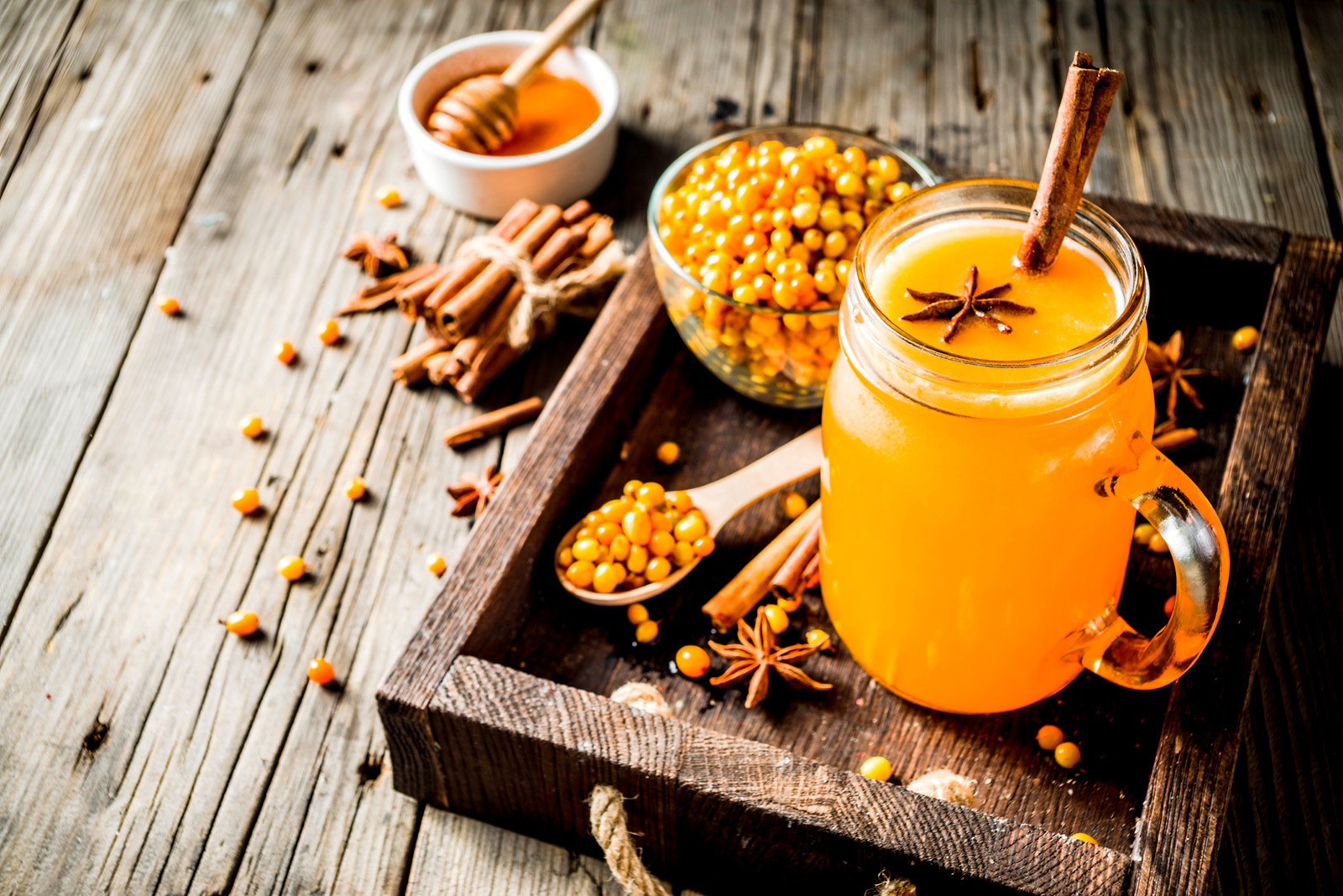 This amber miracle shrub, native to Caucasian Russia, has been drunk in the motherland for centuries. In fact, sea buckthorns remain one of Russia’s most widespread folk medicines due to their anti-inflammatory and immunity-strengthening qualities, which make them a great option for keeping colds at bay. Surprisingly, sea buckthorns are even said to contain more vitamin C than citrus fruits and more vitamin E than wheat. If they’re good enough to be deemed adequate horse feed, they’ll certainly be good enough to keep you healthy.

Sea buckthorns are not only insanely healthy, but they’re also uniquely succulent due to their thick skin and high juice content, with a specific flavor that’s both sweet and sour. What’s more, when they’re mixed in a tea, they produce an incredible color.

Step 2 – Wash the sea buckthorn and crush with a mortar.

Step 3 – Put all the ingredients (except the honey) into a pot, boil, and leave to brew for 10 mins. 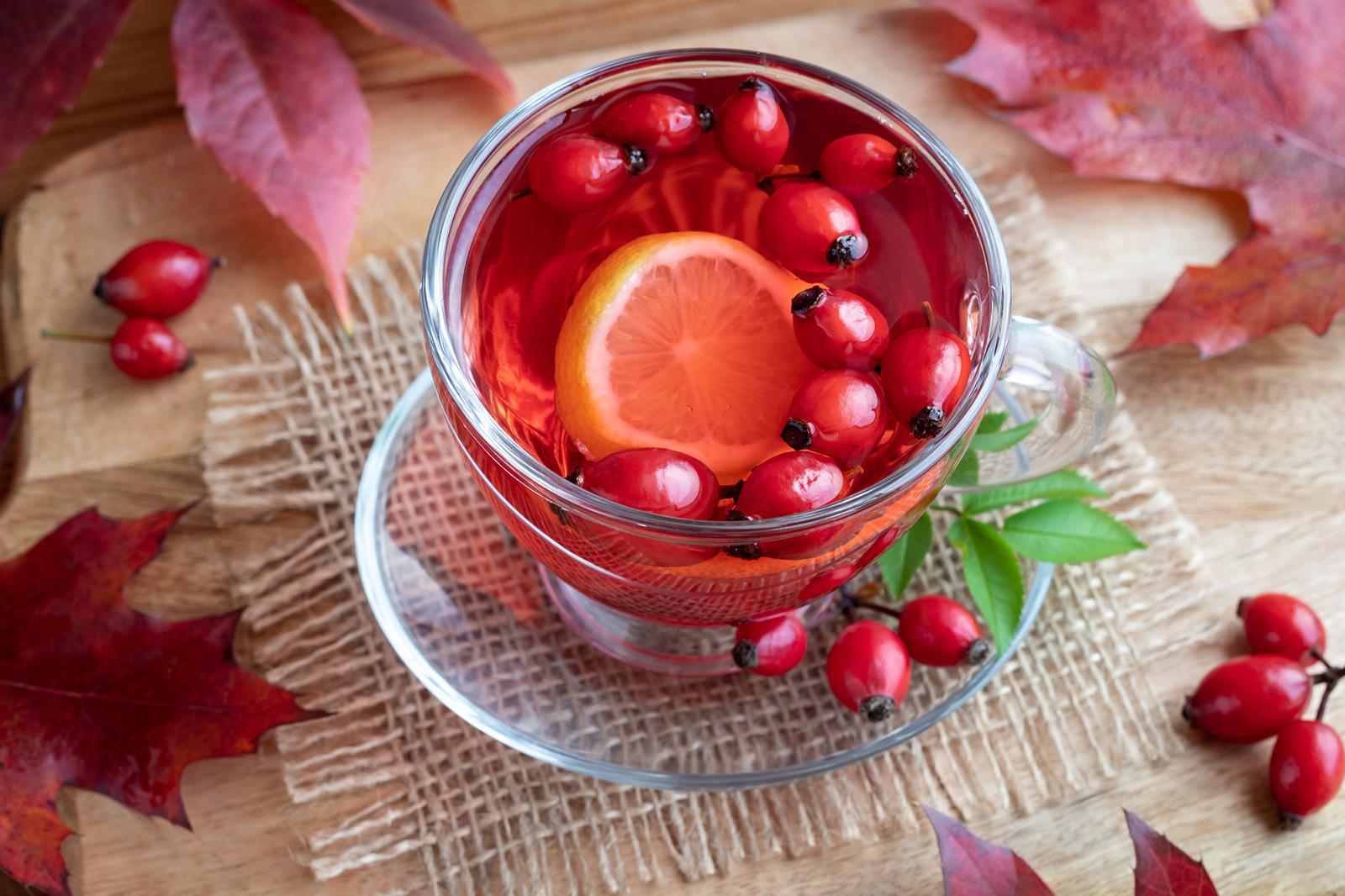 If you were to believe a Russian, enough rosehips would guarantee a life free from strokes and heart attacks. There might be some logic to this – Russia’s superberry packs in almost every vitamin you can imagine, including A, B2, C, E, and K, as well as healthy doses of iron and phosphorus.

The pink berry has been a Russian staple for centuries, with ancient Slavs nicknaming rosehip trees “freedom trees” whose blooming signified the beginning of summer. Indeed, rosehips are primarily grown in European Russia in the summertime, but they’re so beloved here that many diehard fans will dry their stash in the warmer part of the year to make this heart-warming drink available during the cold winter months.

For all its medicinal goodness and likeness to dried cranberries, a rosehip brew is not, however, a replacement for other, tastier berries. In fact, its astringent zest can be fairly unremarkable, and at times medicinal. However, the brew is greatly enhanced with mint, hibiscus, ginger, and lemon though, while sugar can help deal with some of the berry’s acerbity.

Step 1 – Simmer gently the rosehips and hibiscus flowers in the water for about 5 minutes, softly crushing the rosehips with a spoon. Cover and leave to simmer for another 10 mins.

Step 2 – Grate the ginger into the pot and bring the brew to the boil.

Step 3 – Add the honey and squeeze the juice of the lemon into the brew. Leave to sit for 2 mins.