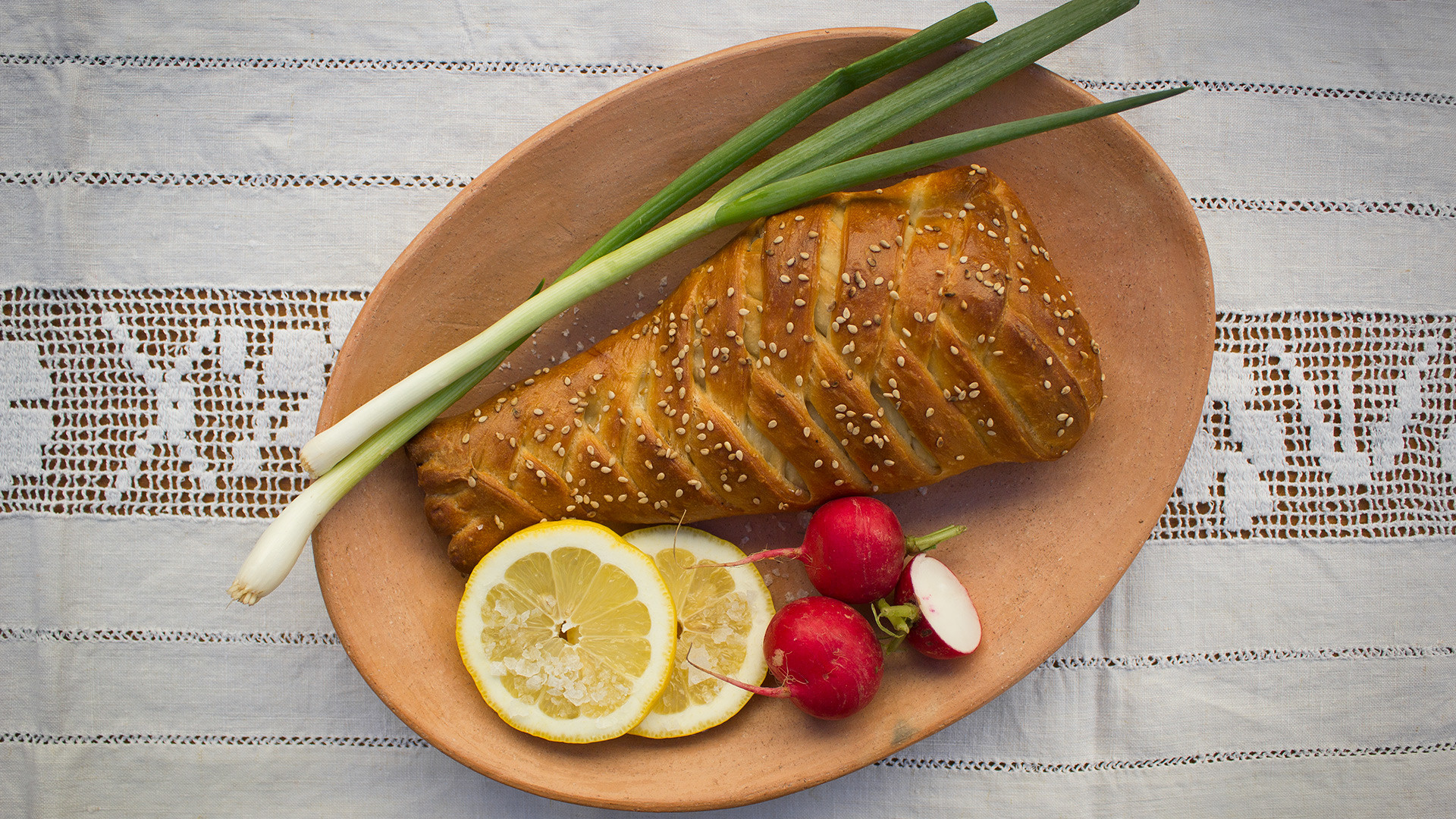 Vasilisa Malinka
Rybnik is an age-old recipe that is reviving local traditions. Enjoy the juicy fish and tasty crust.

Rybnik, or fish pie, is one of the most favorite and delicate ways to prepare fish in Russia. In the Tver Region (162 km northwest of Moscow), there is even a “Seliger Rybnik” festival held annually and which is dedicated specifically to fish pie. Nowadays, renowned chefs come to the festival to prepare rybnik according to old recipes.

Rybnik might have different shapes (a triangle or a square), but traditionally it’s a closed fish pie cooked in the shape of a boat. It was especially popular in fishing areas, in the north of Russia, in Siberia and in the Far East.

To cook rybnik, it is preferable to choose a type of fish with less bones, such as halibut, perch or cod. It is usually served as a hot main dish or an entrée. The recipes differ from region to region. In Seliger for example, rye flour is added to the dough and green onion is added to the filling.

Apart from interesting ingredients used in the recipe, rybnik has a special way to eat it: the upper crust should be cut out with a knife, and the fish eaten together with a bottom layer of onions. The upper crust is used as bread and is a delicious addition to the juicy fish. 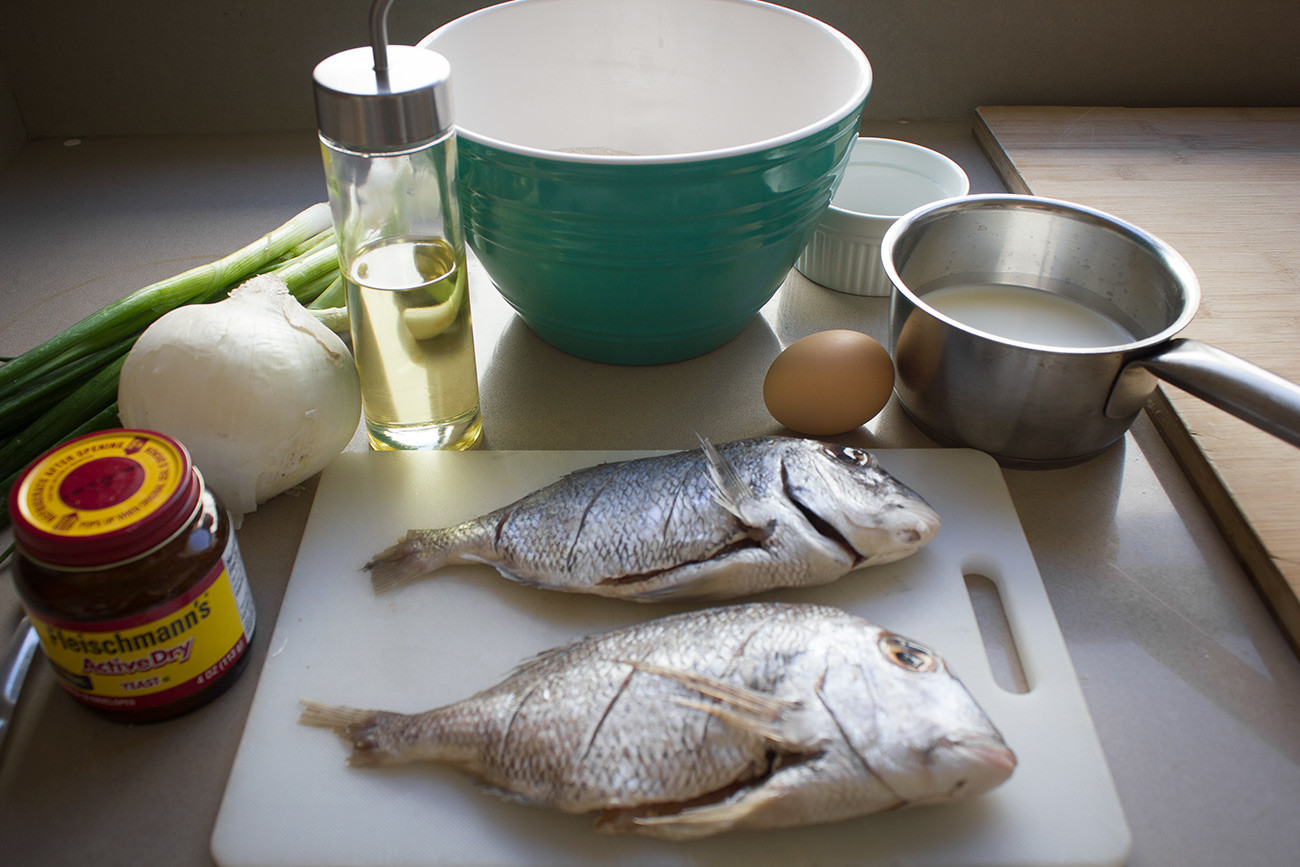 1. In a bowl combine flour, salt, sugar and dry yeast. 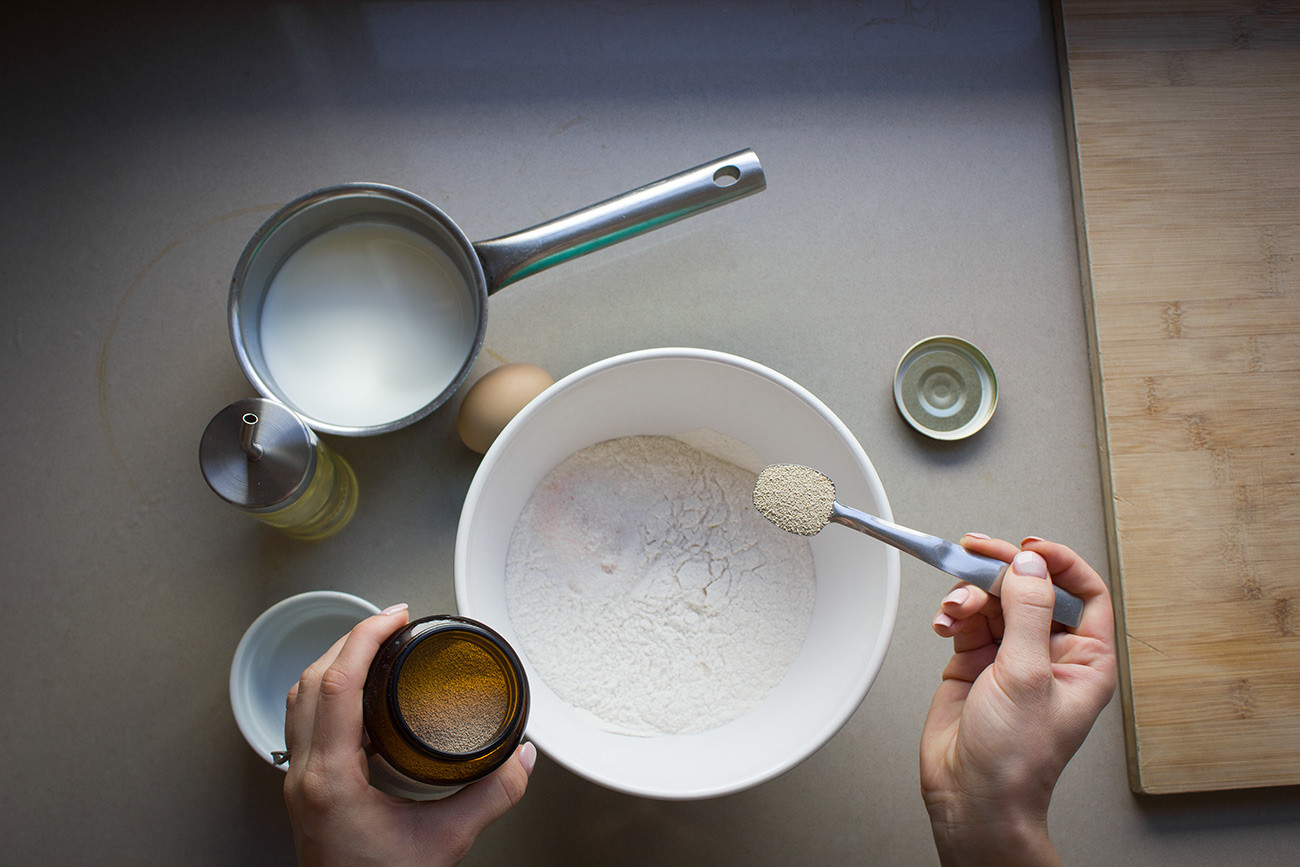 2. Heat your milk until just slightly warm (not more than 40°C) and add it to the flour mixture together with the egg. Mix with a wooden spoon or your hands, and then add the oil. 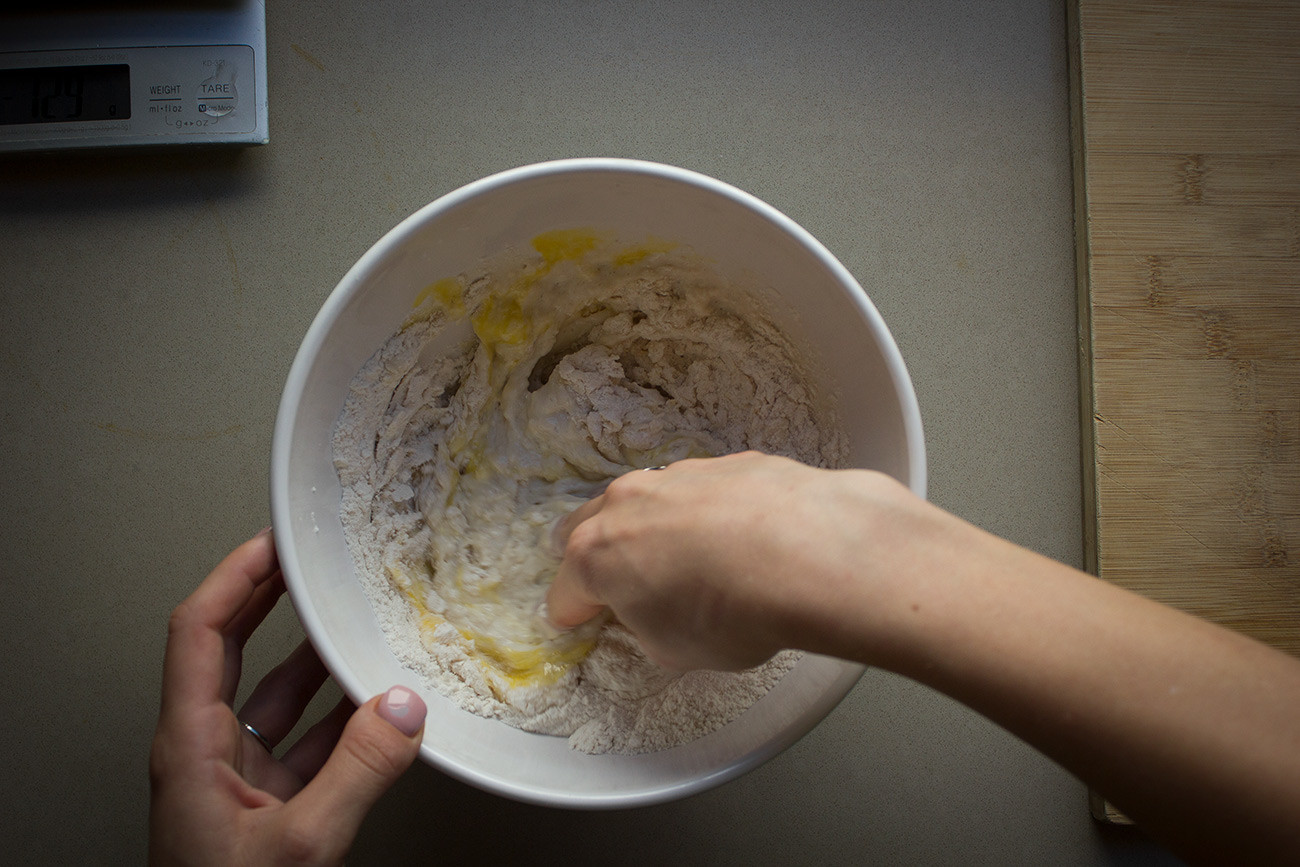 3. Now, start kneading the dough until it comes together, for about 5 minutes, so the texture becomes smooth. 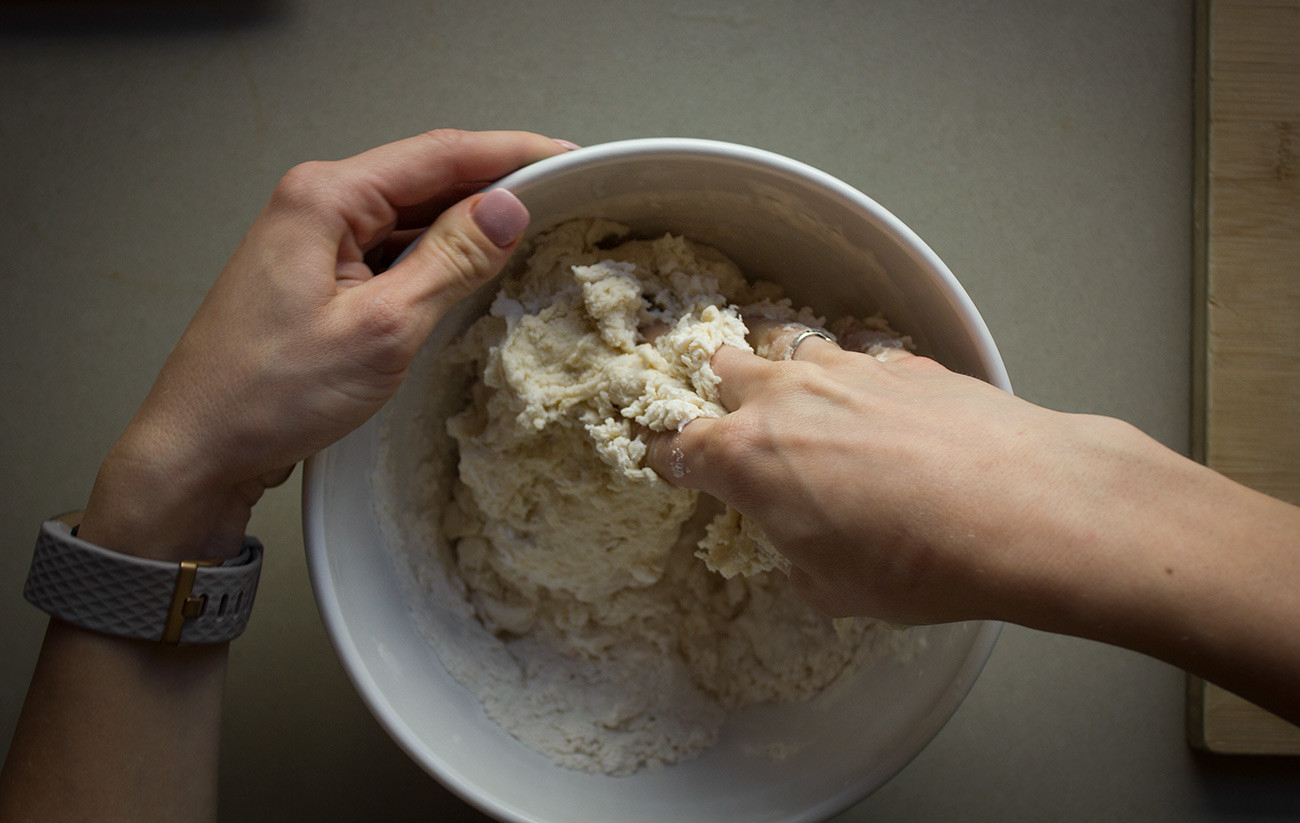 4. Form the dough into a ball and put it back in the bowl. Cover the bowl with cling wrap and let it sit in a warm place for about 90 minutes, until it doubles in size. 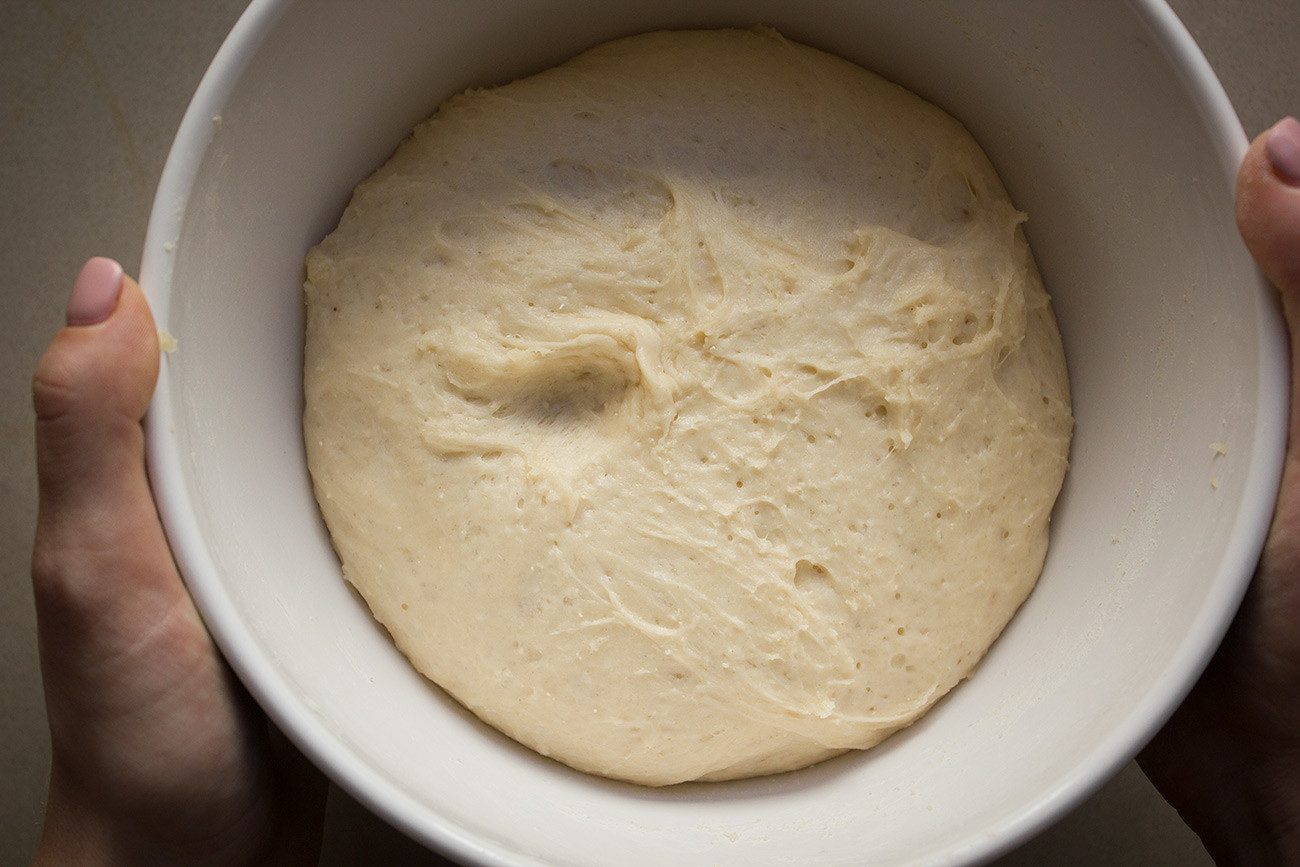 5. Prep your fish by cutting off the fins, head, tail and removing the entrails. If your fish has a lot of small bones it’s also better to debone it before baking. 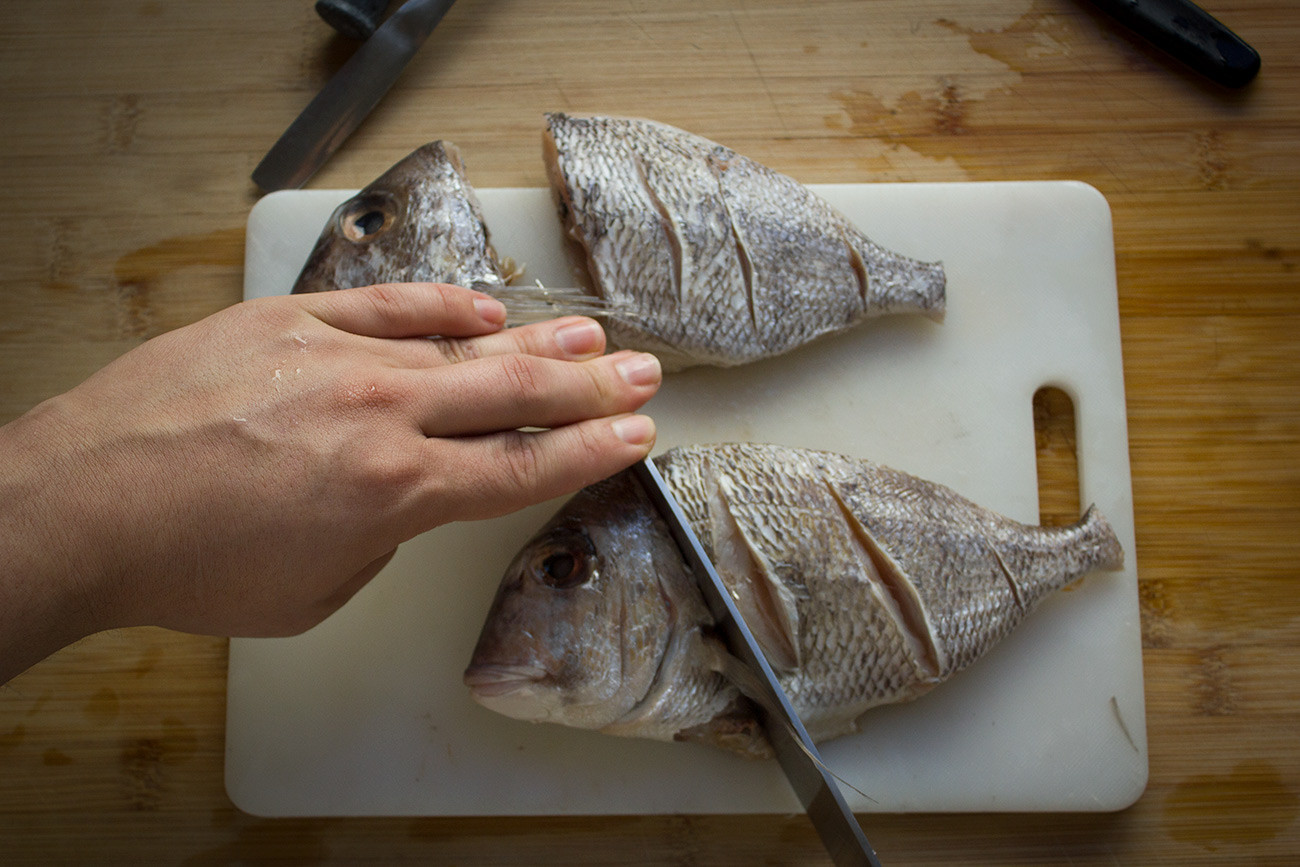 6. Cut your ½ white onion and green onions into small strips. 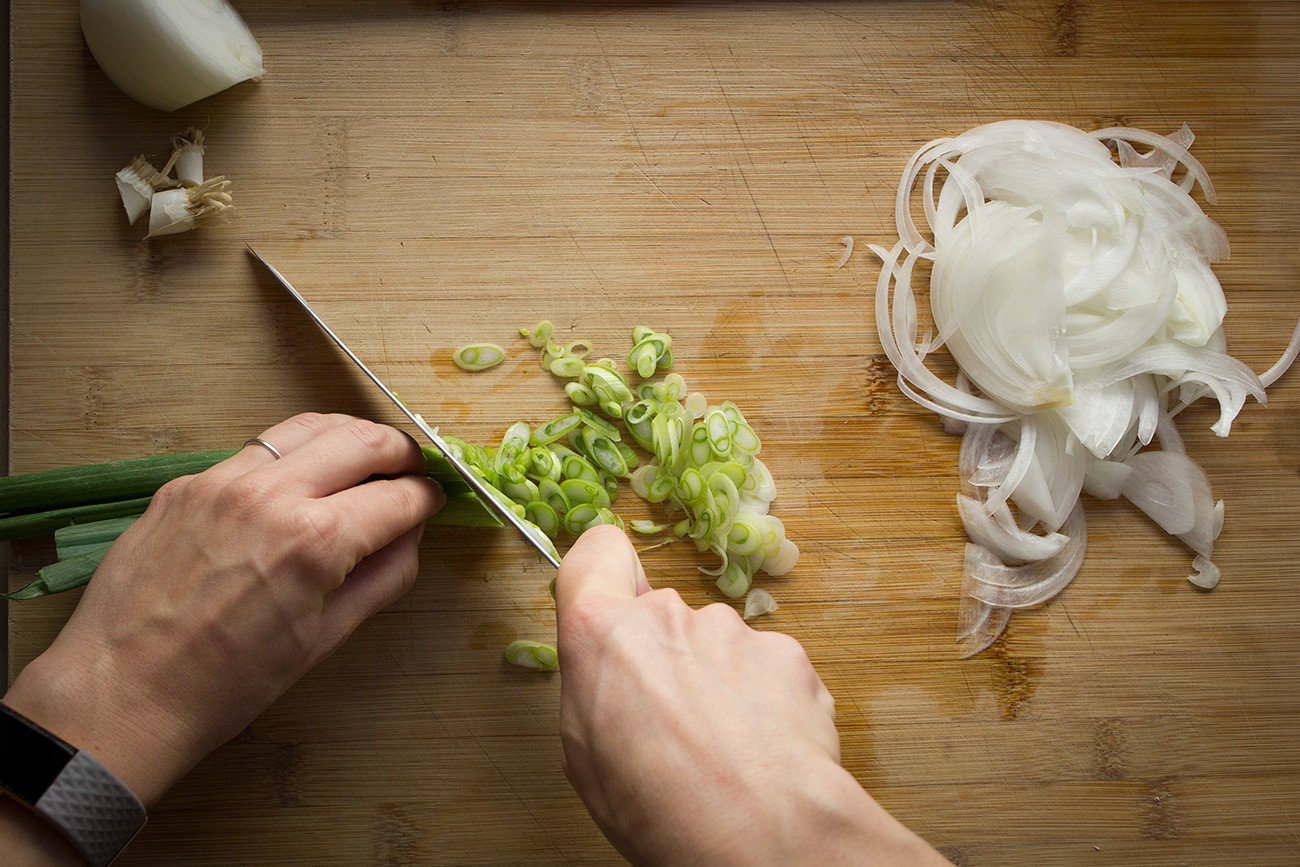 8. Once the dough has risen, divide it into two parts. On a lightly floured surface roll out two pieces of dough into a rectangular shape, which should be 1.5x or 2 times bigger than your fish. 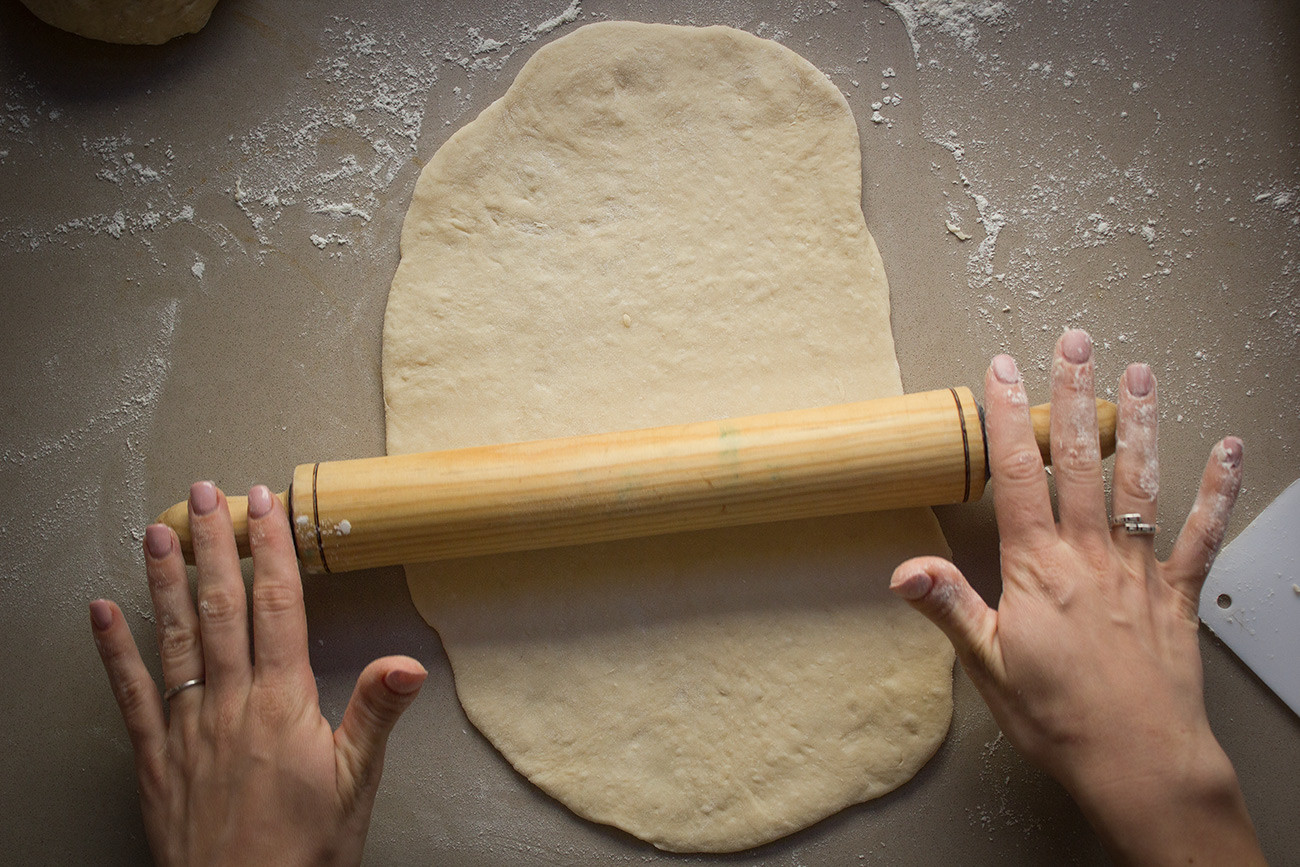 9. On top of the dough, place your diced onions, and sprinkle with salt and pepper. 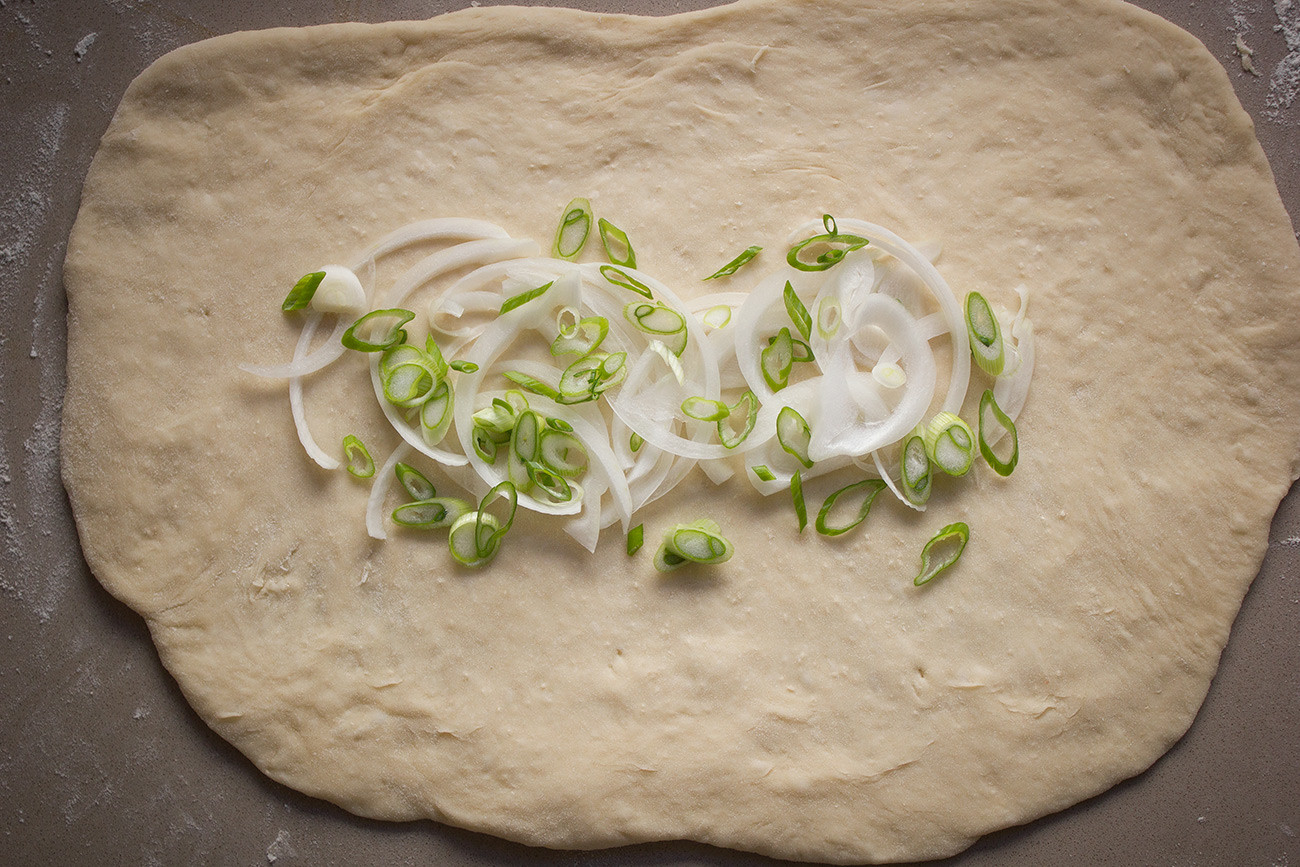 10. Then place the fish on top and also season this side. 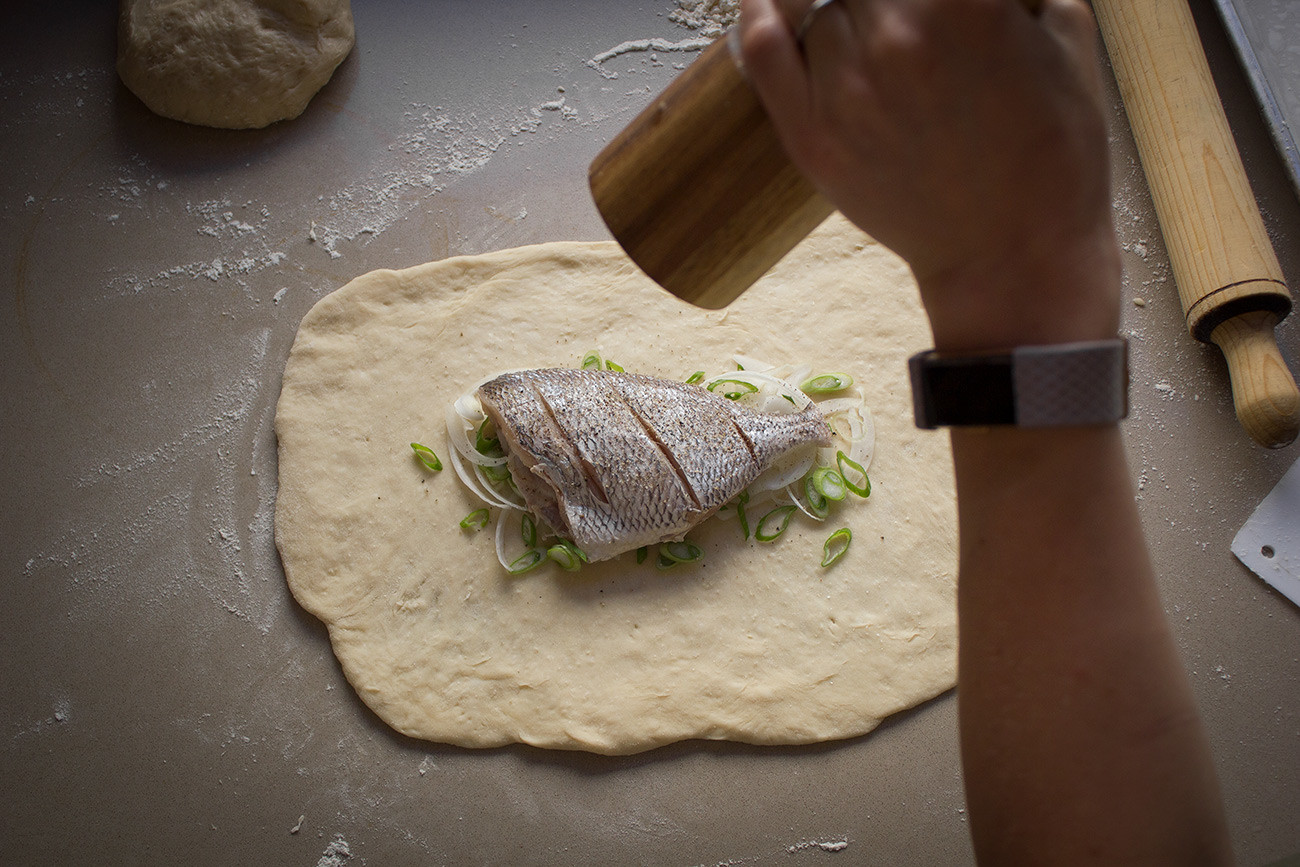 11. Cut the sides of the dough into diagonal strips, and starting from the top of the fish, start overlapping them like a braid on top of each other. 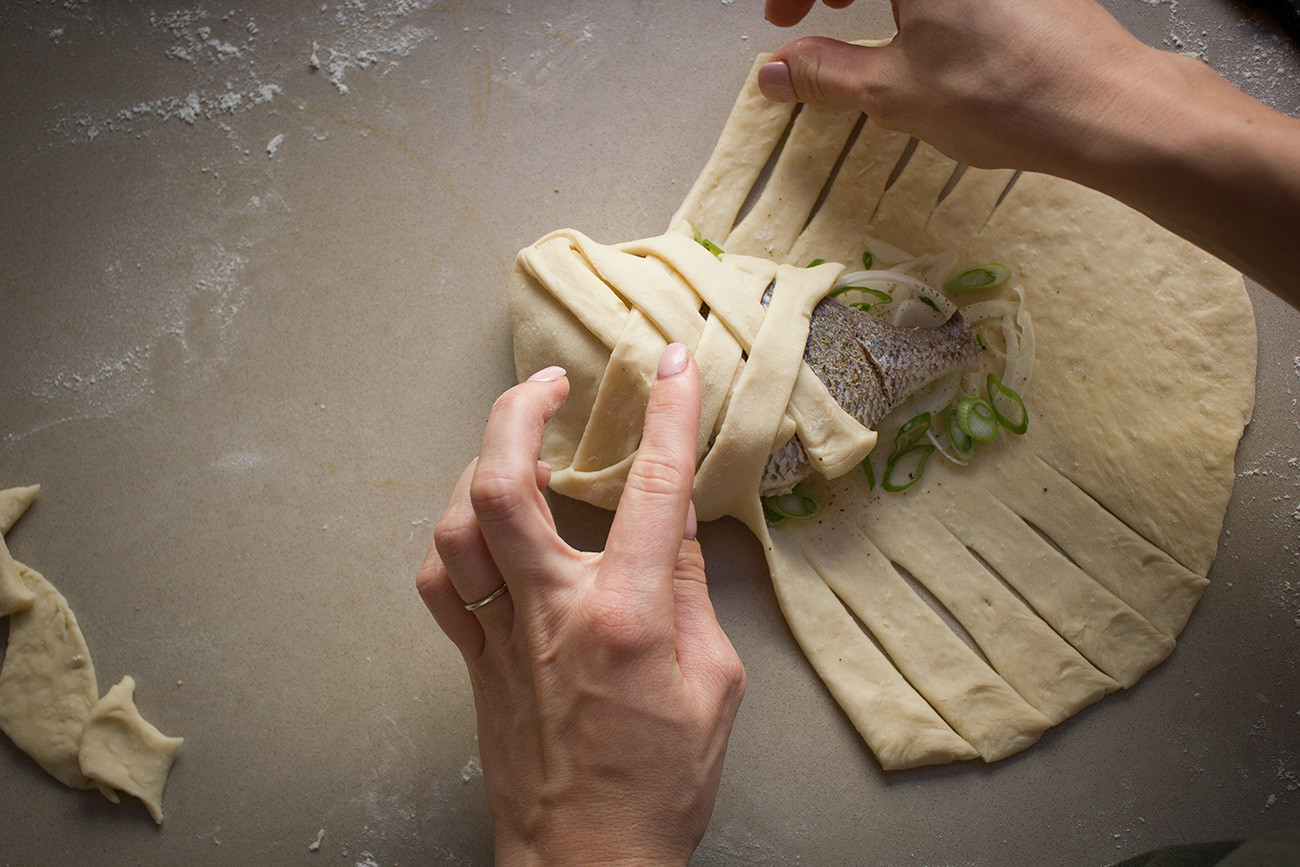 12. When you get to the tail pinch the dough and cut off any extras. 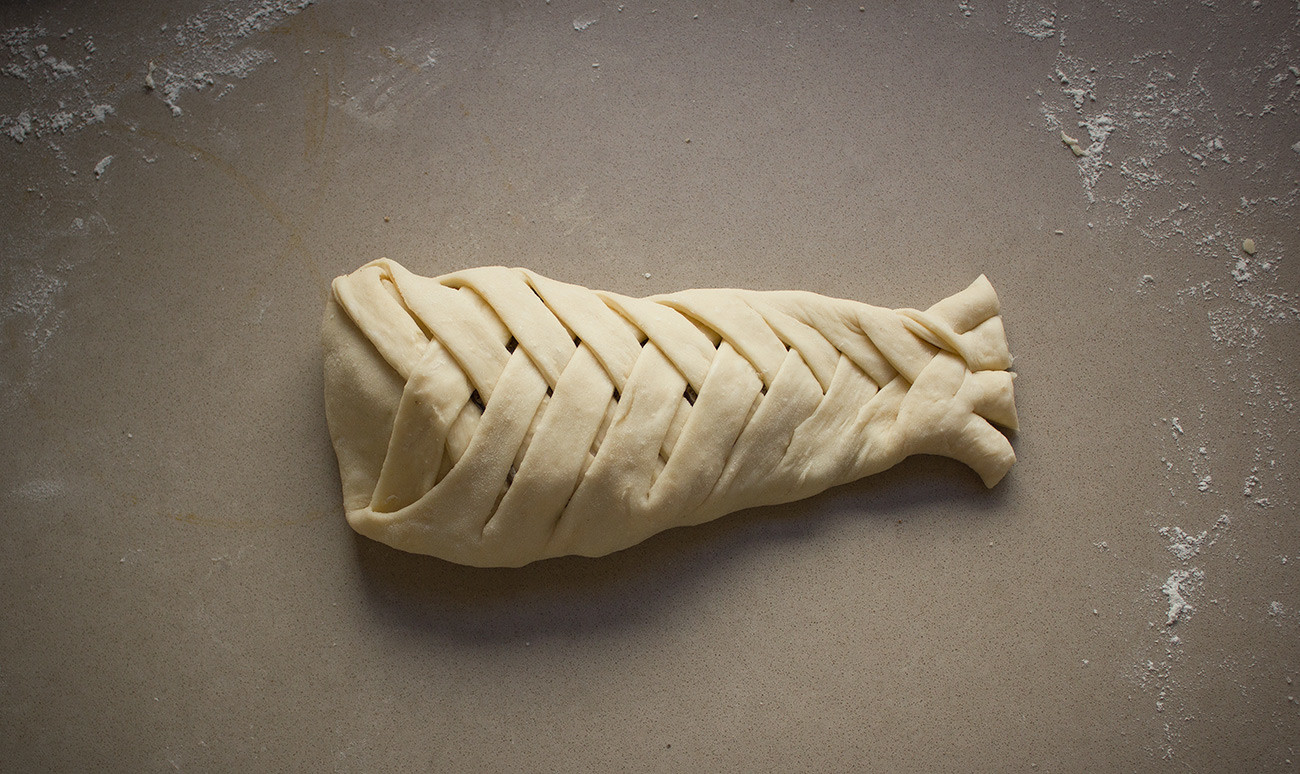 13. Place your rybnik on the sheet tray and brush with egg wash. Sprinkle it with sesame seeds, and bake in the oven for 30-35 minutes until golden brown. 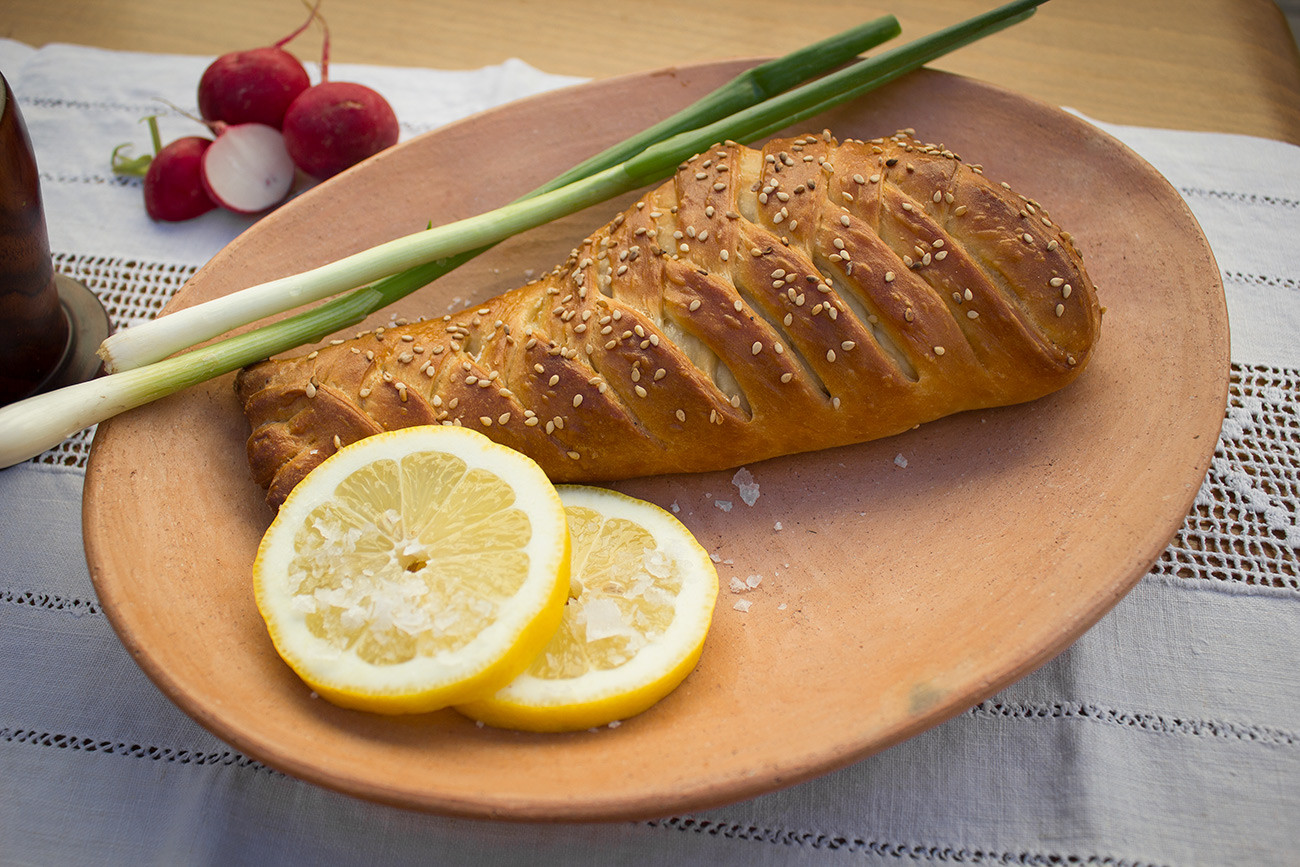 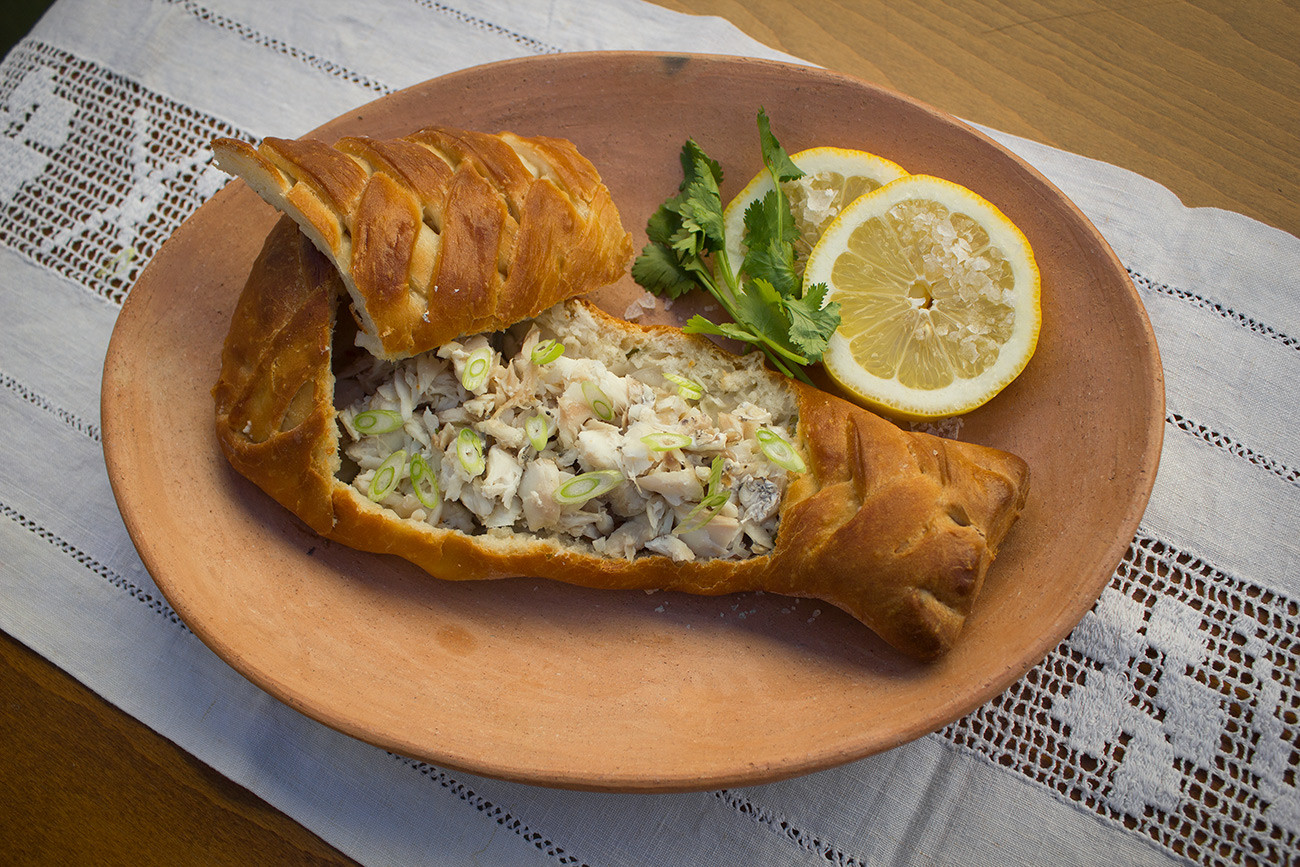