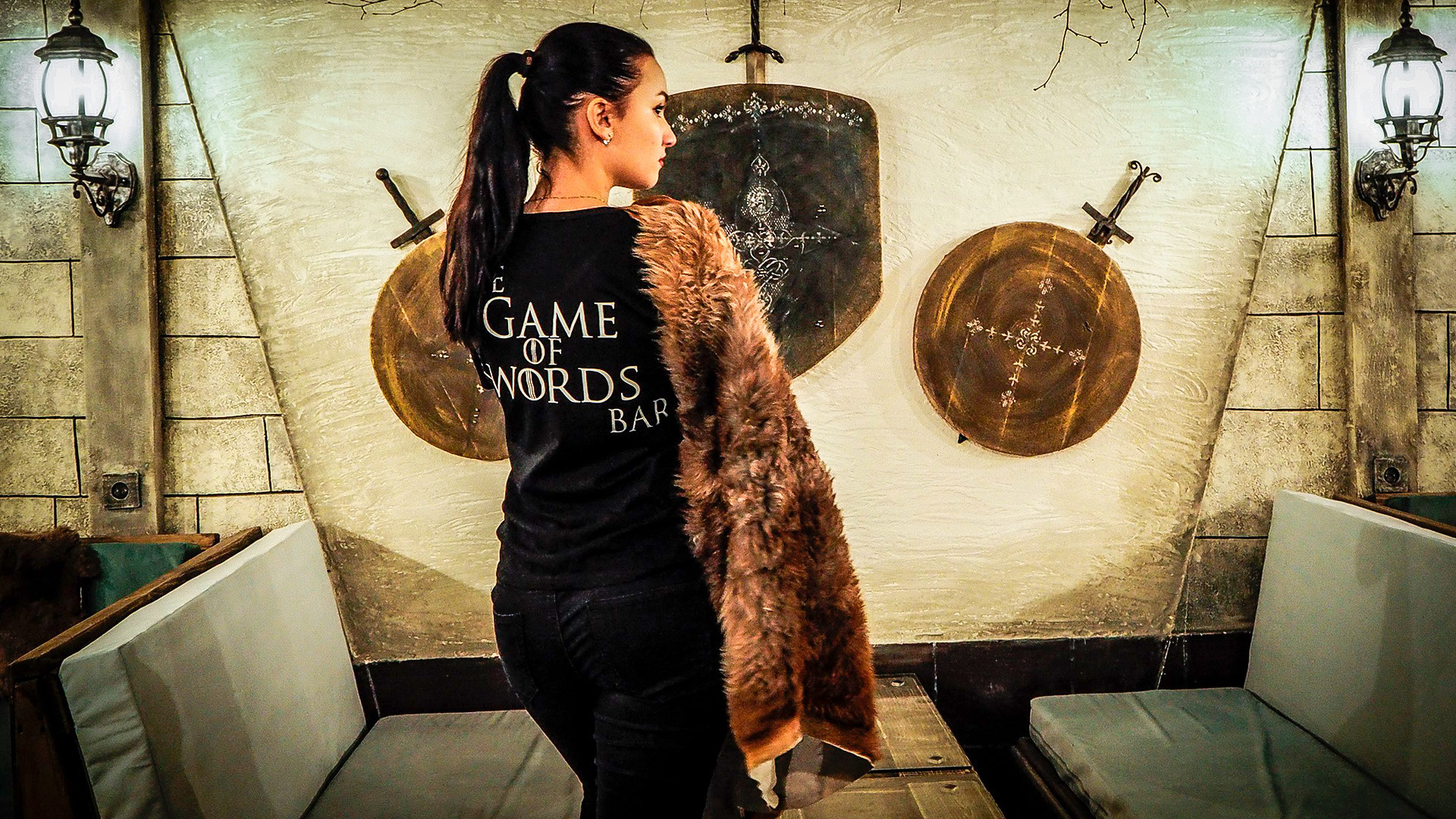 The Game of Swords Bar
We’re not sure if they have official licenses, but they do have a solid fan base. 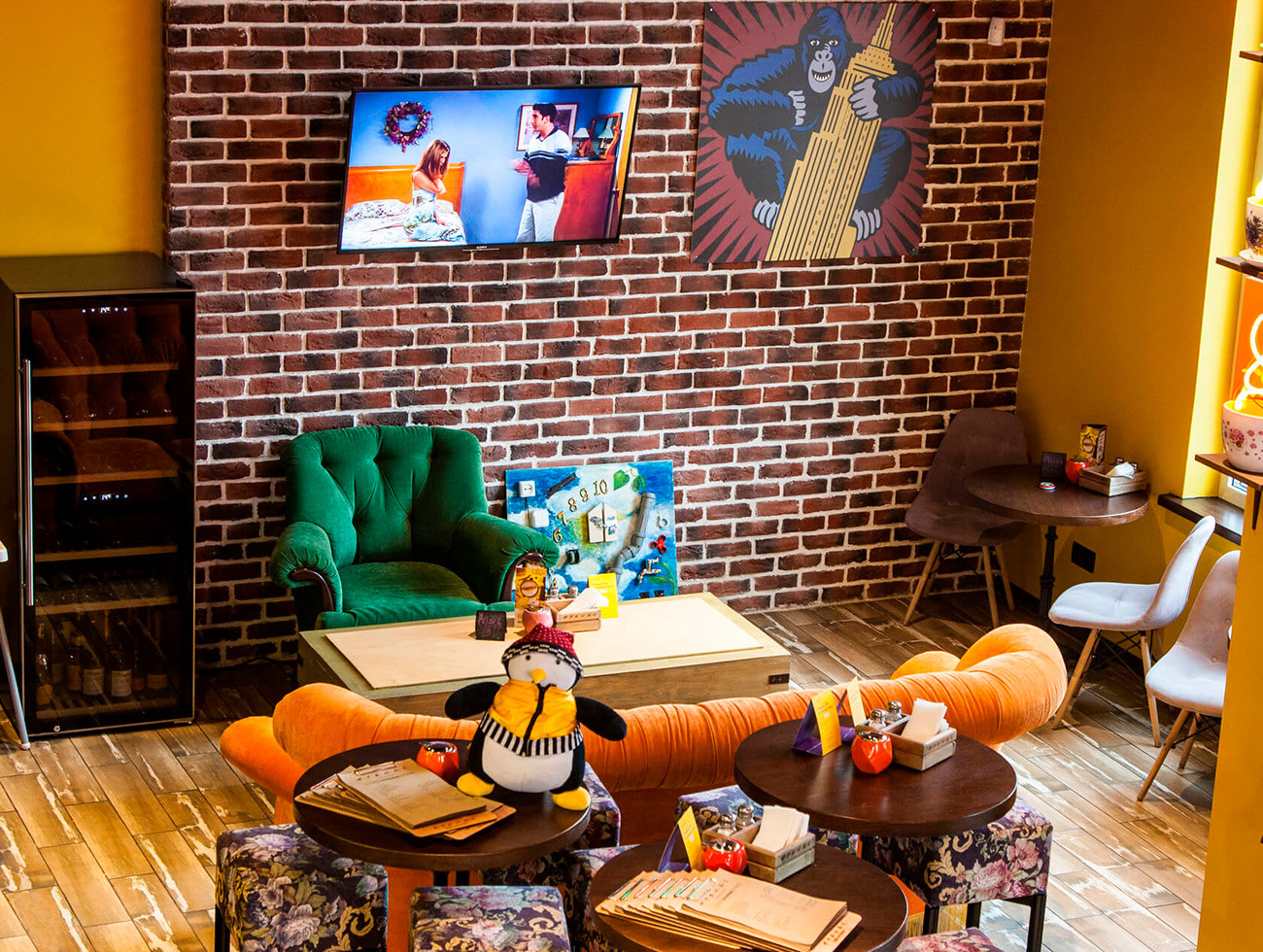 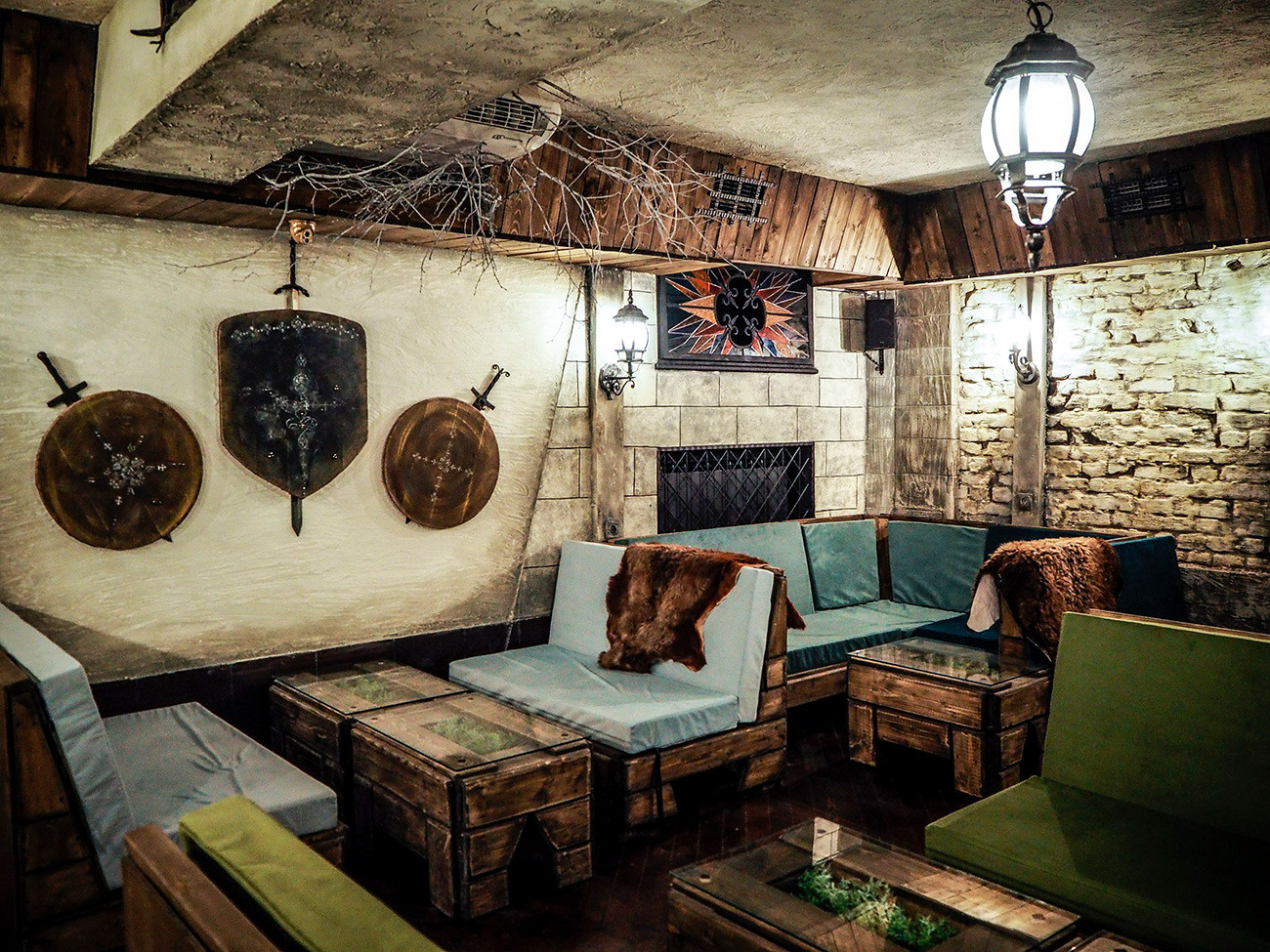 The Game of Swords Bar

2. Before the start of Game of Thrones season 7, a bar-museum opened in St. Petersburg called Game of Swords, based on the hit series and featuring an Iron Throne, Hall of Faces, and Weirwood. The cocktail menu offers whisky-based Dracarys, Winter Is Coming with lemon and gin, and a Beyond the Wall shot made from juice, lime, gin, and syrup. 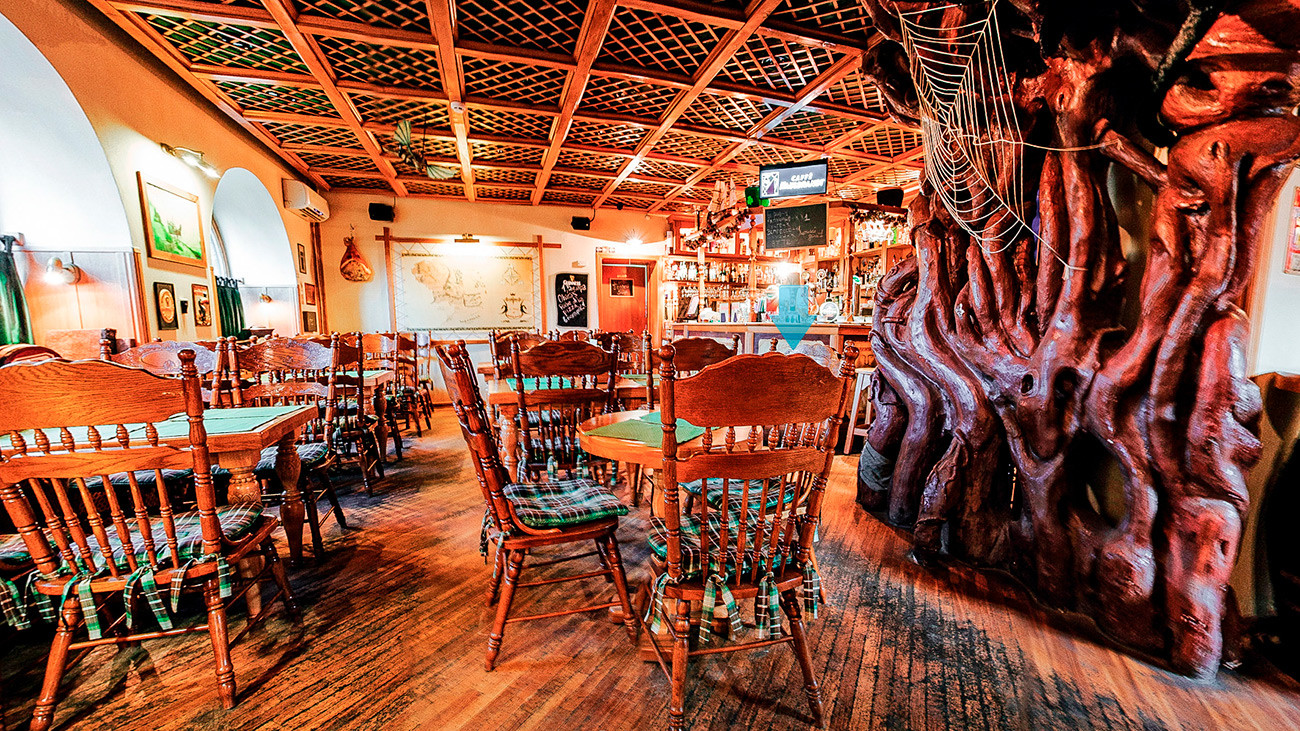 3. Located in a sleepy part of ​​Voronezh is At Bilbo’s cafe, founded in 2005 by local restaurateur and Lord of the Rings fan Dmitry Lukinov. A Gandalf cloak, Middle-earth map, and the faces of Frodo, Aragorn, and Bilbo adorn the walls. The menu is like that of any standard café, only the drinks are unusual: One Ring juice, Galadriel banana-pineapple cocktail, and the Drink of Northern Rohan (a carrot-tomato-celery fresh smoothie).

Where: 46a Lizyukova Str., Voronezh 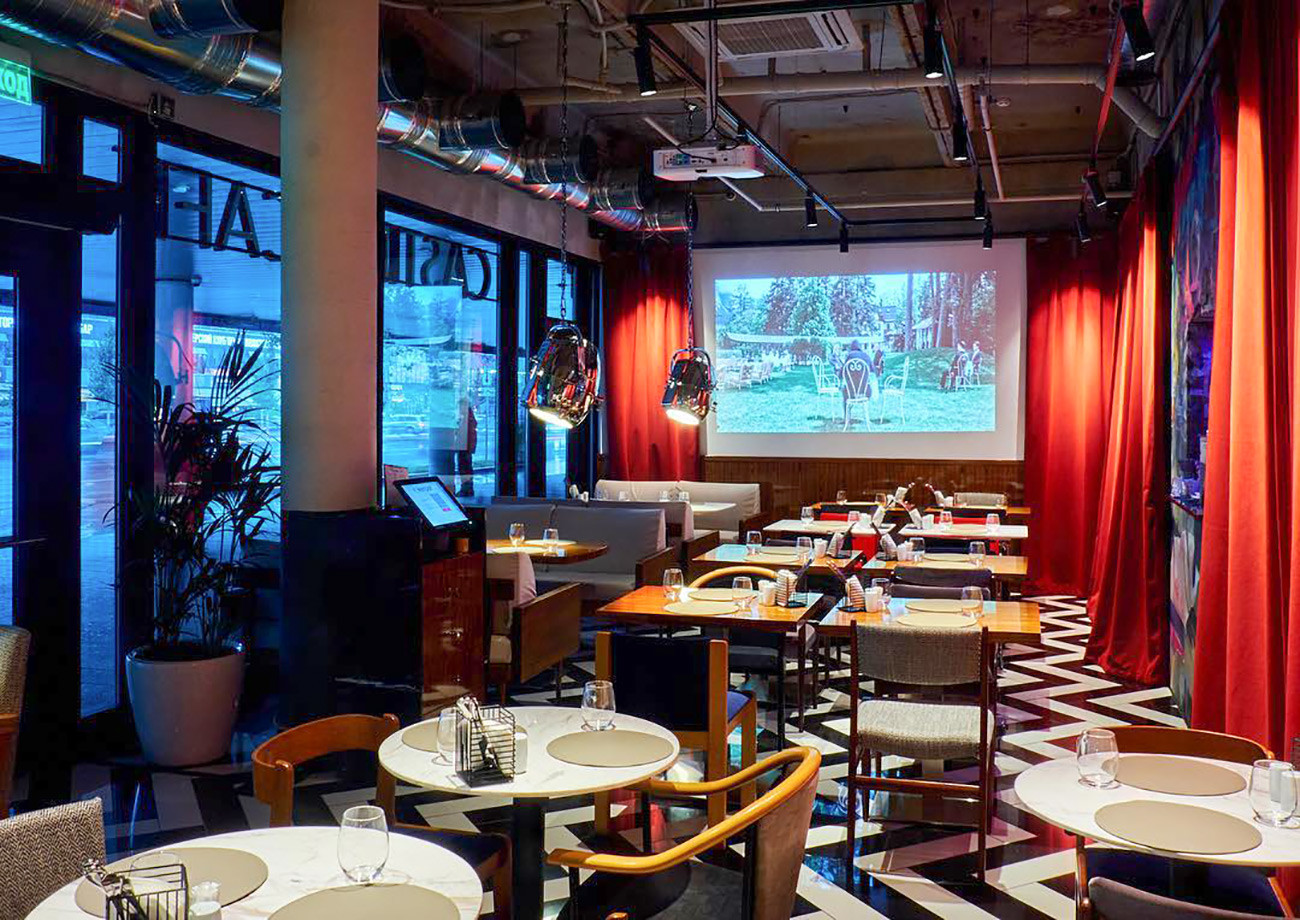 4. In 2018, the Twin Peaks-themed Casting Cafe opened its doors at the October movie theater in Moscow. The red velvet curtains, black-and-white tiles, and theatrical lighting recall the interiors of the famous series. The restaurant also has a projector showing new and classic movies. The kitchen is open-plan, and the wine list is divided into three genres: comedy, thriller, drama. 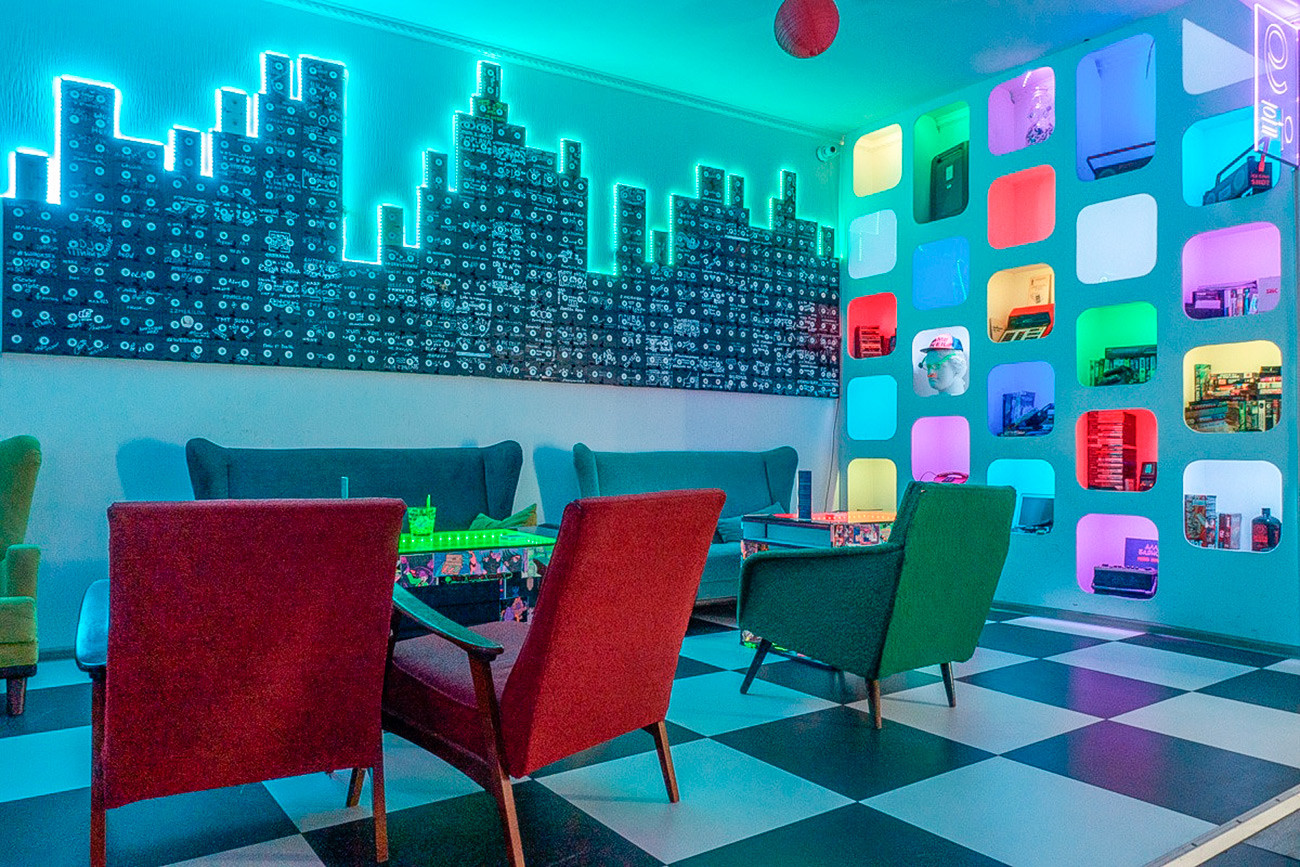 5. The Diskette lounge bar in the style of cyberpunk movie Blade Runner with a distinctly 1980s atmosphere opened in St Petersburg in summer 2018. The bar counter is made of old-style TV sets and the menus come on floppy disks, plus there’s vintage furniture and an art installation from 249 video tapes. You can admire more old-school technology in the mini-museum, play vintage video games, indulge on aesthetic 80s videos, or take a VR-assisted time trip. Themed music parties take place every Friday and Saturday. 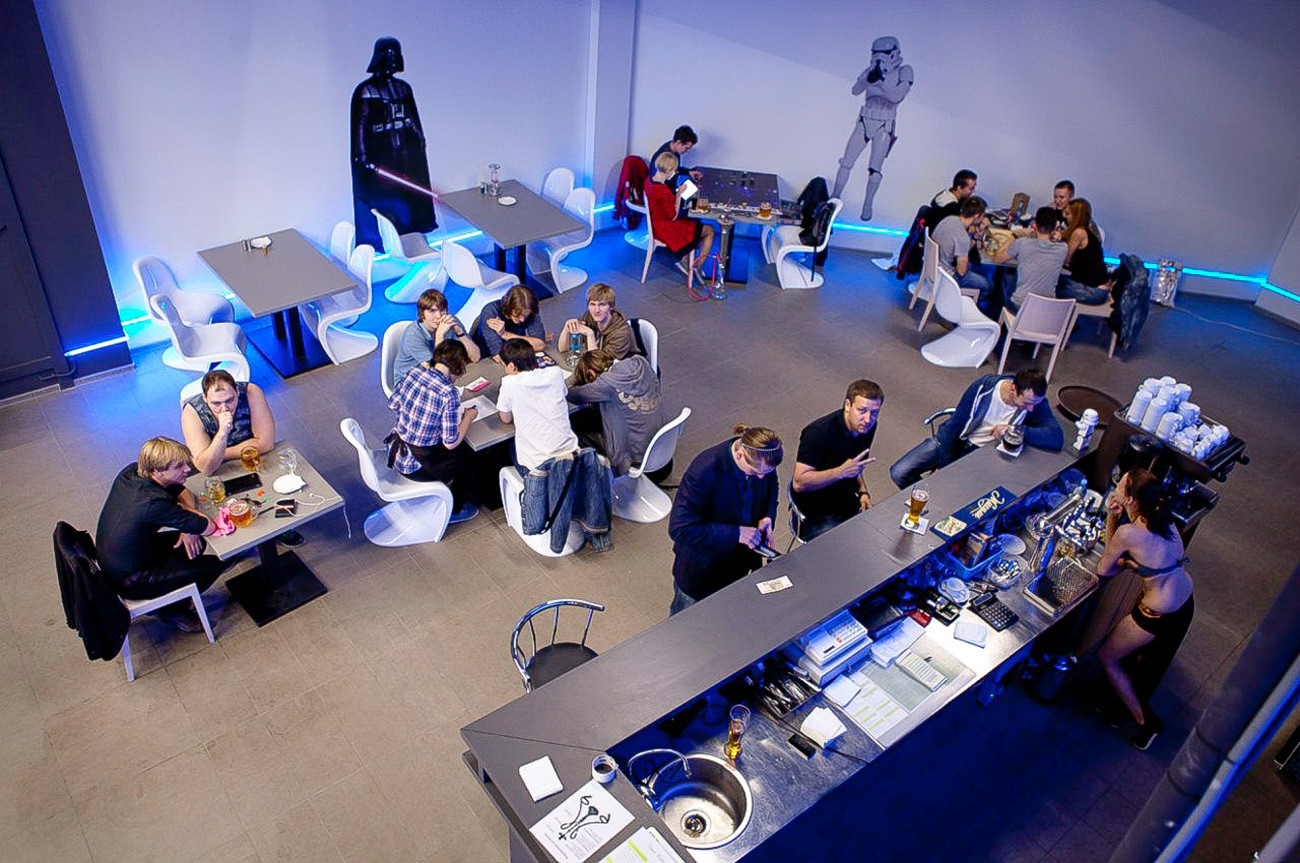 6. Papa Vader is perhaps the only cosplay cafe in Moscow devoted to Star Wars. It holds lightsaber duels and cosplay photo sessions, and sometimes makes way for other cinematic universes by arranging themed parties based on The Avengers and The Witcher.