Online confession and prayer: no religion and no strings attached 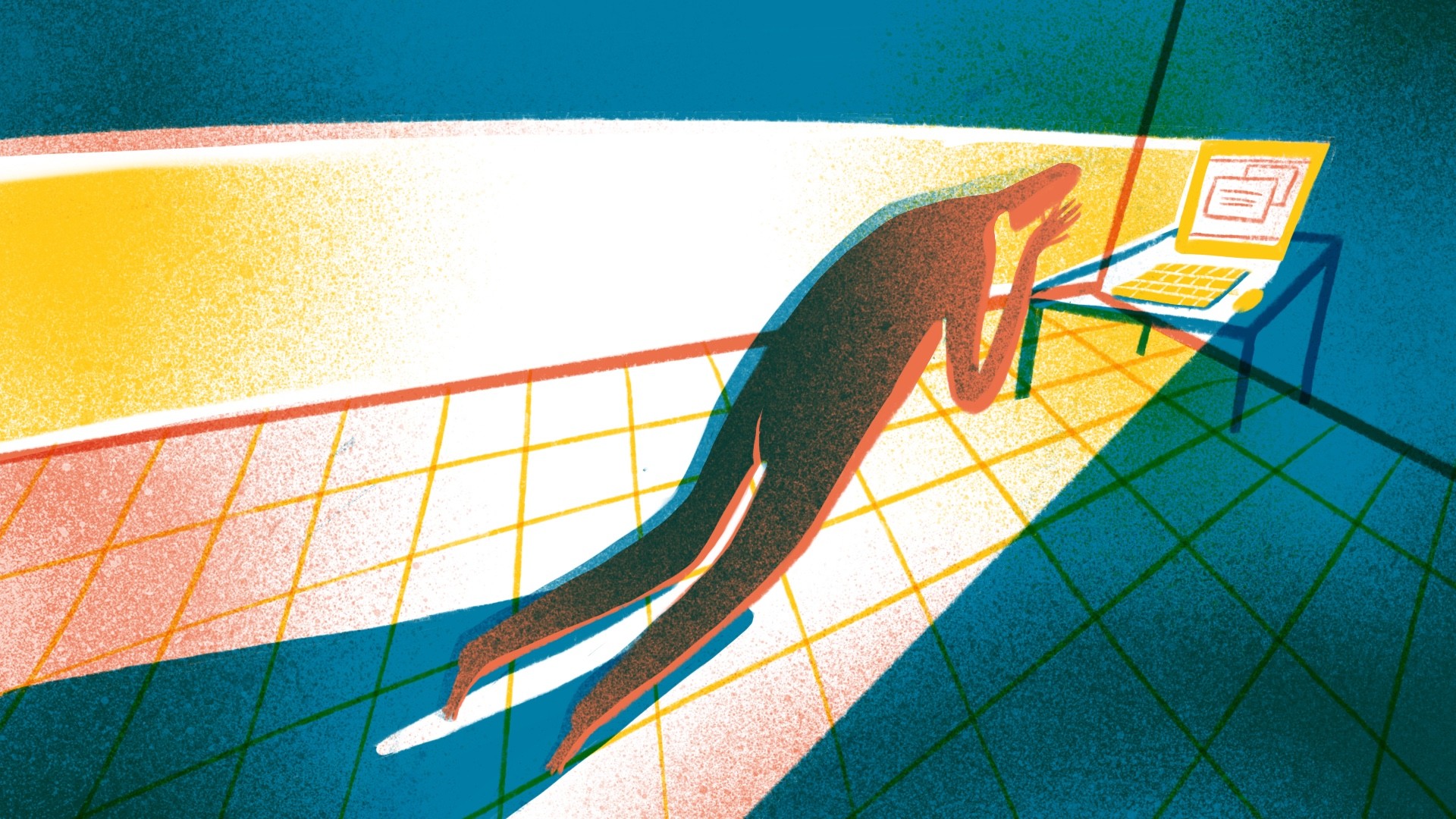 Varvara Grankova
With the help of social media and special websites, you can pray and repent your sins without getting off your sofa. But do these internet prayers and online penance bear any relation to the true values of the Orthodox Church? A Russia Beyond correspondent investigated.

Yevgeniya, a 25-year-old unemployed nurse with gypsy-like looks and living in Sergiyev Posad, has fallen in love.

“I have a new friend and I find it easy to talk to him about all sorts of things. It’s as if we were soulmates and he really means a lot to me,” boasts the girl. Everything would be fine were it not for the fact that she’s already engaged and a wedding is planned. Now she is having doubts about whether she's marrying the right person. And can the fact that she's in love with another man be regarded as infidelity?

This provincial love triangle could be a suitable topic for discussion with a female friend in the privacy of Yevgeniya’s own kitchen, but she has instead revealed her dilemma to 84,000 members of the Batushka Online (“Online priest”) community - a site on which Russians publicly ask priests questions without having to leave the confines of social media.

Internet streaming and confessions - the path to church

Yevgeniya thinks that attending church is too much of a hassle. On the internet you don’t need to wear a headscarf, wait in queues or even have to be baptized. And the main rule of confession - secrecy - can be discarded.

That’s where Priest Online comes in. Set up in 2011 by Nadezhda Zemskova, a graduate of Ulyanovsk State Technical University, the VKontakte and Instagram community evolved from an Orthodox Church Youth Club that she established at the university just a year earlier.

“Not everyone can approach a priest in church, and priests do not always have the time to talk to everyone personally. It is easier to interact online… Our community is a step on the path to the church and to God,” is how Zemskova describes the venture.

More than 100 Russian Orthodox Church priests and senior clergy volunteer, and they mainly respond to questions in writing, but frequently stream broadcasts that attract tens of thousands of views. 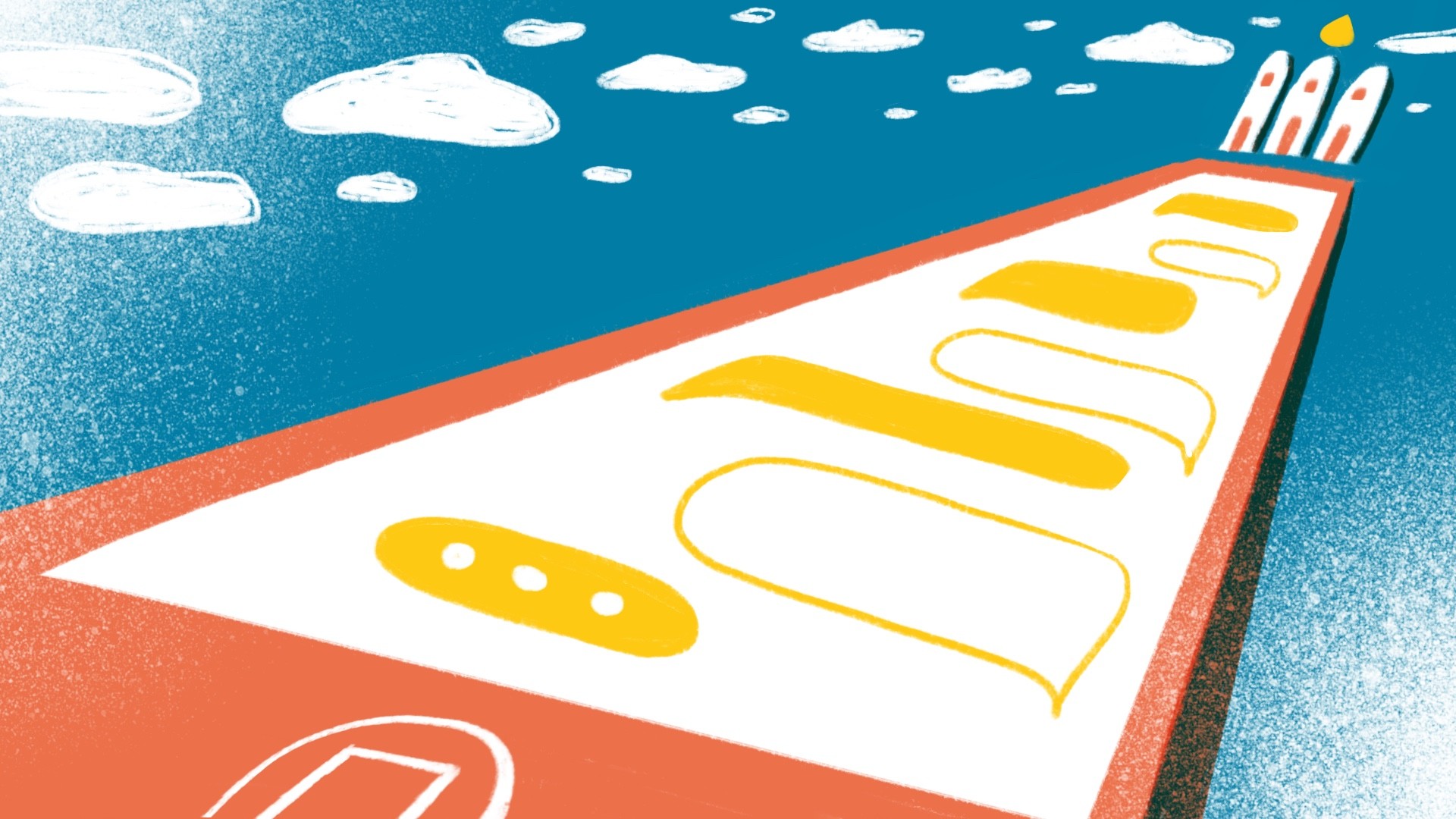 Infidelities, arguments with parents, non-traditional sexual orientation and indebtedness - these are the usual topics discussed by the community. But the site does not encourage people to make online confessions or reveal their personal problems on the internet, according to Abbot Luka, who is in charge of Priest Online’s broadcasts. If someone is unable to visit church, they can contact a priest privately without going public.

“The purpose of Priest Online is to allow people to mention something about themselves and their problems, and then to switch to private communication and come to church,” Luka says.

Yevgeniya’s romantic tribulations did not turn out to be particularly private. Within 24 hours she had a public response from a priest who said that her feelings for her friend were just a trial from God. The girl did not say whether the reply was of any help, but she claims that in any event it provided some relief.

For anyone desiring the same relief, while keeping everything anonymous, there's the website, molites.ru, which was launched 15 years ago by unknown developers.

“Lord, forgive me for the filthy sites and the explicit photographs”; “Please Lord, I am perishing, drag me out of this swamp of self-pleasure”; “Lord, forgive me for having exchanged chats on indecent subjects” are some of the most popular types of confessions on the site. They are occasionally interspersed with talk of abortions, arguments with a girlfriend, the drowning of kittens or a prayer for help for a son to pass his computer programming exam. 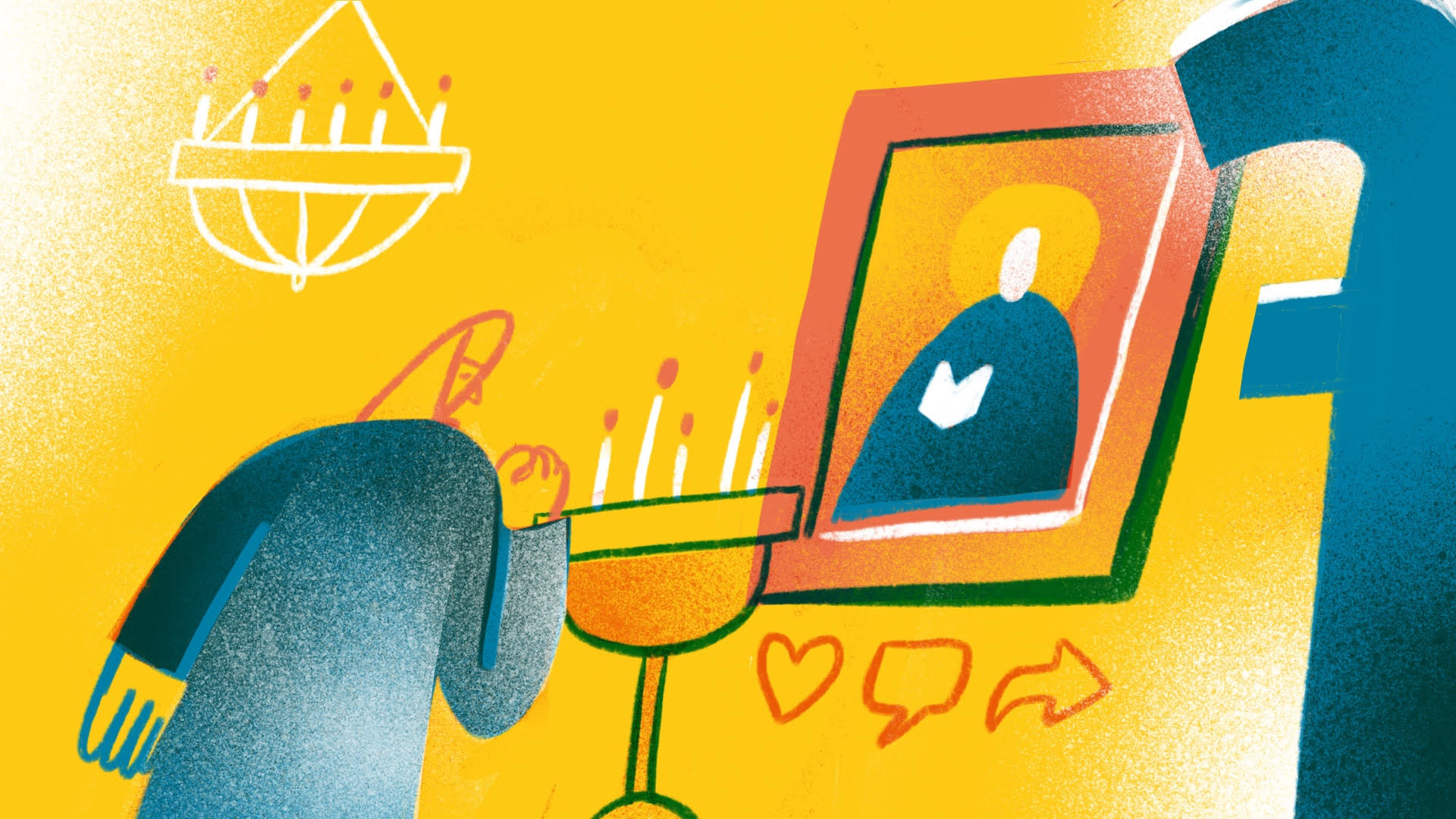 The site has provision for comments - any visitor to the virtual church can discuss particular sins. But more often than not the confessions remain unanswered: at the most, a particularly sympathetic visitor will add an “Amen”.

Anyone who wants not just to confess but also to have their sins absolved can turn to the tongue-in-cheek site,  E-Priest, which was set up in 2014 by programmer Denis Nebesny. The confessions are not published, and they are seen only by the site programmers and by God. The important thing to remember when confessing is not to forget to tick the box marked “Be imbued with piety”.

The developers of both portals did not answer queries from Russia Beyond.

No substitute for confession

People who make confessions on the internet most often find it difficult to cope with the disapproval or negative reactions of others, according to psychologist Inna Makarenko.

“No one knows you and no one can see you, and this gives a heightened sense of emotional security. You can lay yourself bare to all and sundry about everything troubling you, even talking about subjects that you normally regard as shameful or improper,” she says, adding that a person doesn’t even have to believe in the concept of sin at all. In that case, he won’t be following tradition, but will simply be picking a path that he finds convenient. 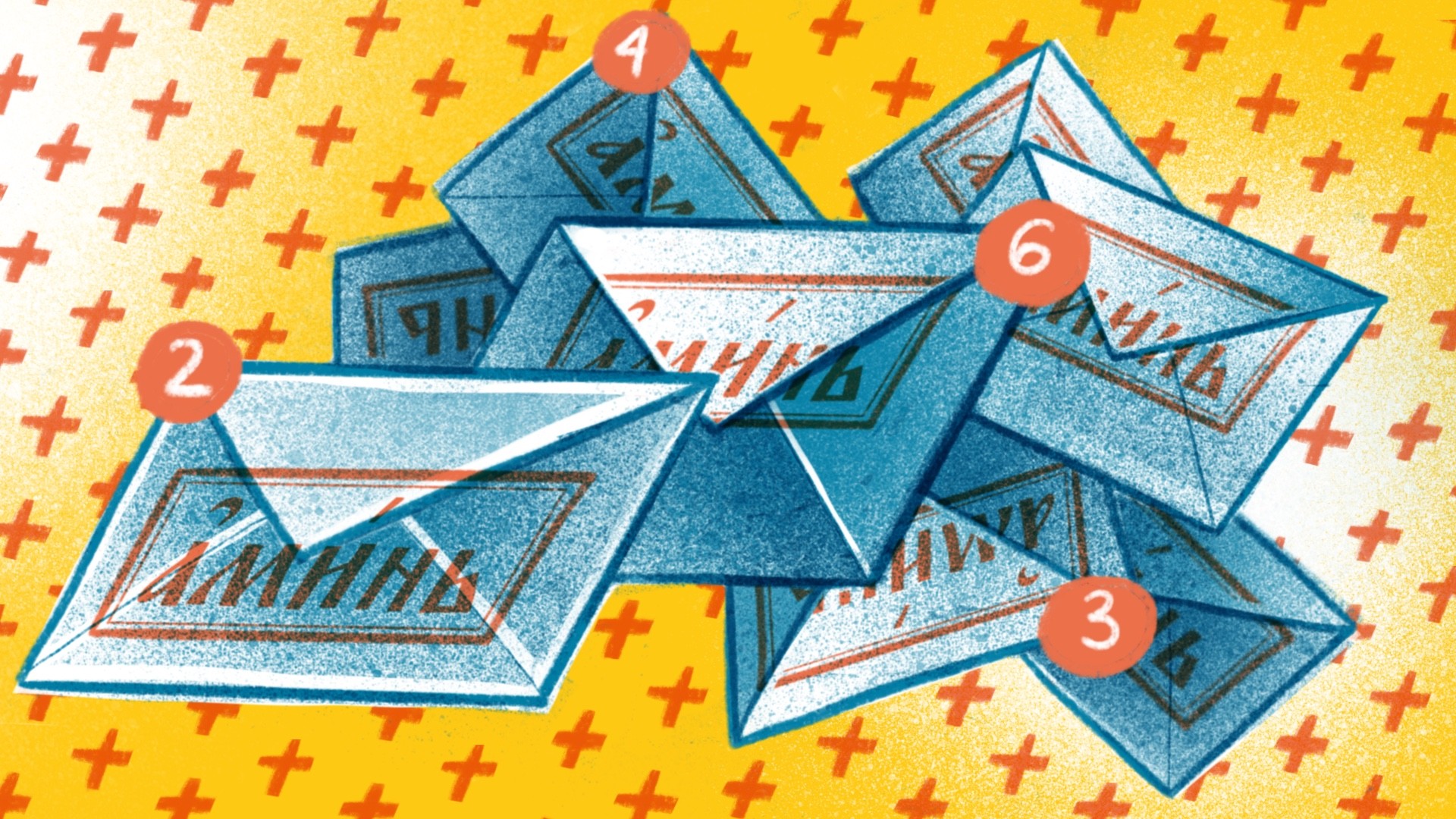 There is nothing objectionable about platforms for contacting members of the clergy of the Priest Online type, said Father Alexander Volkov, press secretary to Patriarch Kirill of Moscow and All Russia. It is a good alternative for those seeking the right path, but who for one reason or another cannot come to church. Still, internet discussions or posts cannot be a substitute for confession.

“Suggesting that it is a substitute for confession, and not just a reply to a question, is to misrepresent the essential meaning of this sort of activity. Confession is above all an encounter involving a repentant sinner declaring his repentance to God with the direct participation of a priest,” Volkov says.

He says that the internet cannot replace the things that the church can offer people.

Repost it and God will hear you

“The most important thing is that God should be in your heart, even on social media,” is what Irina, a 57-year-old divorced secretary, decided, and so she joined the Icons. Wisdom. Happiness community on the vk.com social network.

Now, her entire page consists of images of icons with rhinestones and beads, and prayers - some genuine and others invented in response to “topical issues”.

“All icons help your well-being, and you can pray anywhere,” is how Irina commented on the content of her page, and asked not to be approached again.

The group of “converts to the faith” numbers around 150,000 members. The majority of these, when asked, asserted that reposting prayers at the very least gave them strength and self-confidence, and was a perfectly good substitute for going to church in the normal way. One of the subscribers, a pensioner from Stary Oskol by the name of Lyubov Martynova, knows nothing about praying, but could not ignore a prayer titled “For the salvation of Russia”. 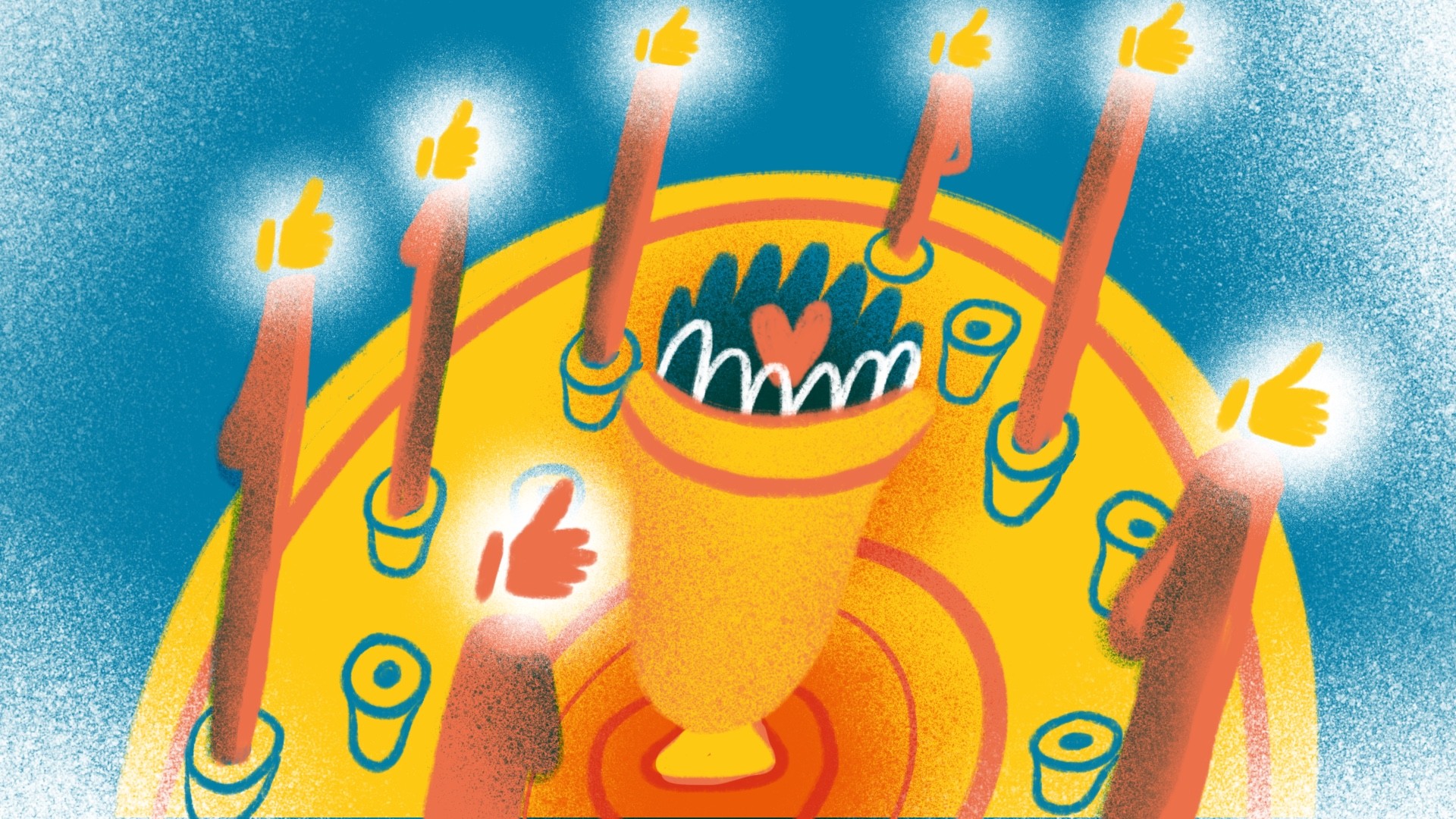 “I liked the prayer and copied it. Let it stay there, it won’t do any harm, particularly since Russia today stands alone against everyone. The wretched curs are snapping at us,” she says.

Russia Beyond was told by the community’s administrative department that they only handled advertising queries, and they turned down a request to provide contact details for the founders of the community.

While some people repost prayers, others make money off them. The Russian Orthodox Church recently barred a priest, Vladimir Golovin, from church ministry because he had been collecting offerings via the internet for communal prayers, Volkov said.

“People are unfortunately very credulous, and they often think that a click or the sharing of a post can be beneficial for their souls. Others, however, take advantage of such credulity to their detriment,“ Volkov concluded. 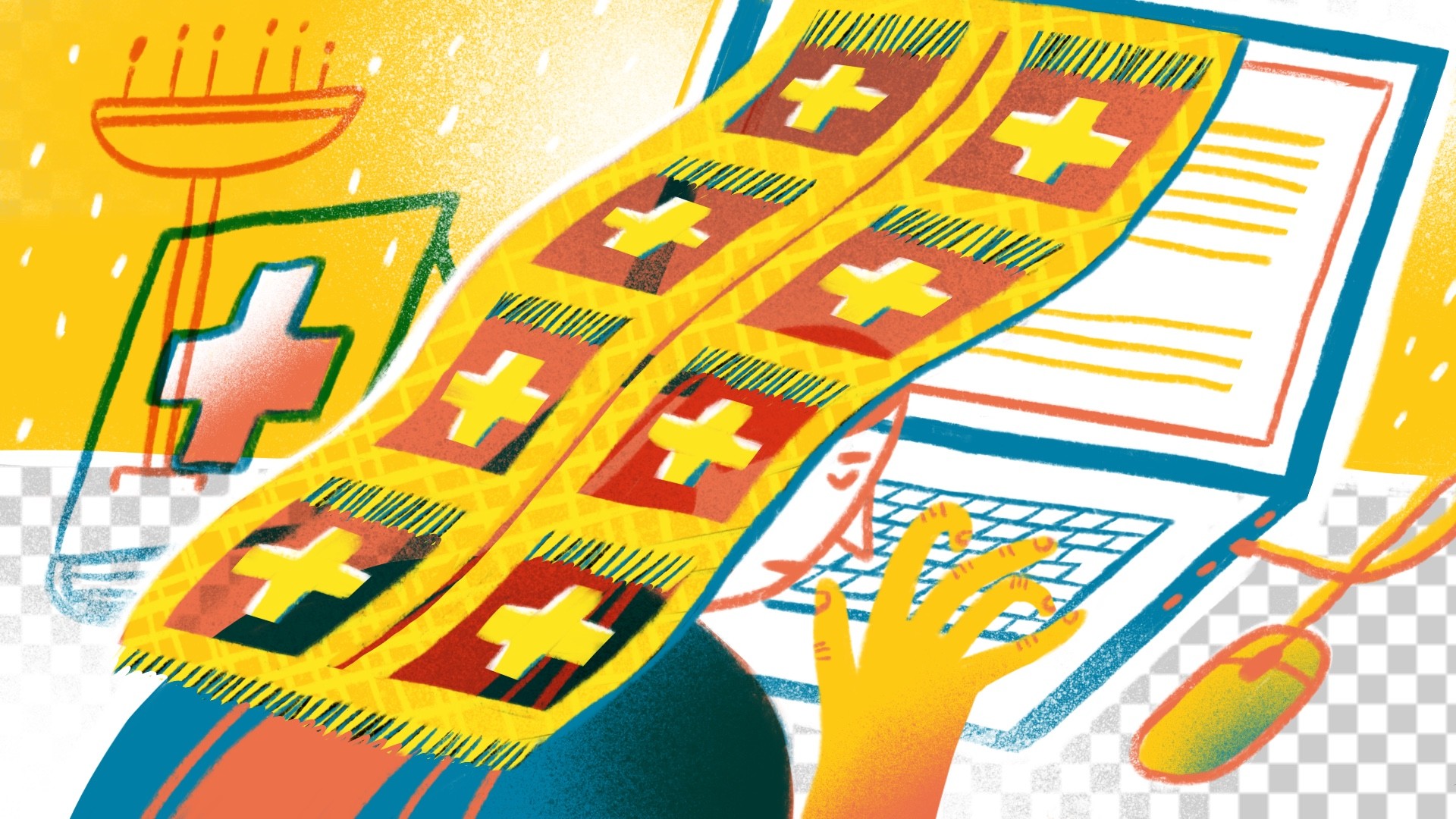 Overall, the Russian internet is gradually being flooded with similar superstitions that are far from the Orthodox Church, said Abbot Luka.

“All this contributes to the tragedy of the superstitions that our modern world is full of. People are susceptible to all kinds of heresy. These are not the sins that people confess to, but they are the ones they display most often,” he concludes.