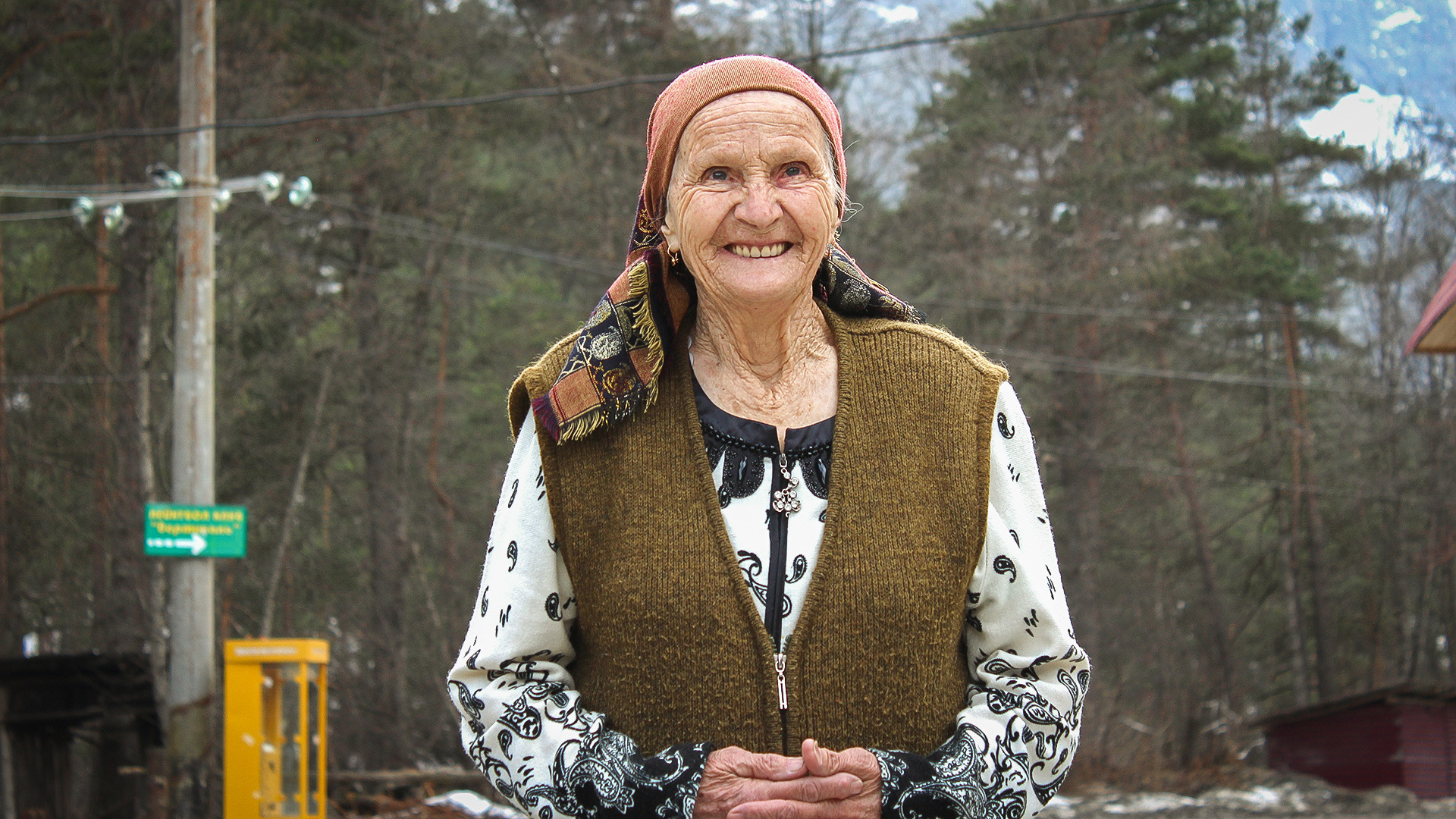 Nikolay Shevchenko
Her work helps the woman to reconcile with old age and oppressive memories.

There is not a soul to be seen as Ekaterina Dzalaeva slowly ascends the steep serpentine road on her way to deliver mail to remote mountainous areas of North Ossetia. Suddenly, a wolf appears on the horizon. She scrambles up an electric pole, for she knows that cars here are few and far between. It’s all in a day’s work.

Having worked at the post office for half a century, 83-year-old Ekaterina continues to deliver mail around villages tens of kilometers from her home. This has brought fame in the autumn years of her life, one full of personal tragedies.

Dzalaeva joined the post office by accident, having been unable to finish school in Ingushetia, where she was studying in ninth grade, after being called back to her native North Ossetia to help with the household.

“There was no one to cut the hay, and winter was approaching. I went home and missed the start of the next school year. I tried to do tenth grade at another school, but wasn’t accepted anywhere,” she recalls.

When the geological exploration parties for which she worked as a temporary laborer left North Ossetia, Ekaterina asked a friend for help finding a job. She landed one at the post office. 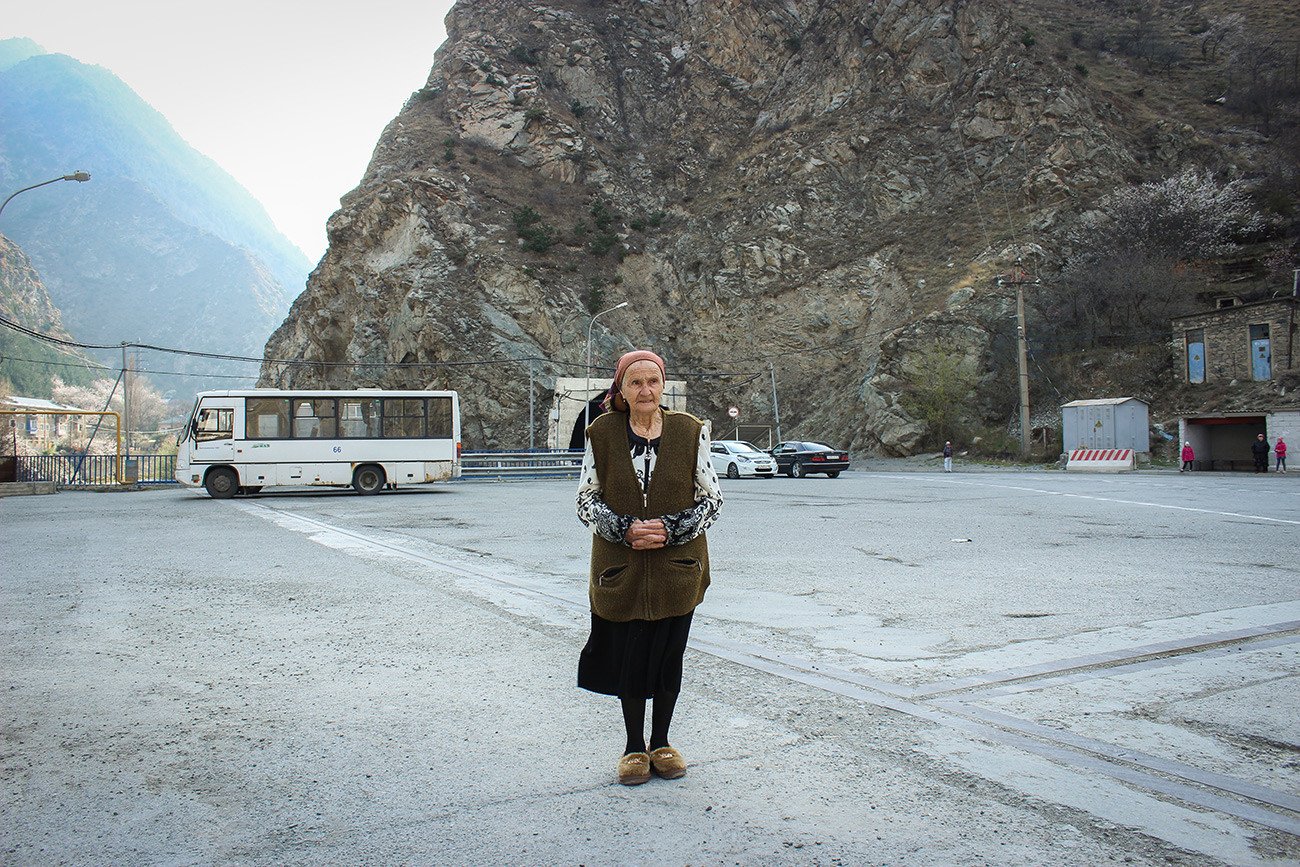 “When I was little, everyone used to run after the old postman. His name was Dudar Basiev. I also ran after him, thinking he might have a letter from my brother that I could take to my parents,” Ekaterina reminisces. “Sometimes he had one, sometimes not.”

The last letter from her brother came in 1942, when she was seven years old, and the fascist troops were approaching Stalingrad. She will never forget the terse message: “We’re being taken somewhere by train, don’t know where. Don’t reply to this letter. I’ll write you myself when I get there.”

Her brother went missing in the Battle of Stalingrad, and Ekaterina received no more letters from him. When the 83-year-old remembers that last letter, her eyes well up with tears.

“He was in prison. We got to know each other through correspondence,” she says, her face reflecting sadness and regret for those lost years.

At the time of their acquaintance, she was 36 years old, four of which had been spent carrying mail every day to villages connected only by a single mountain road. 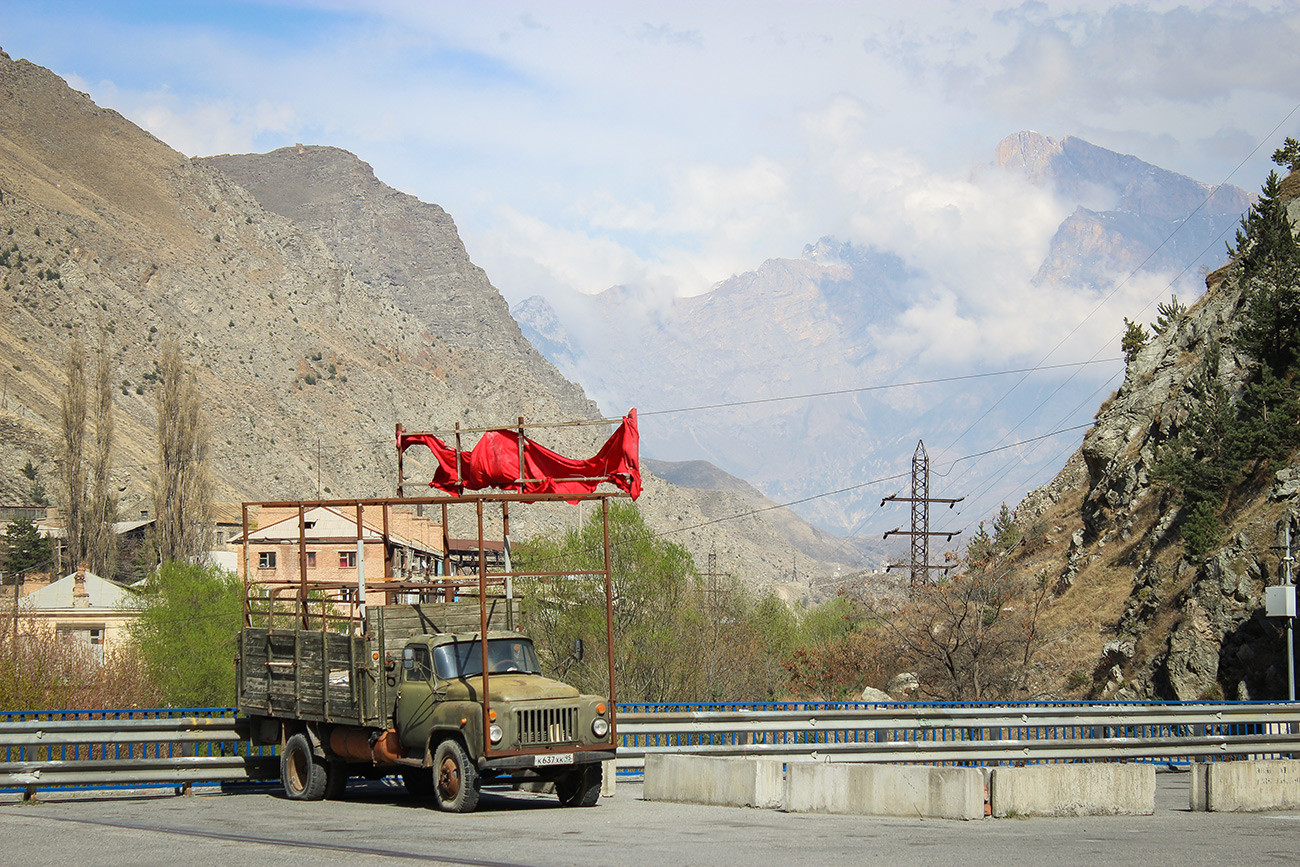 “He had the gift of the gab. He came to ask my relatives for my hand, and they said he was pure gold. He promised me the world. I thought I would have all this,” Ekaterina spreads her arms wide. “But it didn't work out.”

Boris served six years in jail for beating his ex-wife, and soon began to cheat on his new one.

“When I find out he was cheating, I told him if it was going to continue, he should leave me in peace.” So he left, leaving Ekaterina with a five-month-old baby.

Her daughter is the only thing for which Ekaterina is grateful to her husband. 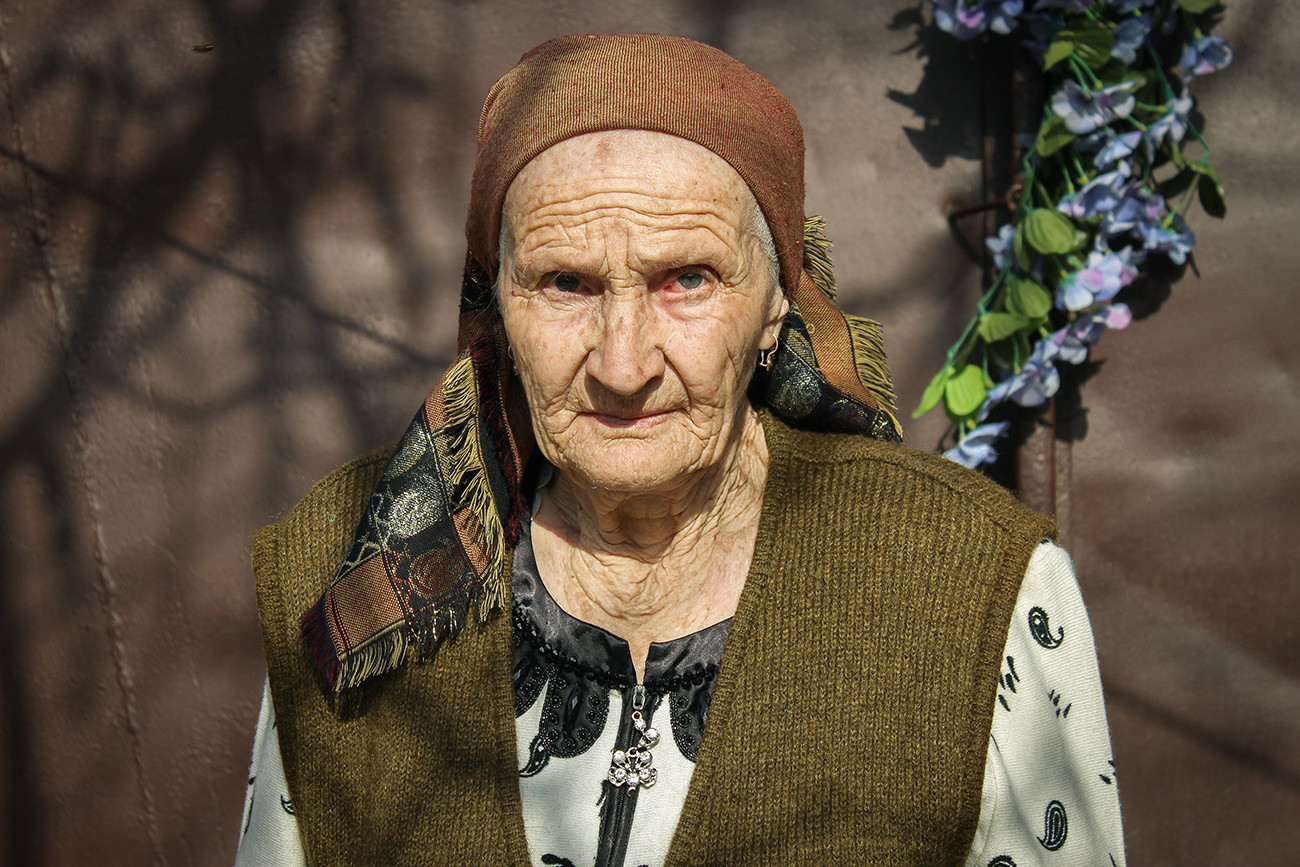 Dzalaeva never remarried, and the last letter she received from any male relative was in 1987, at the age of 51.

Ruslan Bugulov, Ekaterina’s great-nephew, was the last reminder of her other elder brother, who was killed in his native Ossetian village. When Ruslan turned 17, he was conscripted into the army and sent to Afghanistan.

“I was very good friends with the military commissar, but he couldn’t do anything to help,” says Ekaterina. While she was trying to get her young relative transferred, he was sent to Kabul with a group of Soviet soldiers.

“He had 29 days to go before demobilization, but didn’t come back from the last mission.” His body was returned to his native village in 1987.

In 1989, the Soviet Union withdrew its last troops from Afghanistan.

Fame caught up with the octogenarian postlady when a local TV station learned about this woman who had spent more than a half-century walking almost 40 km every day to deliver mail to mountain villages. Dzalaeva herself is surprised by the attention:

“When I sit at home, everything comes flooding back, and I find it difficult. It’s easier for me to be out and about talking to people.”

Everyone in the village knows and greets her, or stops for a chat. “No one else her age can work like she does,” local resident Raisa says about her fellow villager. Some stop to take photos with “Baba Katya,” as she is called. 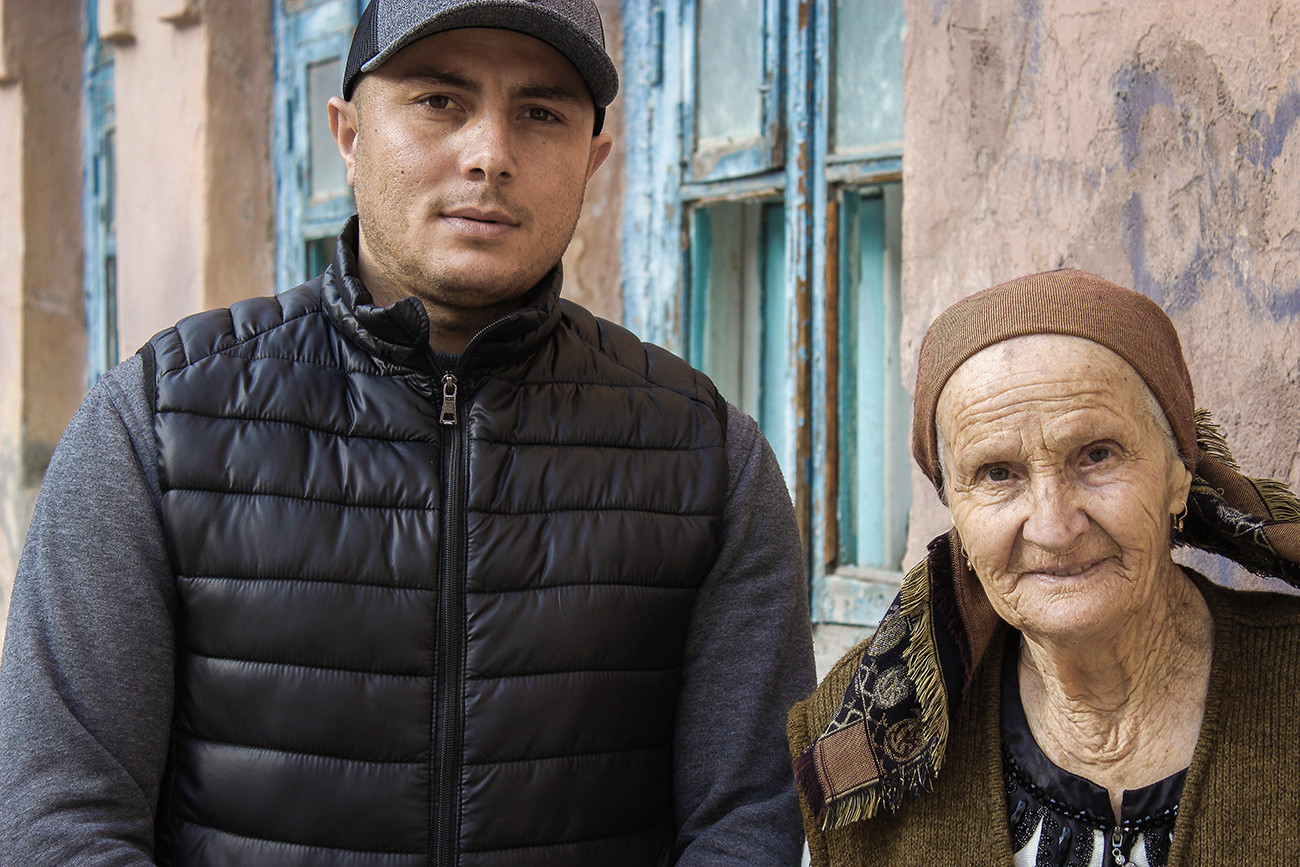 Almost everyone is happy to give the famous postwoman a ride if they see her walking along the road, but she often prefers to continue on foot, like in her youth.

Today, no one runs after Ekaterina in the hope of receiving a long-awaited letter. The mail consists almost entirely of bills, notices, and newspapers.

Is it worth risking life and limb to deliver bills to remote mountain areas inhabited by bears, wolves, and even the odd leopard? 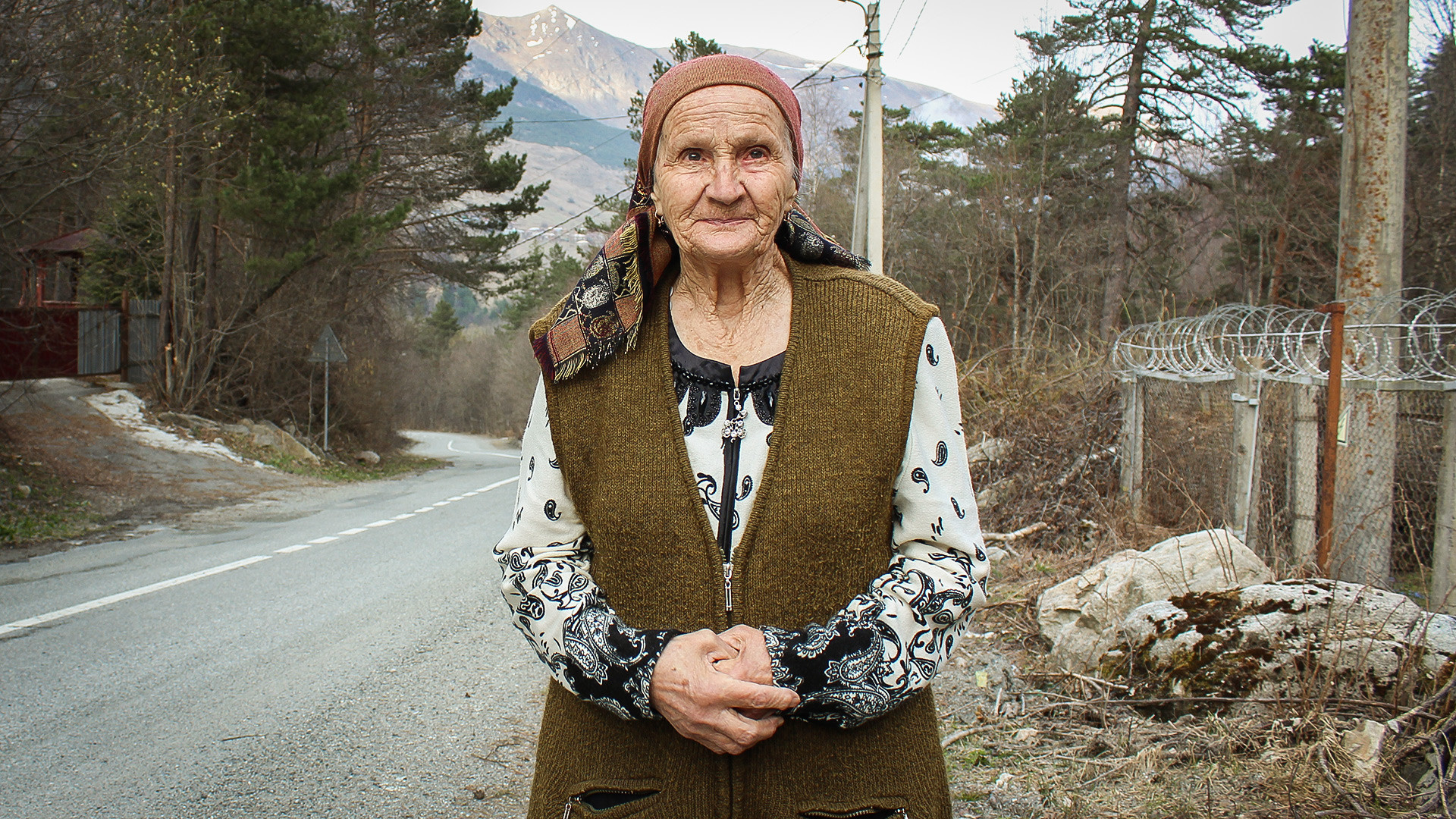 As for the most recent encounter with a wild animal that left her stranded up a pole, Ekaterina was rescued in the end by a passing car. But will there be anyone around to help out next time? She has her own fatalistic reply to that:

“I’m not afraid of anything. If I die, I’ll be with my brothers and parents. People say there’s something after life. I’m not so sure, but I’d like to hope so.”

Click here to read about a ‘granny spy’ who provided the Soviets with all British nuclear secrets.