Russian Kitchen
Russia Beyond
Oh no, they eat it! These food decorations won’t make you hungry.

Russian cuisine can sometimes be difficult to understand: jellied meat and fish, salads sinking in MAYO, soups with eggs and soda. But did you know that there are even more weird things than mixing the unmixable? Welcome to the dark world of Russian food decoration! 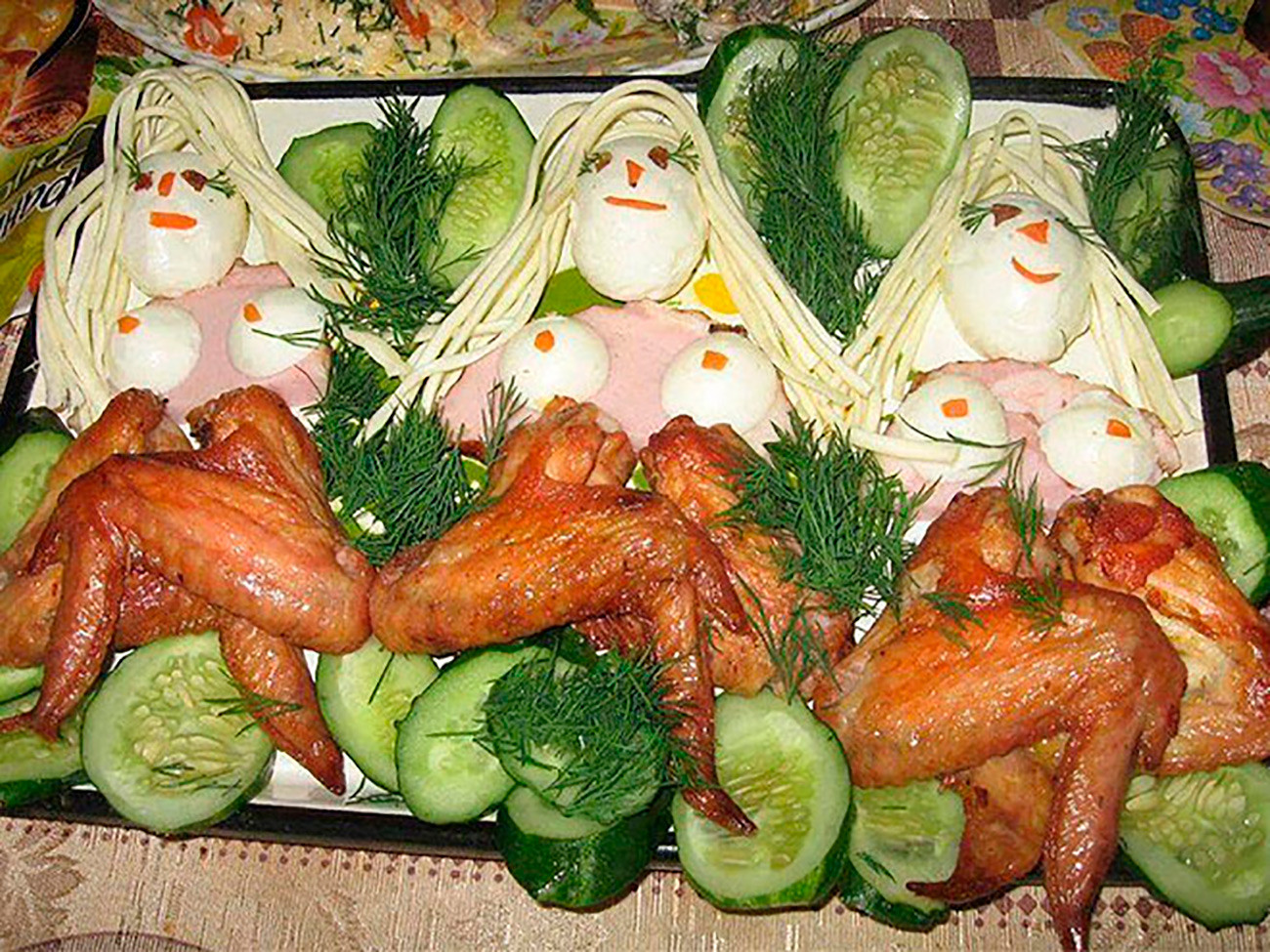 Seems like the ‘chef’ was inspired by cabaret while preparing this dish. At least, it would explain transforming fried wings into girls’ legs! And we guess their facial expressions are egg-cited! 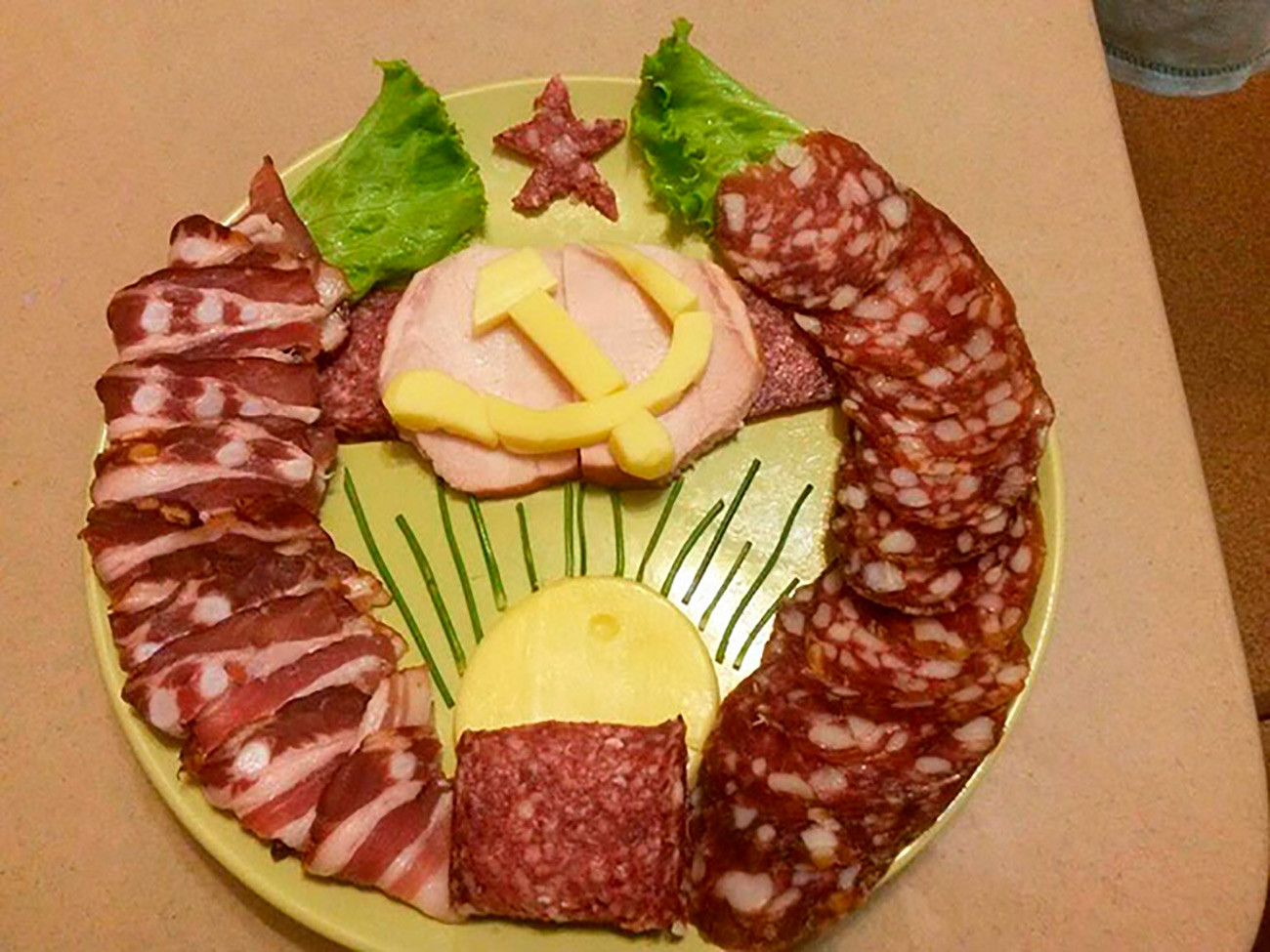 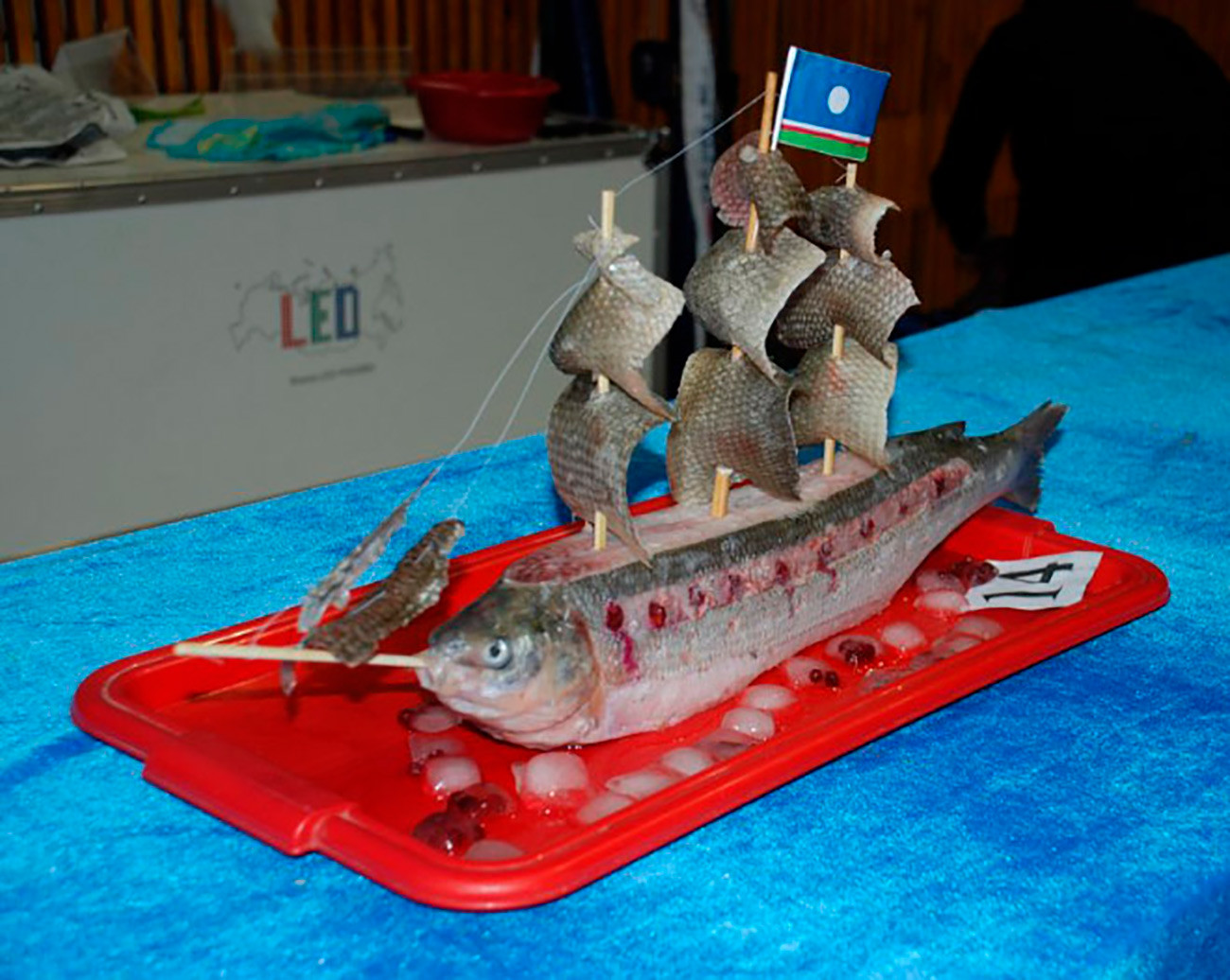 We don’t know how to eat this fish dish, but it still looks like it could swim away! 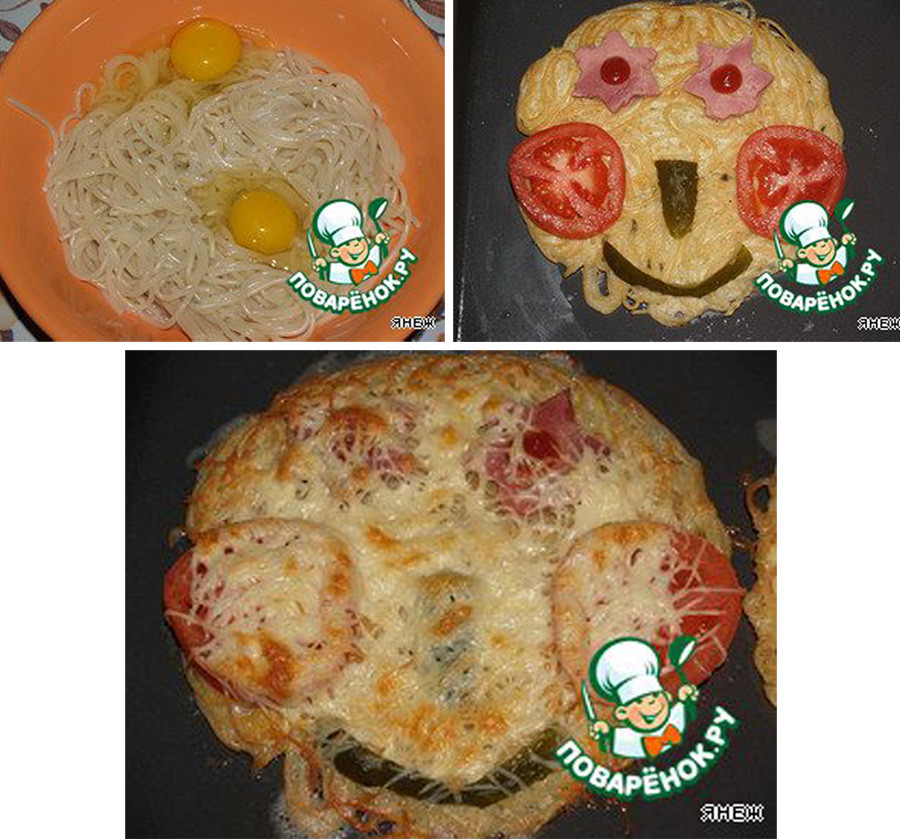 Can’t decide between the two Italian dishes? Eat them both! This recipe is called “Original pizza”: instead of the dough spaghetti was used here. And it’s decorated with pork ‘eyes’ and tomato ‘jowls’. Bon appetit!

This dish is exclusively for mushroom lovers! And they’re jellied AND marinated! The creator admitted he wanted “something new” and “recalled he had a jar for preserving cucumbers.” 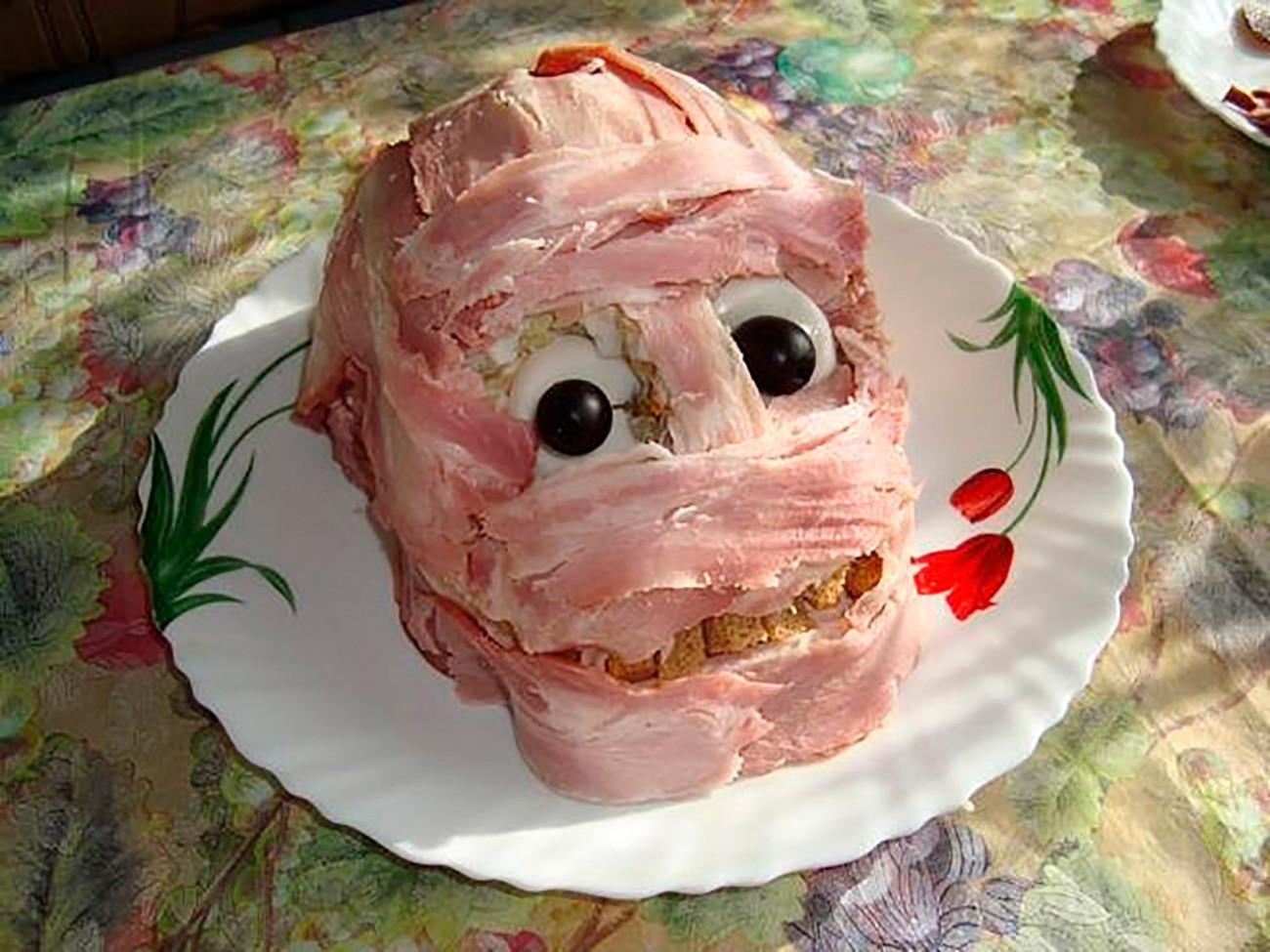 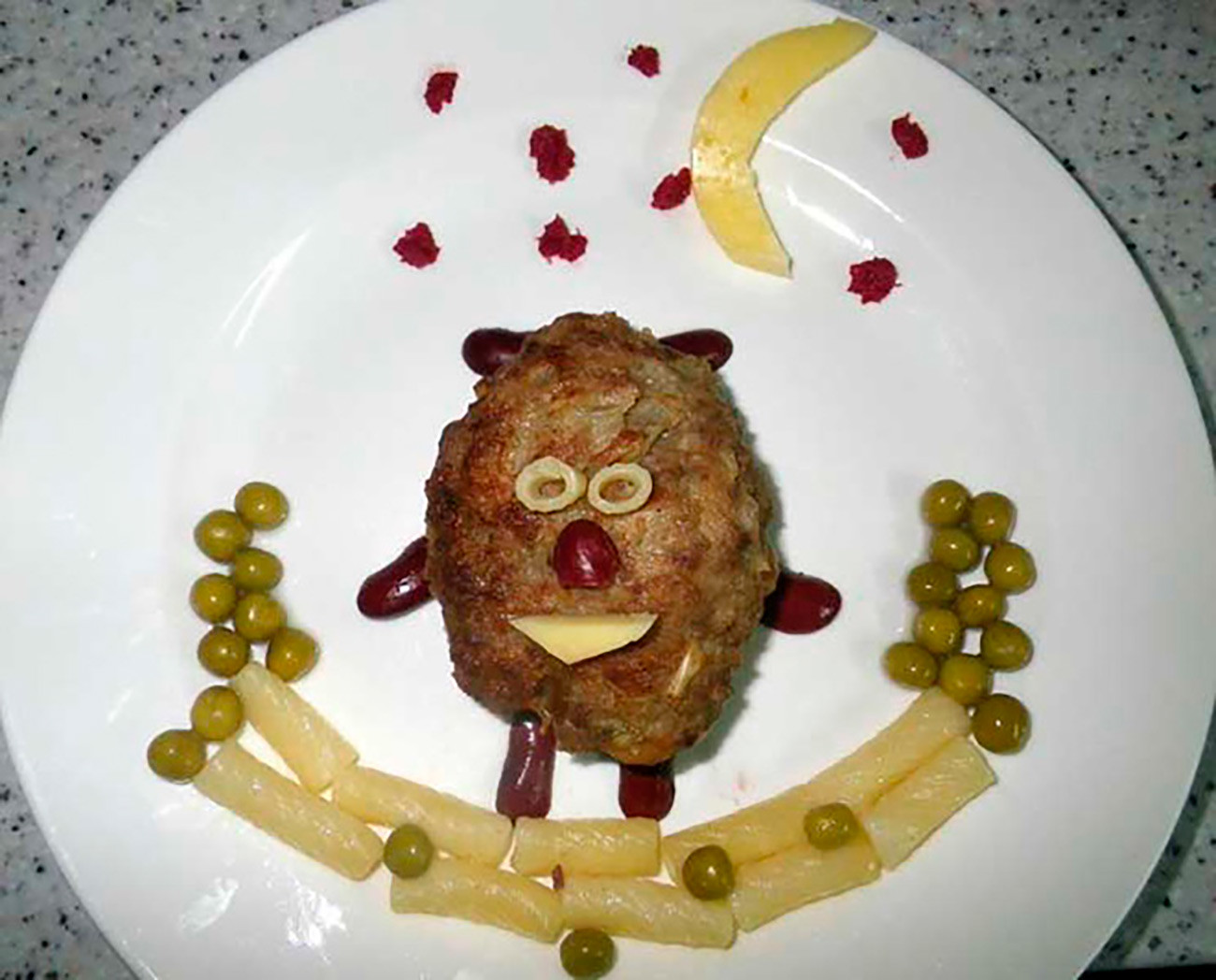 “I wasn’t going to eat it, I was only going to taste it!” Poor Winnie has met his fate in this dish! Unless you decide not to eat it!

The "recipe" includes "normal" ingredients such as dough, tomato puree, and cheese. But be careful, it may bite back! 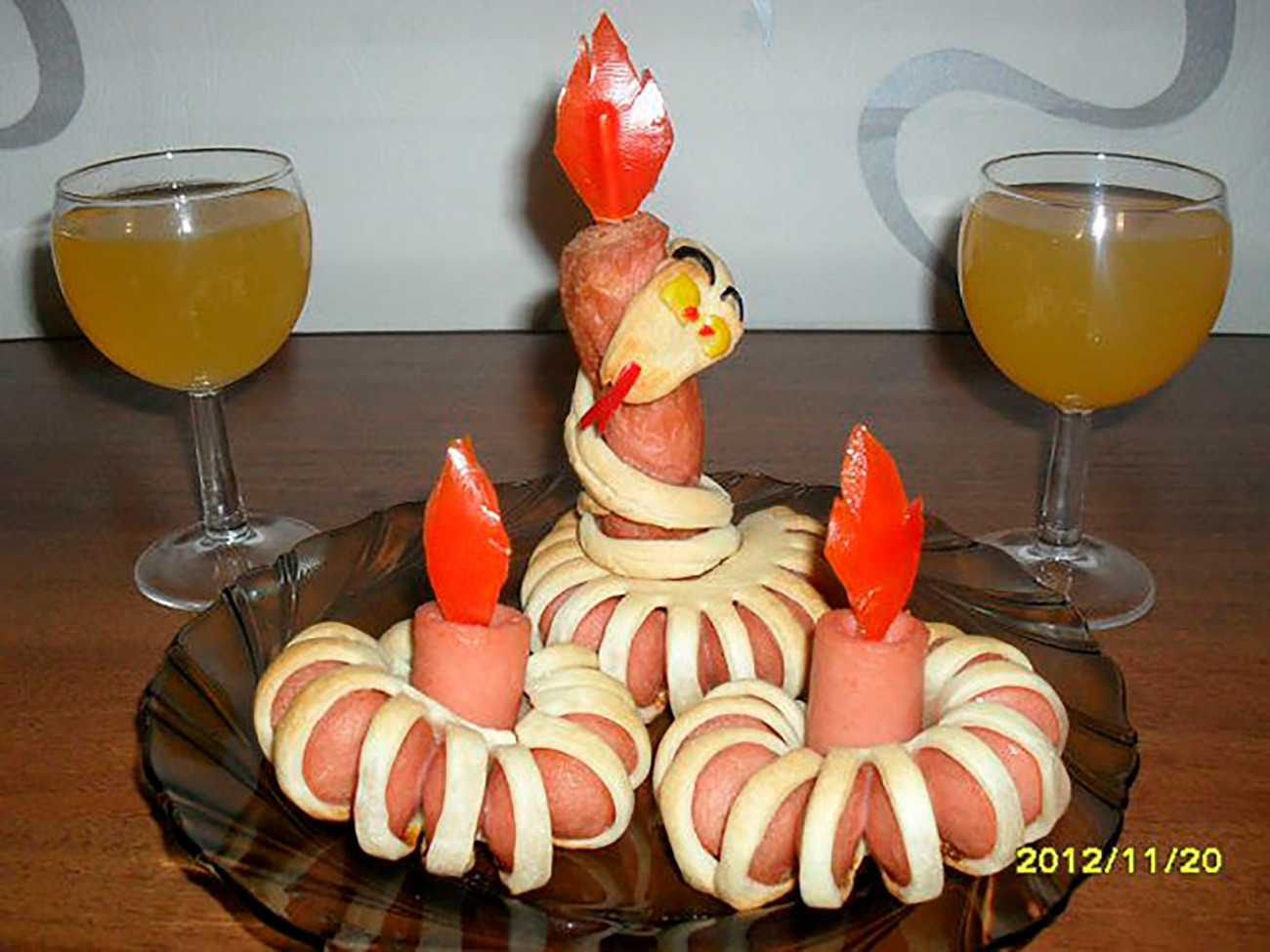 Struggling to get into a romantic mood? Make this ssss-ausage pastry dish with a hint of Adam and Eve's fall! 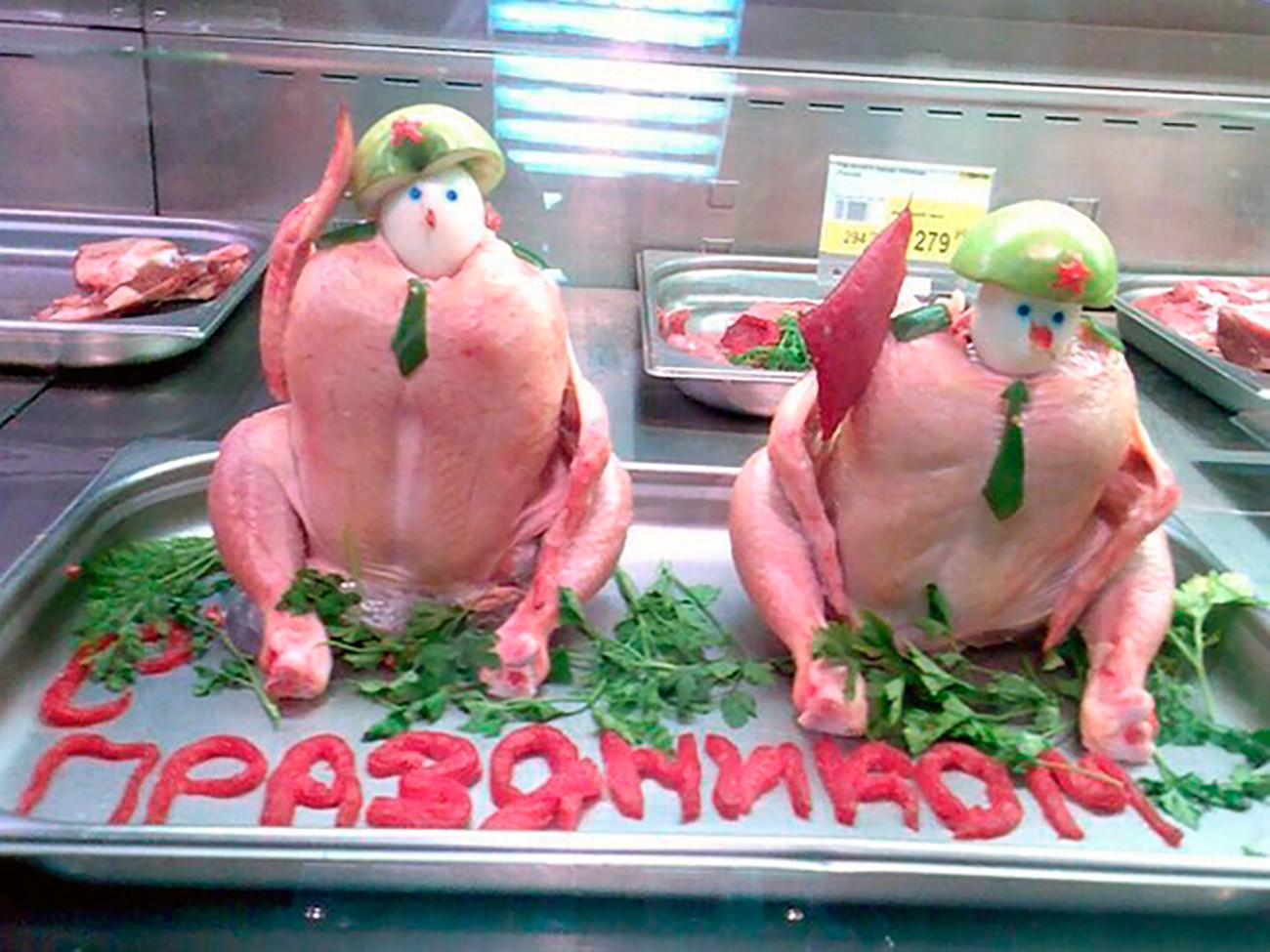 These "chicks" wearing helmets want to cheer every guy up on Russia’s Defender of the Fatherland Day celebration! 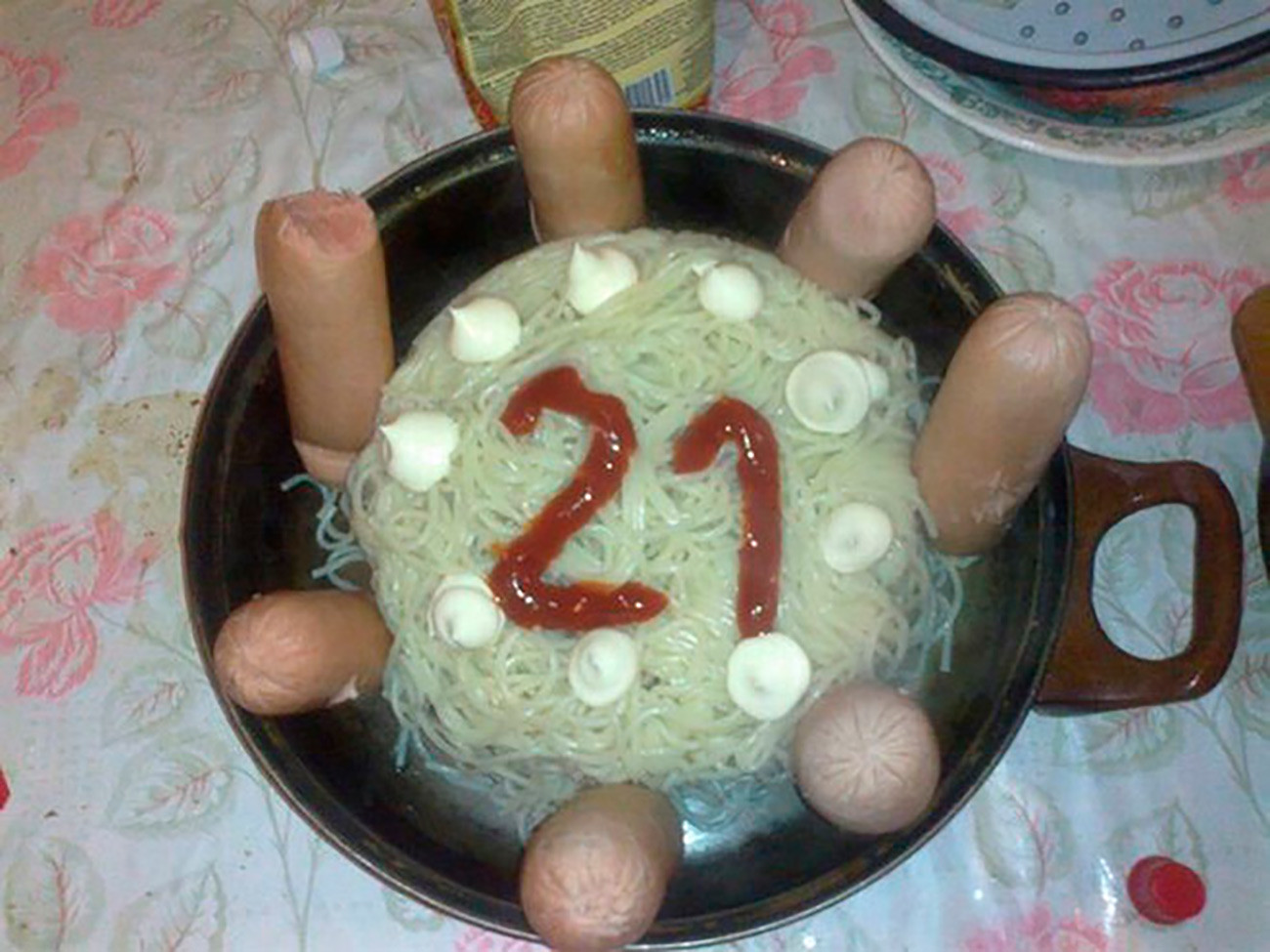 This is how birthdays are celebrated when you leave your parents’ house and start living on your own! Yummy! 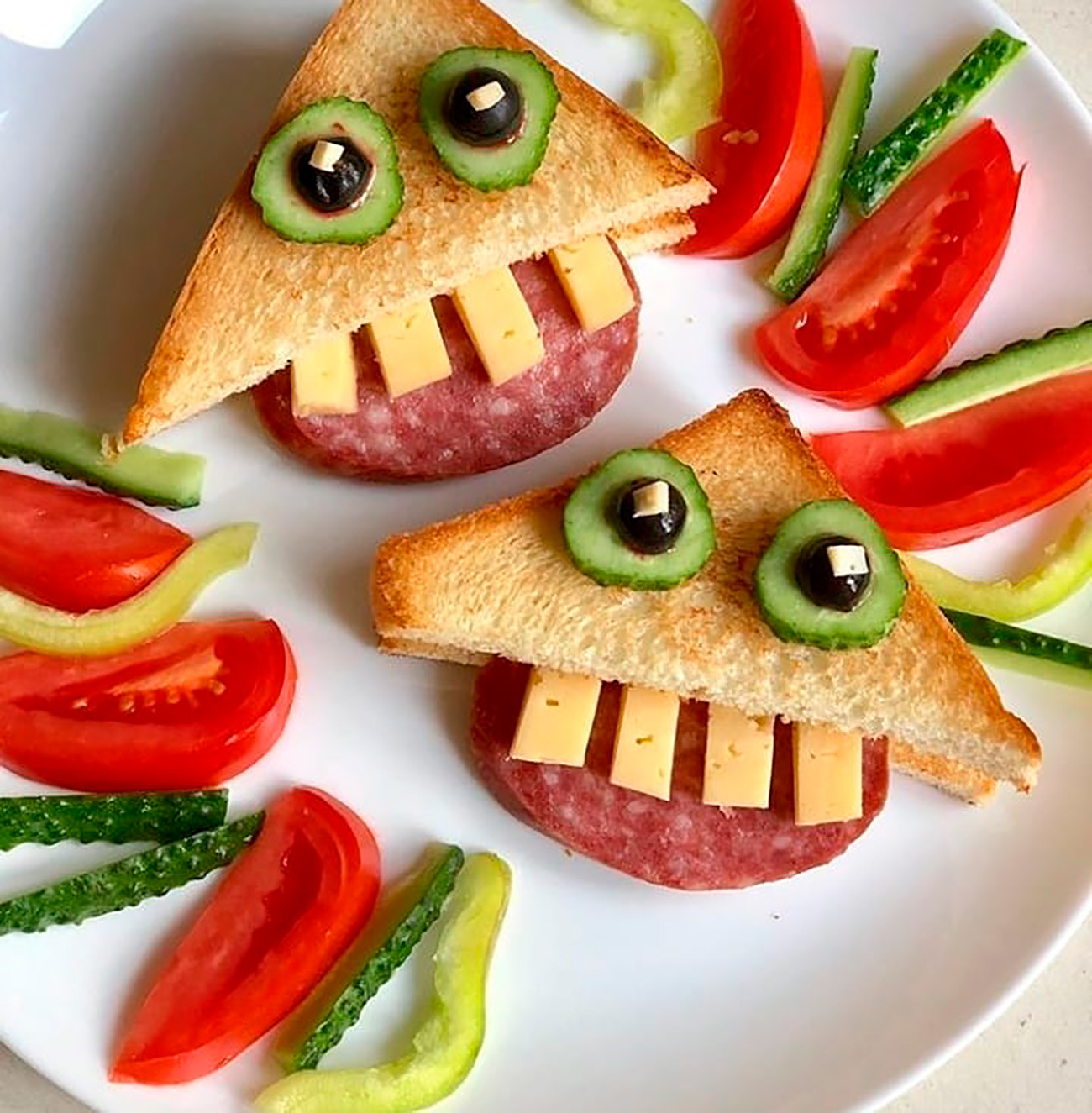 Many parents think that if they add eyes and mouth to the dish their kids will eat it with more enthusiasm. Yikes! Why would you want to eat your imaginary best friend? 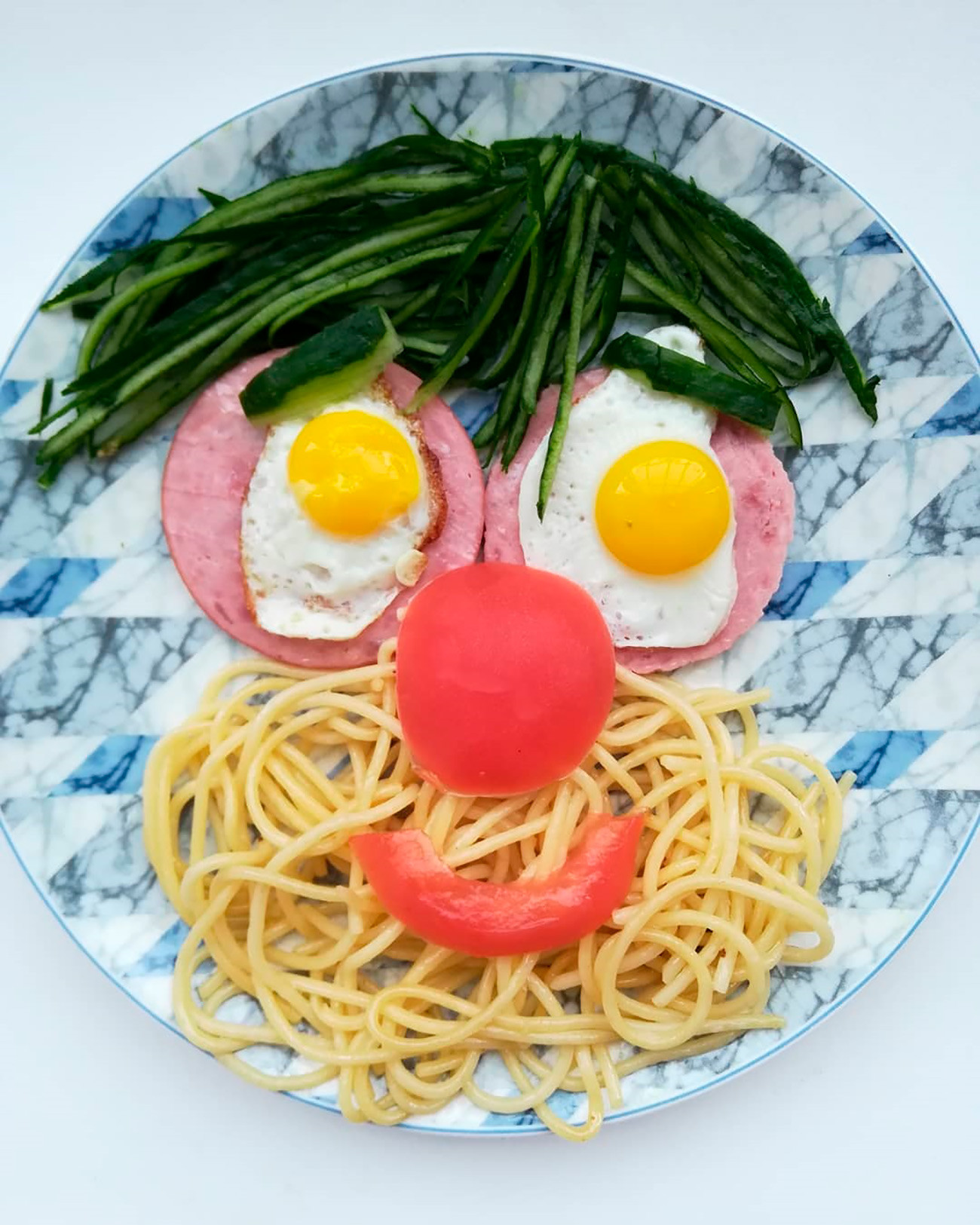 Unlike the terminator, this breakfast made from spaghetti and eggs only wants to wish you well in the future!

Ha-ha. Classic! Have you ever played with your sausages?

This dish is healthier than your average dish! Yogi bear would approve!